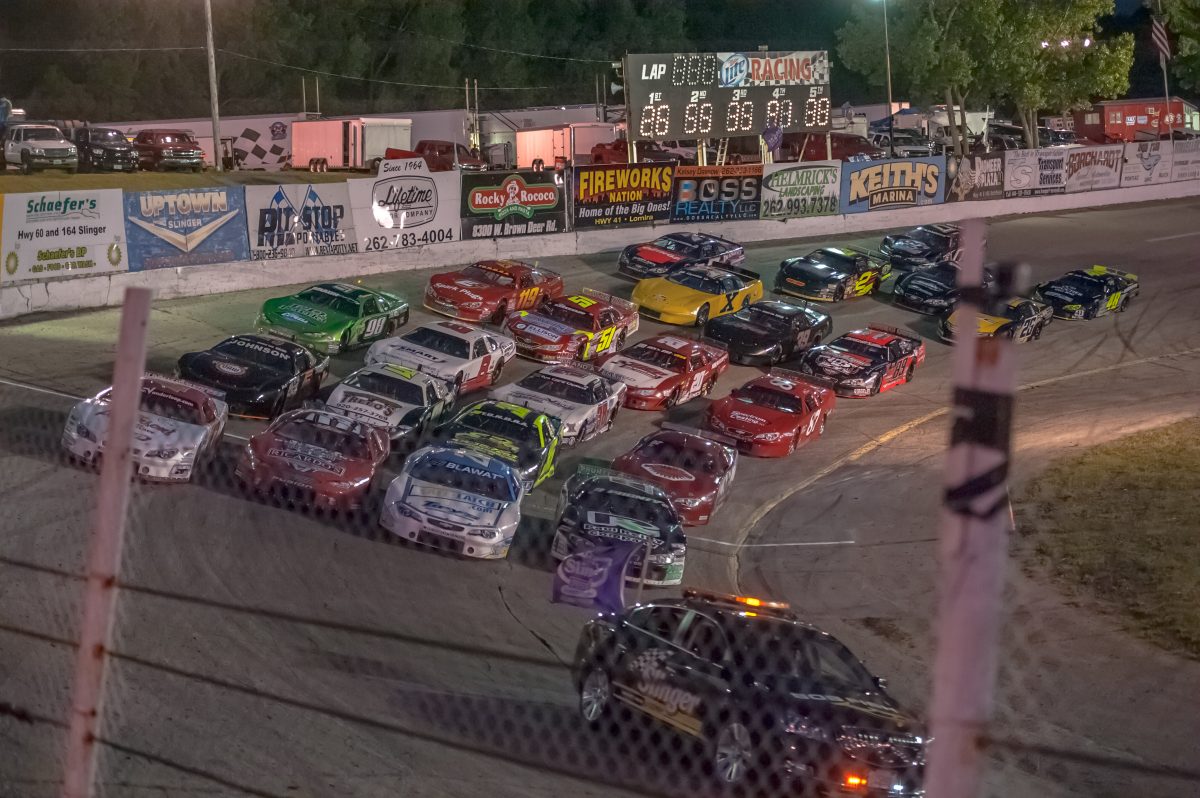 Two Weeks Remain in Other Divisions

(Slinger, WI)—Defending track champion Steve Apel and Chris Blawat will do battle, in a winner take all showdown, Sunday night, September 4, at the Slinger Super Speedway as the super late model championship will be decided.

Apel will take a five-point advantage in the season-long standings, into Sunday evening’s program. The three-time and defending track champion, Apel, has struggled the last two weeks. He destroyed his race car two weeks ago in a vicious crash and last week was involved in a lap two feature crash while campaign a car he borrowed from Duke Long.

“We’ve been in this position a few times in the past,” recalled Apel. “I really hope it comes down to a race for the lead with a few laps to go.”

While Apel has struggled the past few weeks, Blawat comes into Sunday night with a full head of momentum, winning two of the last five feature events.

“As a team we will just do the same thing we’ve been doing all year,” said Blawat. “We’ll be prepared and make sure the car is prepared and just go and see how it plays out.”

“We’ve had a car that’s been good in the races,” said Blawat. “The car has been good at the end of runs. It’s likely going to come down to which one of us beats the other come feature time.”

The late models, area sportsman, Heros bees and figure 8’s will join the super late models on the card Sunday night. Two weeks remain for those drivers in their 2016 championship chase.

In addition, the final scheduled fireworks show for the season will take place. The fireworks show will be put on by Bartolotta Fireworks – one of the premier fireworks presenters in the Midwest.

Gates open Sunday evening at 4:45 p.m. with qualifying at 5:00. Opening ceremonies are set for 6:30 with racing to follow. In the case of inclement weather, the race offers a Monday night, September 5 rain date.