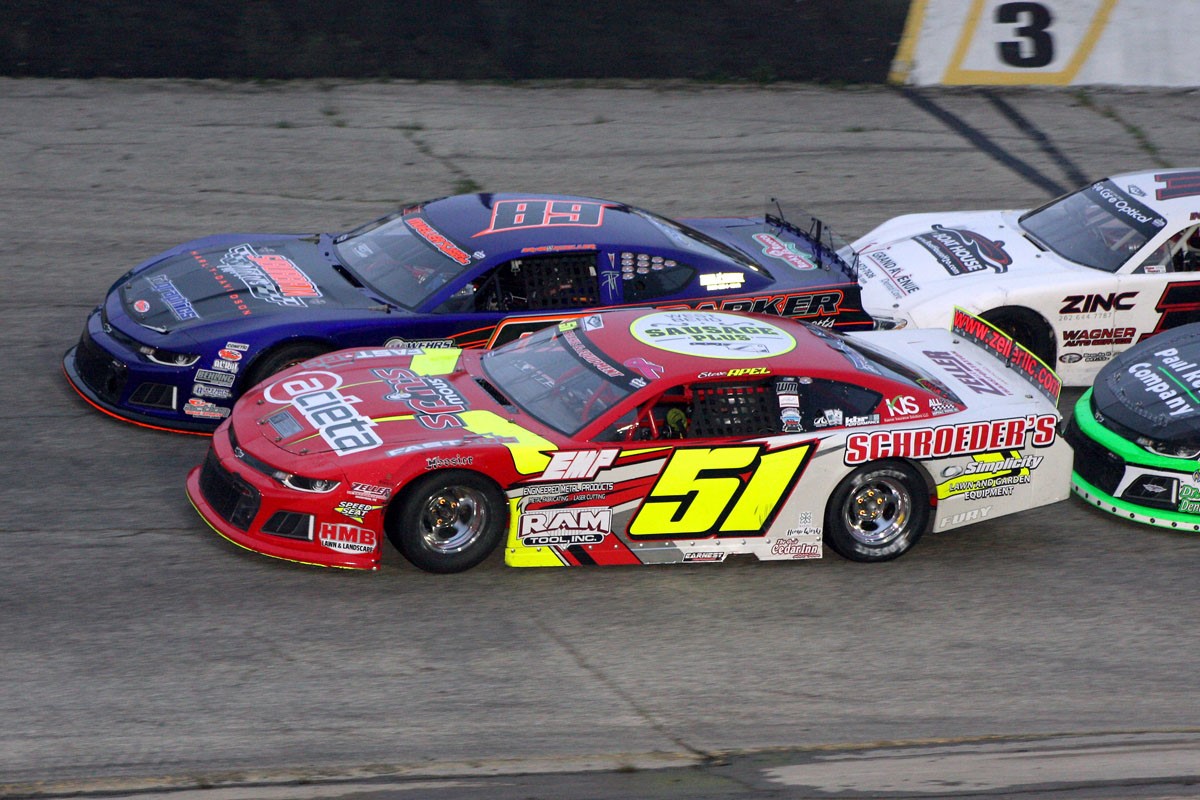 Sportsman The Sportsman cars are a stepping stone to the more powerful Super Late Model division. The division sets up the driver for learning the basic rules, techniques of car set-up and a fun way to race on a working mans budget. Exciting action is what this division provides. These cares are capable of upper 12 second lap times. 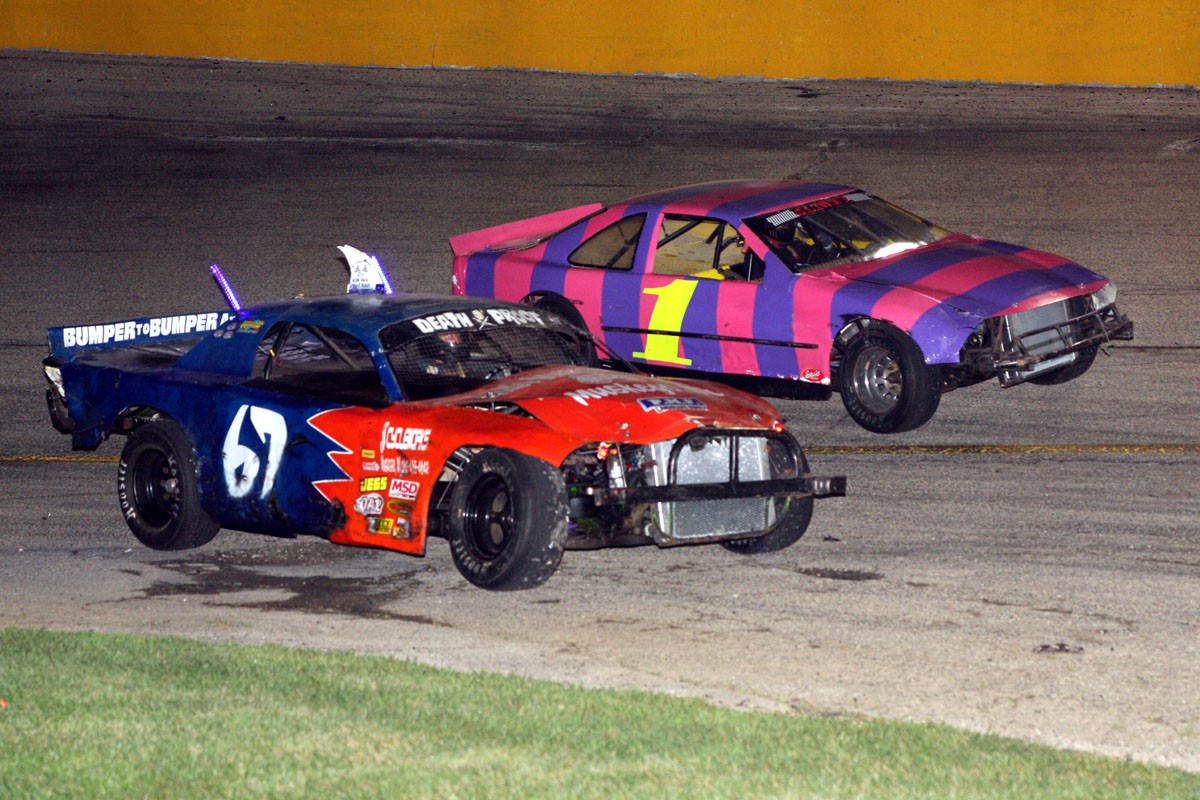 Figure Eights The Figure 8 division is a one race per night class that follows a figure eight pattern. When the field starts to get strung out, the leader begins to encounter the other cars at the intersection. That’s when you hold your breath and see who will make it through “X”! The cars vary from older racecars to any type of American car and often show the driver’s personality! 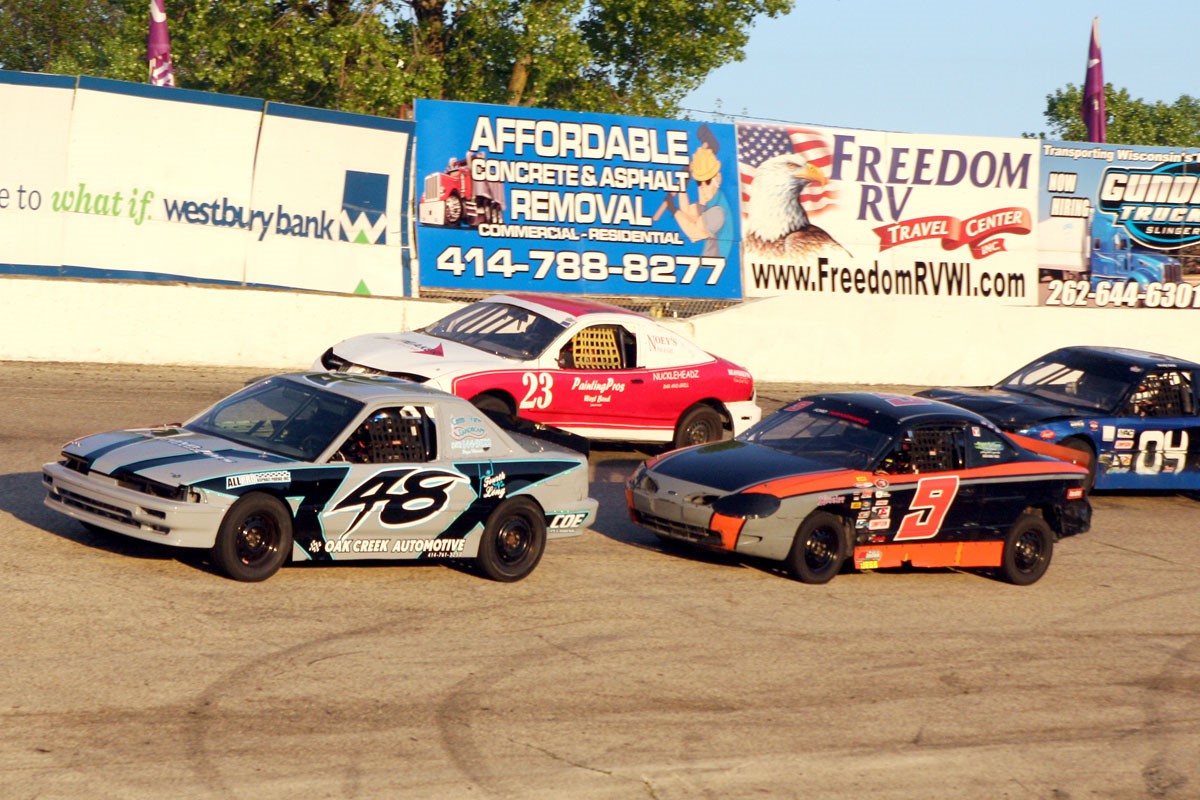 Slinger Bees Possibly the most affordable way to test the high banks of Slinger Super Speedway is in the Slinger Bees division. These basic four-cylinder, front-wheel drive cars are inexpensive to prepare and race. These cars are almost stock from the factory, with minor chassis and safety modifications. If you want to go racing at Slinger, the Slinger Bees are the perfect place to start.

Super Beez are modified Slinger Bee’s. For the racer that wants to go faster they can modify their car into a Super Bee. This division has a spec race tire that all racers must use. Engine and chassis modifications are much more liberal than the Slinger Bee division allowing the racers to go over one second faster per lap. Front and rear wheel drive four cylinder cars are allowed. 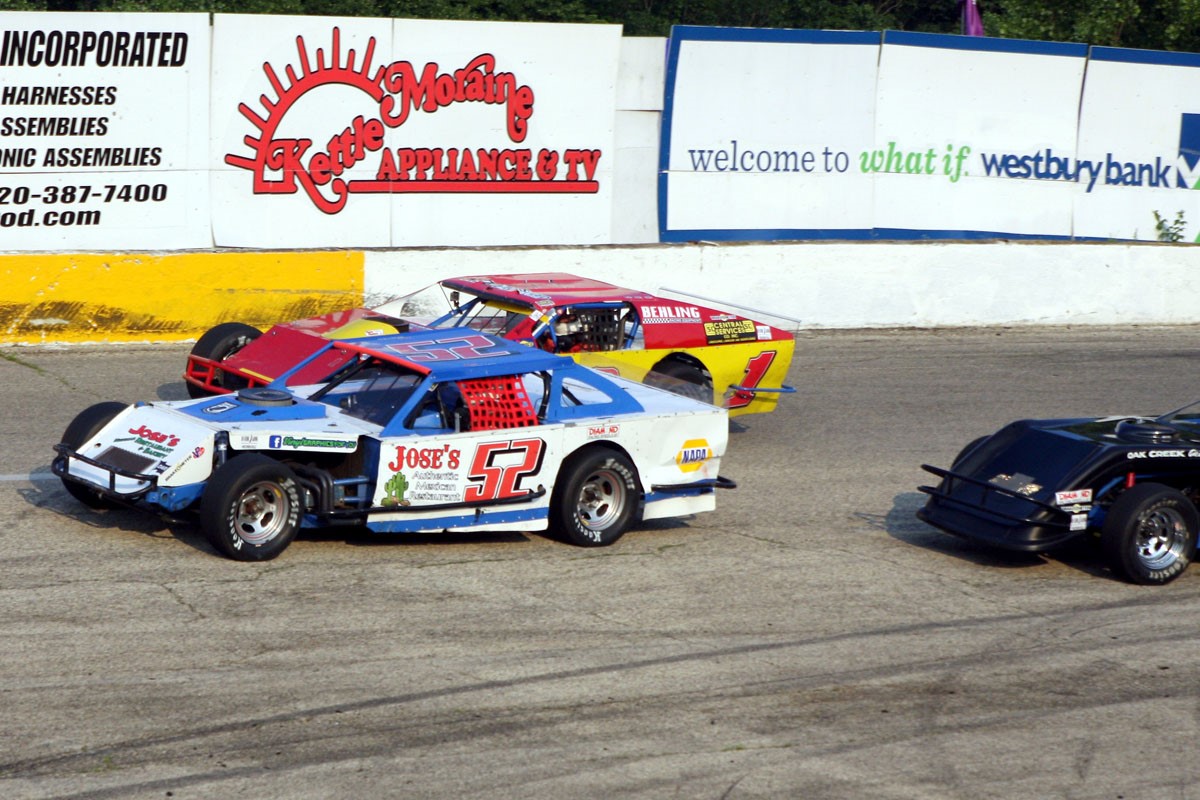 Modifieds (“Mods”) The Modifieds add a unique look to the on-track action at Slinger! Rules that control the costs make the division affordable for the drivers. Running lap times similar to late models, the Mods are fun to watch! 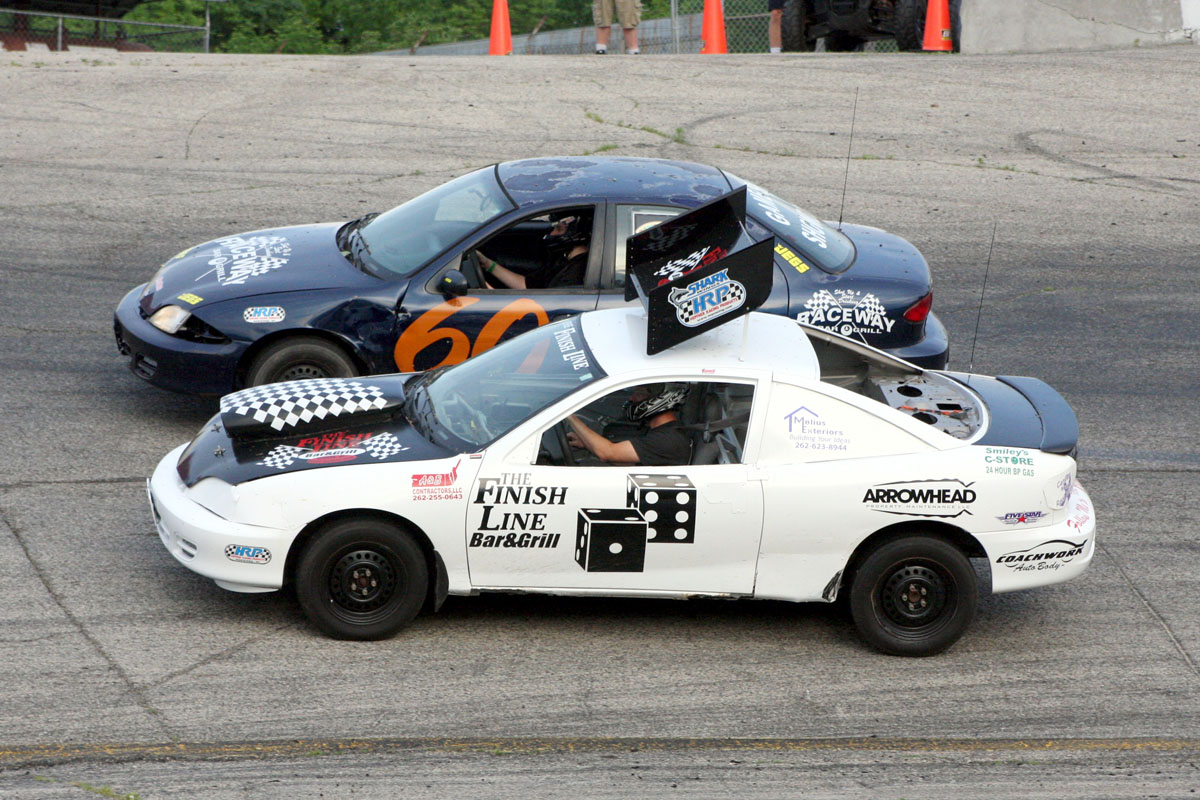 Bar Cars Want to test your driving skills on the high-banks? Rent a Bar Car! These Cavaliers are sponsored by different bars, and allow fans to participate in a 6-lap race. Rent one yourself, or grab a group of friends and see whose skills carry them across to the checkers first! Email slingerspeedwaymarketing@gmail.com for more information 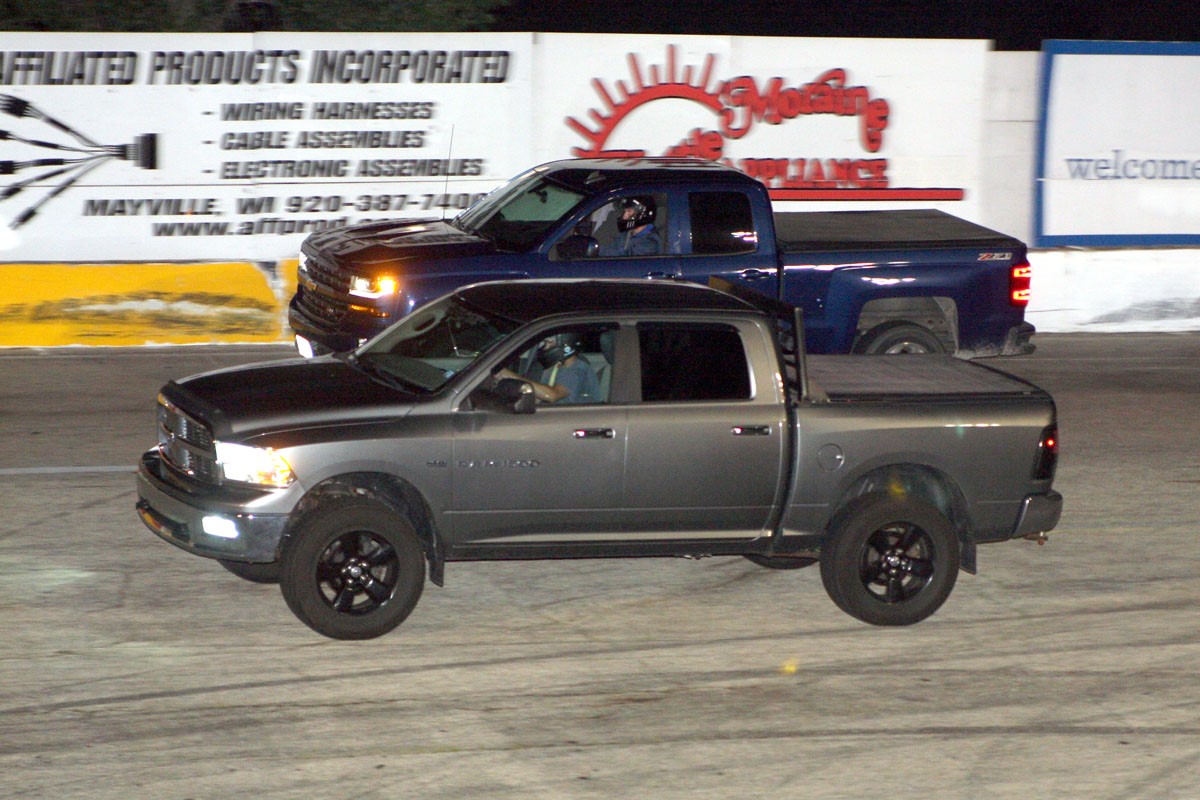 Spectators Take your personal vehicle on the track for one-on-one drag races! Competitors compete in 2-lap races until the final 3-lap shootout! Check the Schedule page for dates the One-On-One Spectators race, and sign up at the Pit Shack on race day!