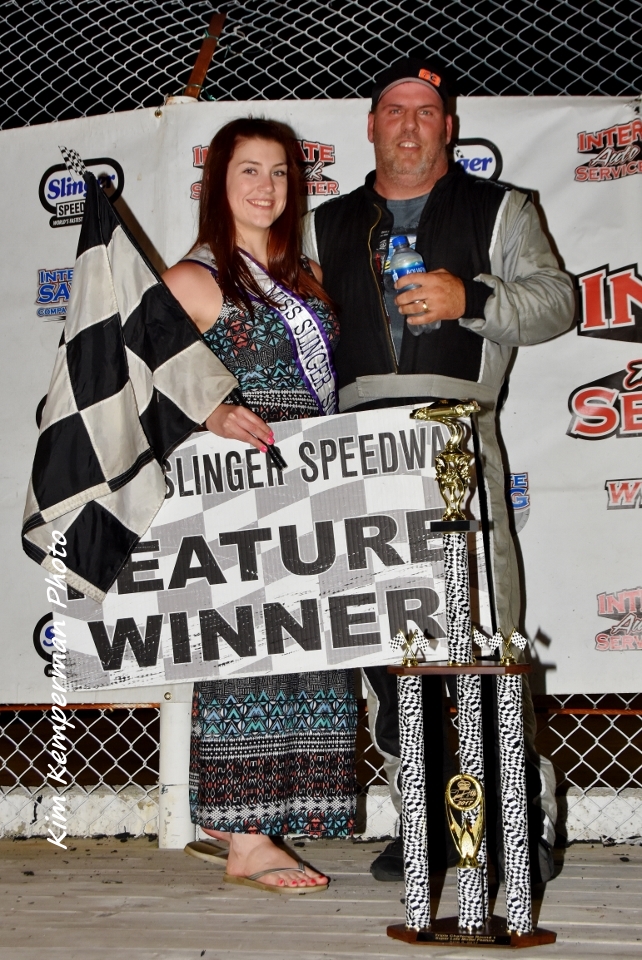 By Dan Margetta
Slinger, Wis., June 4—Gary LaMonte catapulted his way from third to first thirteen laps into the first round of the Pepsi Triple Challenge 60-lap super late model feature Sunday night at the Slinger Super Speedway and drove to his first victory of the season.

“The car was spot on but I got a little worried there as I got tight in lapped traffic, “LaMonte stated from victory lane explaining his late race lane choice that after the event’s only caution flag on lap 45, “We decided on that restart that I would be better up high and it paid off.”

Grant Griesbach charged to the early lead from the outside of the front row as he bested pole sitter Steve Apel at the start. Apel stayed right in Griesbach’s tire tracks during the early stages while LaMonte worked his way up to the third spot. The three ran nose to tail until LaMonte began to look to Apel’s inside for second on lap 12. One lap later while pressuring Apel for second, Griesbach drifted a bit wide through turns three and four which slowed Apel’s progress and opened the door on the inside groove for LaMonte to charge from third to the lead off turn four. Once out front, LaMonte began to pull away slightly while Apel kept within striking distance as further back Chris Blawat, Dennis Prunty, and Alex Prunty all began to advance forward. During the second half of the event, Griesbach began to fade a bit as first Blawat, then Dennis Prunty both made their way by and into third and fourth respectively.

The only caution flag of the race waved on lap 45 for a spin by Rich Loch in turn two and on the restart, LaMonte chose the outside lane, leaving the bottom groove for Apel. LaMonte was up to the task as racing resumed and he immediately established himself once again as the leader. As Apel chased LaMonte for the lead, Dennis Prunty worked his way around Blawat for third while Alex Prunty went to work on Griesbach for the fifth position. LaMonte proved to be too strong for his competition in the closing laps and he drove to the victory over Apel while Dennis Prunty finshed third. Chris Blawat took the checkered flag in fourth followed by Alex Prunty in fifth. Grant Griesbach finished sixth and Derek Kraus turned in a strong performance in seventh. Brad Keith, Mike Meyerhofer, and Mike Egan rounded out the top ten finishers.

Adam Peschek paced the early laps over Tyler Schley and R.J. Braun as the first caution flag waved on lap four for a tangle between Andy Evraets and Brian Holtz off turn four. Peschek maintained the lead on the restart over Schley as Ryan Gutknecht advanced his way into third bringing along Al Stippich and E.J. Waldron. Another caution flag for R.J. Braun’s stopped car in turn four tightened the field again and as the race resumed, Peschek held the lead over Schley who tried to challenge on the outside. Schley found an opening off turn four on the inside to slot in directly behind Peschek entering turn one and as Peschek left a slight opening off turn two, Schley used his momentum to fill the gap and make a charge for the lead on the inside. The two cars made contact exiting the turn resulting in Schley taking the lead as Peschek fought to control his car. Peschek made an impressive save and continued on despite losing several spots as the race remained under green. Meanwhile up front, Gutknecht tracked down Schley for the lead and was able to complete the pass for the lead using the inside lane. Gutknecht would never look back from there and survived two more caution periods to score the victory while E.J. Waldron raced forward to claim second place at the finish. Tyler Schley crossed the stripe in third place while Shaun Scheel and Al Stippich completed the top five finsihers..

Tom Berens scored the victory in the 25-lap Super Beez feature event over George Sparkman and Scott Hoeft in a green-white-checkered finish. Steve Zoromski and Jayden Buckley rounded out the top five. The Super Beez heat race was won by Steve Zoromski and Tom Berens was the fastest qualifier at 13.849 seconds.
Rick Schaefer used a last lap pass to win the Slinger Bees 25-lap feature in a photo finish over Paul Reagles. Tom Elsinger Jr. finished third followed by Marty Tackes and Al Strobel in fourth and fifth respectively. Slinger Bees heat races were won by Rick Schaefer and Marty Tackes and Tom Elsinger Jr. was the fastest qualifier at 15.305 seconds. 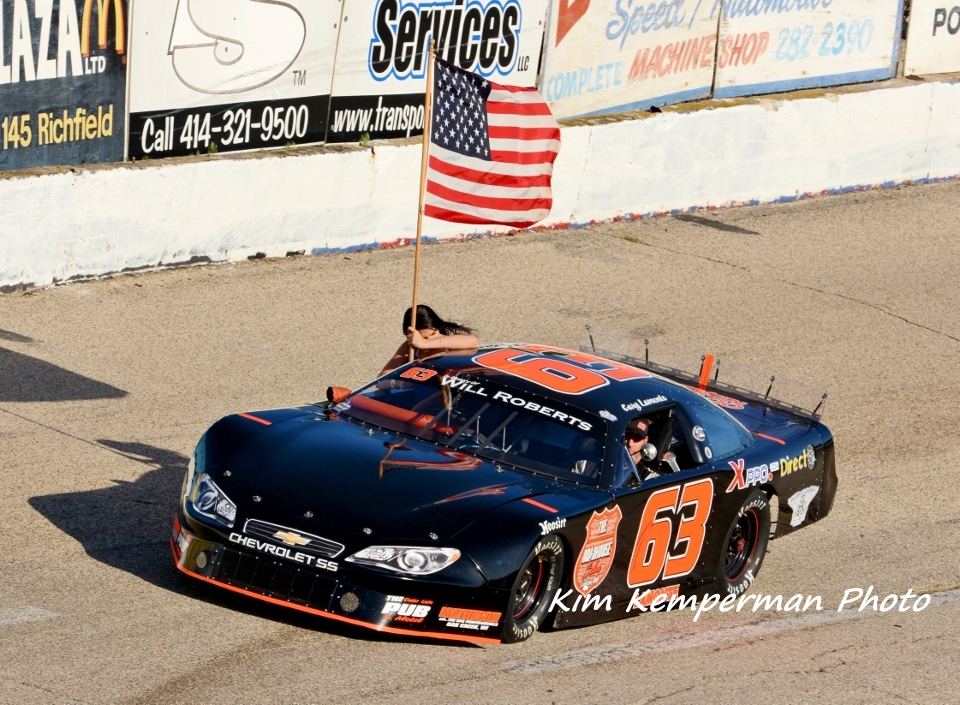 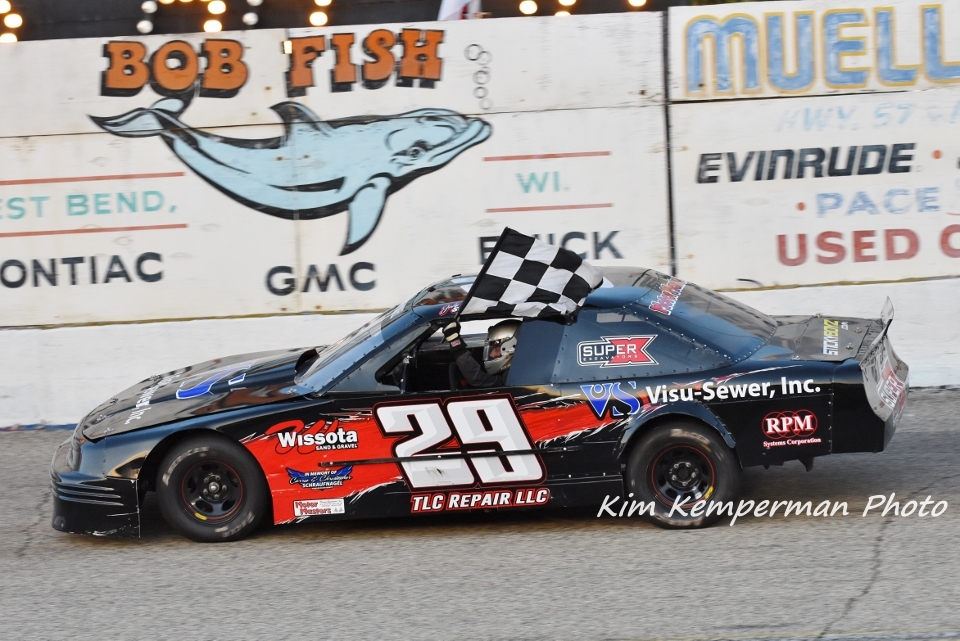 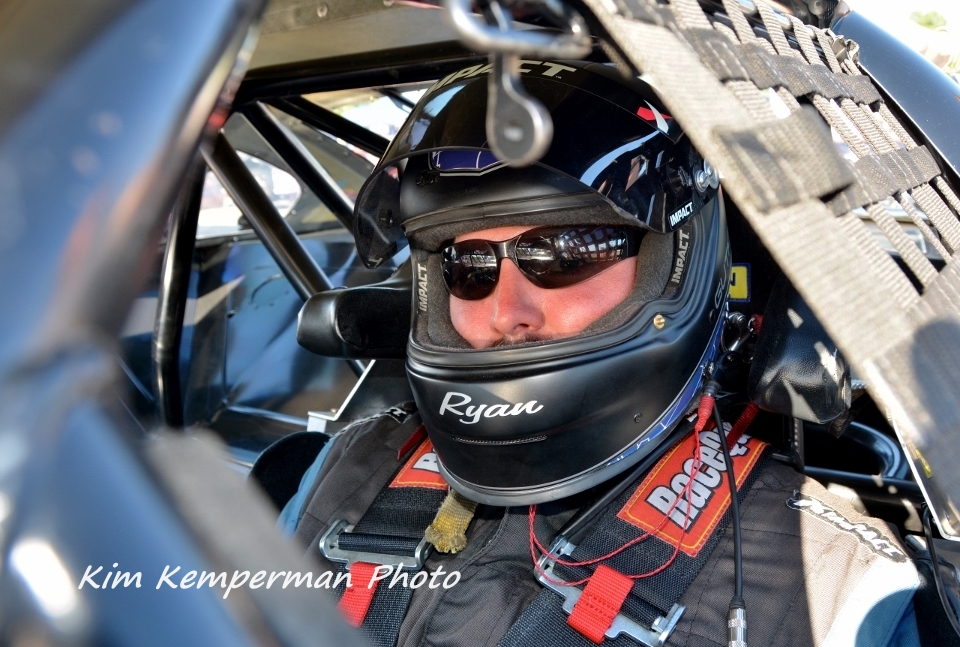 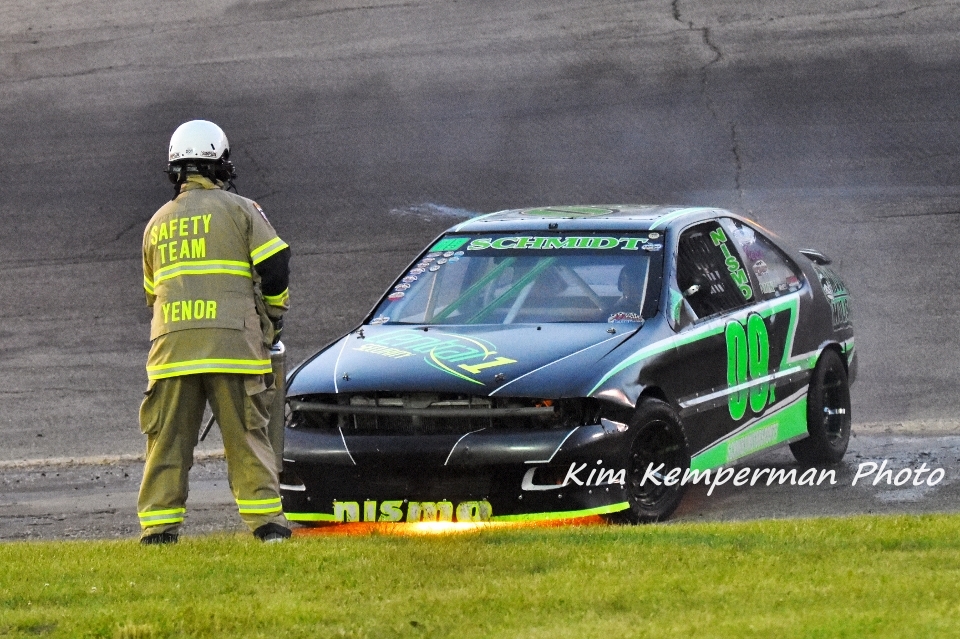 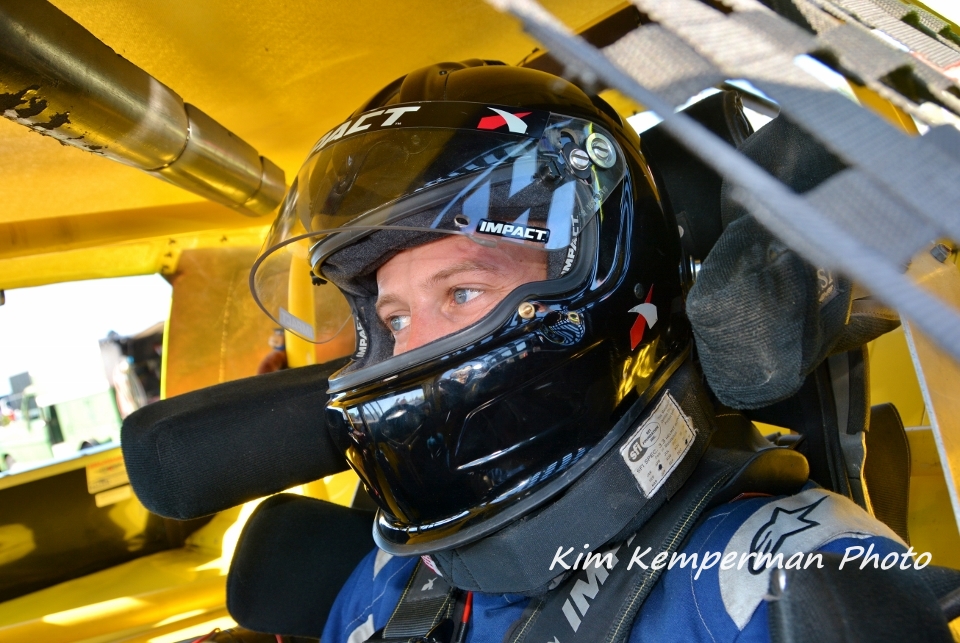 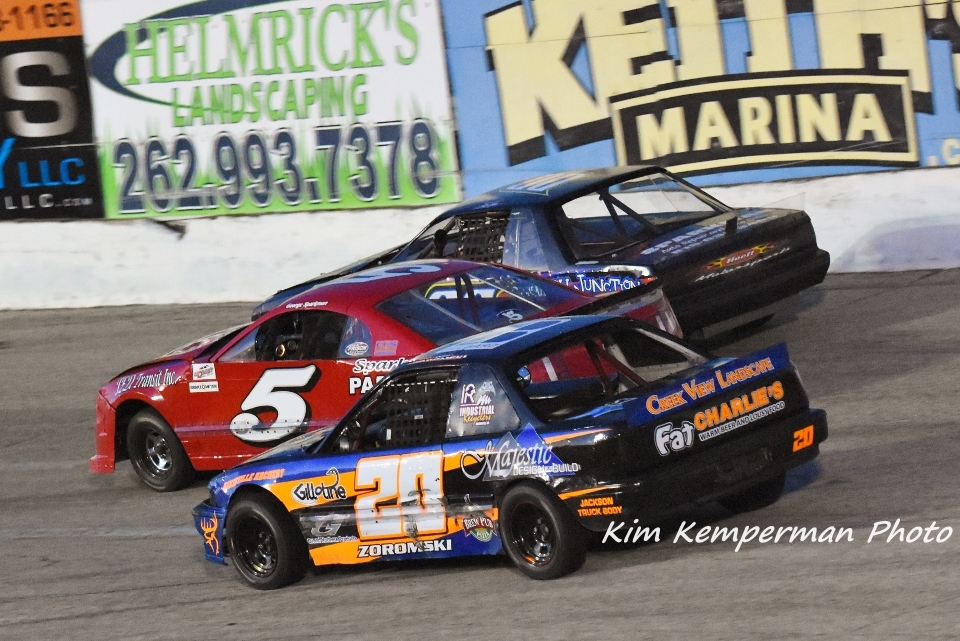 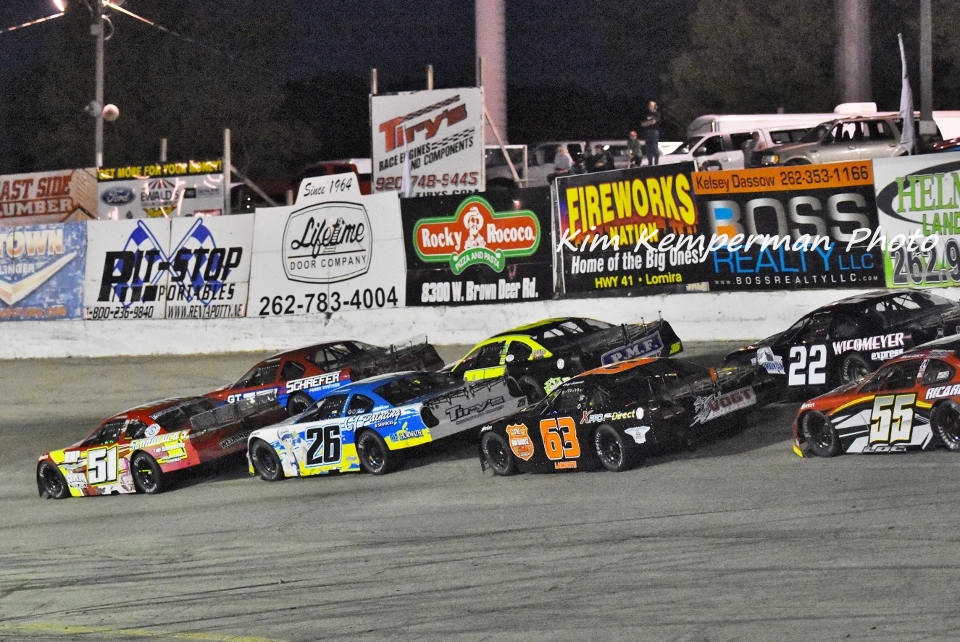 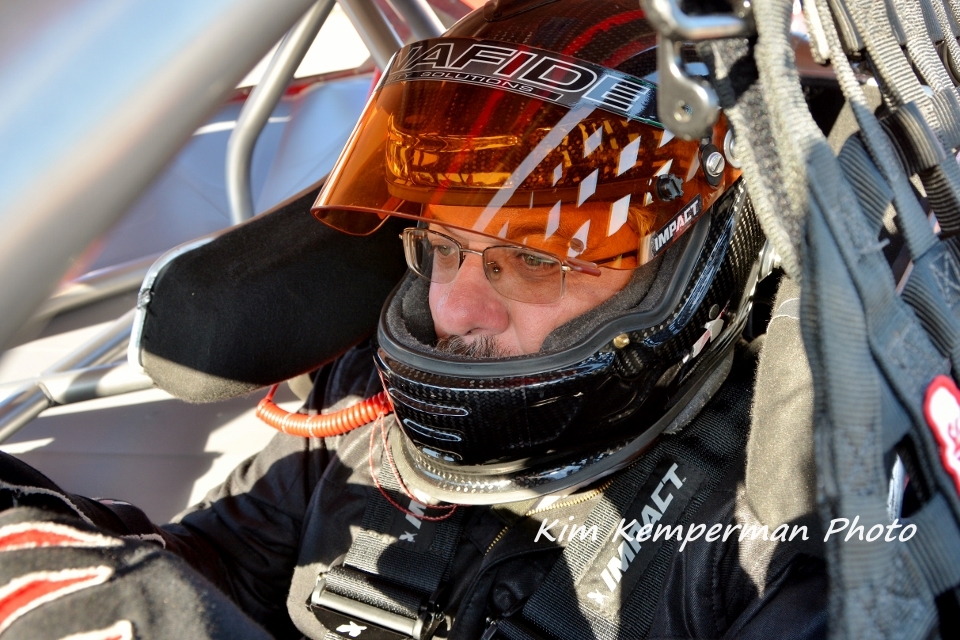 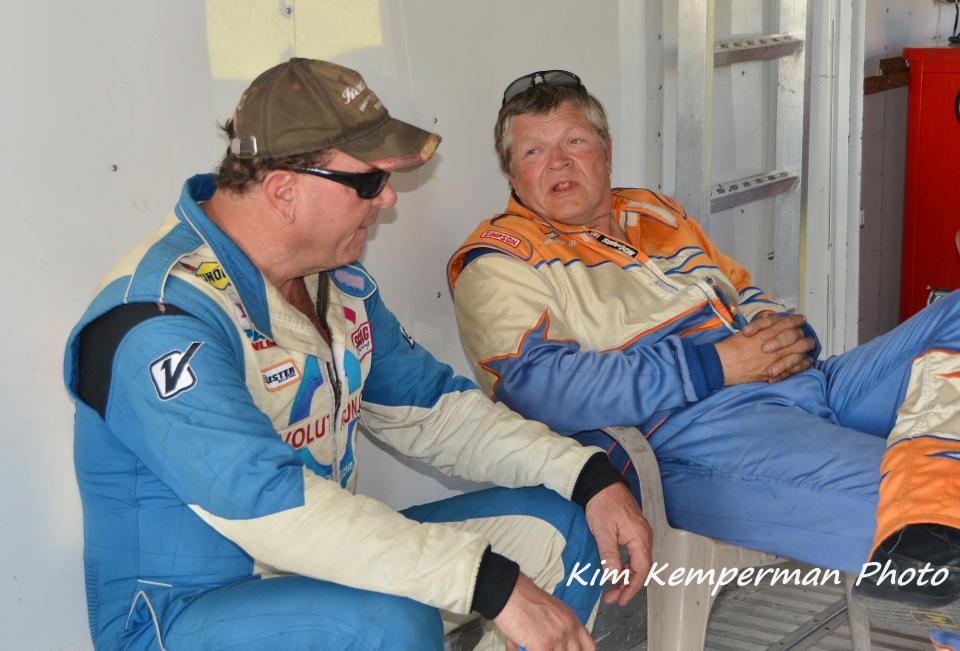 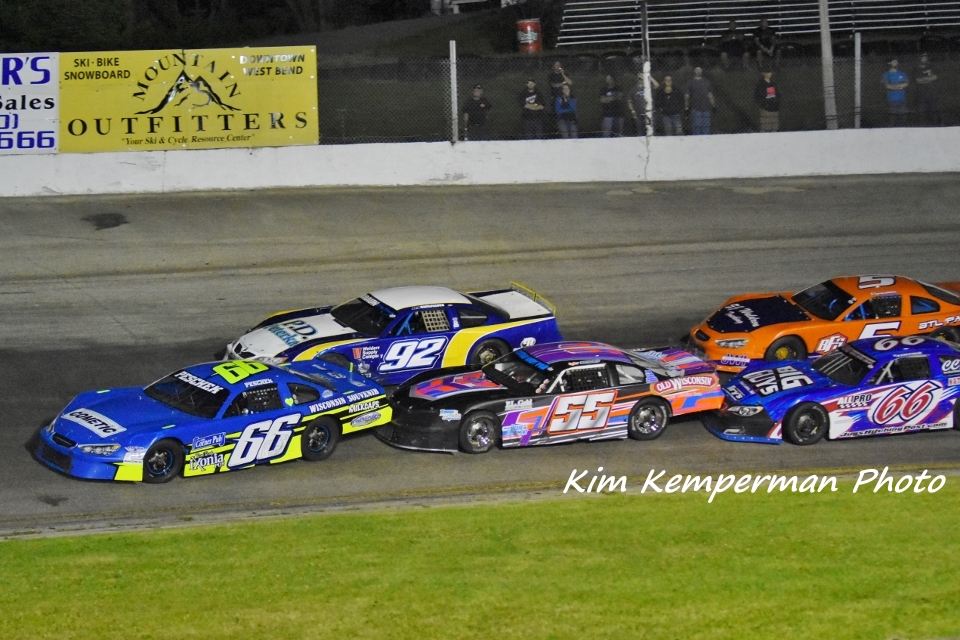 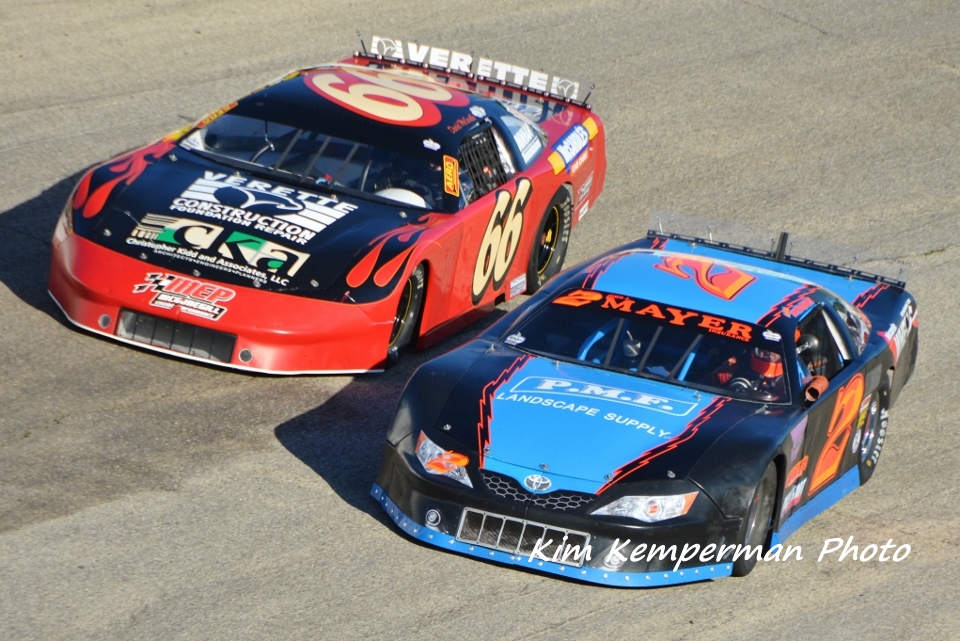 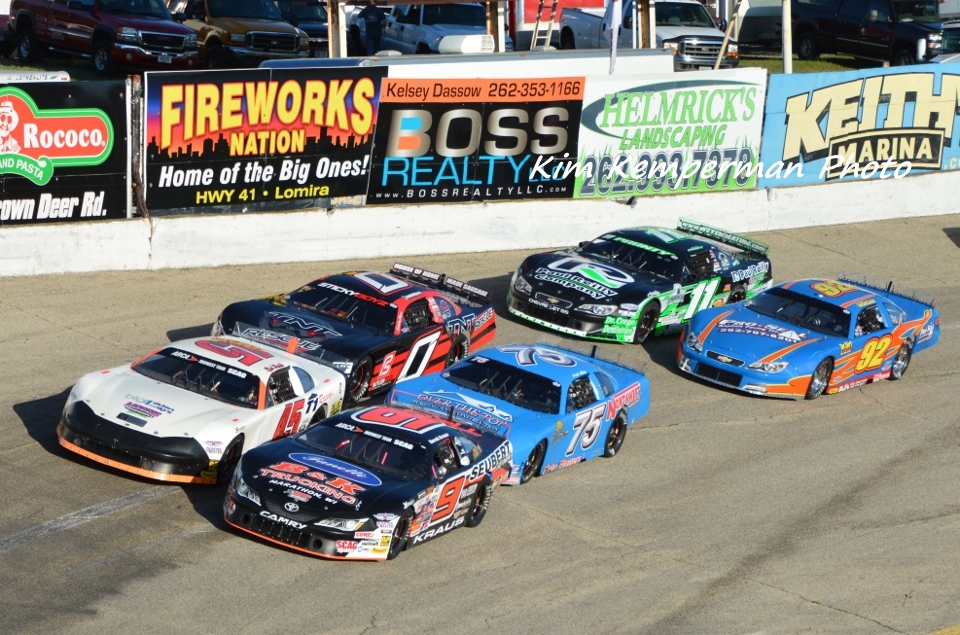 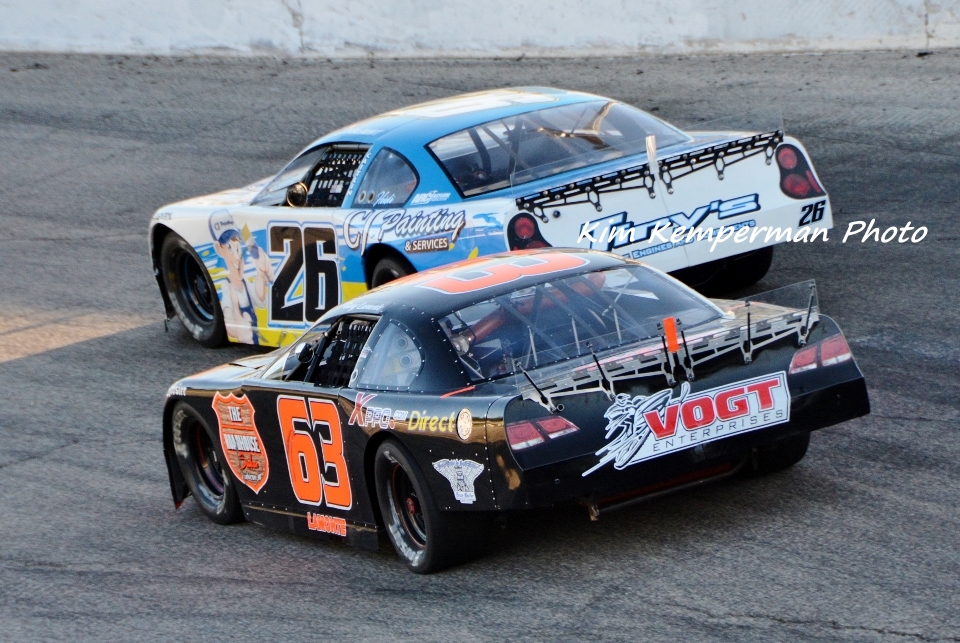 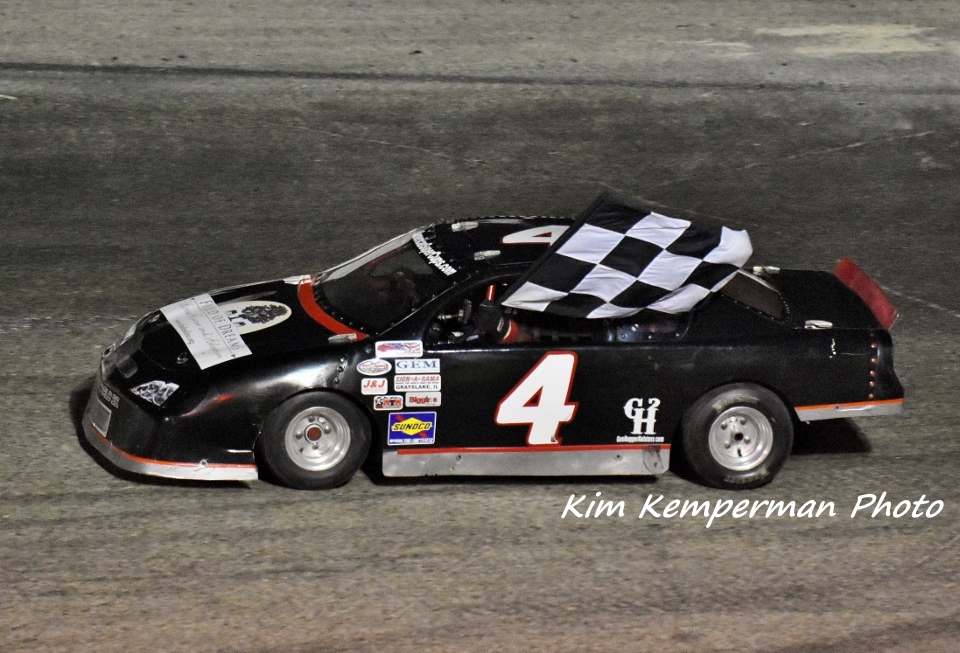 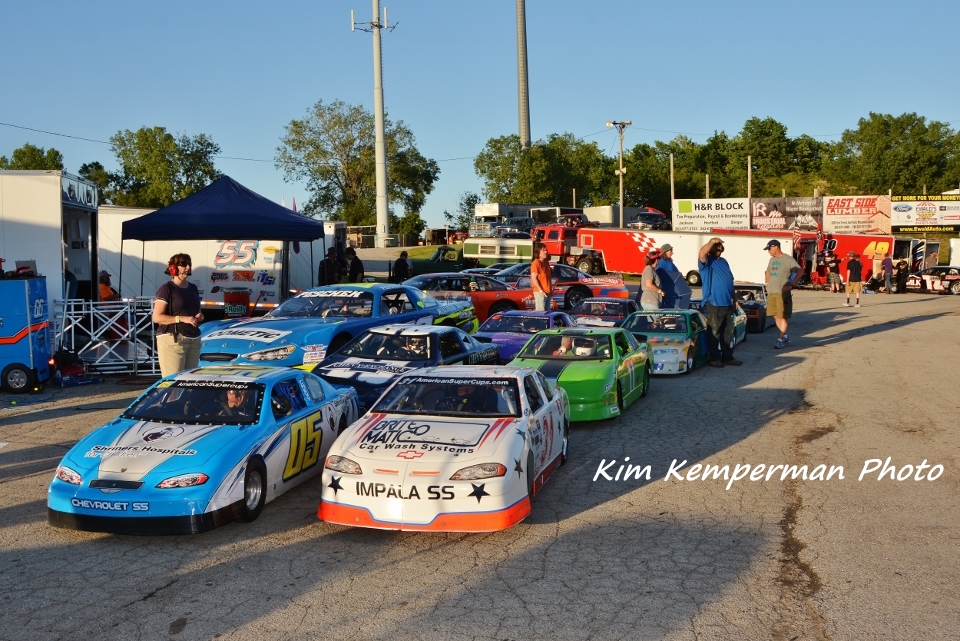 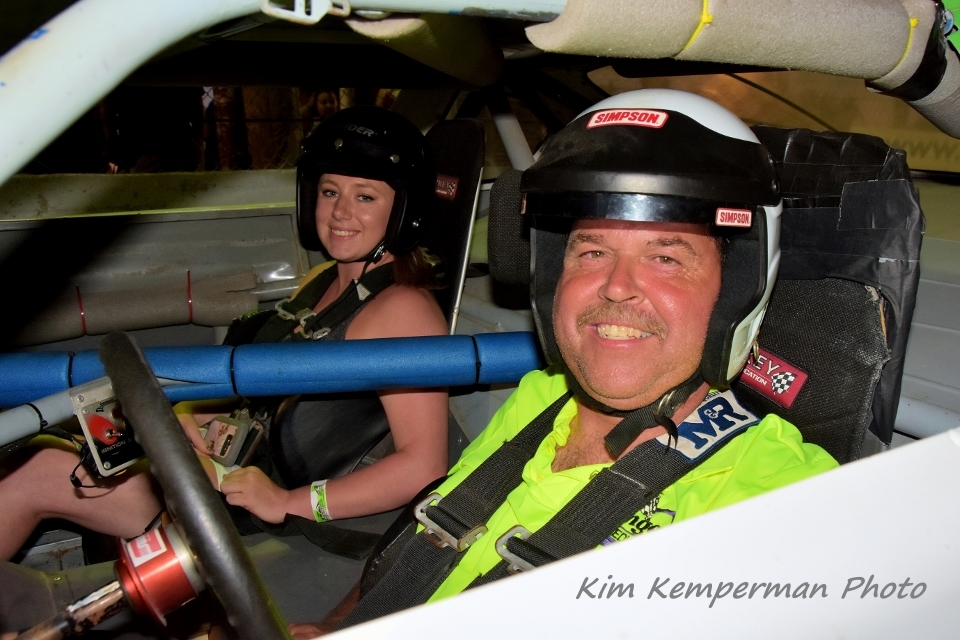 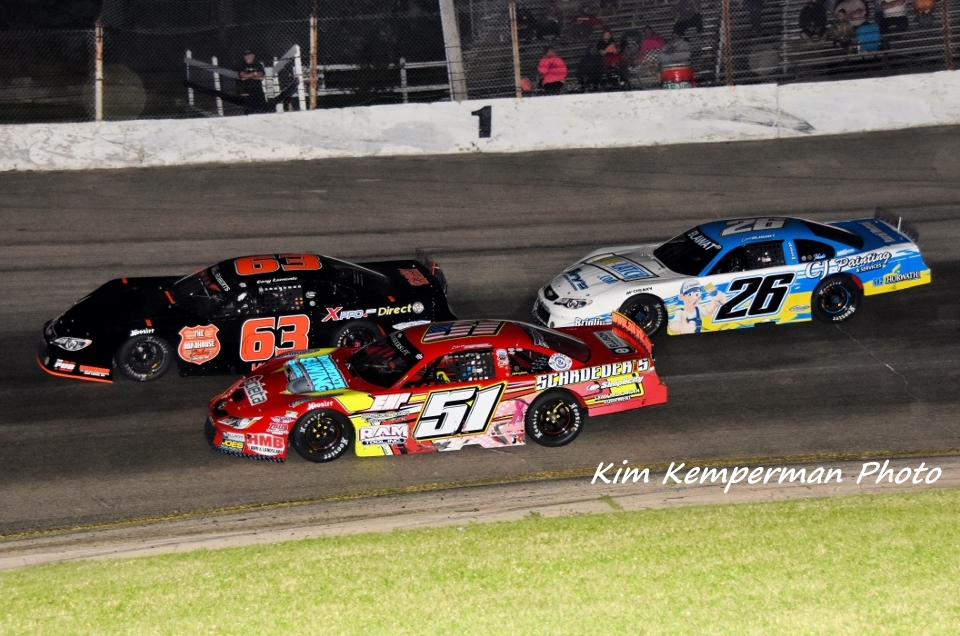 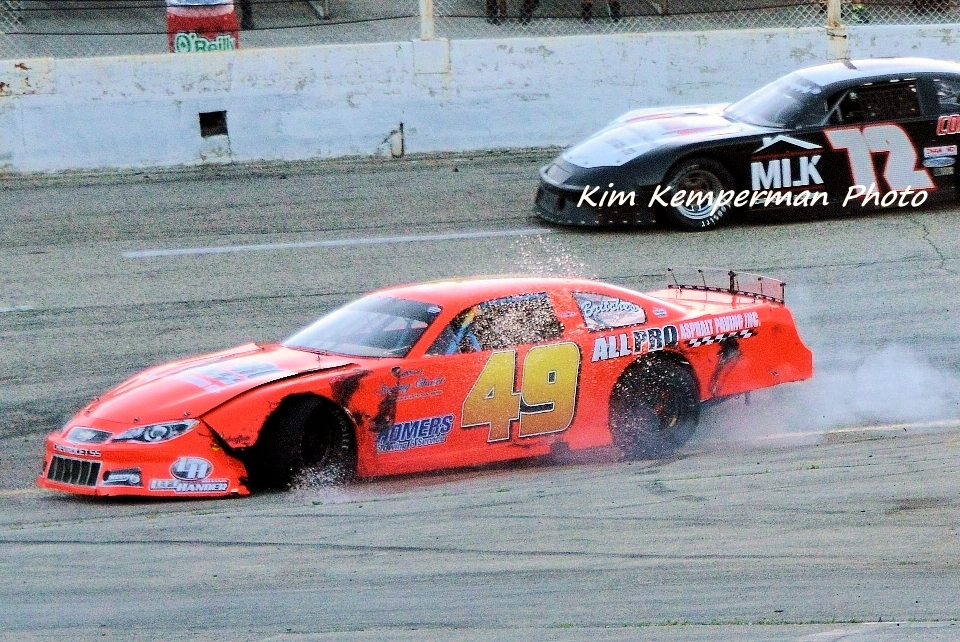