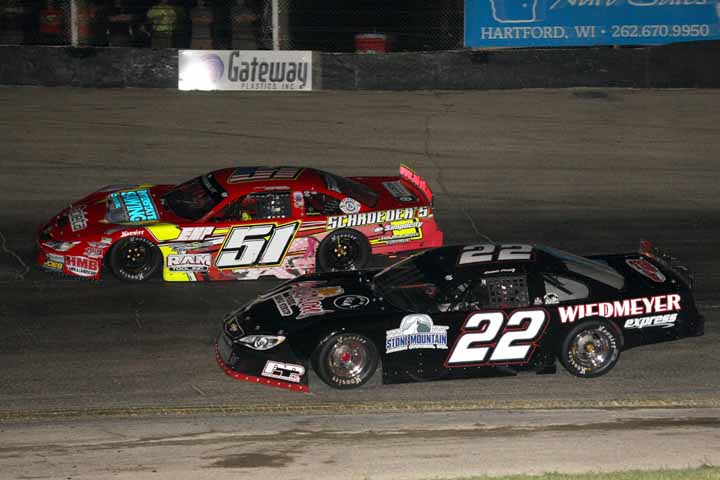 Slinger, Wis., June 11—Anytime Dennis Prunty and Steve Apel battle for the super late model feature victory at the Slinger Super Speedway it’s a guaranteed show and Sunday night was no exception as the two fought fiercely for the win in the 60-lap main event with Prunty edging Apel by a fender at the checkered flag..
“We were just hanging on those last five laps and I swear the left rear tire was flat,” Prunty stated from victory lane, “I did everything I could to keep it in front.”

“I have to thank Steve Apel for letting me collect it there too because we both could’ve been going to the trunk on the last lap,” Prunty continued referring to late race contact between the two that nearly sent Prunty’s car spinning on the final lap, “I kind of came down a little bit and well, he let me know.”

“I’m a little disappointed but I knew I wanted to do it clean,” Apel said afterwards standing with his family that included his newborn son, “I got Dennis (Prunty) a couple times and I let him collect it as I thought he was going around there for a second but all around not a bad day with second place.

Front row starters Nick Wagner and Ryan DeStefano raced for the lead in the opening laps before Wagner took command from the inside groove as both Steve Apel and Dennis Prunty began to work their way forward and into the top five. The first caution flag of the event waved on lap ten when Alex Prunty and Rob Braun tangled in traffic in turn four and on the restart, Apel wasted no time in dispatching Wagner from the lead. Following another brief caution when Fred Winn’s car went around in turn two, Apel maintained the lead while Dennis Prunty used the outside lane to move into second, bringing Gary LaMonte with him into third. The top three raced in tight formation with Prunty making numerous looks for the lead to Apel’s inside while LaMonte remained in their tire tracks. On lap 19, Prunty finally made the inside move work as he squeaked by for the lead and when LaMonte filled the gap, Apel found himself in third. LaMonte then pressured Prunty for the lead as he edge to the inside and the two battled side by side for several laps before LaMonte’s car began to slip off the turns. A few laps later, LaMonte exited the speedway in a cloud of smoke as the caution waved again. Prunty and Apel renewed their battle for the top spot as racing resumed and as the laps wound down Chris Blawat and Alex Prunty staged a battle of their own for third place. With two laps to go, Apel was right on Prunty’s left rear corner and a slight tap sent Prunty’s car sliding sideways off turn four. Apel allowed Prunty to gather up the car and the two raced the final lap side by side for the win with Prunty scoring the victory by a fender. Chris Blawat edged Alex Prunty for third while Ryan DeStefano finished a strong fifth. Brad Keith finished sixth and Conrad Morgan was seventh. Grant Griesbach, Randy Schuler, and Rob Braun rounded out the top ten finishers.

Super late model heat races were won by Mike Held and Ryan DeStefano while Gary LaMonte was the fastest qualifier with a lap of 11.402 seconds.

Ryan Gutknecht wrestled the lead away from Steven Schulz on lap 27 and drove to his third consecutive late model feature victory in the 40-lap main event. Schultz finished second while R.J. Braun advanced positions late in the race to finish third. Braison Bennett finished fourth and Al Stippich crossed the line in fifth after making a brazen three wide pass for the position on the final lap. The pass was deemed to have violated the track’s rule against three wide racing and Stippich was scored as the final car on the lead lap, moving Jack Stern into fifth. Brian Holtz finished sixth and Tom Jasinski finished seventh ahead of E.J. Waldron in eighth. Tyler Schley and Jakob Hassler completed the top ten in ninth and tenth respectively.

Tom Berens edged George Sparkman by .097 seconds to win the Super Beez feature in a photo finish. Jayden Buckley, Brandon Tackes, and Rachel Sparkman rounded out the top five in third through fifth respectively. Tom Berens also won the Super Beez heat race and was the fastest qualifier at 13.801 seconds.

Marty Tackes scored his first career feature victory in the 25-lap Slinger Bees feature. Anthony Dorzok was second followed by Paul Reagles in third. Matt Urban finished fourth and Brady Held was fifth. Matt Urban won the Slinger Bees heat race and Paul Reagles was the fastest qualifier with a lap of 15.202 seconds.
David Prunty won the Spectator Eliminator races in his Corvette and Scott Goetzke closed the night with a win in the Figure 8 race. 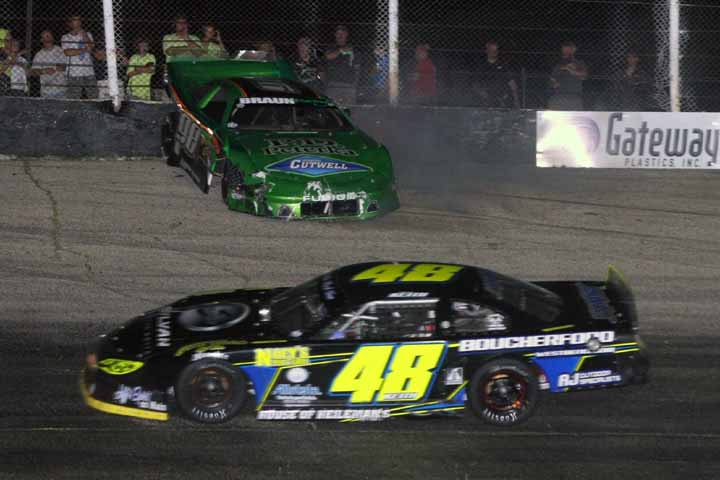 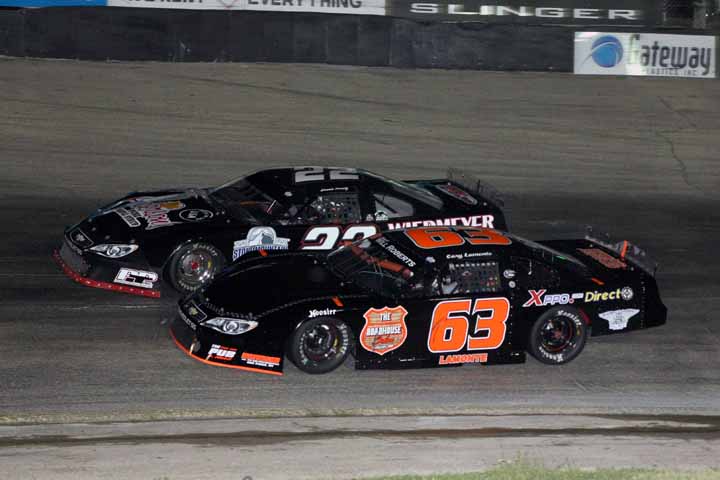 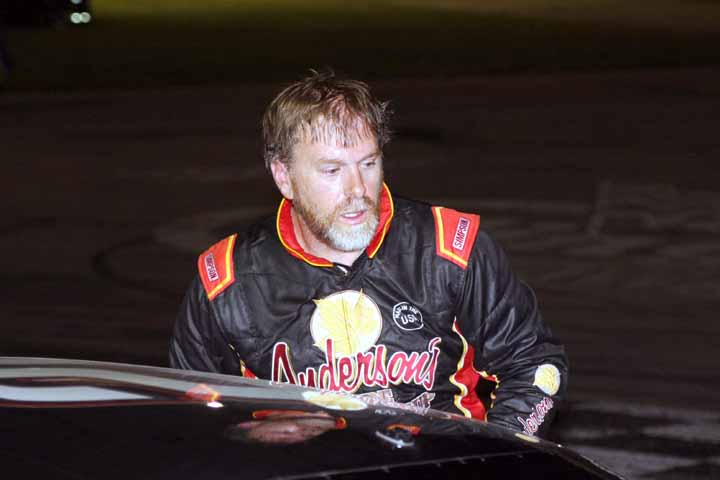 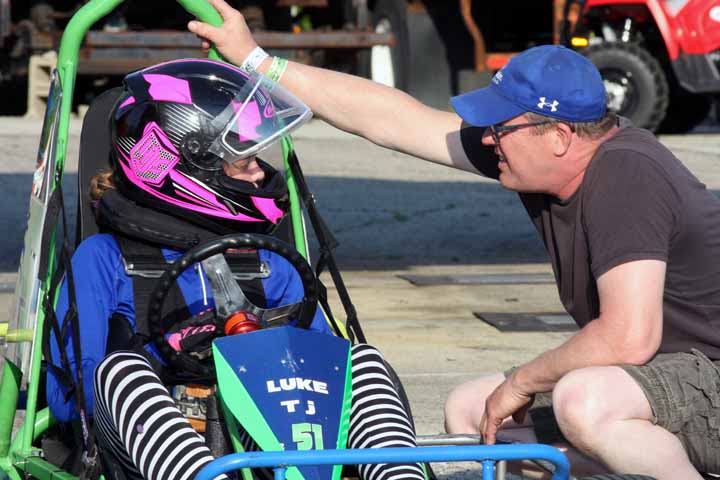