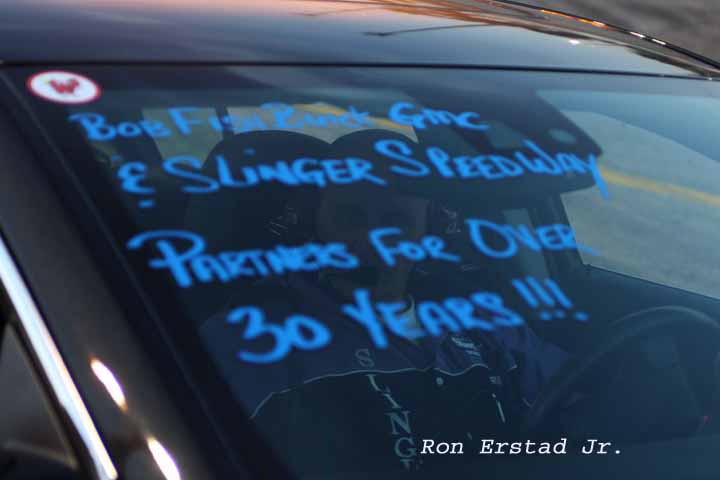 “It seems to be the way it’s gone this year, every time we need a caution, we never get them and then when we don’t need them they’re always there,” Prunty told the crowd after holding off Ryan DeStefano in a green-white-checkered finish, “We just battle back and here we are, it’s incredible the amount of work that goes into this team, but here we are.”

“The car is phenomenal and my crew has been working day in and day out,” DeStefano said after scoring his third runner-up finish this season and gaining ground in the championship battle as well, “I tried everything I could but he (Prunty) was just gone.”

The shoot-out finish was set up by the last of eight caution flags which occurred when Steve Apel and Chris Blawat made contact in turn one and spun while battling for second with two laps to go. Both drivers were placed at the tail end of the lead lap for the restart. The incident proved costly to Apel who stood to gain points in the championship battle after rival Gary LaMonte exited the event with mechanical problems while comfortably leading on lap 38. Apel and LaMonte’s misfortunes coupled with Alex Prunty’s win tightened up the season long championship battle with just five race nights remaining.

Brad Keith edged Nick Wagner at the stripe to finish third and also remain in championship contention while Mike Egan capped off a strong race with a fifth place finish. Tim Lampman also ran a strong race and finished sixth while Chris Blawat rebounded to finish seventh just ahead of Lowell Bennett in eighth. Steve Apel finished ninth and Jeremy DeRuyter made his super late model debut with an impressive tenth place finish.

Super late model heat races were won by Mike Egan and Brad Keith while Gary LaMonte was the fastest qualifier at 11.357 seconds.

Jakob Hassler notched his first career late model feature victory following an aggressive pass for the lead on Jack Stern with two laps to go. Stern held on to finish second while Dan Jung finished third after having to make the event via the semi-feature. Steven Schulz finished fourth and Jon Reynolds Jr. was fifth, driving Chris Ratajczyk’s machine.

Ryan Gutknecht captured the victory in a thrilling 35-lap Midwest Sportsman feature after a tight battle with Eric Lingford.

Lingford led the early going as Gutknecht worked his way forward and they soon found themselves in an aggressive battle for the lead as they traded both paint and the top spot numerous times. With five laps to go, Gutknecht was able to prevail in the battle off the top side and he turned back Lingford’s challenges to take the win. Lingford had to settle for second while Paul Wagner, Bobby Gutknecht, and Jacob Schraufnagel completed the top five.

Jimmie Evans and Bobby Gutknecht were the winners of the Midwest Sportsman heat races and Ryan Gutknecht was the fastest qualifier after turning in a lap in 12.763 seconds.

Tom Berens worked his way around Nick Schmidt with five laps to go and drove to the win in the 25-lap Slinger Beez feature. Schmidt finished a strong second while Steve Zoromski was third. Brandon Tackes and Jayden Buckley were fourth and fifth respectively.

Nick Schmidt won the Super Beez heat race and Tom Berens was the fastest qualifier with a lap at 13.870 seconds.

Tyler DePorter survived an exciting three-way battle for the win with Matt Urban and Tom Elsinger Jr. to come away with the exciting victory. Urban finished a close second with Elsinger right behind in third. Anthony Dorzok and Brady Held were fourth and fifth respectively.

Slinger Bees heat races were won by Al Strobel and Tom Elsinger Jr. while Matt Urban was the fastest qualifier at 15.234 seconds.

Payton Glodowski used a late race pass for the lead to win the 25-lap American Super Cup main event. Amanda Bohn led for much of the race and took the checkered flag in second followed by Jessica Talley in third. Brian Baldyga finished fourth and Mick Ellis was fifth.

Ryan Lovald held off Scott Goetzke and Rick Bruskiewicz to win an exciting Figure 8 race to close out the evening. 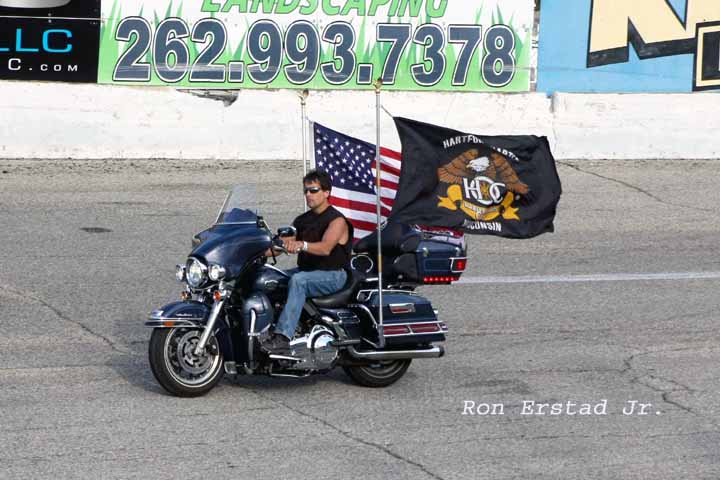 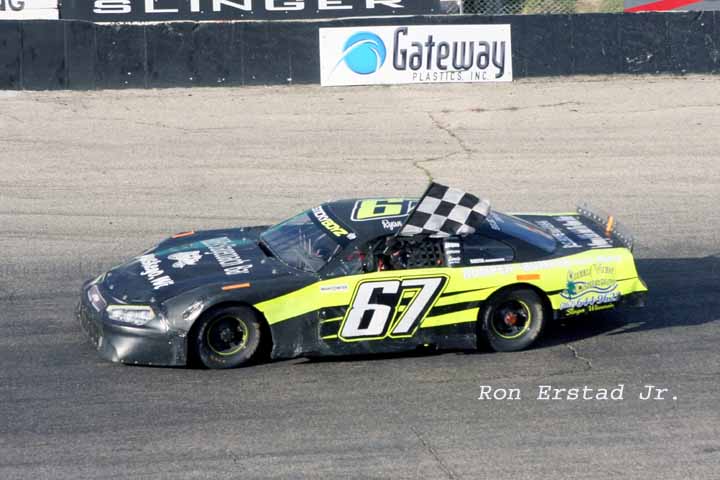 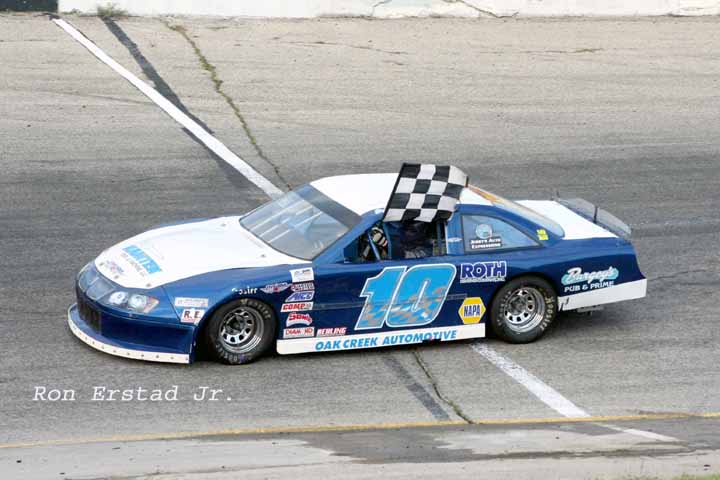 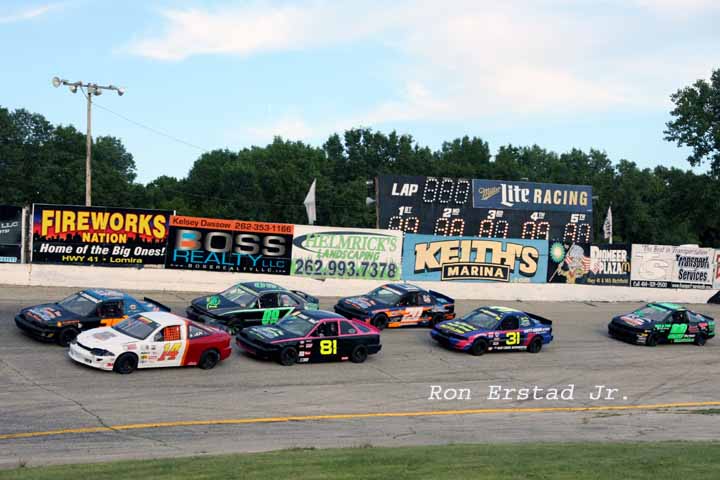 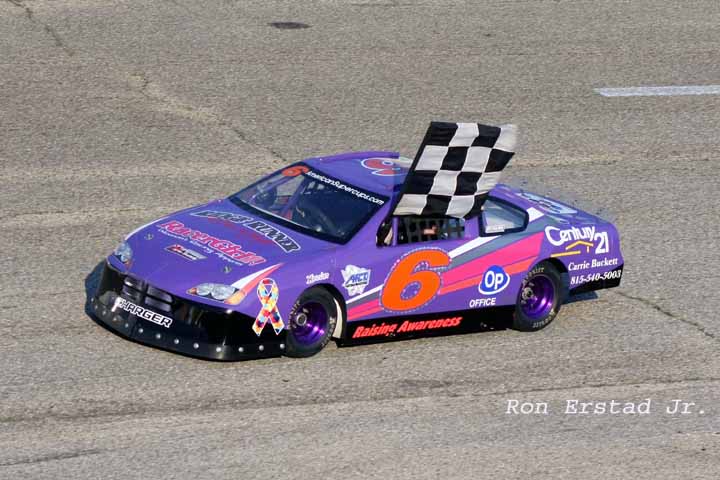 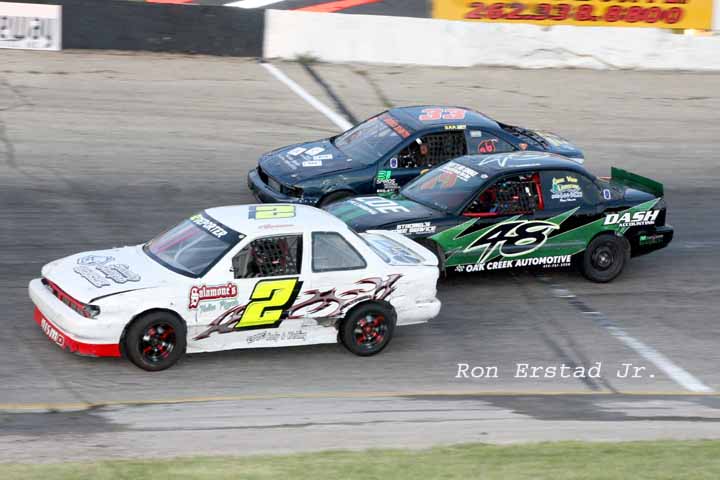 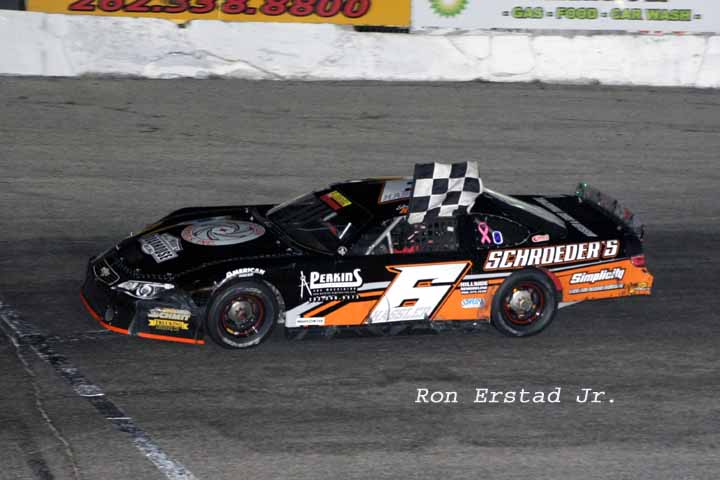 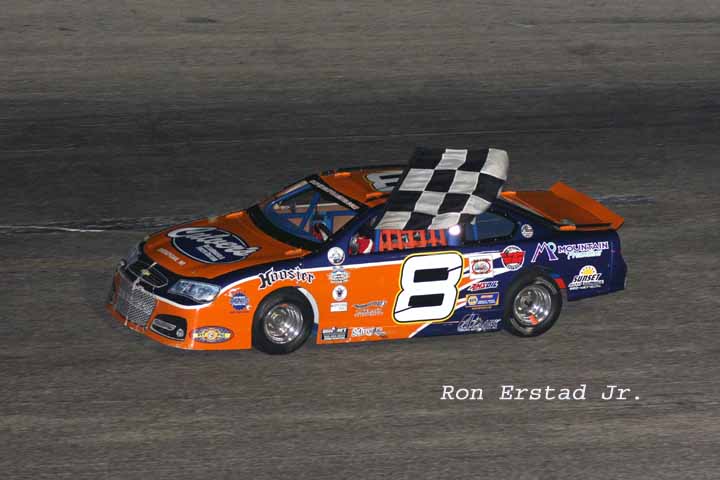