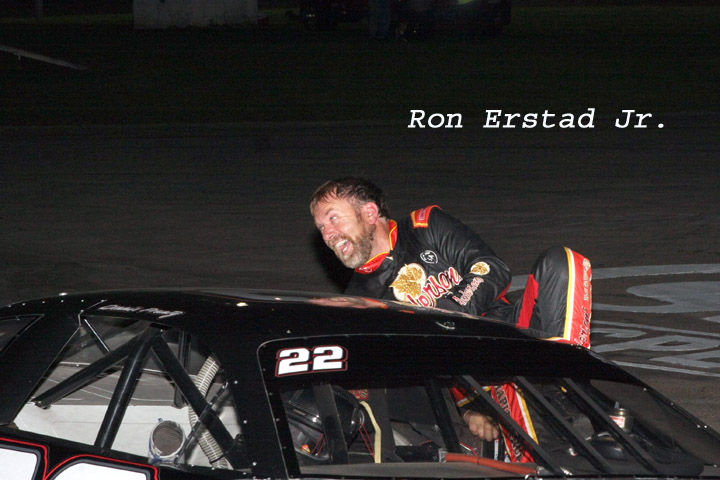 By Dan Margetta
Slinger, Wis., Sept. 3— For a season full of ups and downs, the 100-lap super late model feature Sunday night at the Slinger Speedway fittingly was a roller coaster affair and when the dust settled, Dennis Prunty scored his fifth feature win of the season while Gary Lamonte edged Steve Apel by a mere three points to capture the track championship.

For awhile it appeared LaMonte was on his way to victory and Apel had the championship in hand until an incident between Conrad Morgan and Chris Blawat in turn three tightened the field with four laps to go and set up the fireworks that followed.

LaMonte chose the outside lane for the final restart and second running Dennis Prunty followed in his tracks, opening up the inside lane for third place Apel and fourth running Alex Prunty, the third championship contender. As racing resumed, Alex Prunty and Apel made contact on the restart, slowing their progress while Dennis Prunty muscled his way alongside LaMonte for the lead. As Dennis Prunty and LaMonte battled for the top spot, Alex Prunty and Apel raced aggressively for third. As the field came to the white flag, Dennis Prunty edged ahead into the lead while contact between Alex Prunty and Apel off turn four, sent Apel’s car wide off the corner where it was immediately collected by fifth running Grant Griesbach, drawing a caution flag, sending all three to the back of the field and setting up a green-white-checkered finish. Dennis Prunty was on the mark for the final restart and he charged to the win over LaMonte while behind them Brad Keith finished a strong third just ahead of Apel who charged back to claim fourth place at the finish. Ryan DeStefano finished fifth while Alex Prunty took the checkered flag in sixth. LaMonte’s second place finish combined with Apel’s fourth place result earned him enough points to claim the 2017 Slinger Speedway super late model track championhip by just three points. For the second consecutive year Apel finished second in the championship standings while Alex Prunty was third.

“I drove a little hard but Gary (LaMonte) one time told me this was a racetrack so we raced a little hard and I guess I shouldn’t have done that,” Dennis Prunty told the crowd from victory lane, “but it worked.”

“ I can’t believe it, a couple of weeks ago the car was crashed, we had five DNF’s, and we shouldn’t even be up here,” LaMonte stated after capturing his first career super late model track title, “I’ve got to thank my crew for putting this thing back together and I feel like we’ve got the fastest car here so I’m not surprised that we won the championship but I am surprised because we had so many DNF’s this year. When we finished, we haven’t finished worse than third all so we’ve got a great car.”

“That’s what the fans come out to see and it kind of sucks that two years in a row now we’ve finished second by that close, “Apel said afterwards, “ But we gave it our all and my guys never gave up and we just came up short.”

Jerry Eckhardt, Rob Braun, and Dennis Prunty all were winners of super late model heat races and Steve Apel was the fastest qualifier with a lap of 11.339 seconds.

Jake Schraufnagel won the 30-lap Area Sportsman feature after passing Scott Ascher for the lead late in the event Ascher held on to finish a strong second just ahead of Michael Gilomen and Andy Welter. Paul Wagner was fifth. Michael Gilomen and Scott Ascher were the winners of the Area Sportsman heat races and Jay Kalbus was the fastest qualifier with a lap of 12.946 seconds. 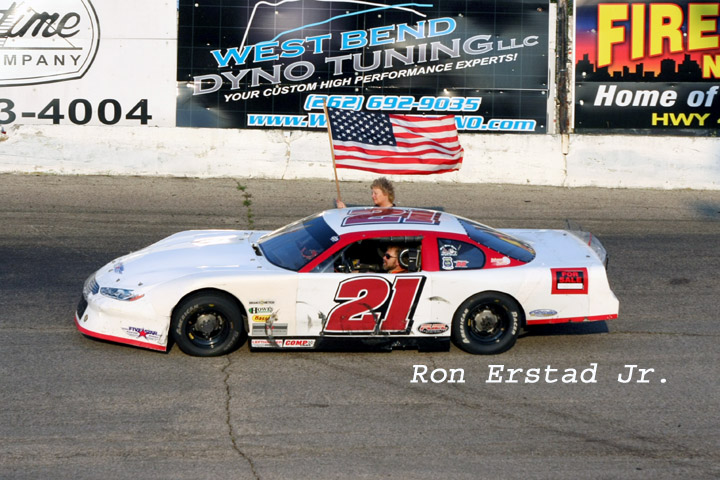 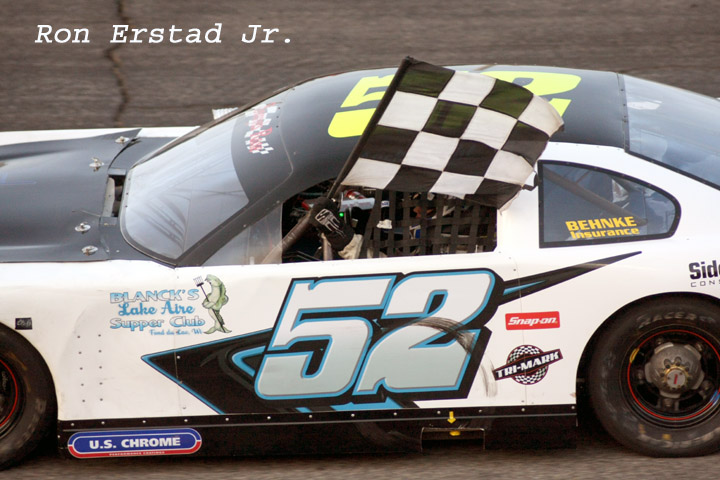 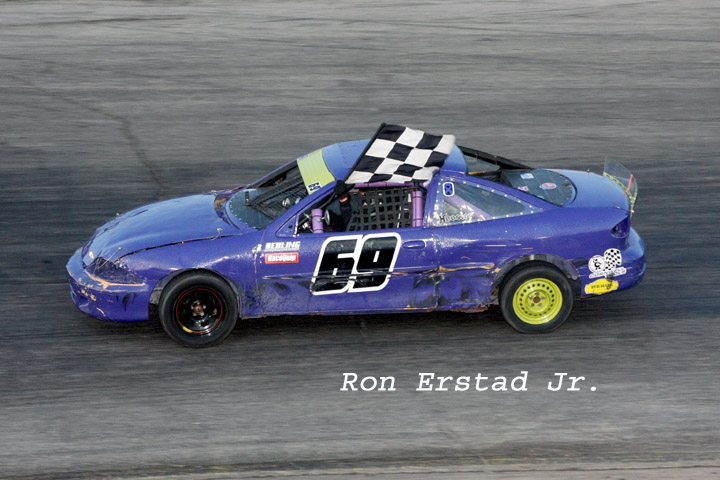 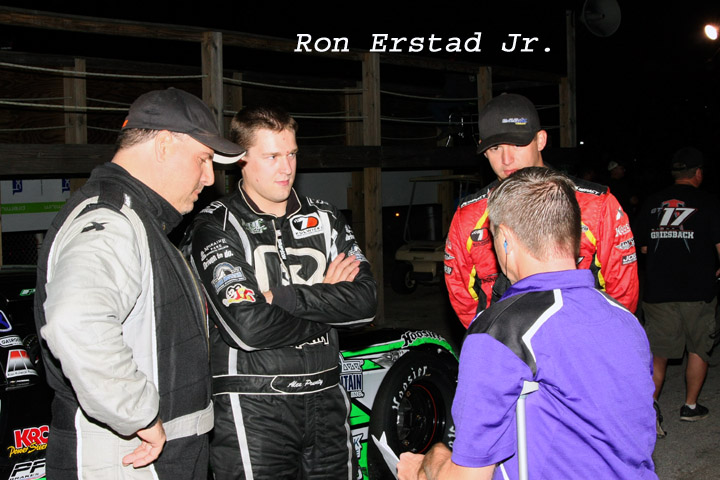 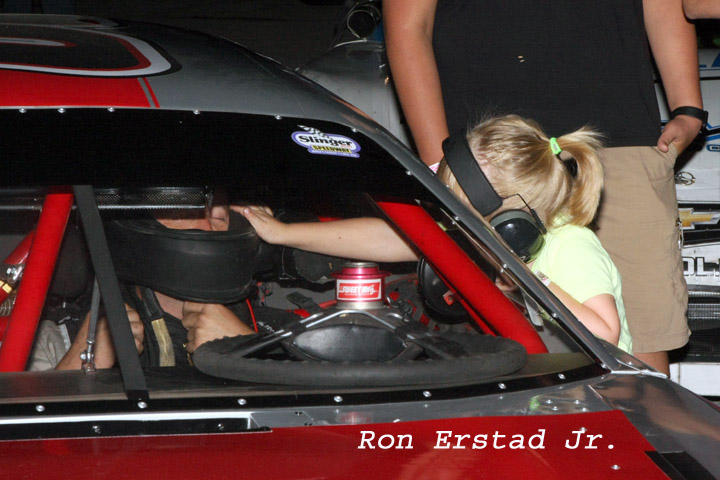 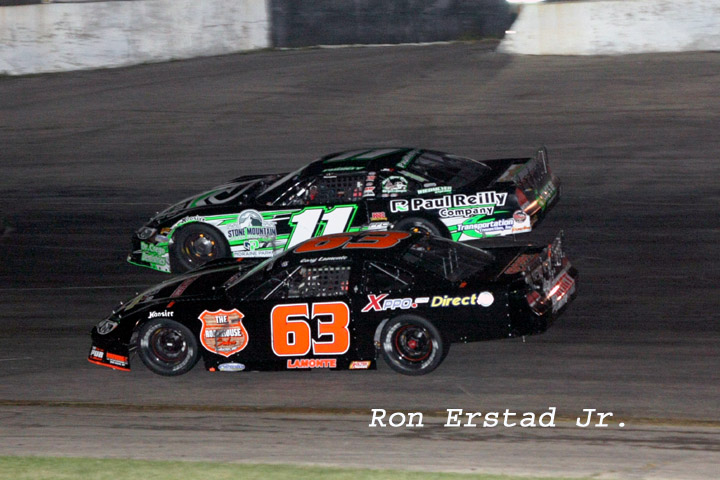 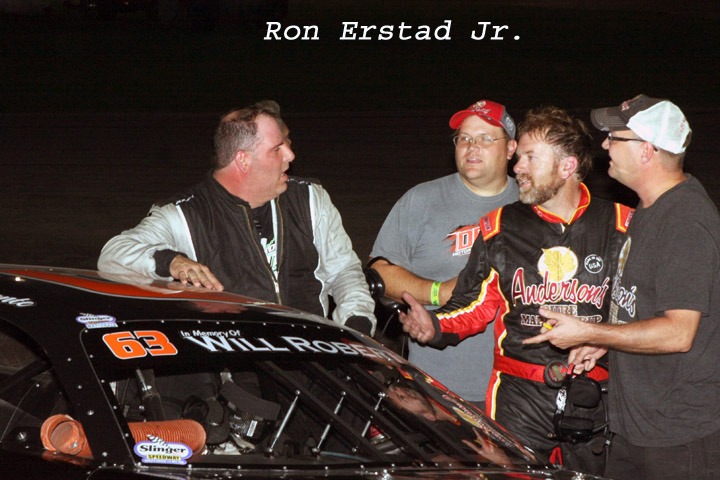 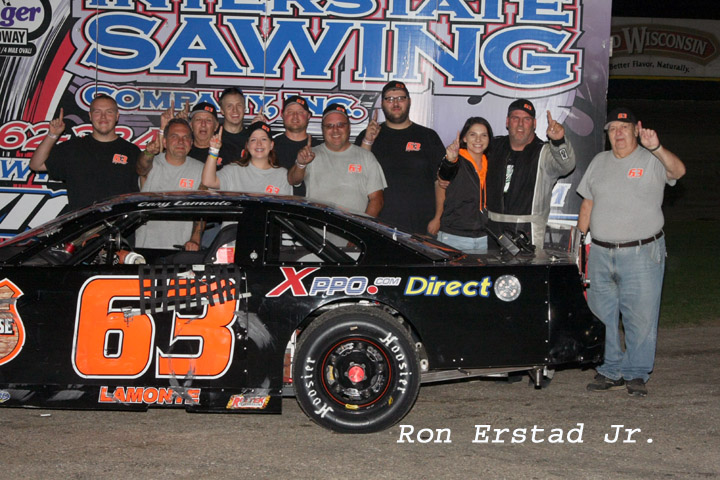 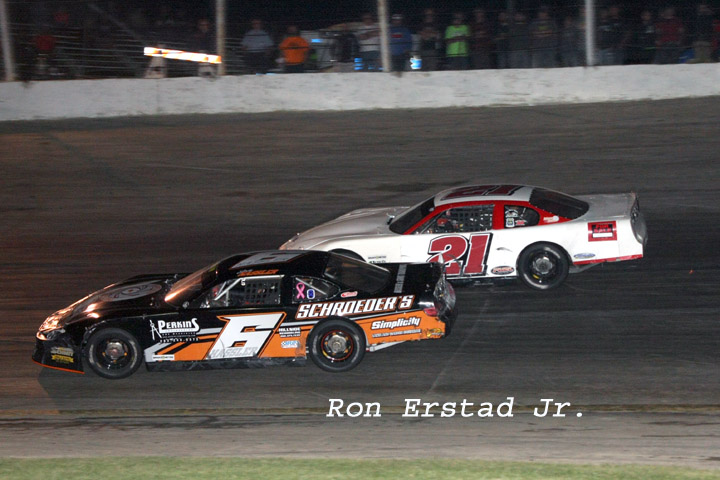 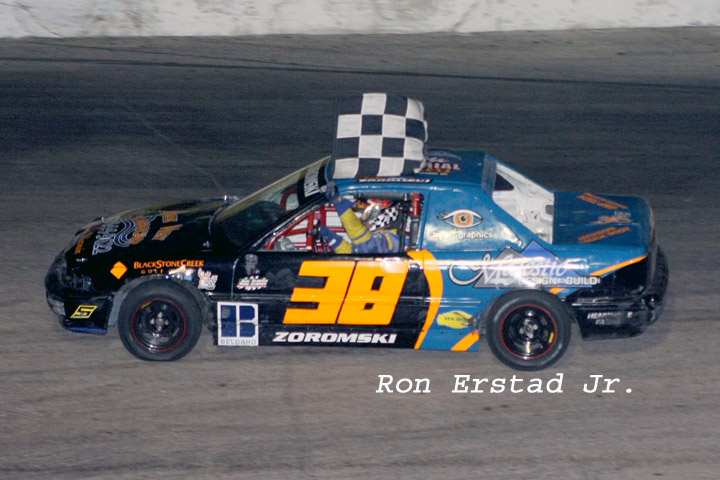 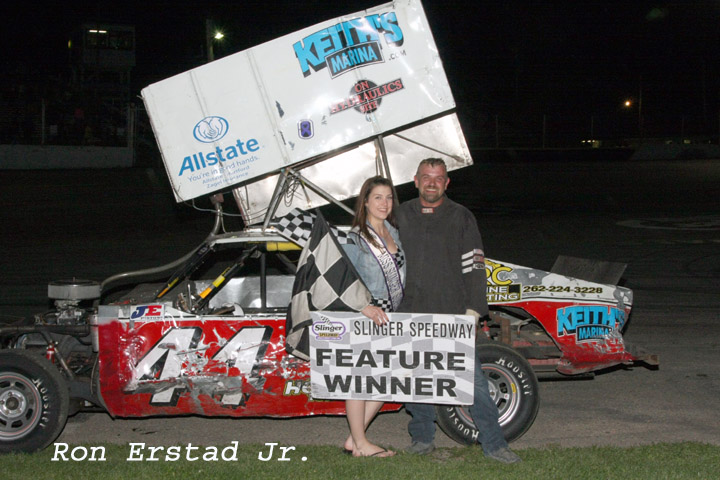