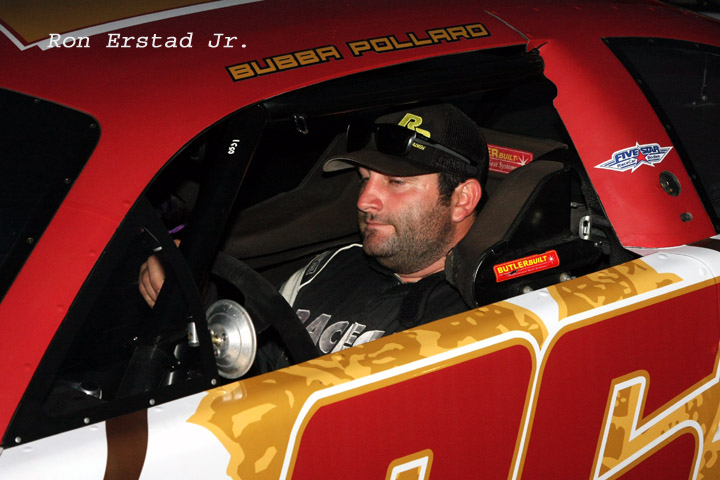 (Slinger, WI) Bubba Pollard has announced that he will return to Slinger Super Speedway to defend his title in the 39th annual SUPERSEAL Slinger Nationals presented by Miller Lite, Tuesday night, July 10.

The 31-year-old, from Senoia, Georgia is one of the last of a barnstorming breed. Pollard has half-a-dozen wins to his credit in 2018, while covering six states and nearly as many sanctioning bodies.

“I’ve got a great group of guys and we continue to chase the big shows, trying to take home the big check and the shiny trophy,” stated Pollard.

Bubba Pollard made his second Slinger Nationals appearance in 2017 a memorable one; running inside the top five for the events first half; making wholesale changes to his machine at the half-way break, before rocketing to the lead shortly after the second half green flag.

Having won nearly every super late model and late model crown jewel race across America, Pollard knows a big show when he sees it.

“The fans at Slinger Speedway were just awesome last year,” recalled Pollard. “With the history of that track and that event, it’s a no-brainer to come back and defend my title.”

Bubba Pollard will have plenty of nationally ranked super late model competitors challenge him in his quest to repeat as a Slinger Nationals champion. Reigning NASCAR Cup Series Rookie of the Year, Erik Jones, has already signed up to return to Slinger, in quest of his first Slinger Nationals big check. Former NASCAR Truck Series champion, and current point leader, Johnny Sauter will be in search of his first Slinger Nationals crown as will current Roush Fenway Xfinity Series rookie racer, Ty Majeski. ARCA Racing Series rookie, Natalie Decker is expected to return to her home state and challenge for the Nationals win as is Chase Purdy. Purdy is a member of the 2018 NASCAR Next class while currently competing full-time on the ARCA Racing Series. Derek Kraus, yet another current NASCAR Next class member, and reigning Rookie of the Year in the K&N Pro Series West, is also expected to don his super late model shoes and challenge for the win. Florida’s Steve Dorer, a former Red Bud 300 winner and past top-five finisher at the Slinger Nationals is also entered.