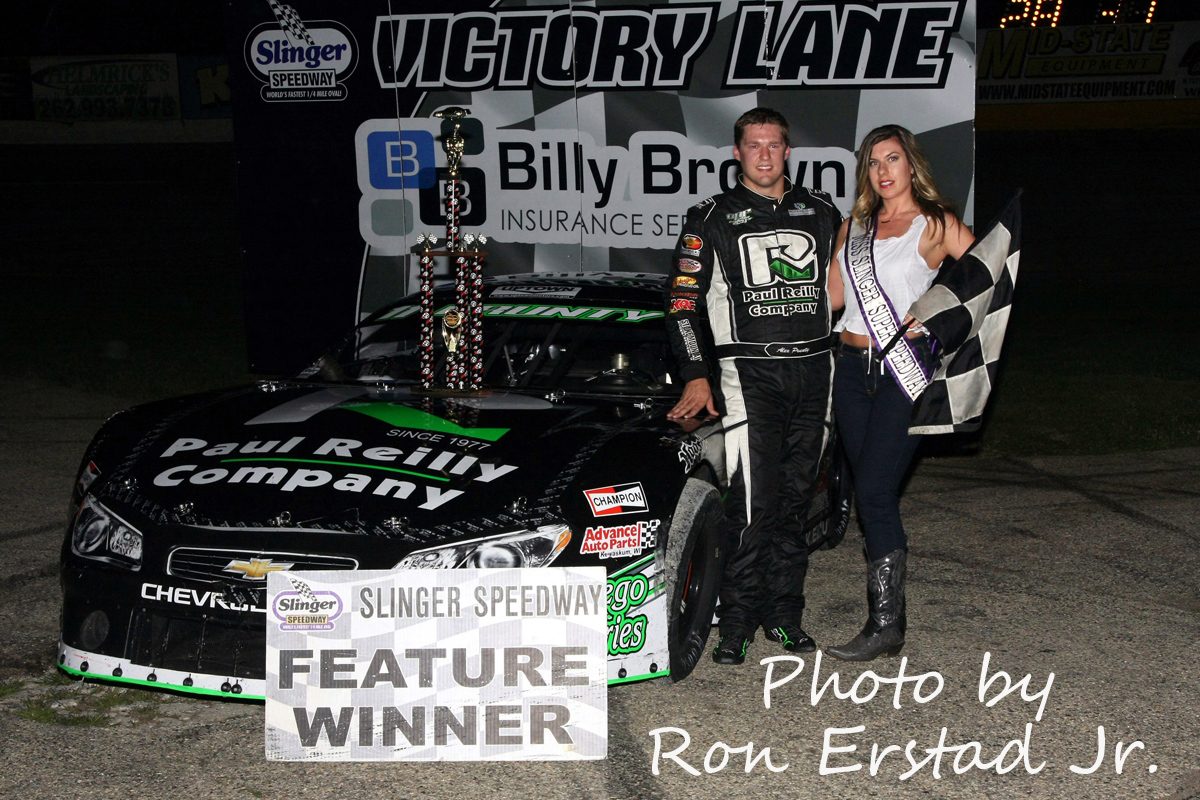 “It’s just so much fun battling with Dennis and we got really loose there toward the end and I didn’t know if we were going to be able to get him,” Alex Prunty told the crowd from victory lane, “I can’t say enough about my guys as we’ve been junk here the last three weeks and we finally got it figured out.”

“It was actually Dennis that kind of told us what we were doing wrong, “Alex Prunty continued, “So I appreciate him helping us out there as we were doing something backwards from what we should’ve been doing. It just means the world to me to put on a show like that and have fun racing Uncle Dennis.”

“We had a double file restart and I thought I could work the bottom but I was wrong and the car was tight,” Dennis Prunty stated after his second place finish a day after he got married, “Actually I had a good time and I was just goofing around with Alex, trying to get his confidence up.”
“He’s really been down on himself, “Dennis Prunty continued, “So I thought we’ve give him one. You know he deserves it and he works hard and is always looking at my notebook even though I still have to tell him what it says.”

Dennis Prunty started from the pole position and immediately jumped out to the early lead while Conrad Morgan, Alex Prunty, and Grant Griesbach jockeyed for positions behind him. Brad Mueller and Brad Keith joined the lead pack as Dennis Prunty began to ease away from the field. Keith and Mueller worked their way around Griesbach to take over fourth and fifth as Alex Prunty worked on Morgan for second. Alex Prunty eventually claimed the second spot as Keith and Mueller dueled side by side over fourth place with Griesbach directly in their tracks. With six laps to go, Mueller and Keith tangled in turn two to draw the only caution flag of the event, erasing Dennis Prunty’s comfortable lead. Dennis chose the inside for the restart, leaving the outside to Alex and as racing resumed the two battled door to door for the lead. Dennis Prunty’s car appeared to need the outside groove to handle off the turns and with Alex Prunty occupying the upper lane, he was able to gain a slight advantage. As the pair battled to the checkered flag, Alex Prunty was able to inch ahead to take the victory with Dennis Prunty alongside. Grant Griesbach finished a strong third directly behind the top two while Brad Keith edged Brad Mueller in a photo finish over fourth. Conrad Morgan finished sixth followed by Nick Wagner in seventh and Rob Braun in eighth. Dave McCardle and Tim Lampman rounded out the top ten.

Super late model heat races were won by Mike Held and Dennis Prunty and Brad Keith was the fastest qualifier with a lap at 11.278 seconds.

Jakob Hassler was declared the winner of the 40-lap late model feature following a controversial last lap with Stephen Scheel.

Jack Stern paced the opening laps before Stephen Scheel took over the top spot on lap seven as the field raced tightly bunched together. The close quarters triggered an incident between Tyler Schley and Shaun Scheel on lap 11 exiting turn four which blocked the track and collected numerous cars including those of Ryan Gutknecht, Al Stippich, and Tom Jasinski. Stephen Scheel maintained the lead over Brian Holtz, Jack Stern, and Jakob Hassler through two more caution periods for single car incidents on laps 19 and 29, the latter setting up an eleven lap duel for the win. Stephen Scheel chose the inside lane for the restart as did Stern but Hassler took to the outside at the lane choice cone and moved to the outside of Stephen Scheel for the final restart. Scheel and Hassler raced alongside each other for the lead as the green flag reappeared and the battle turned aggressive with the laps winding down. Hassler was able to gain an advantage from the outside as the white flag waved and entering turn one, a nudge from Scheel knocked Hassler’s car sideways and allowed Scheel to take the lead. Scheel crossed the finish line ahead of Hassler but track officials deemed the turn one last lap bump and run contact as avoidable and Hassler was declared the winner with Scheel penalized to the final car on the lead lap. Jack Stern finished second ahead of Shaun Scheel, Tyler Schley, and E.J. Waldron.

Late model heat races were won by Cole Thomas who scored his first career victory and Steven Schulz who captured his first victory of the season. Ryan Gutknecht was the fastest qualifier with a lap of 12.123 seconds.

Bill Shavlik picked up his first victory of the season in the Figure 8 race to close the evening. 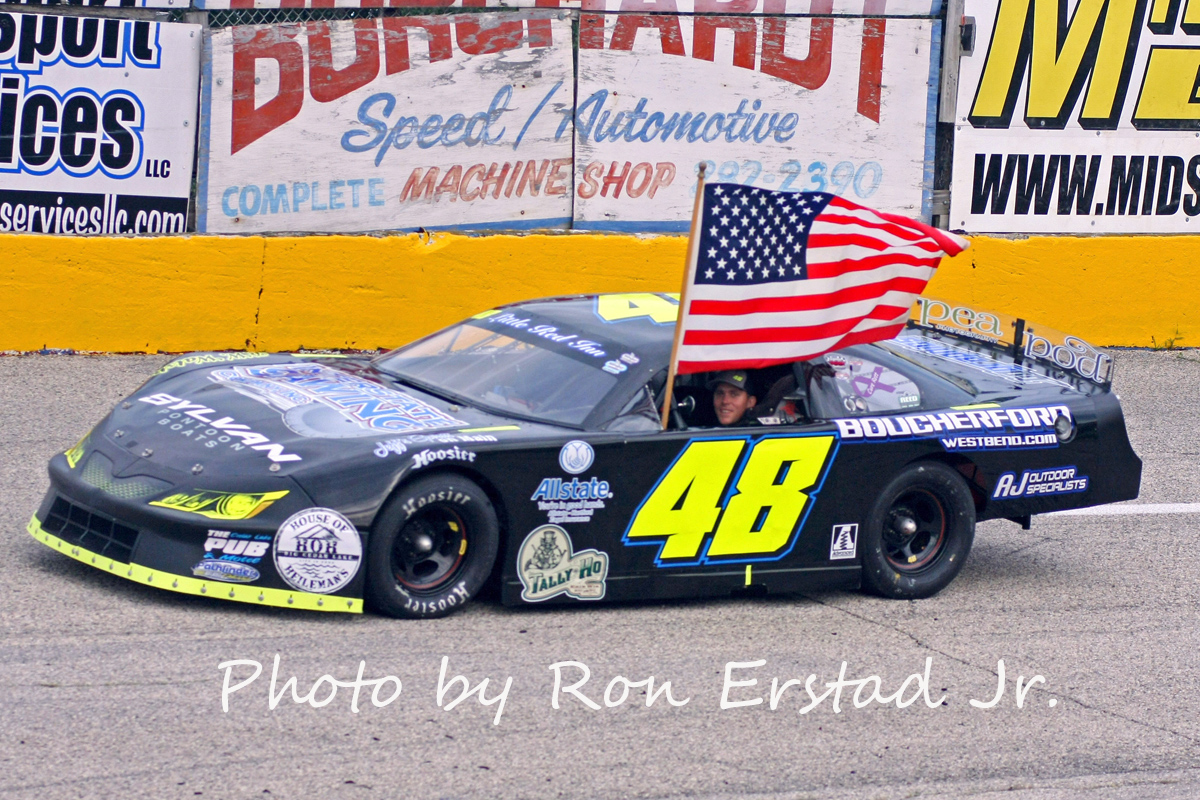 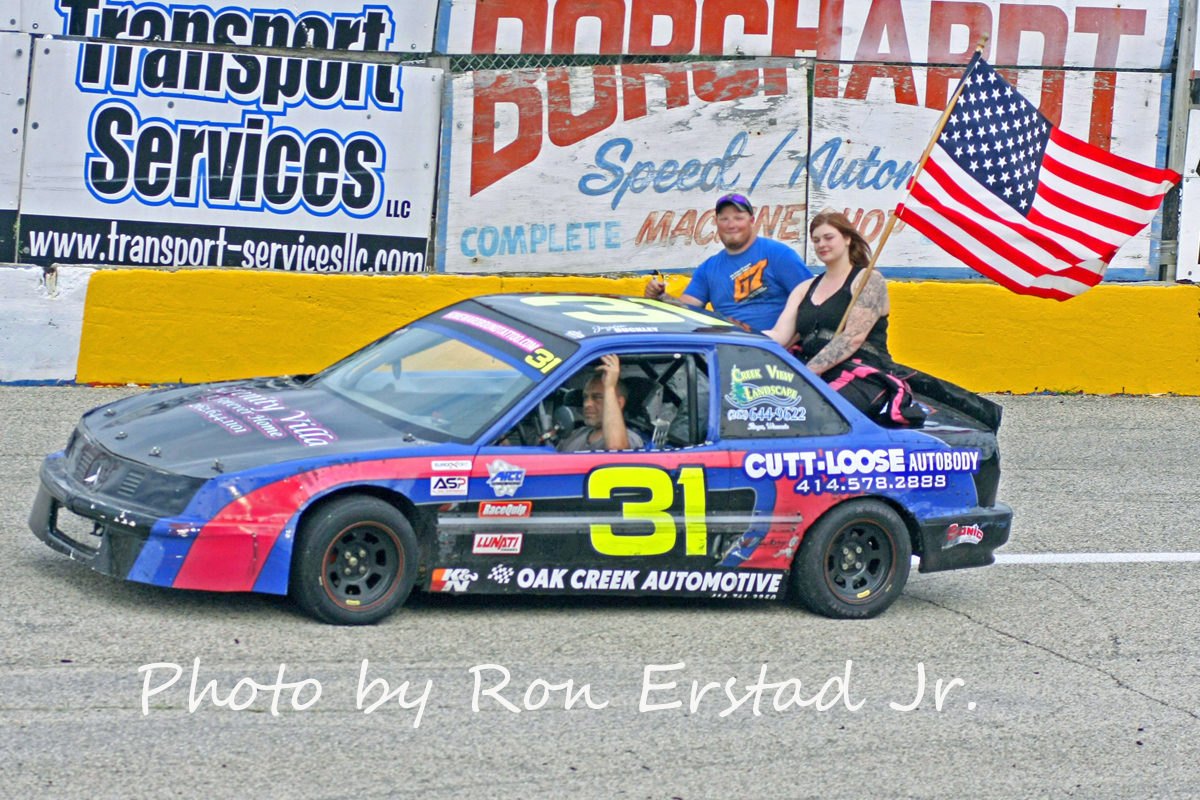 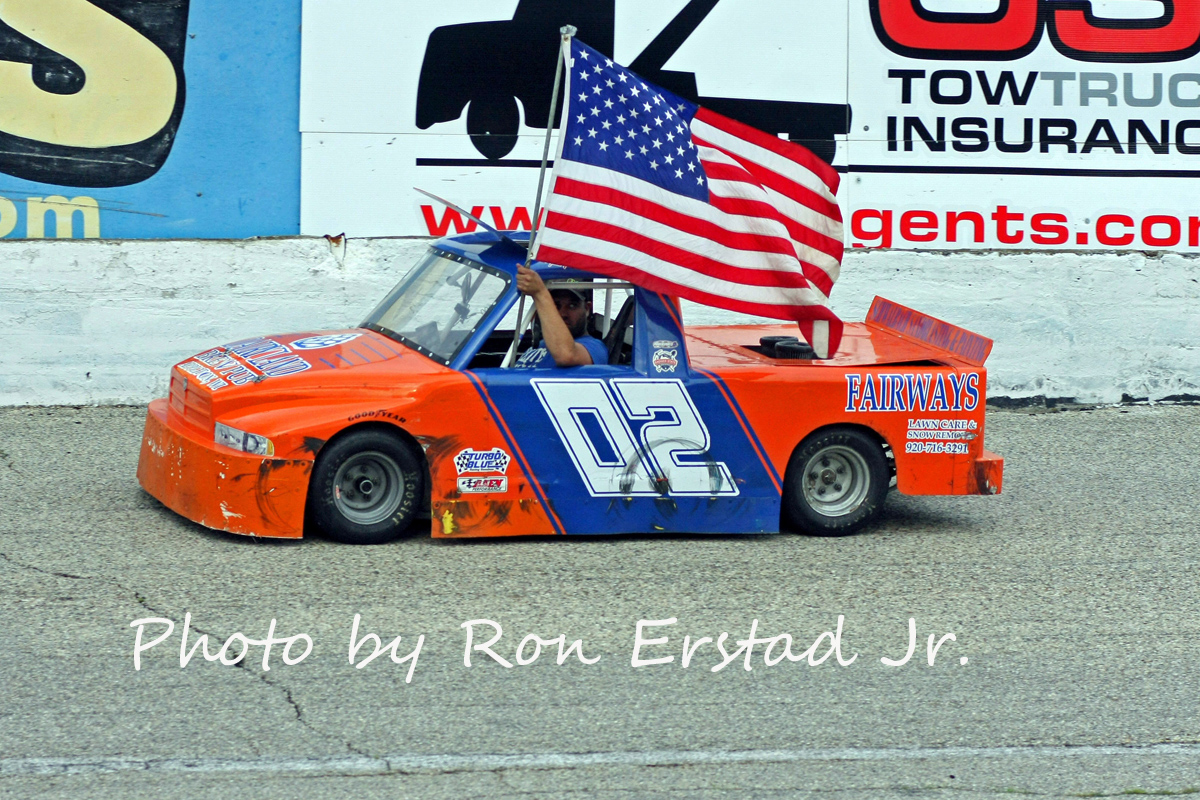 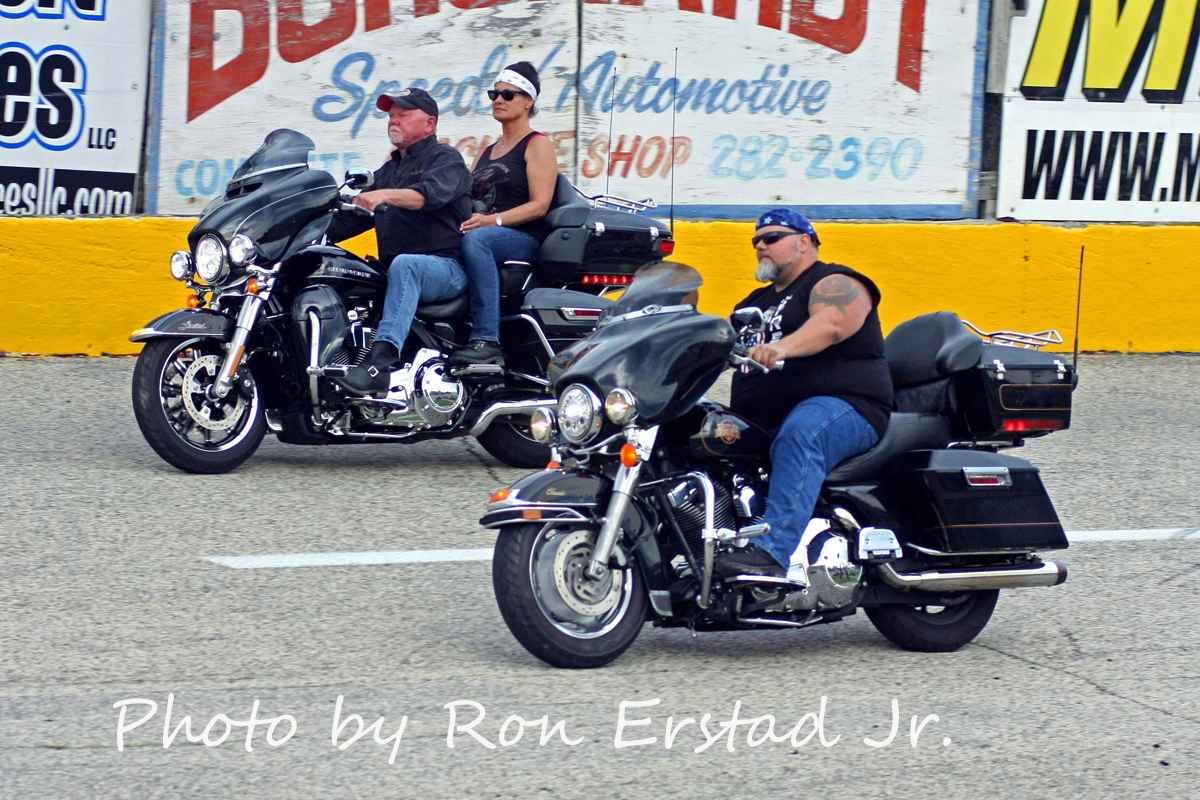 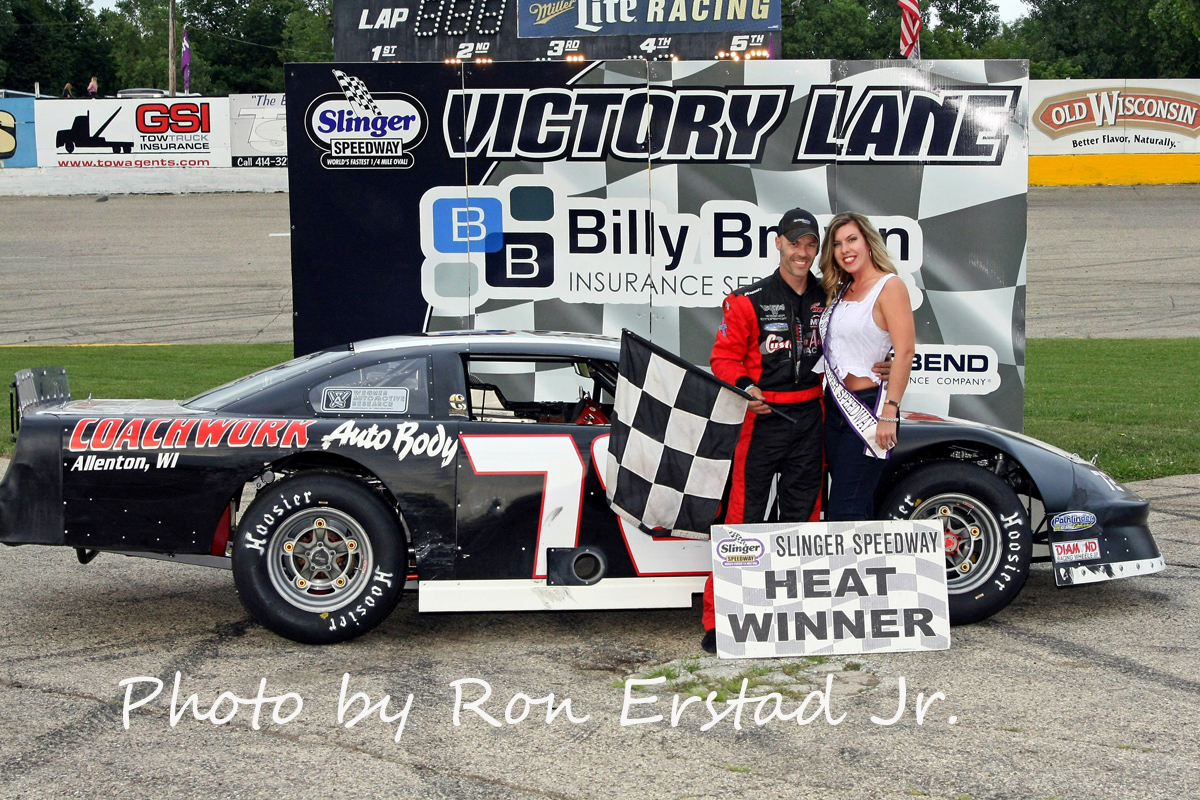 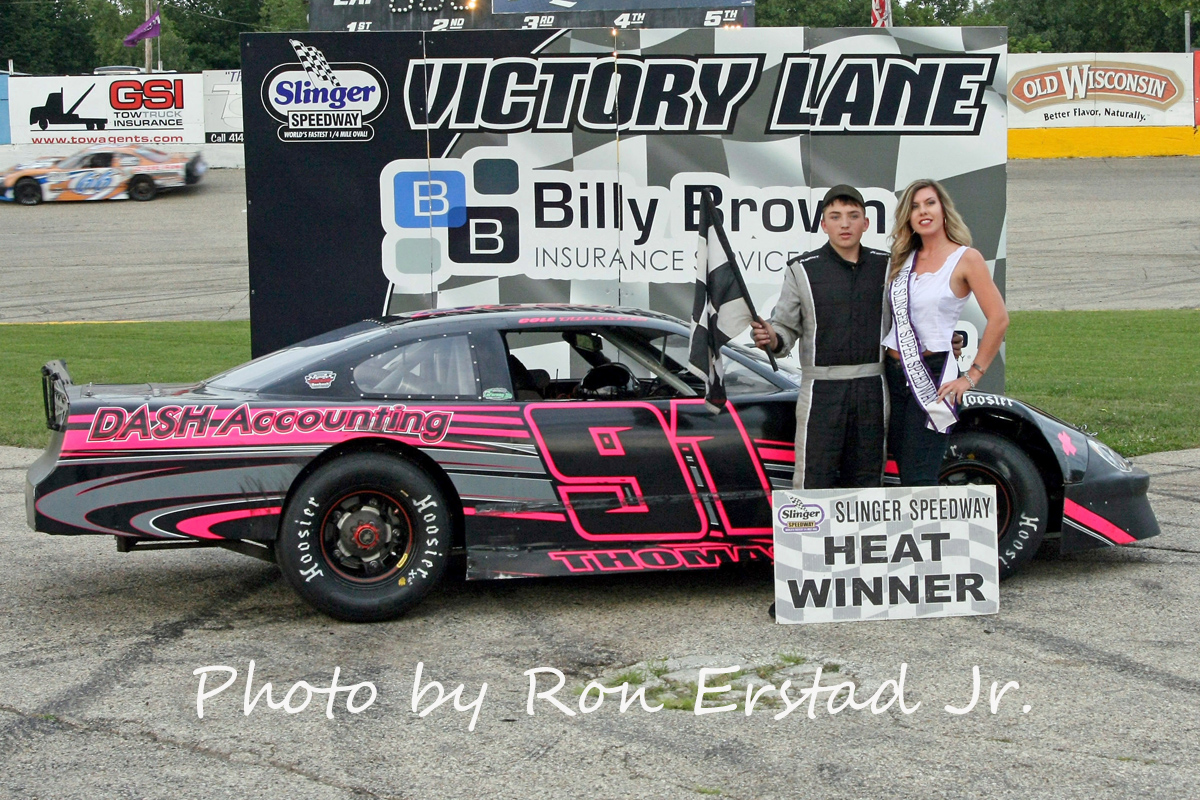 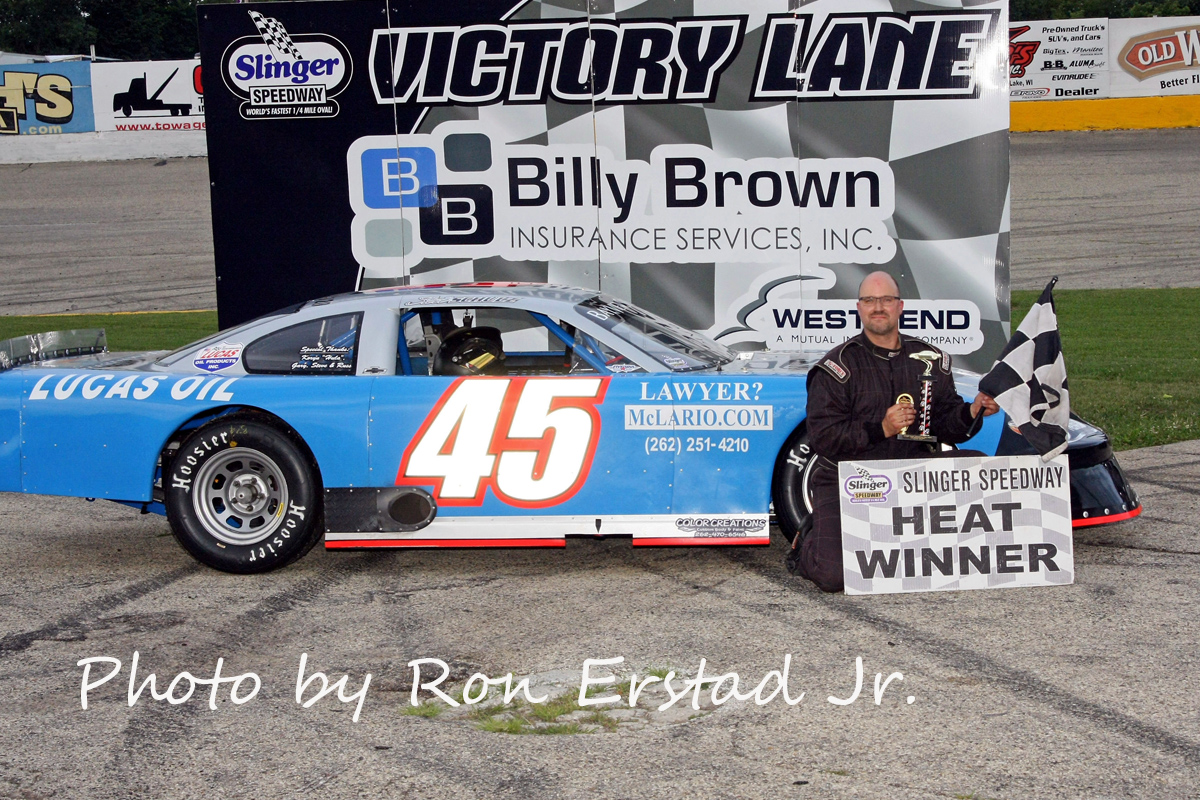 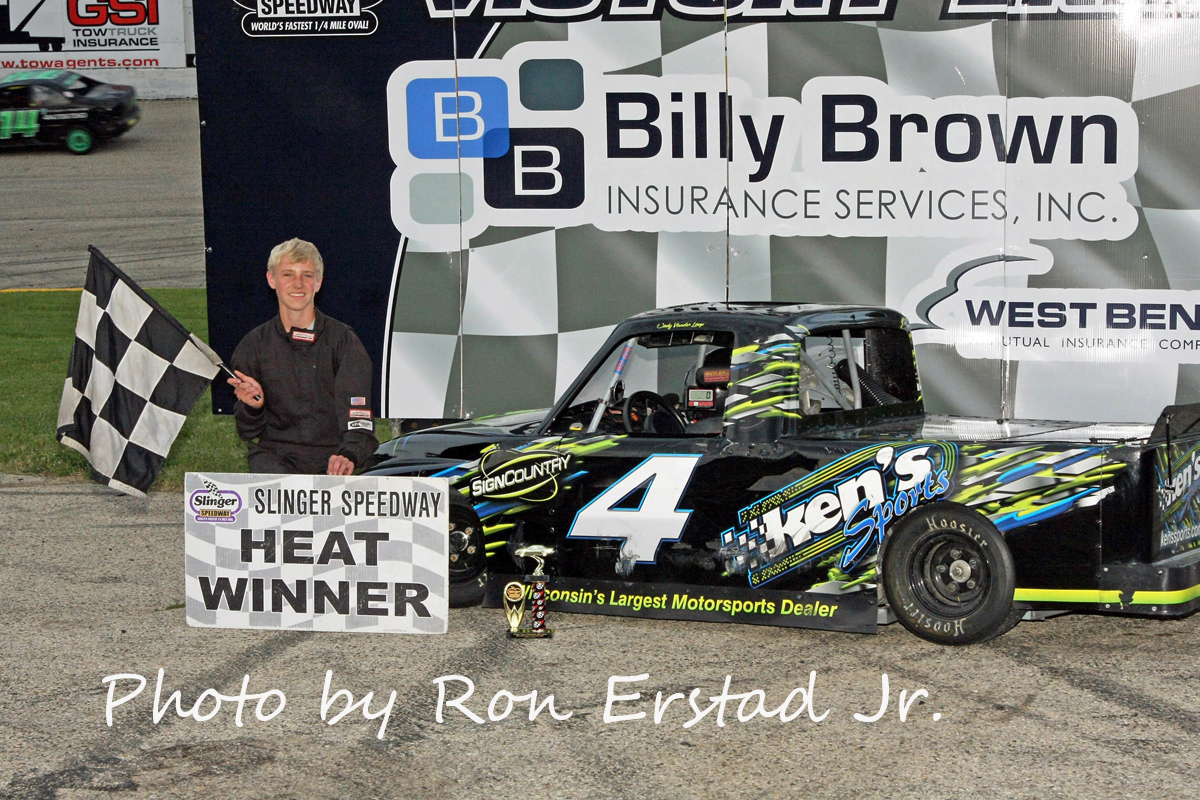 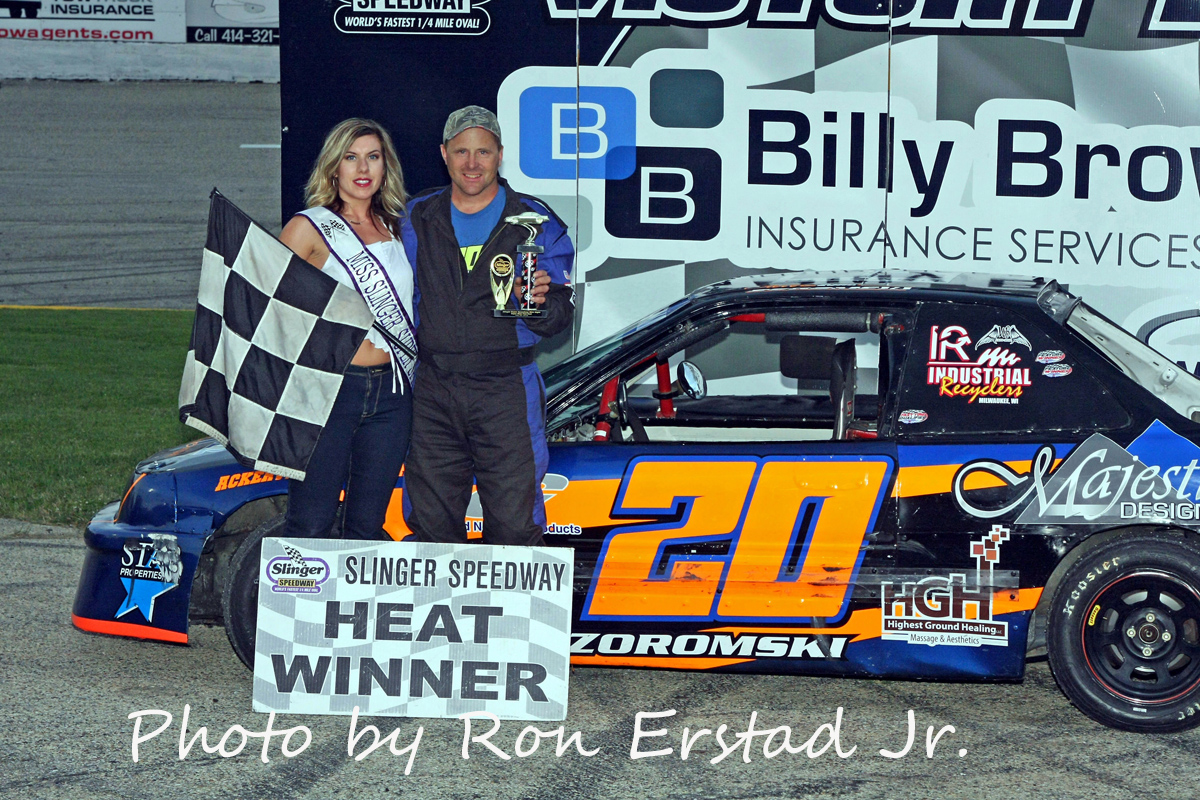 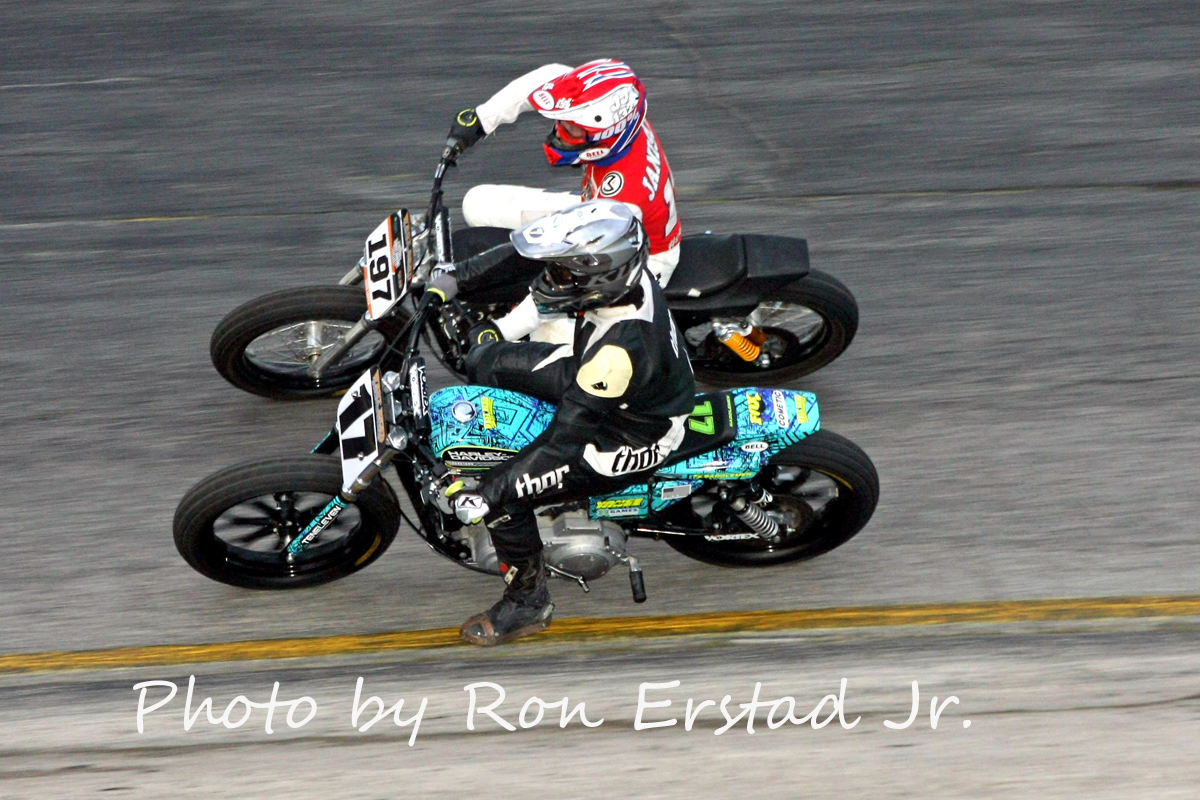 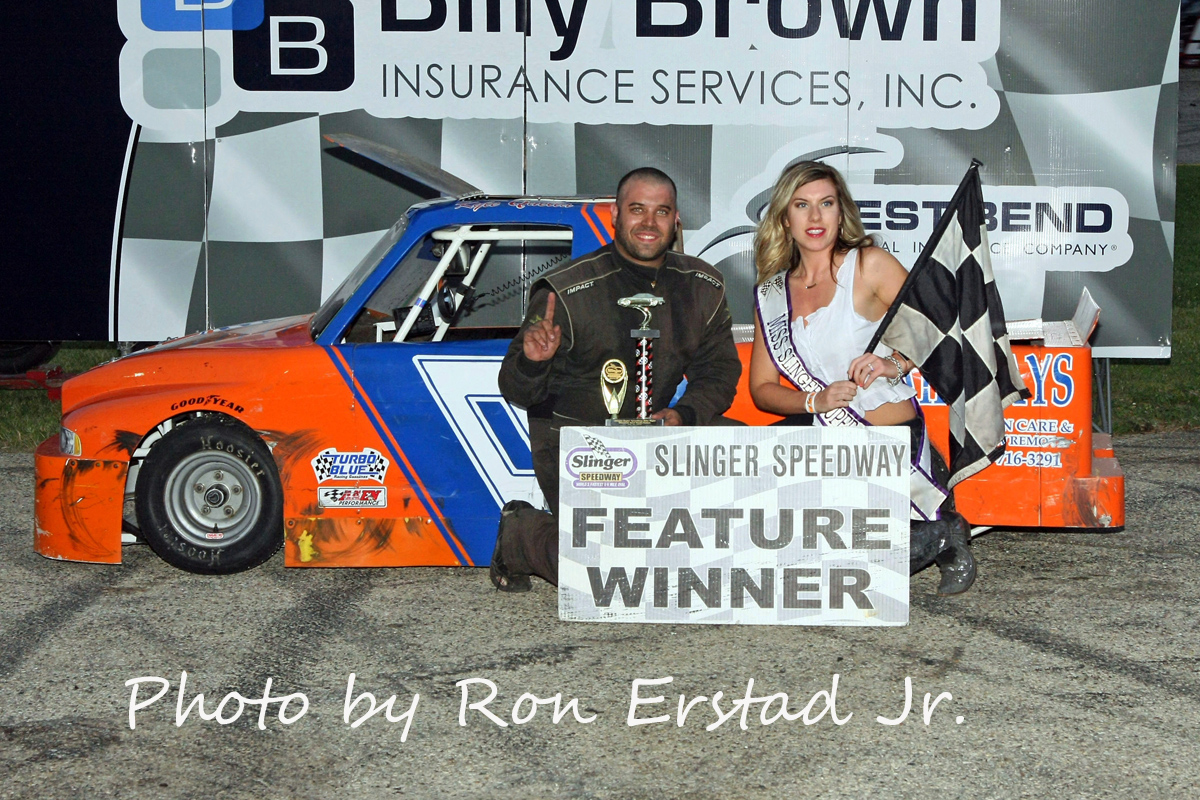 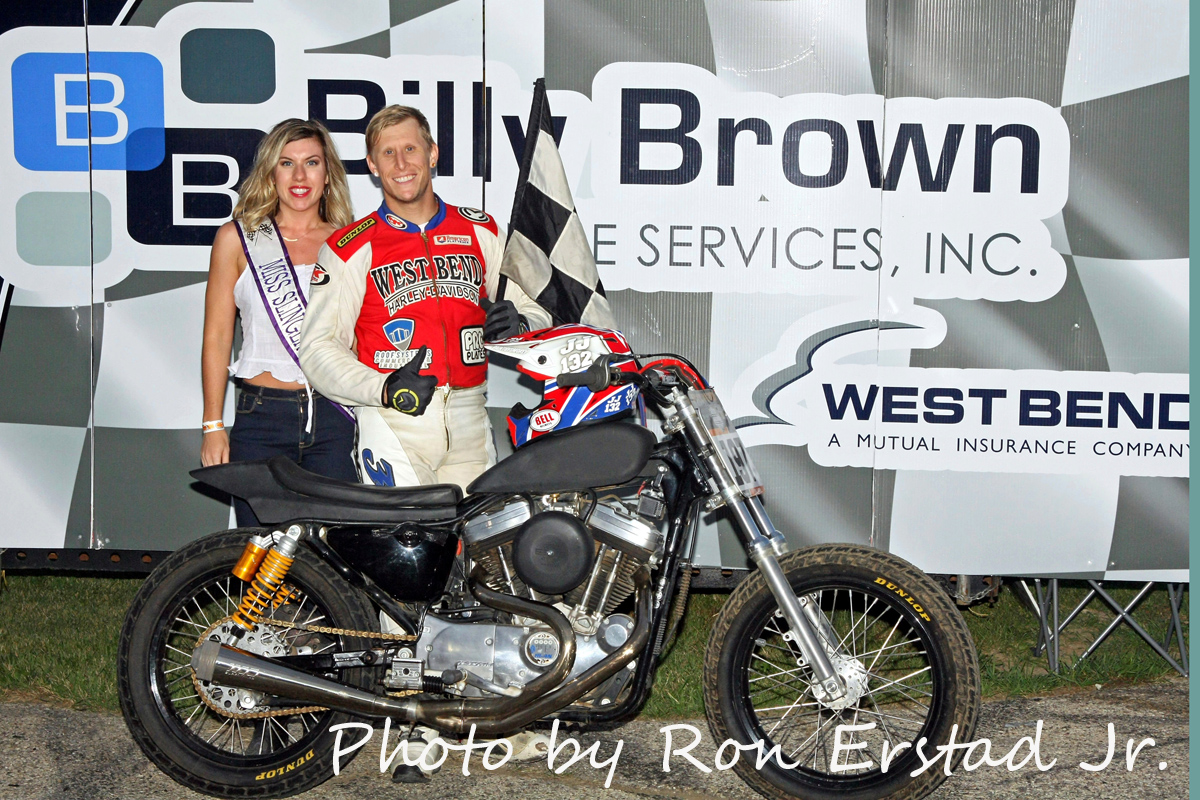 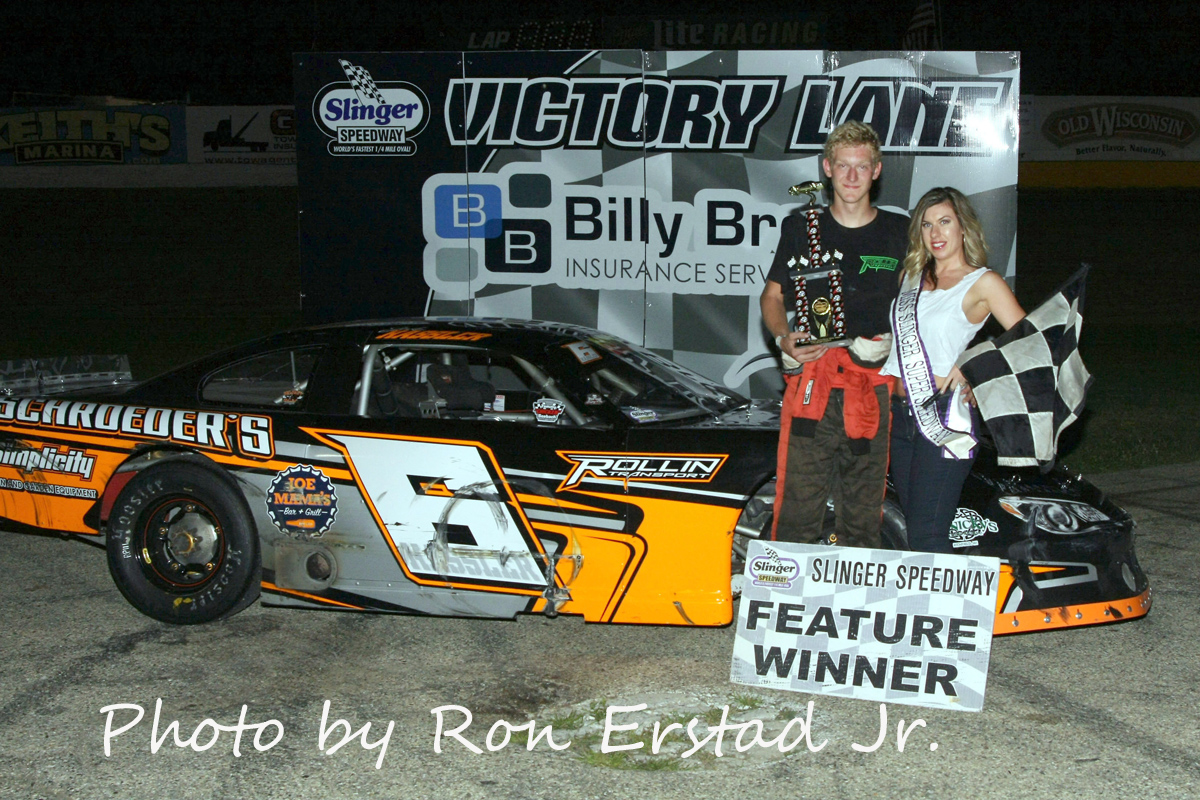 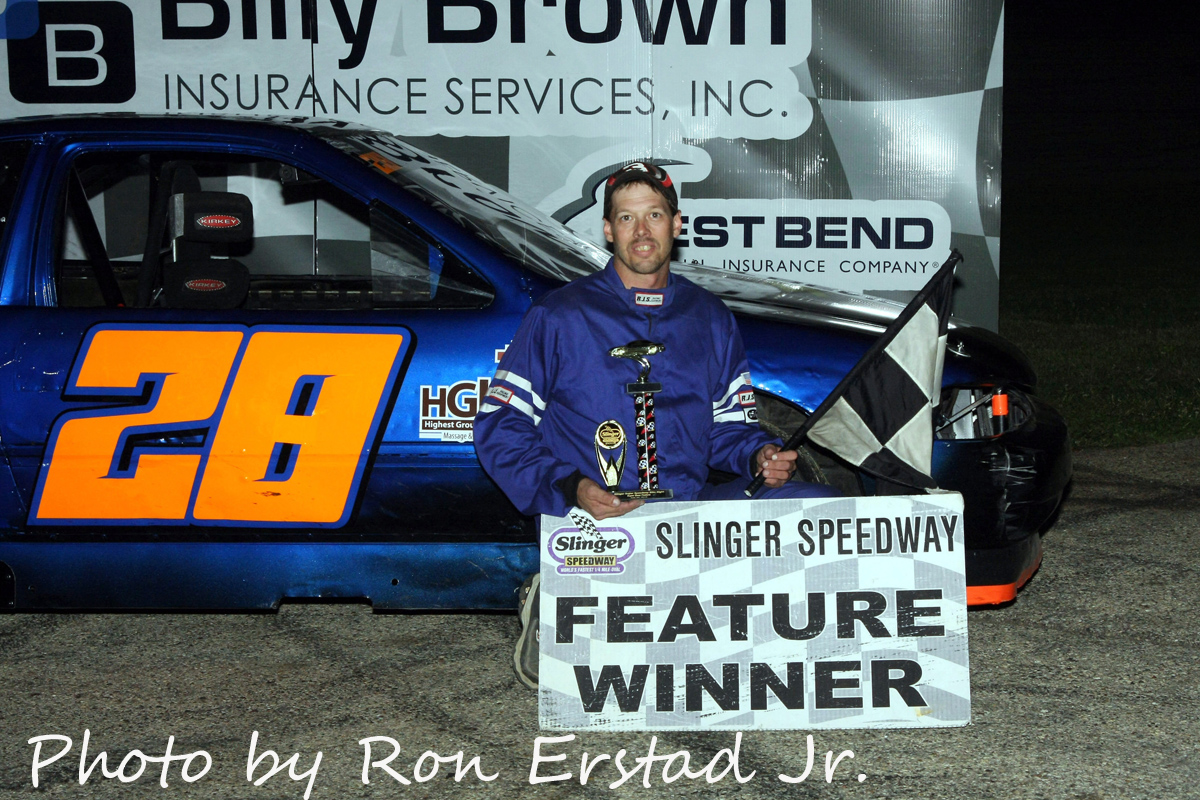 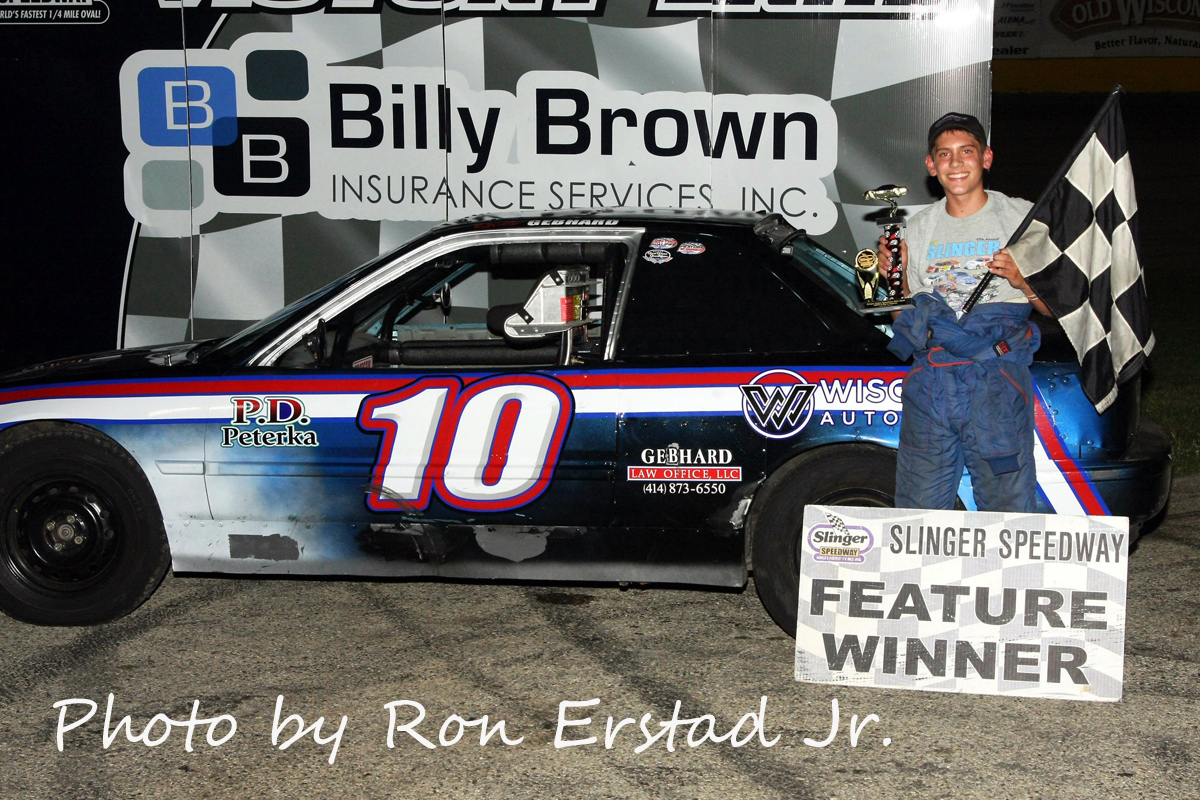 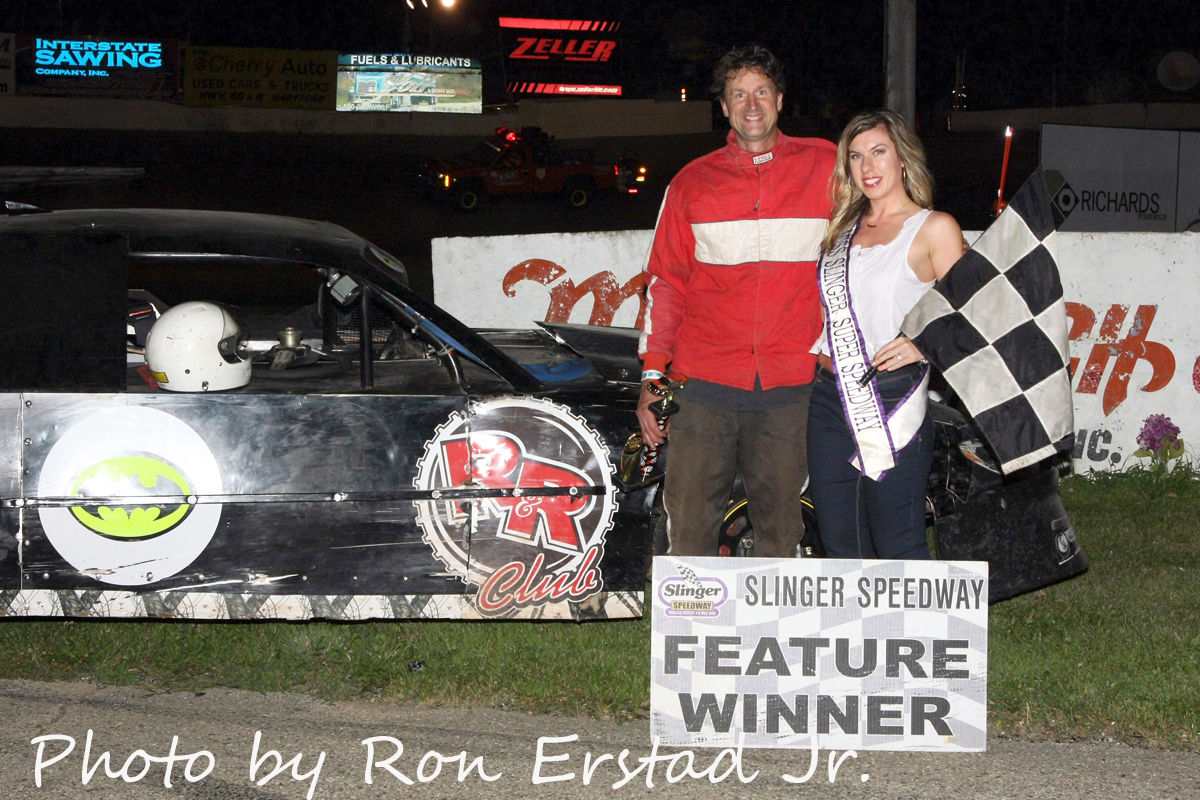