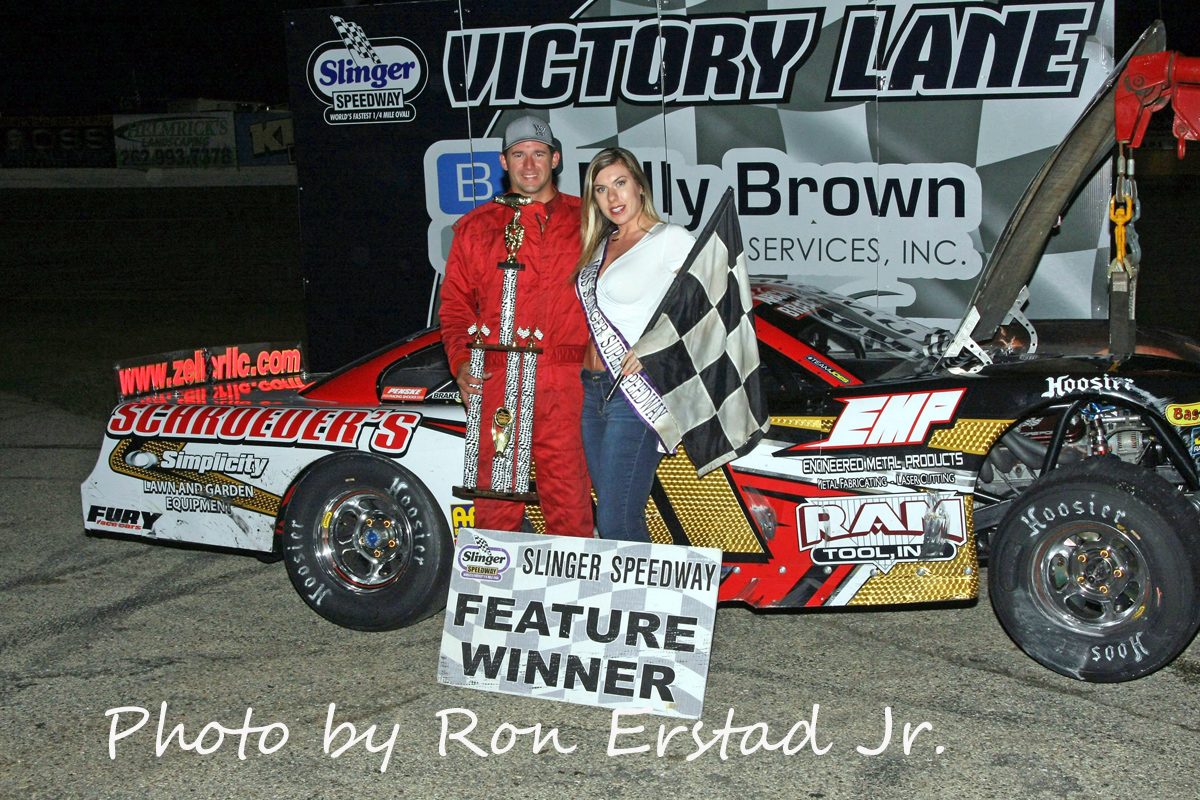 Slinger, Wis., July 22— Over the last few years anytime Steve Apel and Gary LaMonte are battling for the super late model feature victory at the Slinger Super Speedway, the outcome is sure to be intense and that was the case Sunday night as contact between the two on the final lap deemed avoidable by track officials left the results decided by the rulebook with Apel declared the winner.

LaMonte paced most of the event after taking command on lap ten while Apel worked his way forward and into second place by the time the field lined up for a restart with twelve laps to go that set the stage for the fireworks that followed. Door contact between the top two nearly aborted the first attempt at returning to racing but both retained control however cars behind them tangled in turn one necessitating another attempt. The second attempt was cleaner but the intensity remained as both Apel and LaMonte raced door to door for the top spot with neither giving an inch. Apel was able to wrestle the lead away with ten laps to go but LaMonte remained determined and continued to challenge, inching to Apel’s inside numerous times off the turns. The hard racing between the two rivals continued until the final lap when Apel led off turn two and down the backstretch. Just before entering turn three contact between LaMonte’s right front and Apels left rear twitched Apel’s car to the right slightly which broke his momentum and allowed LaMonte to pull alongside. Apel’s car straightened out through the middle of the corner before spinning around to the left upon exit as LaMonte drove by and ultimately Apel ended up in the wall off turn four collecting Dennis Prunty in the process who was running third. The speedway has a rule in place where if on the final lap the leader is wrecked as the result of avoidable contact, the car responsible for the contact is relegated to the last car on the lead lap and scoring reverts to the white flag lap and this was used to determine the official outcome with Apel being awarded the victory. Dennis Prunty was credited with a second place finish while Alex Prunty finished third just ahead of Grant Griesbach and Fred Winn in fourth and fifth respectively. Mike Held finished sixth while Conrad Morgan was seventh and Tim Lampman was eighth. Jerry Mueller and Brad Keith rounded out the top ten finishers while LaMonte was credited with finishing eleventh the final car on the lead lap.

Super late model heat races were won by Rob Braun, Ryan DeStefano, and Grant Griesbach while Steve Apel was the fastest qualifier with a lap of 11.258 seconds.

E.J. Waldron won an eventful 40-lap late model feature that was slowed by the caution flag four times in the first 14 laps.

Waldron led the opening seven laps of the event before briefly giving way to Jakob Hassler for two laps before retaking the top spot for good on lap ten. Waldron then held off the battle scarred cars of Ryan Gutknecht and Shaun Scheel to capture the victory. Gutknecht and Scheel each rebounded from separate incidents to slice their way forward and finish second and third respectively while Hassler and Ryan Craine rounded out the top five. Cole Thomas and Tyler Hromadka turned in their best performances of the season and finished sixth and seventh just ahead of Emory Waldron in eighth. Jack Stern and Brian Holtz rounded out the top ten. 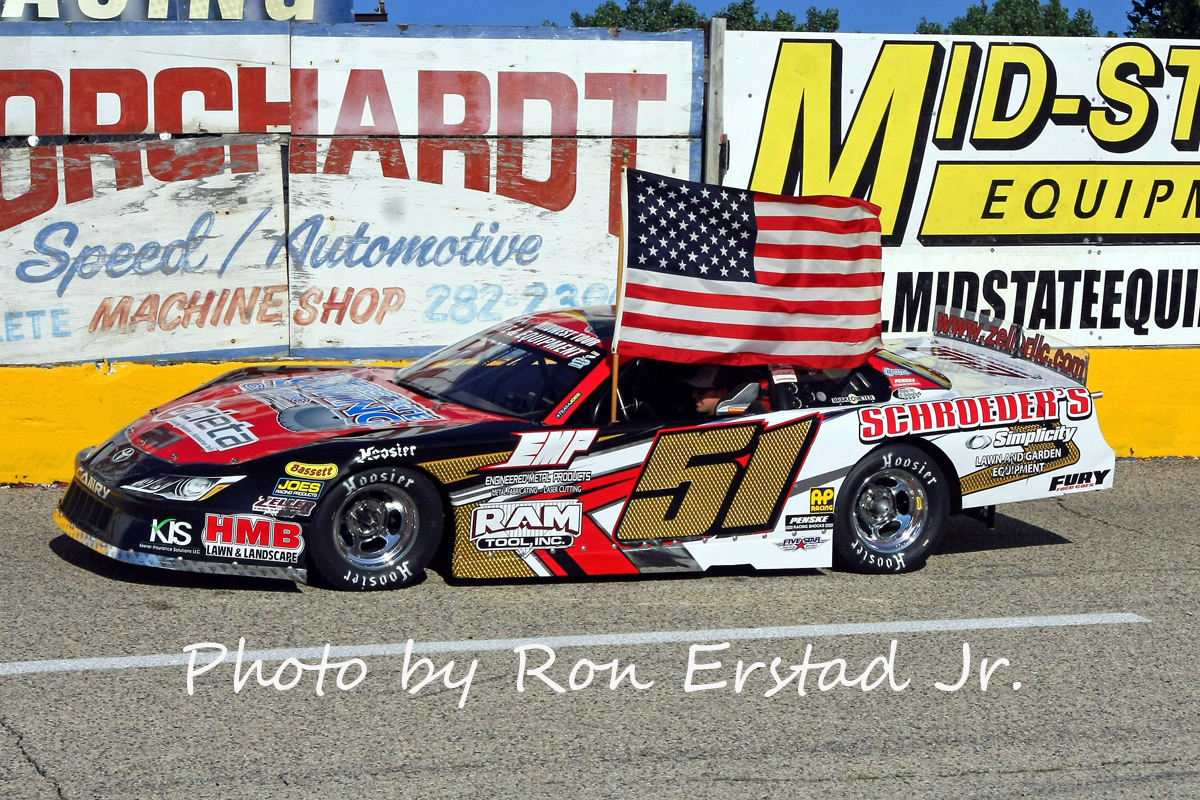 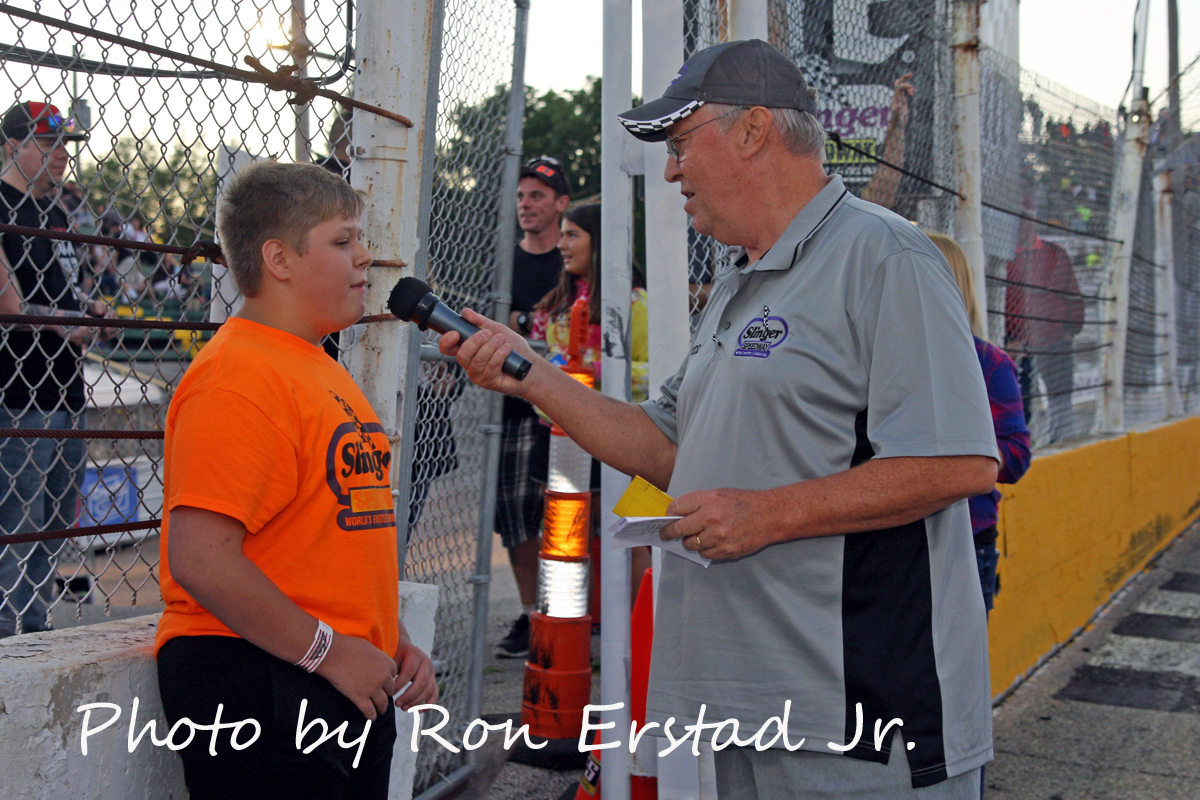 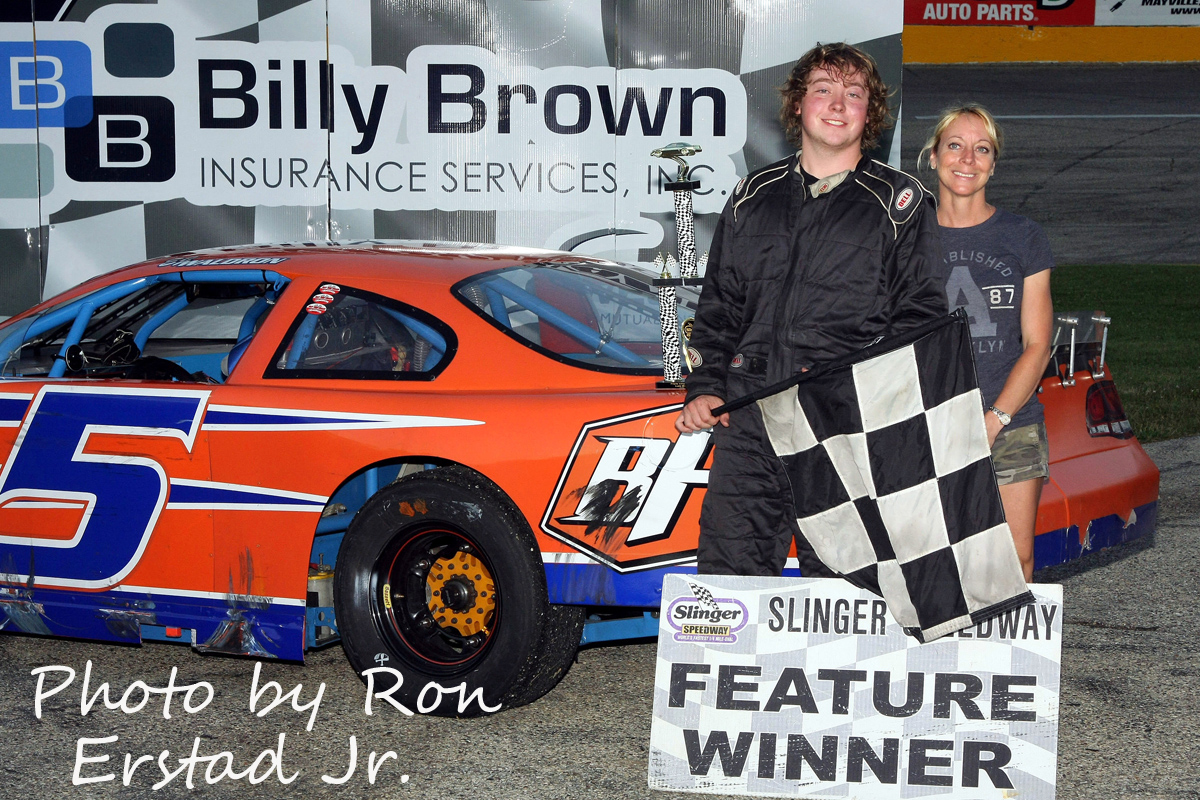 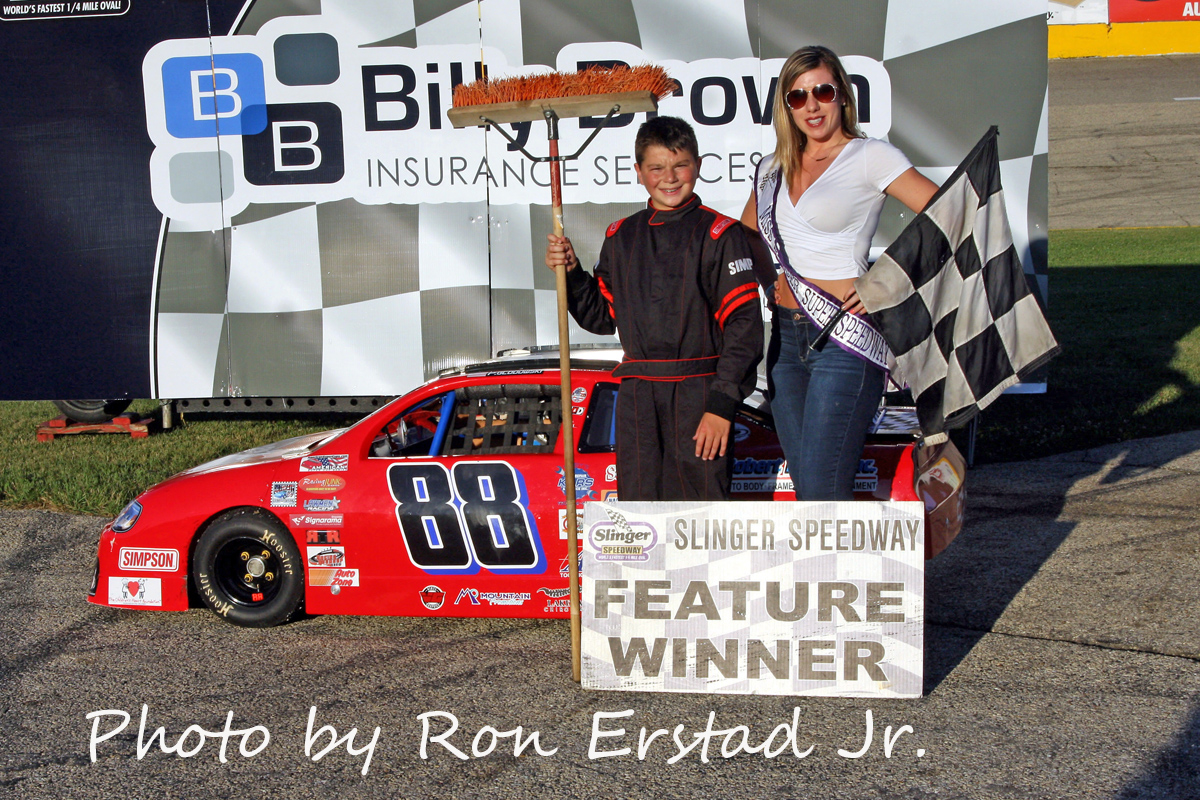 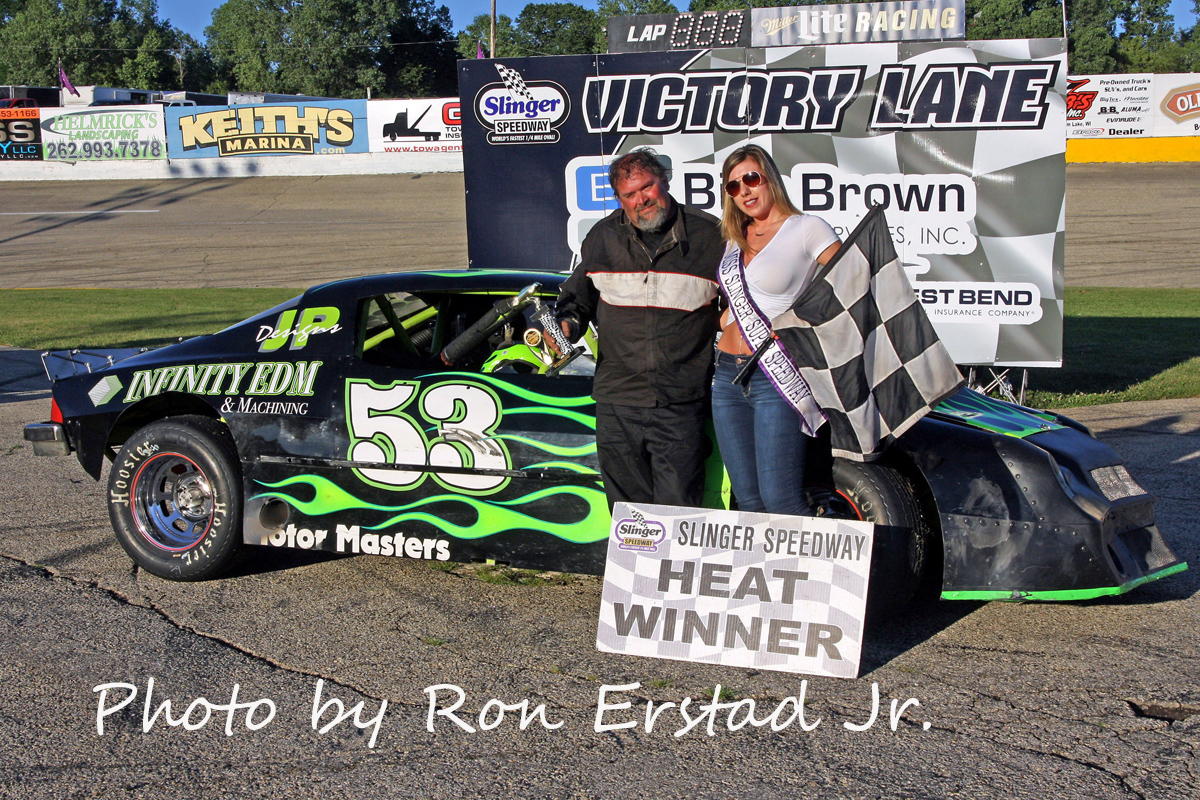 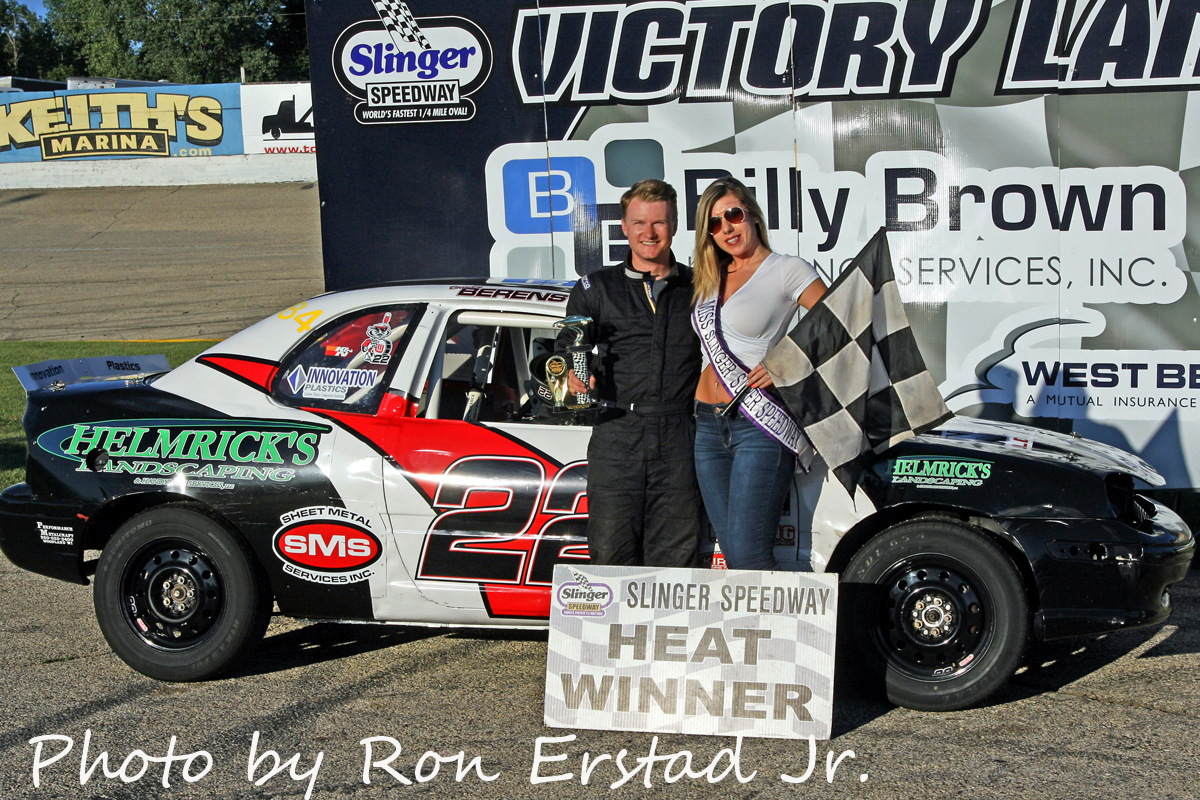 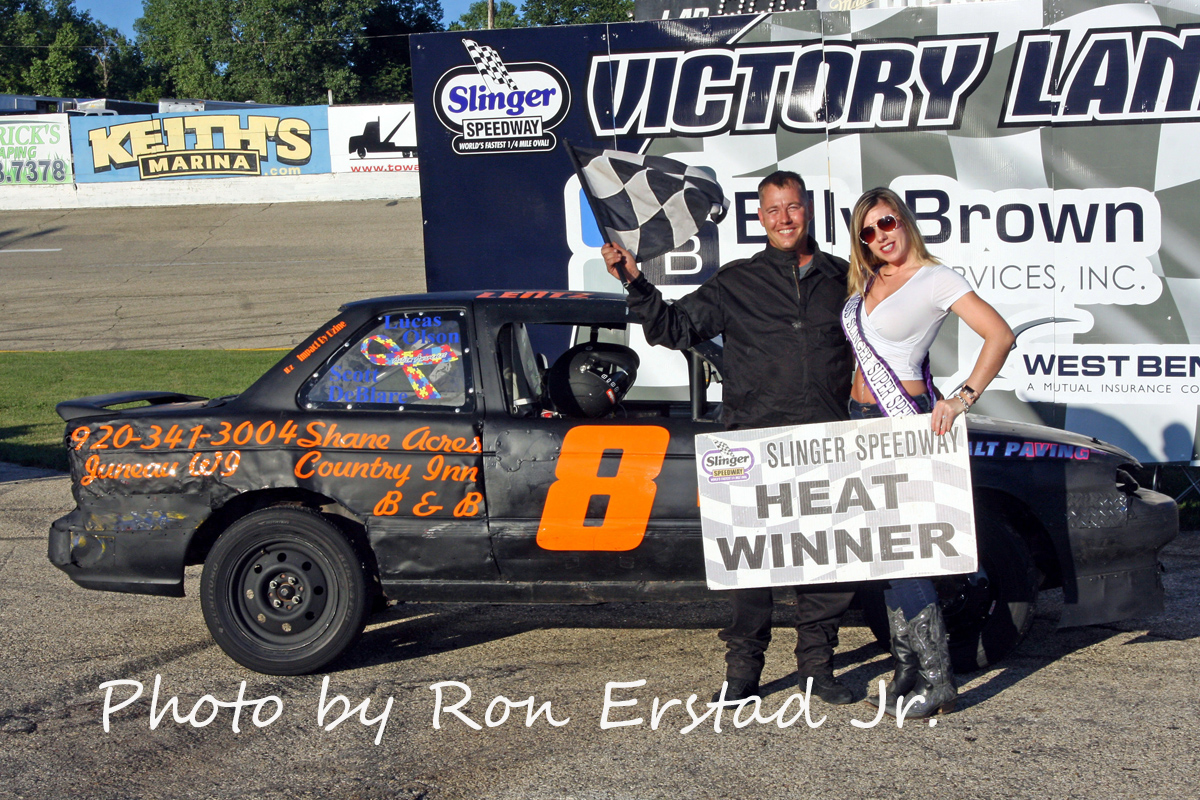 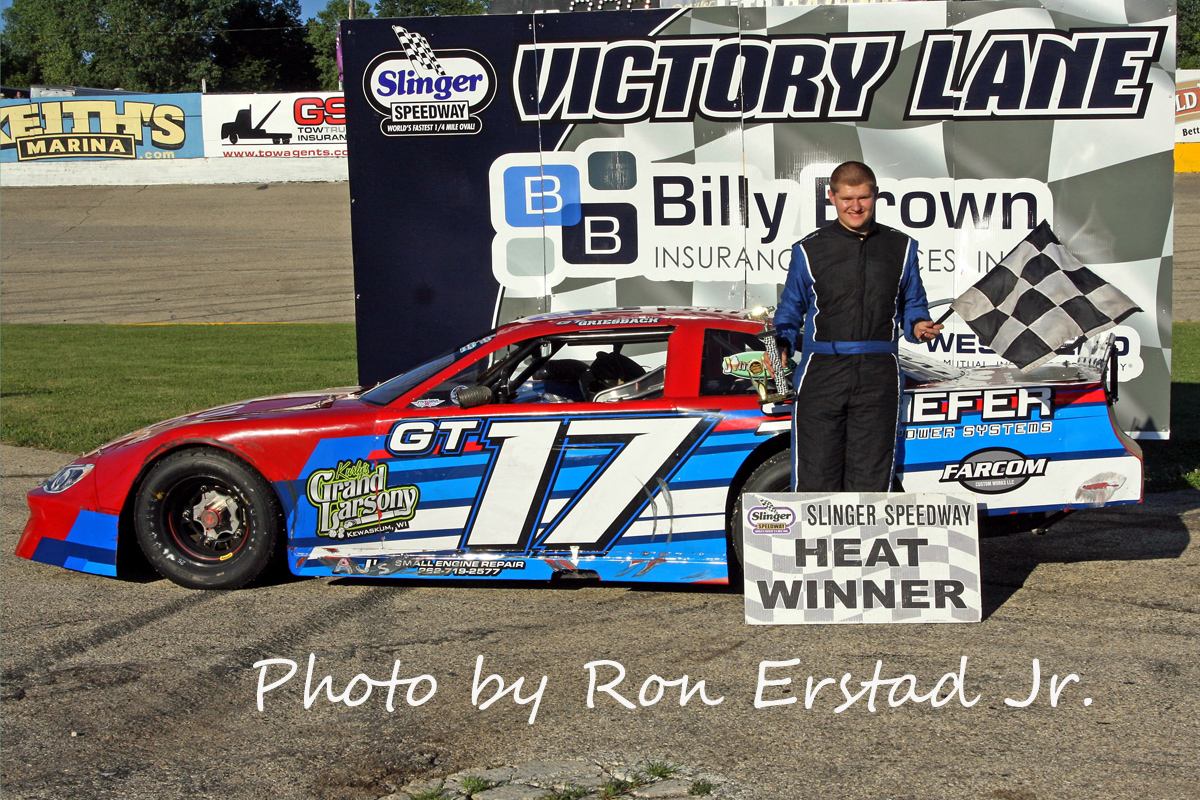 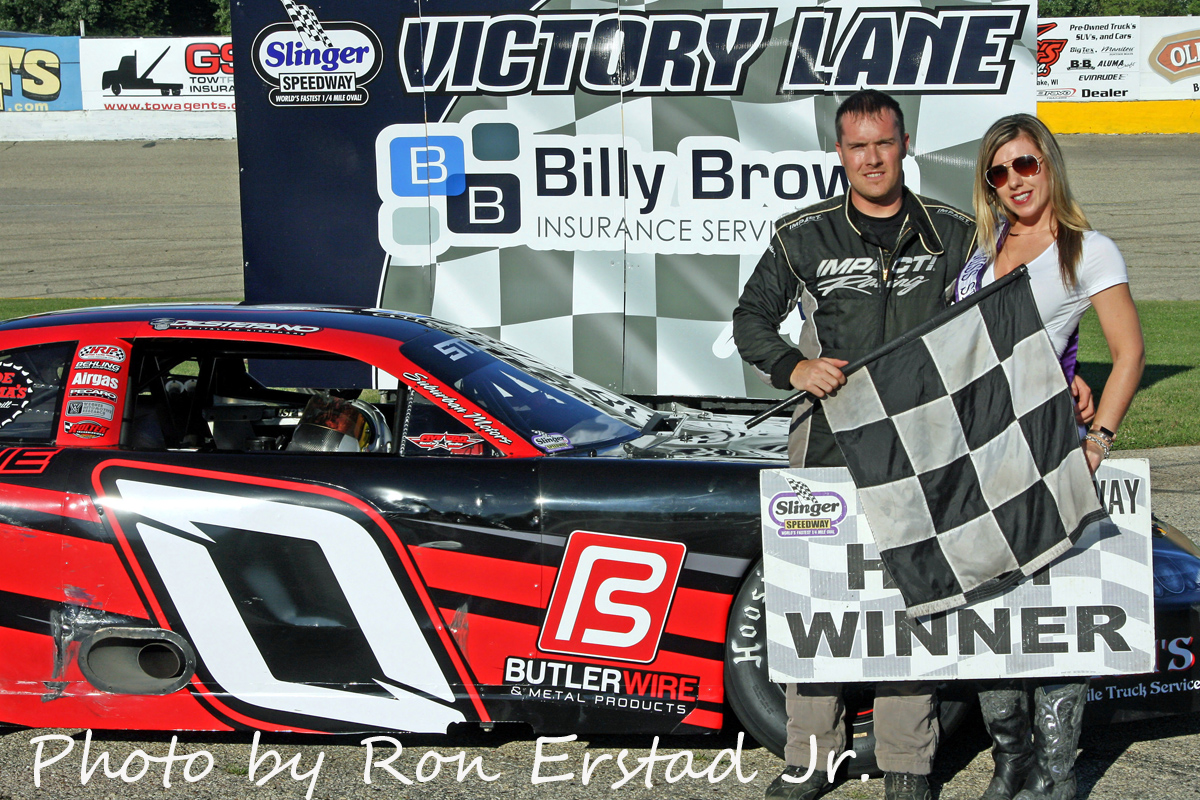 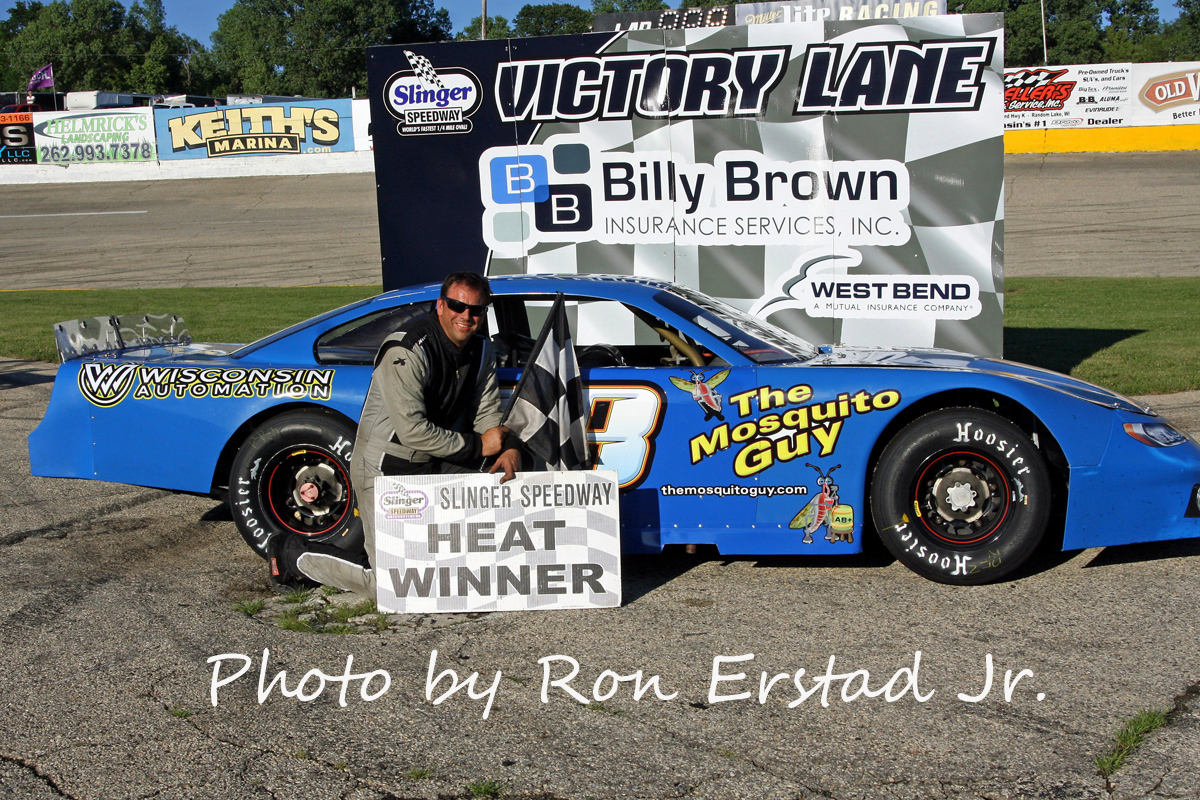 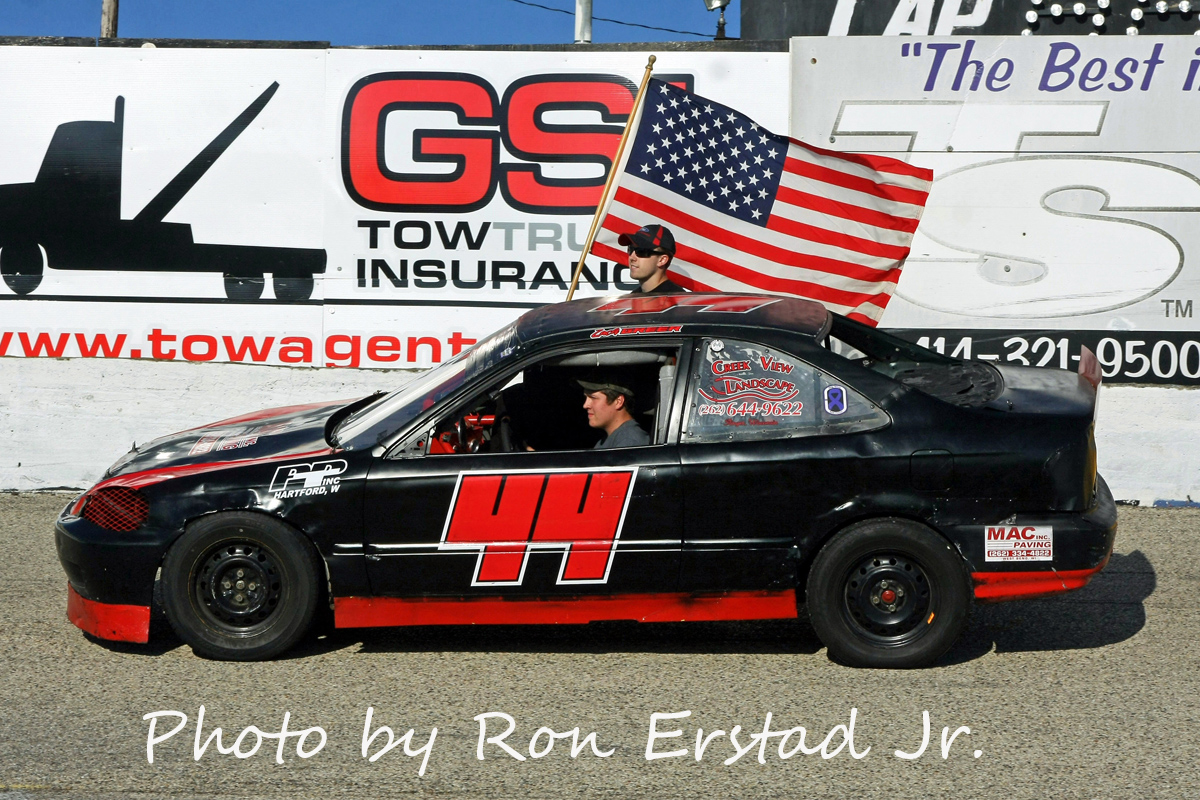 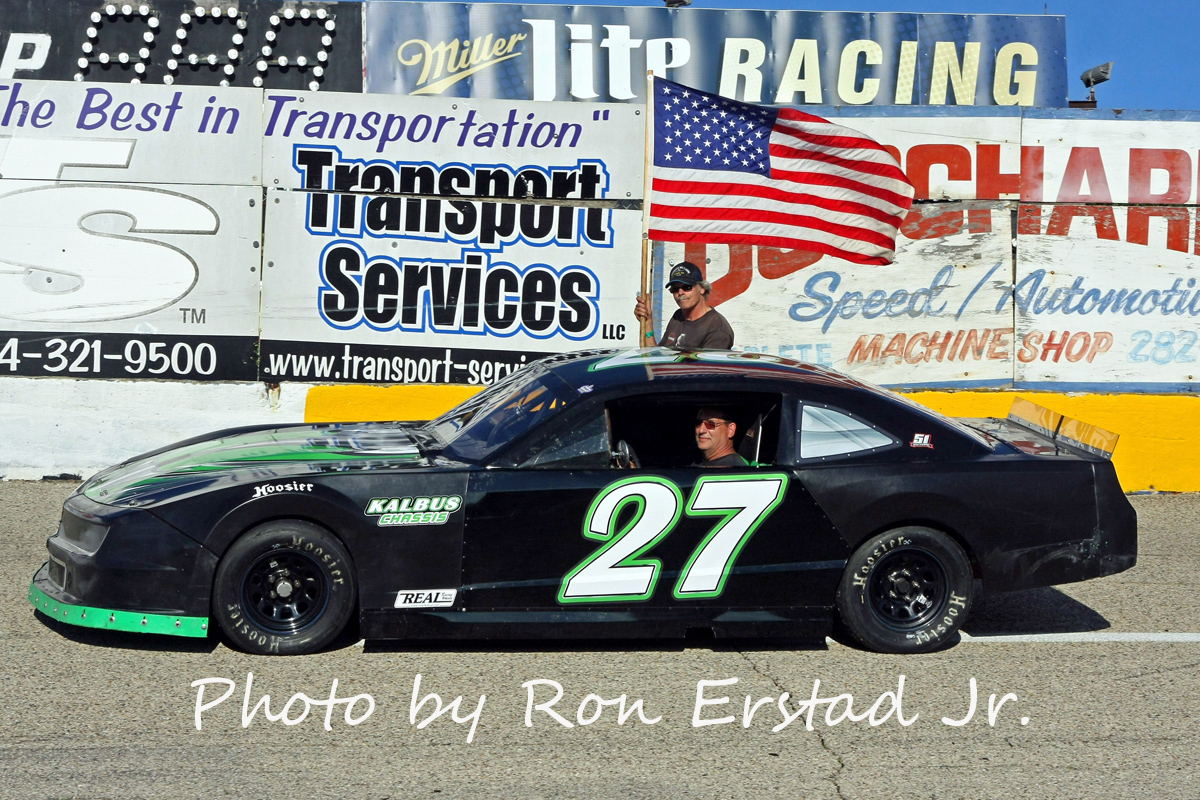 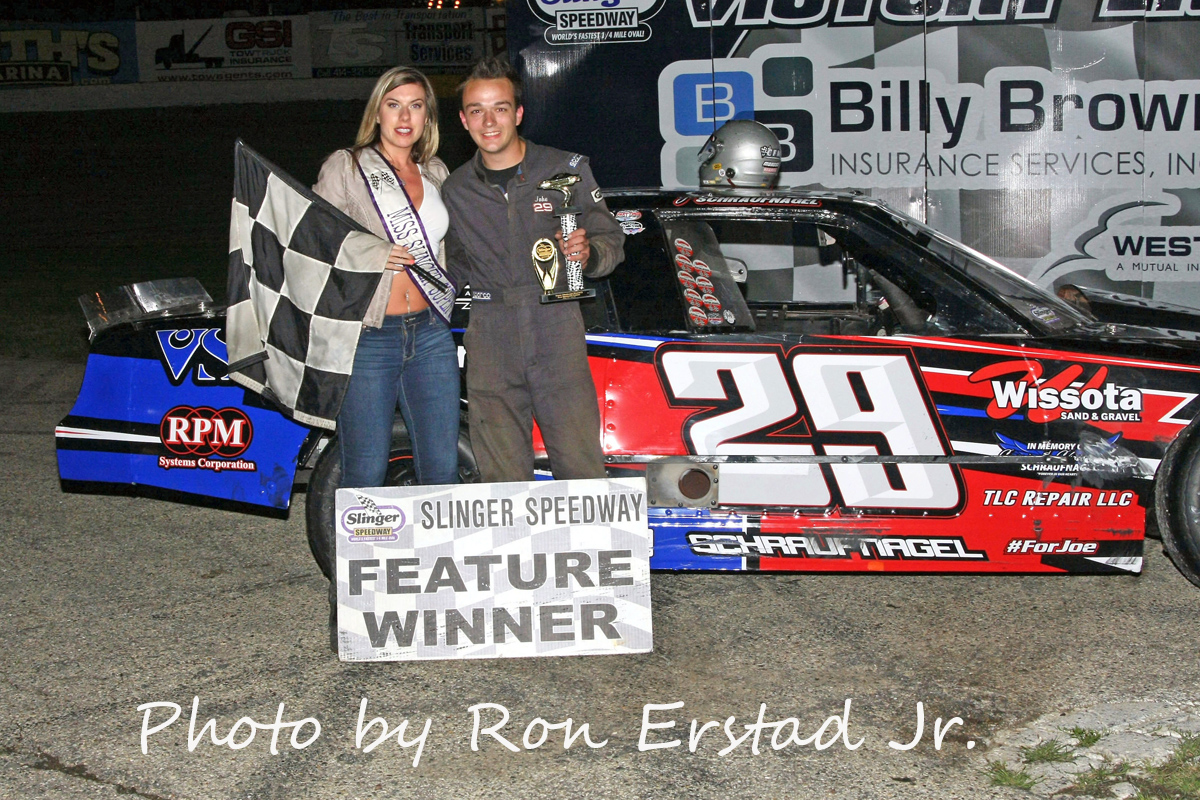 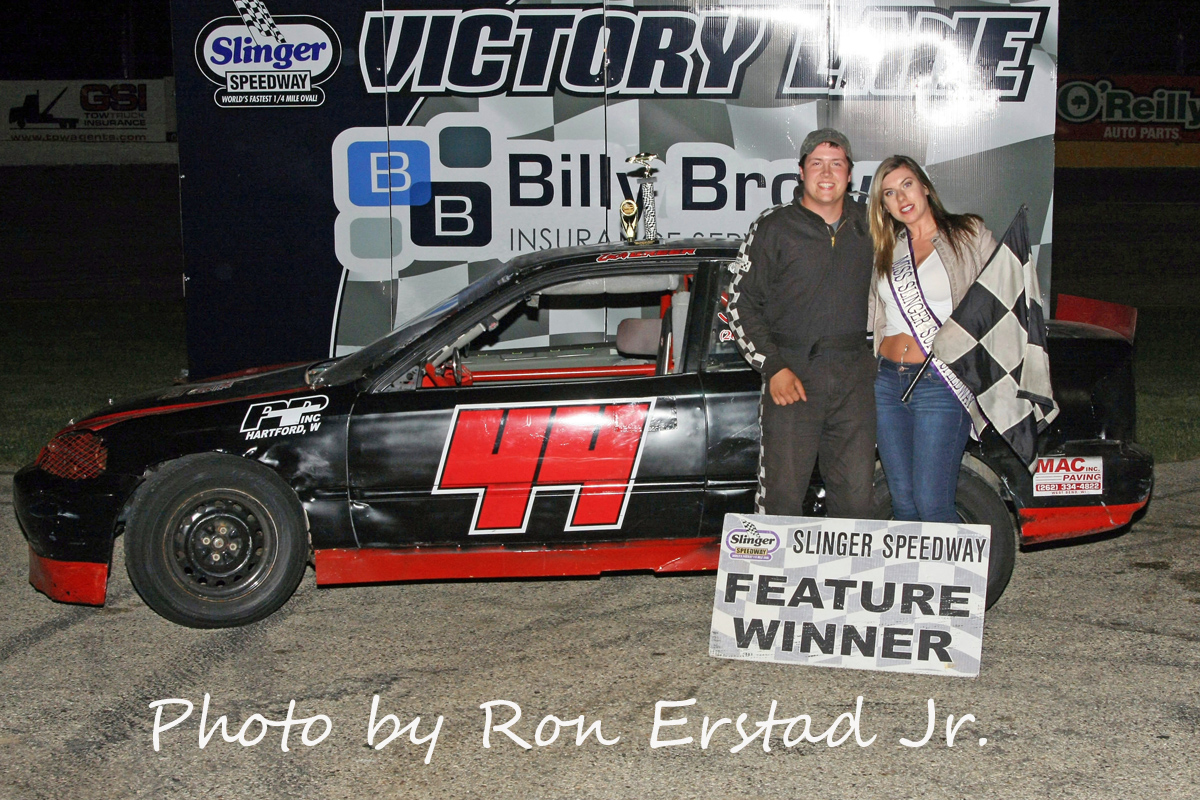 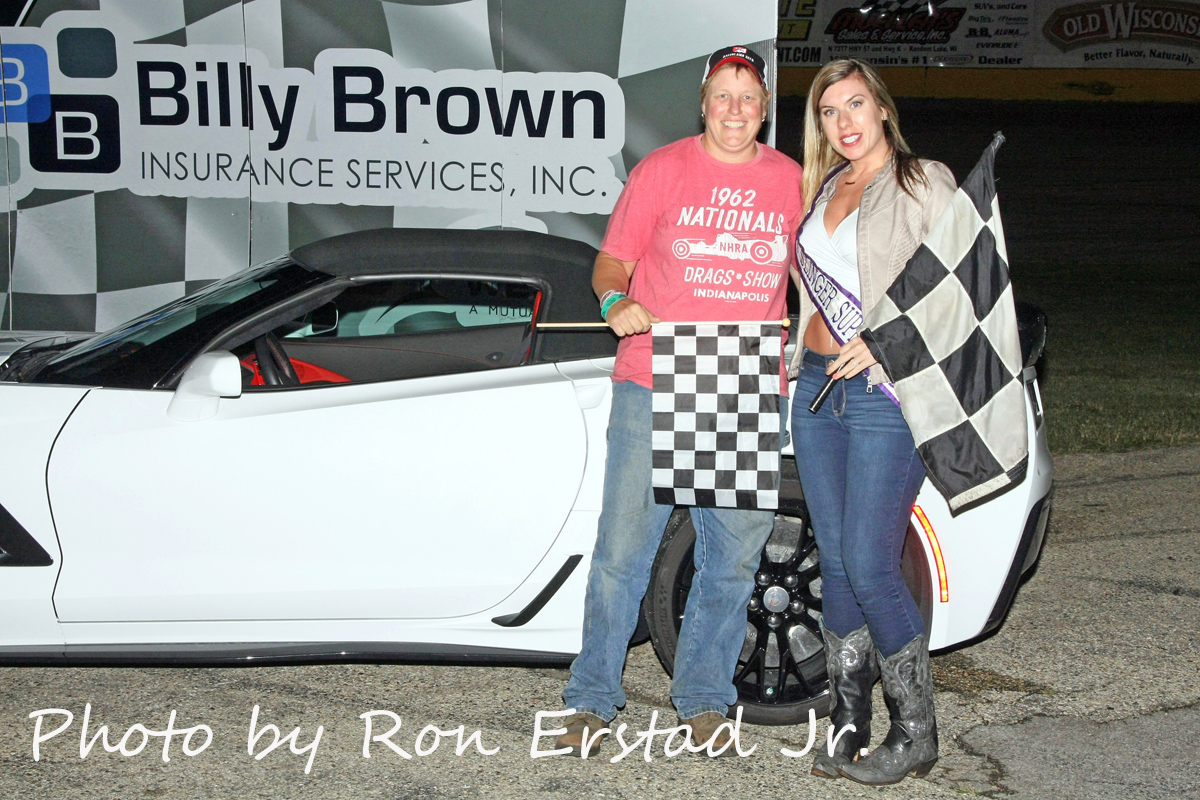