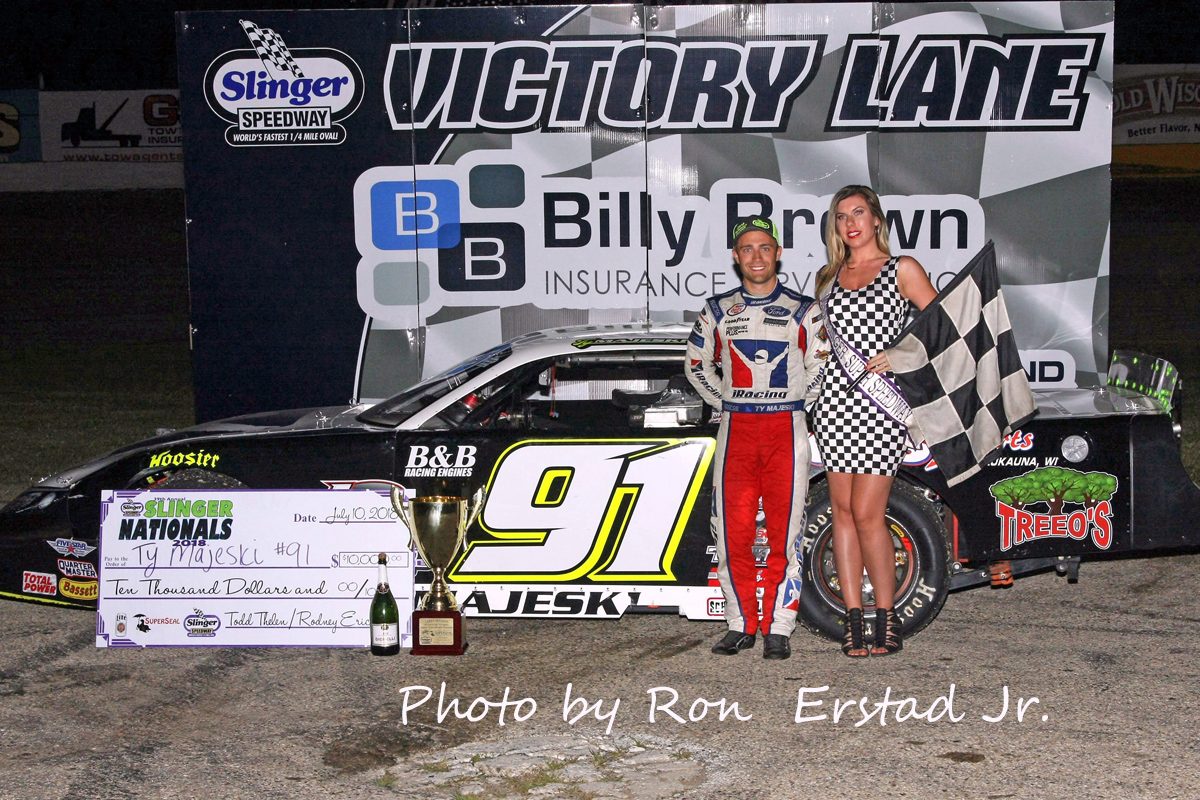 Slinger, Wis., July 10— Over the last few years, a victory in the Slinger Nationals had seemed to slip away from Ty Majeski as despite having a strong race car, uncontrollable circumstances always crept up to keep him from hoisting the elusive trophy. Majeski exorcised those demons in a big way Tuesday night at the Slinger Super Speedway as he turned in a dominating performance to capture his first victory in the 39th edition of the prestigious super late model event.

“We’ve been wanting this one for so long….so badly…as we’ve had so many good race cars here,” an excited Majeski told the crowd from victory lane after leading 131 of the 200 laps that made up the event, “Really for the last three years I felt if the cards played out right we could’ve won the race and they didn’t, but tonight they did.”

“The team tonight was unbelievable and (crew chief) Toby (Nuttleman) and all the guys did a great job and we’ve all been doing our homework,” Majeski continued, “When people wondered why we weren’t racing earlier in the year, I told them we were getting our cars better and some people laughed like we were crazy, but we did that and man, this is a cool one.”

“For a team like ours, this will go a long ways,” Majeski stated, referring to the $10,500 prize money for the victory along with several thousand extra dollars collected for leading laps sponsored through donations from the fans,” We have a decent size budget but now what some of those guys down South and this will help a lot towards going to races like the Snowball Derby and I’m excited for the whole team because they work so hard while I’m chasing my dream in Charlotte and they’re one hundred percent behind me all the way, so this feels good.”

Dennis Prunty tried to wrestle the lead away from Majeski at the beginning of the second half of the race and once again following late restarts with 25 and 14 laps to go respectively but the 2015 Slinger Nationals winner ultimately had to settle for a second place finish as Majeski just proved to be too strong.”

“I actually started the second half with higher air pressure, figuring maybe I could get out in the lead for a little while.” Prunty explained afterwards, “But obviously what happened then was I had too much air in the right rear (tire) after that and I was just hanging on for the next 75 laps so I guess we brought a second place car tonight.”

Brad Mueller was the driver other than Ty Majeski to lead laps in the race as he paced the opening 69 circuits before keeping the leaders in sight to finish a strong third.

“You know, we had a great car and for us racing part time like we do, I’m very fortunate to be in this position,” a satisfied Mueller stated afterwards, “I look at the two guys that beat me and one races professionally and the other has won more races here than anybody else and although I wanted to win tonight, to finish third behind them isn’t too bad.”

“We saved our stuff there for the end and ran down those guys,” Nason said, “This car really needed a long, long run to get going but I don’t know if we could’ve touched those guys.”

“The first half I tried to ride around a little bit and be in the top ten for the halfway break, “Apel stated, “But at the end of the day we finished fifth which was disappointing but the guys never gave up. We just made too many adjustments there at the halfway point. We’ll live and learn and the car is in one piece.”

Sauter exited the event on lap 166 after cutting down a right front tire while Kraus retired from the race with a small fire in his car on lap 68 and Jones spun early on lap eight before exiting on lap 66 with mechanical problems.

Dan Fredrickson won the 30-lap super late model qualifying race over Andrew Morrissey, Steve Wallace, and John DeAngelis to transfer into the main event while Derek Kraus won the 30-lap super late model semi-feature over Jeff Holtz as they also transferred to the 200-lap show. Ty Majeski paced the 34 car field in qualifying with a lap at 11.217 seconds.

Zack Riddle used a late race pass on Kyle Chwala with two laps to go to win the 40-lap late model feature. Chwala had to settle for second at the finish just ahead of Shaun Scheel and R.J. Braun while Jack Stern finished fifth. Jared Deming finished sixth and Jerry Mueller was seventh while Tom Jasinski, Jacob Nottestad, and Jakob Hassler rounded out the top ten. Ryan Gutknecht was the fastest late model qualifier with a lap of 12.190 seconds. 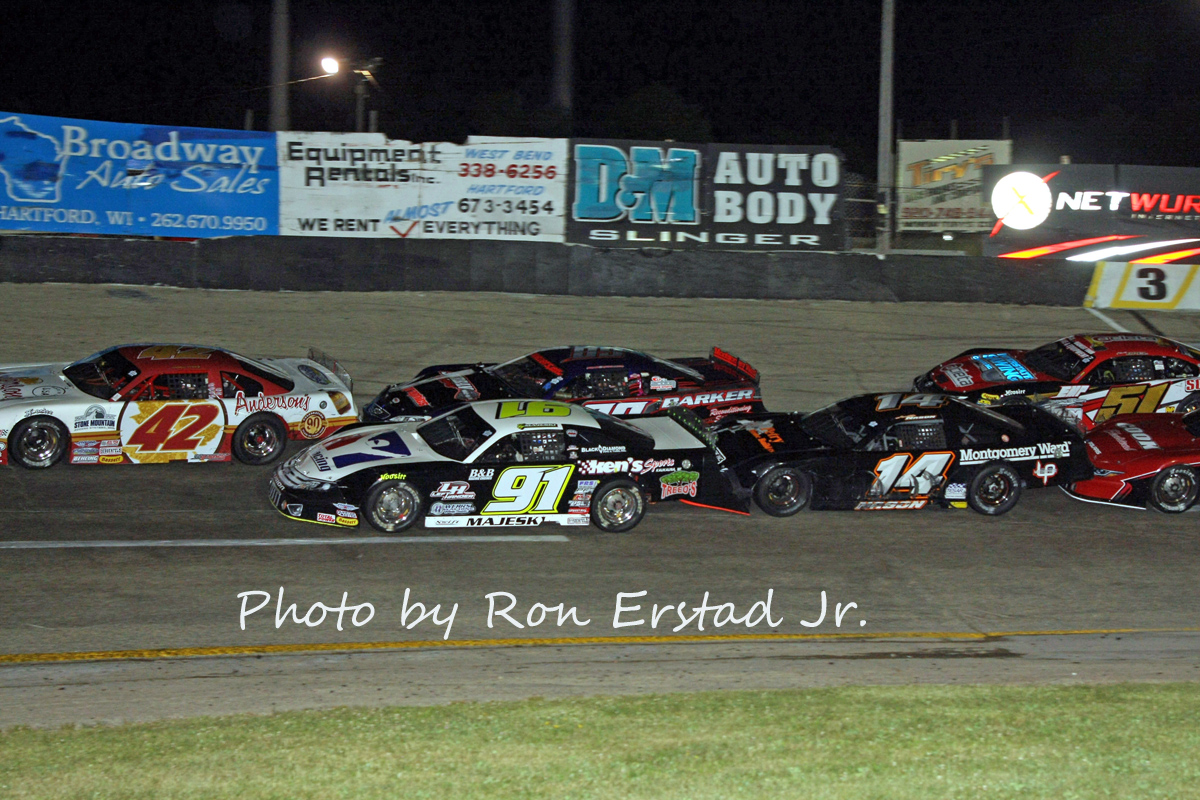 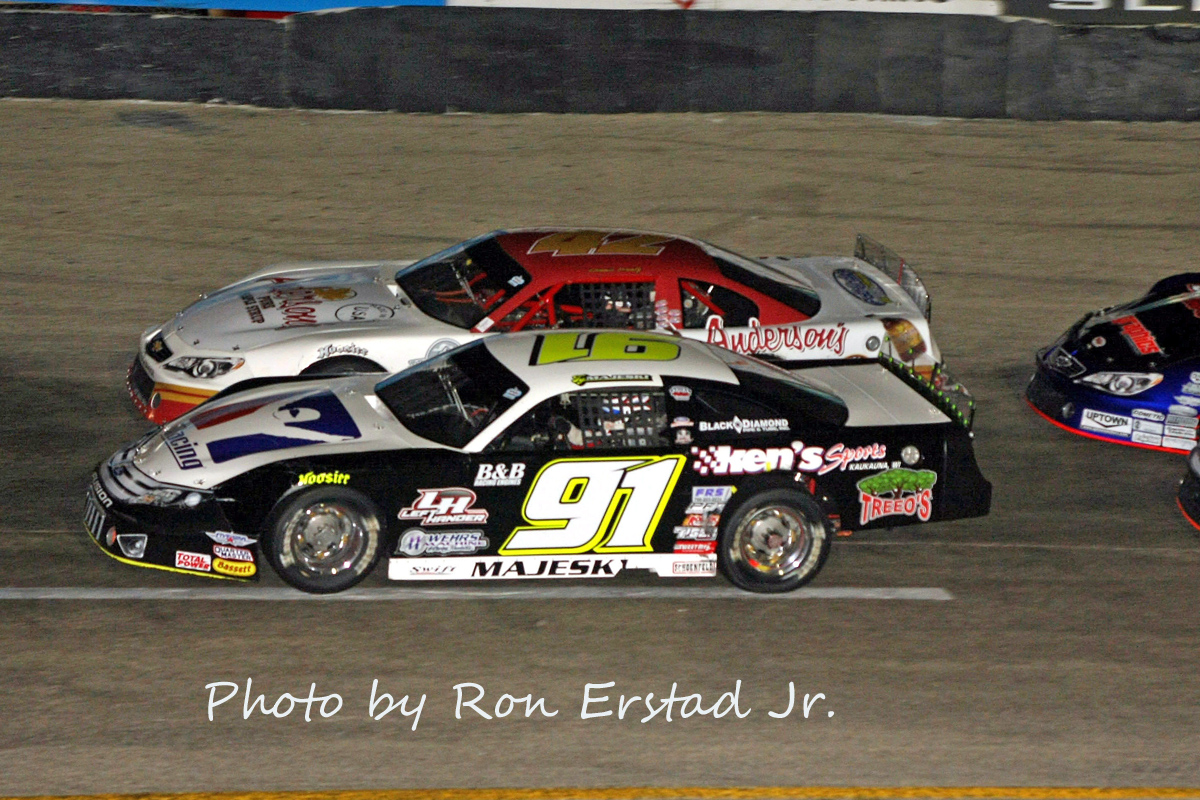 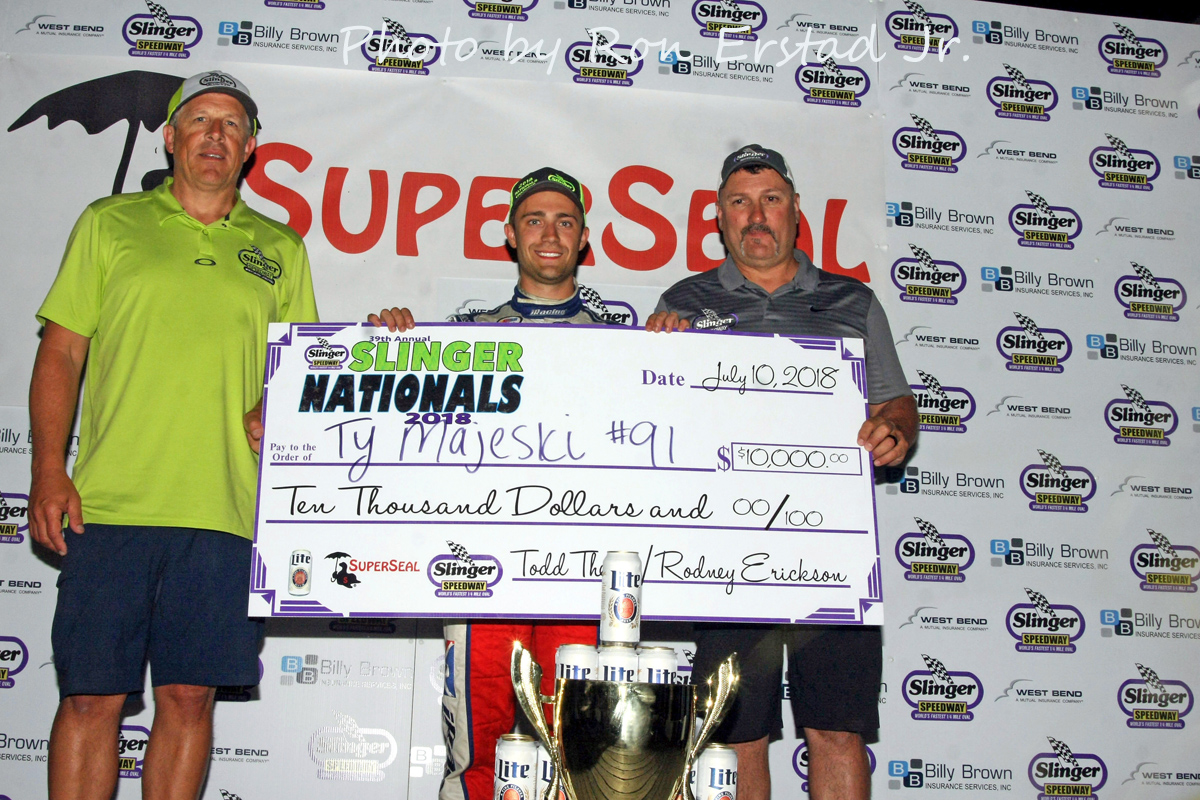 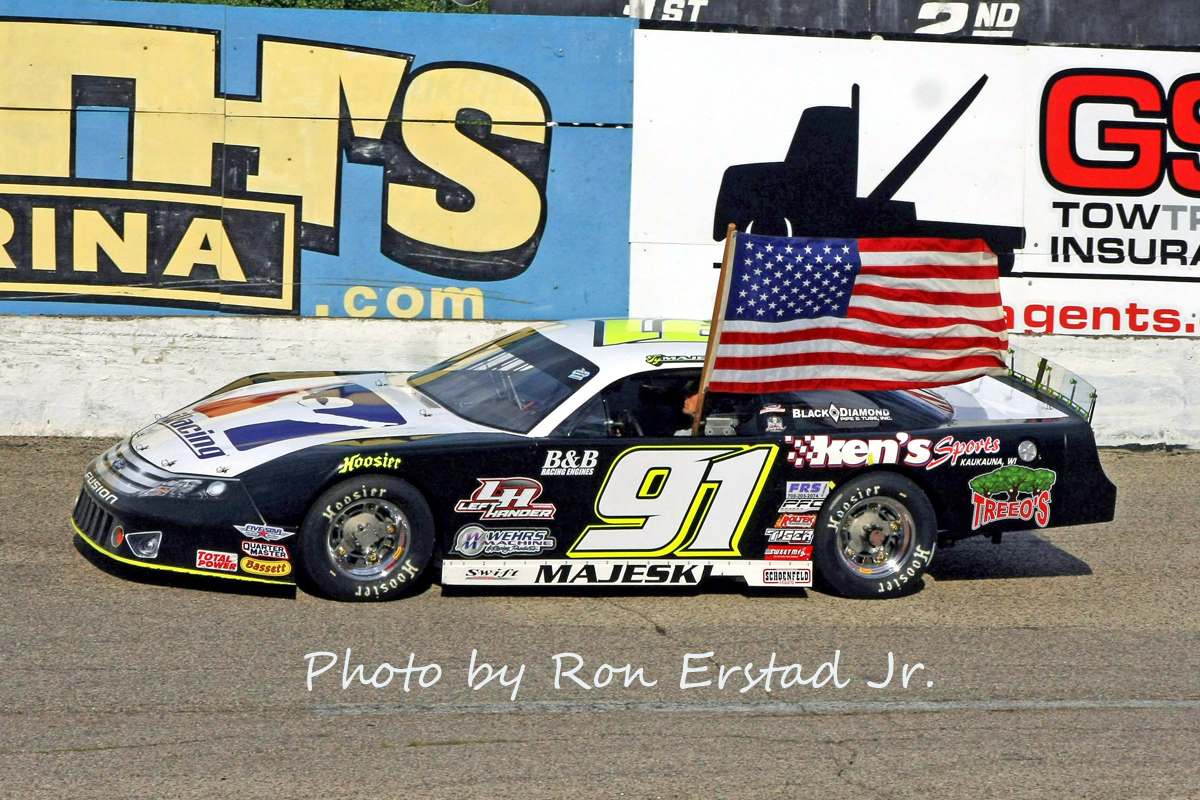 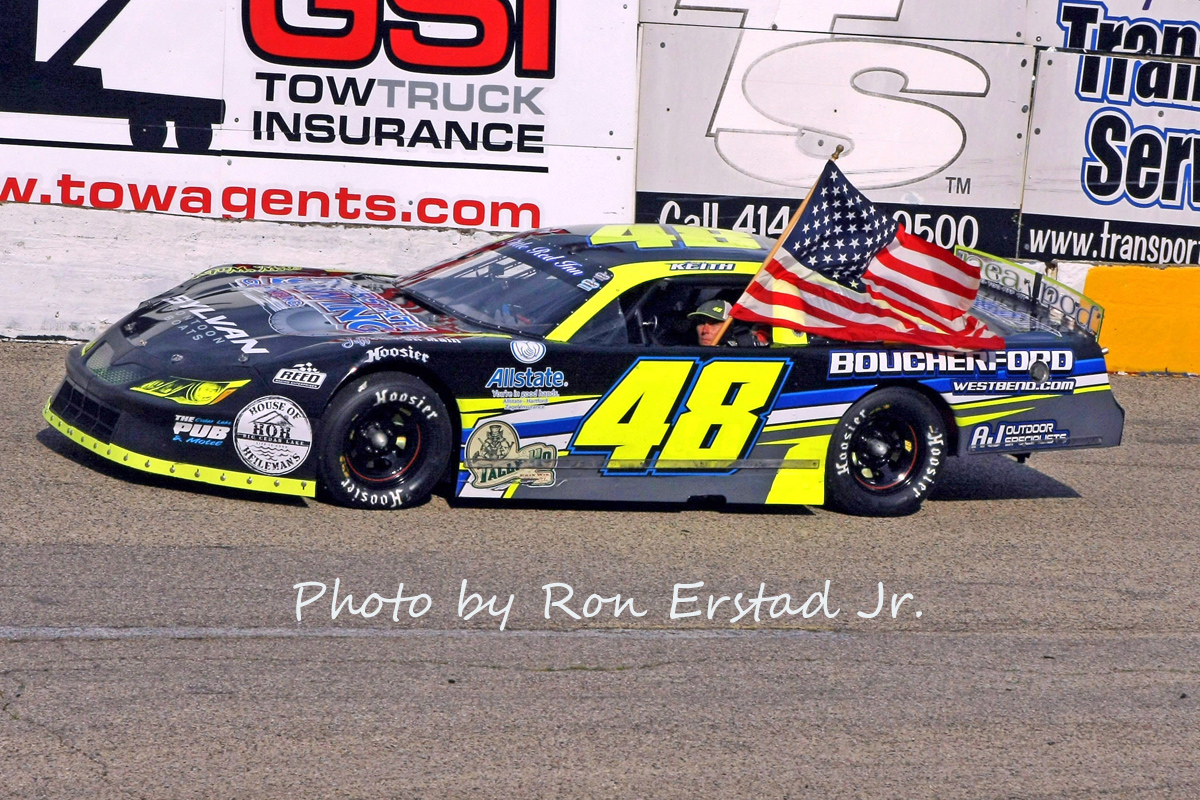 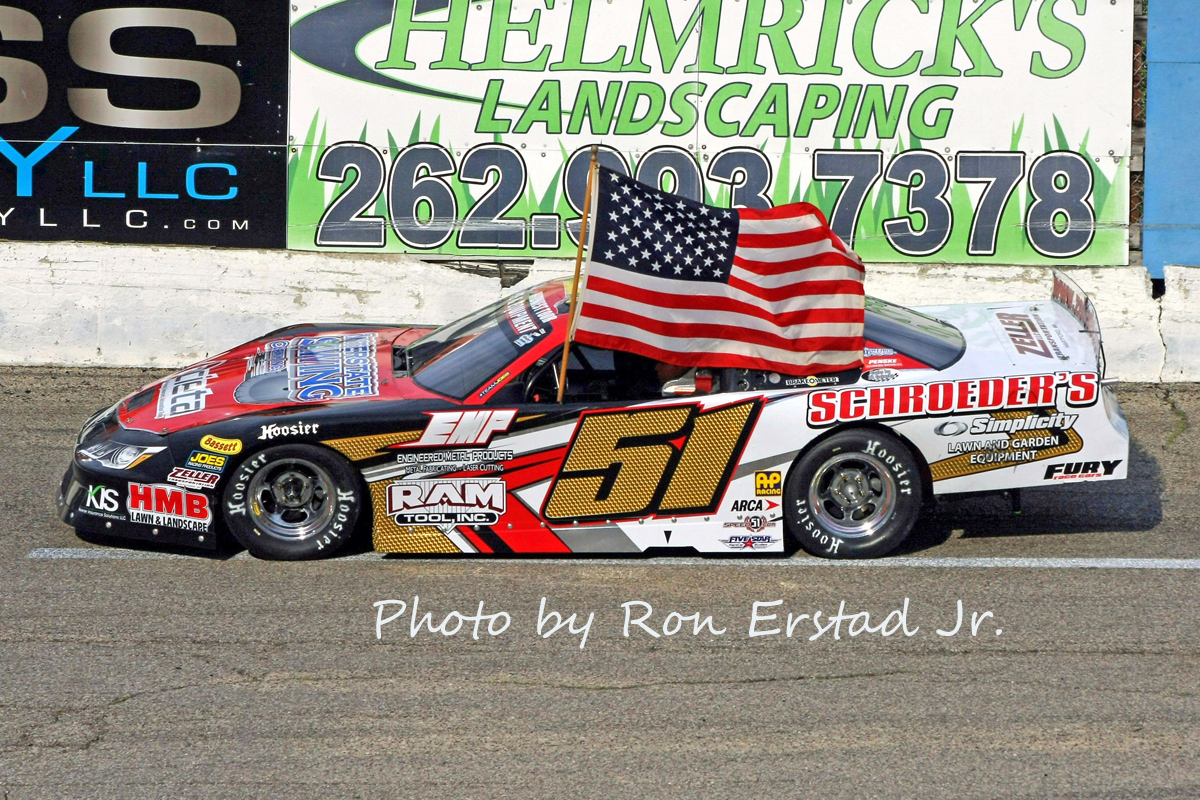 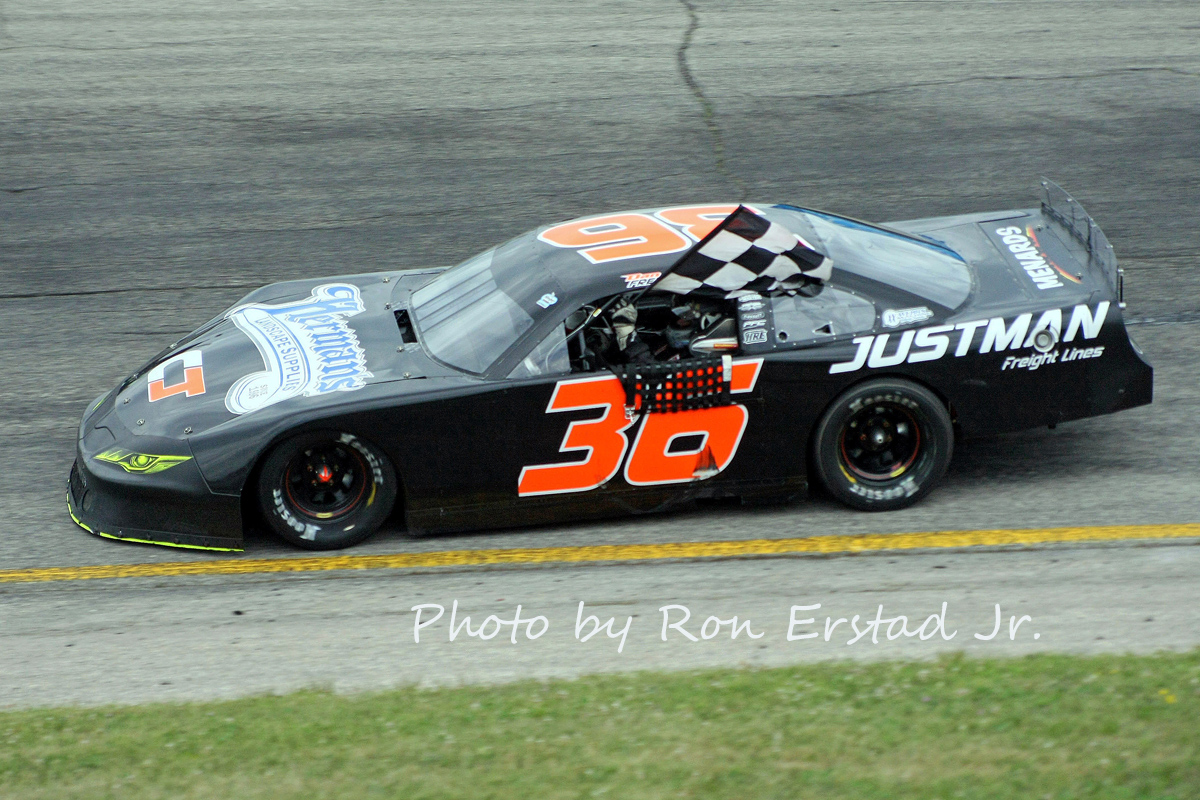 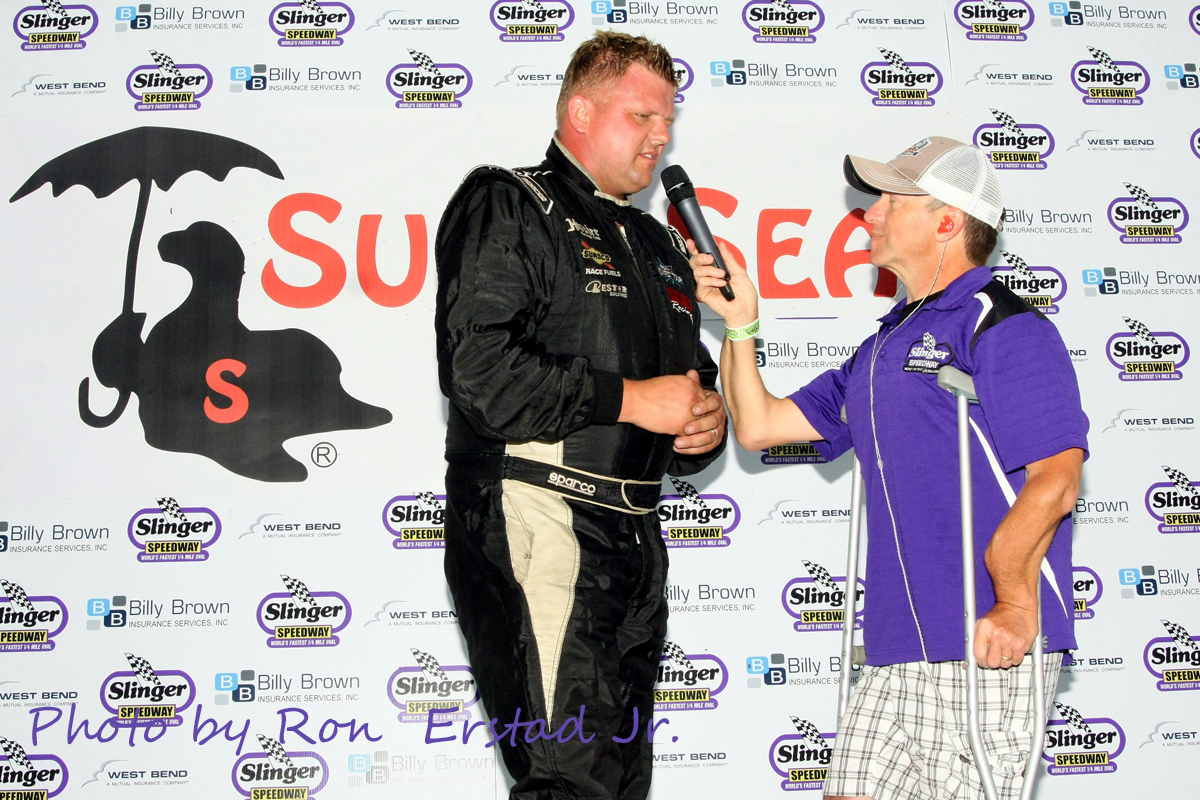 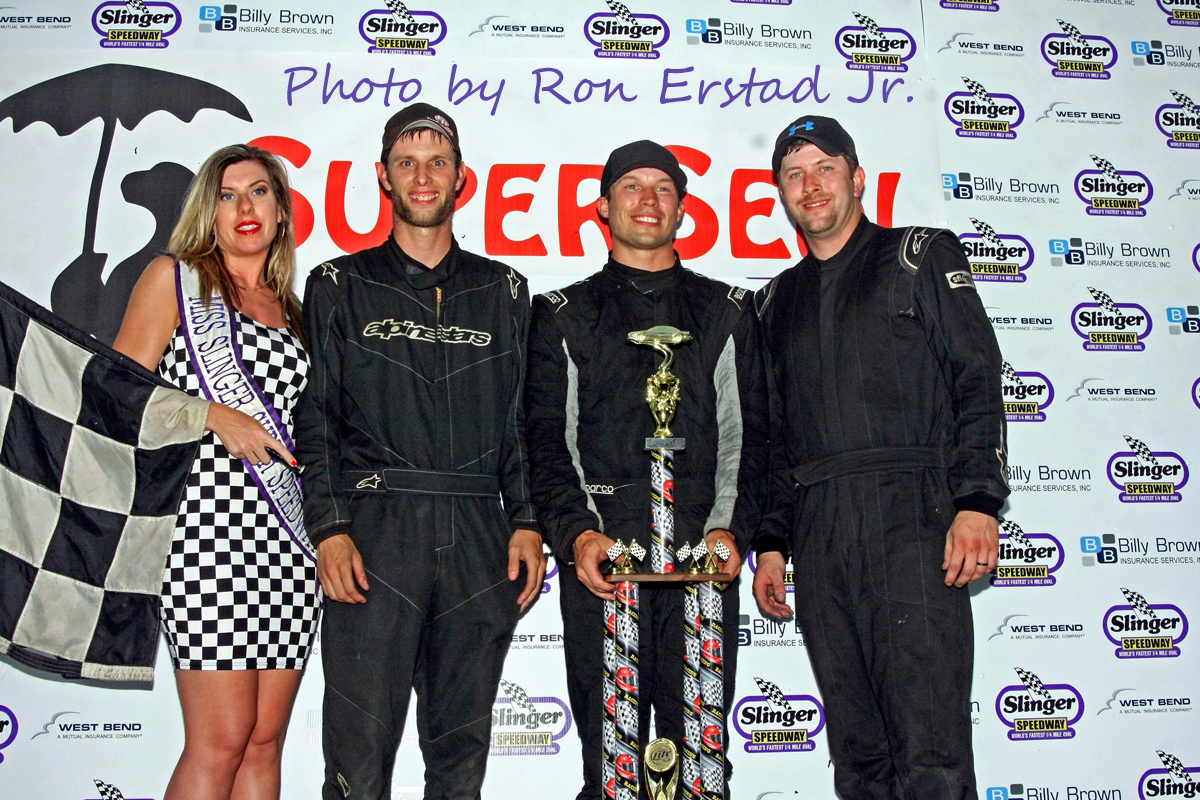 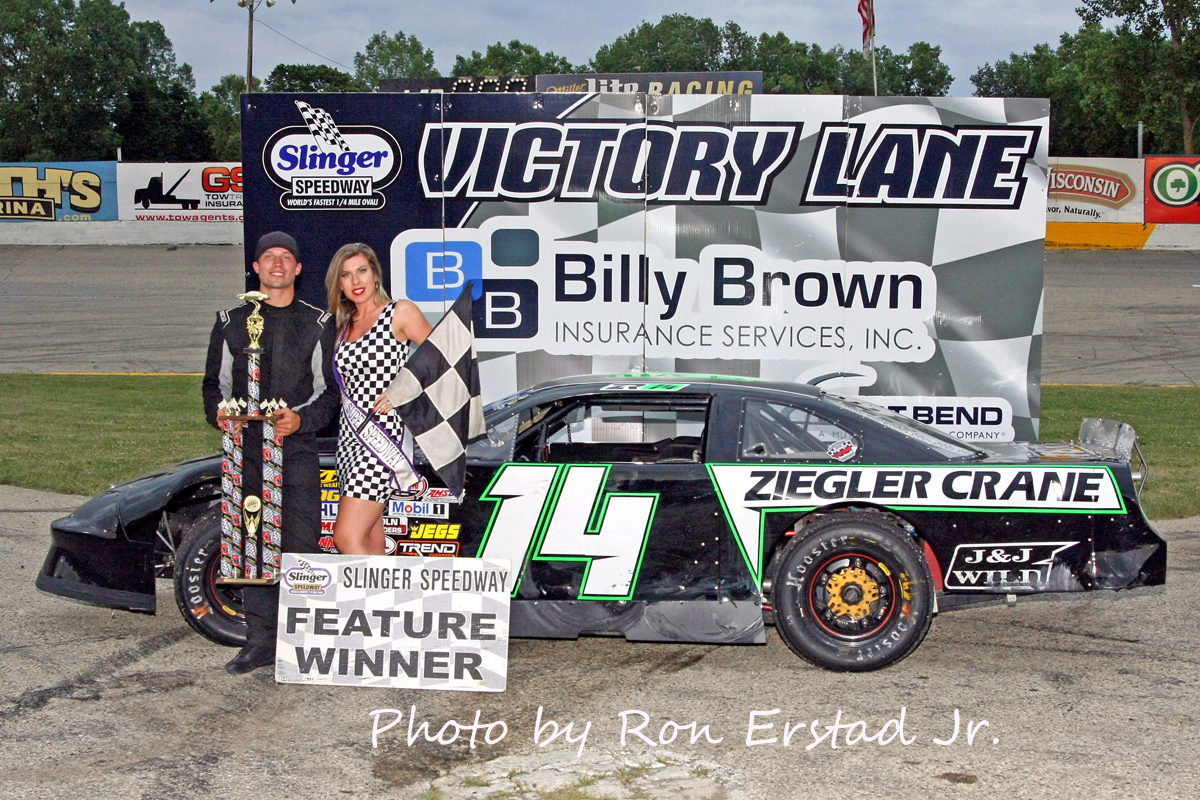 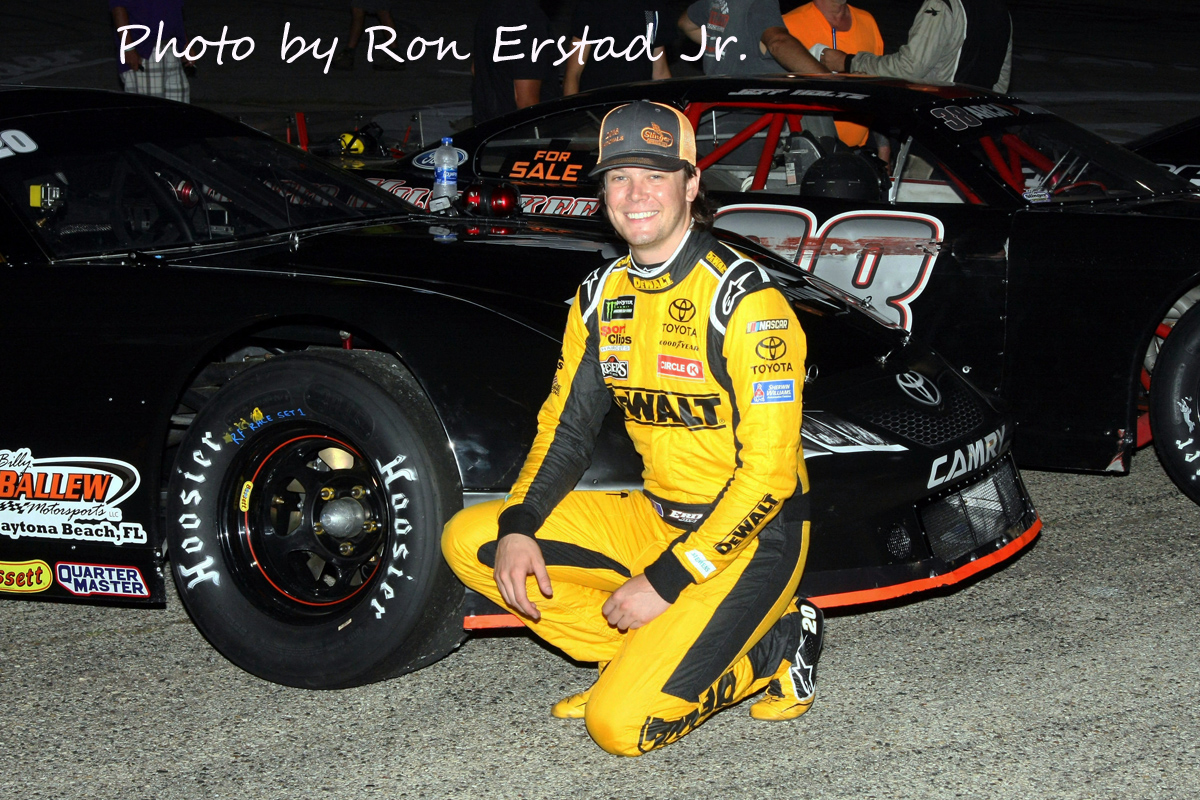 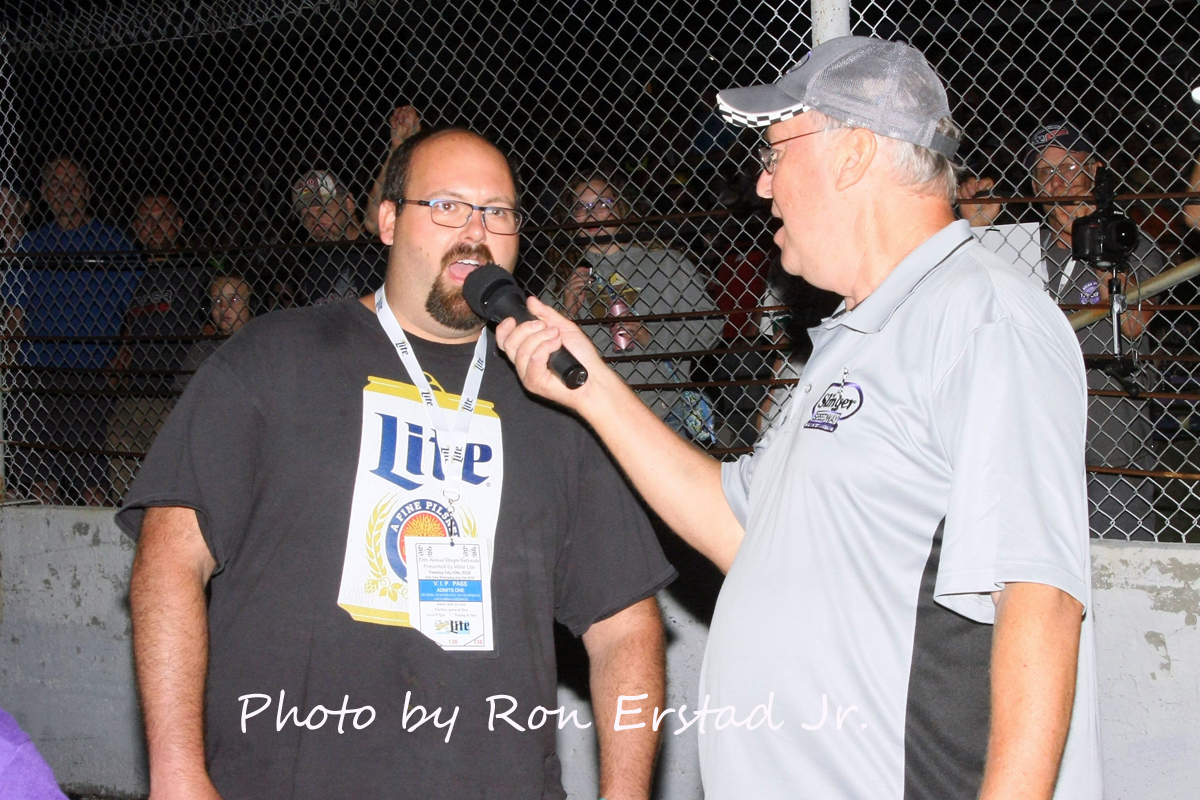 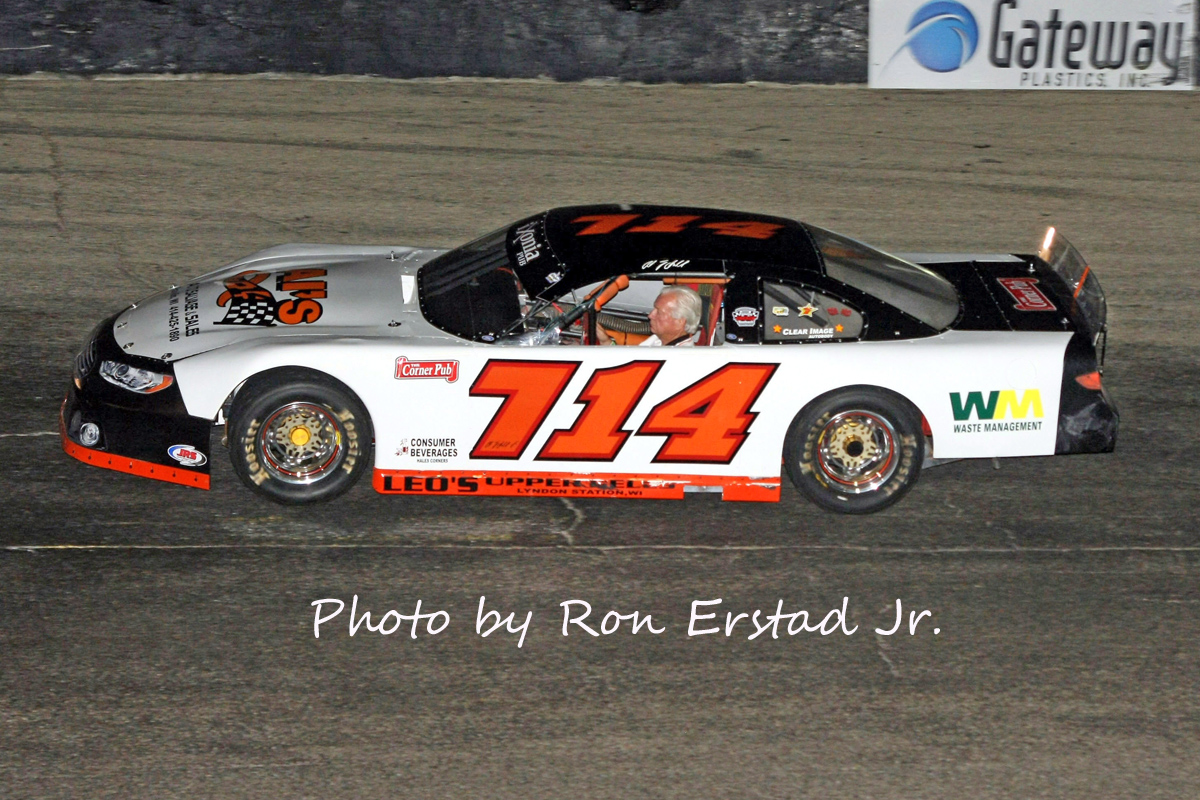 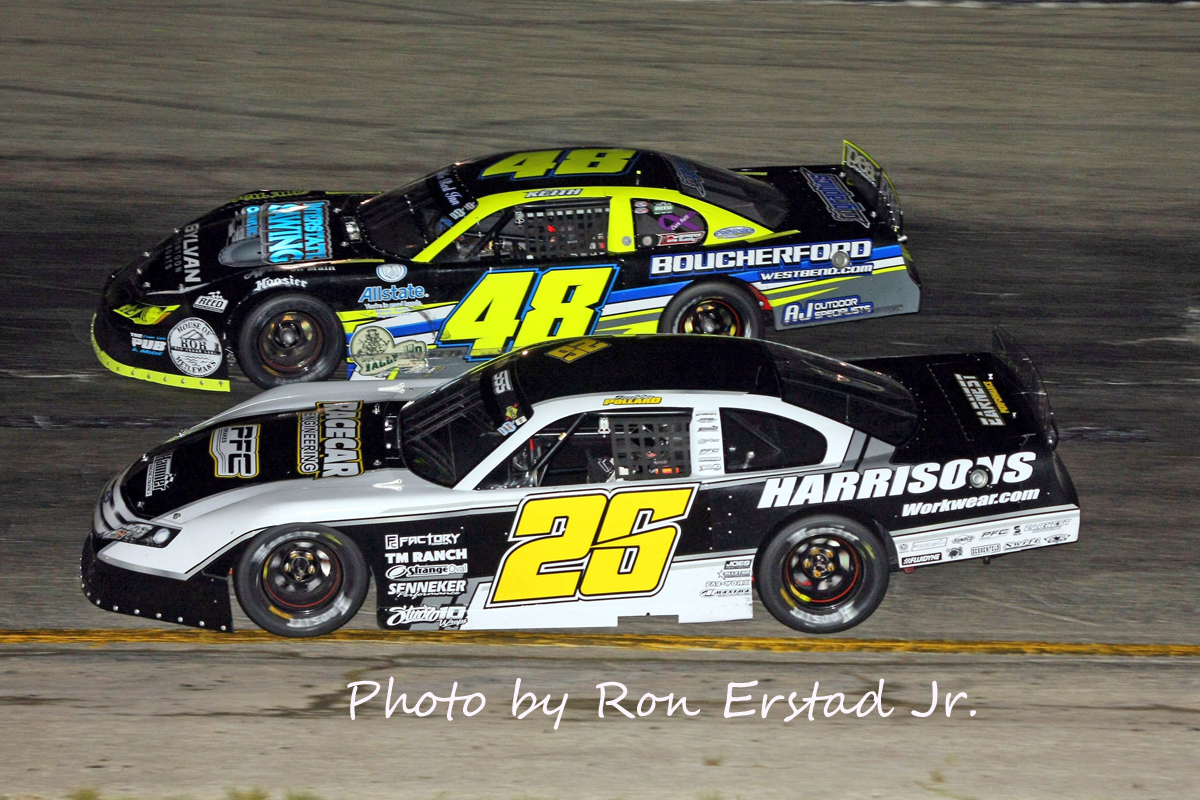 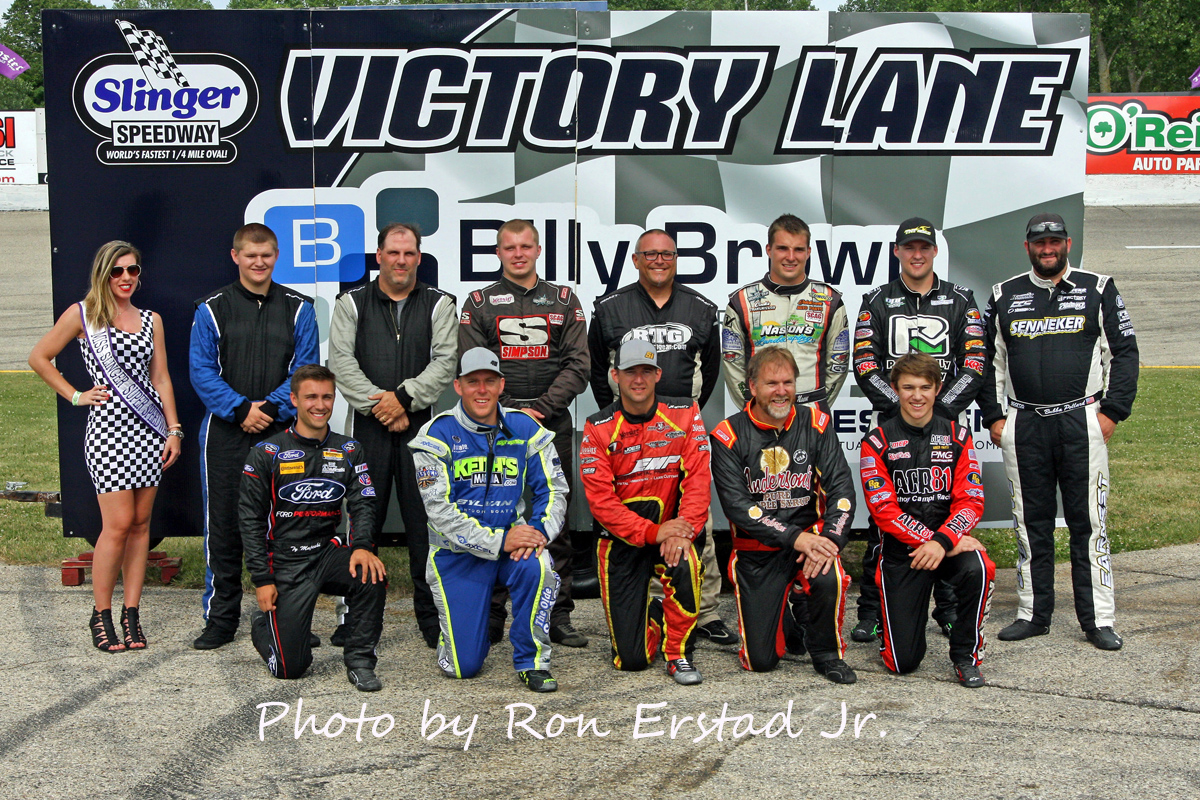 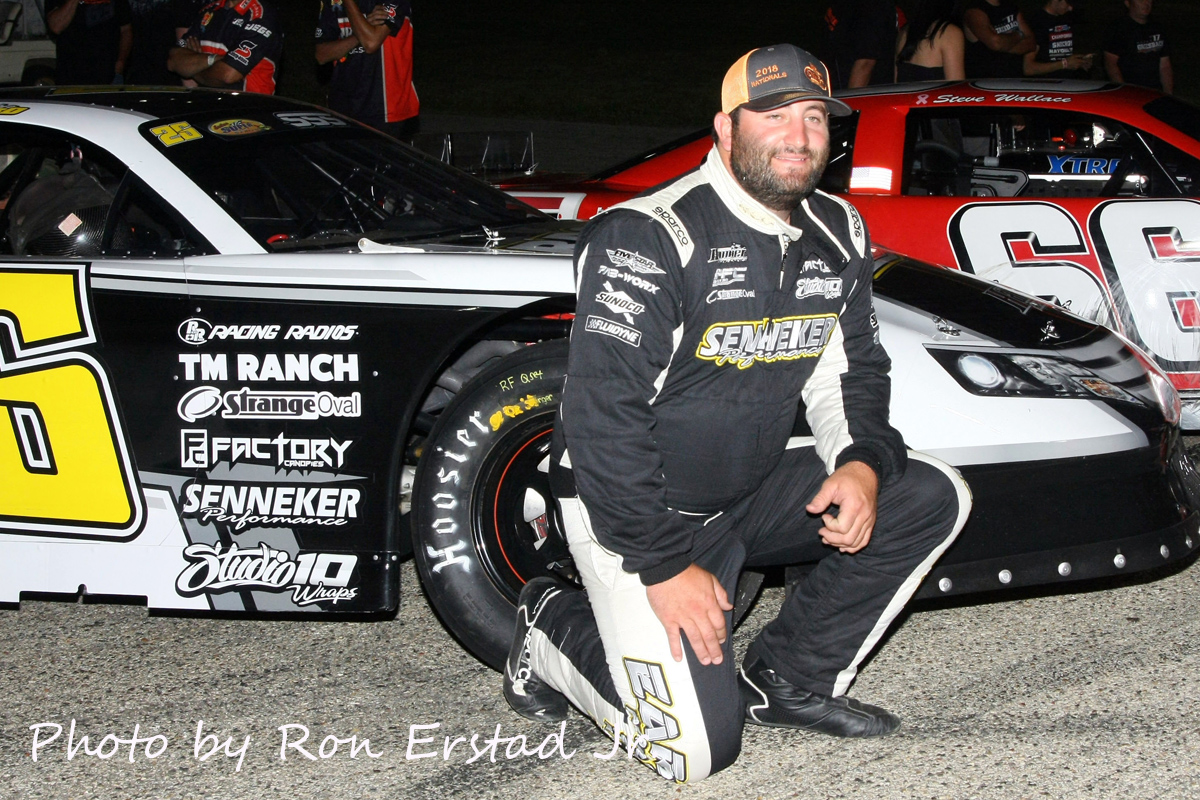 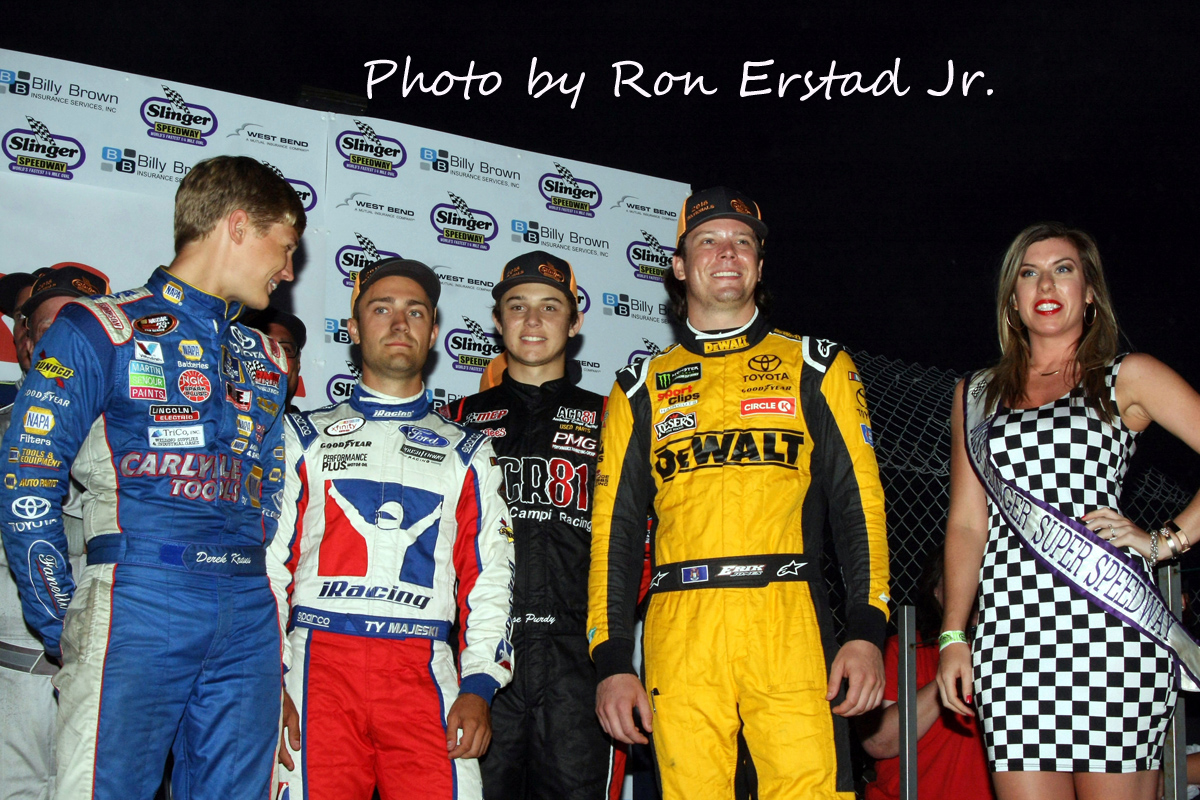 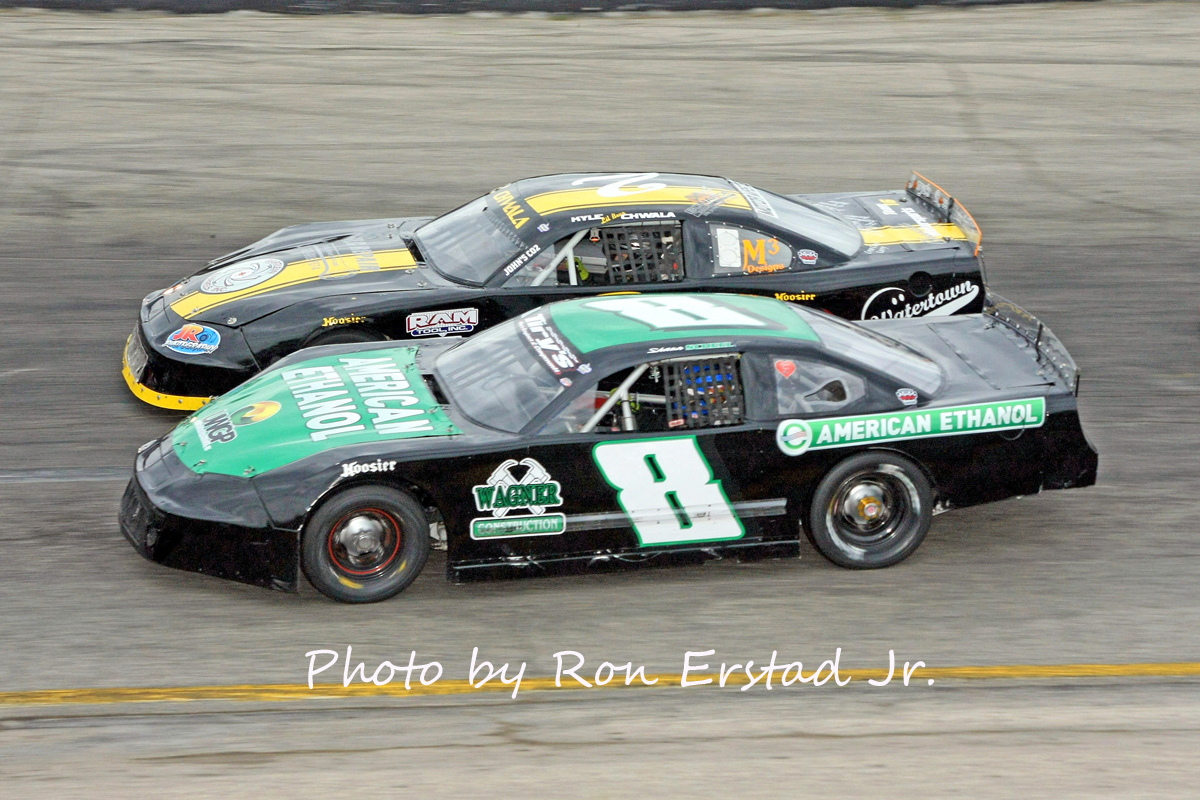