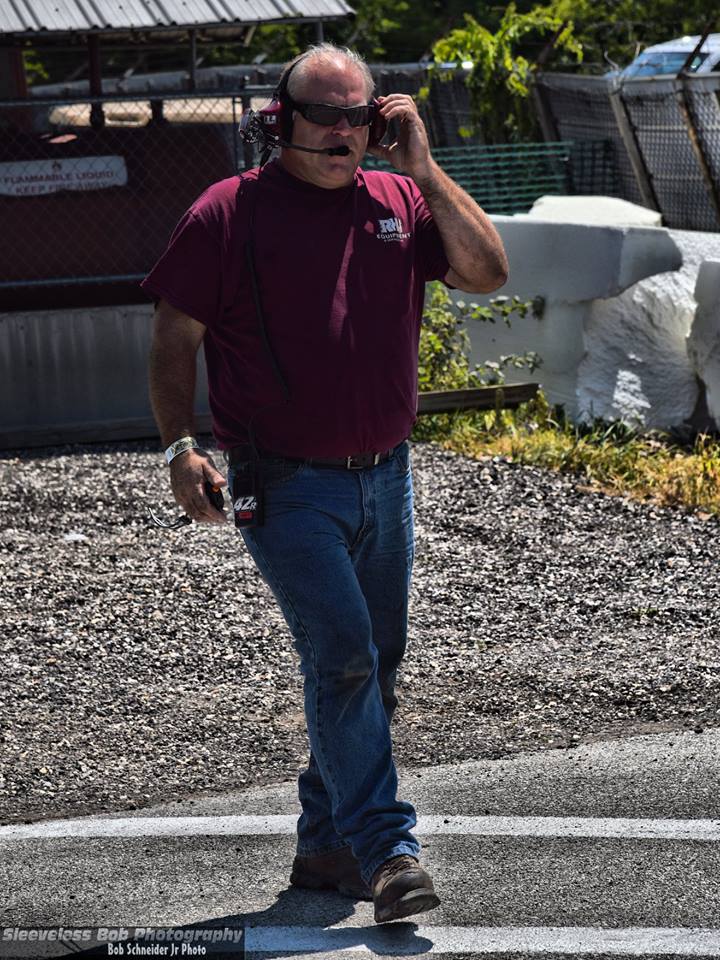 Why did you get into racing?
My whole family did it, it’s in my blood. I raced Enduros a couple times, but had kids early on and that was the end of driving for me.

Who is your favorite NASCAR (or other pro) driver?
It used to be Matt Kenseth, just because he was from Wisconsin. Now it’s Ryan Blaney, I don’t know why, it just is.

What do you like about Slinger Super Speedway?
The speed, and the camaraderie of the drivers and crews. You go back to the old days, and we could have an incident on the track with another team, but still get along. For example, everyone used to think we [#1 team] hated Brad Mueller, but we’d be having a beer together in the pits after the races and laughing about what happened on the track. We need to go back to more of that instead of the yelling and bashing on social media.

What is the most interesting place you’ve been?
I’ve been a truck driver for my whole life, so I’d have to say downtown New York City in a semi. I don’t think I have to explain anything more on that.

Which Slinger driver do you have the most respect for?
I knew you were going to ask me that, and it’s a hard question to answer! I’d have to go with Lowell Bennett, Brad Mueller, and Rich Loch. Back in the day we all raced each other clean. We had our differences, but we were also the first to help each other if someone had a problem.

Who have you spotted for at Slinger?
Dennis Prunty (current), David Prunty (also current?), Dale Prunty, Jonathan Brown, Brad Mueller, John DeAngelis, Tommy Pecaro, Mark “Kurly” Kissinger, and Jeremy DeRuyter.[Note: Dusty declined to comment on which Prunty was his favorite to spot for, and also declined to answer the frequently-debated question of which Prunty is the most talented. : ) ]

Is there anyone you’d like to thank?
My girlfriend Laura, my parents, my brothers…my whole family actually. They are the reason we do this. They put up with a lot with us not being home and how many hours we spend working on racecars.

Typically you spot for Dennis, but this past Sunday you were spotting for David in his return to Slinger Super Speedway. What’s the story?
Dennis didn’t think he was going to get home from vacation in time to race. David is used to me spotting for him, so he asked if I would. Dennis said he was OK with it, so I did. Brad [Hetzel, also the #41 Area Sportsman] will spot for Dennis if I can’t make a race, so he did on Sunday.

[Follow-up question: Both David and Dennis plan to run the next two weeks, which one of them gets you in their ear?] I’m not sure David wants me, but I am with Dennis now. We will discuss this conundrum in the shop this week. Stay tuned. 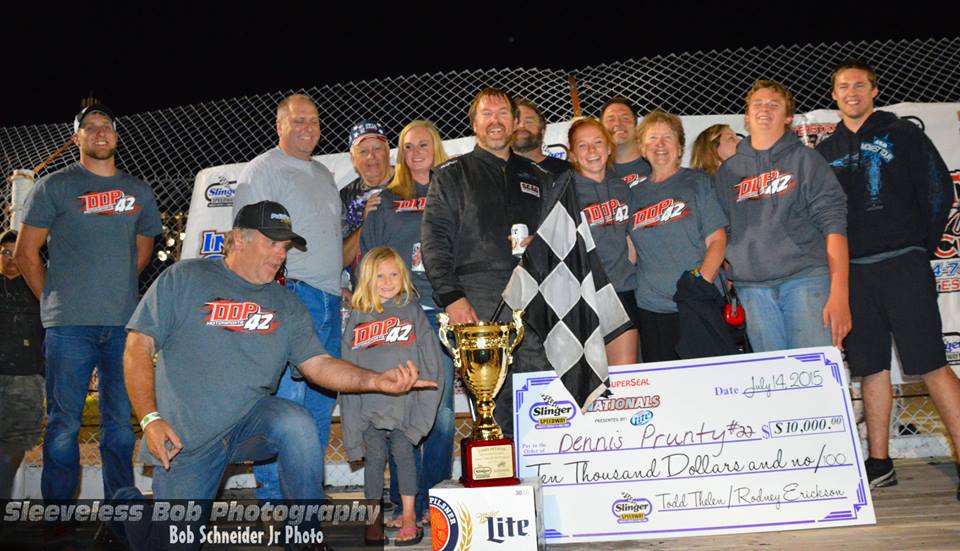