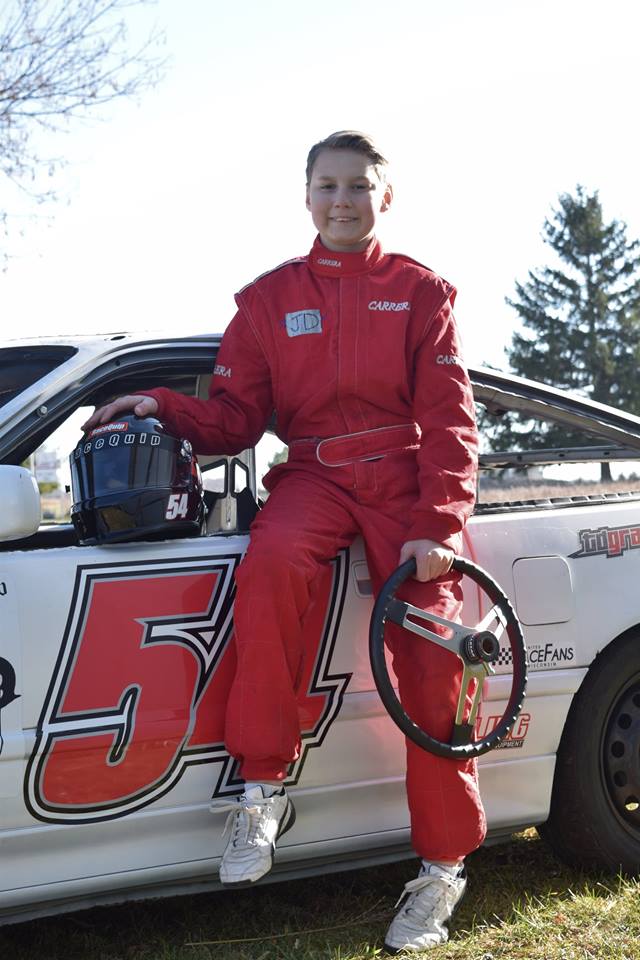 Why did you get into racing?
I like going fast! I also have many friends that race.

Who is your favorite NASCAR (or other) driver?
Kyle Busch I like his style, the way he drives, and I like his sponsor [M&Ms].

What are your future plans?
(Note: JD is 13 years old and just finished 7th grade in Port Washington. He states that school is fun…sometimes, and his favorite subject is math.) I plan to go to college for engineering and hopefully get into NASCAR (in any area/role).

What do you like about Slinger Super Speedway?
I like the high banks and fast speeds! Things happen really fast here; it’s fun!

How did you pick your car number (#54)?
It’s retro-Kyle Busch! When he dropped the number, I picked it up!

Who is on your crew?
My dad-Kevin, sister-Kierra, crew chief-Brandon, and car owner-Braison Bennett [Note: during our interview, JD’s dad was texting with Braison regarding setup. Braison typically is at the track with JD, but was doing his own racing at Seymour tonight.]

Who are your sponsors?
Tomaso’s Pizza in Cedarburg, Sir James Pub in Port Washington, TD Graphics in West Bend, The Shadow Man (window tinting) in Menomonee Falls, United Race Fans of Wisconsin, and Shady Ray Sunglasses out of Louisville, KY.

How did you get hooked on with Shady Ray Sunglasses?
My dad saw an ad, ordered their glasses and really liked them, so we talked to them about Sponsorship. [Check them out at https://shadyrays.com/ – tell them JD sent you!]

Is there anyone else you need to thank?
Zach Green, Zach Braun, Nick Wagner, Brad Mueller, Mike Egan, Travis Dassow, and Jeff Hassler for all of their help!

What is your favorite food?
watermelon

Which Slinger driver do you have the most respect for?
Brad Mueller because he has three championships at Slinger. Plus he races dirt and has multiple championships there. He’s just an all-around good driver! 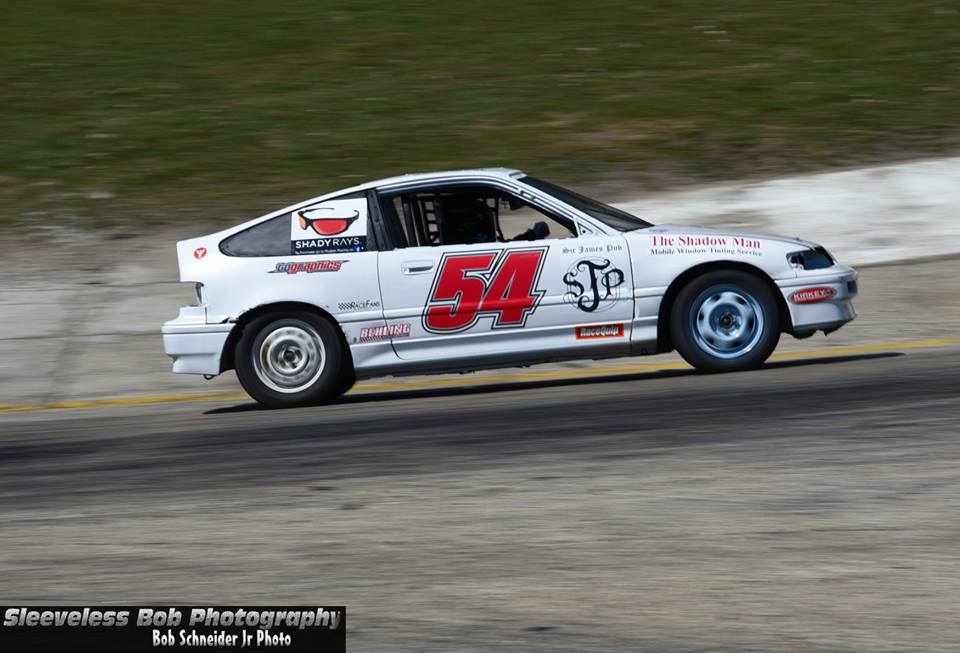