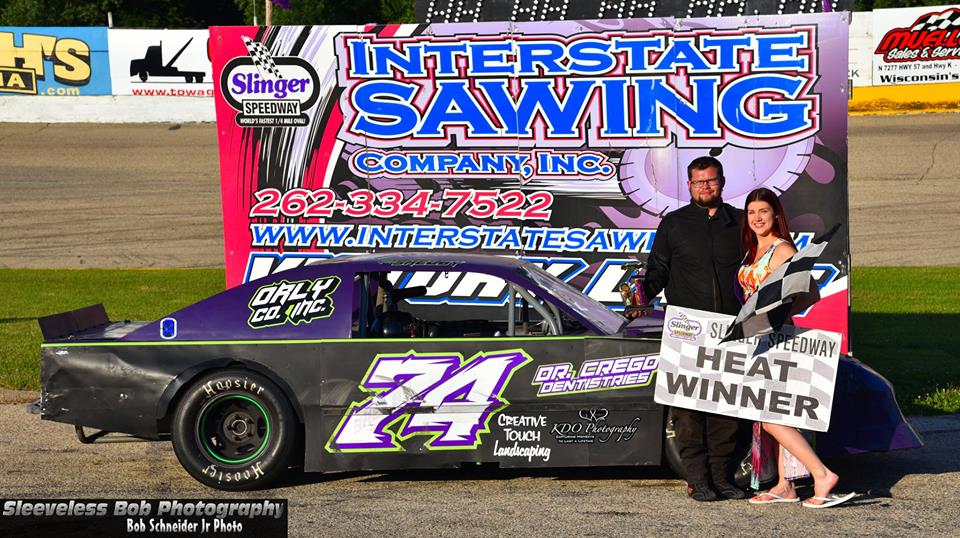 Why did you get into racing?
My dad has been bringing me here since I was four years old; I’ve only missed two races in all the years since. I actually learned to drive stick shift in the parking lot here during the off-season! When I was 14, I started in the Bee’s, then moved to Thunderstock, and now Area Sportsman.

What are your future plans?
[Joe is 22 years old.] I plan to sell the Area Sportsman and drive late model full-time. If I can find a tire sponsor, I’m hoping to run a late model at the Slinger Nationals on Tuesday.

What do you like about Slinger Super Speedway?
The close racing! There is always a show to see on the track. It’s also such a well-known track; you can go to Florida or California, tell them you race at Slinger and they know about the track. It’s like you are a part of racing history.

How did you pick your car number?
Welll….during the off season, my dad and I used to paint the number on the door panels in our living room because we didn’t have a heated garage. We used a fan to vent out the door, but that blew the breaker sometimes and we’d end up painting in the dark! Anyway, we’d paint the door panel the color of the number, then we’d tape off the number, then we’d paint the door the color of the car, and finally take the tape off. I had originally planned to be #84 because of Jake Vanoskey, but when we peeled the tape off, it ended up looking more like a 7, so I became #74!

What is your real job?
I will finish my apprenticeship in August with the Local 18 Sheet Metal Union. My five years as a journeyman will begin then.

Is there anyone else you need to thank?
Brad Keith and Ross Schuppel – they’ve been a BIG help to me!
Kathy and Jerry Eckhardt – they are the owners of the late model that I hope to run at Nationals and have really helped me a lot with that! Jerry owns the chassis, and Kathy owns the motor. The one I need to thank the most is my dad! Without him there wouldn’t be any of this.

What is your favorite food?
Tacos, with everything on them. The ones at Raceway in Slinger are good!

Which Slinger driver do you have the most respect for?
I have two: Jerry Eckhardt and Bill Prietzel
Jerry Eckhardt because he’s been out here for so long. He knows how to keep his cool no matter what happens. He’s also helped me a lot in my racing.
Bill Prietzel because during my first year racing the Area Sportsman I walked up to him and asked him to drive my car and tell me what was wrong with it. He said “No”. He told me that I was more than capable to figure it out, that it was an honor to race against me, and that he was looking forward to doing it again. I thought it was pretty cool that he believed I could do it. 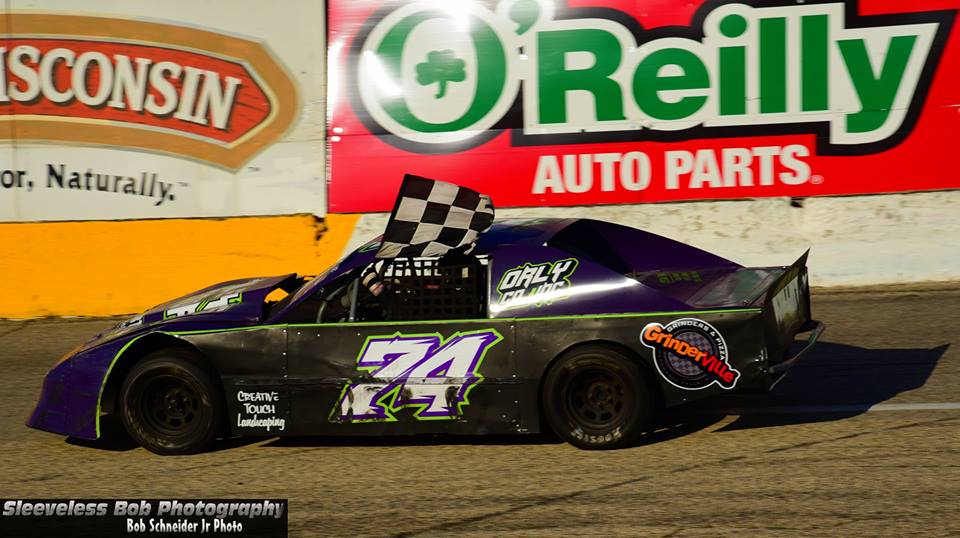