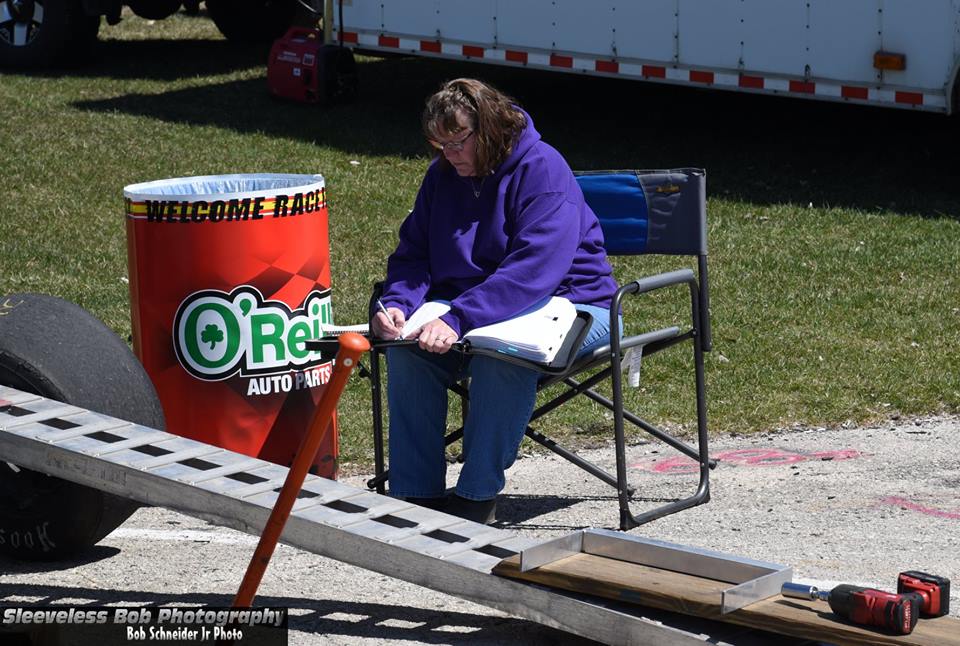 How did you and Jerry meet?
It was 1988 in Nashville, TN. A big group of us, including the Schill’s and Fred Winn, used to go down to the All American 400 [at Fairgrounds Speedway in Nashville] every year. We were going to dinner and we were waiting on someone. Then this guy came walking in…tall…lanky…black hat, and I said to my boyfriend at the time, “Whooo’s thaaat?!?!” With reverence, he said, “That’s Jerry Eckhardt”. It turned out that Jerry was the one we were waiting for, and I’ve learned in the years since that he is never on time!

What’s it like to watch the man you love out on the racetrack?
It’s exciting! I always want him to do well. Jerry told me once that if “the car is working, I can drive it. If it isn’t, there’s nothing I can do”. I had to learn that because otherwise I’m thinking, “C’mon, pass that guy!”.

You are a car owner now, tell us about that.
Jerry started that by saying he doesn’t know how long he’s going to race, but he always wants to be involved in racing. After he put Al Stippich in a car [#66 late model], a very young Joe Shelby (he was so little!) came up to Jerry and said, “I can race, you can put me in a car!”. Jerry told him, “No, no, one’s enough right now.” Well, Jerry bought Al a new car and the old one sat in our yard for three years. He tried to sell it, but nobody was interested. I told Jerry to put Joe in it, but he responded that he’s not going broke putting people in racecars! So, I said I could do it! I talked to Joe and reminded him to keep in mind that we don’t have Jerry Eckhardt level money to put into this, but he could get experience and see if he likes it. It’s important for veteran drivers to bring young ones up and give them opportunities. Jerry’s camaro has been driven at Slinger by Mark “Kurly” Kissinger and Kyle Taylor. Years ago Charlie Yelk and Rodger Meyer drove for Jerry too.

What do you do in your spare time?
Well, that’s winter time. We like to go out to eat, and we like to shoot pool.

What do you like about Slinger Super Speedway?
They treat Jerry very well here. Leonard is exceptionally nice. Todd and Rodney too have been very nice. Plus, our friends are here!

Which Slinger driver (past or present) do you have the most respect for and why? (Sorry, you cannot choose Jerry!)
Lowell Bennett. He’s a smooooooth racecar driver and has awesome talent! His demeanor is just so perfect. He helps out a lot of other people, and he’s just really a nice guy.

Who is your favorite NASCAR (or other pro) driver?
I really liked Dale Earnhardt, Sr. When he died, it became Dale Jr. Now that he is an announcer, I think he is bringing so much to the race. He gets so excited; he’s like a little kid watching the race! He also brings in the driver’s perspective, and is just such a good announcer!

Describe a typical week in your life.
It’s busy and includes lots of work! There’s the usual house stuff plus the dog and lawn. I work, and Jerry is still working at the age of 75 [he owns Jerry’s Auto Repair and 24 Hour Towing in Johnson Creek]. I don’t do a lot on the racecar; Jerry is very much a one-man show. When I do help, I catch him going back to check my work! But I get it, he is the one who is behind the wheel.

What do you love about Jerry?
First of all, he makes me laugh. I can be in the worst mood and he will find a way to make me laugh. He has taught me to slow down. Life gets hectic, but Jerry is…I don’t want to say slow…he’s evenly-paced. He can be walking outside and then stops because he notices a cardinal! He loves animals, especially his cats. He has a very soft heart.

Is there anyone you want to thank?
Jerry and I want to thank George and Cheri Forge for all their help over the years. Jerry used to build all his own engines, then he said, “Maybe I need to go with someone who knows how to get more horsepower”. I had known the Forge’s for a long time, and as soon as Jerry met them he knew they were the engine builder he could trust to get the job done. We’d also like to thank Charlie Weber for all of his help over the years. He’s been with Jerry for a long time. 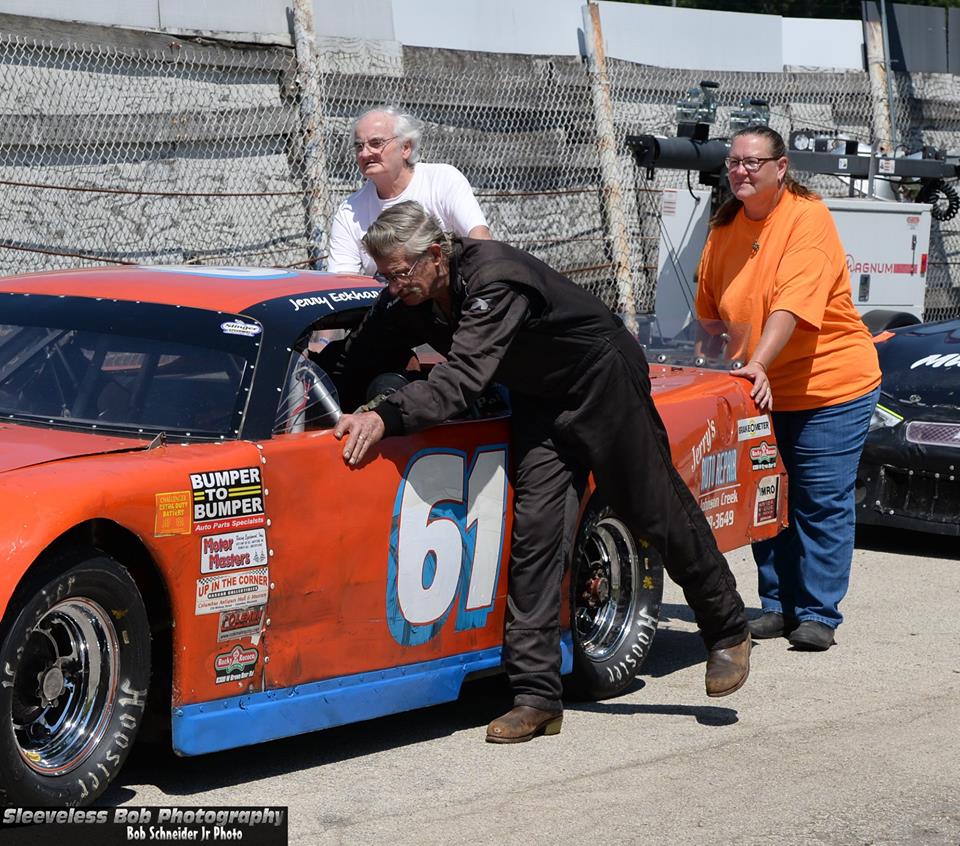