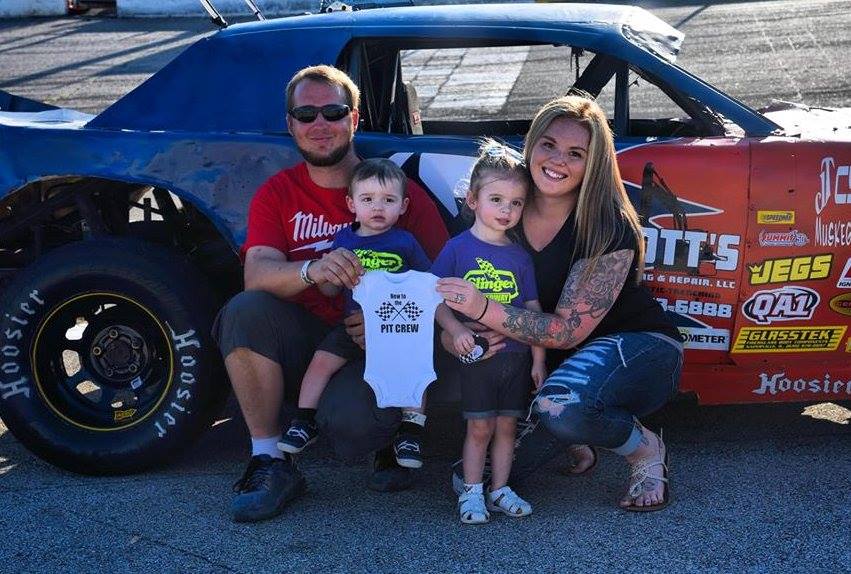 Why did you get into racing?
I started coming to Slinger Super Speedway as a kid with a friend and his family, and always thought it would be cool to race. By the time I turned 16 and got my license, I already had a car built and headed to Slinger to start off in the Bee division. I needed a license due to my parents not being very excited about the idea (so they weren’t going to drive me there). I was pretty much all on my own when it came to racing.

What do you like about Slinger Super Speedway?
It’s my home track. It’s like having another family, especially the Figure 8 division. We are all friends who just wanna have fun racing! Plus, I’ve been working there for years now and Todd and Rodney have always treated me well. My duties at the track include driving the two-seater late model giving fans rides around the track, working the tire shack from time to time, and helping in the pits when needed.

Your car has a shark fin on the roof, what’s the story on that?
Well, Shane the Shark Becker [former #20 Figure 8] always had one. I bought a few of his cars over the years and always left the fin on. Since he retired, I have kind of taken over his reputation as the fearless guy. The fin is also is in memory of Shane and Jamie’s son, Jordan, who passed away in 2016. He raced in the Bees at Slinger and also had a shark fin on his car, but they called him “Minnow”. Shane has had a big impact on my racing and has always helped me, whether it was giving me a car to drive or parts to fix mine. He has pretty much taught me everything I know, so I look up to him not only as a friend but a mentor/idol too.

What is your favorite food?
Boneless chicken wings from Sheryl’s Club 175 in Slinger or Applebee’s Mac and cheese with hot dogs

How did you pick your car number?
Before my first race at Slinger, I went to Jefferson for the Tournament of Destruction. I was the 67th car through the tech line, so that was the number I used that night and it just stuck.

Who is on your crew?
I get help from a lot of people, but the main ones are Chris Neumann (also known as “Monkey”) and Nick Ostberg. But the main supporter is my wife, Courtney. She’s the one who allows me to have all the time in the garage/at the track and is always pushing me to do better.

Is there anyone else you need to thank?
Shane the Shark Becker and Russ Lorbiecki for all the help over the years!
Todd Thelen and Rodney Erickson for giving us a place to race.
My parents – they have grown to support my racing over the years.

Tell us about your personal life.
It’s pretty much work, family, and racing. I am a dump truck driver/excavator operator for Scott’s Excavating and just got married last year. Courtney and I currently have two kids, a boy and a girl, plus a third on the way.

Which Slinger driver do you have the most respect for?
It’s hard to choose one, but I have to pick Ryan Gutknecht. Last year when I had the late model, he tried to help a lot and gave me tips. He has a lot of patience and common sense when it comes to driving. 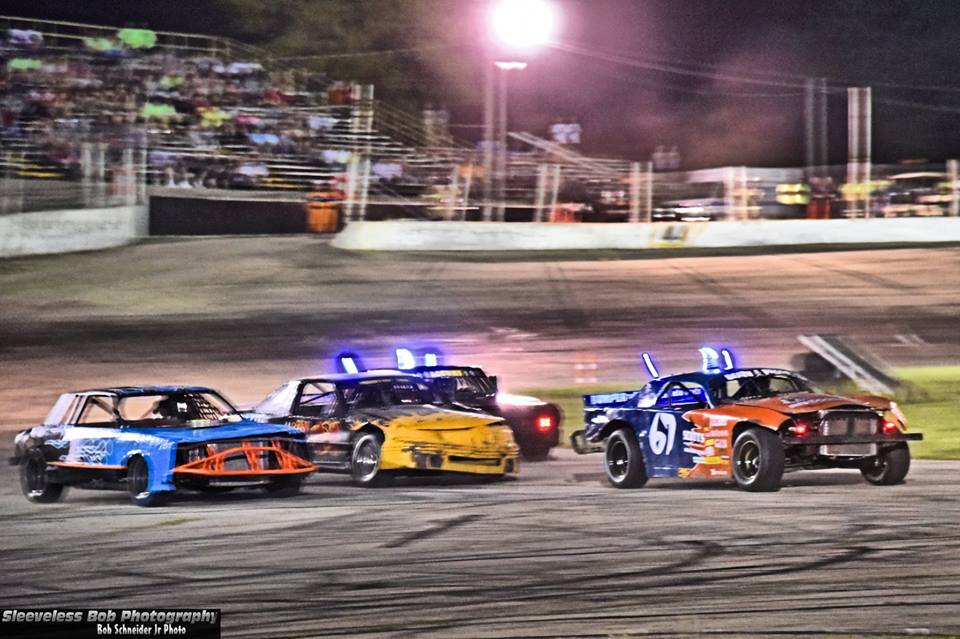