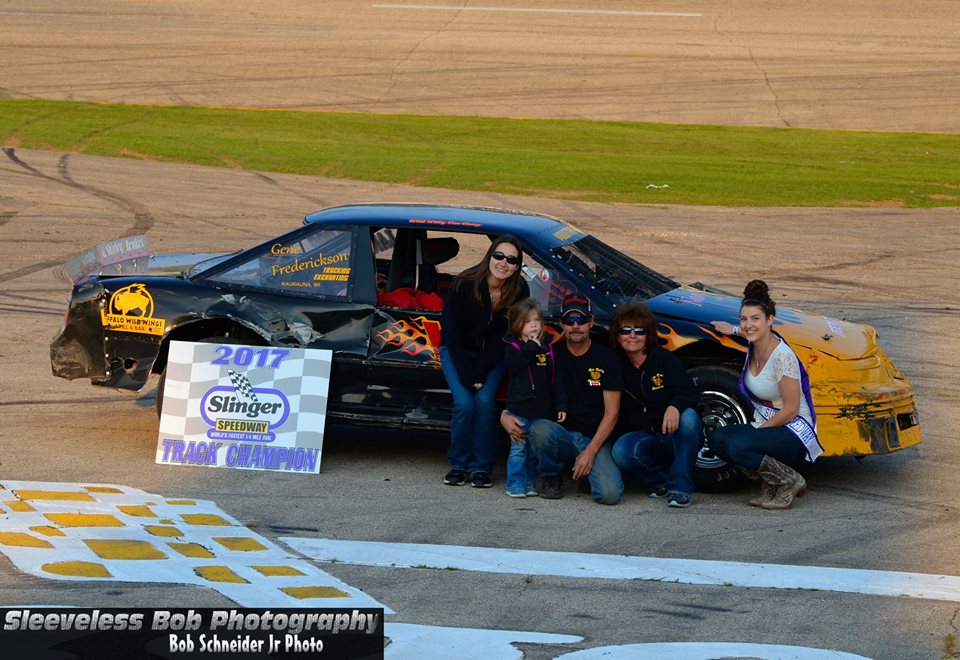 Why did you get into racing?
I got too many tickets on the street! I’ve been racing for 32 years, starting out at Luxemburg and then Chilton. Kevin Schuh was my crew chief and he raced Figure 8’s. One week he [upset] a lot of people, so he had me get into his car the next week, and that was it – I took over his Figure 8 from there.

What do you like about Slinger Super Speedway?
This is my “home track”! The fans here are fantastic! The on-track racing is awesome! Wayne Erickson was nothing but good to me, and now Todd Thelen and Rodney Erickson are too. I’ve been coming here since 1991, and raced both Figure 8’s and Late Models during the 1992-1993 seasons. The reason I came here the first time (in 1991) was because my car was actually still in one piece on a Sunday and Mark Ritger invited me to come down. The Figure 8’s entered the track from turn two at that time, and as I went down the banking I thought, ‘What the [heck] did I get myself into?!?”. Once we started racing, though, I was hooked!

How did you pick your car number?
My birthday is 1/11, so I wanted number one. But, if someone asks you what your car number is and you say “I’m number one!” it sounds arrogant. So, I wanted number 11, but Chris Grimes had that number. To be a smart-[aleck], I put a “v” in front of it my first time out, and it stuck. The car I race now is named “Candy”. I bought it from Mark Ritger, and won 9 of 13 races my first season with her. It was like “taking candy from a baby”. My other car was named Christine, and my street car is named Carrie – both after the movies.

Who is on your crew?
Angie (my girlfriend), Stephanie, Natalie, Dylan, and Curtis

What is your “real job”?
I’m a truck driver for Gene Frederickson Trucking in Kaukauna. I own two trucks and used to be over-the-road, but got tired of being gone so much. Right now we are working on the Fox River clean-up, hauling PCBs out. It’s a huge project!

What is your favorite food?
Steak! Medium-rare tenderloin. The best is from the Black Otter in Hortonville

Which Slinger driver do you have the most respect for?
Brad “JJ” Mueller because he has helped me out a lot of times. When I ran the late model here, he helped with things like what gear to use. He’s been nothing but good to me. Like Alex and Dennis Prunty (who have helped me too), he believes that it is better to help someone figure out their car rather than have that person wreck you because they don’t know what they are doing!

Who is your favorite NASCAR (or other) driver?
Joe Shear is my idol in short-track racing. He would have been in NASCAR if the cancer hadn’t taken him. For NASCAR, Dale Earnhardt was my favorite. Who can’t love the Intimidator? Then it was Dale, Jr. Carl Edwards too, he seemed to be a clean-hearted guy like me.

What are your future plans?
Retirement!! This year is my retirement tour. I actually had planned to retire after last year, but then my good friend Jeff Wohlrabe was killed (at Eve of Destruction on September 8, 2017). If I didn’t come back this year, people might think it was because I was afraid. I fear nothing. I will race periodically after this year, but not a full schedule. 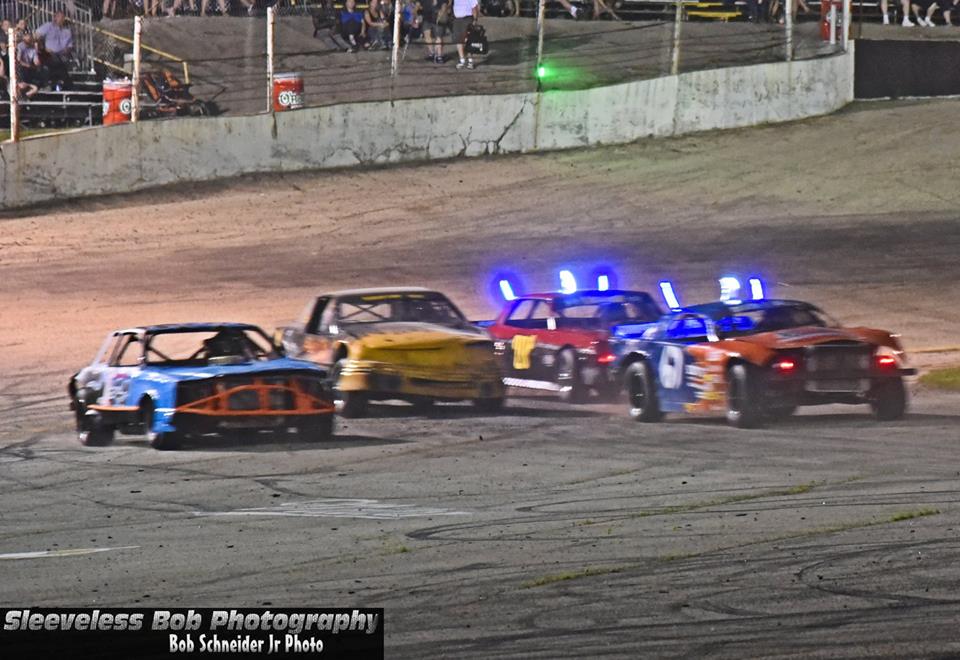