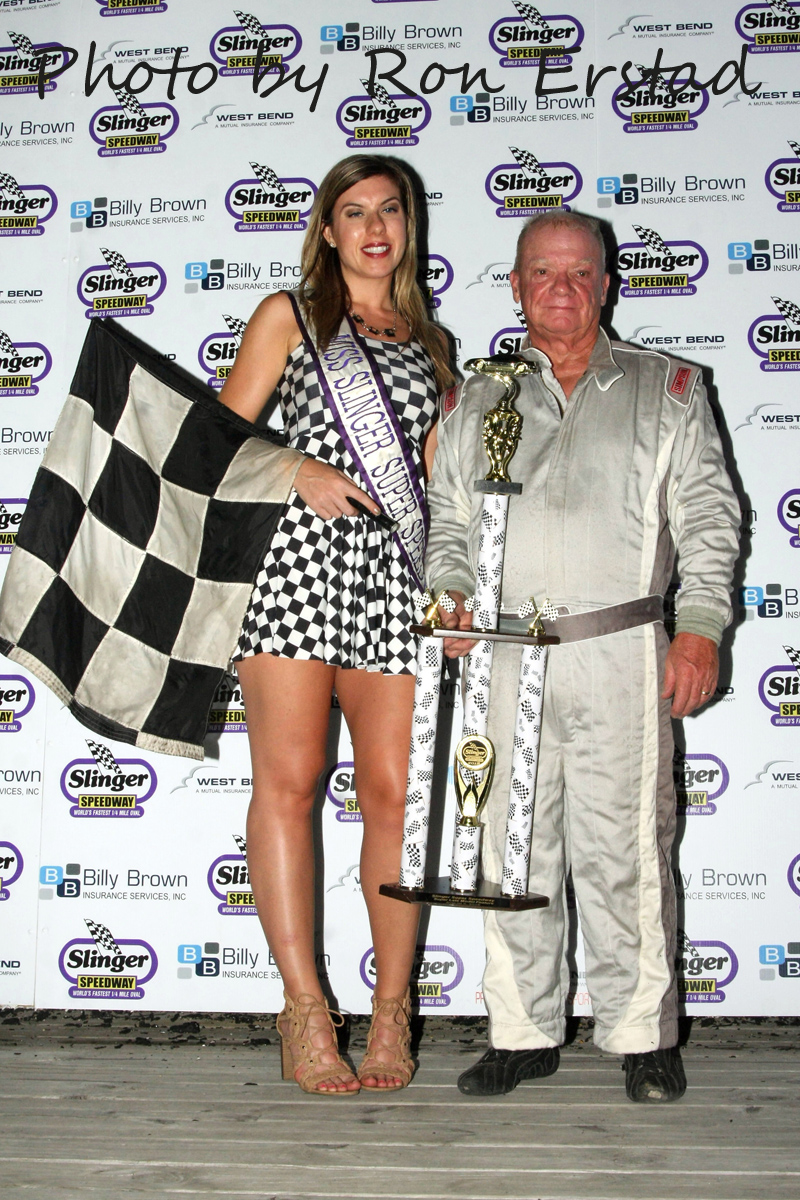 Slinger, Wis., Aug 5— “This afternoon I said there are only five races to go and if I don’t win…I’m done,” Hall of Fame driver Conrad Morgan reflected Sunday night at the Slinger Super Speedway. Then after a long dramatic pause, the 70 year old boldly stated, “Well…I’m not done, “as he addressed a highly partisan crowd from victory lane, following his win in the 60-lap super late model feature.

“I’m a little tired but not too bad though,” Morgan continued after leading 49 of the 60 laps in the race as he used the inside lane to capture the win over Brad Keith and Alex Prunty, “We talked about it on the radio and I said the car was so good on the bottom of the race track, I’d be a fool to go to the outside.”

“I also need to thank (fellow competitor) Dennis Prunty and I’ve waited for the opportunity to get up here, “Morgan continue, “Dennis worked with us on the car at the chassis dyno about three weeks ago for four hours and believe me it made a world of difference and I really want to thank him and his crew.”

“It’s funny because I was chasing Conrad and we were better in the middle part of the race, “Brad Keith stated after his runner-up finish, “And I was thinking to myself, ‘how is that old guy doing this at 70 years old and he’s whipping my butt?”

“But it’s cool and I give him a lot of credit for doing what he’s doing, “Keith continued.

“We screwed up and made an adjustment and the car was way too loose in, “Alex Prunty said describing his third place finish, “And I just couldn’t drive it.”

“But how cool is that to see Conrad keep winning, “Prunty stated, “It sucks to get beat by him but it was a good solid point night for us and we will be back next week and get that adjustment undone and hopefully get us another one.”

Dennis Prunty rebounded from a lap three incident with Brad Keith that placed him at the rear of the field to finish a strong fourth and Nick Wagner wrapped up a solid run with a fifth place result after pacing the field for ten laps earlier in the race. Grant Griesbach finished sixth and Rich Loch was seventh while Tim Lampman, Rob Braun, and Jerry Eckhardt completed the top ten finishers.

Jake Vanoskey and Brad Mueller were the winners of the super late model heat races and Brad Keith was the fastest qualifier after touring the speedway in 11.350 seconds.

Ryan Gutknecht won the 40-lap late model feature, leading every lap of the event that was briefly by a rain shower near the halfway mark. Gutknecht was up to the task when the weather cleared and he maintained the lead and then held off Brian Holtz for the victory. E.J. Waldron ran near the front the entire race and finished a strong third while Jack Stern and R.J. Braun were fourth and fifth respectively. Gutknecht also won a late model heat race along with Steven Schulz who won the other late model heat while Shaun Scheel was the fastest qualifier with a lap at 12.287 seconds.

Jacob Schraufnagel passed Paul Wagner for the lead with three laps to go in the Area Sportsmen 30-lap feature and then held off Wagner for the victory. Wagner had to settle for a close second place finish while Scott Ascher took the checkered flag in third. Jay Kalbus and Joe Shelby rounded out the top five. Paul Wagner won the Area Sportsman heat race and Jay Kalbus set fast time at 12.946 seconds.

Garrett Konrath won the 25-lap Slinger Bees feature as he turned back the challenges of Brady Held and Tom Elsinger Jr. who finished second and third respectively. Brandon Berens crossed the finish line in fourth and Zach Greer finished fifth. Mitch Strobel and Zach Greer each won a Slinger Bee heat race and Brandon Mennicke set a new track record in qualifying at 15.200 seconds which is the exact breakout time for the division, meaning the best anyone can do is to tie it.

Ryan Lovald was the winner of an entertaining Figure 8 race to close out the evening. 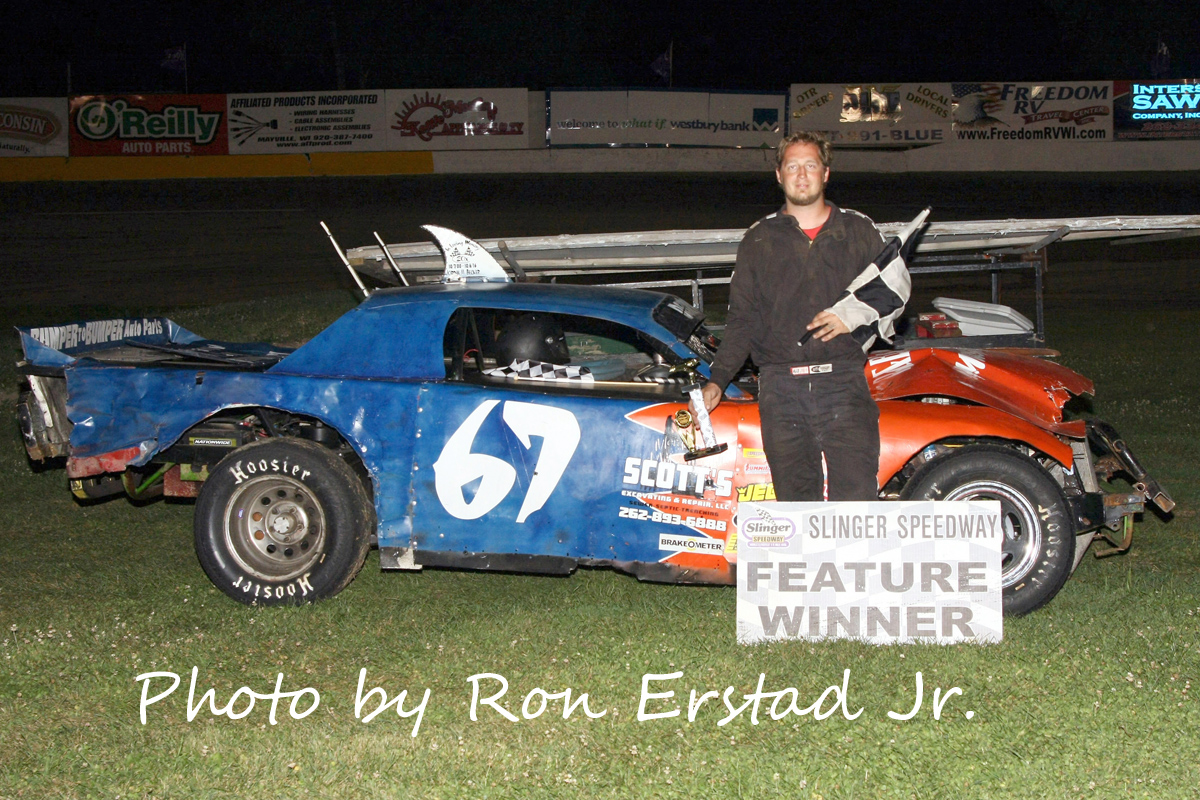 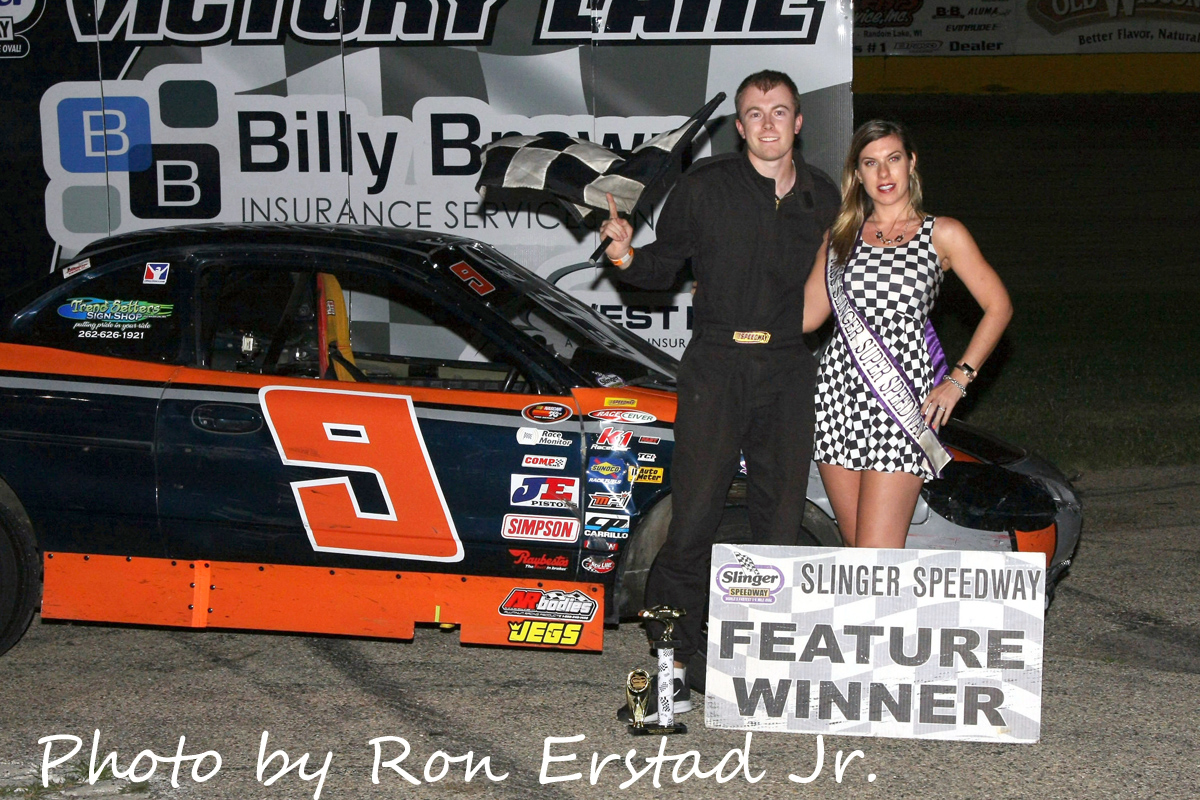 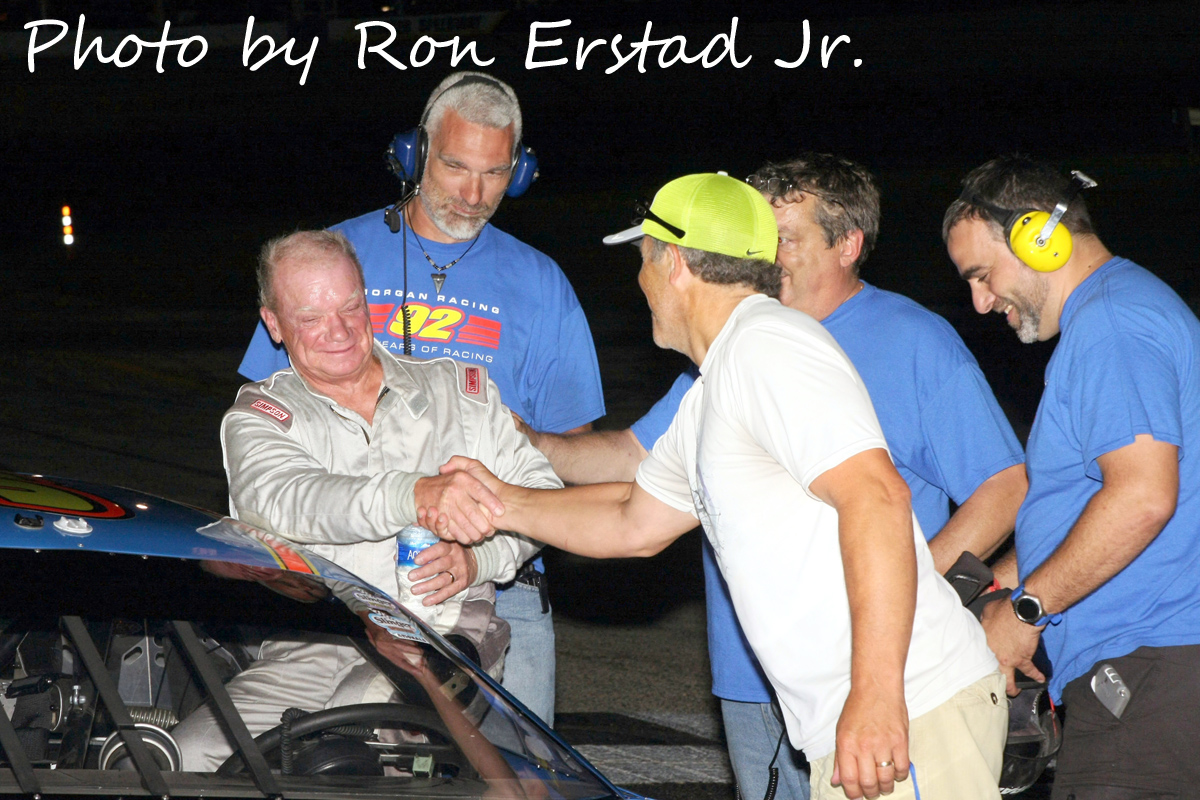 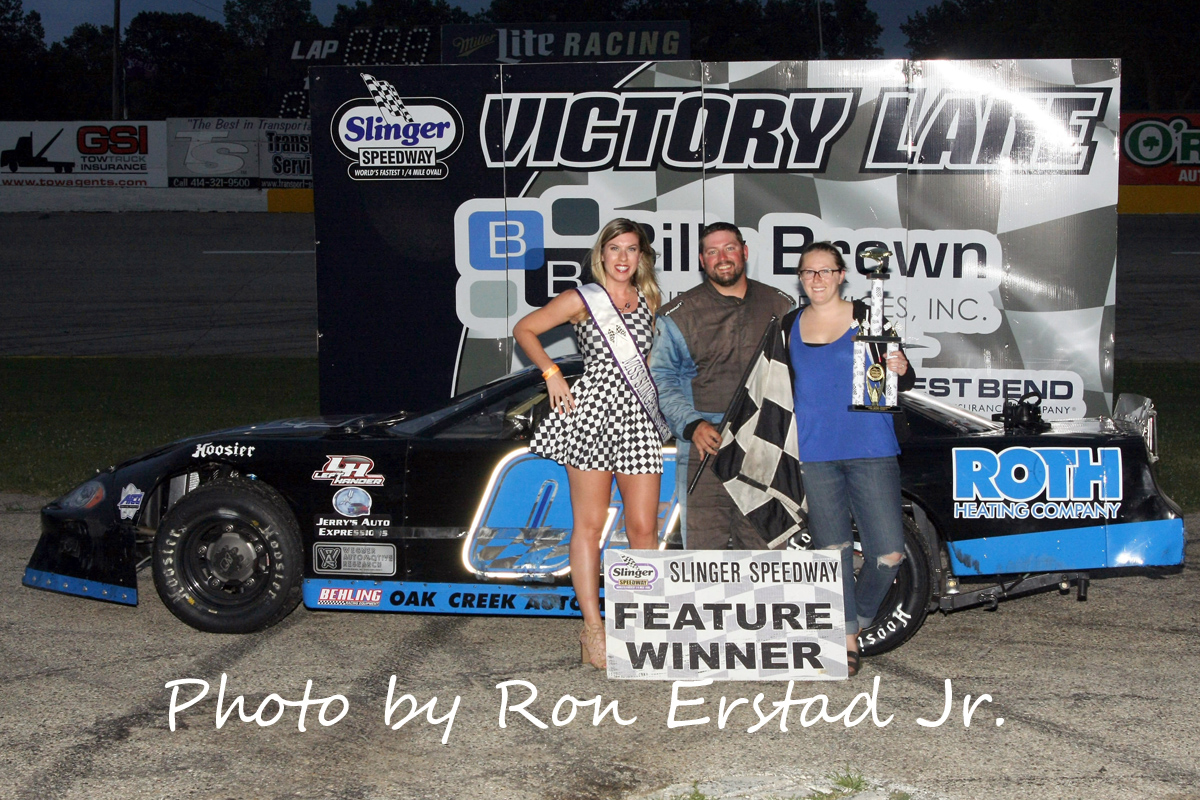 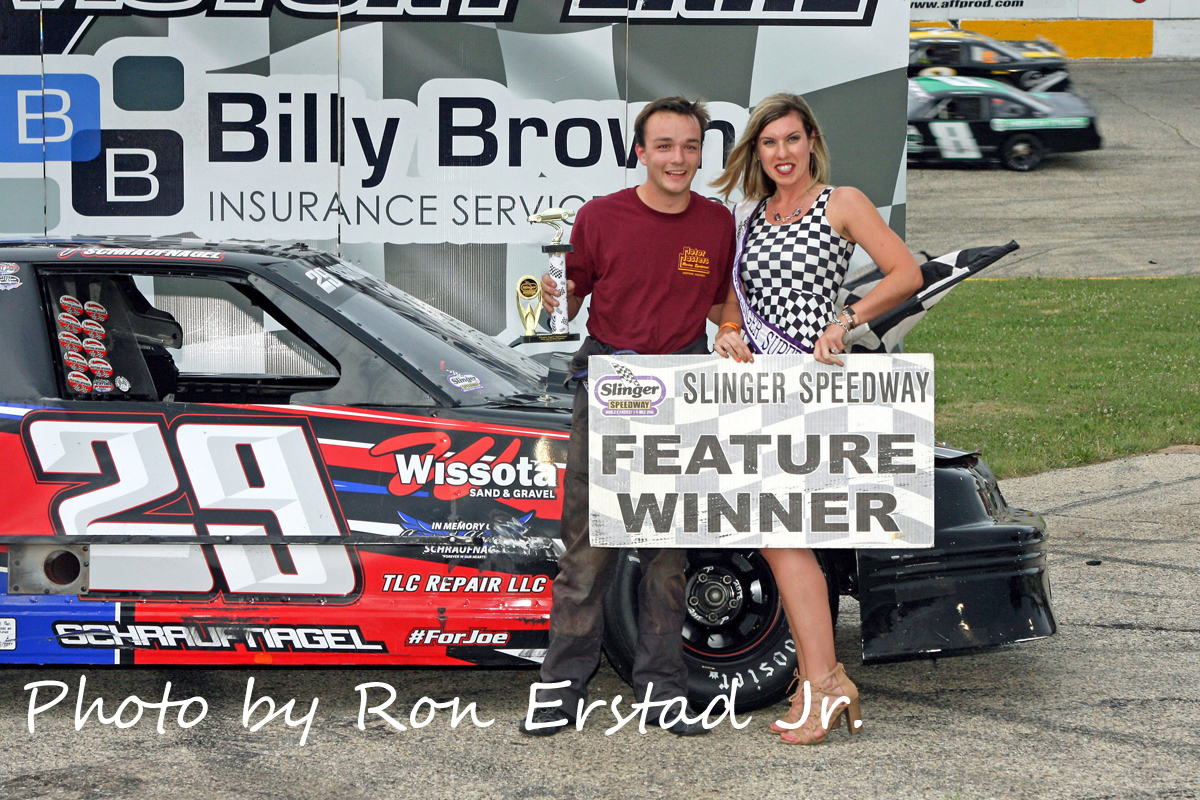 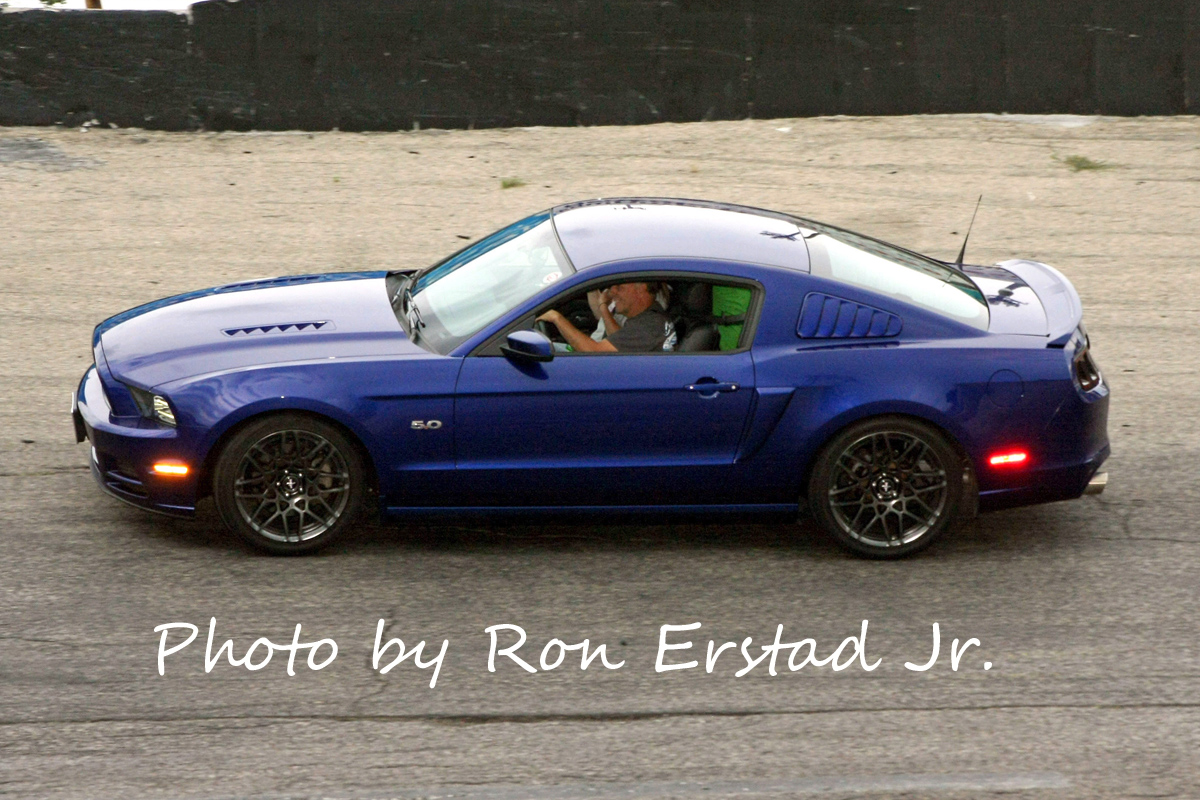 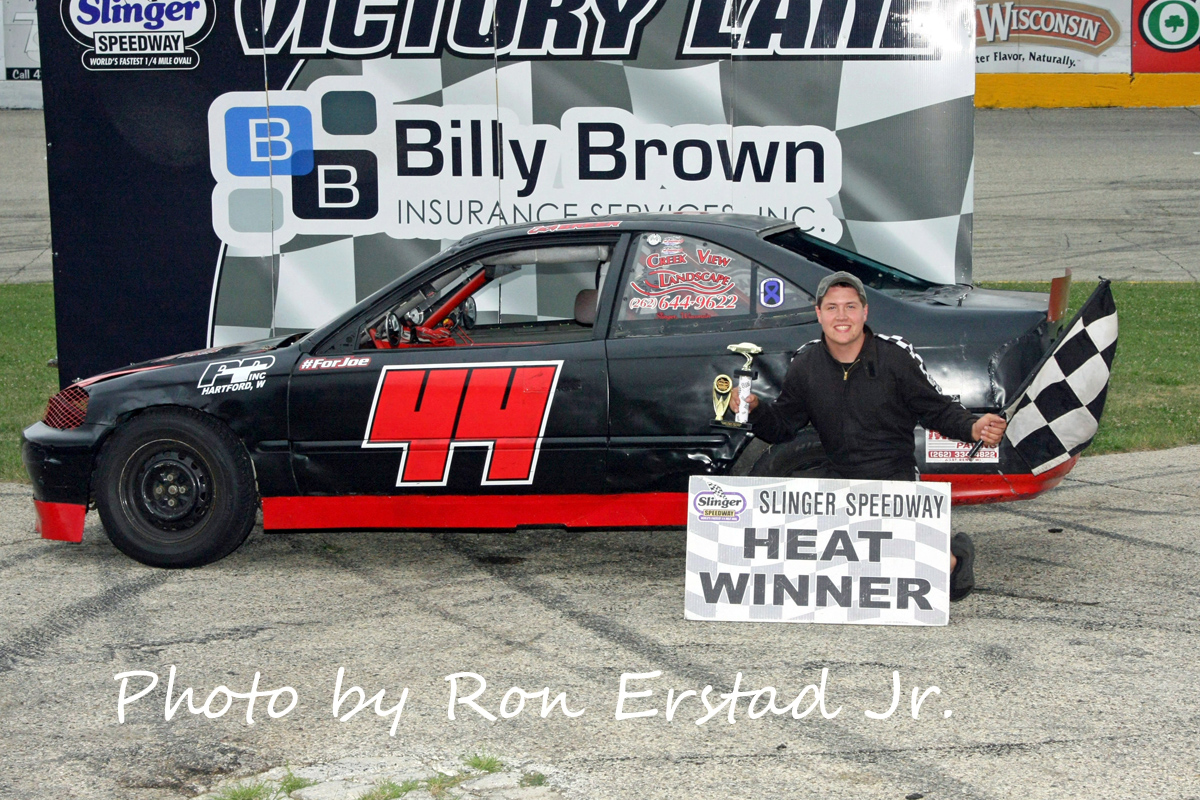 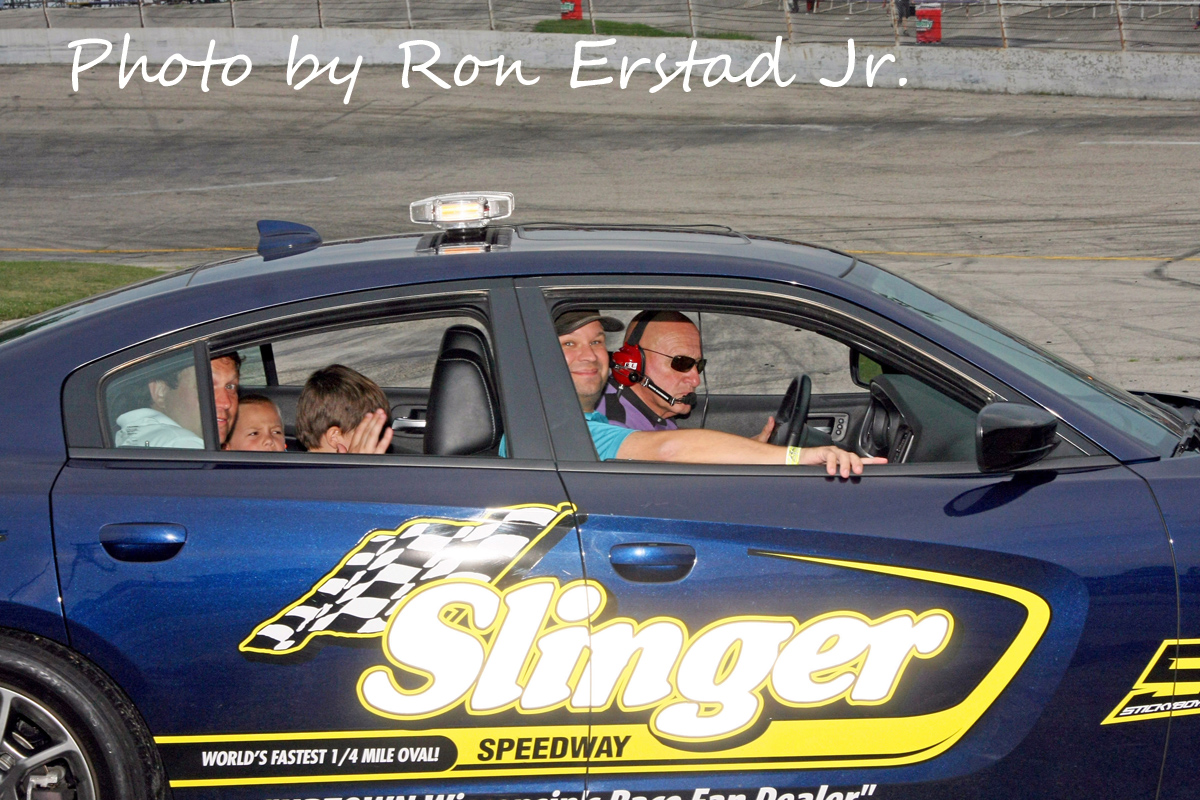 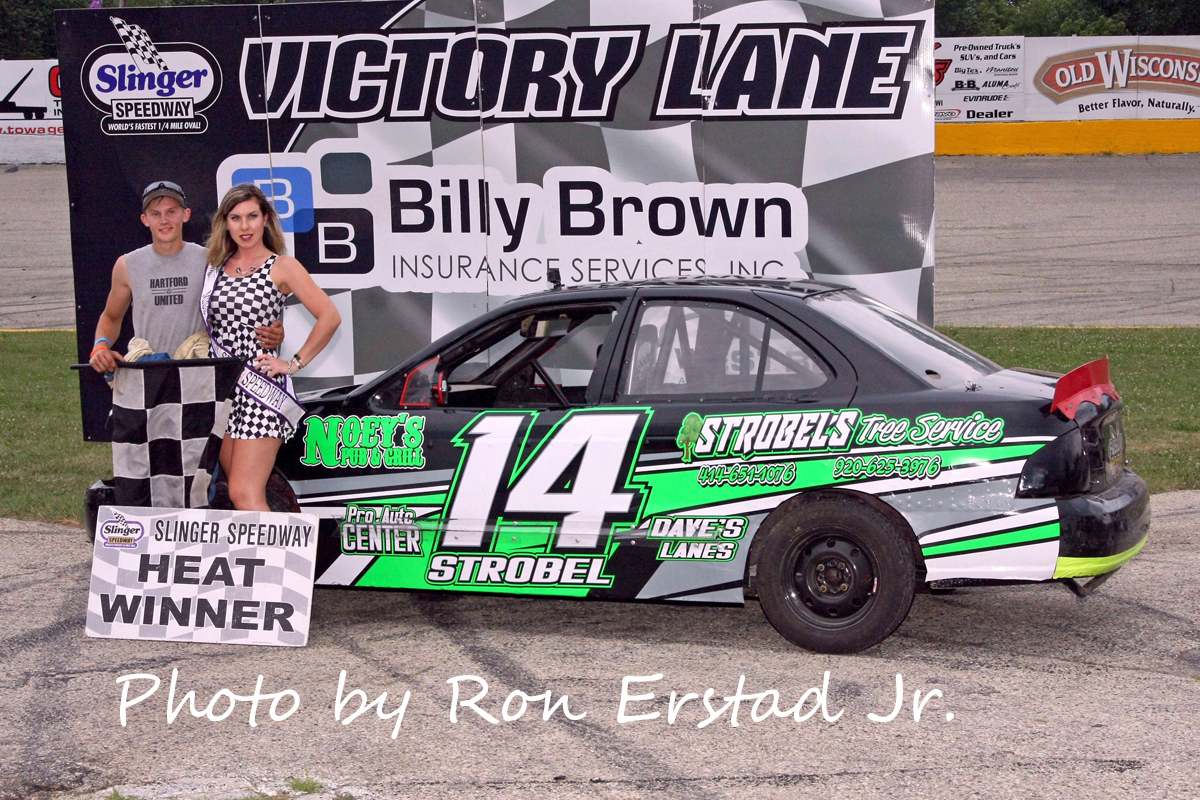 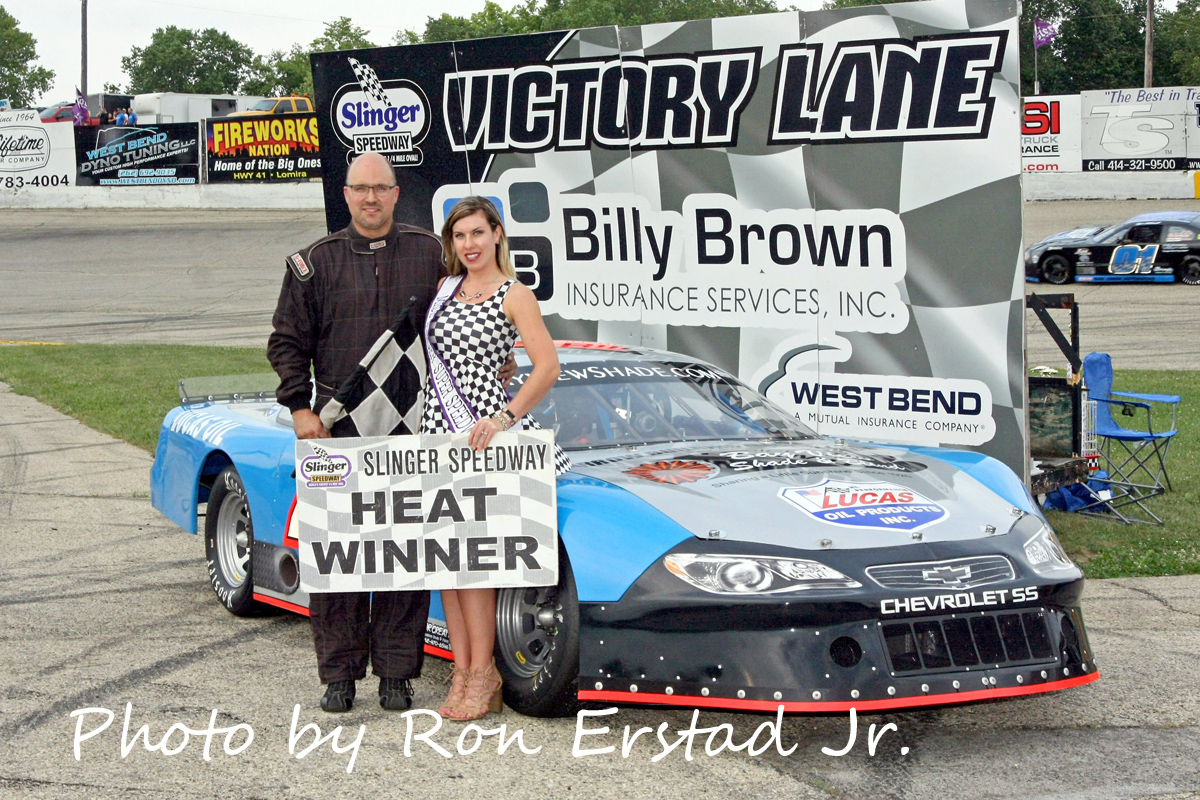 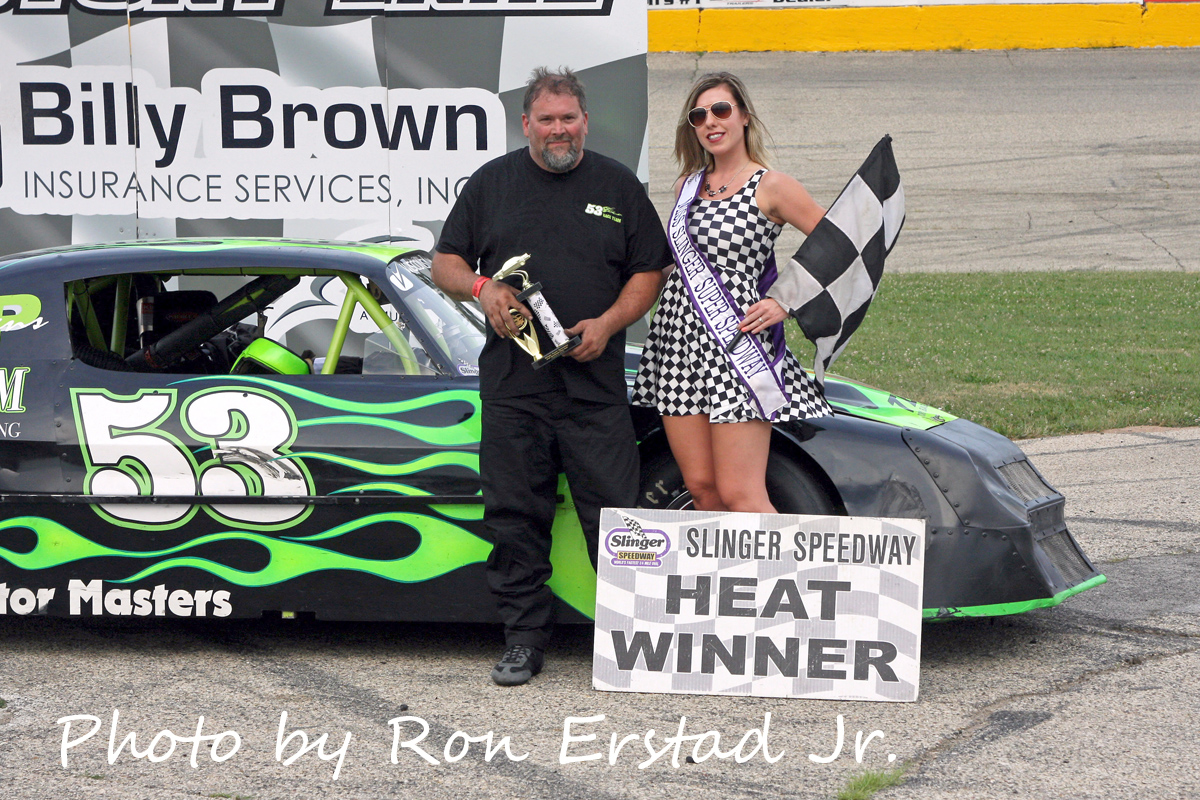 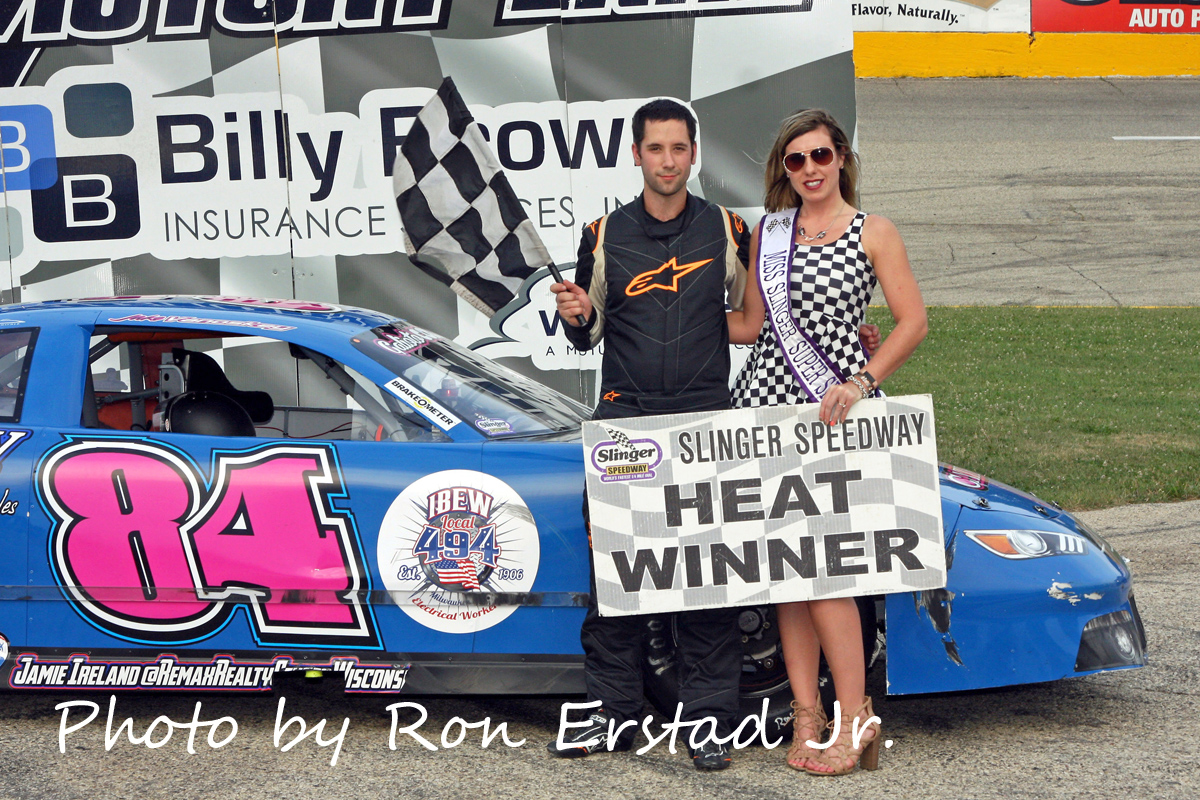 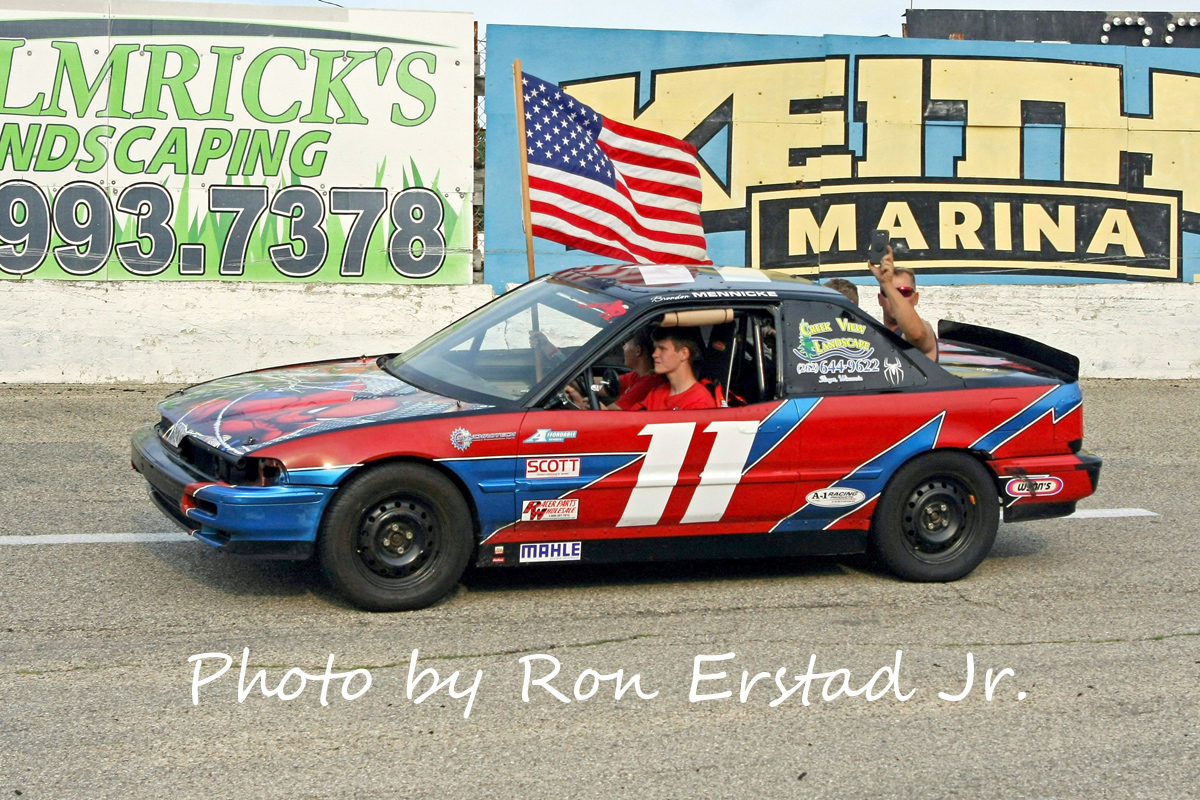 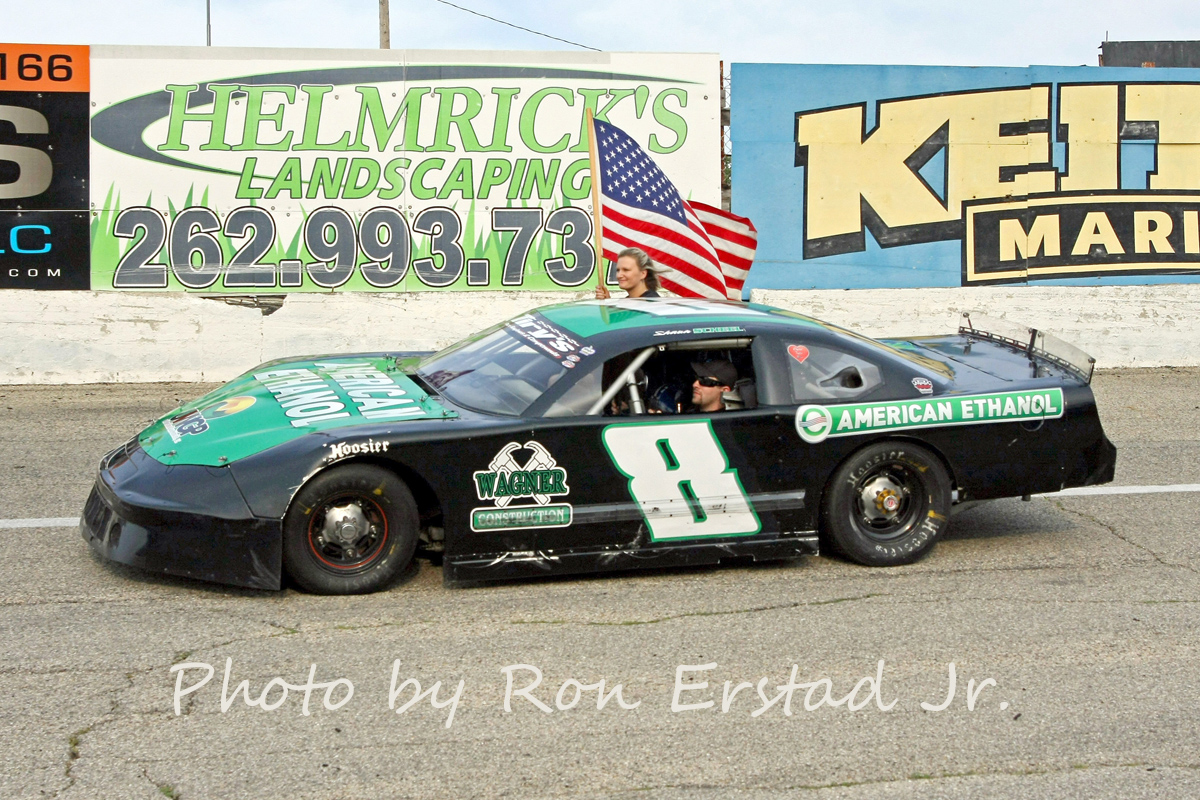 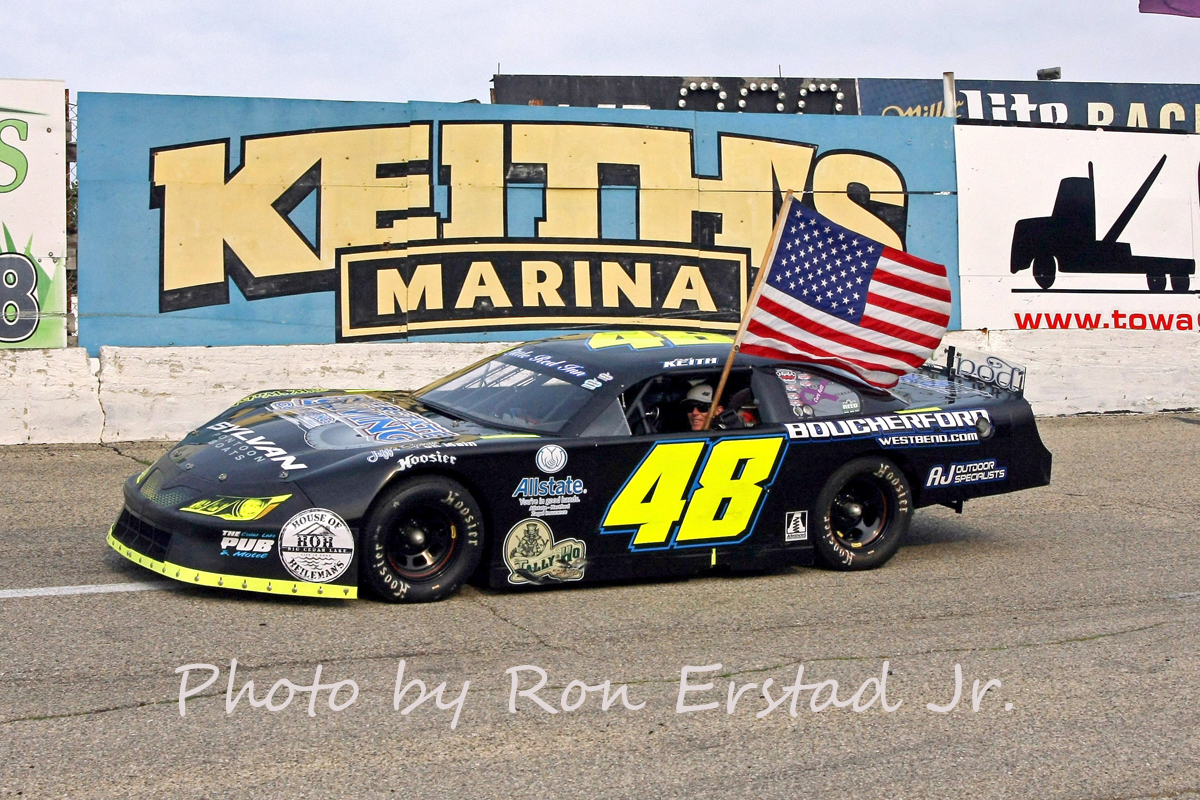