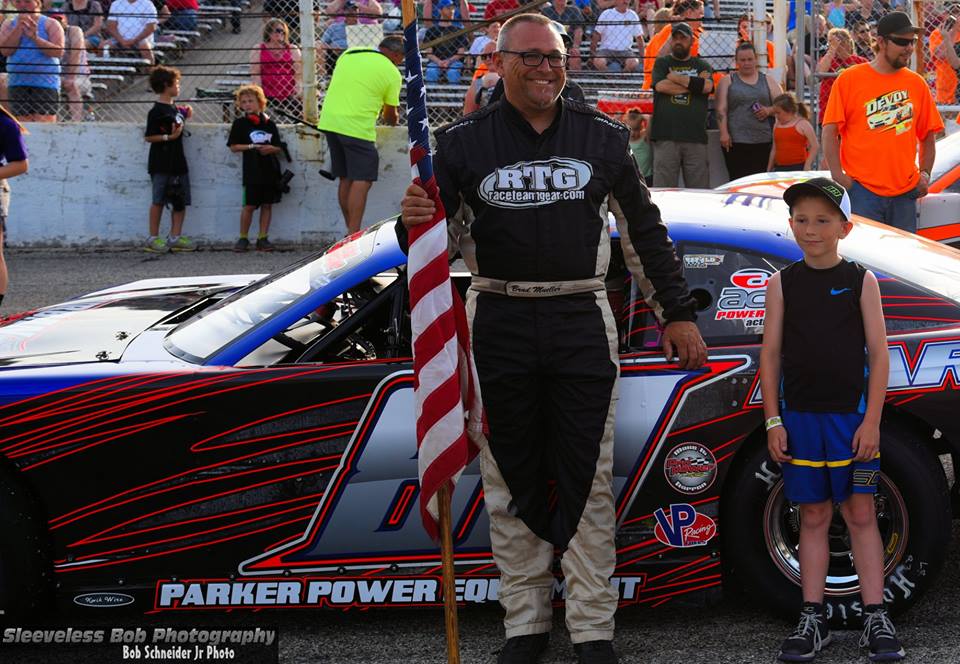 Every week we’ve asked the featured person which Slinger Super Speedway driver they respect the most. Tallying up the answers, there was a tie between Brad Mueller and Dennis Prunty, so they are the subjects for the final two “10 Questions” of the season (watch for special editions during the off-season). Dennis Prunty’s answers will be posted tomorrow.

Who is your favorite NASCAR (or other pro) driver?
Dale Earnhardt, Sr. because he set the precedent for how racing should be done.

What do you like about Slinger Super Speedway?
The G-Force, the camaraderie, the workout, and drinking beers with Dusty Prunty [see Dusty’s “10 Questions” from August 25].

What is your “real job”?
I am a transportation counselor at Mueller’s Sales and Service in Random Lake.

What is your favorite racing memory at Slinger?
Winning our first [super late model] championship in 2003! Nobody worked harder than we did that year.

Is there anyone else you want to thank?
My family for being behind me the last 31 years that I have been racing.
My crew that never gives up during the good times or the bad.

Which Slinger driver do you have the most respect for?
Conrad Morgan – he drives every lap like he is in a karate match. To be able to race at his age… I wouldn’t even think of it! The Sundays when it’s in the 90’s and humid, and I’d rather be on a boat, Conrad’s out there getting it done.

Lowell Bennett – Lowell and I have raced each other for 20+ years and have never exchanged paint. I even let him win the Nationals twice!

Jerry Eckhardt – He’s 75 years old and still does it! 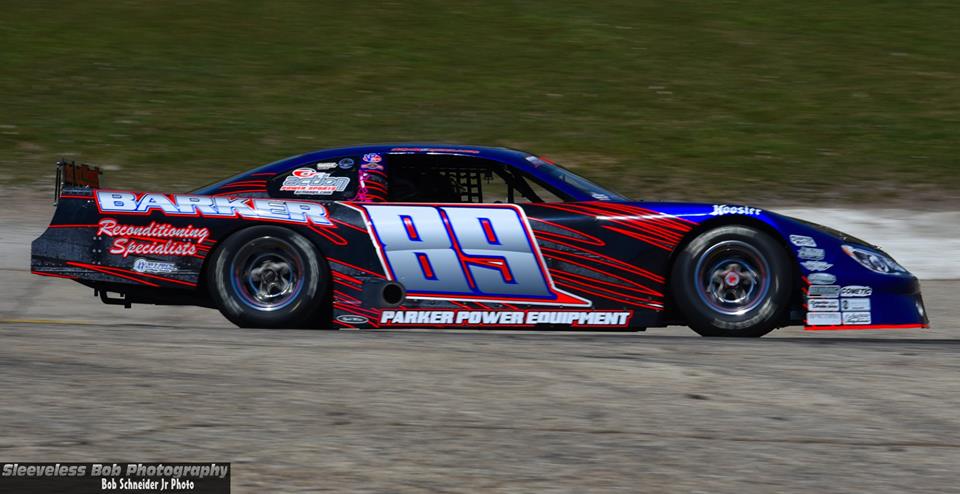