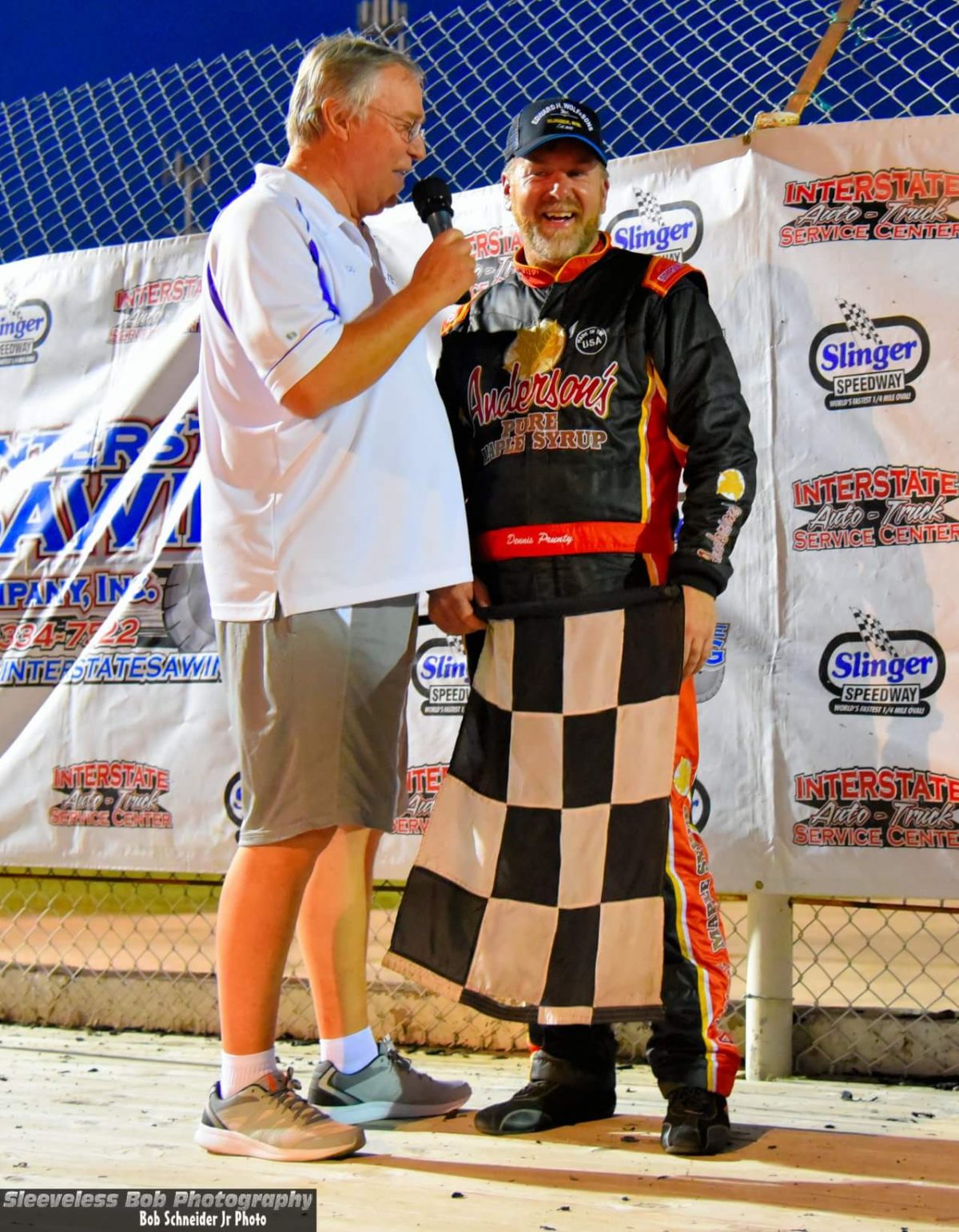 Every week we’ve asked the featured person which Slinger Super Speedway driver they respect the most. Tallying up the answers, there was a tie between Brad Mueller and Dennis Prunty, so they are the subjects for the final two “10 Questions” of the season (watch for special editions during the off-season). Brad Mueller’s answers were posted yesterday.

Why did you get into racing?
My family has been going to the races since I was little enough to fall asleep in the stands – around 4 years old. We used to have a Slinger Super Speedway billboard by our house and we’d change the signs, so Wayne Erickson gave us free passes to get in. That’s how my family started going to the races. Then Dan started racing Enduros and it went from there. In 1990 I built my first Enduro car with Dan’s help, but my dad said I couldn’t drive it because I wasn’t 18, so David drove it. In 1991 I was 18 and a senior and raced a Slinger Stinger car we built. Then in 1998 I bought a mod from Dale Weyer. After that I would build/buy old cars, rebuild them, race them, sell them, and build another one. That’s how I was able to make money to race, and move up divisions. I won mod championships in 1999 and 2000 and then moved to a super late model that I bought from Austin Konetski (paid less than $5,000 for it). Where is that car now? Alex won the late model championship in it, and now it is the #6 [Jakob Hassler] late model.

Who is your favorite NASCAR (or other pro) driver?
I like Kyle Busch’s driving style. He’s a piss baby when he loses though. Then again, I’m not happy when I lose either.

What do you like about Slinger Super Speedway?
You can pass on the top and the bottom…most of the time. Plus it’s close to home, and I do well there.

How did you get your car number (#42)?
I graduated in 1992 so I really wanted that number, but Conrad Morgan already had it. I always liked the way the 2’s looked, so wanted a number with that. Lowell Bennett already had #2, and Tony Strupp already had #12. I really didn’t know anything about Kyle Petty but liked how his car looked and liked his dad, so I took his number. My first car looked just like his, and Dan’s car looked like Richard Petty’s.

Who is on your crew?
My brothers Dusty and Dale, my nephew Zach, Greg Holmes, Brad Hetzel. Greg Emmer sometimes too. My brother Dan helps at the shop.

Is there anyone else you want to thank?
My parents [Doug and Dorothy], my beautiful wife [Gina], and my kids. My whole family has helped throughout the years. My sister, Diann, sponsored me and my sister, Debbie, gives us a place to stay when we are going through Indiana. I can’t thank them all enough! I’m not around a lot because I’m always racing/working on racecars, but they put up with all that and I appreciate it.

Which Slinger driver do you have the most respect for?
I’d have to say Lowell Bennett; he’s always been a clean driver.

You were interviewed for this because the majority of the subjects for “10 Questions” this season listed you (and Brad Mueller) as “most respected”. Any comment you want to make about that?

What people don’t know, if they don’t know me, is how many people I have helped. People are afraid to talk to me (but then when they do, I can’t get rid of them ; – )). I don’t know why I help them…I have a hard time lying. Conrad Morgan just asked me how I did some stuff, and I told him exactly how I did it. I should have probably made something up. I guess I’d rather pass someone when they are running well, than when they are sideways. 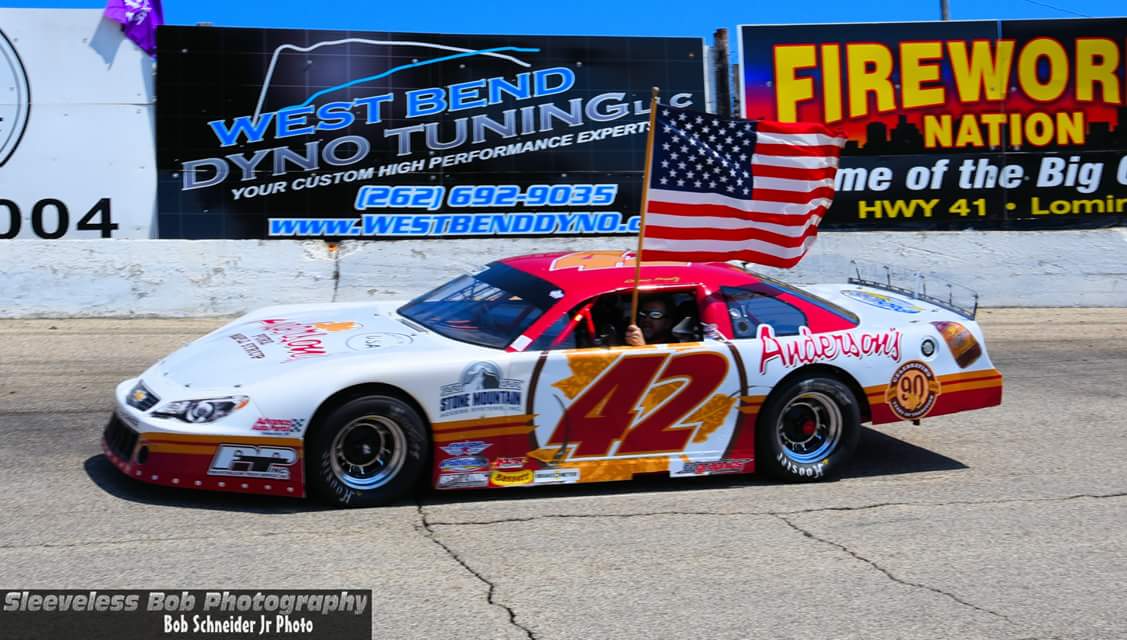