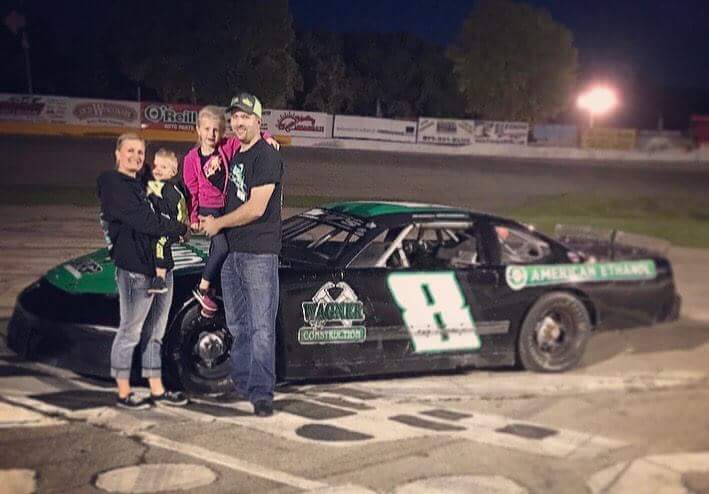 How did you get into racing?
When I was growing up, around 8-10 years old, I watched my uncle, Dale Smith, race at Madison in the Late Model division. I just always followed him, and when I was 13, it was brought to my attention that I could start stock car racing too. That’s how it all began. My dad also helped out a driver, Bob Werner, in the 70s, before I was born.

Who is your favorite NASCAR (or other pro) driver?
It always used to be Dale Earnhardt, Sr.; I was always a big fan of his. When he passed away, it was Dale, Jr. That’s how I chose my car number [#8]. I followed both of them because I loved the way they drove. Now I’m more of a Martin Truex fan. I just love that he kept going with all he had to get through to be where he’s at now.

What do you like about Slinger Super Speedway?
I just really like the prestige of the track. Famous drivers have raced there, not just after they were famous, but when they were coming up, and it’s cool to be on same track as they were. It’s great how well-known it is, I mean it’s the world fastest high-banked ¼ mile oval!

Who is on your crew?
Dad-Leroy, wife/spotter-Crystal, Adrian, my brother-Stephen when he’s not racing, my other brother Jeff, Josh, Scottie, Tim, Dan

Is there anyone else you need to thank?
My mom for watching the kids every Sunday night!
Roger Behlke – he does my shocks
Chad Milner – spotted for me a few times throughout the season
Andrew Morrisey – works on chassis
Tory Bagley – does anything from rear end work to transmission to carburetor work
Everyone who came over to my pit to help get the car back on the track in week two after a bad wreck in the feature!

What is your real job?
I’m a bartender at Hering’s Fish Bowl and Hering’s Sand Bar and Grill (both in Lake Mills)

What is your favorite racing memory at Slinger?
Winning my first feature there this year on Memorial Day weekend! I’d been trying to get that win the last couple of years I’ll remember that day because I didn’t think I’d win it. Then on the last restart, I got the lead on the outside, and held it until the end.

If you could have dinner with any three people (alive or dead, real or fictional), who would they be?
Brett Favre, Dale Earnhardt, Jr., and I think I have to go with Aaron Rodgers

Which Slinger driver (past or present) do you respect the most?
Chris Blawat and Jerry Eckhardt Chris because he’s a clean racer and races respectfully. I’ve raced against Jerry many times. I hope I’m doing it at that age, as hard as he’s going at it. He doesn’t give up even if the day is going bad, he’s trying as hard as he can. 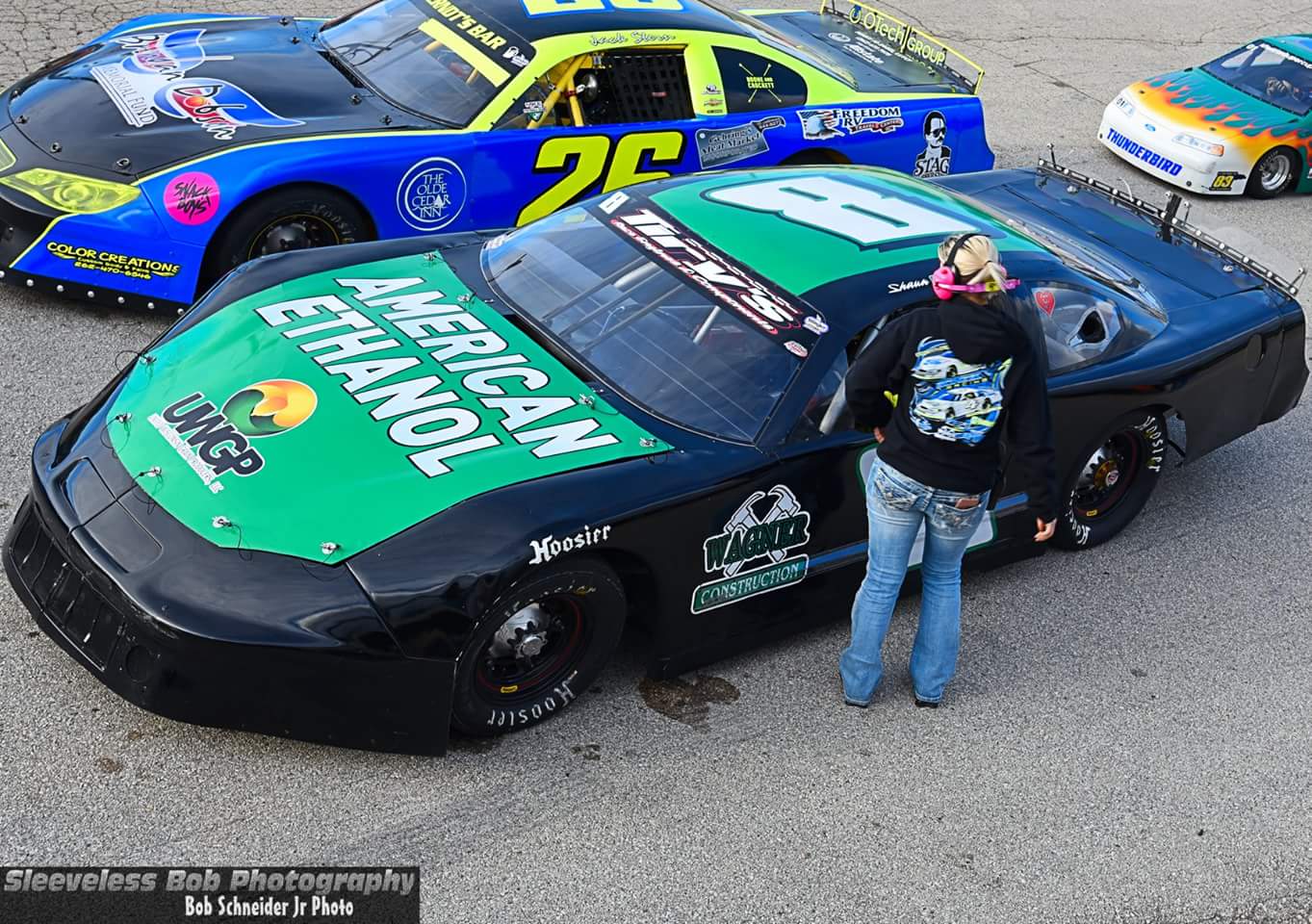