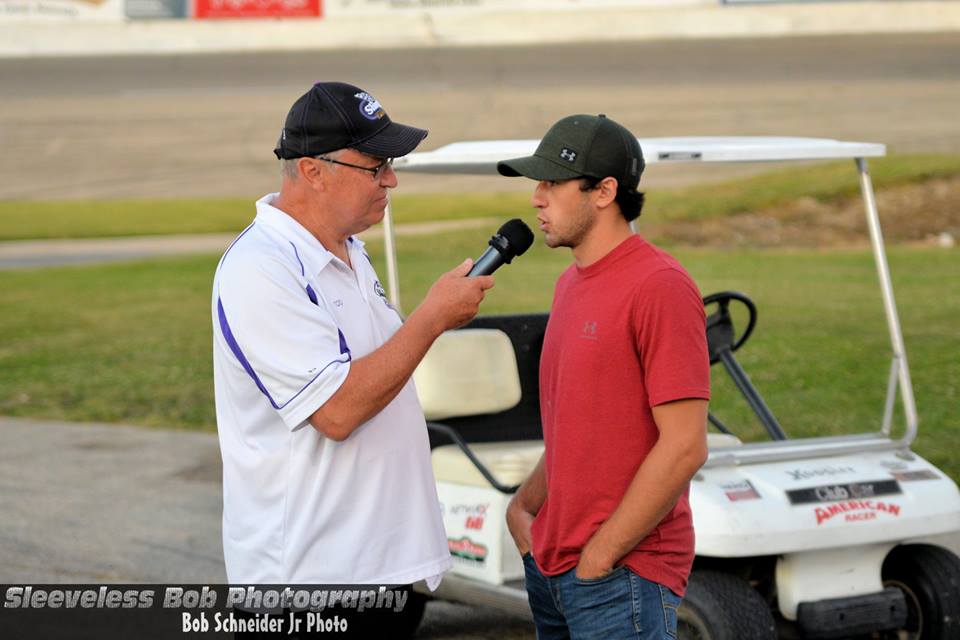 CONGRATULATIONS to Todd Behling, who will be inducted into the Southeastern Wisconsin Short Track Hall of Fame next Saturday!

How did you get into racing?
I was actually a fan and never raced, but basically dreamed up a radio program overnight, and explained to WAUK what I wanted to do. They said I could do it as long as I brought sponsors. I had never looked for sponsors before, so that was a learning experience in itself, but I managed to secure one season’s worth. WAUK said, “OK, it looks like you are in the radio business!” Later, I was contacted by Wes Burnham, the PR guy at Slinger. Wayne Erickson told him to find a new announcer; Wes was a listener and asked if I’d be interested. I interviewed with Wayne and his “personal assistant” Chuck Sage. He laid out expectations for me, which included handling all radio and TV advertising. My first season was 1986 (1986-2008 and 2011-present).

Who is your favorite NASCAR (or other pro) driver?
Jack Bowsher was my hero because he was one Ford in a sea of winged mopars, and my dad always had Fords. Later on I got to like anybody who raced at Slinger and made an attempt at NASCAR. Since Matt Kenseth was the most accomplished, I hitched my wagon to him awhile back.

What do you like about Slinger Super Speedway?
Well, there are a few things. I like how fast the track is, how good the racing is, and the people who race there.

Who do you need to thank?
Wayne Erickson for hiring me…twice
Todd Thelen for being such a classy boss
My lovely wife, Marge, for putting up with me all these years (47 years this December)

What is your real job?
I was a letter carrier with the US Postal Service for 22 years, then in postal management for another five, retiring in 2012.

What is your favorite racing memory at Slinger?
The thing that I like more than anything else is being able to announce first wins. It was very exciting to announce Matt Kenseth’s, Marv “ZoomZoom” Zuidema’s, and Mike Egan’s first wins. And Conrad Morgan’s first championship too, so many people were excited to see that one. He was such a popular driver because he had never won a championship, so was a very popular champion. There were so many who had their first wins since I started, and every one of them was a highlight. Most times, I would have to choke back tears while I was interviewing them, all the way to Brad Keith last season. I’m a real softie, you know!

What is your favorite food?
Porterhouse steak, medium rare
[In response to the question, is there a favorite place you like to get it?] Marge, where the hell do we like to get steak? I like my wife’s cooking, so that’s my favorite place.

Where is the most interesting place you’ve been?
Well, I’ve been to Iceland and Tahiti…they both would probably fit the description.
Iceland is not as cold as you think it is. It’s not as warm as springtime in Wisconsin and the daylight is similar to Alaska, where you get a lot of daylight for parts of the year, and a lot of darkness for parts of the year. We were there in Spring, so we got to be in the middle of that. Tahiti is nice, well because it’s Tahiti.

What was your first car?
A ’65 Mustang, 6 banger, 3 speed
The color was champagne tan, but the paint had oxidized and didn’t really look very good.
I paid 400 bucks for it! You can’t get a ‘65 Mustang for 400 bucks anymore.

What’s next for you (racing or otherwise)?
I’m going to keep announcing at Slinger until I can’t climb the hill to the tower anymore, and that doesn’t seem like it’s that far away. Dean has been warming up in the bullpen for quite a while now…his time is coming! I feel very fortunate I got the call from Slinger so many years ago. It has defined my life. 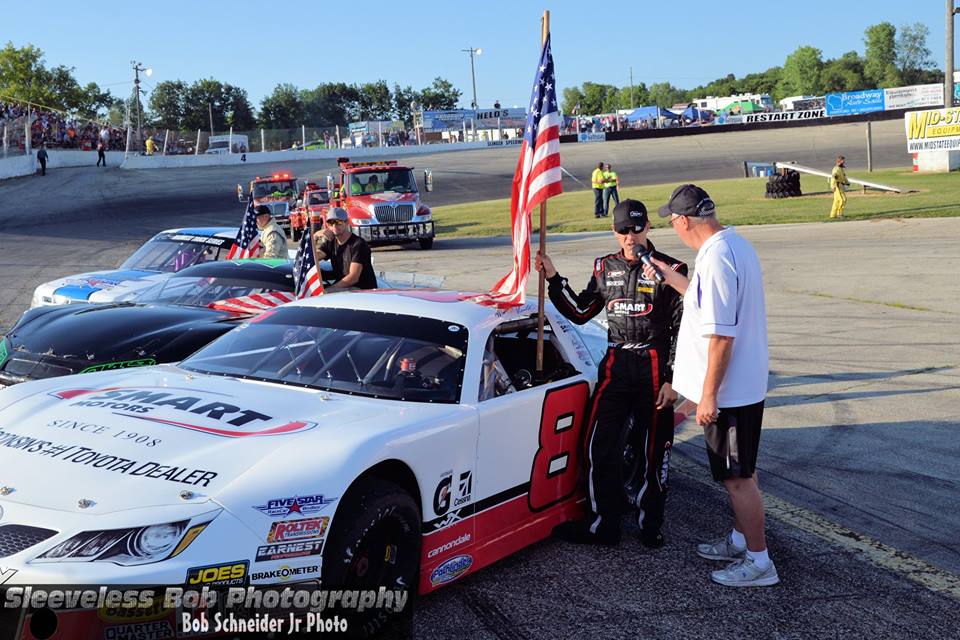 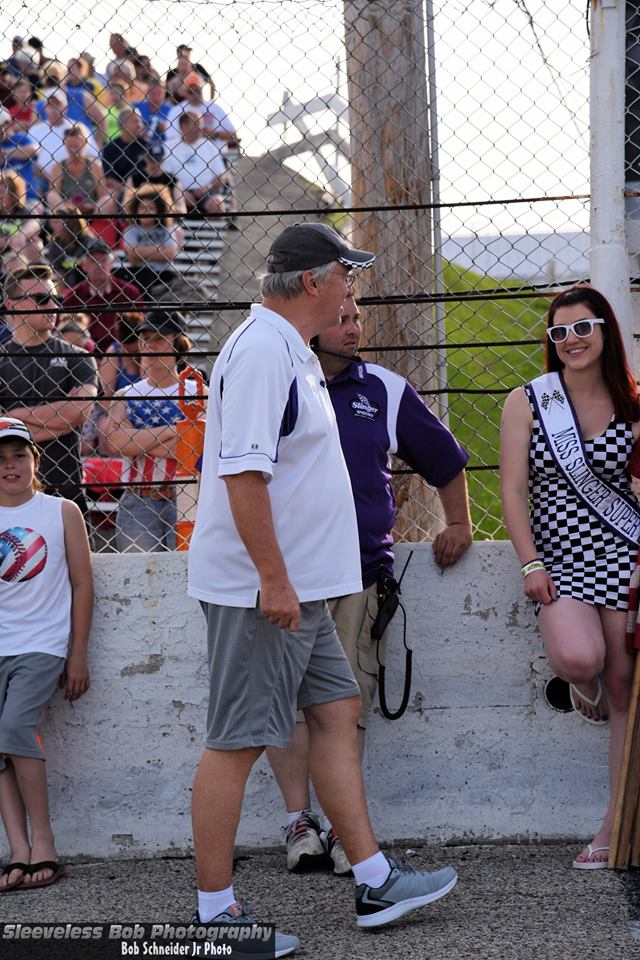 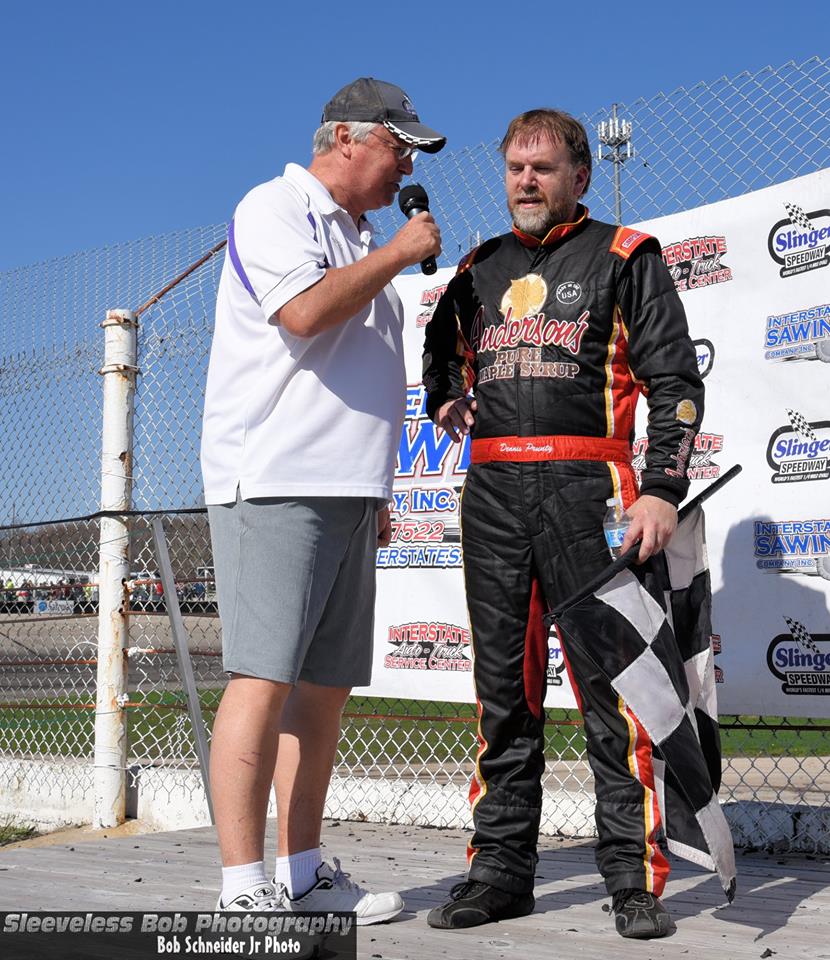