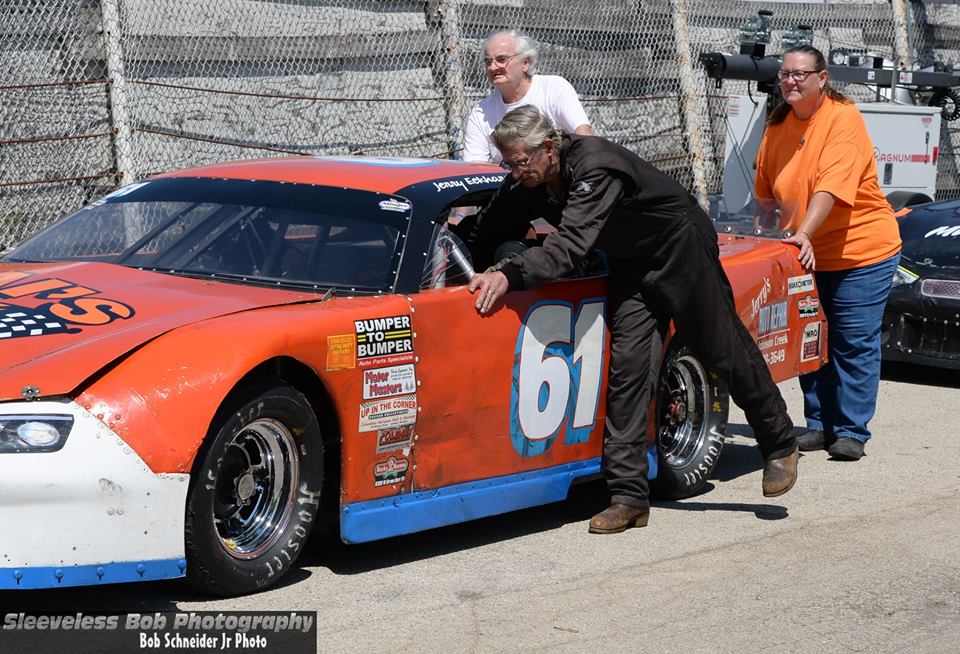 CONGRATULATIONS to Jerry Eckhardt, who will be inducted into the Southeastern Wisconsin Short Track Hall of Fame tonight!

Why did you get into racing?
Because I’m crazy, I guess! I never knew my real dad, but in later years I learned that he had a Ford dealership and also raced, so I guess it’s in my blood. I was always interested in cars. After going to a modified race at Jefferson in the late 50’s or early 60’s, I told my girlfriend at the time, “I’m gonna do that someday”. Well, I’ve been doing it for 53 years now.

Who is your favorite NASCAR (or other pro) driver?
Dale Earnhardt, Sr. because he drove like we used to back in the day. Also, Dick Trickle is my racing hero. He was always honest, had a fast car, didn’t take anyone out in order to win, and he knew how to do racing right.

What do you like about Slinger Super Speedway?
The banked corners and the fast pace!

What is your “real job”?
I run an auto-repair and towing company [Jerry’s Auto Repair & 24 Hour Towing in Johnson Creek]. I worked at a Chevrolet dealer, Nadler Motors in Lake Mills, for 20 years. In 1981, I went out on my own.

Who is on your crew?
For the last 10 years, Charlie Weber and Kathy [Jerry’s wife]. At Jefferson, my daughter Brenda also helps.

How long will you keep racing?
Well, I just don’t know. I’d like to say until I die, but with the money people are spending now…I refuse to do that. I’m getting frustrated. I’m short on horsepower. If I get that problem fixed, I’ll continue. If not…

What is your favorite food?
Angus steaks and hot dogs. I have Angus steaks occasionally, and take them medium well. I have hot dogs every day at noon for lunch.

What is your favorite racing memory at Slinger?
Beating Al Schill for the $500 bounty in the 70’s or 80’s! [Bounties used to be placed on drivers who won multiple races. The first one to beat the driver with the bounty would earn a cash reward. Conrad Morgan, Tony Strupp, Miles Melius, and Etchie Biertzer are other drivers who had bounties placed on them in the past.]

Which Slinger driver do you have the most respect for?
Dennis Prunty – he’s an honest type driver, and won’t take anyone out just to win
Brad Mueller – he’s a hell of a good guy, and is bada– fast when he gets his car stuff right! 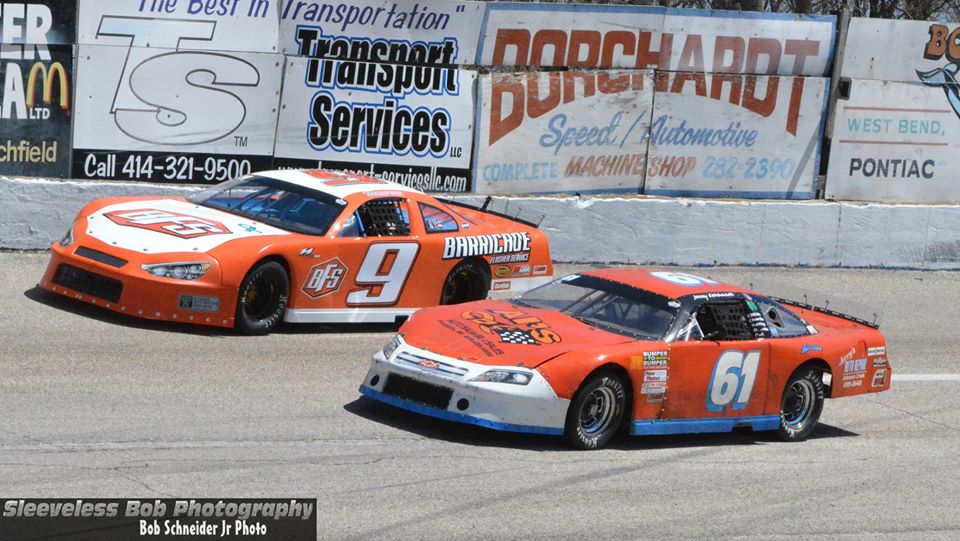 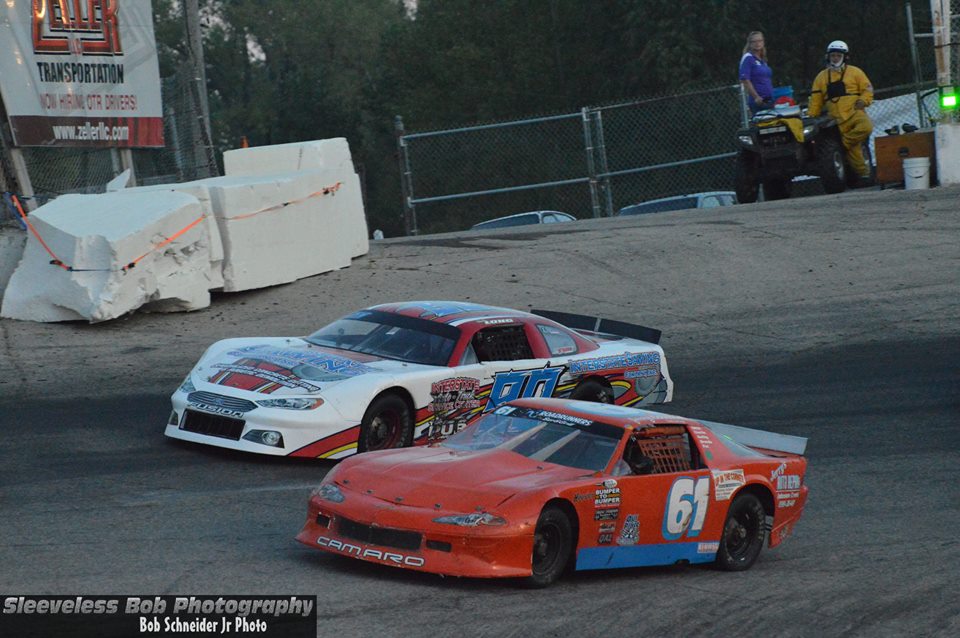