How did you get into racing?
I was taken to the track by my father when I was young, so I’ve always wanted to race something. I started as a kid in snowmobiles, then go-karts, and motocross. At Slinger, I started with Enduros in the 80’s, then Figure 8’s a little. I also raced The Futures when they used to have those and won that two or three times. I ran sportsman at Jefferson, and when Slinger brought in that class, I came back.

Who is your favorite NASCAR (or other pro) driver?
Dale Earnhardt, Sr. – I liked his style, his want to win. I agree with his quote: “The winner ain’t the one with the fastest car; it’s the one who refuses to lose.”

What do you like about Slinger Super Speedway?
Speed! When they say it’s the “World’s Fastest 1/4 Mile Oval” they aren’t kidding! Comparing it to Jefferson, we are running 15 second laps there. At Slinger we are running the same distance in 12 seconds.

What is your “real job”?
I’m retired! I worked at Briggs and Stratton for 30 years, mainly as a tool & die welder and a maintenance mechanic. Now I just putz around on racecars.

Who do you need to thank?
Crew: my wife, Deanna and Roger Schmid (former Slinger Stinger driver)
Sponsors: I build racecars, so Kalbus Chassis, and my wife has a horse business, Kalbus Klassic Arabians. That’s it. It’s kind of an “I don’t ask and nobody offers” deal.
Anyone Else: Adam Bleskan (#11 Sportsman) – we kind of work hand-in-hand

What TV shows are you into?
NASCAR races and sitcoms like “Last Man Standing”. I don’t have a whole lot of time to watch TV, but anything about racing is good.

What was your first car?
1965 red Chevy Impala. I bought it when I was 15 and drove it without a license. I got in too much trouble with it, so my parents sold it on me. I couldn’t get my license until I was 18, but have had no speeding tickets since.

Which Slinger driver (past or present) do you have the most respect for?
Dick Trickle – he was the best at everything, he couldn’t be beat. He was the center of attention off the track, and the guy at the top on it. 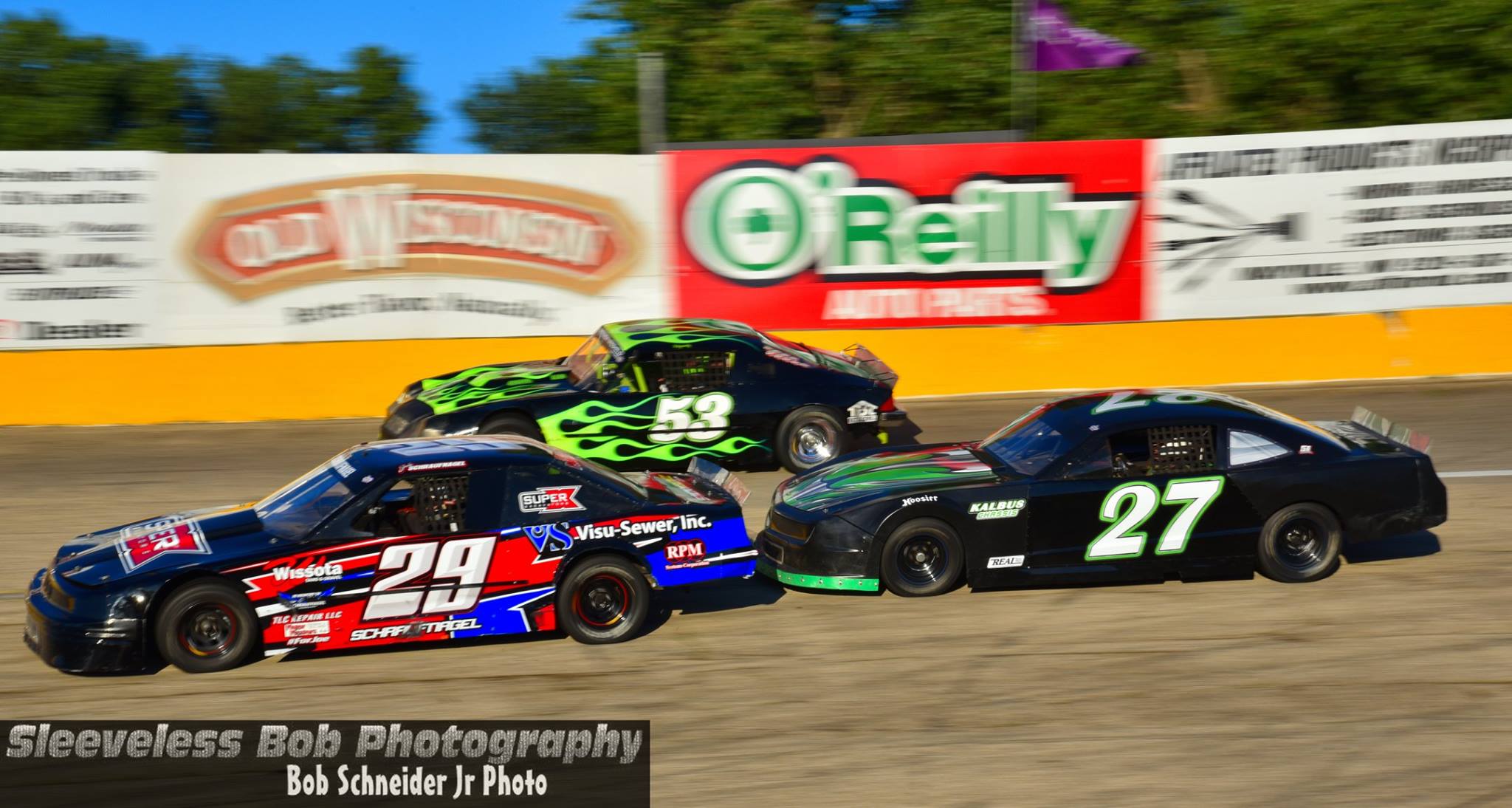 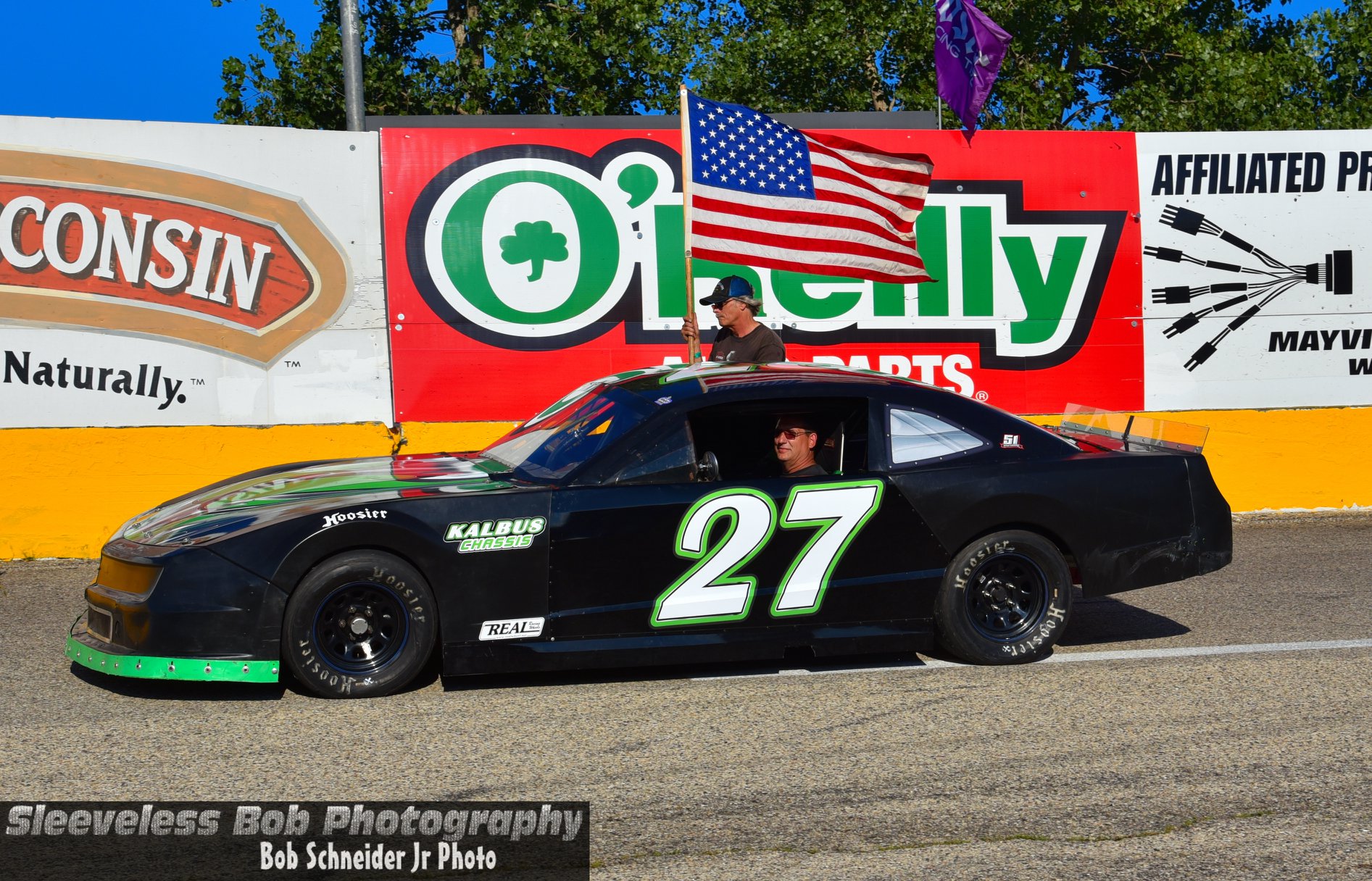