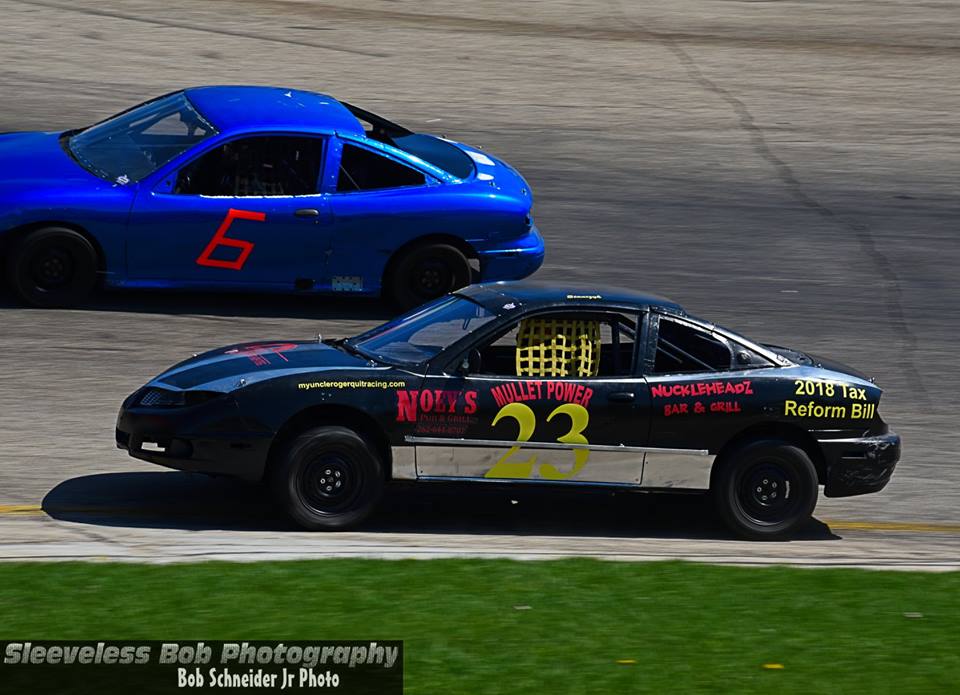 Why did you get into racing?
Two years ago I was sitting at home, my daughter had moved out, and there was money falling out of the cupboards. I decided I need to find a girlfriend or buy a racecar. The racecar seemed like it would have fewer problems.

Who is your favorite NASCAR (or other pro) driver?
I’ve always been a Mark Martin fan. When I was young, he had a shop in Beaver Dam. While I never met him there, his crew and my dad connected through family friends. I got to go to his ASA shop and sit in his car!

What do you like about Slinger Super Speedway?
The fans, people, racers, atmosphere, and the enjoyment I get out of spending a few hours there every Sunday!

How did you pick your car number?
It was my uncle’s number. He raced 25+ years in the Stevens Point area in the sportsman, late model, and modified 4-cylinder divisions.

Give us two truths and a lie about yourself. [Readers, post in the comments below which one you think is the lie. We will post the correct answer in this feed on Wednesday. Close friends and family, please don’t give it away!] (1) I was an award winning cellist in high school.
(2) I love Six Flags Great America and am disappointed if I don’t get there every year.
(3) I won’t kiss anybody that drinks Jagermeister.

What is your “real job”?
I’ve been a molding plastics engineer at JW Speaker for 24 years.

What is your favorite memory at Slinger?
The first time I broke out! [See “break out” info below.] It took almost two years to do it, and was the culmination of a lot of work and learning on my part! Now I have to figure out how to NOT break out!
[The Bees are the only division to have a “break out” rule at Slinger, which states: “At any time during qualifying, heat race, semi feature race, or feature race a car breaks out (runs a lap faster than the break out time of 15.2) the car will be black flagged from that event and done for the event.” The purpose of a break out rule is to keep down driver costs and maintain the entry-level status of this division.]

Who do you need to thank?
Crew: The 3M’s – Mullet (me), Mashed Potato (Tommie Elsinger – nicknamed that because his girlfriend loves mashed potatoes), and Mopsy (Anthony Dorzak – nicknamed that by his ex-girlfriend). We are three really good friends who spend time banging on each other’s cars. Also, Tommie’s dad, Tom, and Mitchell Welter.
Sponsors: They pretty much are made up of my friends: Noey’s Pub & Grill (St Lawrence), Painting Pros (West Bend), Knuckleheads Bar & Grill (West Bend), the 2018 Tax Reform Bill, myunclerogerquitracing.com (because my uncle Roger did quit racing and has been giving me all sorts of stuff!)

Anyone Else: My uncle (Roger) and my dad (Larry) – they are where my love of racing comes from. My dad lives in North Carolina, but still makes it to see me race once a year!

If you could have dinner with any three people (alive or dead), who would they be and why?
Grandpa Stanczyk – he passed away about 10 years ago; I spent a lot of time with him when I was growing up. It would be interesting to find out the silly stuff I did.
Abraham Lincoln – He was president during a fascinating time. It would be interesting to find out the inside scoop. I have respect for people who are virtuous.
Marilyn Monroe – because she’s frickin’ hot!

Which Slinger driver do you have the most respect for?
I could choose a lot of drivers for one trait or another. In my years as a spectator, though, Lowell Bennett would be my choice. He didn’t always seem like he was the best-funded car, but he drove hard and he drove clean (from what I saw in the stands anyway). 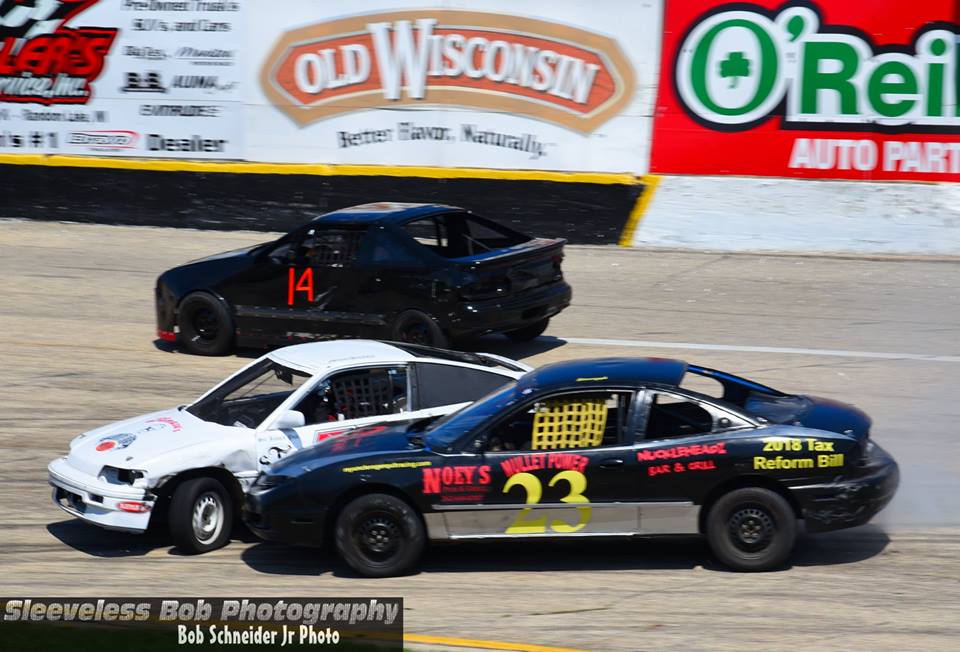