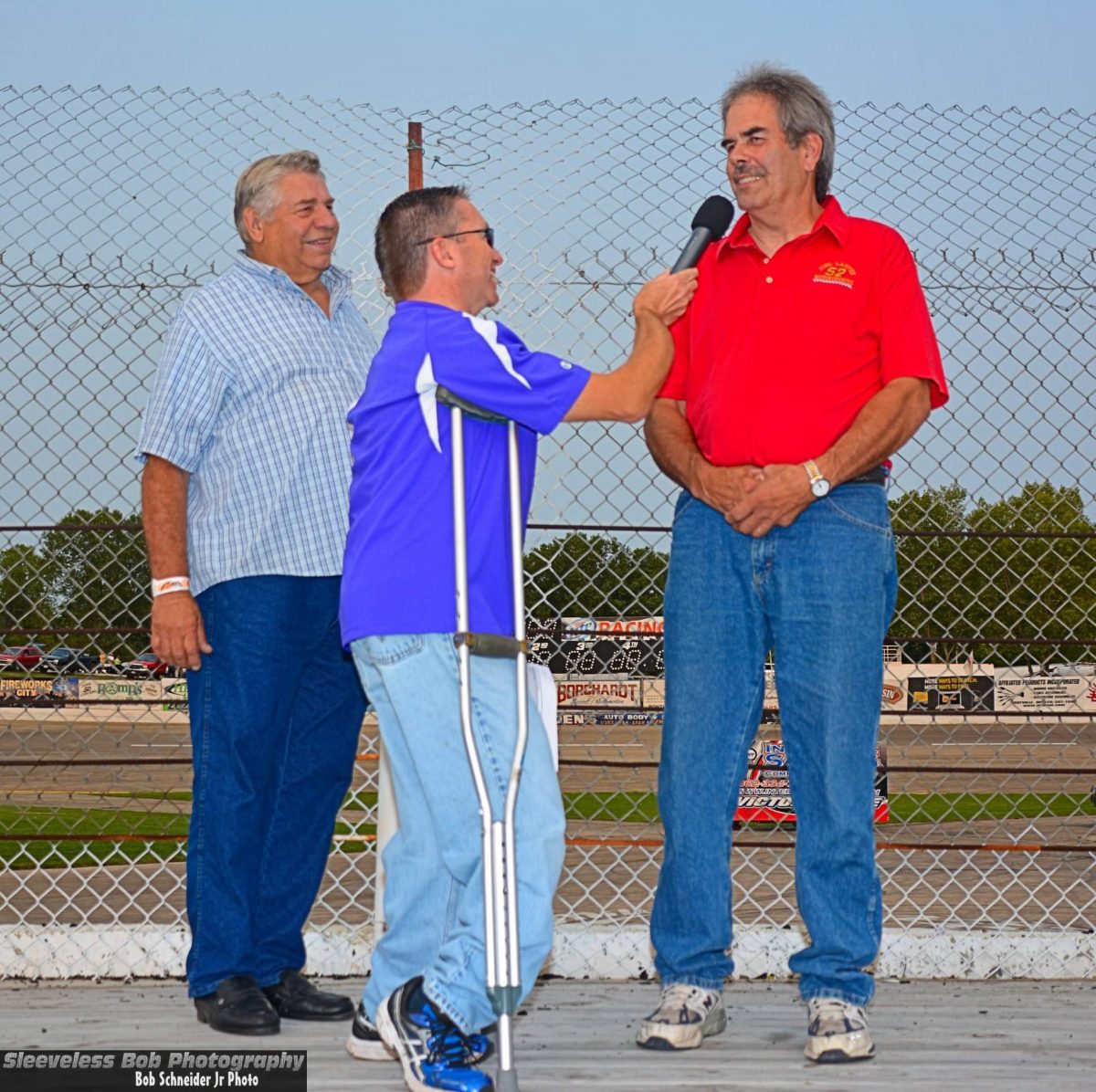 How did you get into racing?
My brother, Al, built a car and he let me drive it. Once I drove it, I thought I better get into racing. I started in a Sportsman in 1972 and raced the last two years that Slinger was dirt. After four or five years in the Sportsman, I moved to Super Late Models. The last time I raced them seriously was in ‘98 or ‘99; my last feature win was in ‘98 and that was the beginning of the end. I got out of supers probably around 2001 or 2002, then changed it into a Limited Late Model five or six years later (it sat in the same place, on jack stands for all those years). I only raced that a few times over two years and then just parked it. I couldn’t tell you the last time I raced; I know I won championships in ‘76 and ‘77, and should have won them in ‘78 and ‘93 too.

Why did you stop racing?
I got old. And smart (laughs). No, it was time to retire.

What have you been up to since leaving racing?
I spend my weekends watching my daughter, Joelle, show her horses. I’m retired from Parker’s Welding, which was structural steel.

What do you like about Slinger Super Speedway?
To this day, it’s the best racetrack in the state of Wisconsin. There is no other racetrack like it!

Sponsors: I had a lot of those too… EH Wolf, Benson Concrete, Karavan Trailers (he was the biggest sponsor I had), Kirk’s Korner, Foerster Signs, and Coachwork Auto Body

Anyone else: My wife, Gerri – she let me race

What is your favorite racing memory at Slinger?
Racing with some of the best drivers in the business. A lot of really good drivers raced there, including the ones that came in for Nationals. I became really good friends with a lot of those guys, like Dick Trickle. The memories that I have racing against all those guys over the years….that’s my favorite. There were some really good things that happened, like winning a 150-lap race. I never won Nationals, but finished second and third. But my favorite is not one particular thing; it’s the people I raced with. I still enjoy running into those guys, like Al Schill.

How did you get your car number (#52)?
I started in Pro Star, the dirt circuit in Milwaukee. All the numbers I wanted were gone, so I ended up having to take #251, and started racing with that number. I don’t know why, but I changed it to #25 later. Then I won the track championship at Slinger, so when I finished racing Sportsman I was #1. When I started in Super Late Models, I took two of the numbers I started with and ran #51. But, at Kaukauna, Dennis Bogel already had #51 so they made me change it the next year. I took #52 and stuck with it. Everything I ran had a 2, 5, and/or 1 in it. Those aren’t my favorite numbers, it just worked out that way.

What is your favorite food?
Free food. (laughs) I like pizza. No particular place, just wherever I end up getting it. Always with pepperoni. I like every food though too.

What was your first street car?
I drove a ‘56 Pontiac in high school, but my dad owned that. The first car I bought was a ‘59 Buick. But, my first COOL car was a ‘66 bronze Barracuda. [Follow-up question: What happened to that car?] It got run into down on 35th and Capitol. A guy ran a red light, and I was making a left turn on a green arrow. Totaled it.

Which Slinger driver (past or present) do you respect the most?
I think the fairest guy I ran with was Al Schill. He ran you as hard as anybody, but never put a bumper to you. He was always fair. 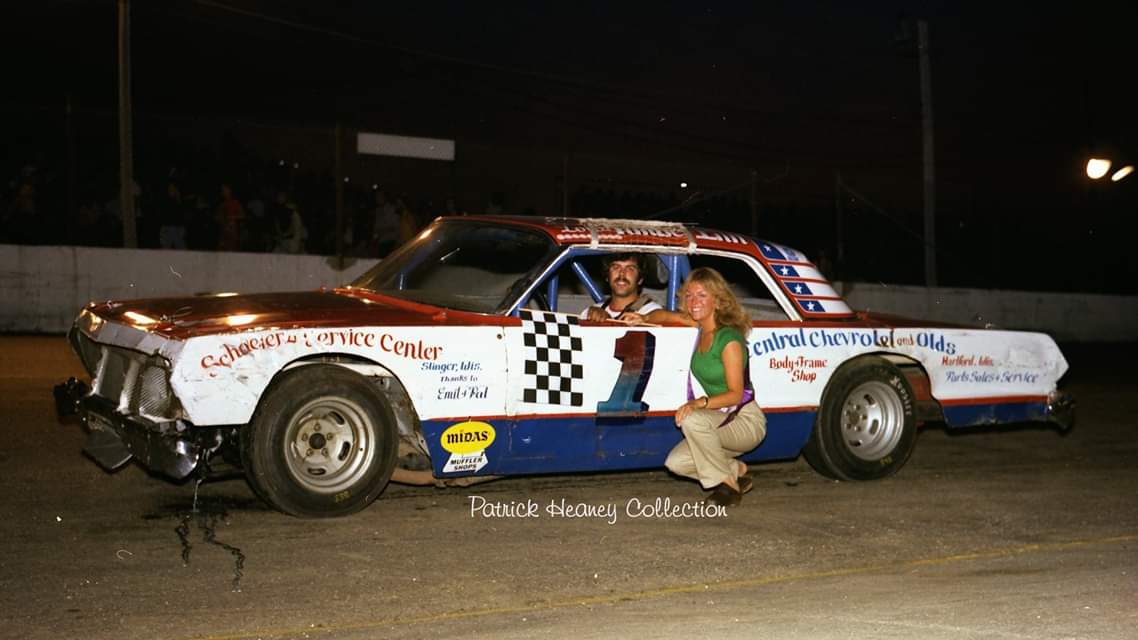 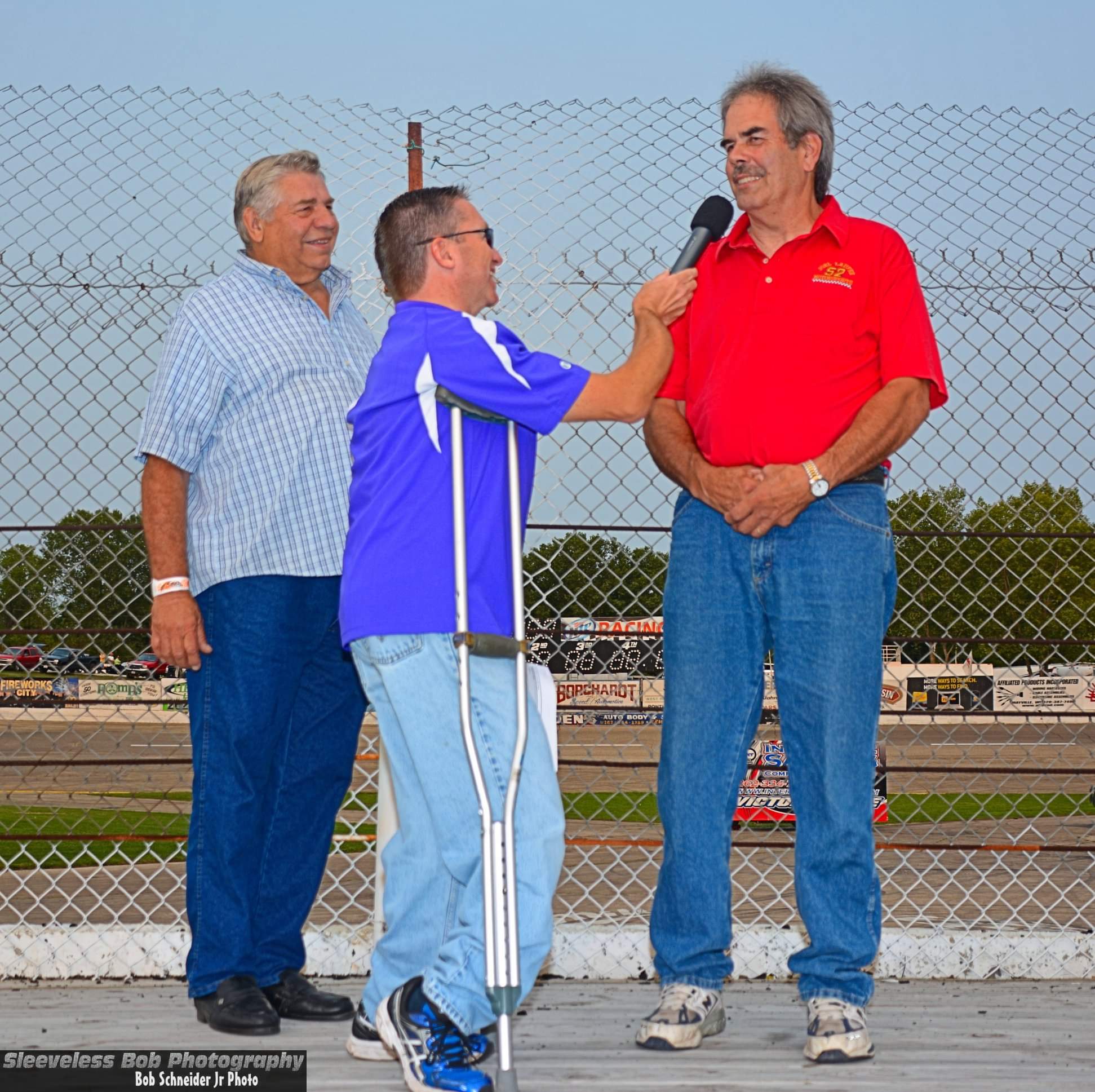