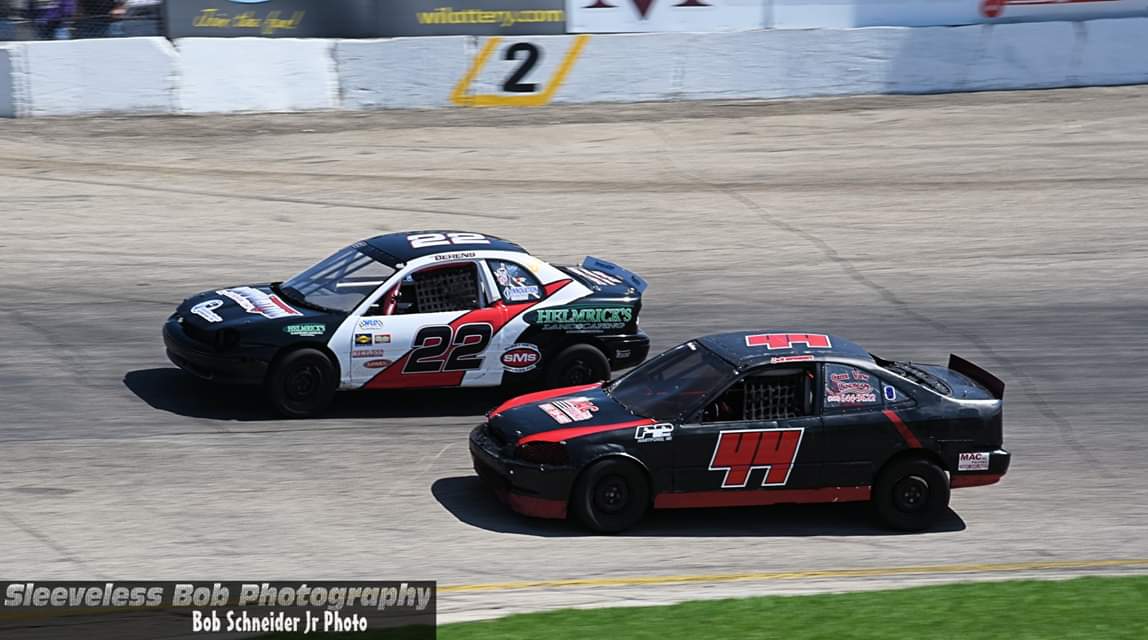 How much will it cost to get involved?
“My mom and dad bought my first car for $300. Once we replaced some of the bad parts, we had maybe $1000 into the car but it blew up and we later bought a car from Rick Schaefer. He won the night I blew my car up. Afterward, we walked over to his pit, and for a winning car spent $2500. I know he had more time into it and it was worth a lot more, but he was very reasonable with the price. After the car is bought and all, you still have the tires and the pit passes which add up, but that’s where sponsors come in. So, I advise that you make a paper and have one with you for wherever you go. You might get told ‘no’ 100 times before you get a ‘yes’, but that little ‘yes’ will help more than you know. Oh yeah, and that car I bought from Rick? I turned it into a championship car in 2018!” ~Brady Held, #04 Slinger Bees, 2018 Slinger Bees Champion

Why should someone get involved in driving a Slinger Bee?
“I believe that someone should race a Slinger Bee because it’s cheap, affordable and a lot of fun! It doesn’t cost a ton of money to be able to run up front in the division. It’s awesome to see so many different winners throughout the season. Also, you can go to pretty much any driver for advice, and they will help you with any questions you have. I believe that this division is only going to keep growing each and every year!” ~Matt Urban, #48 Slinger Bees

How many crew members does a Bee need?
“I have two (Brandon and I) on most nights at the track, but most of the other drivers help each other out if they need it. We are one big happy family for the most part, some of our best friends are guys we’ve raced against.” ~Marty Tackes, #24 Slinger Bees

Describe the division, please.
“The Slinger Bees division is a ton of fun to race in! We have action-packed, door-to-door racing almost every week. It’s definitely a great place to be if you’re just getting started in racing, or if you just want to have some fun racing for wins on the high banks of Slinger Speedway. For newer drivers, it allows them to learn the basics of short-track racing overall (how to run a smooth line, how to pass, etc.), learn about basic short track set-ups, learn about different adjustments you can make to a car and what effects they have on the race track, and more. For drivers who have been racing for a few years, the Bees are a great place to continue learning, having fun, and can help pave the way for a move to the upper divisions, like the Sportsmans, Late Models, and Super Late Models. Overall, the Bees give drivers an awesome opportunity to learn about short track racing from the driver’s seat and have a blast while doing it, all on a pretty reasonable budget!” ~Brandon Berens, #22 Slinger Bees

How many laps do the Bees run in a night?
“With practice, qualifying, heats and a feature, the bees average around 50 laps total a night.” ~Brandon Mennicke, #11 Slinger Bees

When will the Slinger Bees race in 2019?
“We race every single Sunday night, except for June 23 and August 11. The Sunday after the opening week is a small car enduro [May 5], which is a 200 lap, non-points race for similar cars to ours. In the past this has drawn very large car counts. The Sunday right after the Nationals is the Small Car Nationals, which will feature only the small car divisions such as Bees, legend cars, and bandoleros. Then the week after the season championships is the return of the Futures race, which will feature the divisions below late models and super late models and should draw many racers from around the state!” ~Garrett Konrath, #9 Slinger Bees

How would someone find sponsors for their car, to help with the costs of racing?
“(1)Don’t be shy, get yourself out to businesses in your community. (2)Create a flyer that describes who you are, include your interests and racing experience. Outline what you would do for the sponsor: appearances, parades, product promotion and social media posts. The flier should include your contact information and what dollar amounts you are requesting. (3)Lastly, you need to keep your promise to the sponsor (do what you said you would do) and thank them regularly throughout the season.” ~JD Rudser, #54 Slinger Bees

If someone is interested in racing the Slinger Bees, how can they get more information?
“Join us at the Slinger Bees meeting on Wednesday, February 27, at 6:00 upstairs at Nite Owls in downtown Slinger. Or email me at lynn@slingersuperspeedway.com”. ~Lynn Wagner, Slinger Speedway Public Relations Manager 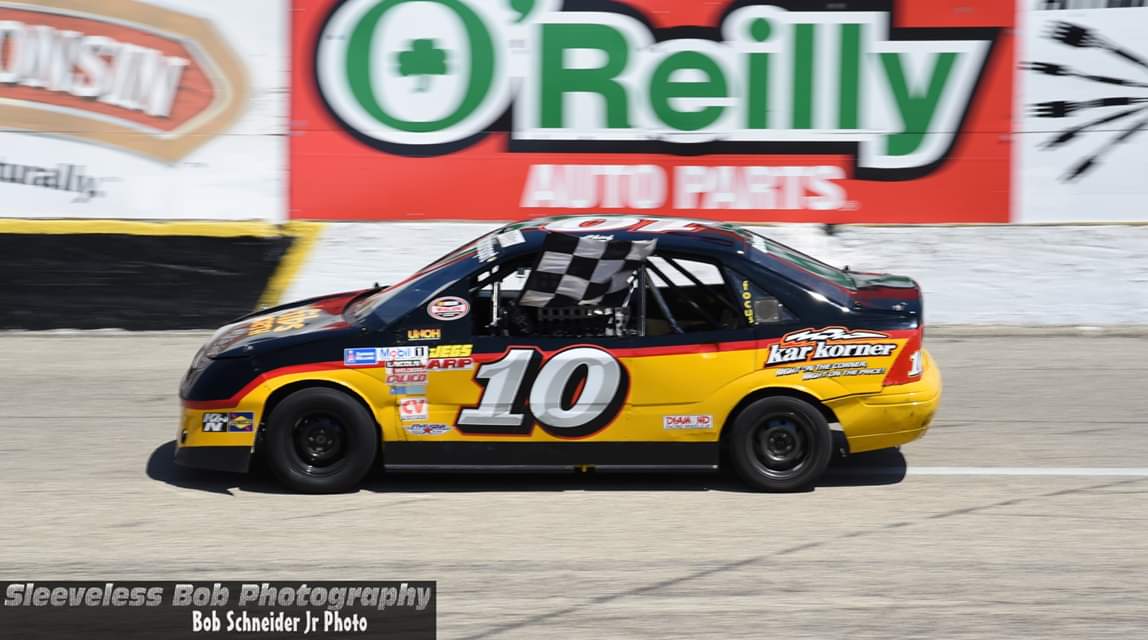