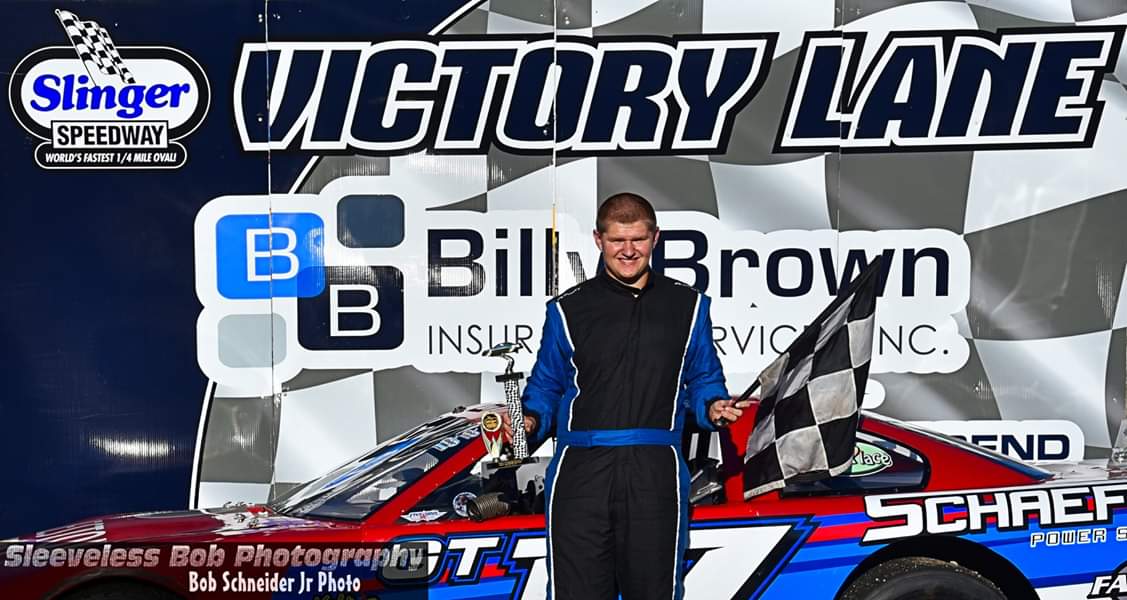 How did you get into racing?
When I was a little kid, I used to go to Slinger all the time, starting at the age of two or three. When I was five, I believe, Santa got me a go-kart for Christmas. We started locally in the Badger Kart Club and it took off from there. We started to run nationally, and then decided to make the jump to cars and run at Slinger. I started there in the Slinger Bees in 2012. After the Bees, I moved to a limited late model for a year and a half with Team 16. This will be my fifth season in super late models, but fourth full season (I started five races the year before my first full season).

Who is your favorite NASCAR (or other pro) driver?
Matt Kenseth – He’s someone from Wisconsin who I grew up watching. My dad was a big fan and I continued it; Kenseth is why I’m number 17. When I first started in the karts, I had no doubt in my mind that I wanted to be #17, and I just stuck with it from there.
Alan Kulwicki – He always ran for himself, and knew what he was doing on his own cars. He loved working on racecars as much as racing them.

What do you like about Slinger Super Speedway?
It’s unique – there is nothing else in the world like it! With the high banks, there are not many places that can replicate it or the speeds that we get.

Who do you need to thank?
Crew: Conrad Morgan and all of his crew: Roger Lindsay, Dave Behling, Scott Lynch and family. My crew: Ben Kierzek, James Poleske, Kurly Kissinger, Mark Vogt, and Pathfinder Chassis.

Anyone else: My parents, Lori and Jeremy, are my biggest sponsor and my grandparents

What is your real job?
I’m 17 and a junior at Pewaukee High School. Racing and football are pretty much full-time jobs, but I mow lawns during the summer in Hartford and Pewaukee.

Talk about the Kulwicki Driver Development Program (KDDP).
It’s a great program! I’ve always looked at it as a great opportunity; other Slinger drivers like Steve Apel and Alex Prunty have had success with it. I feel like I’m similar to Alan – a little team trying to get as far as we can with limited funds and sponsorships. I hope to spread the message and information about Alan Kulwicki and his legacy. In 2018, I was a semi-finalist, making it to the final 21. This year I am a semi-finalist again and am looking forward to the announcement of the final seven on the Morning Bullring radio show on March 25th on Speed51.com!

What is your favorite racing memory at Slinger?
My first win ever, in the Slinger Bees in 2012 on Father’s Day. I was ten years old. No one knew who I was, but that day kind of got me recognized. We weren’t really expecting it, which made it better! I have a picture of it in the basement. My dad is in background and to this day I have never seen him so happy. My super late model win is also up there, but the Bees win was so unexpected, so it was better.

After the 2018 season, you were voted Slinger’s “Most Improved Driver” by the other drivers. What does that mean to you?
It’s an honor to be recognized by your competition and feel like you are being noticed and gaining respect.

What’s next for you in racing?
I’m not really sure. We feel we are at the last step that we can really afford. We are just going to grind it out right now and focus on learning and getting results in the Midwest. We’ll try to get better at what we are doing right now in super late models.

Which Slinger driver (past or present) do you respect the most?
Conrad Morgan. Just the respect he shows me, and working with him every week. He’s someone who’s been doing it for over 50 years, and his recent history with his perseverance bouncing back after injury. To be doing it for so long and still have that drive to win and that drive to want to be the best. He has that hunger of he’s only happy when he wins. I think that’s a good mindset to have – you shouldn’t want anyone to be more hungry than you. 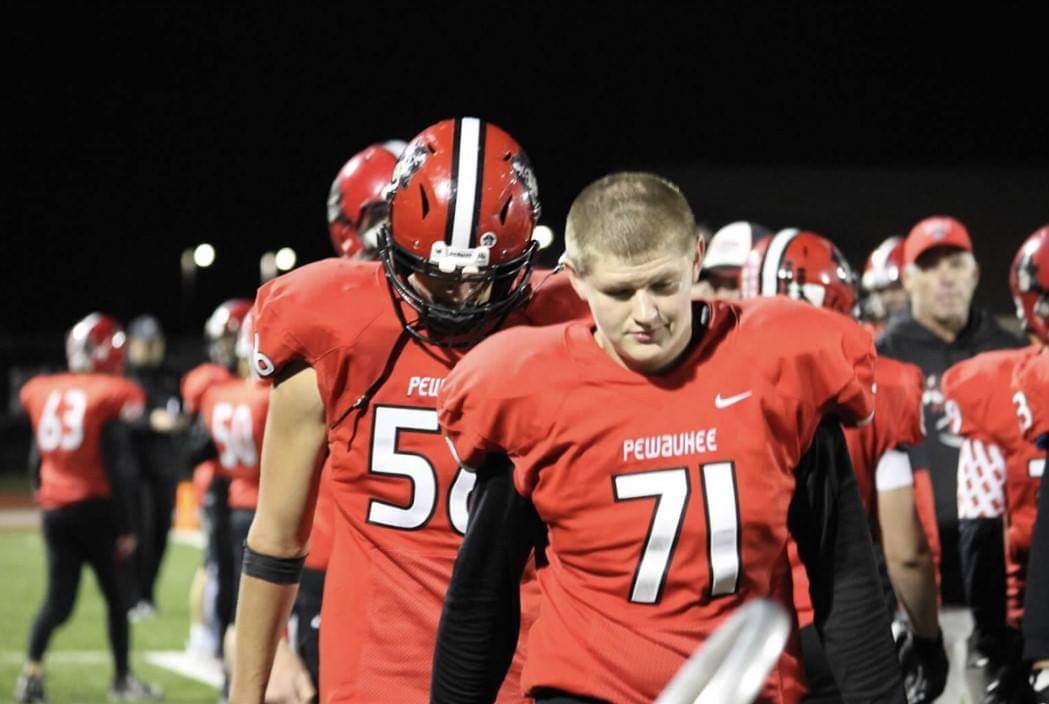