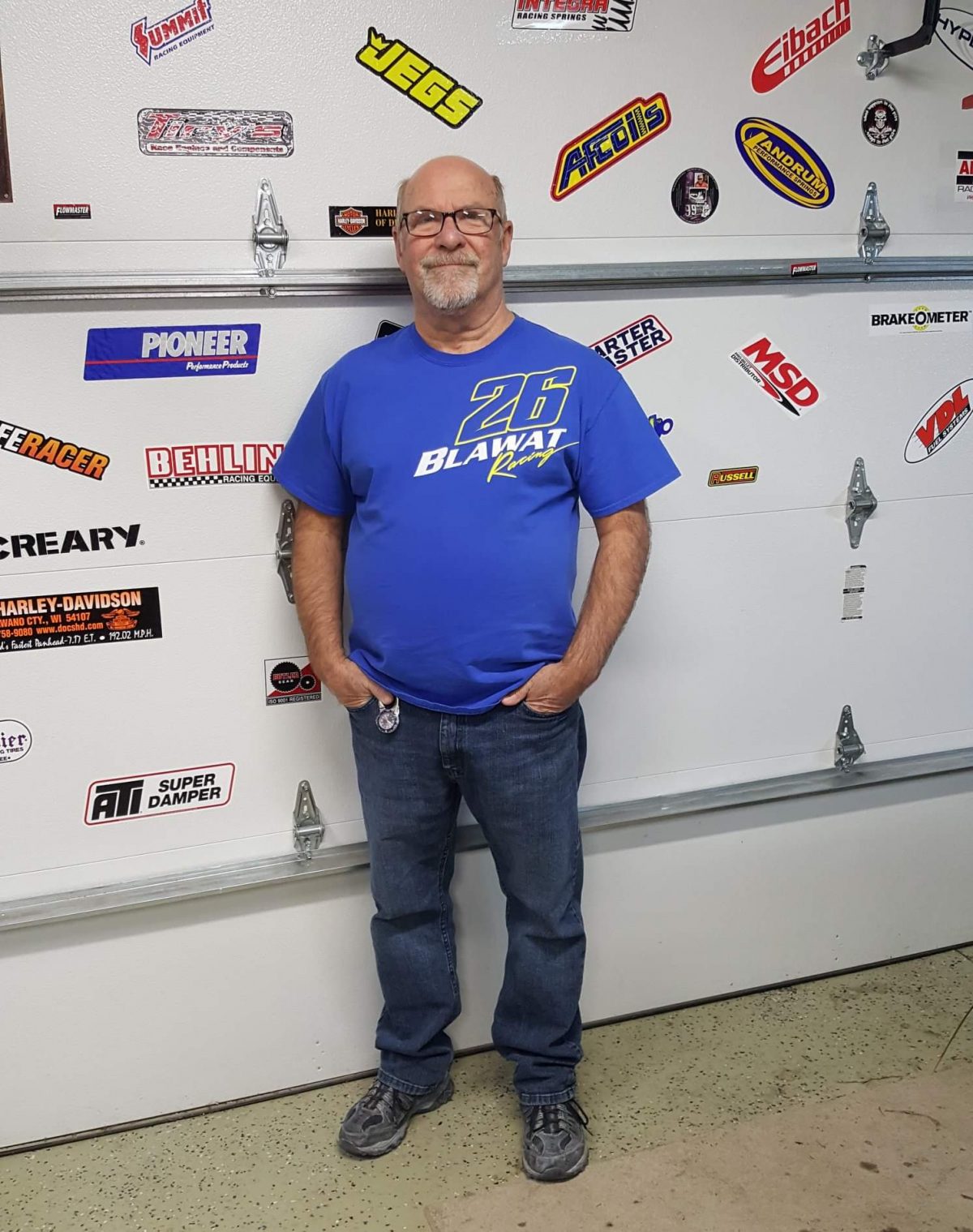 How did you get into racing?
My mother said the first word I ever said was “car” – not “mom” or “dad”. I’ve been interested in racing my entire life. I raced at Hales Corners the first year they had the Hales Whales, and then sportsman for eight years. In ‘87 or ‘88 I stopped racing; it got to be expensive, and I had a family. After I got out of racing, my three sons got into it and all ran in the Badger Kart Club. Chris is the only one who still races, but his brothers, sister, nieces, and nephews are there almost every week supporting him.

Who is your favorite NASCAR (or other pro) driver?
For old school – Terry Labonte. I really don’t know why. I guess I just liked the Kellogg’s car and everyone else rooted for Dale Earnhardt or Darrell Waltrip.
More recently – Tony Stewart because of his badass attitude.

What is your role on the team?
The same as everybody else’s – we are a team and share responsibility. Everyone else steps in if someone is missing or struggling. That is what won the championships – working as a team. I’m also the spotter (ohhh, now that’s going to get out and if I screw up everyone is going to yell at me!). Personally speaking, I’m Chris’s dad.

What do you like about Slinger Super Speedway?
Camaraderie and competitiveness. It’s the most competitive racing I’ve ever been involved with. Plus, if someone needs a hand, whether you are buddies every weekday or just on Sunday, everyone is willing to lend a hand.

Where is the most interesting place you’ve been?
Racing – Charlotte, because of all the race shops, there is something to do for a full week while there, not just on a Saturday or a Sunday.
Personal – My true vacation in Mexico when I just sat on the beach for seven days and relaxed.

What is your real job?
I am in supply chain/logistics at Caterpillar. In 1979, I started at Caterpillar/Bucyrus Erie. I left for a number of years then came back, and have been with them for 25 years total.
Also, it’s not a job, but I’m a dad and grandfather. That is the most rewarding “job”.

What is your favorite racing memory at Slinger?
Both championships. [Late Model in 2009, and Super Late Model in 2016] The one in 2016 was a well-fought battle with Steve [Apel], and came right down to the last couple of laps. It’s one of the greatest memories I’ll have in racing…until we win the championship this year.

If you could have dinner with any two people (alive or passed), who would they be?
My grandmother and grandfather on my mother’s side, Dolphus and Edna Fowler. They passed a number of years ago, and they lived in North Carolina, so I didn’t get to see them often.

What was your first car?
A ‘68 Chevy Bel Air 4-door, ugly white or “beige”. I sold it to a friend of mine and he drove it for a number of years after that while I bought a brand new ‘74 Nova SS.

Which Slinger driver (past or present) do you respect the most?
I don’t know that I can pick a particular one. It’s tough to pick out. I guess for hard work and what I see them do…Shaun Scheel. I see the work they put into their car; their championship was very well-deserved. With them pitting next to us, I guess I have a soft spot for them. But, any of the Super Late Model teams are good. We don’t have any issues on or off the track. We keep our nose to ourselves and don’t chase after problems. I remember five weeks in a row, we didn’t finish a race. But we didn’t go after anyone – it was just racing. 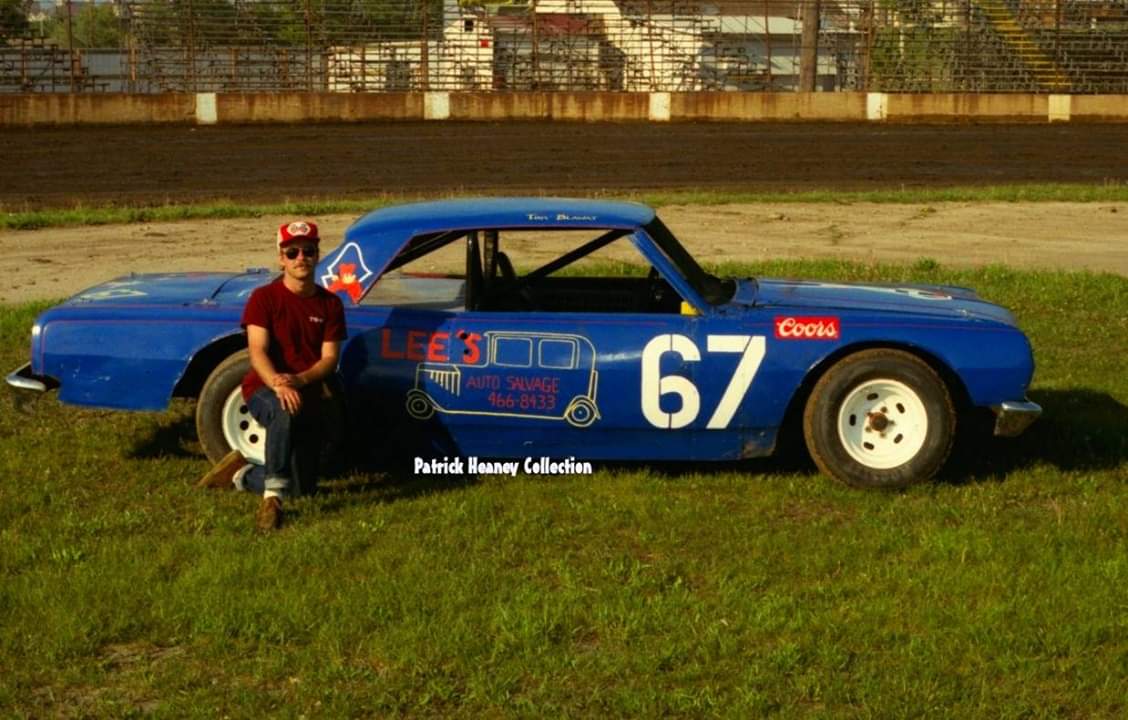 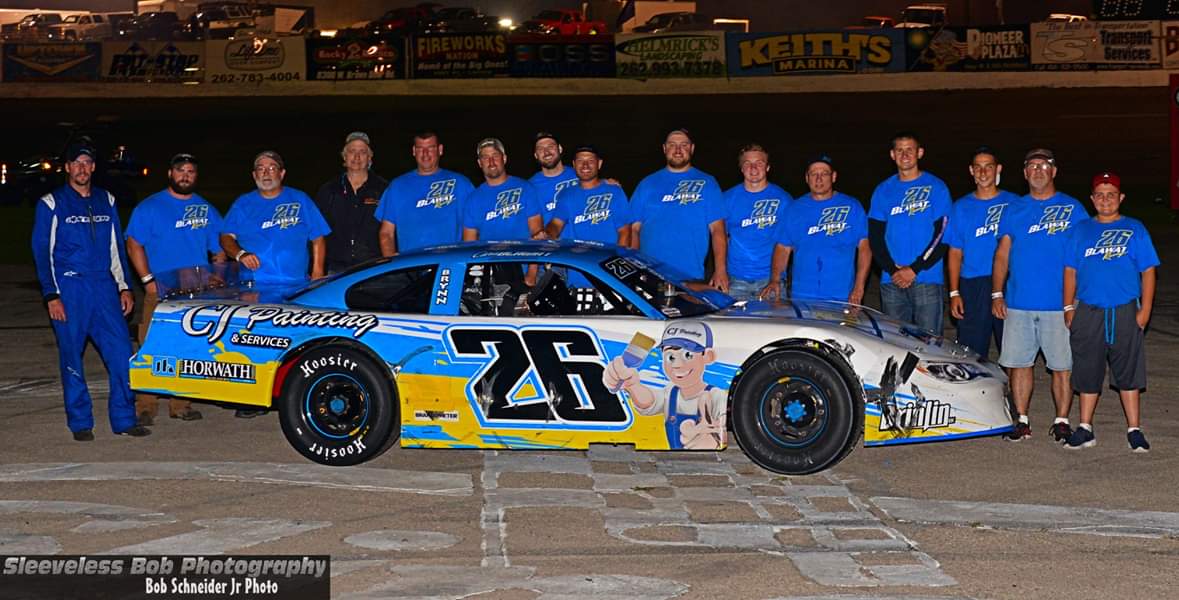