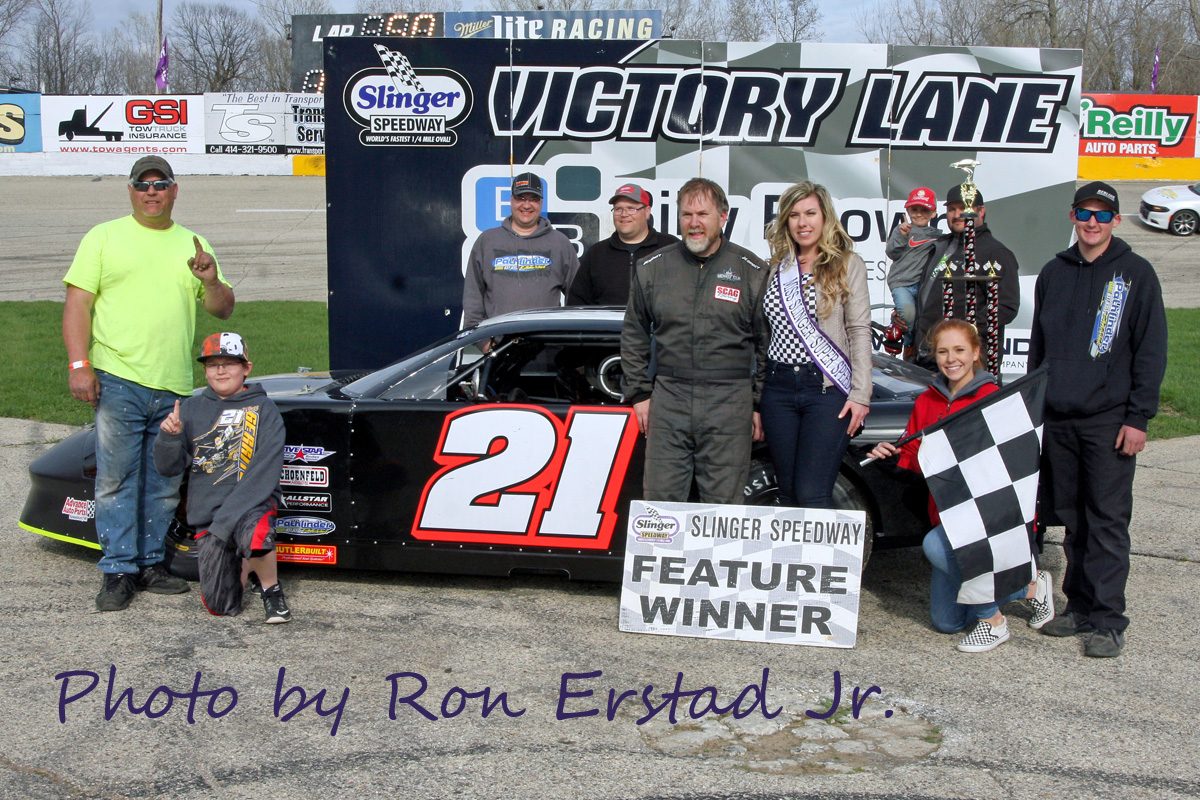 By Dan Margetta
Slinger, Wis., April 28—Dennis Prunty and Alex Prunty split the twin 50-lap super late model features Sunday afternoon at the Slinger Super Speedway as each captured a victory in the season-opening events with Dennis Prunty claiming the overall crown with his first and second place finishes.
Mike Held paced the first eleven laps of the opening 50-lap super late model feature before Dennis Prunty was able to charge to the top spot on a restart following a caution flag. Once out front, Prunty extended his lead while Steve Apel moved into second place and began to track him down. While Apel was able to close in slightly, Prunty remained unchallenged and drove to the victory, leaving Apel to settle for second place. Brad Mueller held off a struggling Alex Prunty to finish third while Chris Blawat rounded out the top five. Mike Held finished sixth followed by Conrad Morgan and Tim Lampman in seventh and eighth respectively. Ryan DeStefano and Rich Loch rounded out the top ten.

Things went much better in the nightcap for Alex Prunty as he steadily worked his way forward from his sixth starting spot as Ryan DeStefano paced the opening laps. Tim Lampman took a turn at the front of the field on lap ten as Alex Prunty advanced his way around DeStefano and into second place. Prunty charged around Lampman two laps later and then held off challenges from Lampman on two subsequent restarts to take command of the race. Dennis Prunty quickly raced from his ninth starting position and into third just before the halfway point while Steve Apel was also on the move as he steadily picked off cars to advance forward. With Alex Prunty still showing the way, Dennis Prunty took over second place and tried to make up time as the leaders encountered lapped traffic. Alex Prunty worked the traffic well as Apel closed on Dennis Prunty for second in the waning laps. The battle between Apel and Dennis Prunty for second allowed Alex Prunty to edge away and he charged to the victory as Dennis Prunty held off Apel for second. Rich Loch finished fourth and Tim Lampman capped off a strong run with a fifth place finish. Mike Meyerhofer took the checkered flag in sixth followed by Brad Mueller and Conrad Morgan while Jeff Holtz and Bobby Kendall completed the top ten finishers.

Ryan Lovald won the Bar Car race and also took top honors in the Figure 8 race to close out the afternoon. 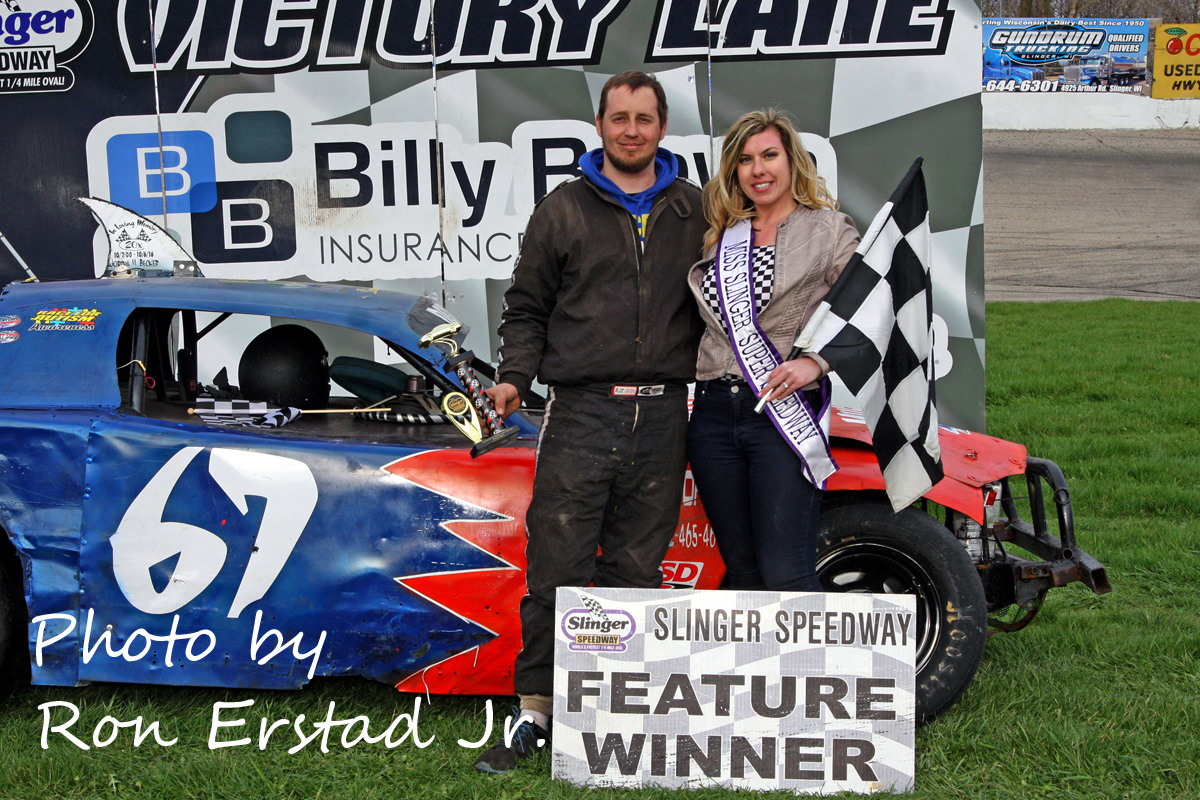 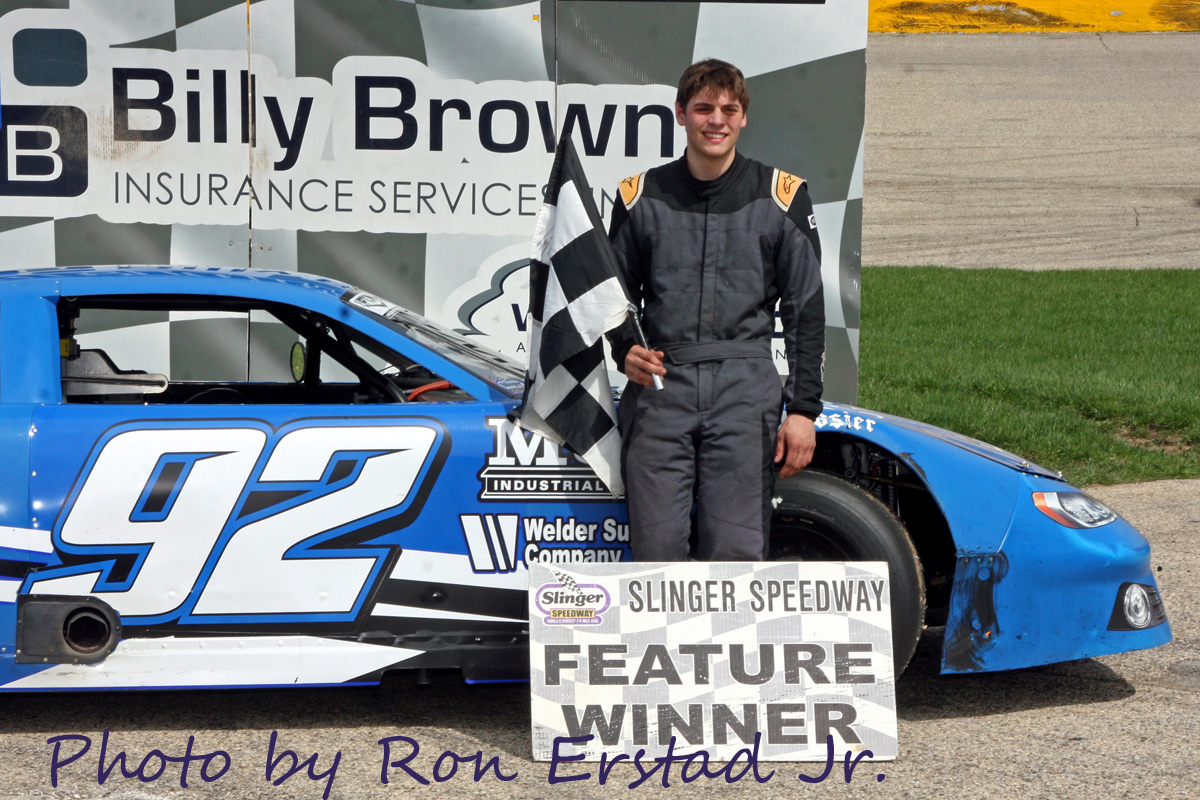 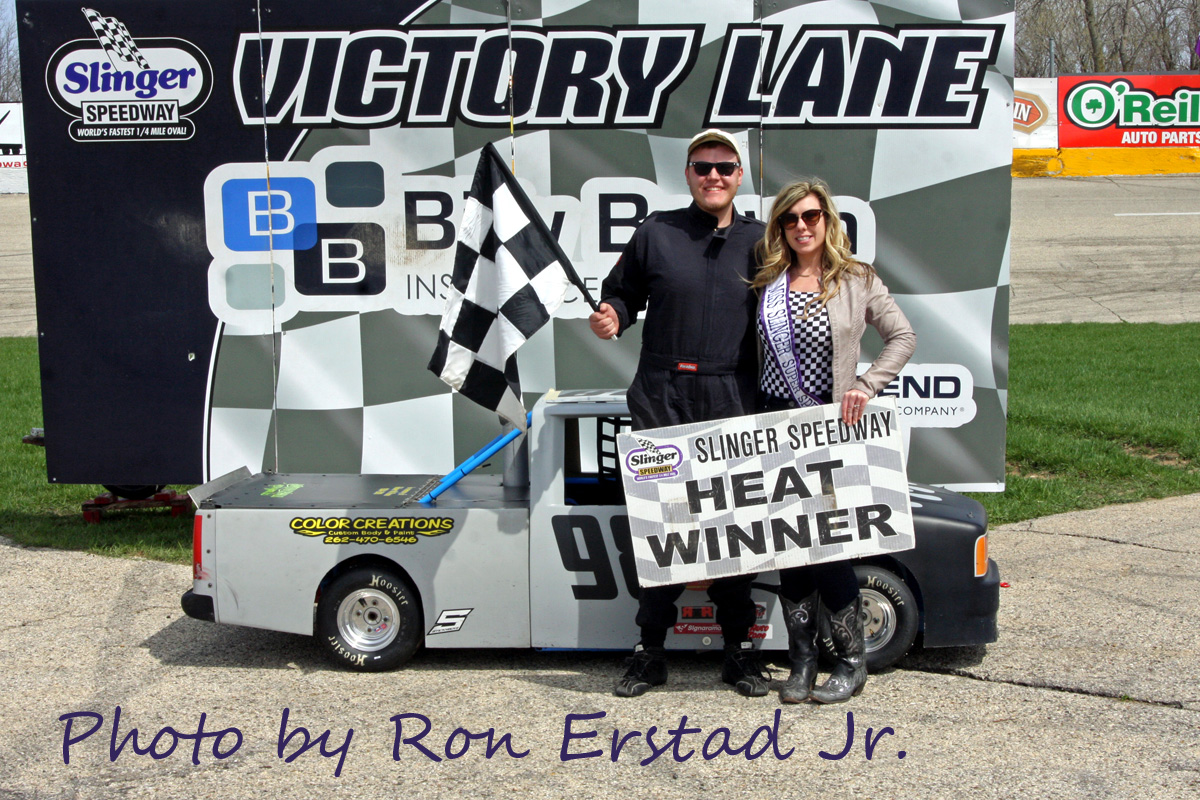 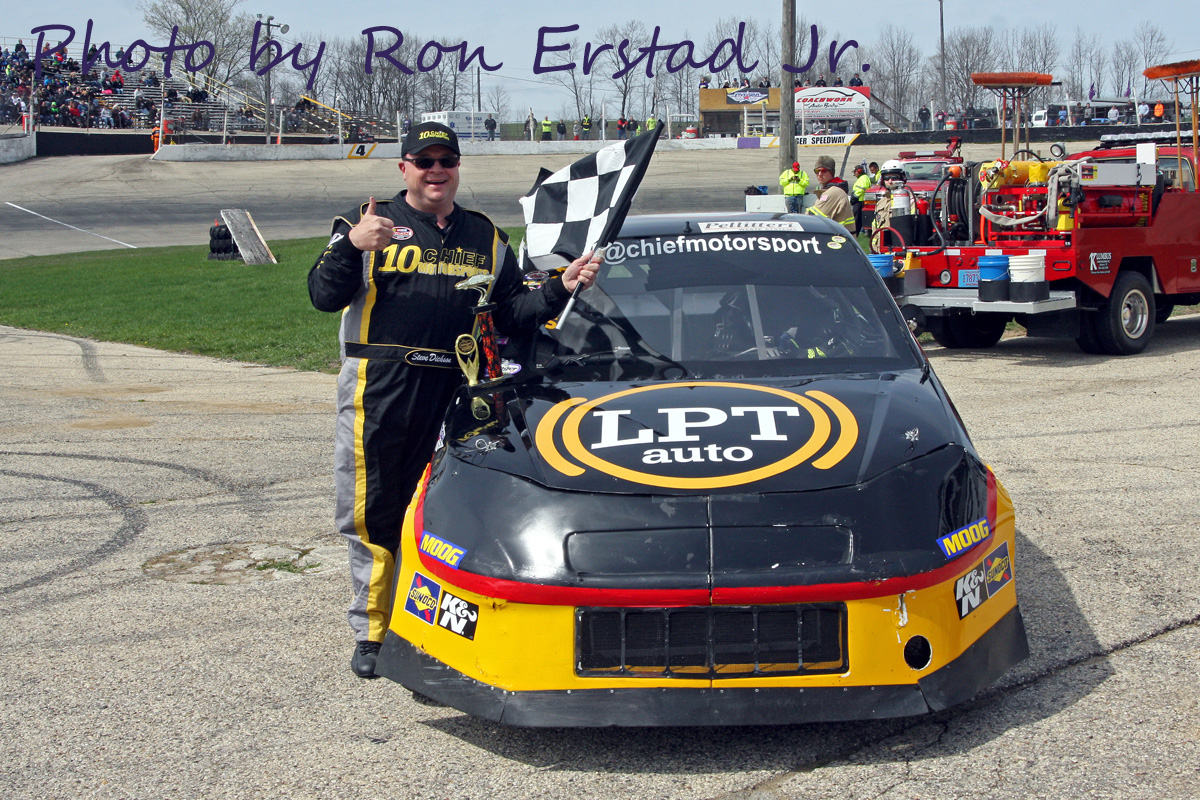 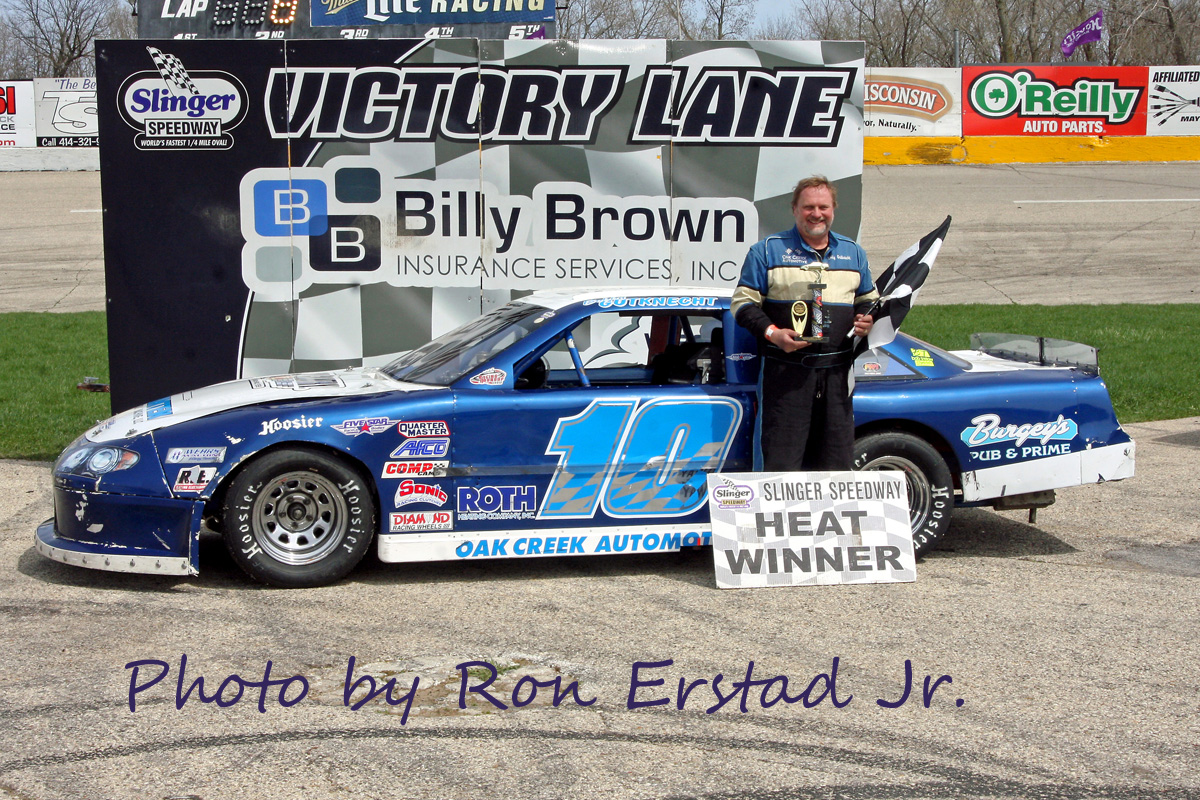 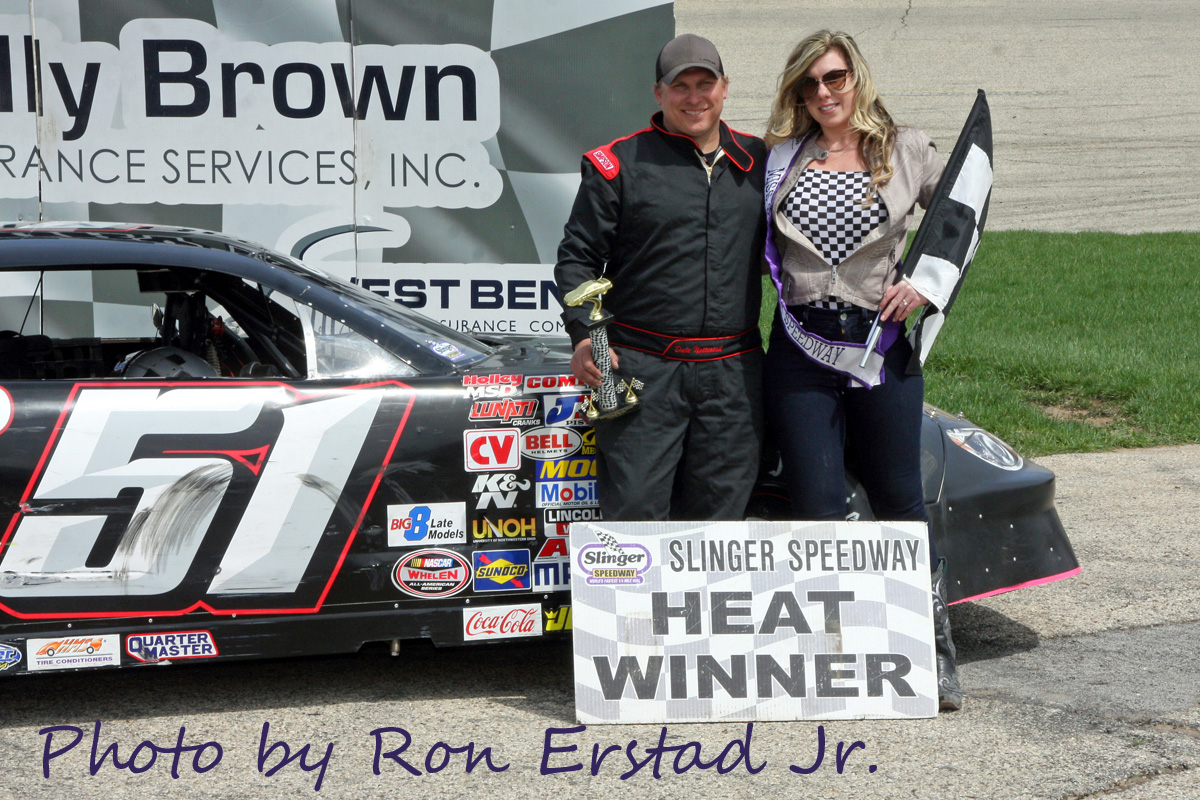 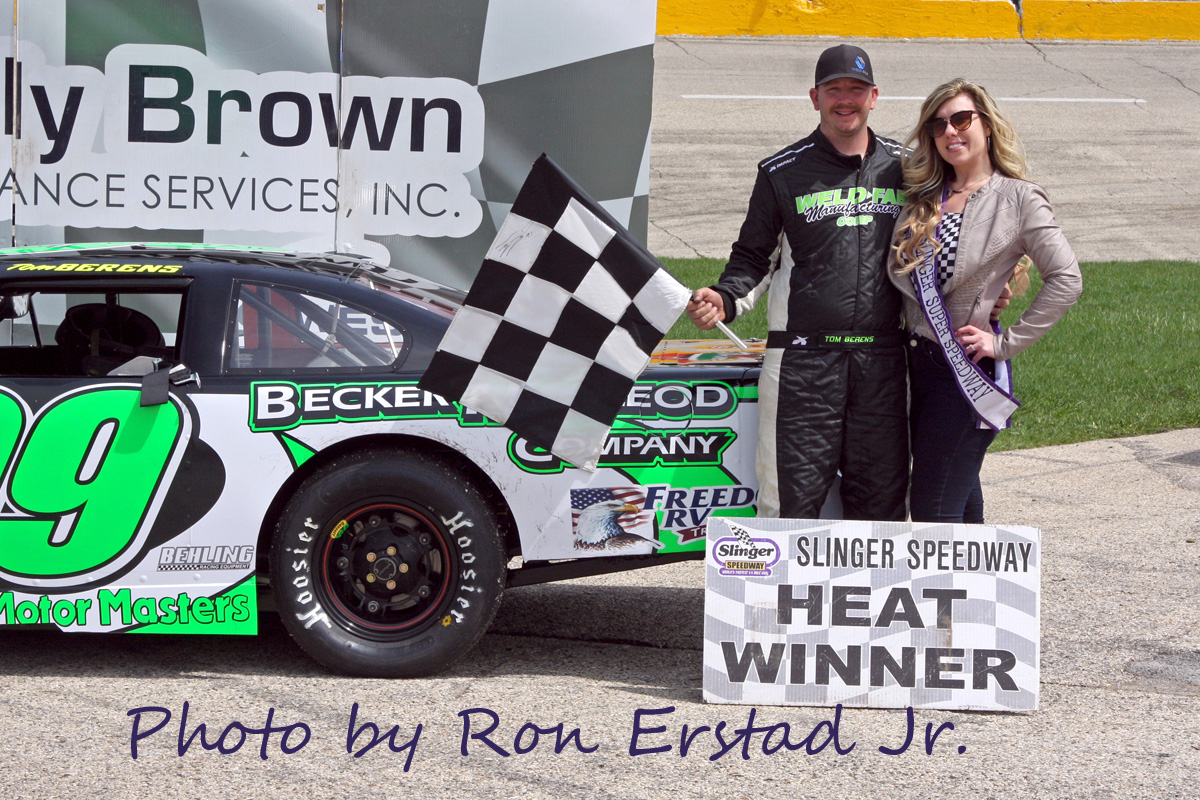 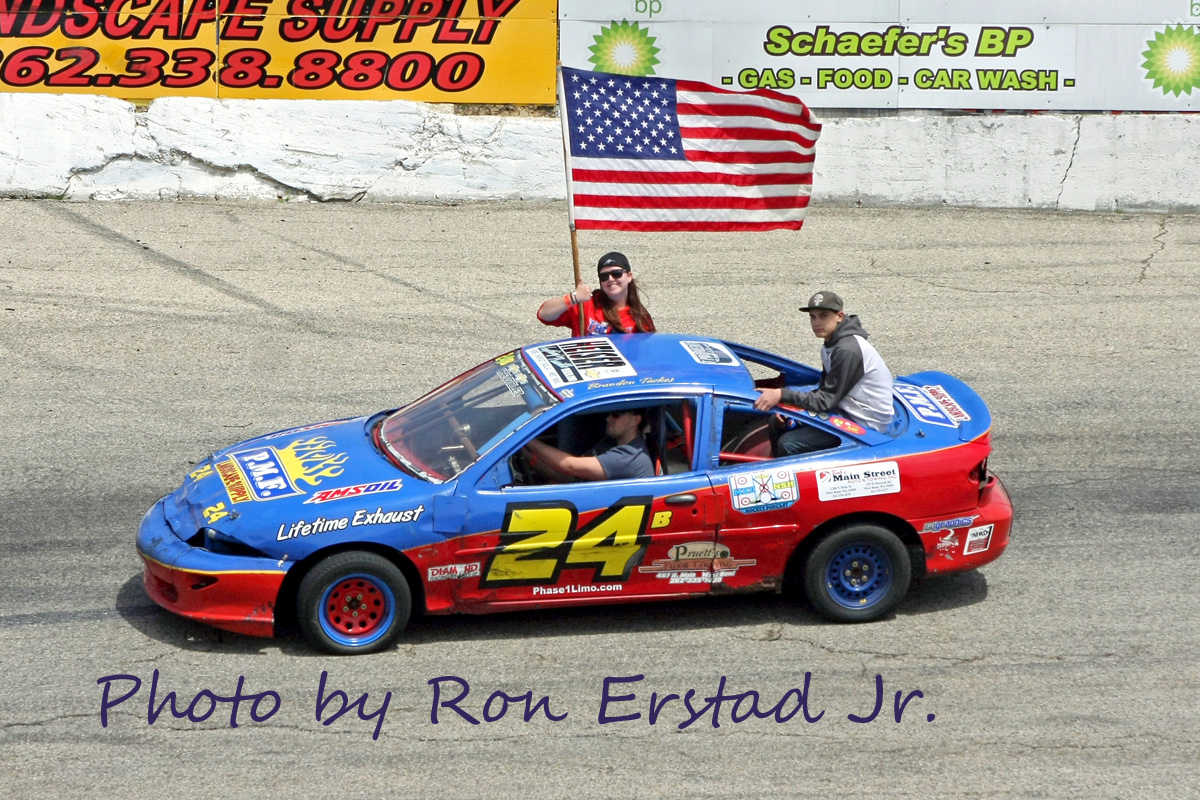 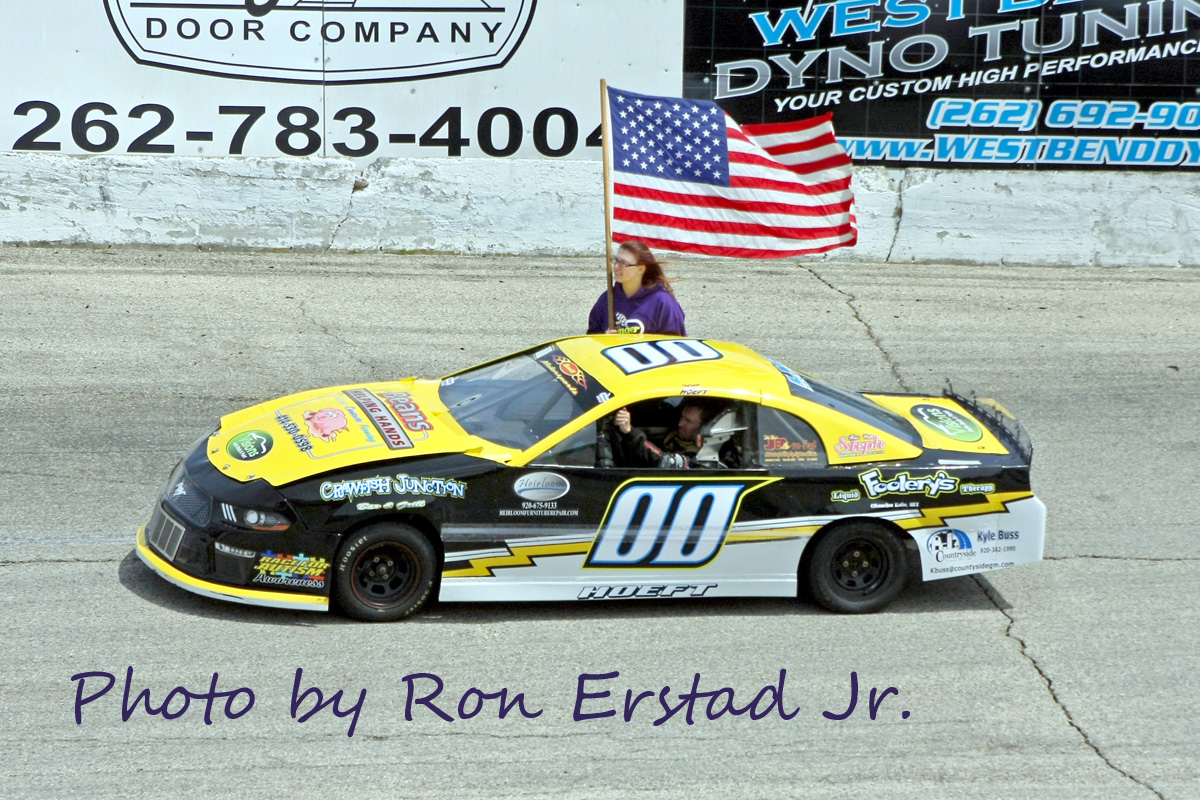 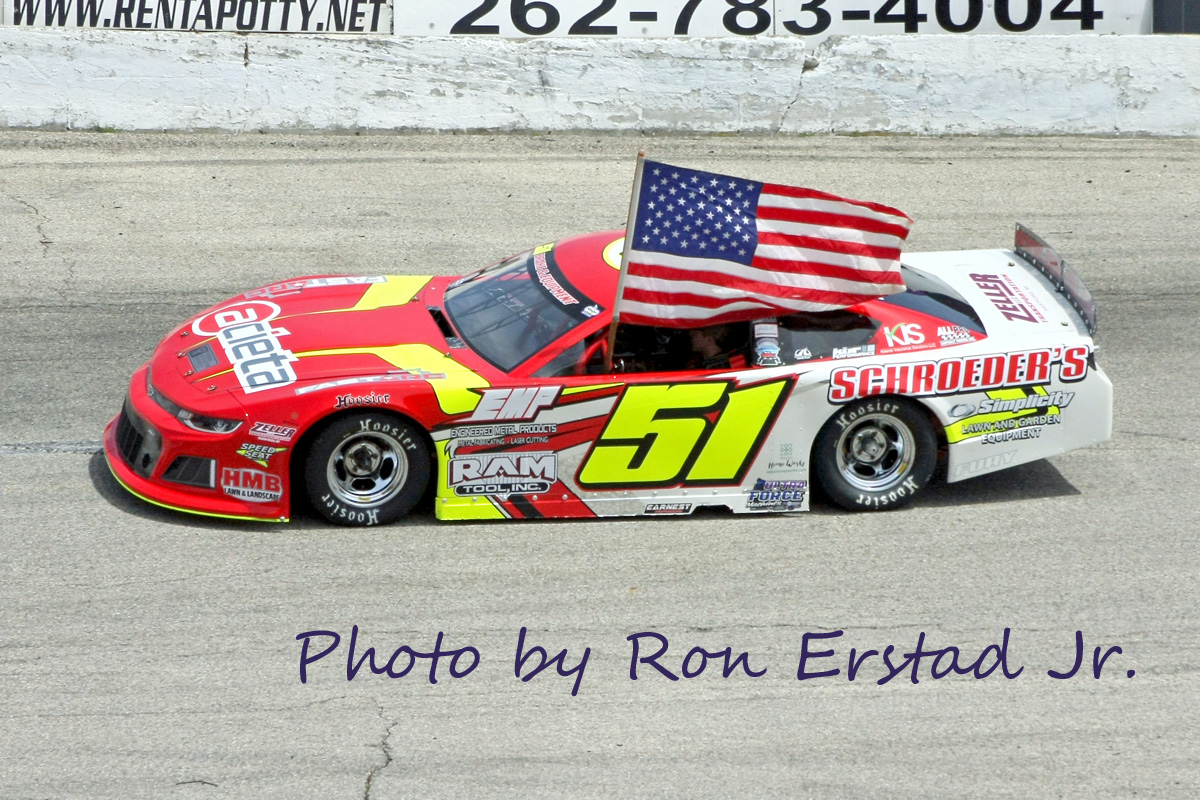 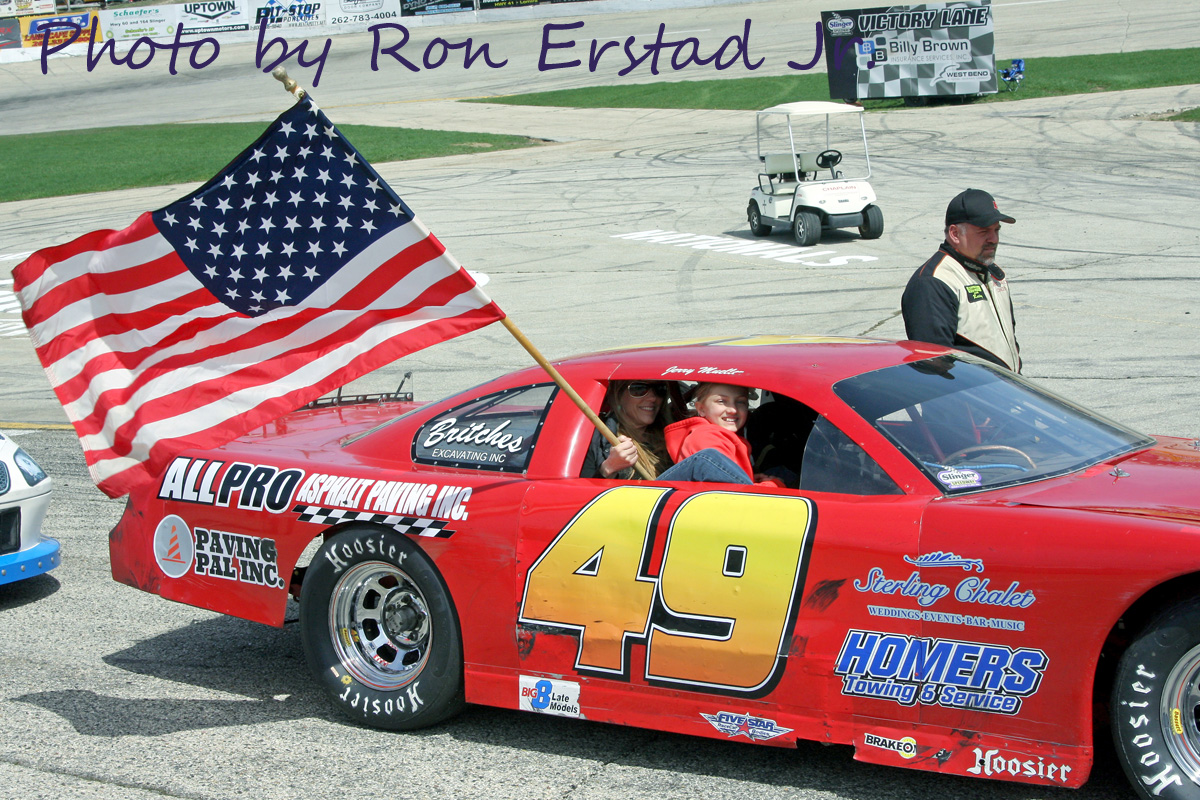 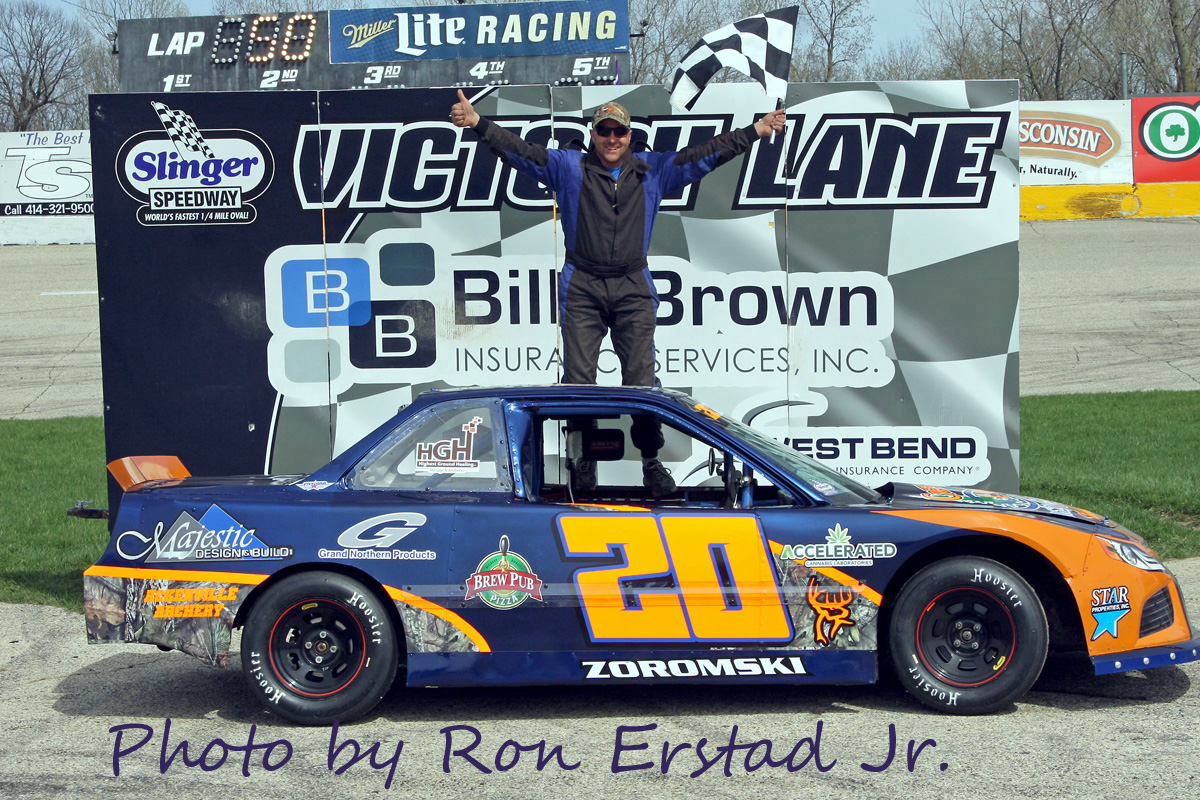 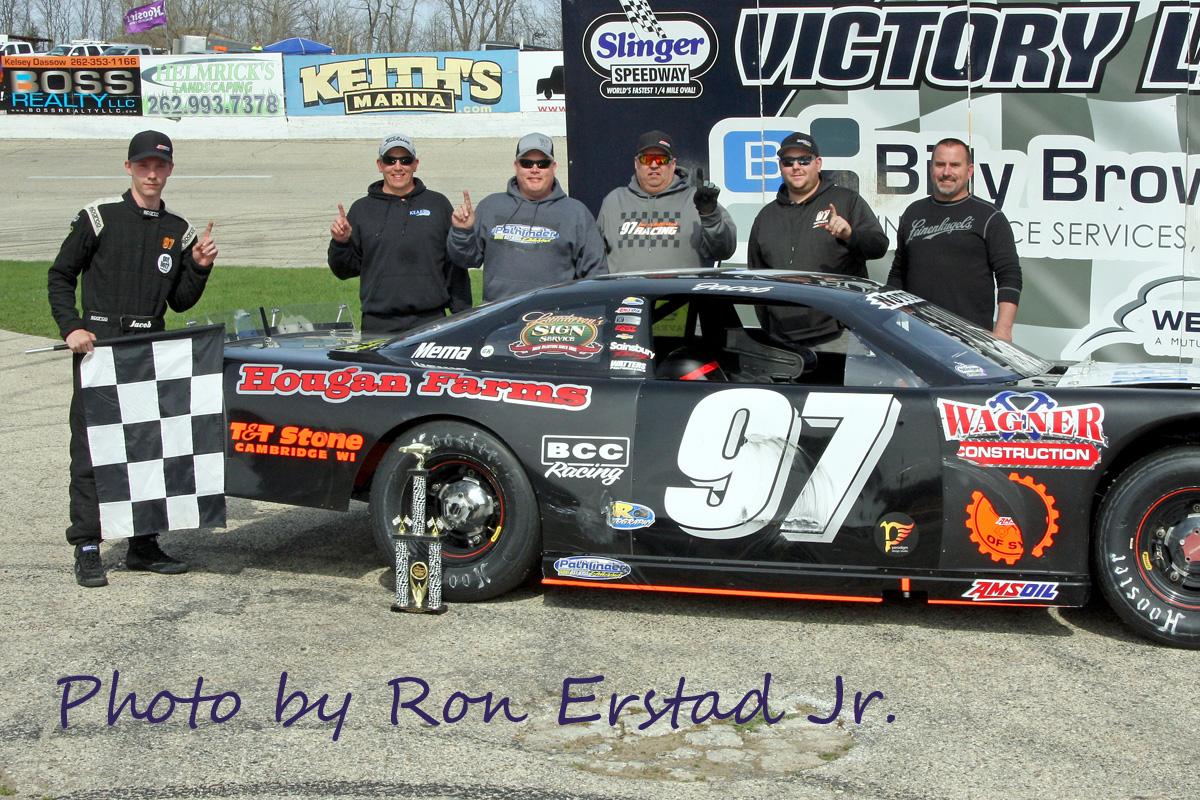 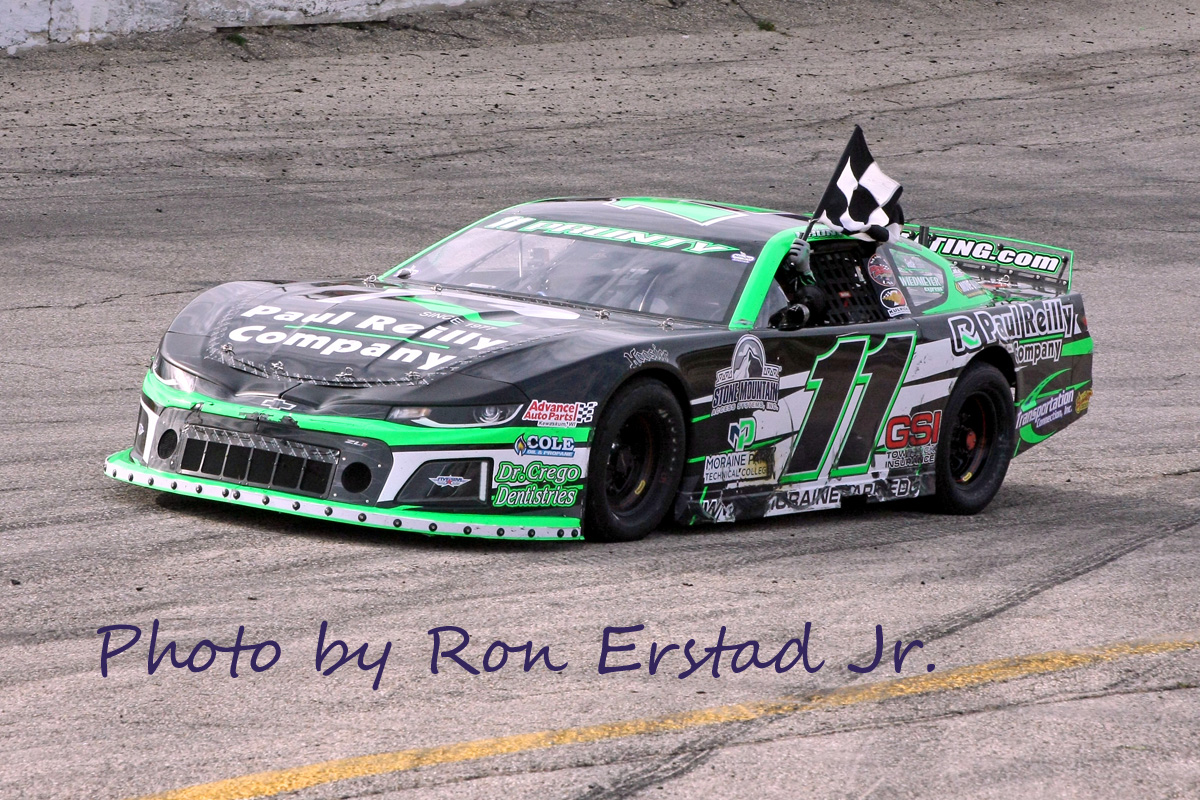 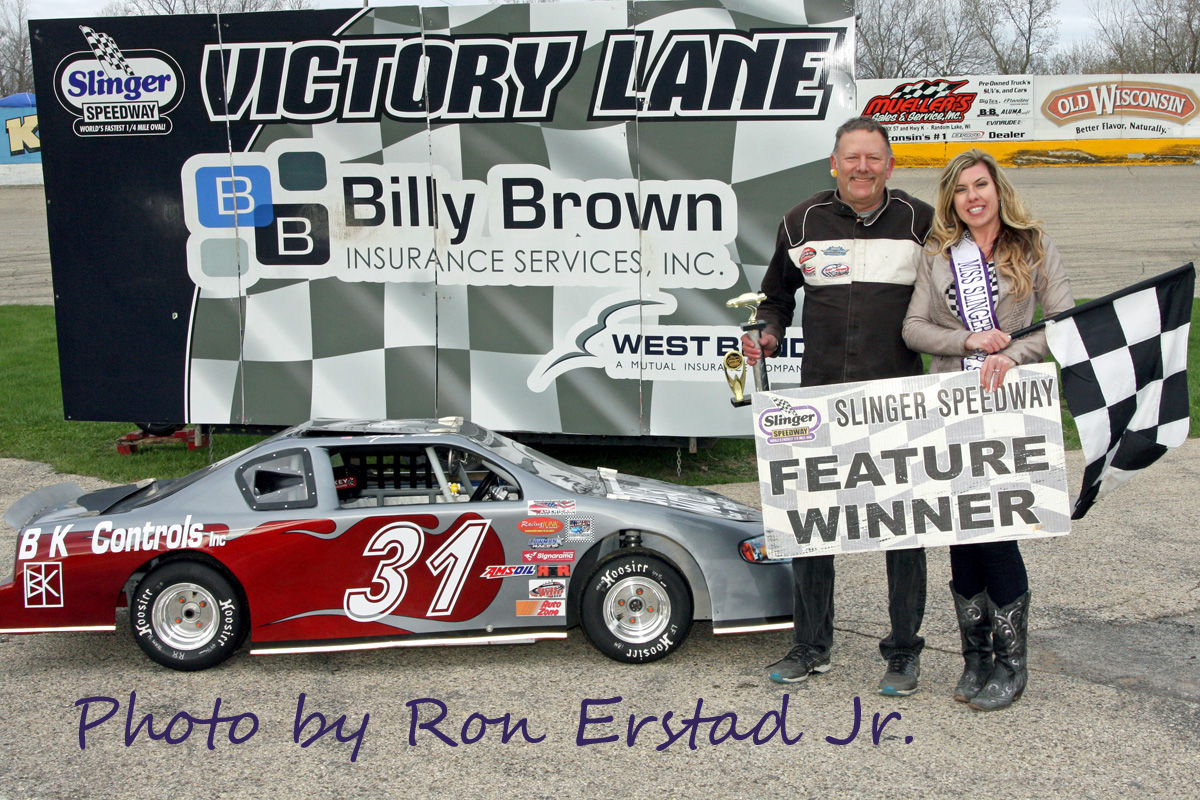