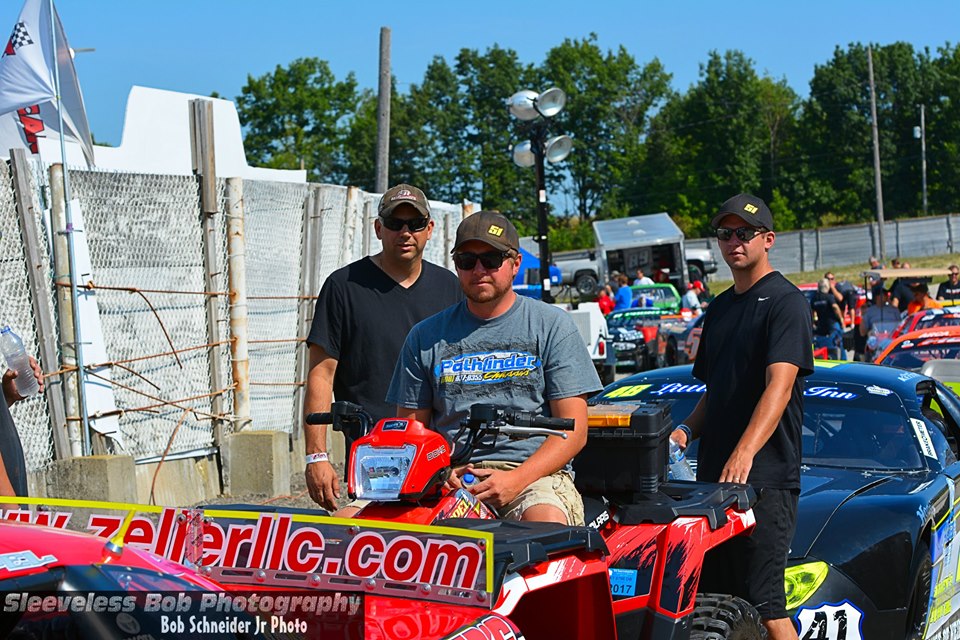 See Jared back behind the wheel in tomorrow’s Slinger Enduro 200!
Gates open at noon, racing starts at 2pm
200 laps of constant action!

How did you get into racing?
My dad used to take us since we were out of diapers. We started helping out Fred Winn when we were little kids. Then we were on Team 16 Motorsports from the age of 10 until 25. That’s how I started racing – in a 4-cylinder that DelCamp’s bought. Steve and I split seat time in it – me one week and him the other. We did that for a full season.

Who is your favorite NASCAR (or other pro) driver?
Probably Kyle Busch because he doesn’t care about what other people think; he just goes out there and does his best. If he can’t do his best, he blames it on someone else.

What do you like about Slinger Super Speedway?
The competition is really good; it’s the best track to race side-by-side. It’s also the best place to watch racing for a fan. If we aren’t racing, we still go to watch because it’s always good racing.

When’s the last time you were behind the wheel of a racecar?
2008, in a limited late model. It didn’t end well. [Do you want to elaborate on that?] No, let’s leave it at that.

Why this enduro?
Enduros are fun to run! It kind of came together last minute, we heard Slinger was having this Enduro. We didn’t have a car, so started looking for one and found a pretty good deal on one so said we might as well just go do it. Steve and I split the cost of it, and he plans to race it once after I’m done. Hopefully.

Anything you are…
…nervous about?
I am a little nervous because it’s going to be a lot different – I haven’t raced in 10 years. I just hope I make it to the starting line. I get nervous really easy, so it’s hard for me.

…excited about? I am excited to hopefully run up front. I think we have a really good car; we replaced a lot of the worn out stuff. Tom Berens is helping out so if I don’t run up front, it’s Tommy’s fault.

Who do you need to thank?
Steve for splitting the car with me and believing in me. Tommy for his help and knowledge of 4-cylinders. My wife, Heather and son, Aiden for allowing me to race. My dad for paying for a steering wheel. George Forge for all his knowledge. Dave Gauthier for all the help with the greasy stuff. Dan and Sonya DelCamp – without them I wouldn’t have been able to race.

What is your real job?
I’m an estimator at a metal fabricating company, Engineered Metal Products in Jackson.

What is your favorite memory at Slinger?
When we won our first championship with the Super Late Model in 2013. It was a fun season; we won a lot that year and it was just a good team effort!

Which Slinger driver (past or present) do you respect the most?
Conrad Morgan, Mike Egan, and Fred Winn
Conrad: He’s still a top 5 finisher at 70 years old
Mike: He’s just always been super nice, very friendly, and he races us really clean
Fred: He likes having fun! He might not finish the best, but he’s still trying hard to do well. 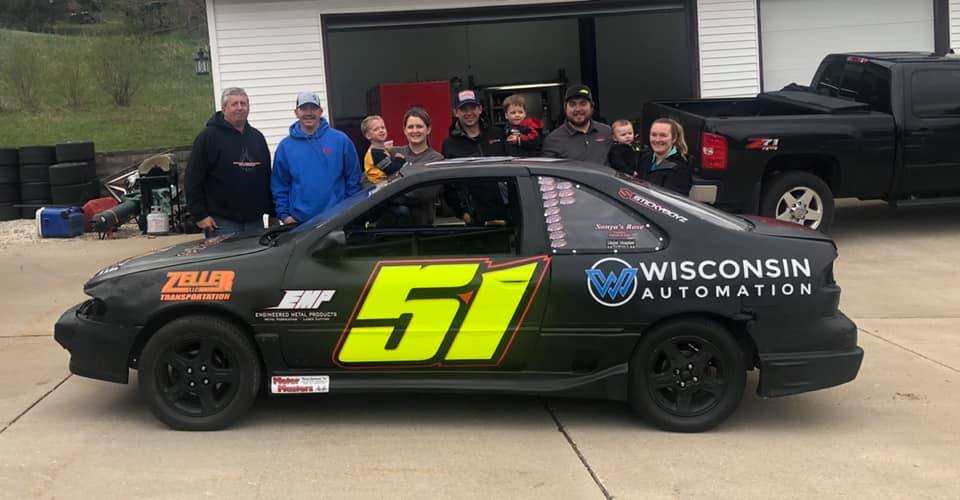