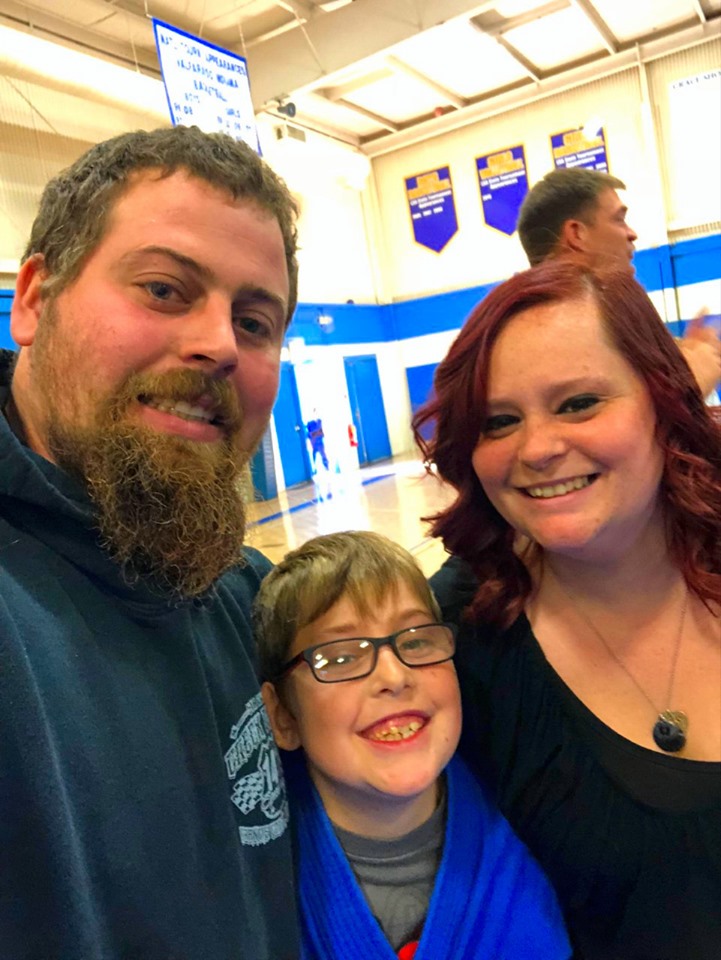 How did you get into racing?
Well, how I got into racing was I started going to Slinger and kept saying to myself, “Hey, I want to do that.” After spectating for six or seven years, I finally bought a Slinger Bee in late 2008. We actually had a little leftover money from a family trip that bought me a car.

Who is your favorite NASCAR (or other pro) driver?
Dale Earnhardt, Sr – he always raced everybody hard and left everything on the track.

What do you like about Slinger Super Speedway?
I like Slinger for all the banking, the speed you can carry through the corners, and how it sucks you into the seat. Plus everybody I’ve known there is willing to give a helping hand. You can be enemies, competitors, or whatever – everyone is there helping.

Who do you need to thank?
My wife, Misty, for dealing with all the hours in the garage even with her being eight months pregnant. My son, Owen, for sacrificing instead of going everywhere else. My mom, Linda Anderson; dad, Daryl Benn; stepdad Rob Anderson; Allen Maher; Bill Ostovich; and all the people that have helped me out on cars this year. Plus my sponsors Brake & Equipment (Butler) and PMF Landscape Supply (West Bend).

What is your real job?
I am a diesel mechanic/fabricator for Brake and Equipment, been there for a year and a half.

What is your favorite racing memory at Slinger?
I have a lot of good memories! For my favorite, I would have to say when I won my first Thunderstock feature in 2011. I didn’t have the greatest tires, didn’t know a lot about it….we were struggling. But I led most of the race and it was Al Stippich and I to the line. I won by a bumper!

What made you decide to run a second division?
I had a chassis sitting in my garage. Ryan Lovald, Nick Ostberg, and Russ Lorbiecki kept saying you have to try it [Figure 8 racing]. I thought, if I can get the car done halfway through season, I will run it. Then Nick messaged me the second week of Slinger and said, “Scratch that; I’m going to bring you a car. You can’t race for points if you aren’t there.” He brought his backup car for me to run and told me to keep it until mine was done. Then he blew his motor, so we built my car in one week. I can’t tell you how many hours we spent – it was exhausting. But I’ll race anything, I don’t care.

You are currently driving your wife’s Bee because you have a blown motor in yours. How did you meet Misty?
We were high school sweethearts. Sophomore year we met, and started dating in senior year. We’ll be married 12 years in February.

Which Slinger driver (past or present) do you respect the most?
Hands down, Al Schill! Ever since I started going to Slinger, he was my favorite racer to watch. Every time I saw him, he was a clean driver; he used his front bumper here and there, but every racer does. He was never afraid to jump to the outside to pass cars instead of driving through them. 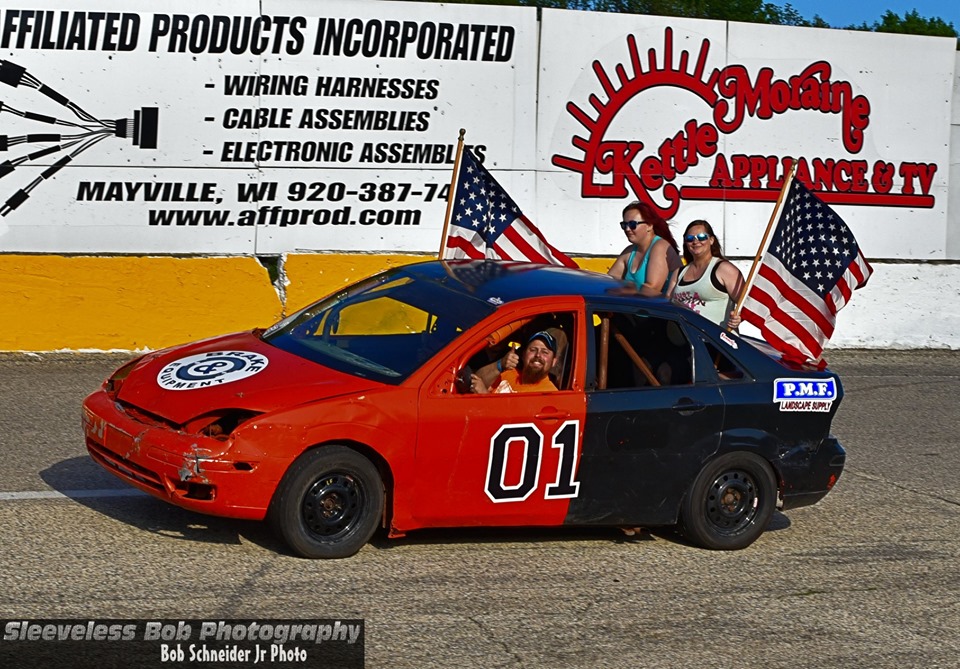