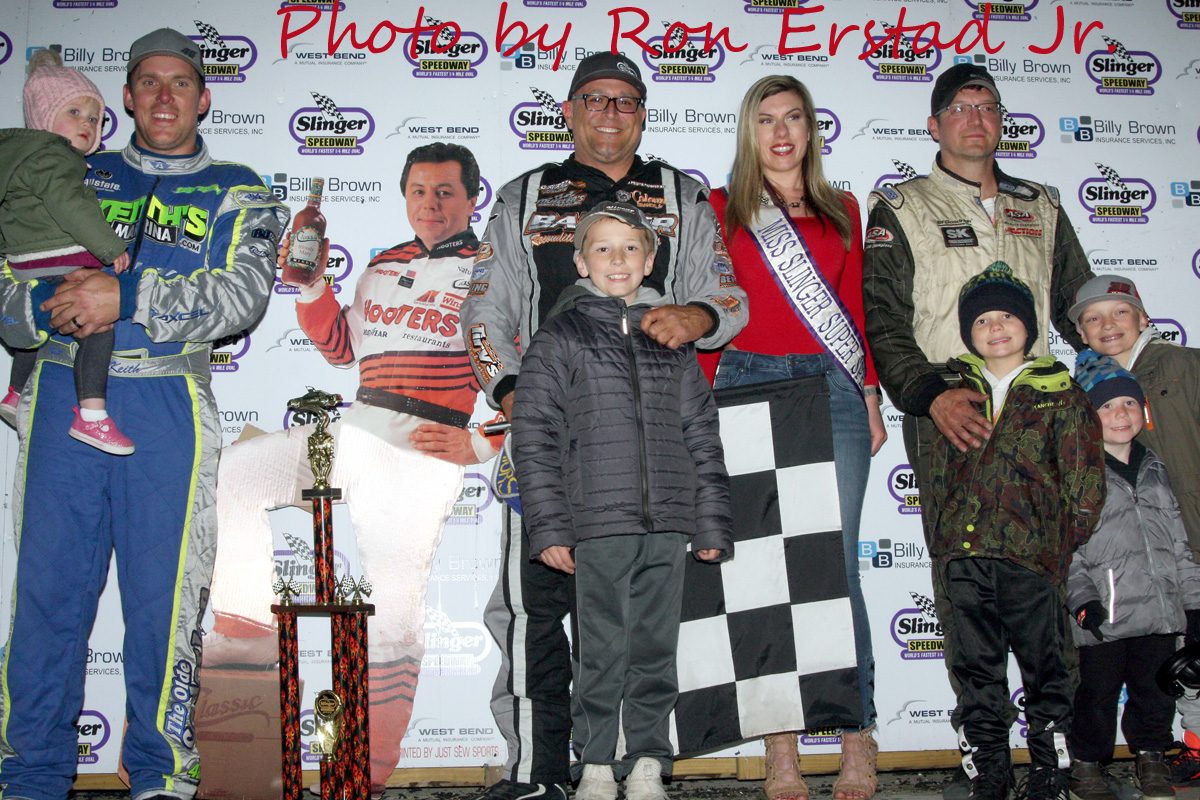 Slinger, Wis., June 2—Brad Mueller has been unstoppable lately as he won the 75-lap Alan Kulwicki Memorial super late model feature Sunday night at the Slinger Super Speedway for his second consecutive victory at the track and his third within the last week.

“I’ve always said the racing season needs to start on Memorial Day and end on Labor Day and we’ve finally got our act together,” Mueller told the crowd from Victory Lane, after sweeping the racing weekend in the area having won on a dirt track Saturday night and then again on Sunday on the Slinger high-banks.

“I’ll tell you what, I’m only the guy behind the wheel because this car is awesome,” Mueller continued after leading 45 of the 75 laps that made up the event to take the checkered flag ahead of Brad Keith and Nick Wagner.
“That old guy (Mueller) can still wheel pretty damn good I’ll tell you,” Keith said after his strong second place finish, “Last year about halfway through the season we kind of clicked on some stuff and it’s taken us a while this year to get back to it but if the car stays like it is we’ll be back up here on the stage.”

“We have finally got something to show for all the hard work we put in,” Wagner stated following his career best third place finish., “It’s good to be able to get a good finish and move on.”

Travis Dassow led the field to the green flag and paced the opening two laps before his car sailed a bit wide turn two, opening the door for Chris Blawat to take the lead on the inside and bring Grant Griesbach along with him. Griesbach pressured Blawat for two laps before he was able to sneak by on the inside as Nick Wagner took advantage of the move to grab second. Wagner began to stalk Griesbach for the lead as Brad Mueller weaved his way forward from his eleventh starting spot to move into third place by lap 20. Wagner was able to edge his way around Griesbach on lap 25 as Mueller closed in and raced in their tire tracks. Mueller’s car worked beautifully on the inside and he nudged his way around Wagner for the lead on lap 30 as Brad Keith joined the lead battle. Behind the top three, Blawat had his hands full with Steve Apel and Alex Prunty as he top six snaked their way around the quarter mile oval. Nathan Matz slid off turn two and into the infield on lap 31 which drew the caution flag and as the leaders slowed into turn three, Blawat became a victim of the accordion-like chain reaction and he spun around, collecting Alex Prunty in the process. While Blawat’s car was able to continue, Prunty’s race was over as his car sat with heavy front end damage.

Mueller was quick on the throttle as racing resumed and he maintained the lead while Keith went to work on Wagner for second. After a few laps, Keith was able to complete the pass but by then Mueller had trekked out to nearly a straightaway advantage. Keith was able to close the gap somewhat in the closing laps as the leaders negotiated lapped traffic but he was never able to mount a serious charge as Mueller drove to the victory. Keith settled for a strong second place result while Wagner capped off his best super late model performance to date with a solid third place finish. Chris Blawat rebounded from the earlier mishap to finish fourth while R.J. Braun turned in his career best super late model run with a strong fifth place finish. Rich Loch finished sixth ahead of Grant Griesbach and Travis Dassow in seventh and eighth respectively while Josh Wallace and Tim Lampman completed the top ten.

Cole Thomas paced the first twelve laps of the race before Jerry Mueller took command on lap 13 as Jacob Nottestad, Jack Stern, and Ryan Gutknecht all gave chase. Mueller led in the closing laps as he tried to fend off challenges from both Nottestad and Gutknecht while Stern remained glued to their bumper. With four laps to go, the cars of Gutknecht and Mueller became entangled coming off turn two which allowed Nottestad to scoot away with the lead and by the time everything sorted out, Stern also shot by for second. Nottestad drove to the victory from there as Stern finished second ahead of Gutknecht in third and Ryan Craine in fourth. Jerry Mueller finished fifth.

Cole Thomas and Jakob Hassler each won late model heat races and Jack Stern was the fastest qualifier at 12.072 seconds.

Craig Lager won the Vintage car race and James Poleske drove the victory in the Bar Car event. Rick Bruskiewicz took the win in the Figure 8 race to close out the evening. 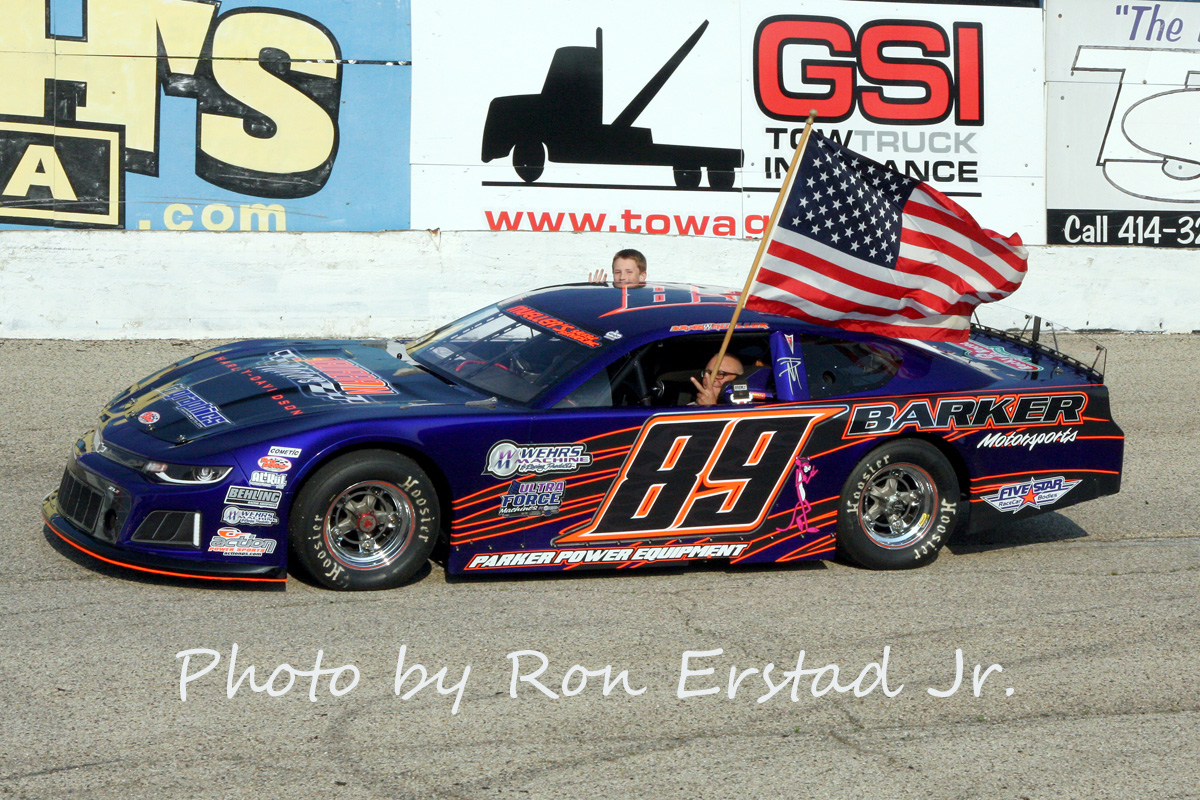 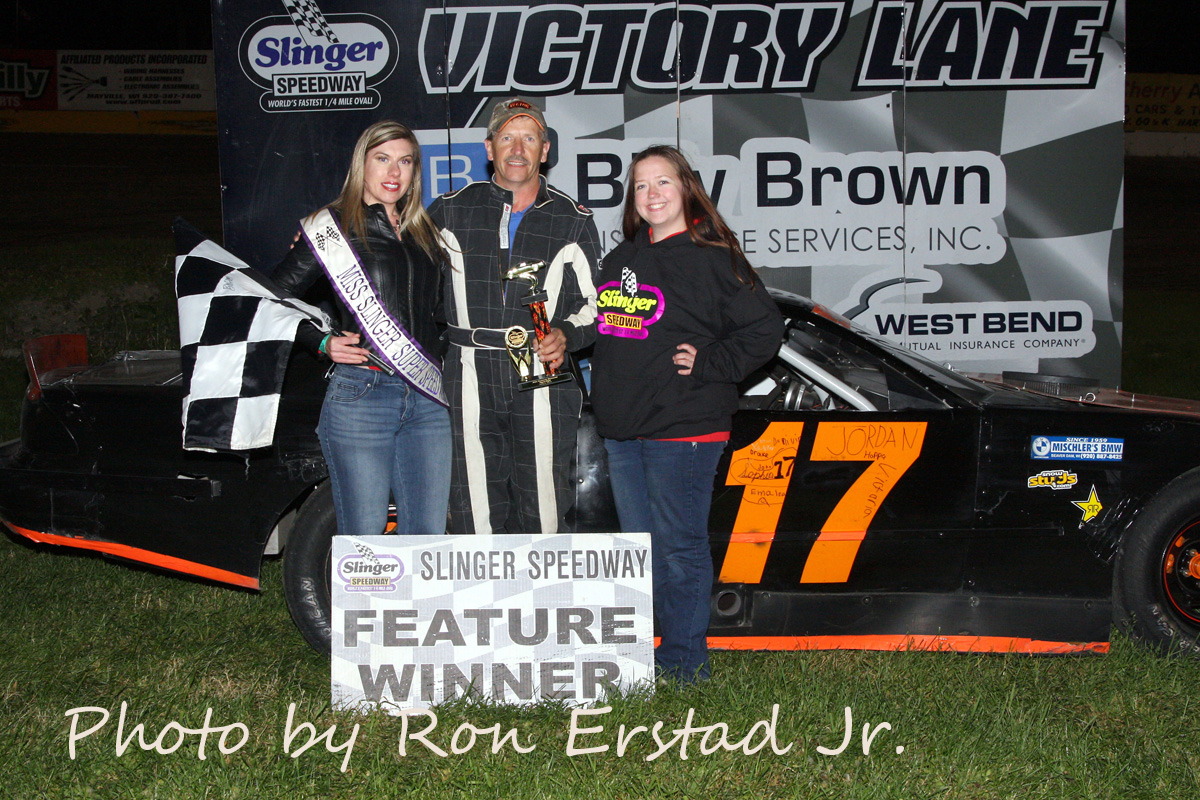 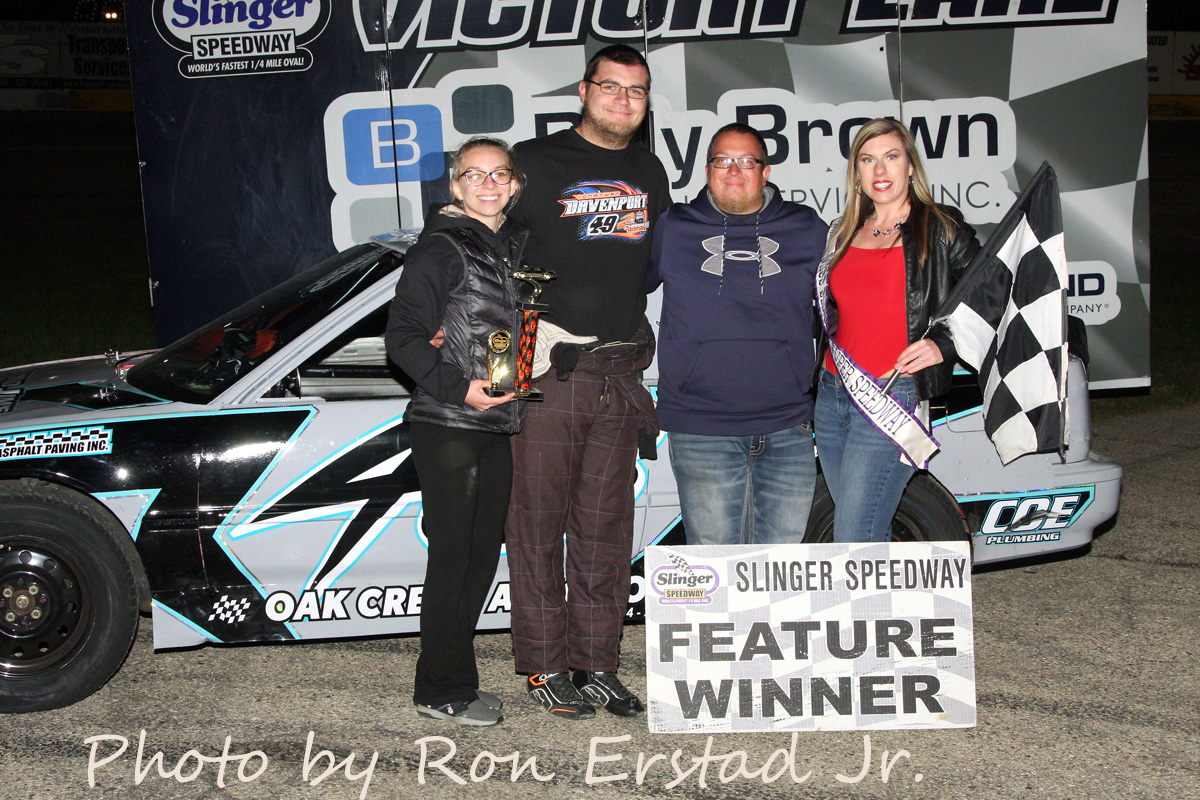 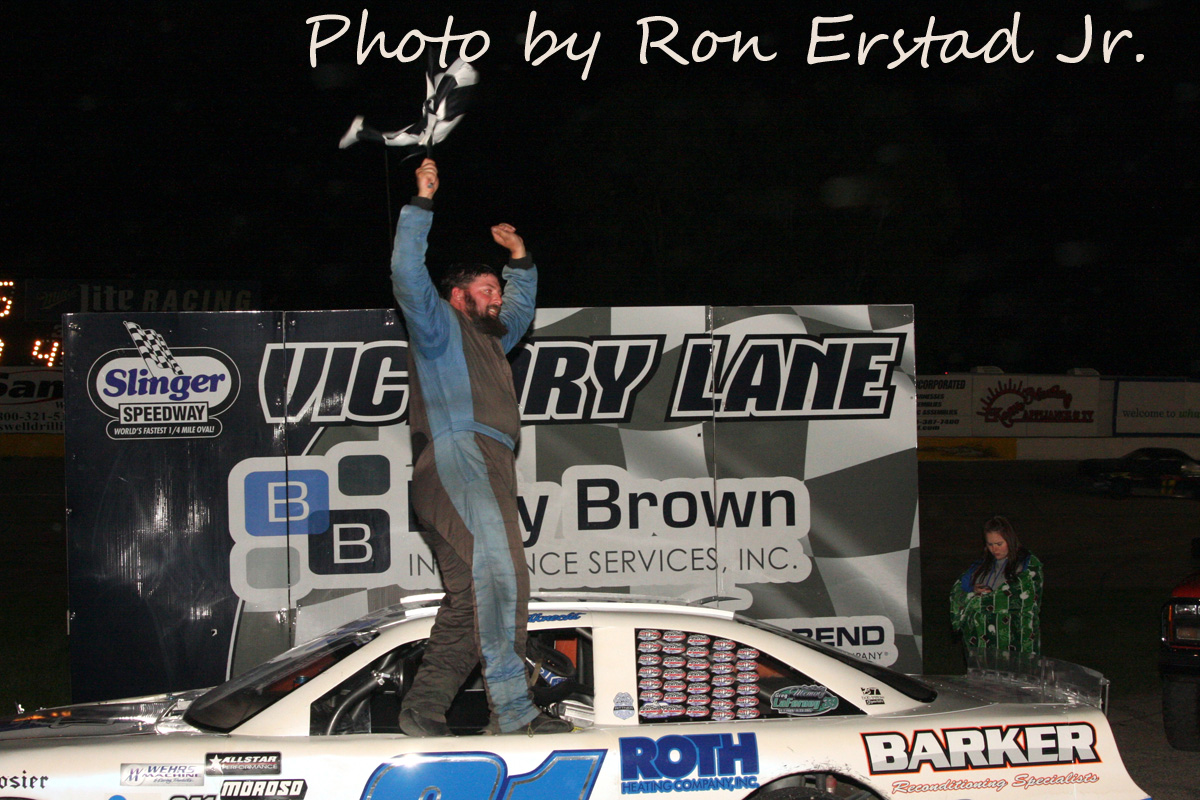 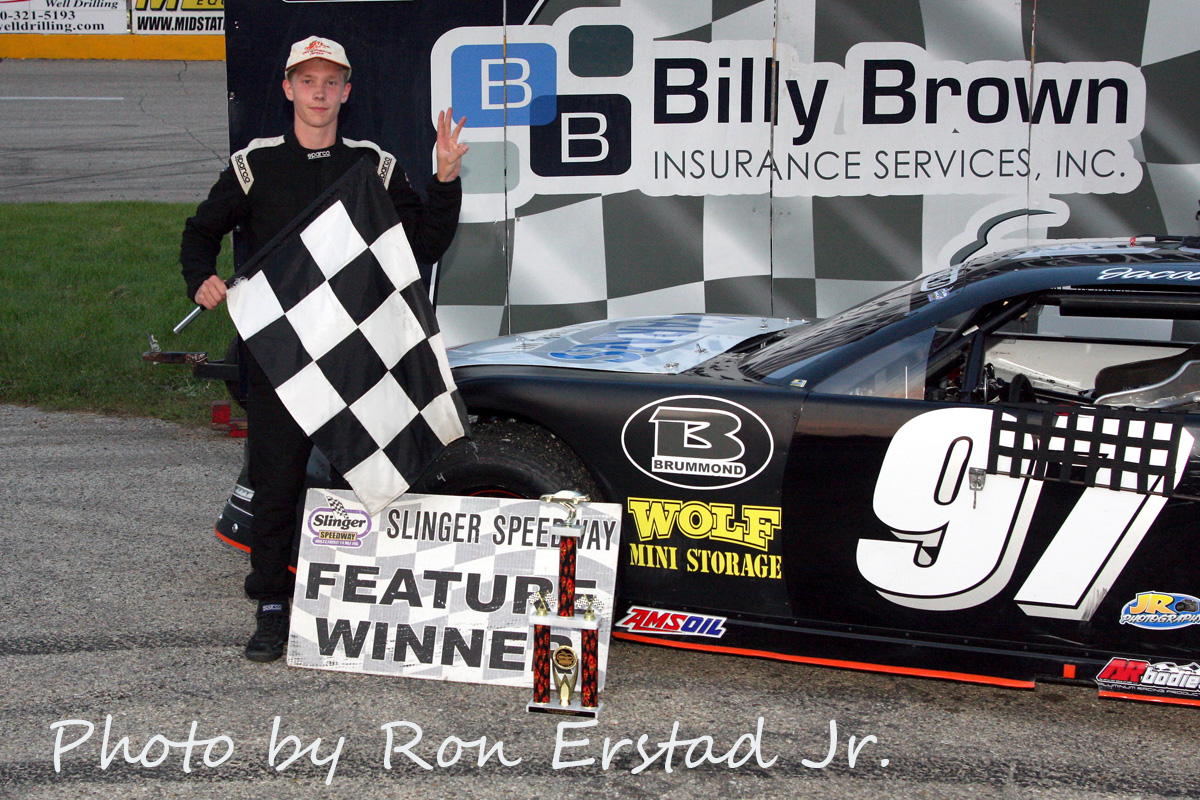 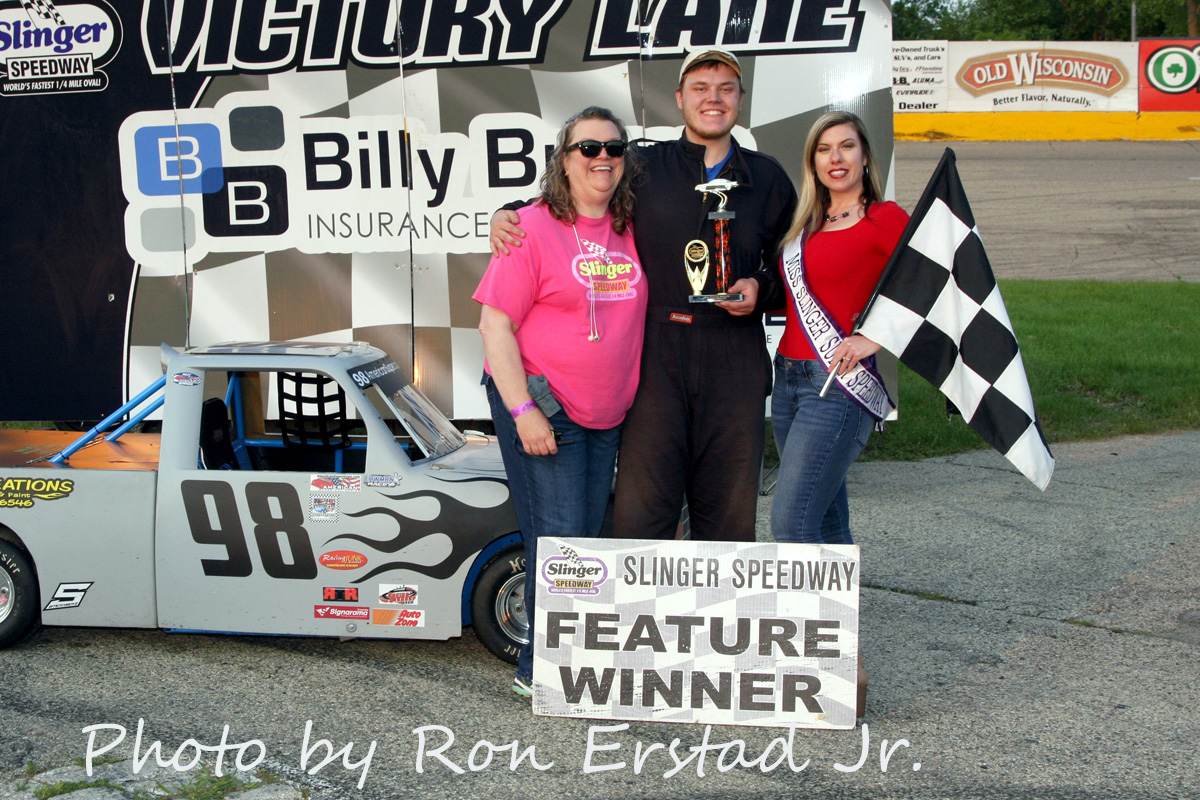 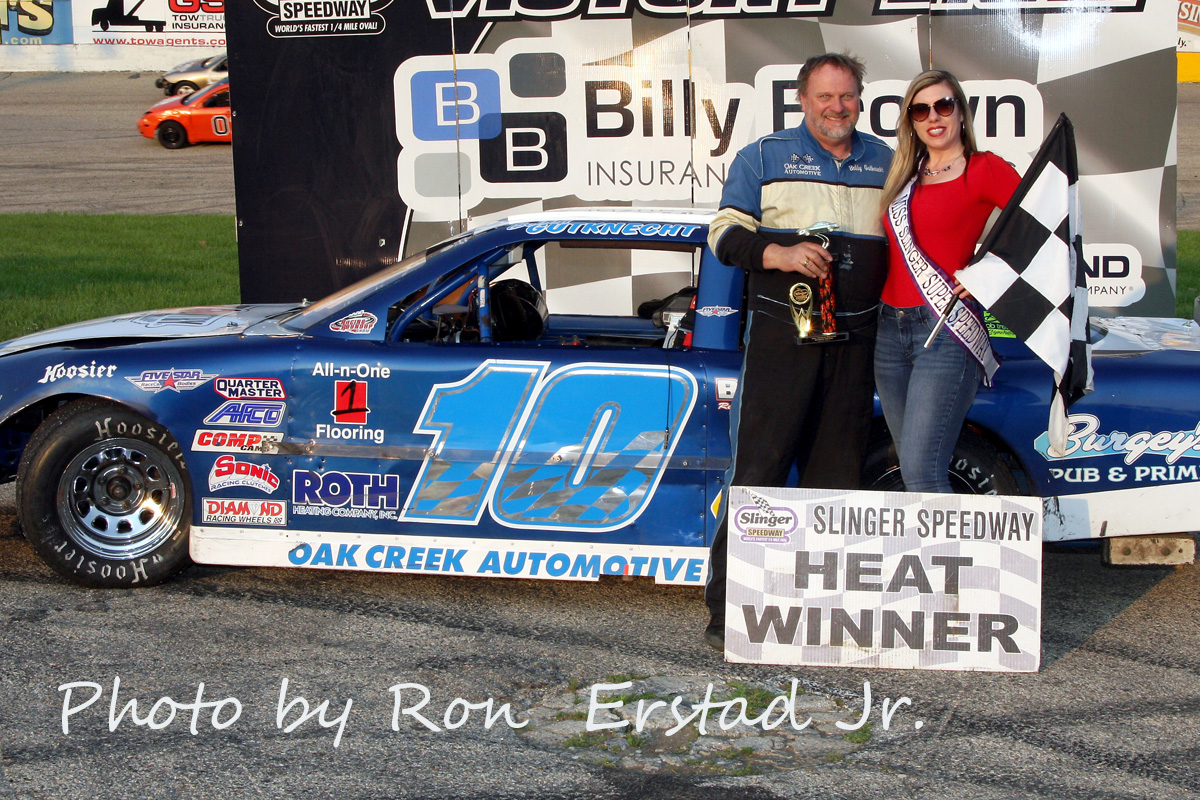 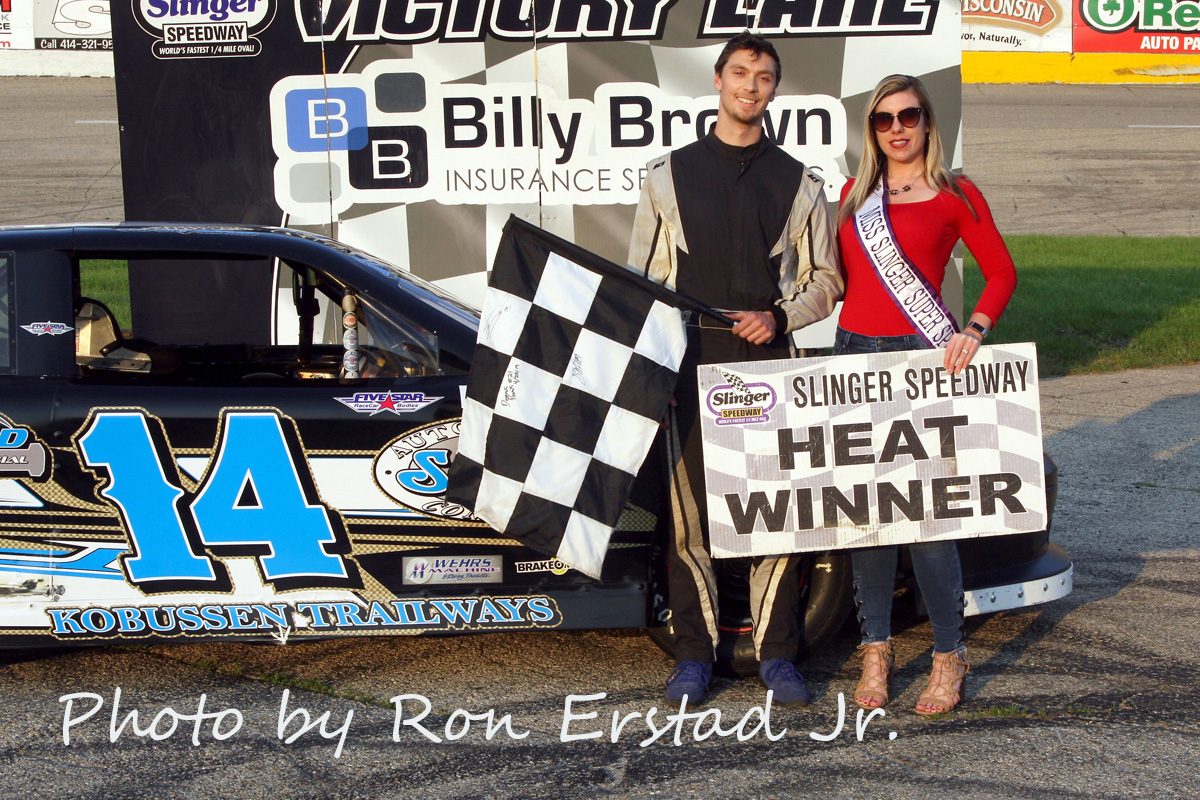 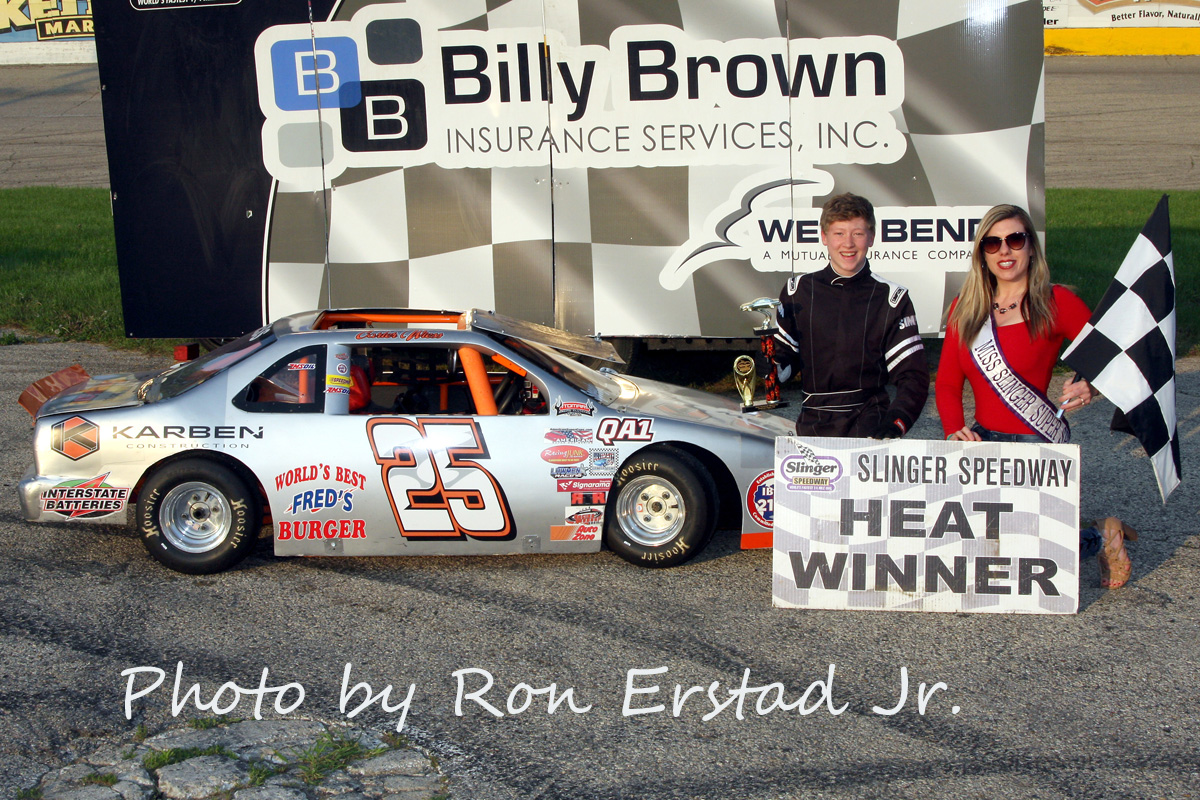 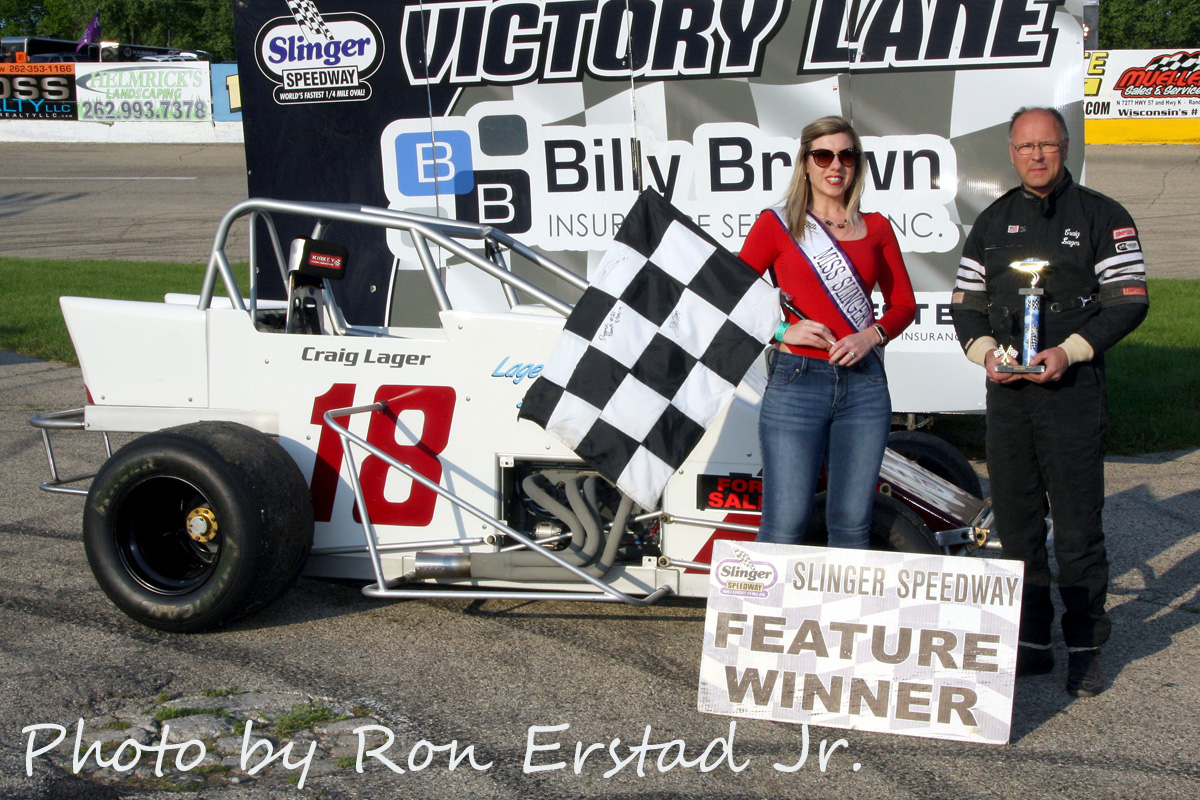 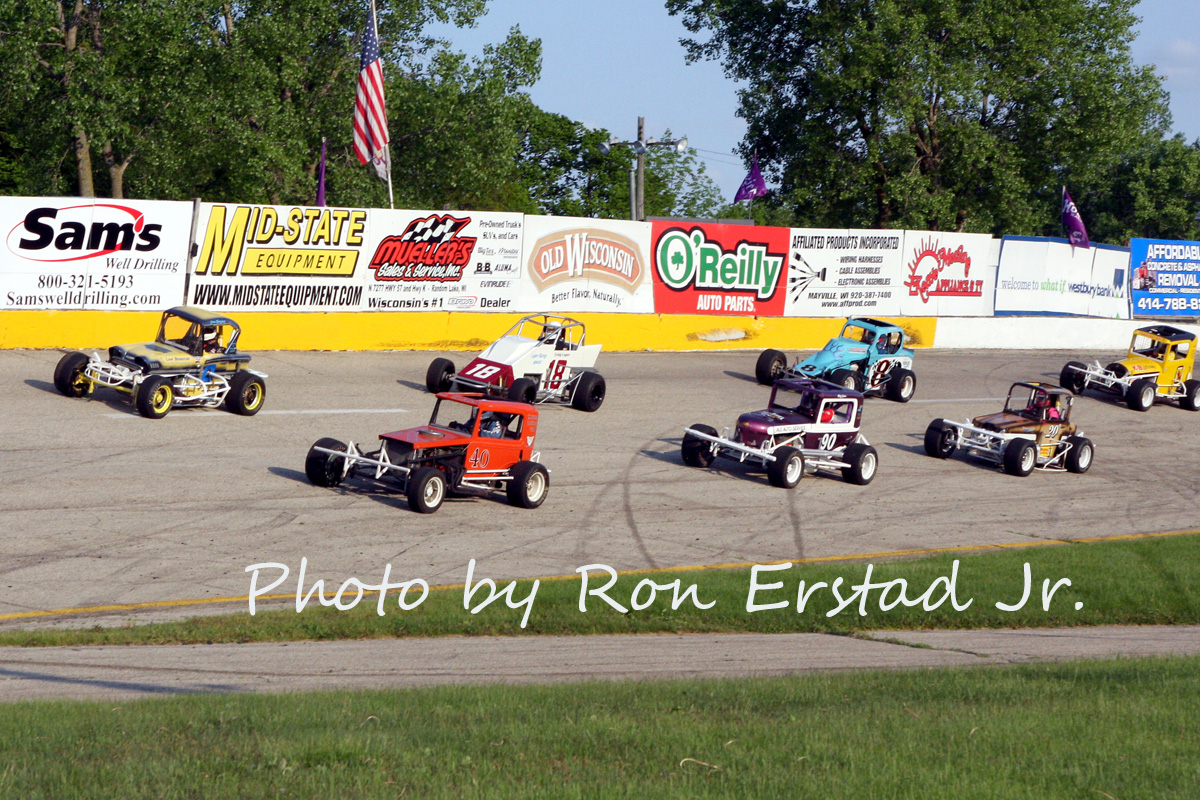 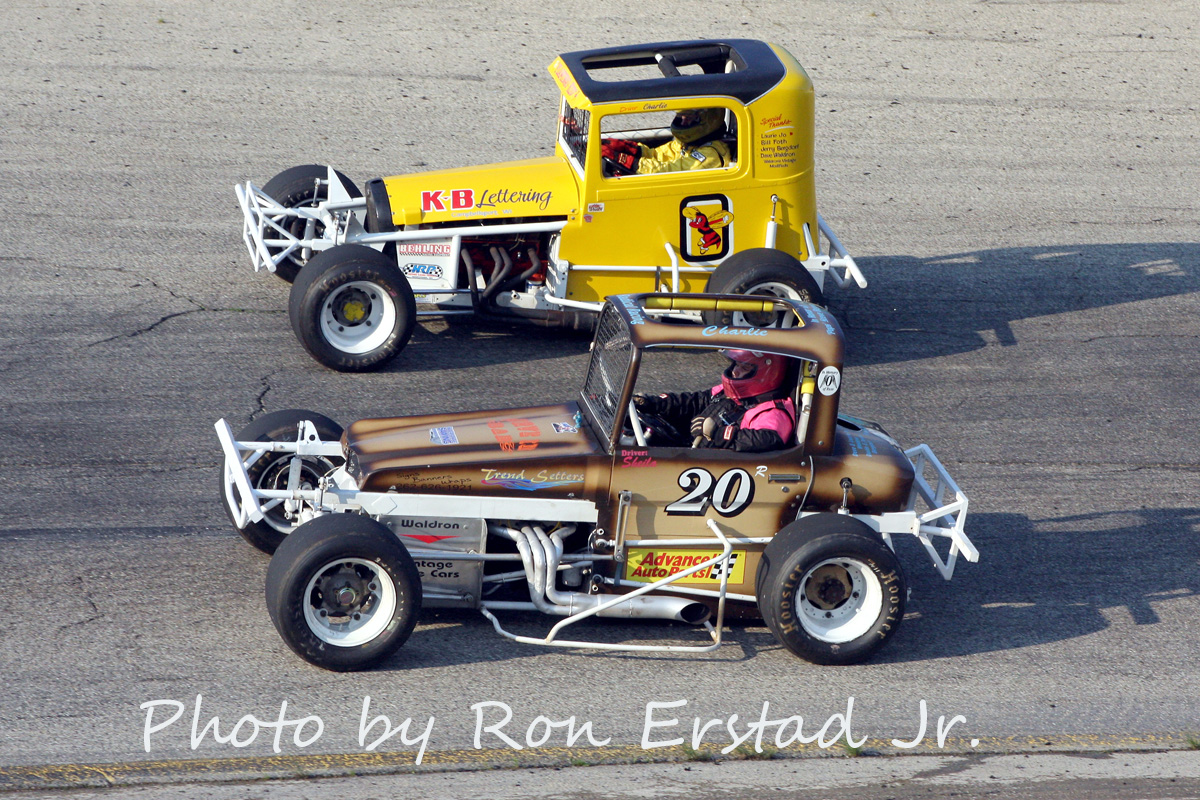 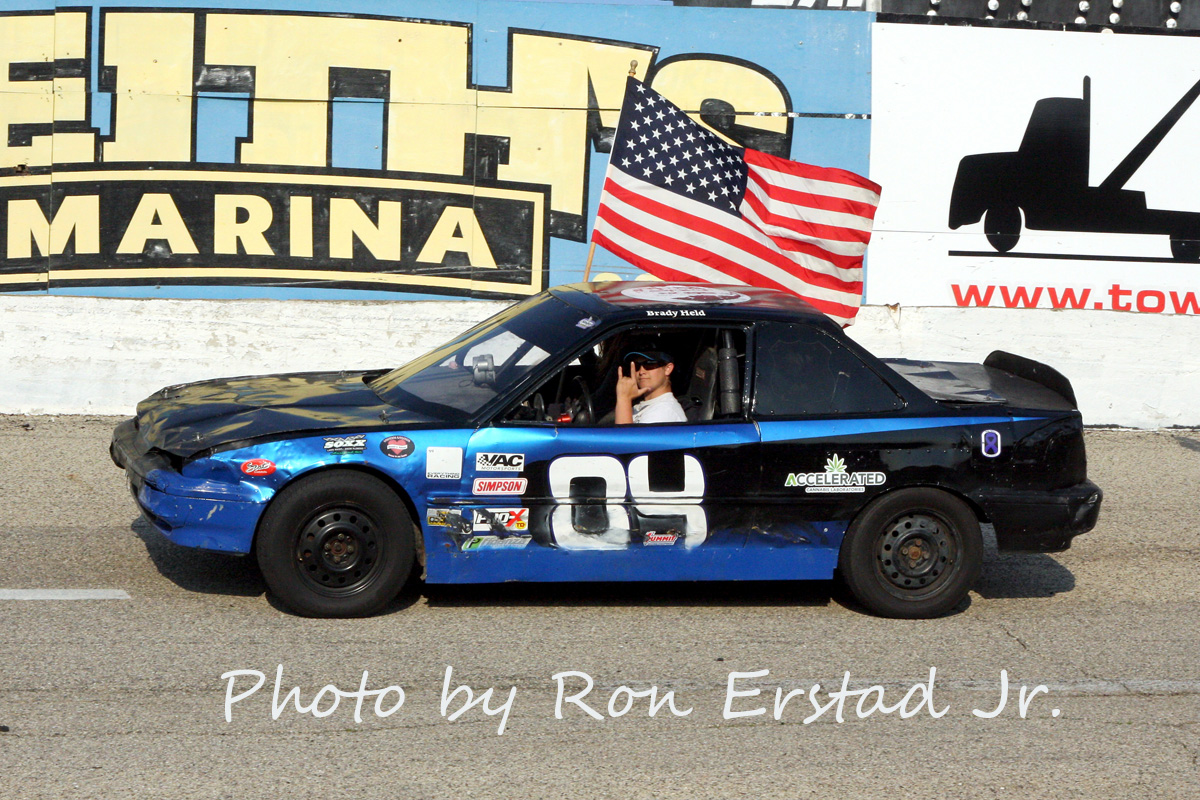 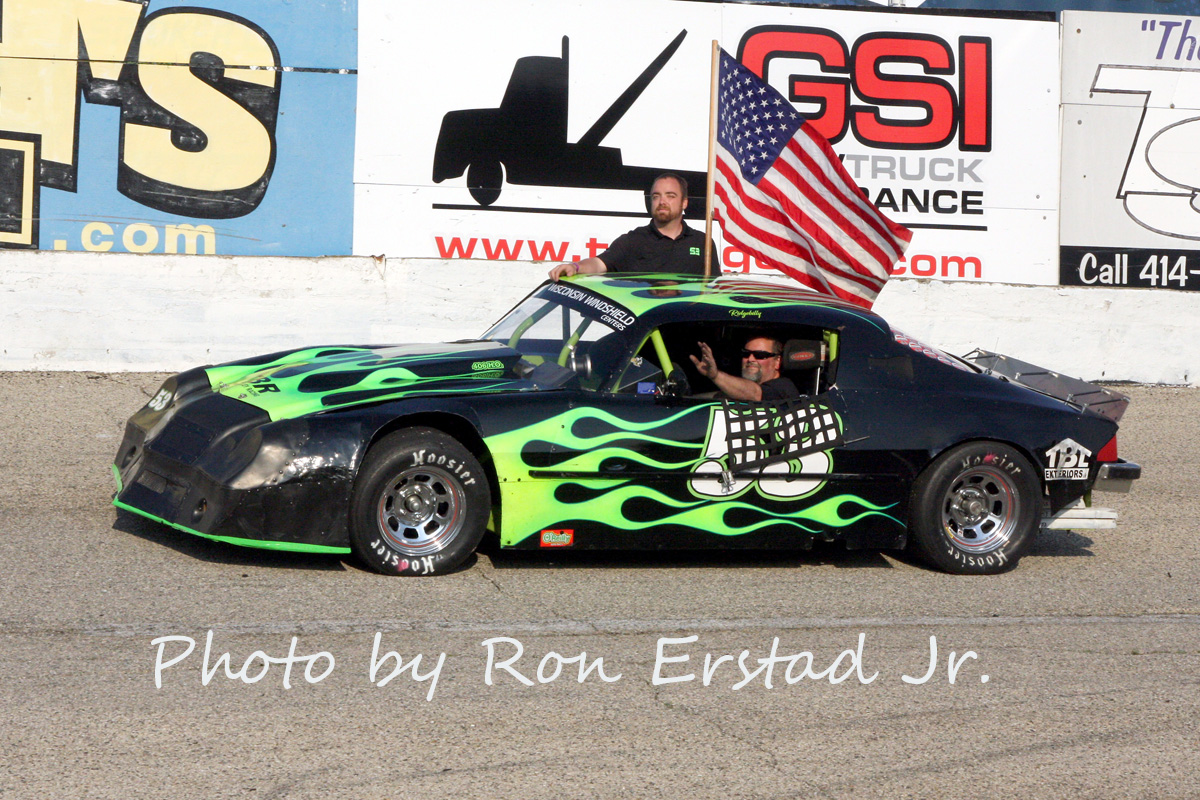