This Sunday night you will find Rich inside the main gate, selling ($20) and autographing copies of his new book, Barnyard to Brickyard.

How did you get into racing?
My dad raced for 33 years and I grew up at the racetrack starting at a month old.

What do you like about Slinger Super Speedway?
Of the 225 different tracks that I’ve raced at, it’s in the top five of the short tracks. It’s so competitive and the two grooves make it race-able.

What can people expect to find in your book?
(laughs) Lots of things! Great stores, great pictures. Lots of things that people have no idea… things that happened and how they happened. Everything from racing to politics to life.

Why did you decide to write a book?
I’m getting to the end of my career, and I want to get it out there. I don’t care if two people read it or two million, I just want to get my story out. I’ve never been politically correct, so it is just the way it is. Some people are going to be butt-hurt. If they can’t handle the truth, well, they can’t handle it.

What is your favorite memory at Slinger?
Oh my. (laughs) Of the 40 Nationals, I’ve raced in 37 or 38. Obviously telling Wayne [Erickson] in ‘82 that I would be the track champion in ‘83. I don’t know if it was a premonition or what, but even though Wayne paid Joe Shear to outrun me, we ended up with the championship. That was a pretty cool night! Obviously the Nationals wins [Rich has four]. I remember the ‘83 Nationals rained out and we were at Dor’s Door [in downtown Slinger]. Johnny Ziegler said to me, “You are pretty talented”. That was the last day I ever worked; I quit my job the next day and it was the last time I worked for anybody.

If you could have dinner with any three people (alive or passed), who would they be?
Donald Trump for sure, because he has more brains and balls than 90% of the people in this world have. Elvis Presley – he was the King of Rock & Roll when I was growing up. Neil Armstrong – it’s his 50th anniversary of the moon landing. I’d ask how he could just jump in that b*#ch and fly up there not knowing.

What was your first street car?
A 1972 Ford Ranchero, green with a silver laser stripe. I got it for my 14th birthday; by 14.5 I was driving it. I put on 25,000 miles driving to motocross tracks and racetracks before I got my license. [What happened to it?] I think I just wore it out.

How long are you going to keep racing?
Well, that depends…my goal was this year and two more. Then I’ll be 60, and racing for 45 years…and that’s my car number.

Which Slinger driver (past or present) do you respect the most?
You can’t put one person because there are so many. There are ten guys that can be on that list. [Dick] Trickle was my friend and mentor. No, there’s too many guys to single one out. 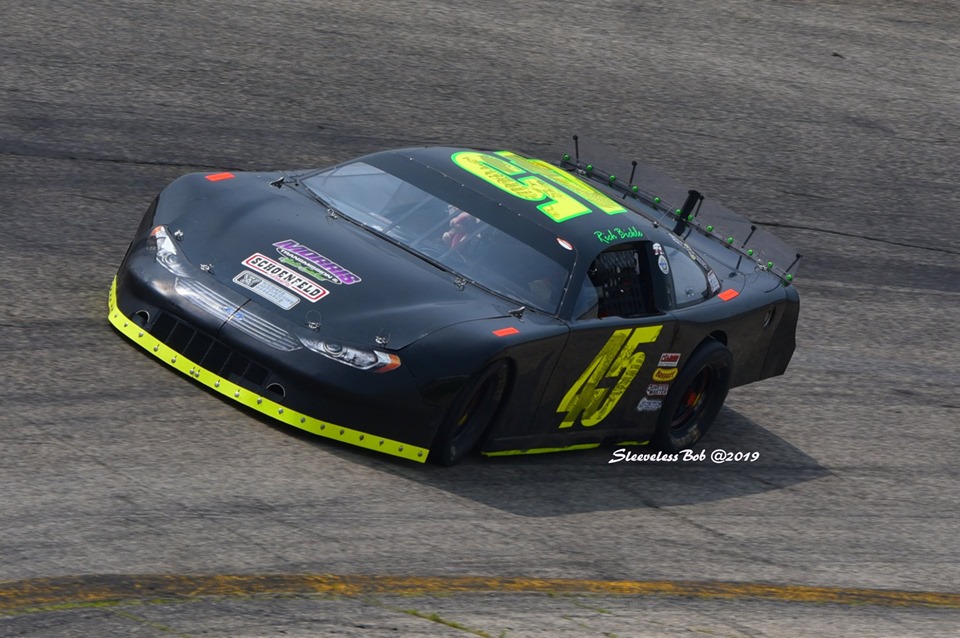