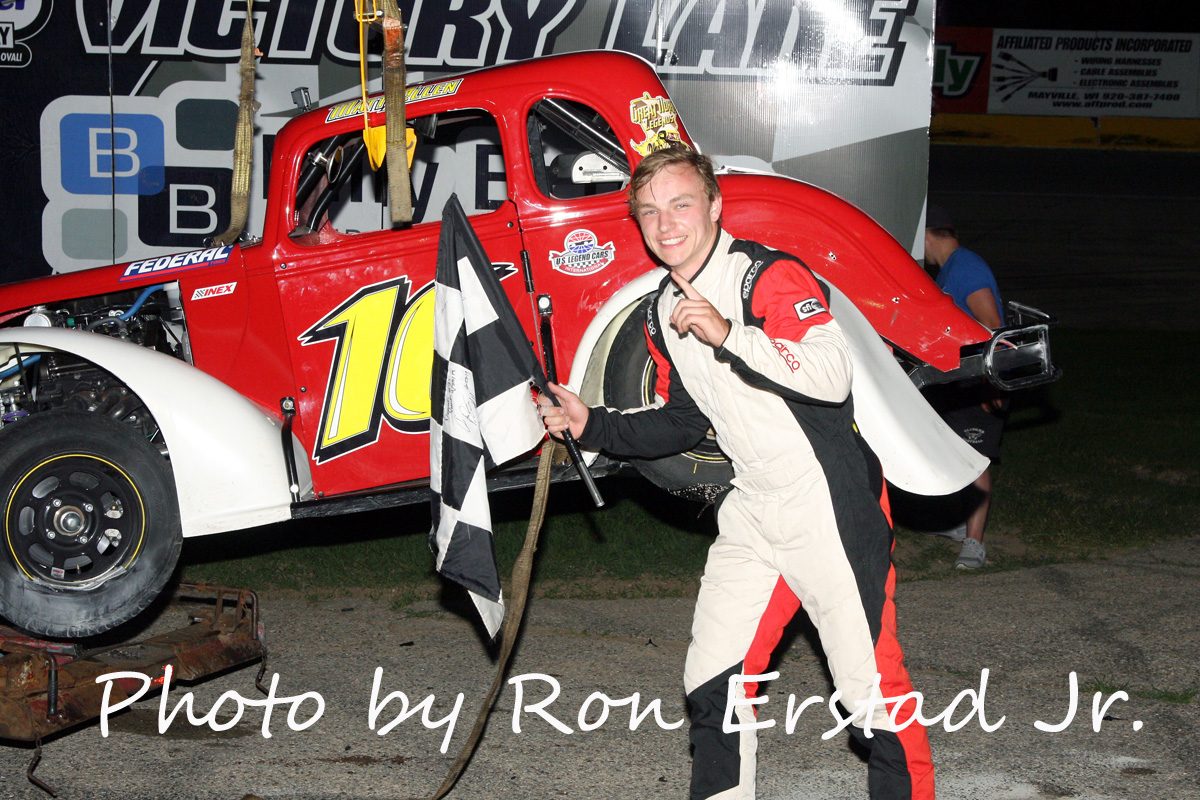 Allen’s victory in the 25-lap Legends feature was the most spectacular of the group as he and fast qualifier Austin Jahr crossed the finish line side by side and then hooked together past the checkered flag, sending Allen’s car hard into the turn one wall. Allen emerged from the incident uninjured and sprinted to victory lane where he met his car on the back of a wrecker for the trophy presentation and photos. Jahr settled for a close second place finish while Tim Brockhouse held off early leader Darrell J. Stewart to take the third spot. Aaron Moyer rounded out the top five finishers. Tim Brockhouse and Darrell J. Stewart each were victorious in Legends heat races and Austin Jahr was the fastest qualifier with a lap at 13.207 seconds.

Kyle Stark turned in a dominating performance to win the Super Beez 30-lap feature over Brandon DeLacy and Rick Schaefer. The race was halted and called complete during the final lap as Schaefer’s car lost a wheel. Brandon Tackes and Todd Buckley finished fourth and fifth respectively. An incident on the opening lap between front runners Steve Zoromski and Scott Hoeft in turn two also briefly delayed the race under the red flag. Both drivers exited their vehicles under their own power but Hoeft was checked by the safety crew for precautionary reasons. Brandon Tackes and Brandon DeLacy were the winners of the Super Beez heat races and Scott Hoeft turned in the fastest lap in qualifying at 13.568 seconds.
The Slinger Bees also raced an extended 30-lap feature and the father-son team of Marty and Brandon Tackes had the field covered as they finished first and second with Brandon scoring the victory. Brandon Berens finished third just ahead of Ricky Gebhard and Jared Apel who finished fourth and fifth. Garrett Konrath won the Slinger Bee semi-feature over Mitchell Strobel and Nick Schmidt. Brady Held and Anthony Dorzok finished fourth and fifth respectively. Slinger Bee heat races were won by Jared Apel, Brandon Berens, and Ricky Gebhard while Brian Stanczyk was the fastest qualifier after turning in a lap at 15.232 seconds.

Brian Baldyga charged into the lead of the American Super Cup 25-lap main event with less than five laps to go and held off early leader Logan Julien to capture the victory. Jessica Talley finished a strong third and Brandon Vines took the checkered flag in fourth. Brandon Mennicke finished fifth. Hailey Hoffman and Brandon Mennicke were the winners of the American Super Cup heat races and Brian Baldyga was the fastest qualifier at 14.954 seconds.

Chuck Thelen won the Bar Car event driving the Sheryl’s Club 175 entry and Scott Roberts was the Spectator Eliminator winner in his Pontiac Trans Am. A special school bus figure 8 race between area firefighters closed out the evening and Randy Gindt representing the Kohlsville Fire Department edged Bryon Messig from the St. Lawrence Fire Department in a last lap duel to the checkered flag to capture the victory. 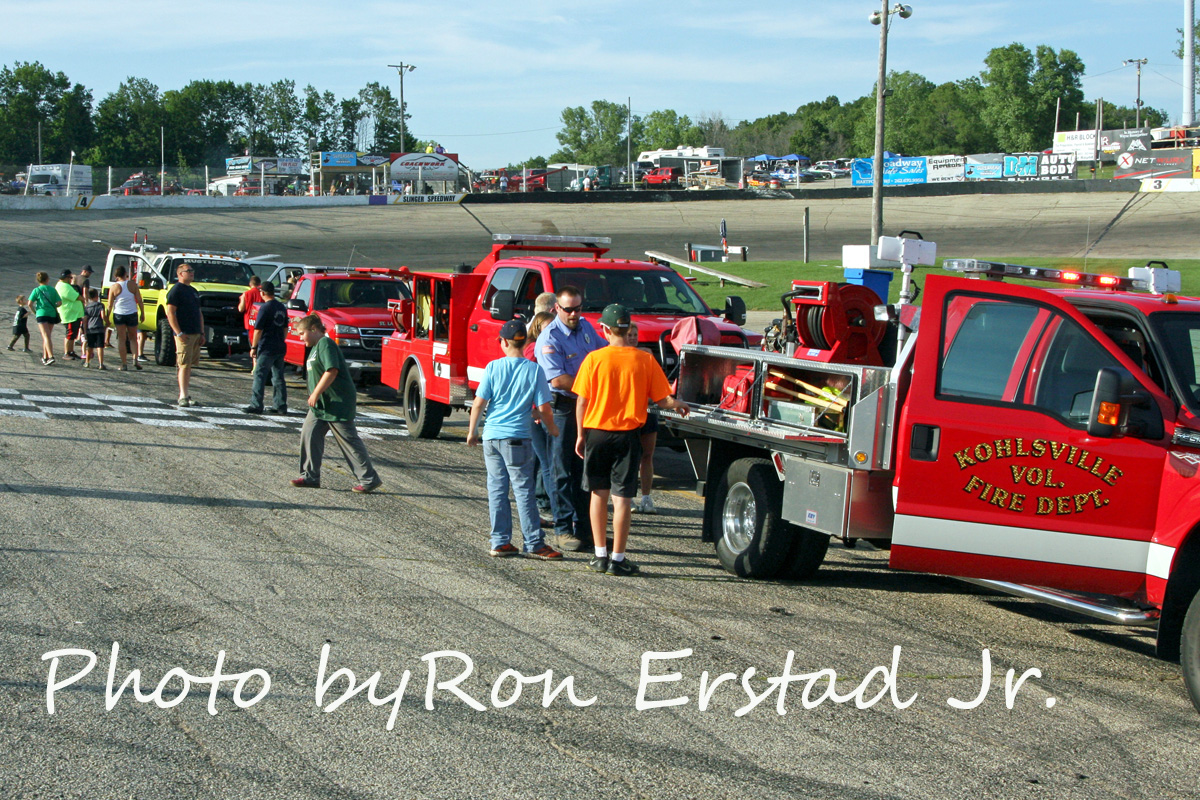 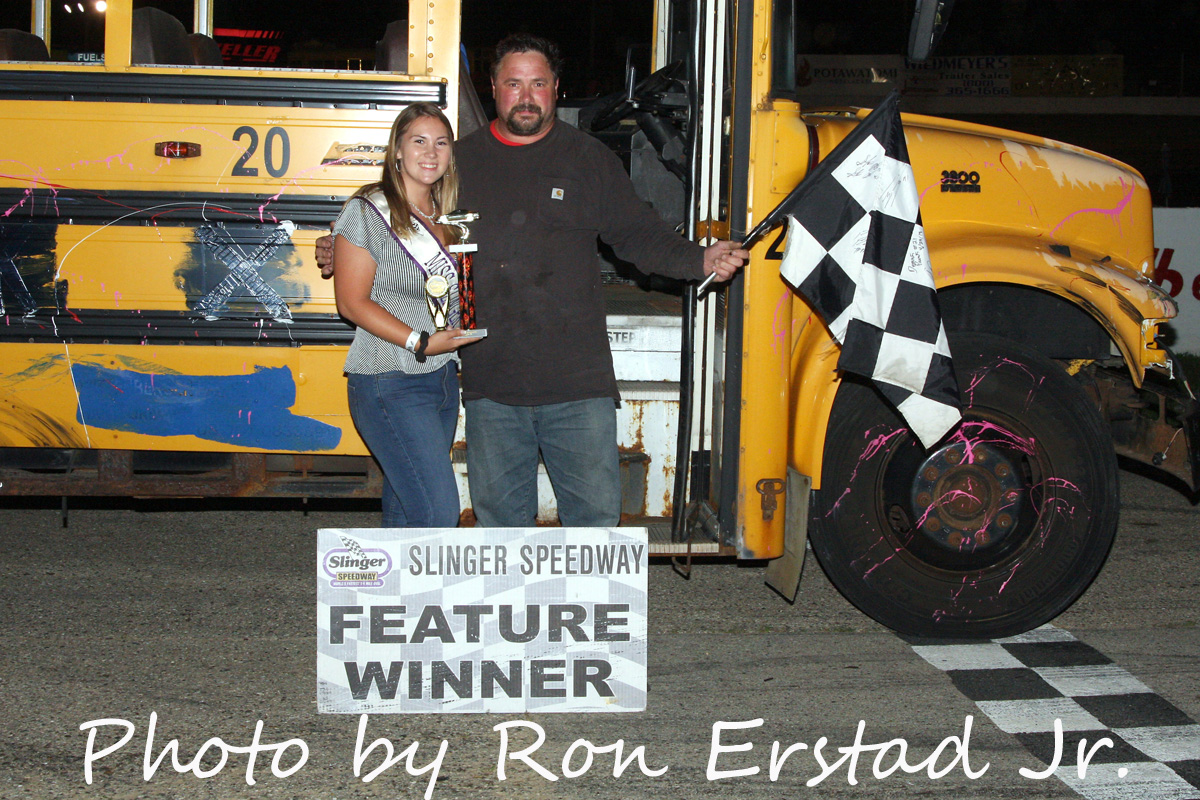 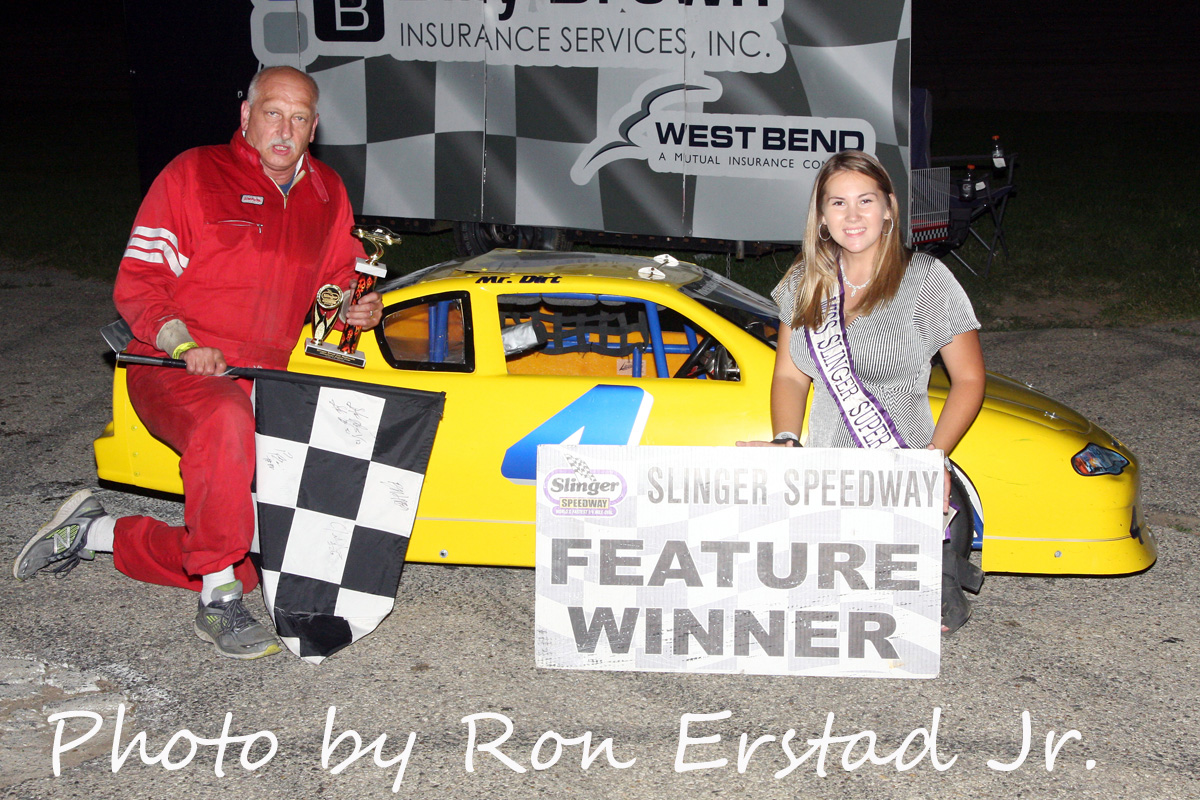 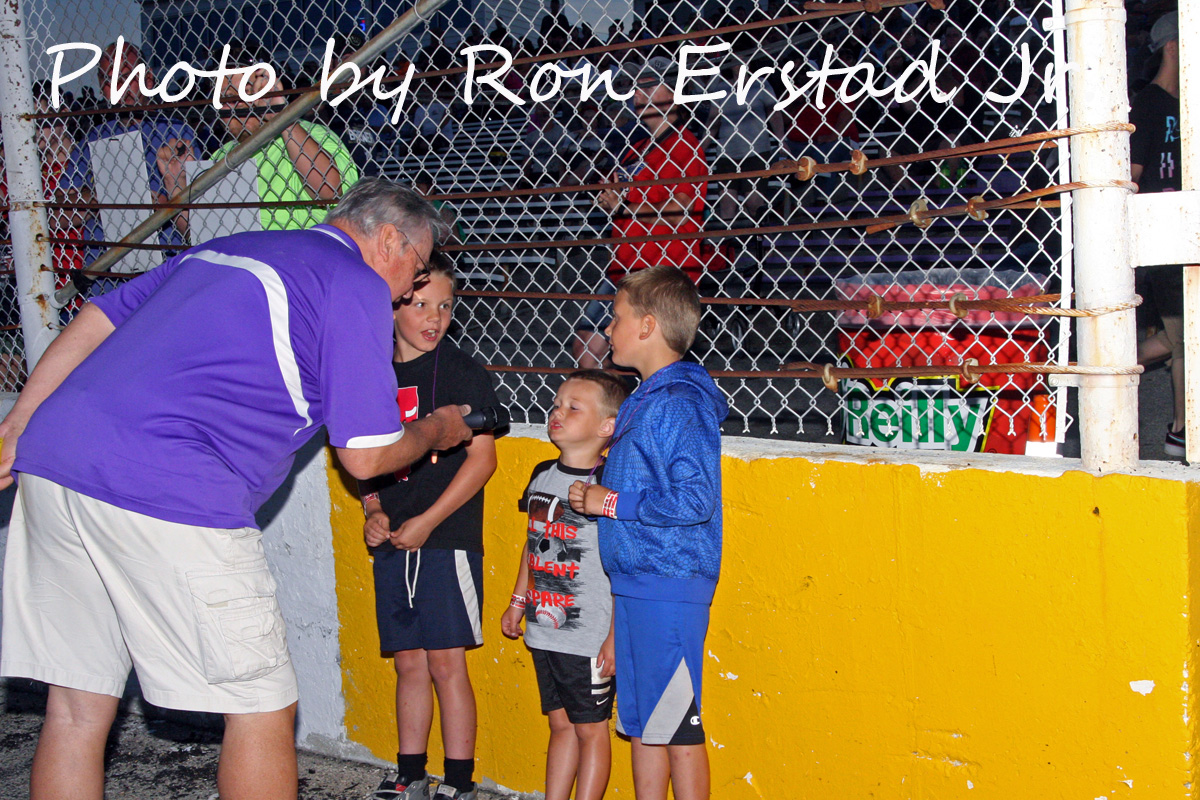 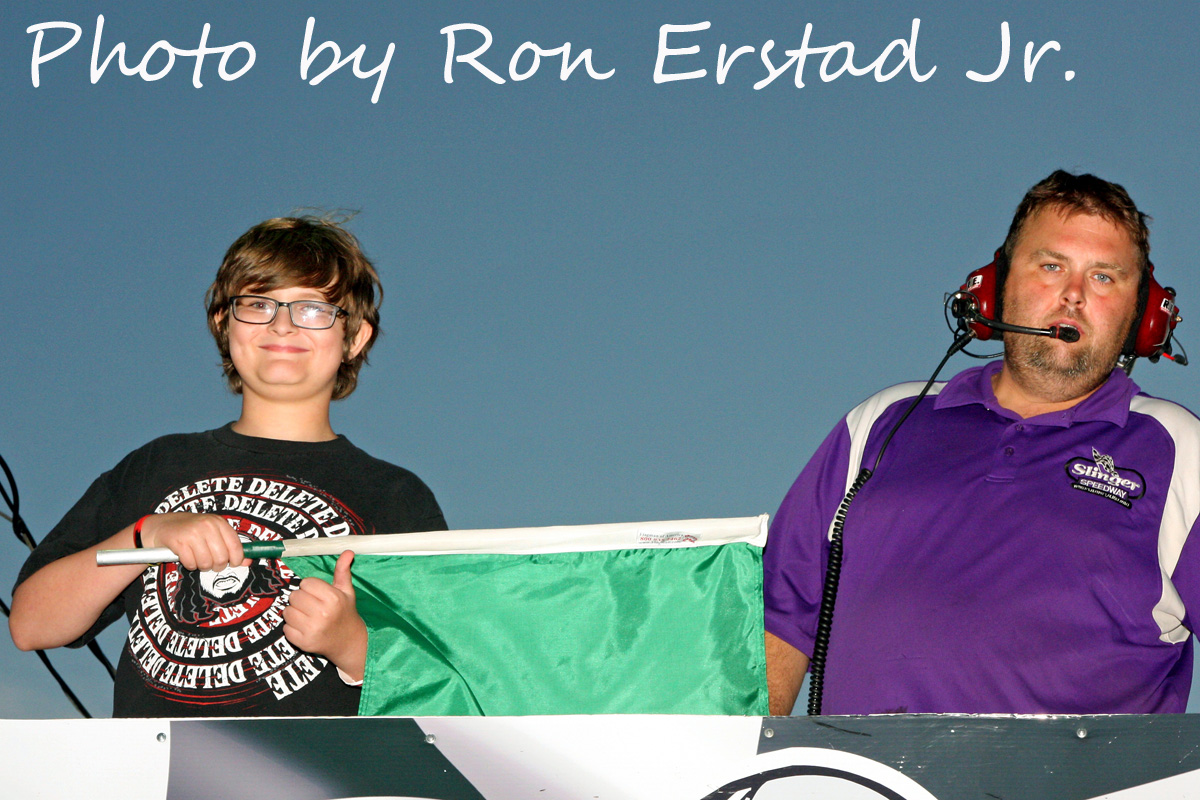 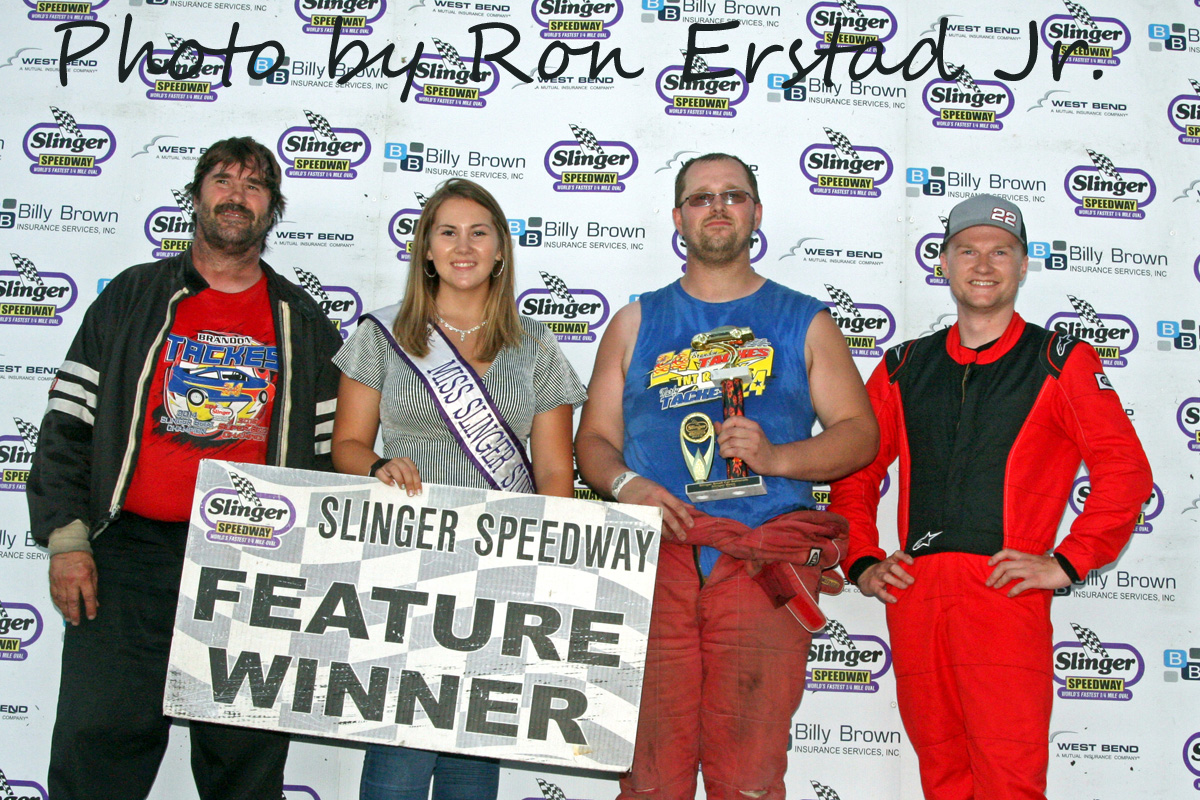 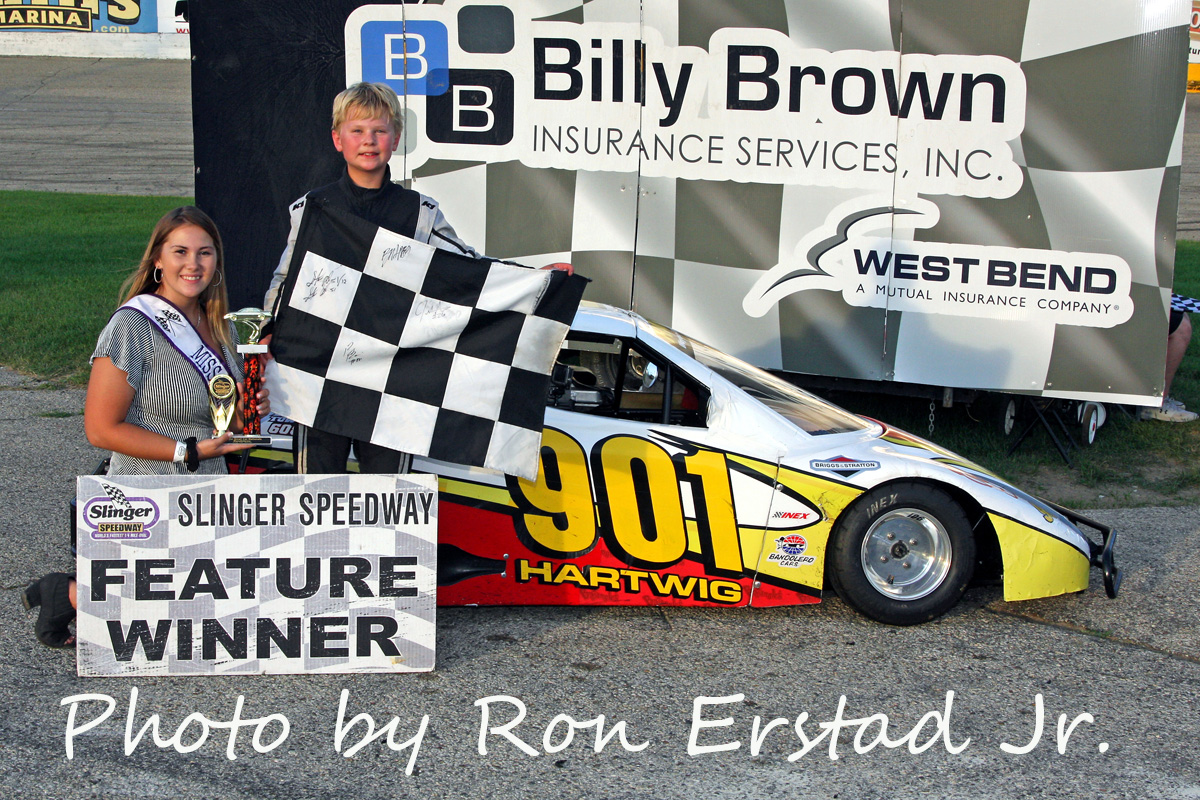 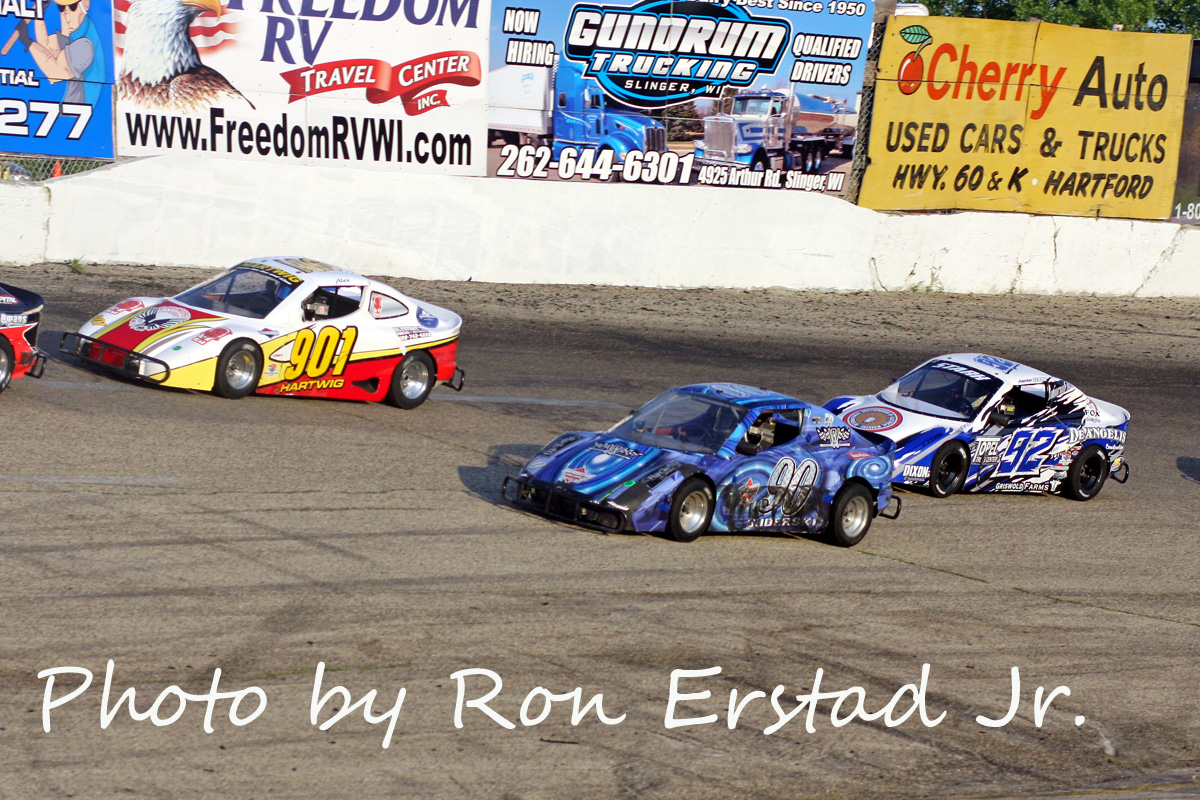 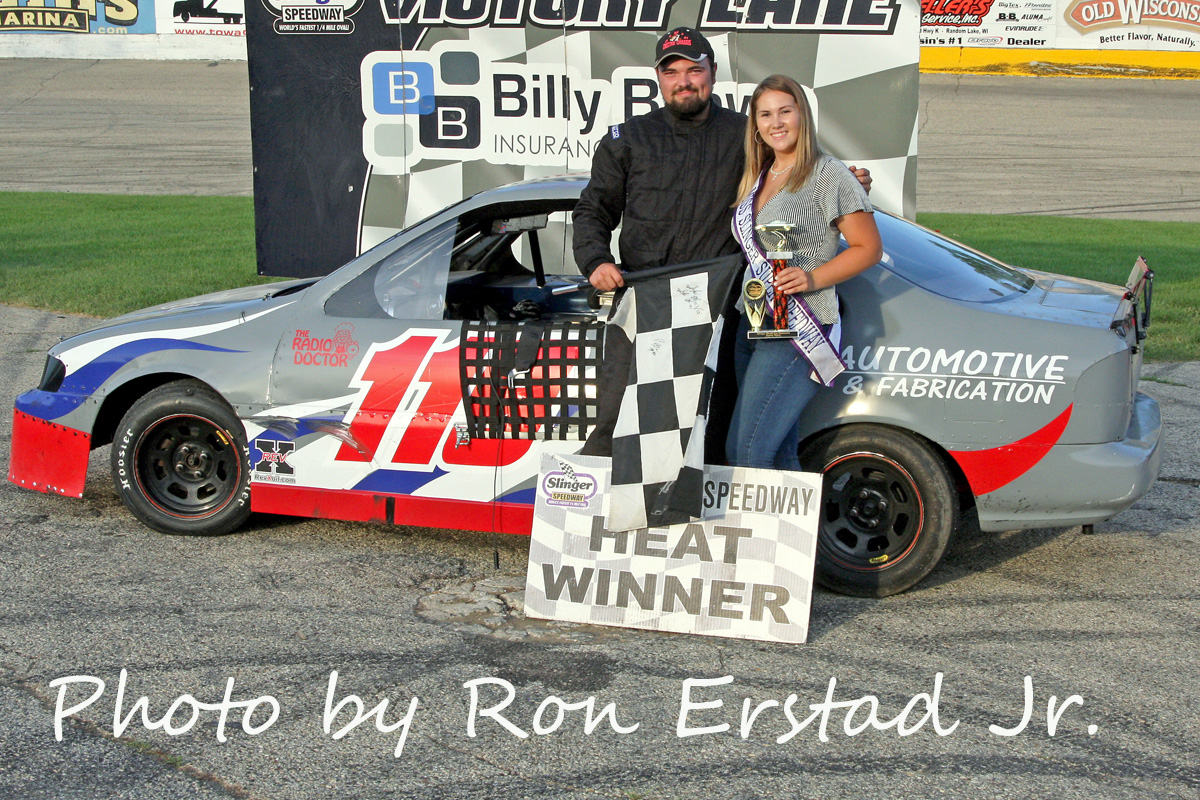 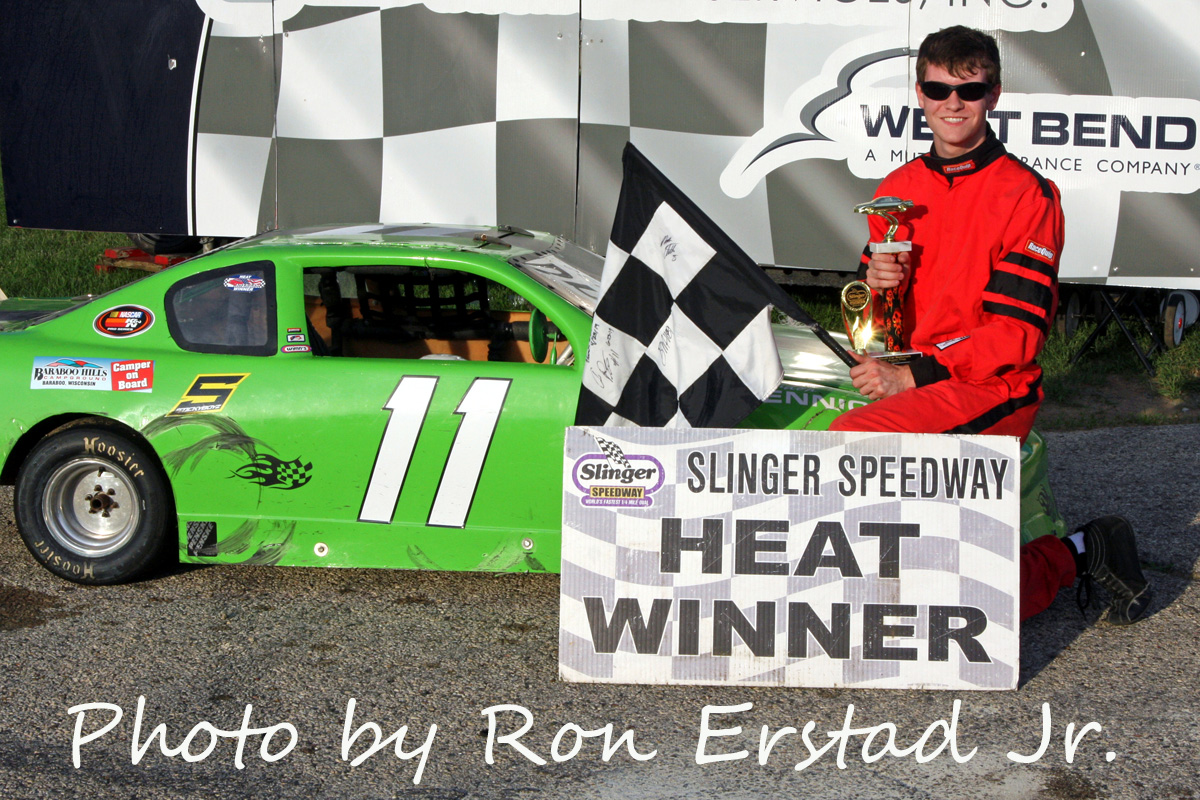 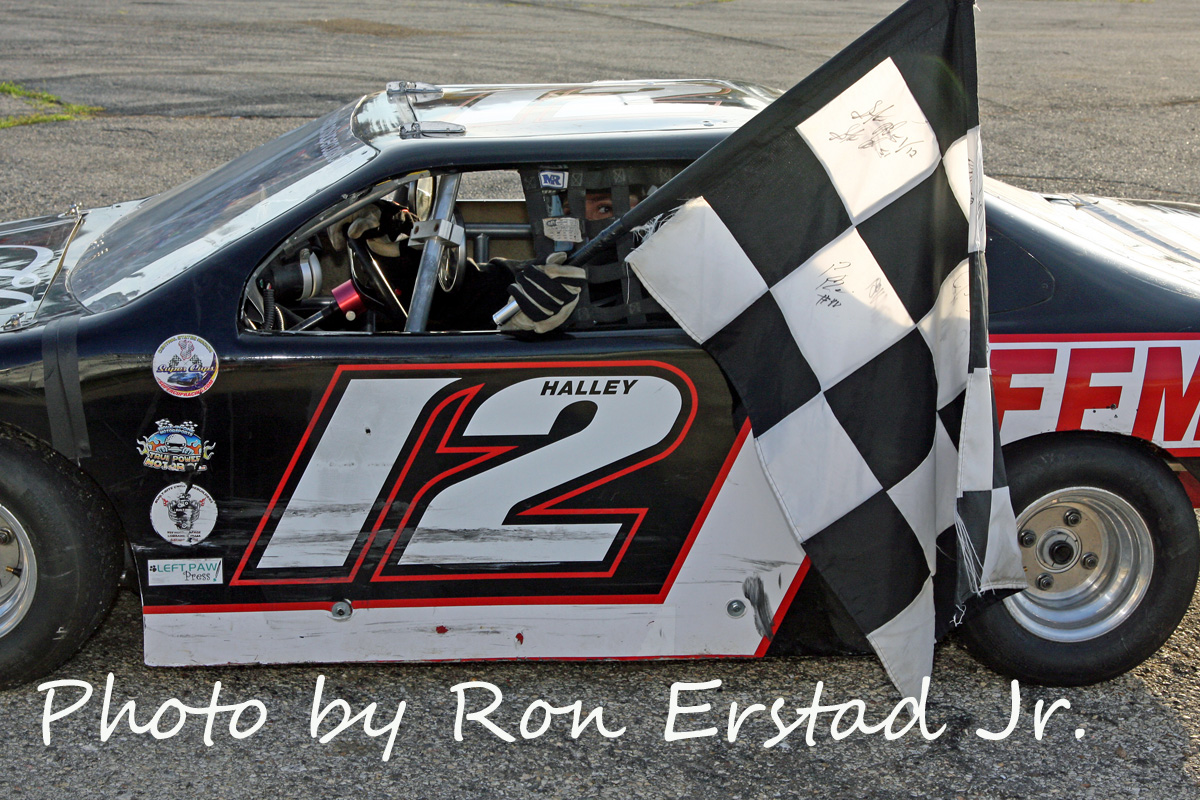 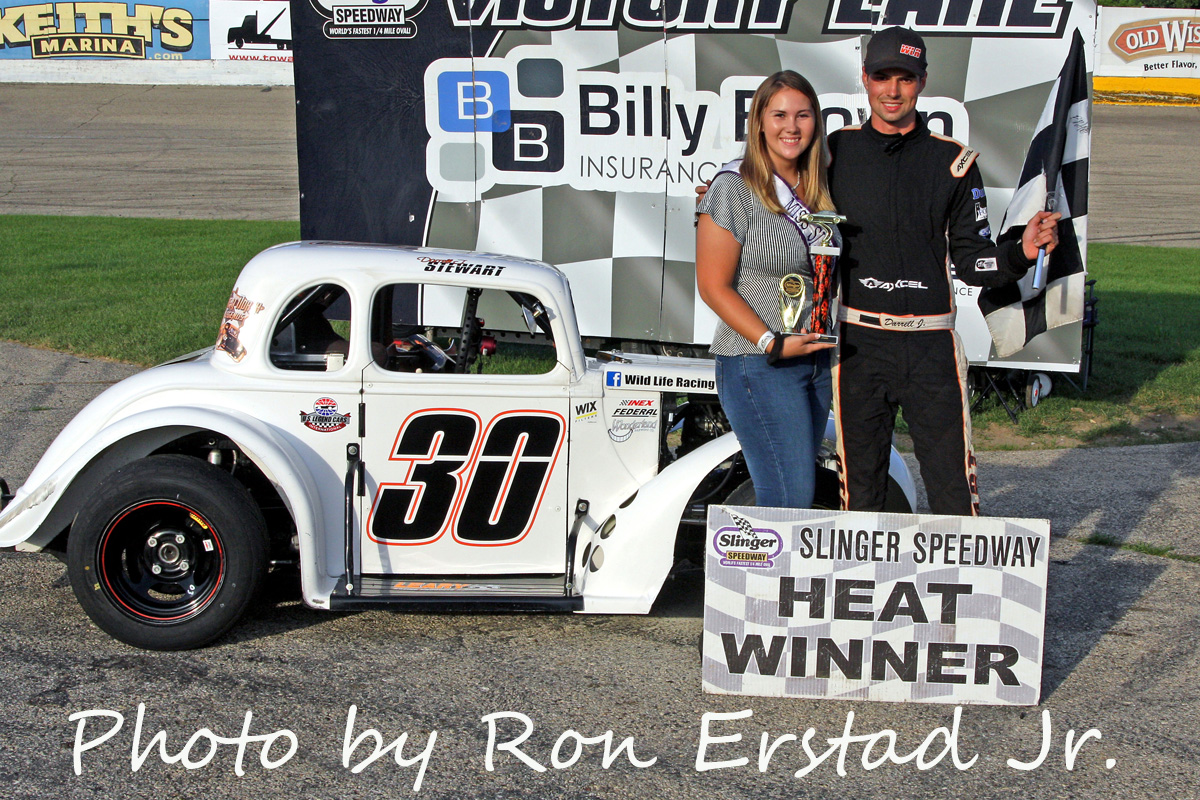 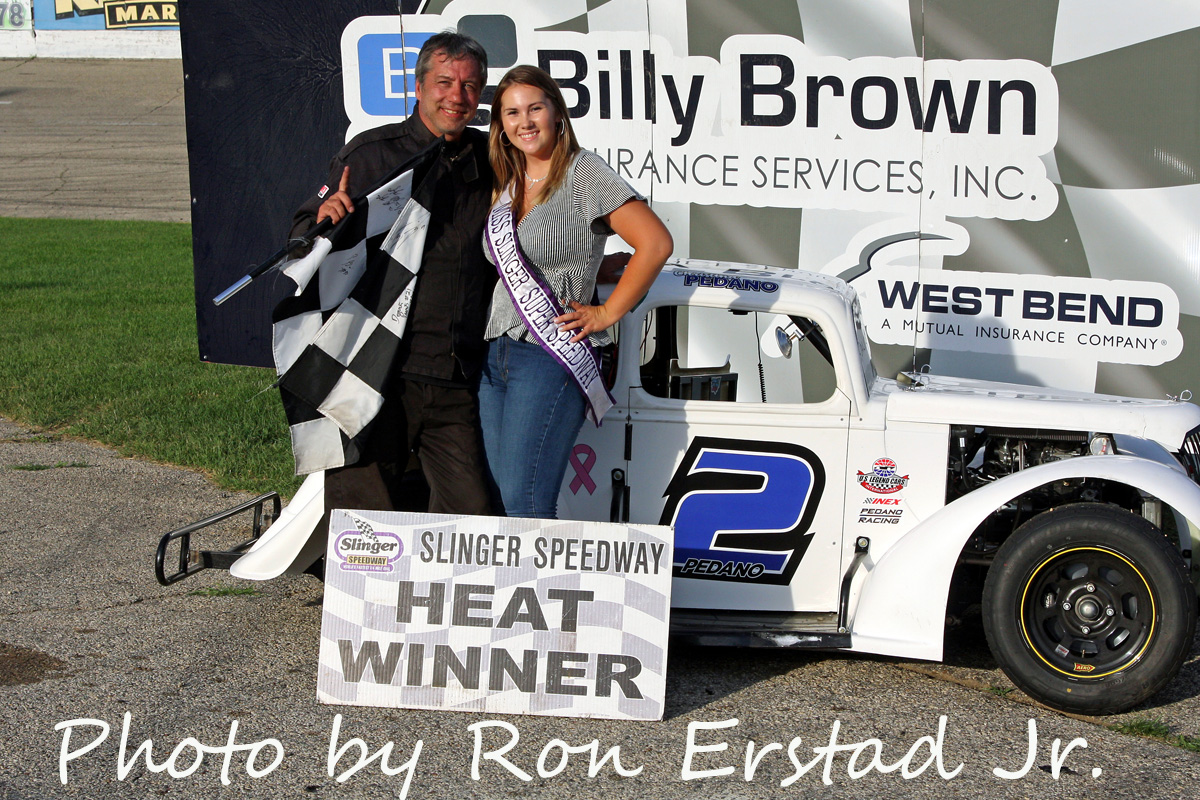 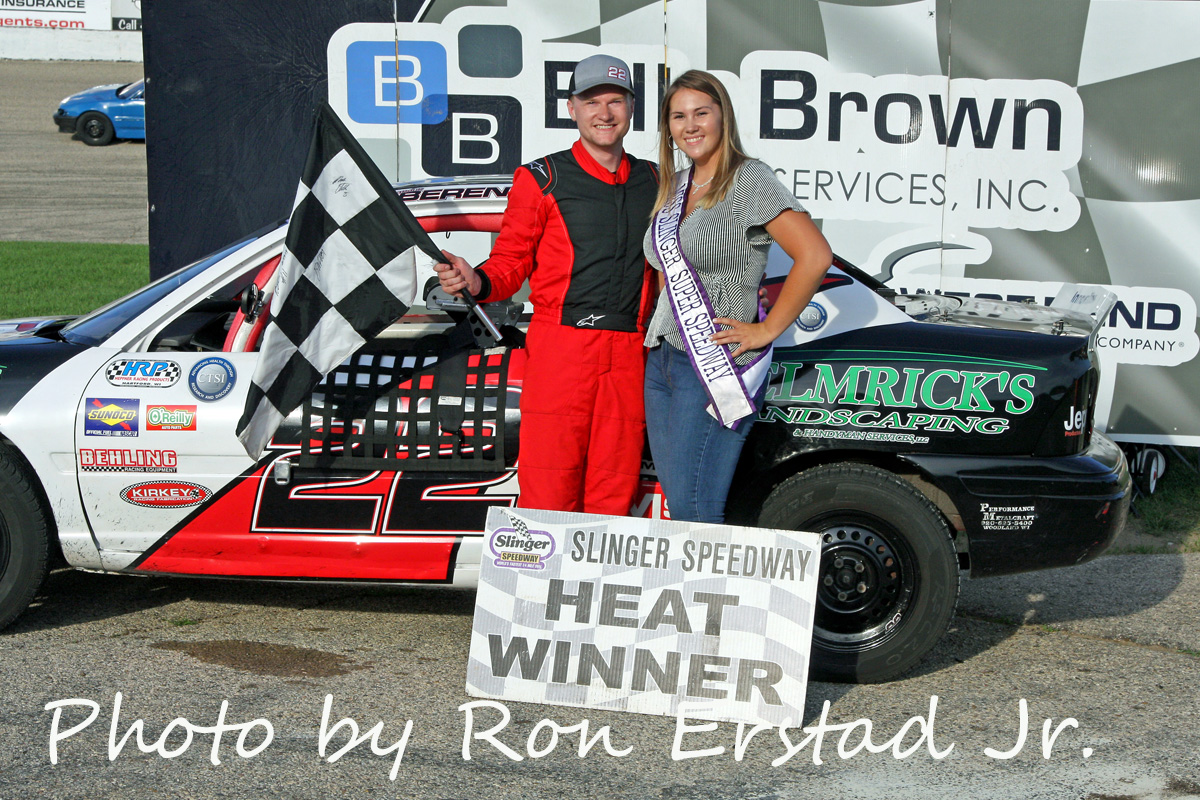 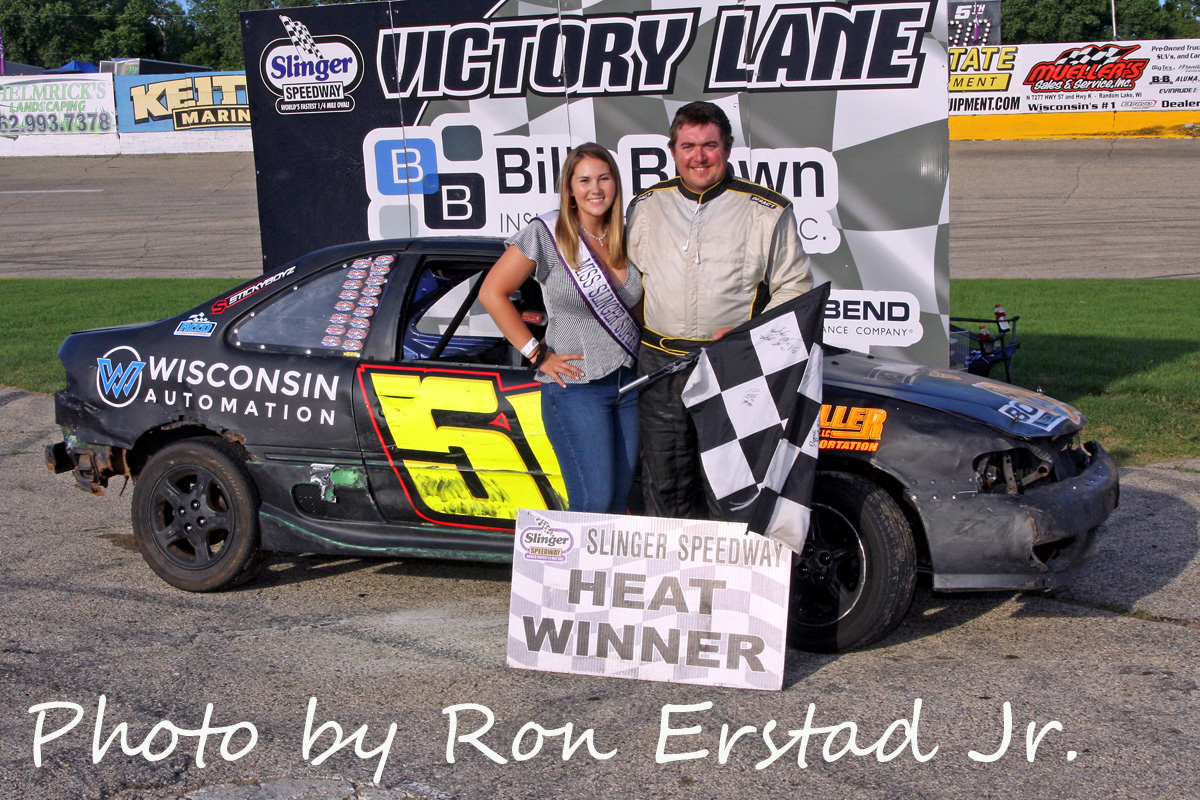 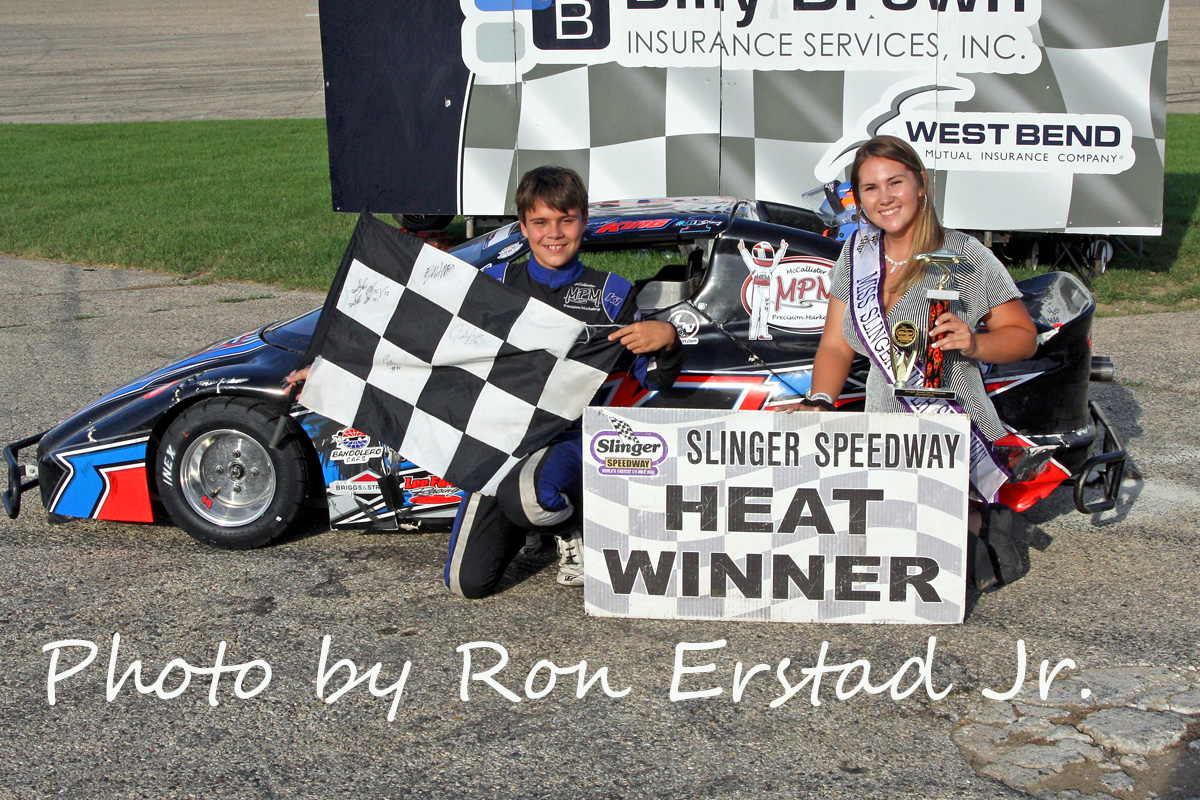 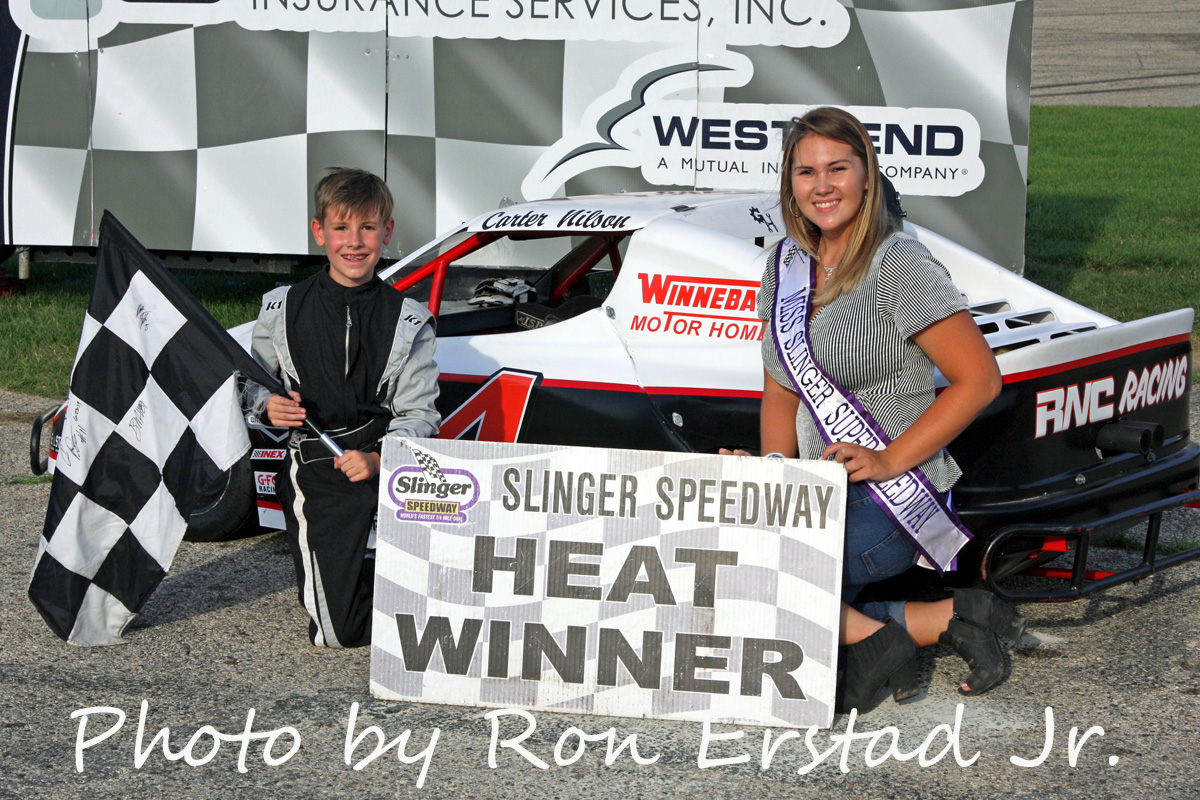