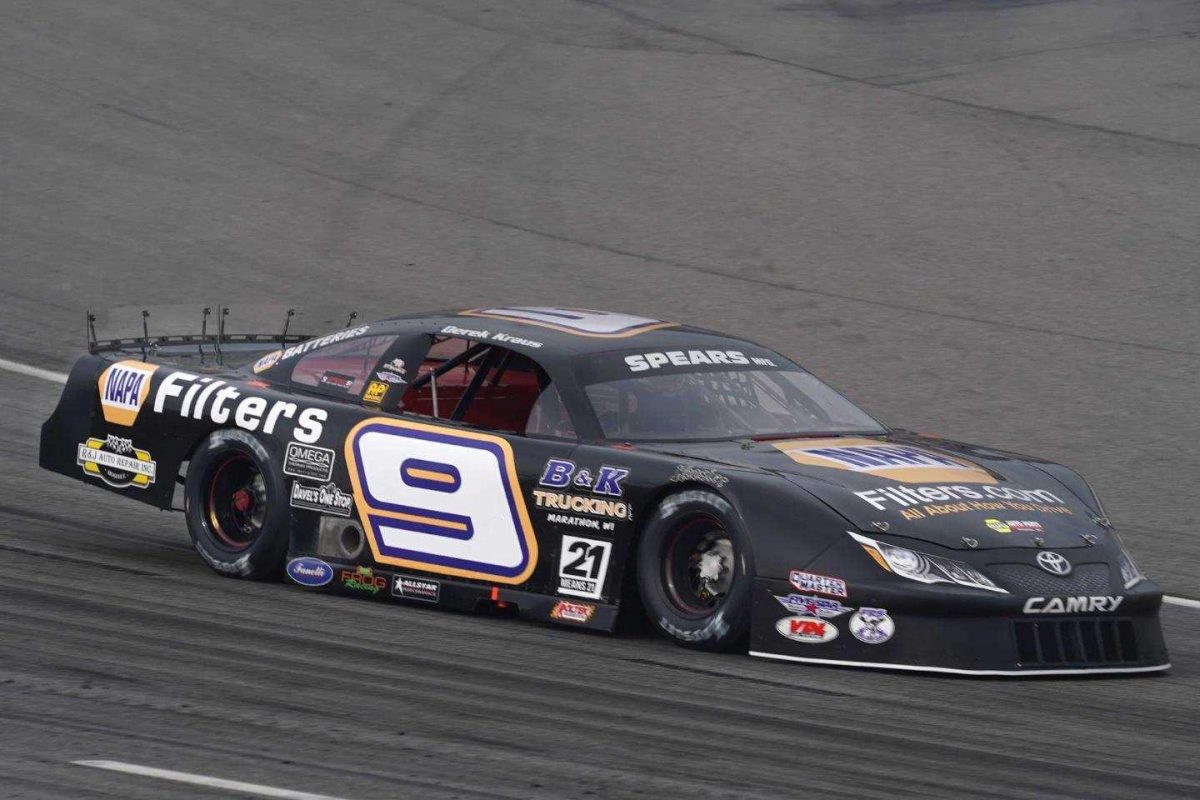 “The Slinger Nationals is one of, if not the biggest, short track races in the state,” said Kraus. “It’s a lot of fun to come home and race a super late model, I’d like to do it every chance that I can.”

Derek Kraus has spent the last three seasons campaigning full-time on the NASCAR West Series while running a limited schedule on the East Series. In 2017, at the age of 15, he scored one West Series win and notched Rookie-of-the-Year honors. So far this season, the schedule has lined up such that Kraus has been able to make all of the East and West Series events. He opened 2019 on the East Series with a dominating win at New Smyrna Beach, Florida after starting 16th. Last week Kraus won the West Series event at Roseburg, Oregon, leading all 150 circuits. In all, Kraus has raced his K&N ride in eight different states, in 2019.

“It’s good to race close to home, as Slinger is only a couple hours from our house,” said Kraus. “But on the other hand, that race is so tough to make, it’s a huge challenge for me.”

Late models will also compete in a full race program on July 9. A Wednesday night, July 10 rain date has been established.

There are select advertising and sponsorship opportunities as well as company and group outings available for the 2019 season. For more information, contact the speedway’s PR and Marketing at: 262-370-0440, slingerspeedway1@aol.com, or visit our web site at: www.slingersuperspeedway.com.