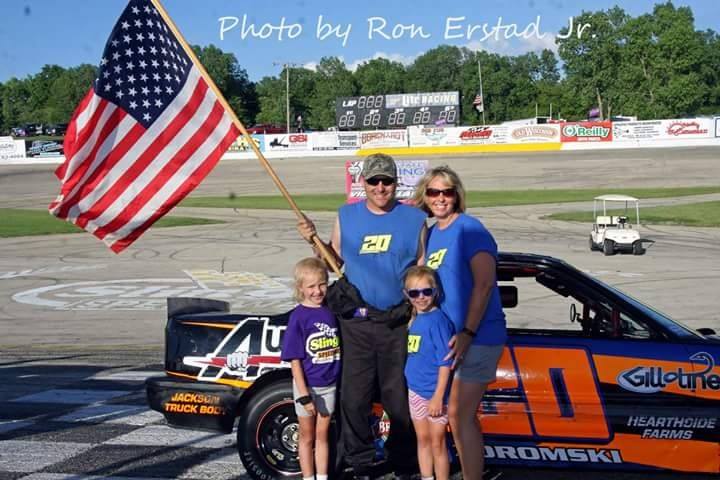 Driver of the #20 Super Beez

How did you get into racing?
I’d been a fan of the racetrack for many years, and always said I wanted to race a car. I just didn’t know how to get into it. Then my nephew, Paul Reagles [#25], started racing in the Bees. One day he said, “You should take my backup car out there and practice with it”. I did that and never looked back. The next week, I placed 7th out of 20 cars, and I was hooked. When I started racing, I had two goals: (1) Not get last place and (2) Not cause a wreck. I achieved those goals that first year, and this year my goals are to beat the track record and win the championship. It’s interesting how goals can change in just a few years.

What do you like about Slinger Super Speedway?
A lot of things….It’s a fast high-banked track and it’s close to home. Plus I know so many people that race there and sponsors that are involved with the track, that it’s really a place where I’m among friends when I’m there.

What made you choose to run a Super Beez?
The Super Beez were an interest because they really allow us the challenge to use our skills mechanically to figure out how to make these cars go faster than a Slinger Bee. It’s also a lot of fun on the high banks with the grip of Hoosier tires versus the highway tire in the Bees.

Where is the most interesting place you’ve been?
It’s hard to narrow it to one. I’ve been blessed with the ability to get away when it’s not racing season. I’ve been hunting in Africa (three times), New Zealand, Argentina, Costa Rica, Canada, and have done some deep sea fishing trips. There are so many places that I can’t even pick a favorite.

Who do you need to thank?
Crew: Rick Schaefer – he’s really the main car builder and brains behind making it go fast. Todd Buckley also, being Rick’s right-hand man, has been a huge part. The unique thing of that is I race against Todd and Rick on a weekly basis, and we all help each other with our cars. It’s very unusual to not just race against a friend, but then to have them be a competitor at the same time with the same goals.

Anyone else: My wife, Jennifer, and kids (twin daughters Brooke and Sierra) for supporting me in another hobby. Working 70-80 hours a week all summer and snow plowing around the clock in winter keeps me more than busy. Racing is just another thing that makes it harder to see your family so it’s nice that they come there to support me. Also, the whole Pro4mance Team – we all help each other between races, running for parts back to my house or Rick’s, and everybody goes above and beyond to help each other, even if we are competing against each other.

What is your real job?
I’m the owner of Creek View Landscape, where we design and build patios, retaining walls, landscape designs, full installs, and have our own tree nursery. Creek View Landscape also sponsors several drivers at Slinger (Rick Schaefer, Todd Buckley, Paul Reagles {Bee and Super Beez}, Brandon Mennicke, Brady Held, Zach Greer, Joe Shelby, Ryan Lovald, Matt Urban, and myself). These are great guys that help me with racing, snow plowing, or landscaping. I want to give back in some way and help them out.

What is your favorite racing memory at Slinger?
Winning my first feature in 2018. It was actually a race where I had the lead on the last lap and my biggest rival came and used me as his brake, knocking me sideways but I beat him by .0006 of a second. It wasn’t a good scenario, but it was memorable. A close second was winning the “Reverse Race” at SlamFest. I hit the wall on lap one and passed everyone back on just three tires.

How did you get your car number (#20)?
High school football. I was a defensive back and had to pick a number in the 20s. I picked 20, and it stuck ever since.

Which Slinger driver (past or present) do you respect the most?
As a fan in the stands before I started racing, there were three drivers that stood out: Nick Schumacher, Austin Luedtke, and Aaron Cain. They were guys that were so open to talk to us when we would want to look at their cars, not even knowing who the driver was. They were very down-to-earth and really showed appreciation towards their fans. We got to know them and it makes me as a driver want to pay attention to the stranger walking up to my car after a race and get to know them and treat them with respect. I felt that was a huge part of me becoming involved in racing.

You are doing something special with the spoiler on your car, tell us about it.
I decided to get some autographs on my spoiler from drivers of various divisions and auction it off for charity. The very first person to sign it was Jerry Eckhardt…I figured I better start with the best. Many other track champions from various tracks have signed it, and I hope to have nearly everybody from Slinger on it soon. Unfortunately, I’ll have to carry the spoiler to the track since the car got totaled the last race, but the spoiler is in good shape (I will still run with my backup car the rest of the season). Details are still being finalized for how YOU can win the spoiler while supporting a great cause – stay tuned! 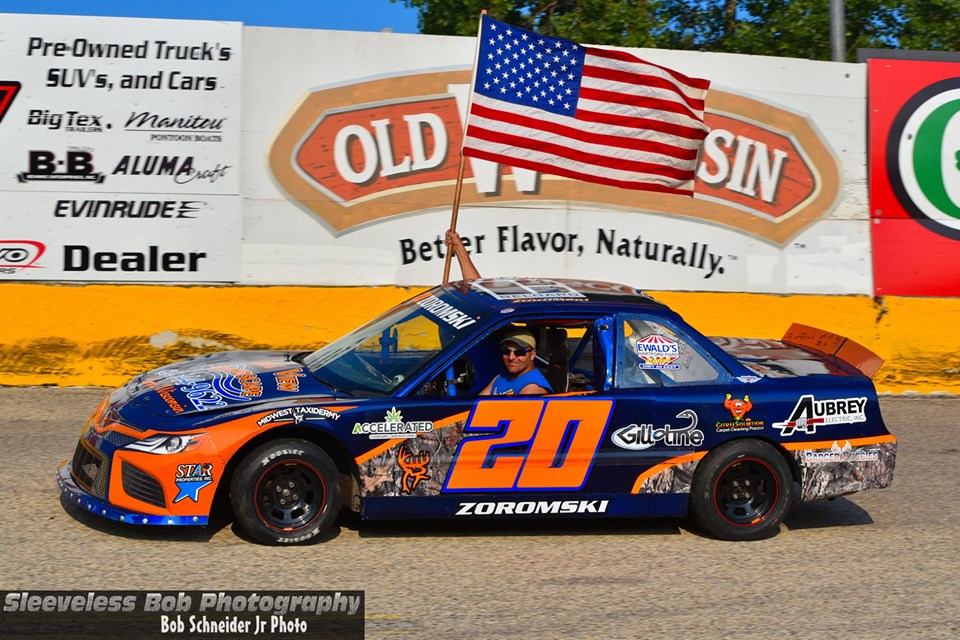