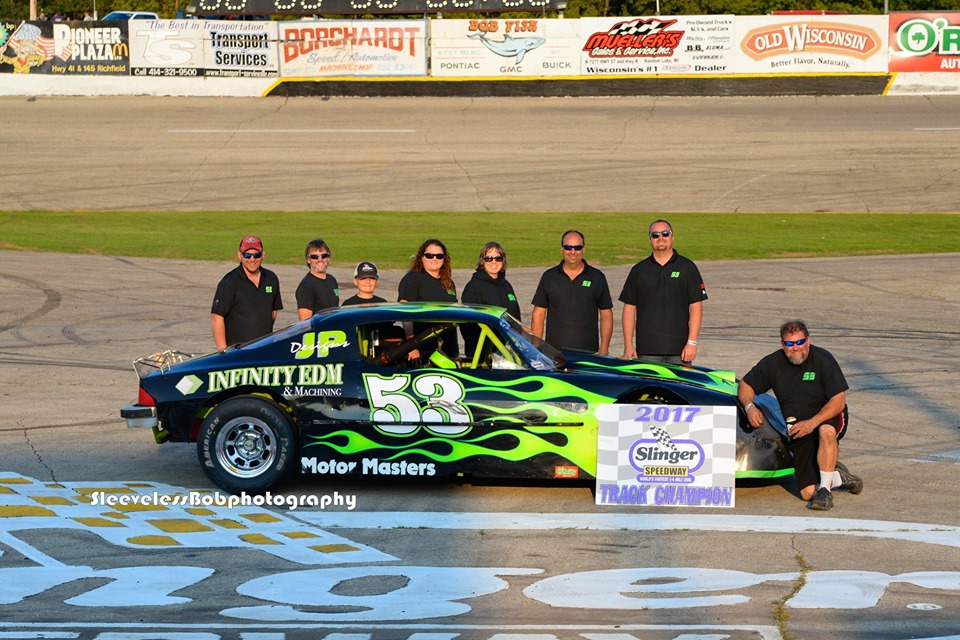 Driver of the Infinity EDM #53 Sportsman

How did you get into racing?
My friend Terry Beason was racing Slinger Stingers in the early to mid 90s and he ended up blowing an engine and couldn’t afford to buy another, so I bought it. That’s actually how I got my number; he was #53, so I just kept it.

What do you like about Slinger Super Speedway?
I like how fast it is, and the banking. It’s a fun track to race on!

What divisions have you raced at Slinger?
I raced Slinger Stingers from the middle of ‘95 until ‘98. Then I sold the car and bought a house. In 2000 John [Crass] and I built a new car and I raced Stingers again in 2001-2. That division went away, so I traded the car for a modified and ran for one year in 2003. After that I started working too many jobs and didn’t have time for racing. The car sat for four years and then I sold it and got out of racing. In 2014, Rick Wagner borrowed us a car, we ran it a few times, and the next thing you know I bought a car and got back into it.

Who do you need to thank?
Crew: John Crass, Chuck Lasard, Scooter Schmidt, Jeff Schmidt, Adam Crass; Sponsors: Infinity EDM (Jackson), JP Designs (West Bend), Motor Masters (Hartford); Anyone else: Everybody that helps – there are a lot of names to name

What is your real job?
I’ve been a fabricator at Rytec in Jackson for 21 years. Also a part-time engine builder – working for Motor Masters on and off for quite a while.

What is your favorite racing memory at Slinger?
There are so many…winning championships! We have four at Slinger – three in Stingers and one in Sportsman. And winning a lot of races back in the Stinger days. That was fun!

What is your favorite food?
Tacos and pizza

In 2019, the Area Sportsman and MidAmerican Sportsman combined into one “Sportsman” division at Slinger. There was a lot of debate about the rules prior to the season. Now that we are at the last race of the regular season what are your thoughts on how the merge went?
At first I wasn’t liking it. But in the end, I’m pretty happy with it. We were all pretty competitive. It made us have to work harder to get better, and we are still working at that.

What was your first car?
A ‘76 brown Mercury Cougar. [What happened to it?] I beat the hell out of it so bad…it had too many problems. I went through a lot of cars when I was younger…

Which Slinger driver (past or present) do you respect the most?
I respect a lot of them. Everybody there is really nice; everyone helps everybody out, and gets along really well. You give respect, and you get respect. It’s fun to race there. Even the people I race against – everyone is willing to help out. 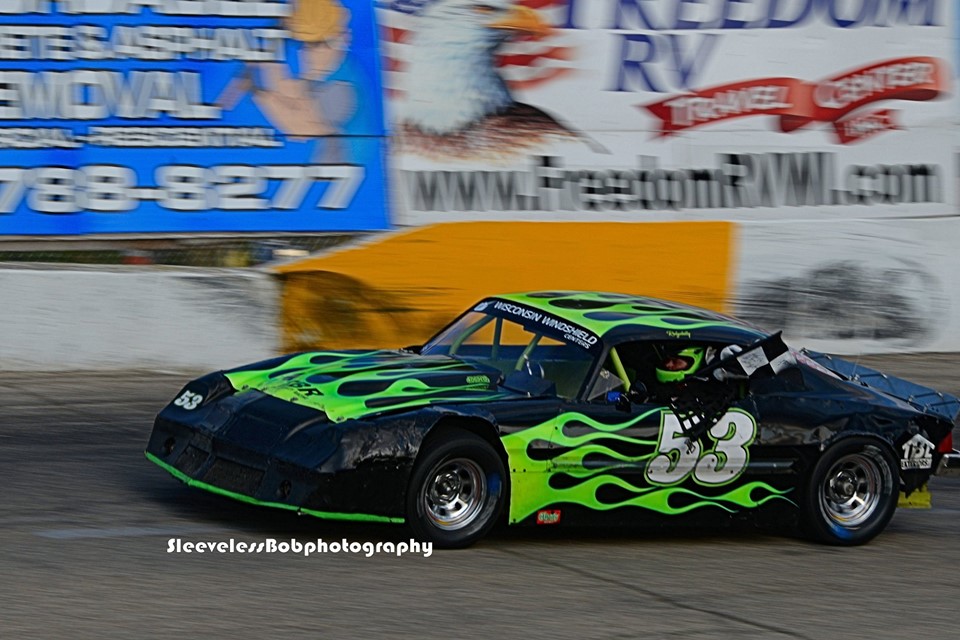