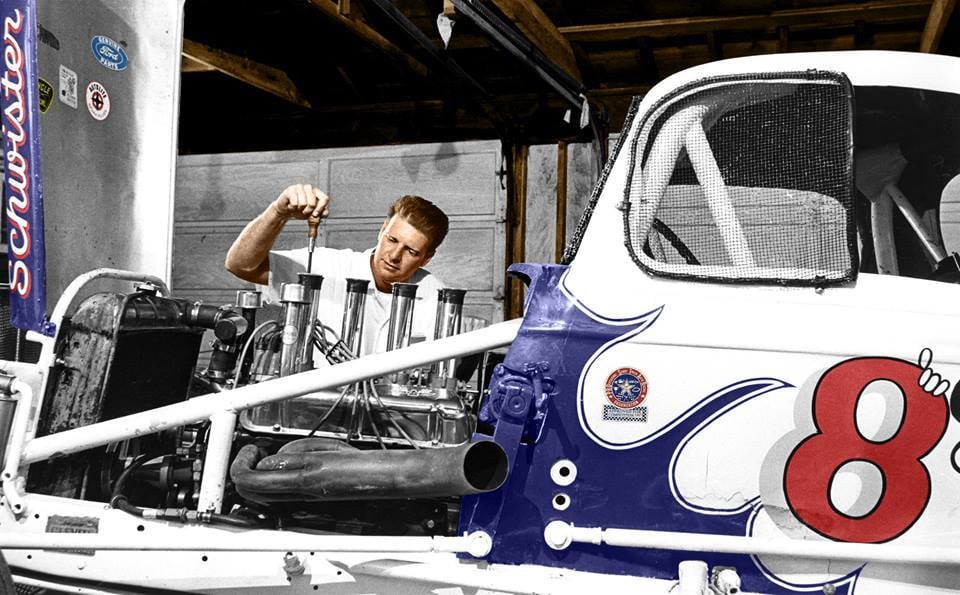 How did you get into racing?
Through my brother [Bill], he started helping Miles Melius in ‘58. I started driving in ‘63. I was building cars – Greg Krueger drove for me. He had the primary car; if it was ready, then I took mine. If not, Greg drove mine. I wasn’t much of a driver, my brother was. I don’t think I gave it enough of a chance, you have to work your way up. I liked building cars better.

Why did you stop racing?
It was getting to be too much, I was married and had a family. Two cars was too much, so I stopped driving and kept building them.

What do you like about Slinger Super Speedway?
I liked when it was dirt! (laughs) If you can drive at Slinger, you can drive anywhere. There is definitely a learning curve to drive there. They have the best races and the best show.

You were in the era of The Mouse, The Rabbit, and The Hound – did you have a nickname or a character on your car?
I built a car – a Model T Ford – and we called it the “Flying T”. We put a T on it with wings, and Greg Krueger drove it. I never had a nickname though.

You sit up in turn four at Slinger every Sunday; who’s the young man with you every week?
My grandson, Tyler Polaski. He loves it; there aren’t many kids into racing anymore. He’s bigger into Hot Rods, though.

What are you up to these days?
I’m not doing much anymore. I help my grandson build cars and do maintenance on my stuff. I have three cars yet: The Mouse Car [currently in the Southeastern WI Short Track Hall of Fame in Hartford], a ‘57 Ranchero, and a high-end ‘55 Ford.

Who helped you out when you were racing?
Dennis Poirier, Wally Janke, Ted Ciccarelli, and Herbie Sager. [Any sponsors?] My only sponsor was my dad – he gave me gas for the tow car and a place to work…a car and ½ garage!

Tell us about your family.
My second wife, Beverly, passed away from an aneurysm last year in October. I have a daughter-Sandy, her husband-Kevin and two grandsons Tyler and Tanner.

Of all the tracks you ran back then, which one was your favorite?
Hales Corners. They drew good crowds so it was a good-paying track. I liked Slinger too, but it seemed like a shorter track even though they were all ¼ mile tracks.

Which Slinger driver (past or present) do you have the most respect for?
Miles “The Mouse” Melius. To me, he was the innovator. Whatever Mouse had, everybody did that too. He was the AJ Foyt, the Parnell Jones…he brought that sport to what it is today. 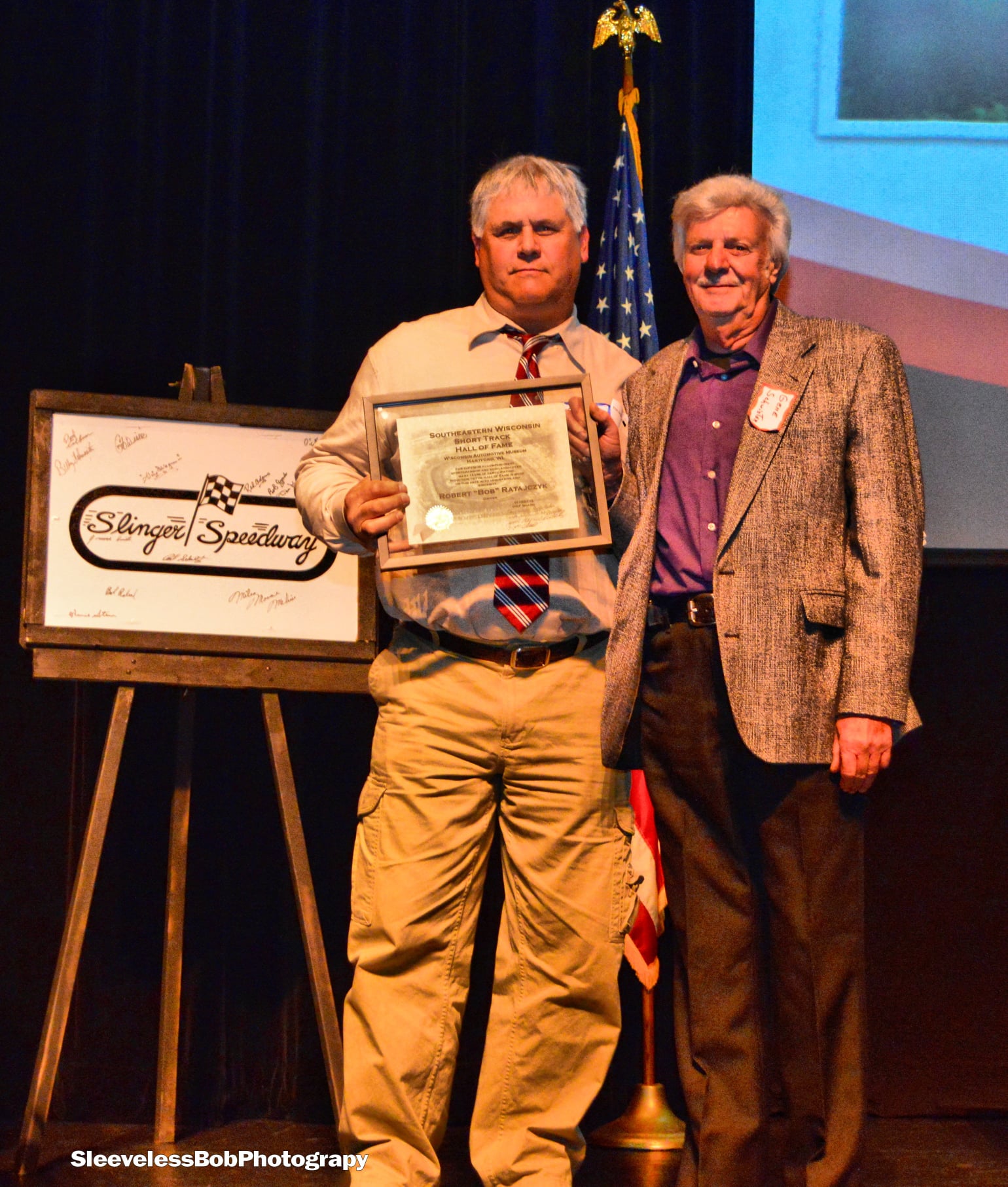