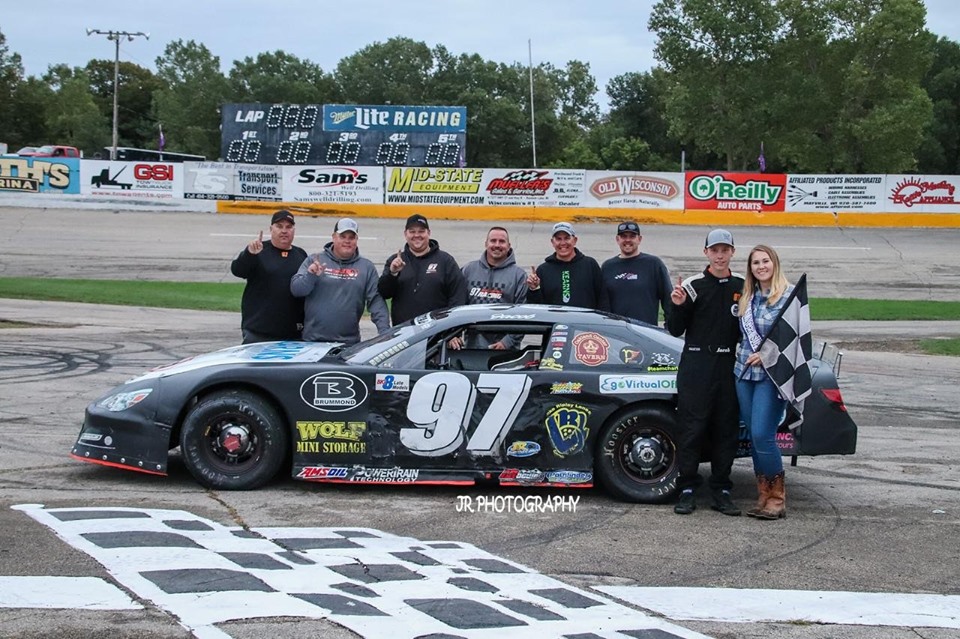 How did you get into racing?
I started racing at age ten in go-karts. My dad raced Late Models when I was a kid, and won the 2006 Late Model championship; he stopped racing to build a new house, then I started in karts. I did that for four years on dirt and asphalt, then moved into the INEX Legends for a couple of years, and finally a Late Model for the last three years running Jefferson, Big 8 Series, and Slinger.

Who is your favorite NASCAR (or other pro) driver?
Matt Kenseth for sure, even though he is retired now. Growing up I always cheered for him. He grew up in Cambridge [which is where Jacob is from] and my dad went to school with him and they are still close friends, so it is cool to know him personally too. My Uncle Justin worked on his pit crew for ten years, and is now shop foreman for the #11 of Denny Hamlin at JGR.

What do you like about Slinger Super Speedway?
I like the high banks, the fast times, and the speeds. It’s just an adrenaline rush for sure – like no other track!

You graduated from high school this past June; what do you do now?
I started working with the Local 139 Operating Engineers at Mashuda Contractors as a heavy equipment operator.

If you could meet one TV/movie character, who would you choose and why?
Tom Cruise [Cole Trickle] from Days of Thunder. I love that movie…it’s pretty awesome.

What is your favorite memory at Slinger?
Winning the 2019 Championship and having the feature win record with eight.

How did you get your car number (#97)?
When I started in go-karts, I drove for Jerry Sainsbury. His family team number was 97, and it stuck from there.

Your family recently lost your great-grandmother, Lucy. Tell us about her.
Grandma Lucy was the matriarch of the Nottestad Racing Family. We built racecars and worked out of her old shop on her farm growing up as kids, starting with my dad’s Uncle Randy, then my dad, and his two brothers Brent and Justin. She never missed a race for her son Randy, my cousin Dale, my dad, Brent, Justin, or me until just the past couple of years with health issues. Her shop was called “The Days of Thunder Shop” as it was essentially an old barn tractor repair shop when my Grandpa Ron was a kid, and out of it our family won hundreds of races and championships. Grama Lucy “GG” and I had a special bond as I would visit often and she would always ask me about school and racing. She typically started her conversation with, “Did you win?”. It is hard to think she is gone and I will sure miss her and our visits.

Which Slinger driver (past or present) do you respect the most?
Brad “JJ” Mueller. I don’t know him that much on a personal level, but my dad and uncles do. They go snowmobiling together too, and it seems like he’s a really good guy. 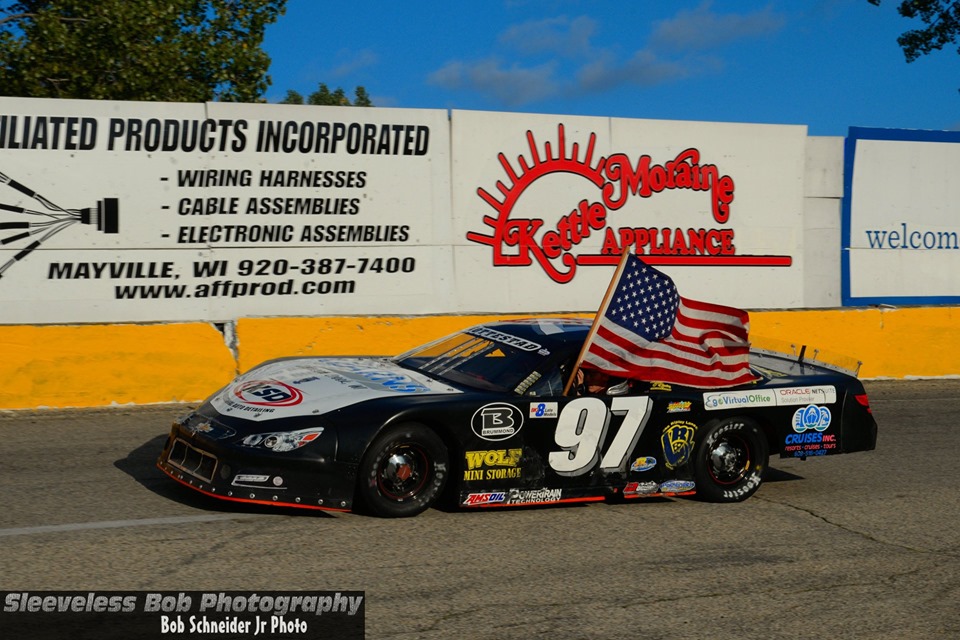