How did you get into racing?
At my dad’s salvage yard. Racers that were older than me came there for parts, and got me involved.

Why did you stop racing?
My equipment was out-of-date, I had over 50 years in…it was time to have fun watching.

What do you like about Slinger Super Speedway?
Everything [Follow-up question: Did you like driving on it better as dirt or asphalt?] Well, I think I only drove on it twice as dirt, and one of those times I ended up on my side, so…

What was your first street car?
Al: Some kind of Chevy product – whatever was available at the salvage yard. Gwen, what was that car I picked you up in illegally to go to Starlight?
Gwen: A Mercury? Yea, he wasn’t old enough and had no plates.
Al: No, it was a ‘52 Olds convertible, burgundy on the bottom.
Gwen: A rock hit the headlight after he took me home and he got picked up! Tell them about the ‘56 Ford convertible.
Al: I was driving around the junkyard, fields, and gravel roads from when I was seven years old. One night we were partying at the junkyard, having some beers and fun. There was a group of people, and Gwen took the beautiful ‘56 Ford convertible for a ride with two friends. She tips it over onto its top, and all three people were underneath. The car was destroyed, but still drove.

So Gwen is a little scary to drive with?
Al: (laughs) She drove, and won, lots of Powder Puff races. The girls ran our cars then; she drove the mod, late model, and sportsman.

What is your favorite memory at Slinger?
Winning $5000 at one of the special races!

How did you get your car number (#14)?
It’s Gwen’s birthday [Speaking of your wife, you mentioned that your 57th wedding anniversary is coming up in January. Where did you propose?] In the backseat of a ‘57 Chevy.
Gwen: We went to a place on Mitchell and asked for the cheapest rings they had….$9 each.
Al: They haven’t turned green yet!

In 1993, you ran all of the divisions that ran one night. What made you do that?
Al: You’ll have to ask Gwen…
Gwen: I’ll tell you why…he was nuts.
Al: There was a challenge by somebody. The worst part is…I finished the worst in the late models, which was my regular division.

In 1976, you earned a $265 bounty for beating Tony Strupp. Did you win any other bounties?
Not that I remember, but Jerry Eckhardt got one for beating me.
Gwen: We became best friends with Kathy and Jerry after that! Before that, we just kind of knew them.

Which Slinger driver (past or present) do you have the most respect for?
Lowell Bennett – he’s a clean racer 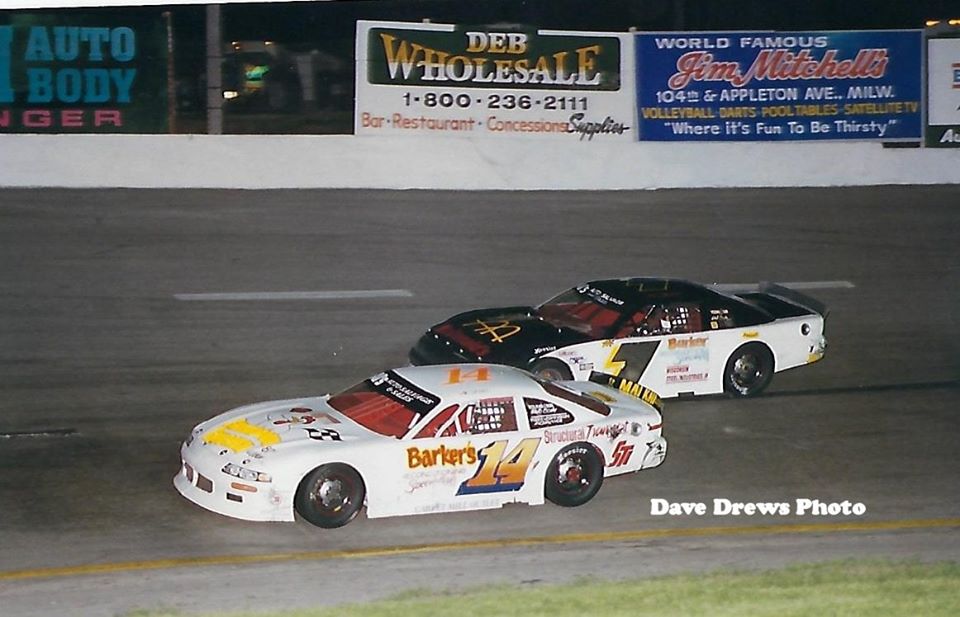