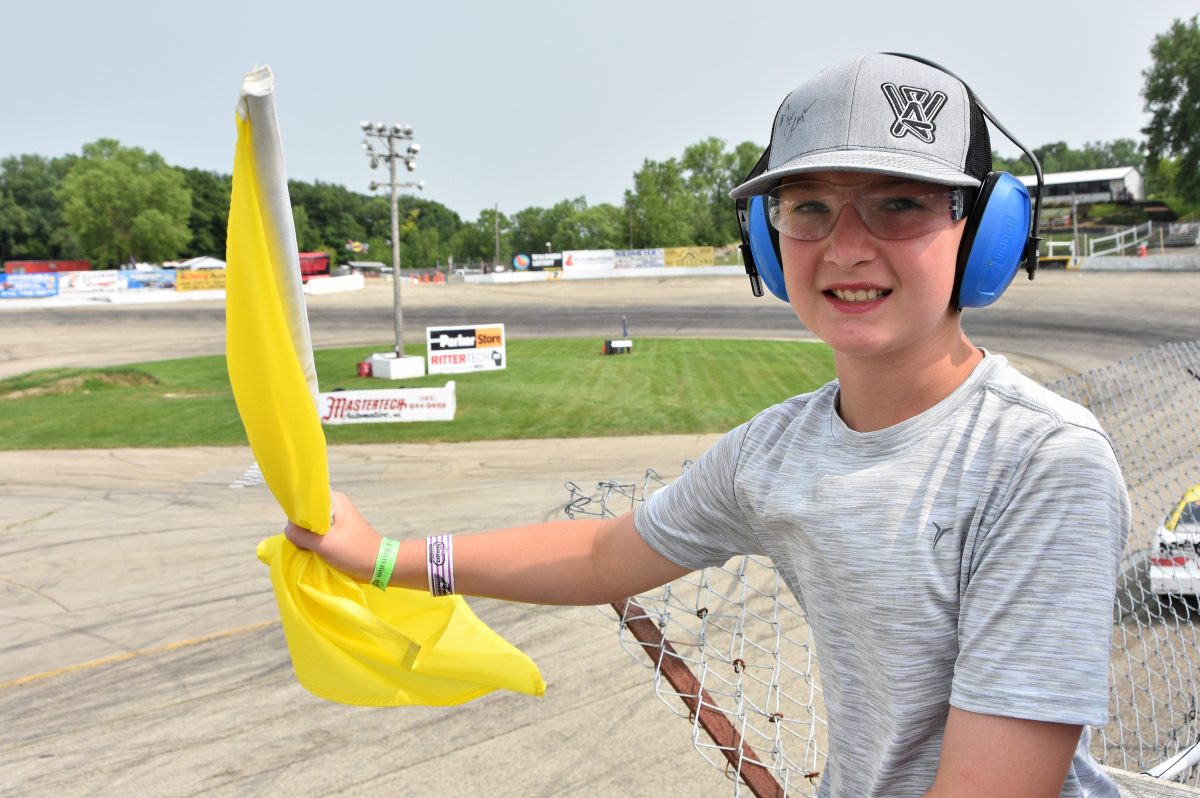 How did you get into racing?
When I was about 2½ years old, my mom and dad took me to the track. We stayed for the whole night. When we were ready to leave the pits, I started kicking and screaming because I didn’t want to leave.

What do you like about Slinger Super Speedway?
How fast it is…how the drivers race there…how tight the racing is

How long have you been flagging? What appeals to you about it?
I’d have to say about three years – when my friend started coming to the racetrack. When we were just going as a family, I used to sit up by my mom, dad, and sister. Then I told my friend, Matthew Magedanz, about Slinger, and he and his mom started coming. He started to come with his flags and then I got some too. I just like having control of it. It feels good to have control of what’s going on at the track.

You’ve been in the flag stand with Ryan Flanagan during practice. Was it more difficult than you expected?
It was difficult. Sometimes you have to flag while you are flipping the light switches and you have to keep watching the cars. [Hey, Ryan Flanagan – how did Eddie do? “He’s a good kid. He listens and wants to learn.”]

What is your favorite food at the track?
I would have to say the cheeseburgers!

How old are you? Why should kids your age attend the races?
11. Because it might get them inspired into different things instead of video games and stuff.

What does your future hold?
After high school I have like four things that I’m looking into: engine building, flagman, working on racecars in general, and working on car designs (paint scheme and stuff)

What is your favorite memory at Slinger?
Going up to the flagstand on the Monday before the Nationals last year, and Ryan gave me his old flag set!

What are your favorite two divisions at Slinger?
Super Lates – They are the fastest and the cars look the best. Sportsman – My dad and I like the old school bodies, and sometimes they have Oldsmobiles.

Which Slinger driver (past or present) do you respect the most?
Alex Prunty. Because when I was like four I started drawing racecars because we were always going to the track. His car was one of the easiest to draw. I started to give my drawings to him. He gave me a t-shirt and that is how it all started. Plus I also have some of his trophies that he gave me as a gift. 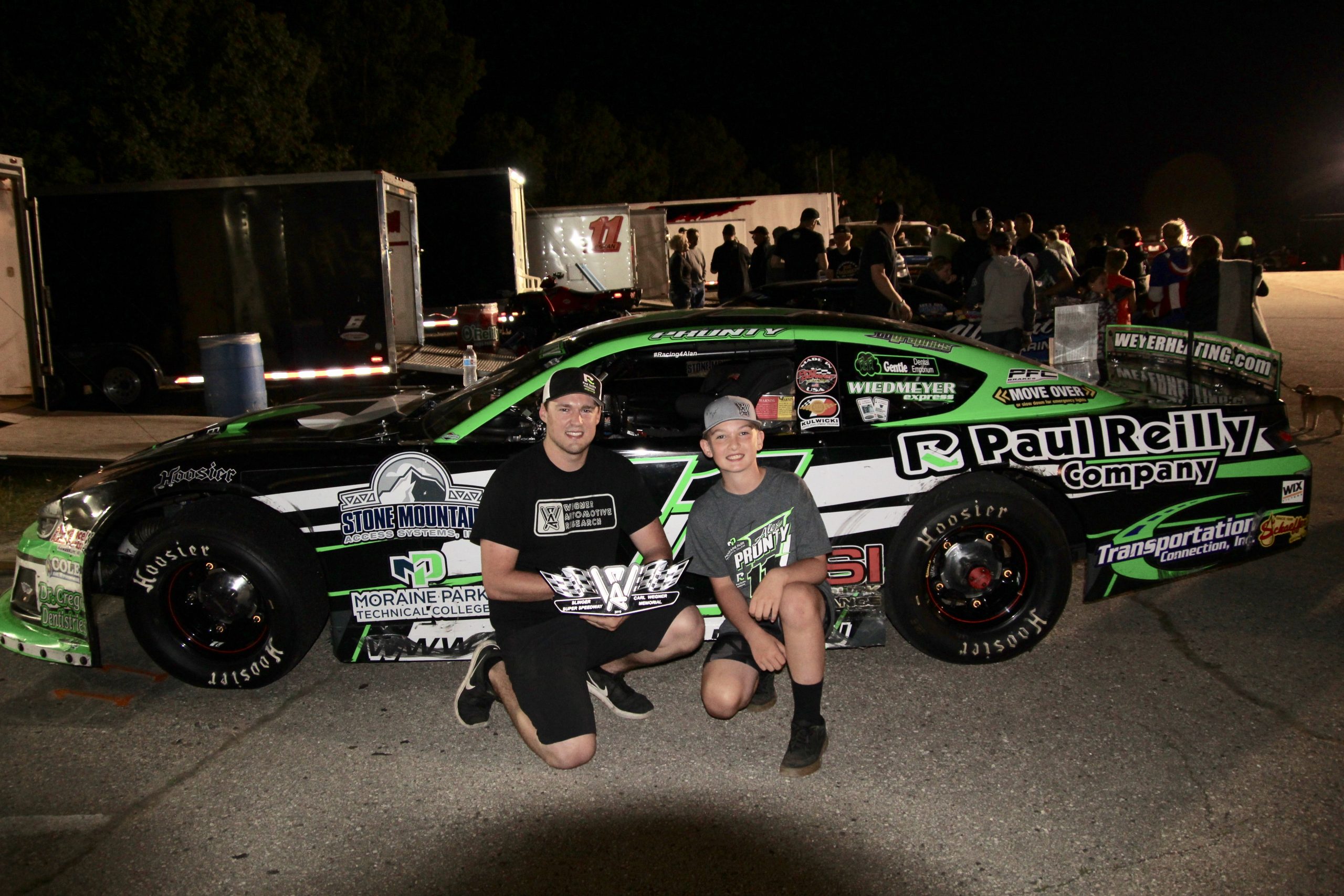