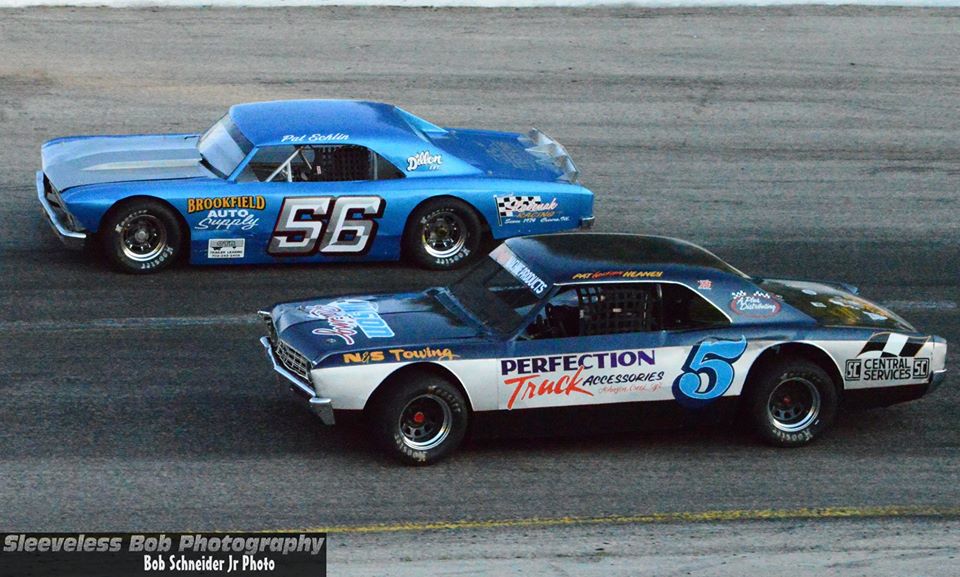 How did you get into racing?
(Laughs) My dad took me to the ¼ mile at State Fair Park when I was two years old. My mom said I was never the same after that. I was addicted. That was 1958.

When did you start taking pictures of racecars?
Before I was old enough to get in the pits, I carried a little camera around with me. If there was a car with a number on it, I took a picture. I probably did that for 7-8 years. When I started racing, I would get together with the photographers at the track, and at the end of the year I’d buy a bunch of pictures. Each year I wanted to have a picture of every car that raced at Hales Corner.

Then you started selling pictures…?
I attended a race car display show with a friend. He said I should bring along all of my pictures. So I set up a display, but everyone wanted to buy some of the pictures. So I bought a scanner, and started selling them. Then I started buying people’s collections and photographer’s negatives and it turned into another huge disease.

What divisions have you raced?
It’s easier to state which ones I haven’t (laughs). [OK, let’s change that to which one was your favorite to race?] Vintage. I just love the old cars. Any time I have a conversation with kids, I say “You might be young and I might be old, but I drove all the COOL cars”.

You are making a return to the high banks this season – care to share the details on that?
I never raced there full time, although I can probably say I’ve raced there 50 times. It’s a new challenge. I don’t think I’ve ever won at Slinger. I’m just tired of the traveling. Slinger is close to home and I have a lot of friends there. Those are all the reasons I had to give my wife to allow me to do this. I started racing with a ‘57 Chevy in the Sportsman division and I’m going to end it with a ‘57 Chevy in the Sportsman division.

Who do you need to thank?
Crew: Scott Krueger, Travis Brugger, Dennis Koss; Sponsors: Koss Manufacturing, SJS Roofing and Construction, Oak Creek Automotive (Bobby G and I have raced each other for many years), VonBohn Products; Anyone else: My wife, Mary Kay, for her tolerance and all of the fans of ‘I’m a Fan of Pat “Hacksaw” Heaney Racing’ on Facebook, all 577 of them.

Speaking of that, how did you get the nickname “Hacksaw”?
(laughs) I used to bust my knuckles working on racecars with a hacksaw back in the ‘80s and a friend of mine gave me that nickname. I used to tell people I cut a racecar in half with a hacksaw, but I was just a careless kid.

What was your first car?
A 1963 Pontiac Grand Prix. It ended up in the boneyard; I did not treat it very well. Back then, if we were too dumb to do it on the racetrack, we did it on the street.

Which Slinger driver (past or present) do you respect the most?
Frank Smith. He’s a great guy. Frank was so smooth, clean and fast. I remember things from about ‘64 on even though I had been going to the races from ‘58 up until that point. From about ‘64 on, Frank Smith became one of my favorite drivers. Usually when you are really good, people turn on you. They start to root for the underdog because they get tired of watching you win. They had a system back then that if you were fast qualifier, you started at the back. To get to the front, he had to pass 18 cars in 12 laps. Very difficult to do – to have to pass all those guys. Frank was always very exciting to watch, and was clean. He’s a big hero of mine. In the later years, in the last 20 years, I’d choose Gary LaMonte. I used to sponsor Gary when I had my speed shop (Buddy’s Racing Equipment). He’s always been a clean driver and I prefer clean driving.