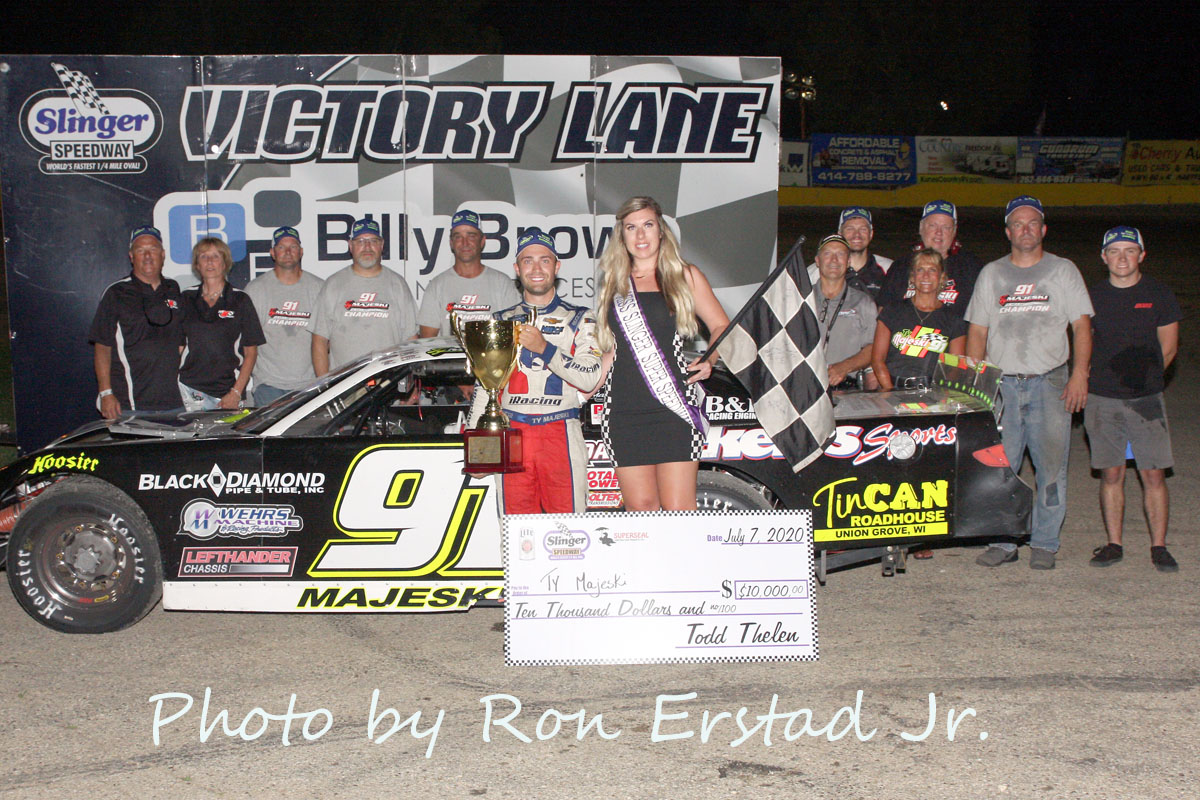 Slinger, Wis., July 8— Redeeming himself from a last lap loss a year ago, Ty Majeski overcame power steering issues to capture a convincing victory in the SuperSeal Slinger Nationals presented by Miller Lite on a sweltering Wednesday evening at the Slinger Super Speedway. The prestigious event was postponed a day later after a strong rain deluge flooded the grounds on Tuesday night.

“I don’t know if I could go another hundred laps that was tough,” an exhausted Majeski stated after emerging from his car in victory lane, “I don’t know if we had a power steering fluid leak but during the run it was okay but when I got to counter steer the steering got super tough and I was just trying to go as hard as I could without slipping the rear tires.”
“Thankfully we didn’t have many restarts at the end as I would have been in trouble for sure,” Majeski continued after taking the lead on lap 54 and never relinquishing the top spot as the final 103 laps ran caution-free. “The heat on top of the circumstances too made it a tough one,” reiterated Majeski who is in his first full season in the NASCAR Gander RV & Outdoors Truck Series.

Casey Johnson kept Majeski honest and chased him throughout the second half of the event before having to settle for a runner-up finish .598 seconds behind Majeski at the checkered flag.
“The car was real good and we had great long-run speed but just couldn’t fire on the restarts.” Johnson said afterwards, “It’s good to have a good run as the last few Nationals we struggled but (car owner) Travis (Dassow) gave me a good car today and 50 laps in it really took off and never fell off on speed.”

Luke Fenhouse was the evening’s fastest qualifier and he advanced from his twelfth starting position to run as high as second before ending the night with a strong third place result.
“We were really good at the end of the halfway break and made a small adjustment but it just wasn’t enough and it just got worse.” Fenhouse said, “But this is an awesome show and I love coming here and I love this racetrack and the fans and the atmosphere and putting on a show for them.”

Marietta, Georgia’s Corey Heim finished 13th in his Slinger debut but many of the other traveling drivers struggled on the evening with Senoia, Georgia driver and 2017 Nationals champion Bubba Pollard racing as high as third place at the halfway break before exiting the event with handling problems to finish 18th. Iowa’s Sammy Smith, driving for NASCAR Cup champion Kyle Busch’s super late model team exited the race after tangling with Johnny Sauter to finish 19th while Michigan’s Carson Hocevar finished 22nd after suffering a suspension failure.
Defending Slinger super late model track champion Steve Apel led laps in the early going before finding himself in the wrong place at the wrong time as he was swept up in an incident with a lapped car while leading and finished 23rd. Rich Bickle advanced into the top five before his car slowed with battery issues, leaving him with a 24th place finish and Brad Keith looked strong early as he led several laps before also exiting with mechanical problems and finishing 26th.

Fans and sponsors contributed a record $12,500 to the lap leader bonus money paid to drivers who led laps and Ty Majeski’s take for the 146 laps he led coupled with the winner’s share of the purse made the event one of the richest Wisconsin asphalt super late model events in history.

The top 14 drivers from the qualifying session were locked into the main event with Luke Fenhouse taking fast qualifier honors after touring the speedway in 11.237 seconds. The rest of the field competed in two 15-lap positioning races to determine starting spots and Derek Kraus won the first race to claim the Chris McIntee trophy. Florida’s Steve Dorer finished second ahead of Rich Bickle, R.J. Braun and Stephen Nasse. Austin Nason won the second positioning race over Chris Blawat and Johnny Sauter while Conrad Morgan and Dale Nottestad were fourth and fifth respectively.

Jacob Nottestad won the 40-lap late model feature over Jakob Hassler and Ryan Gutknecht. Zach Riddle finished fourth and Jeff Holtz was fifth. Adam Peschek took the checkered flag in sixth place ahead of Tom Jasinski and Jerry Eckhardt in seventh and eight respectively. Mitchell Haver and Tyler Hromadka rounded out the top ten finishers. Jacob Nottestad was the fastest qualifier with a lap at 11.990 seconds. 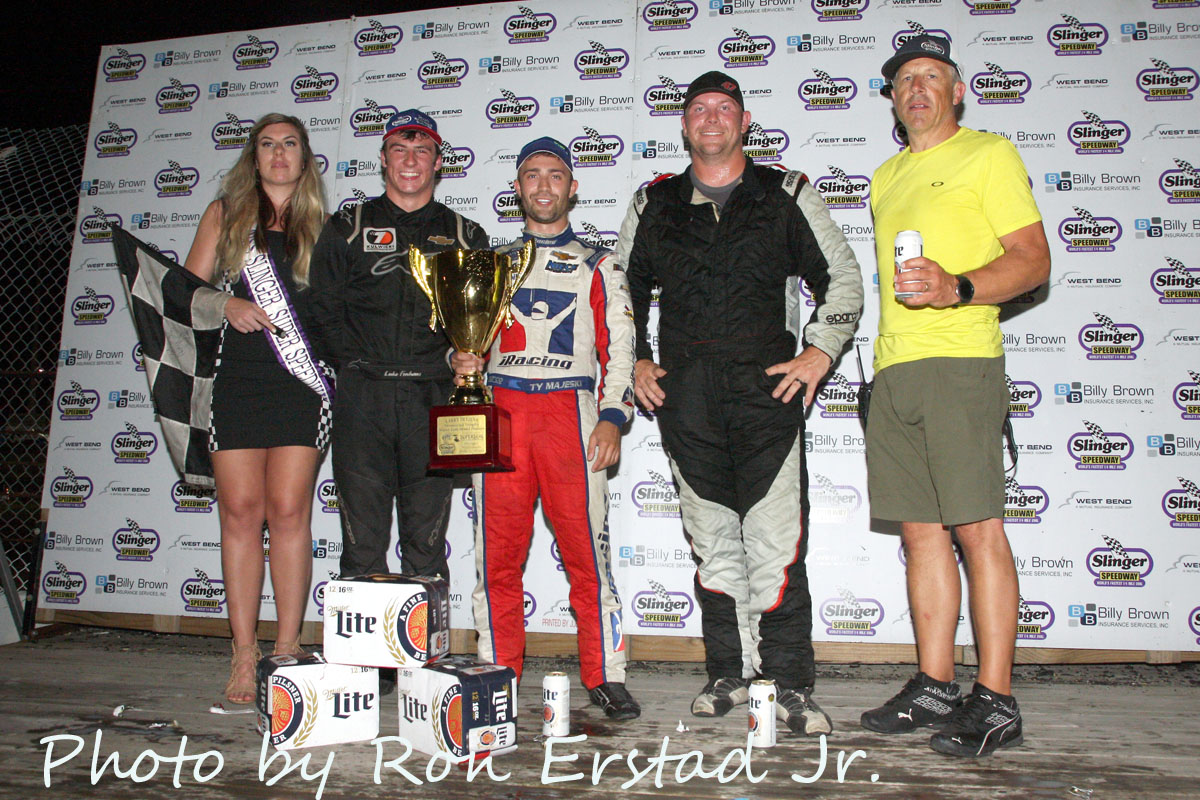 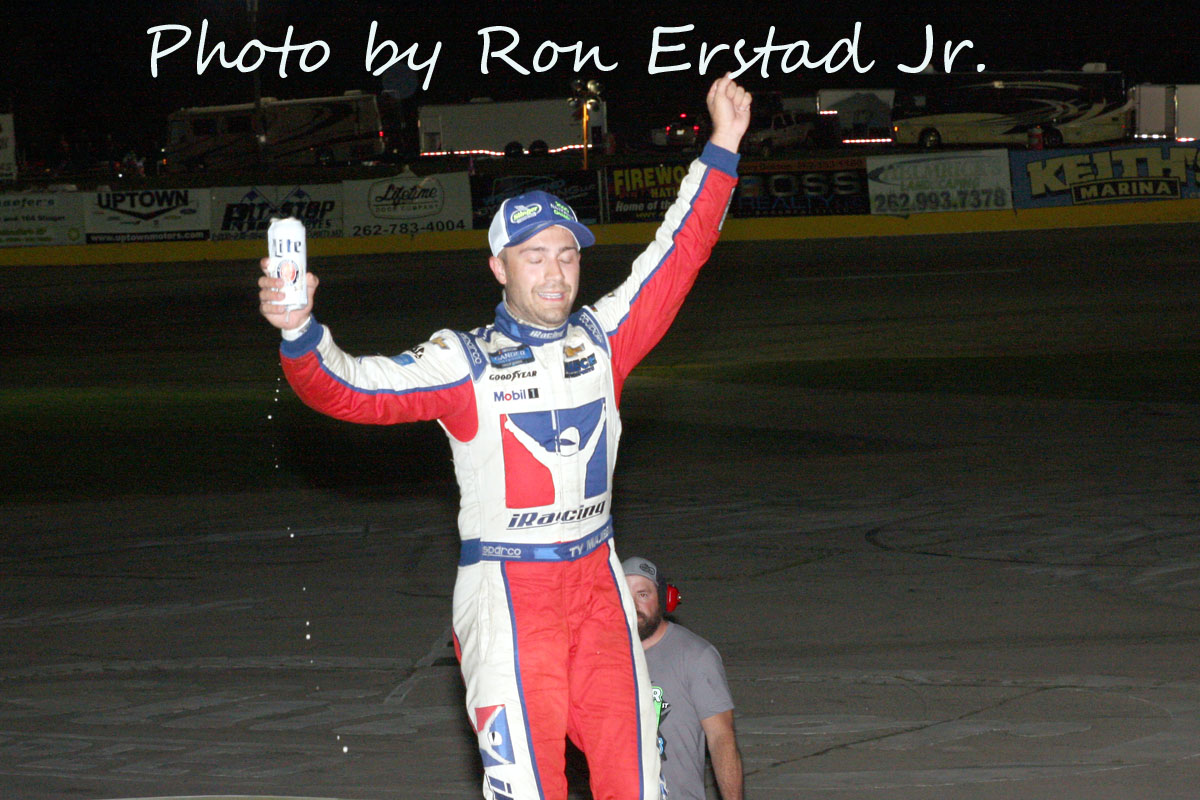 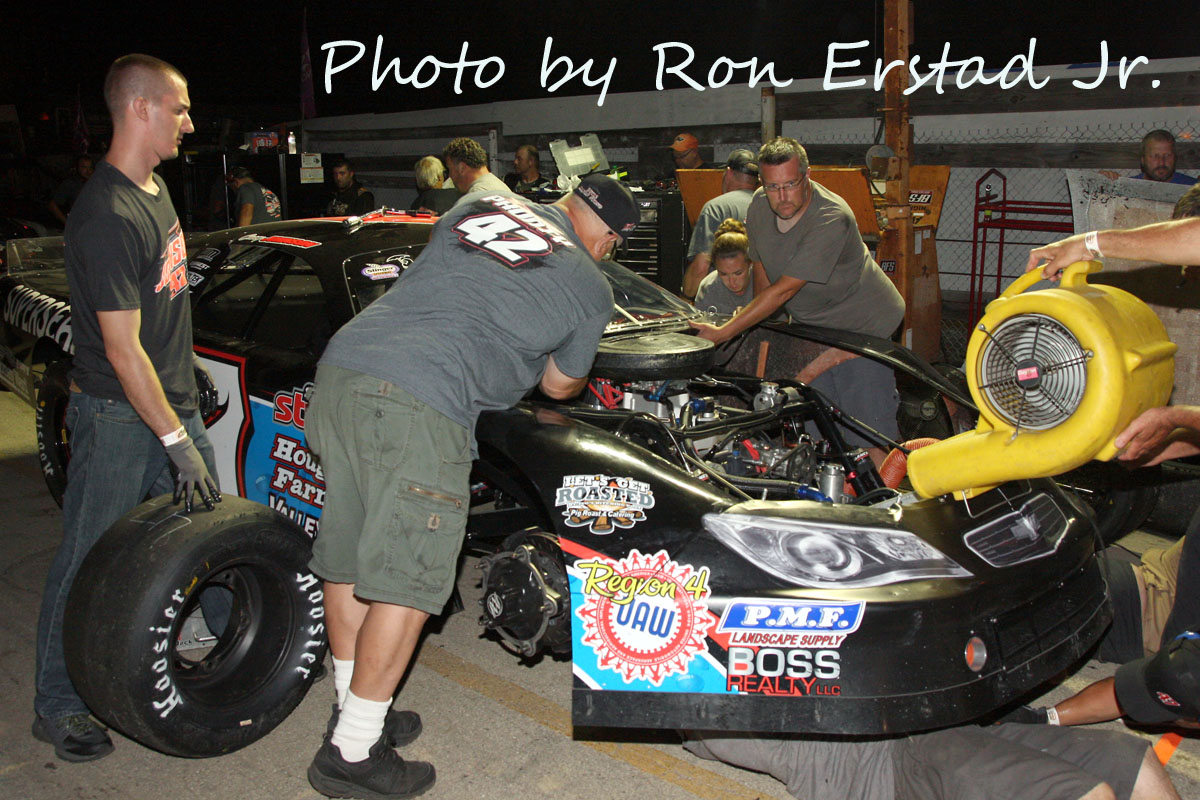 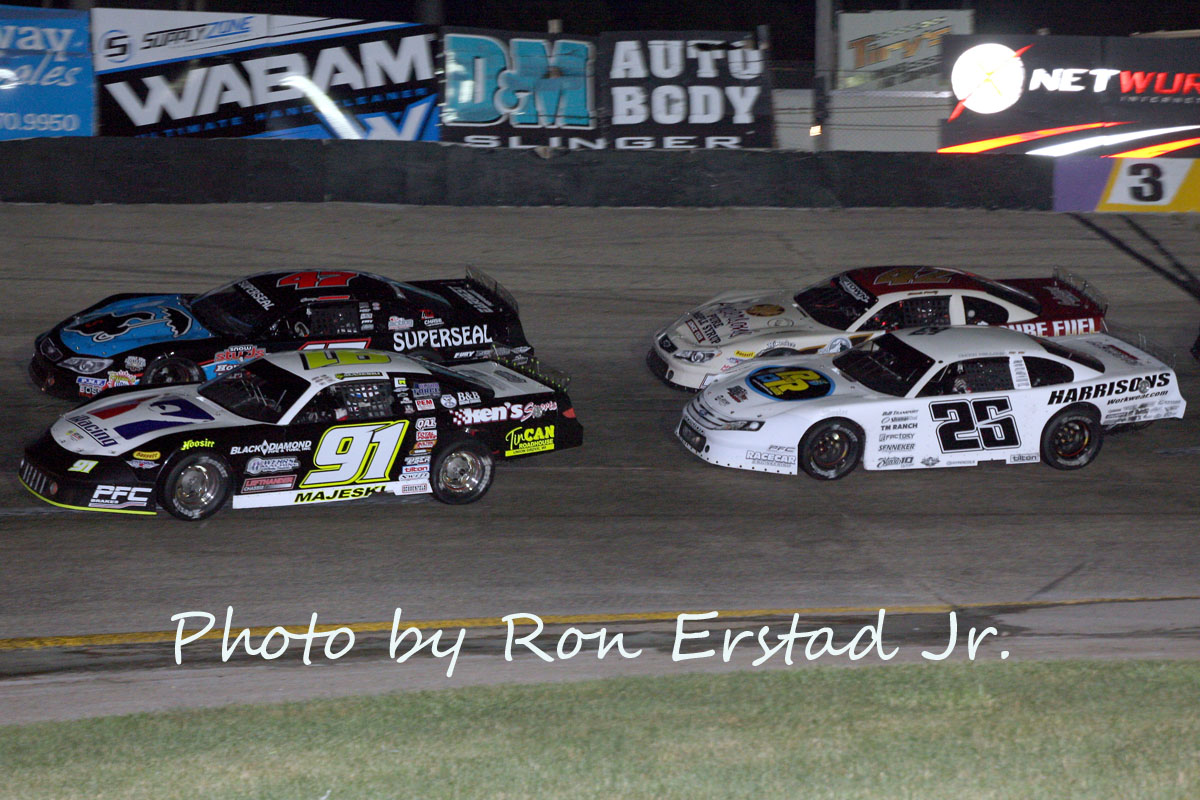 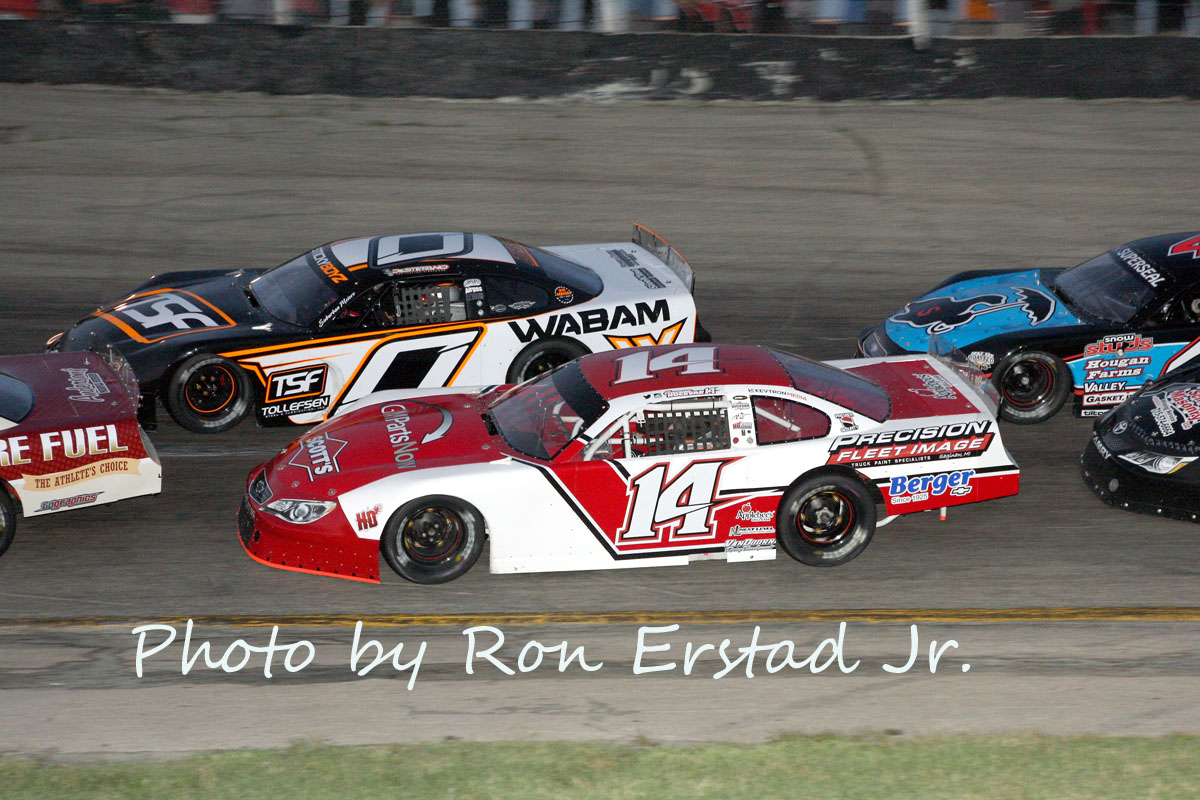 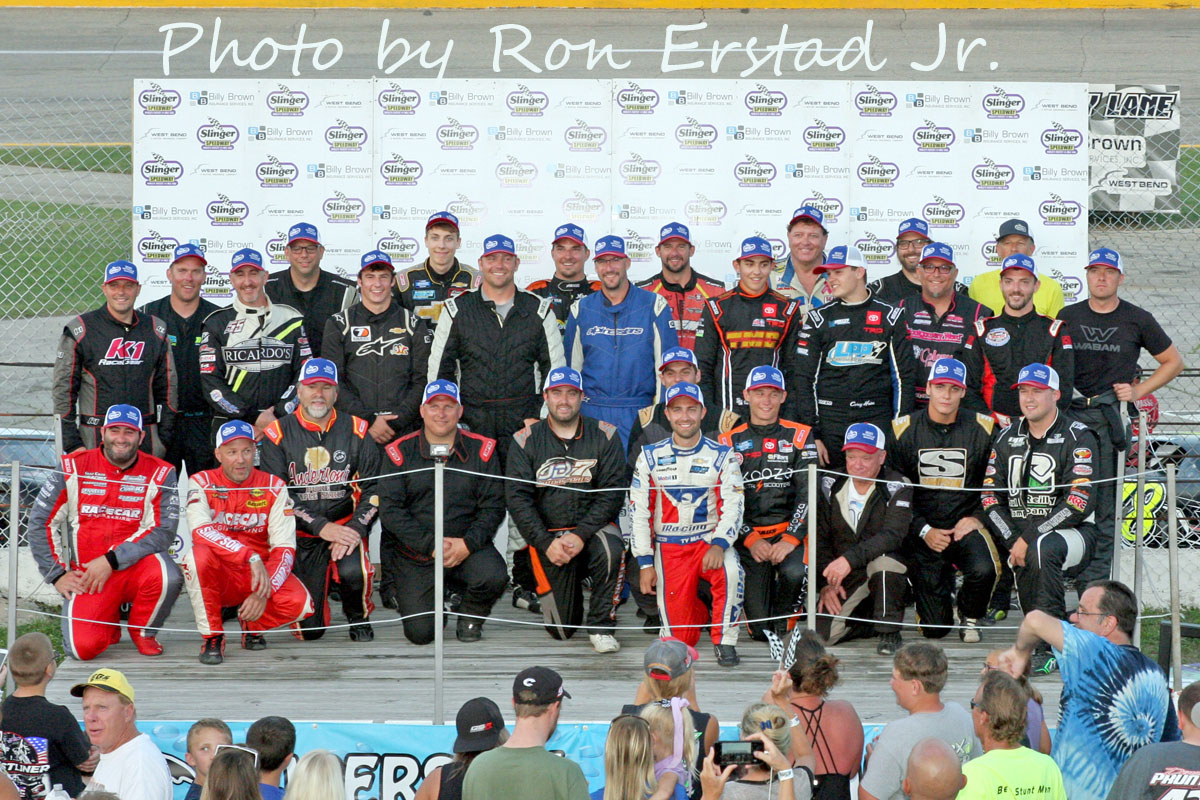 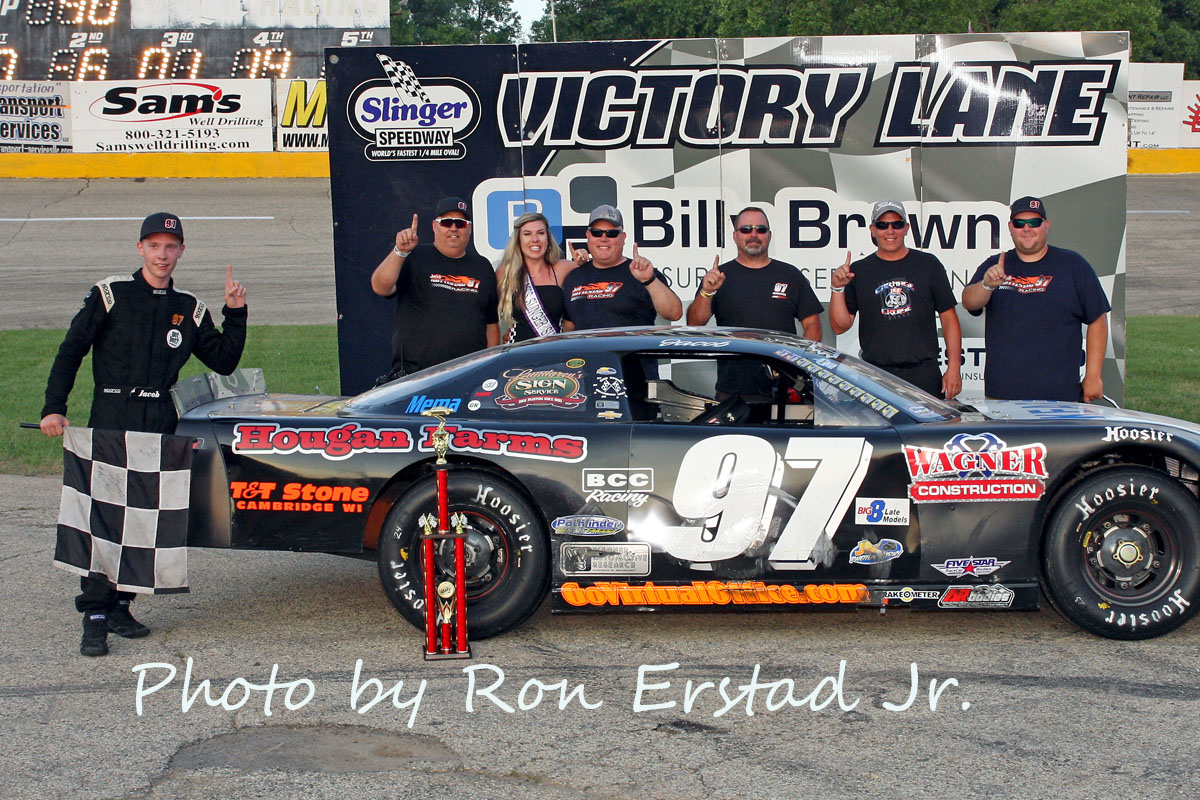 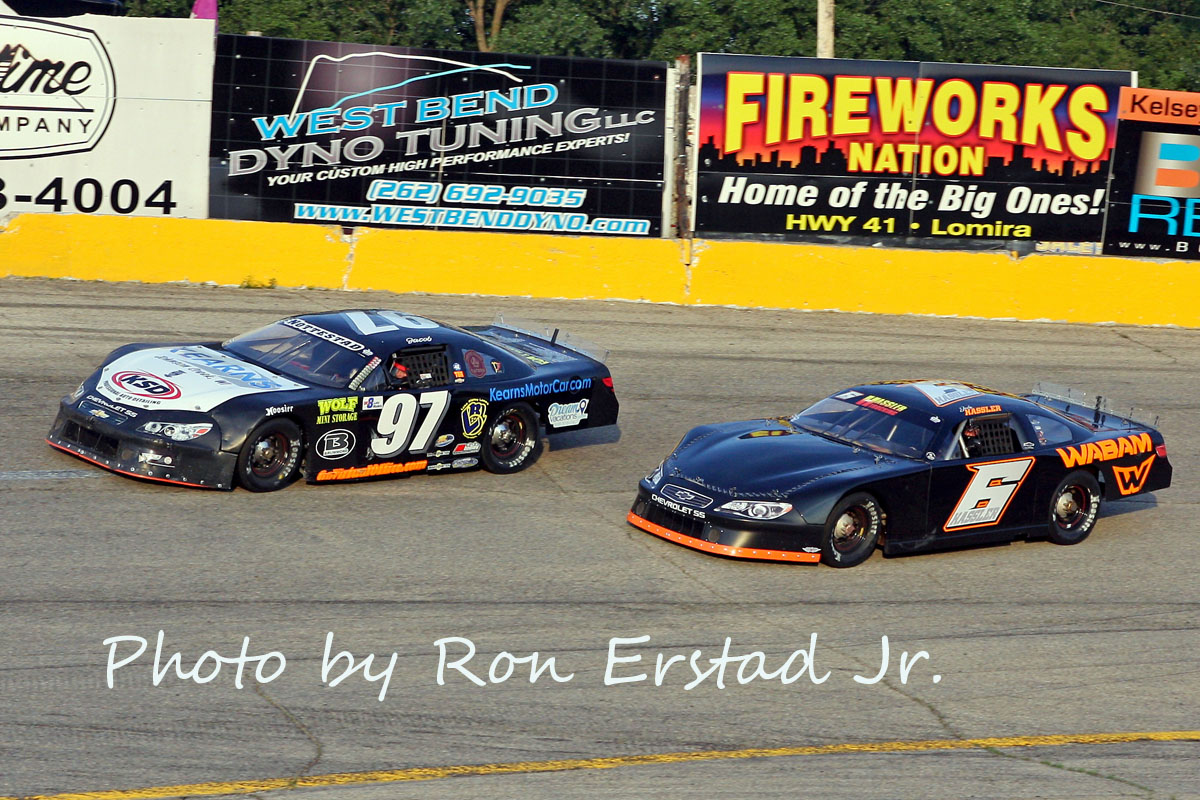 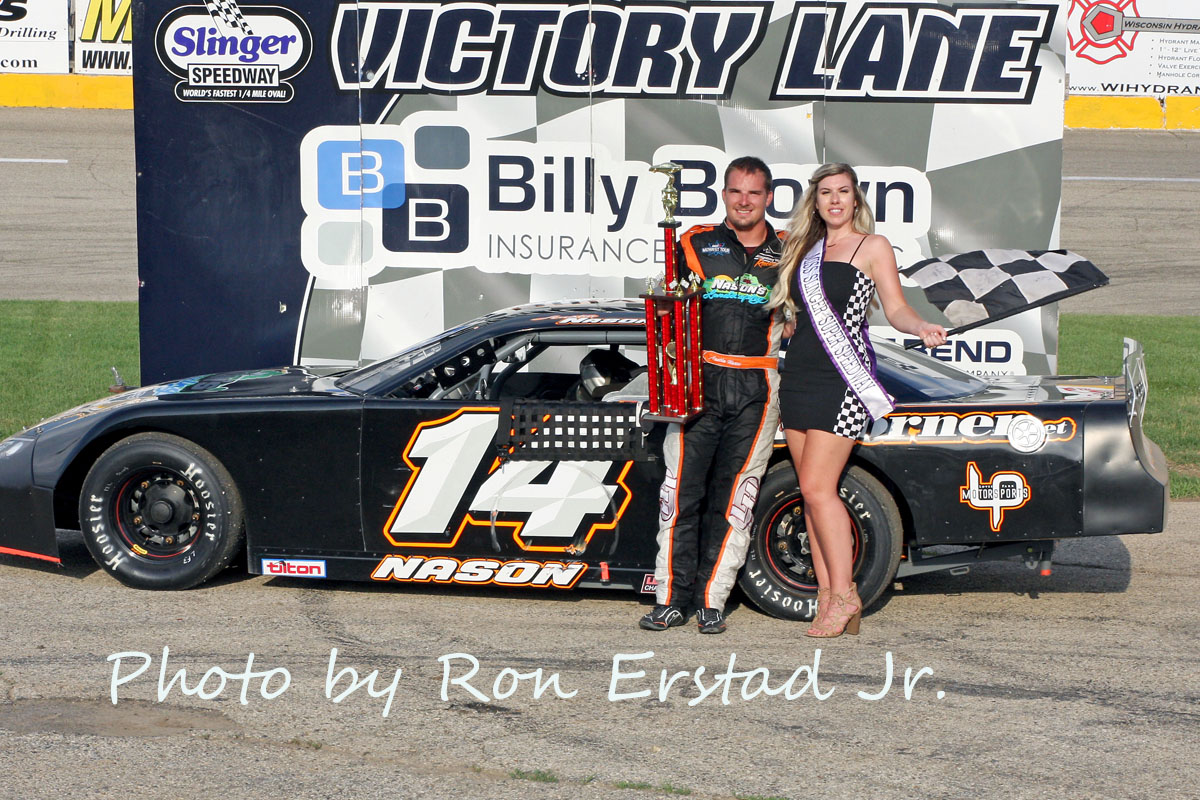 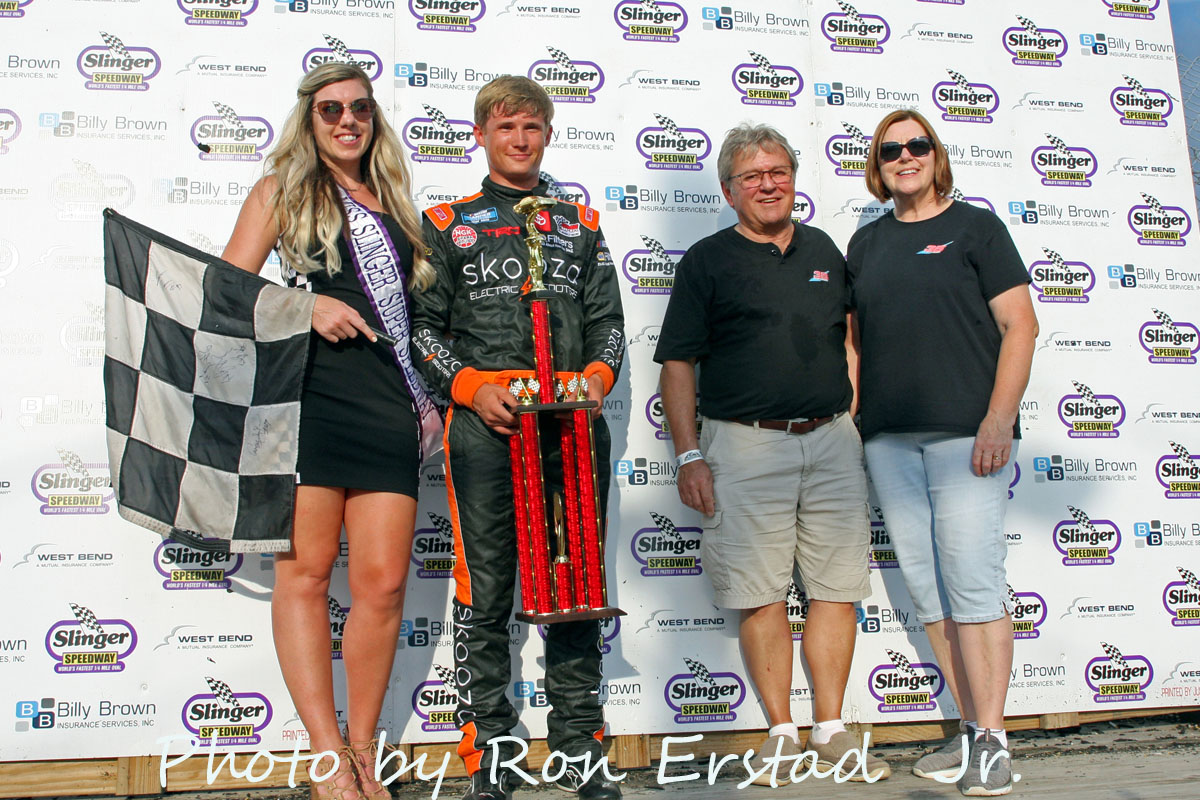 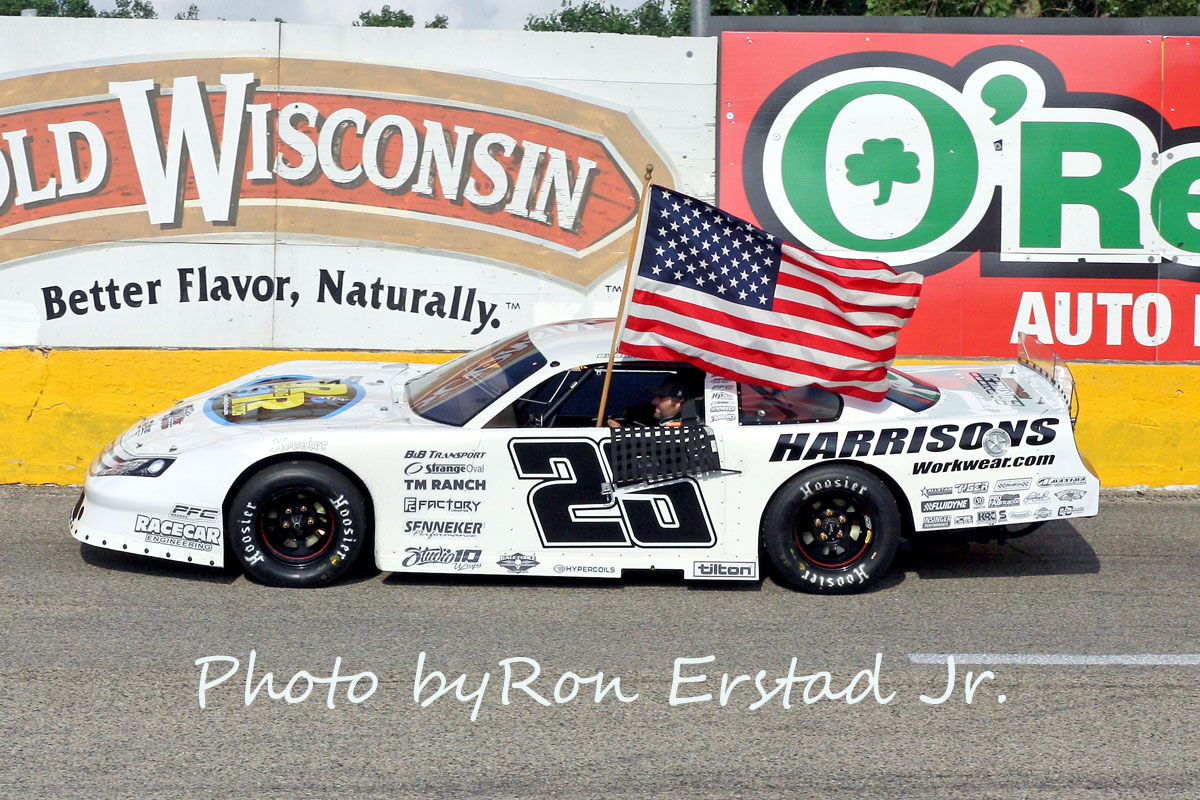 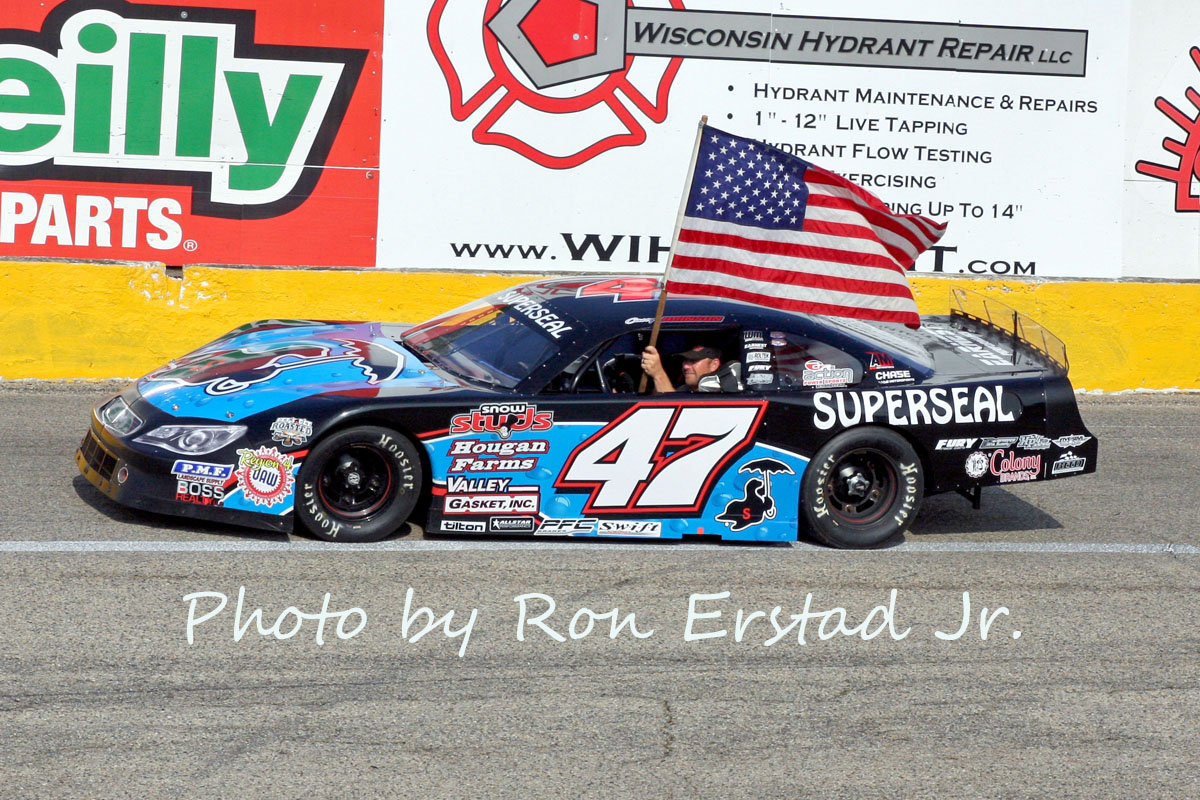 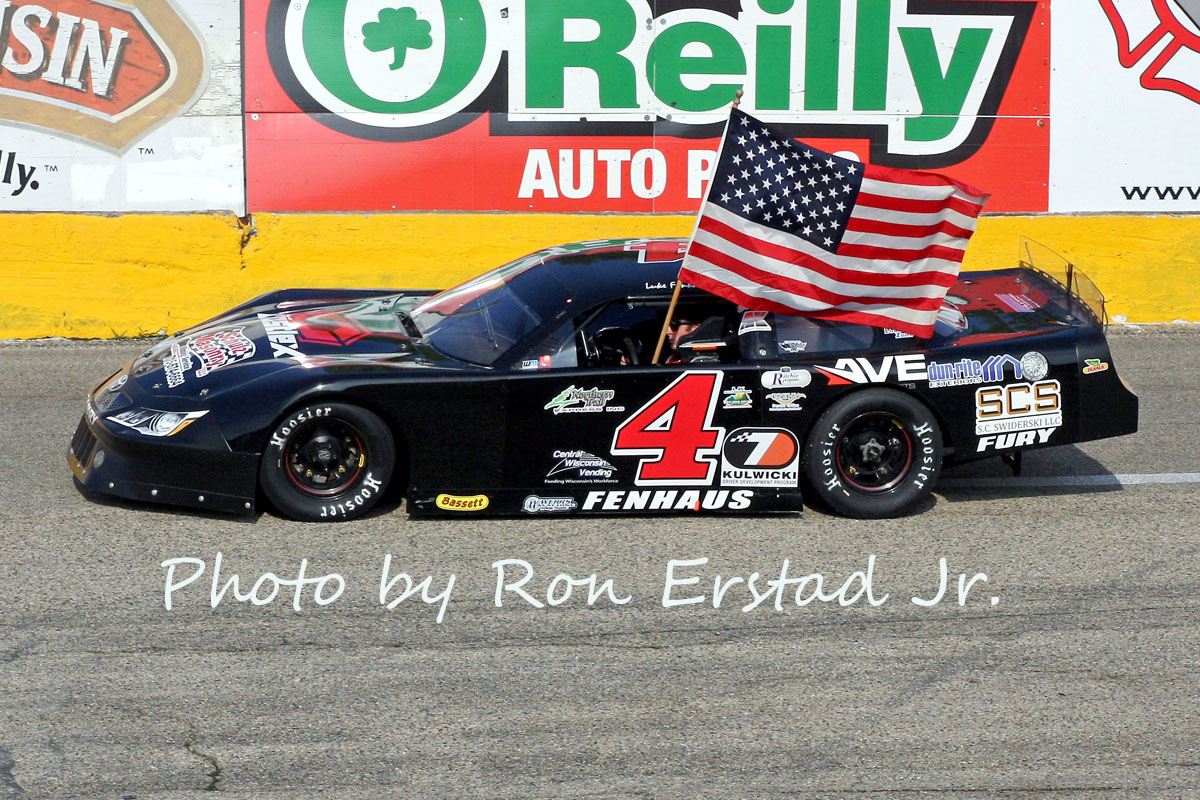 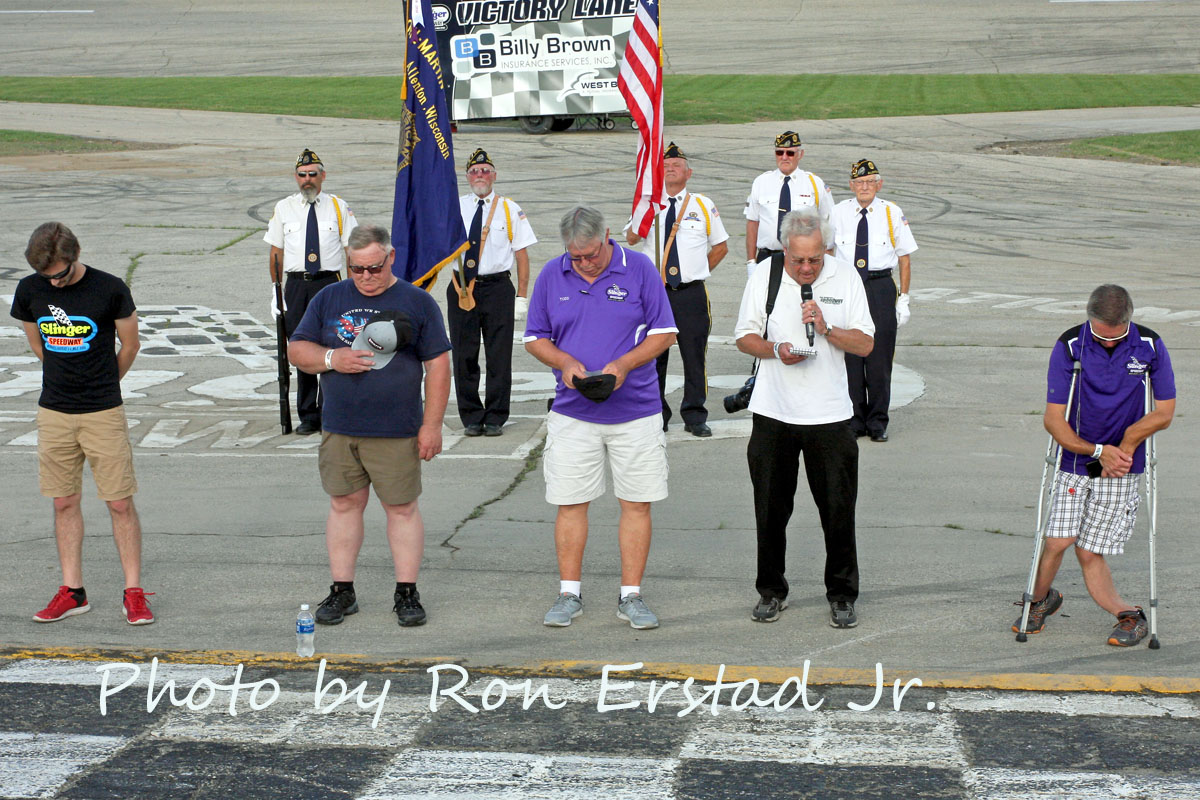