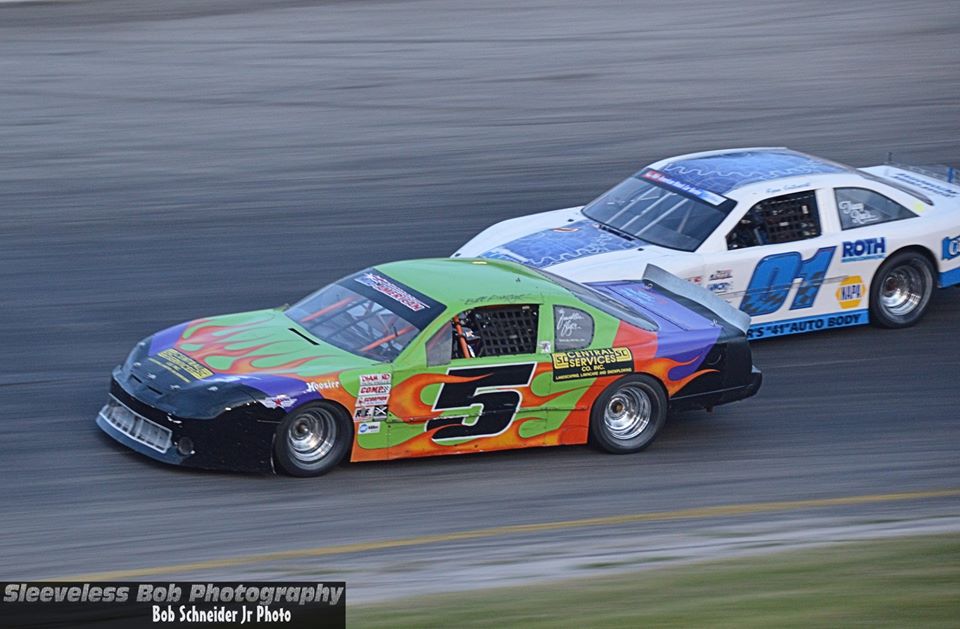 Driver of the #1 Diamond Racing Wheels Modified
“It has been 48 years of going in circles and ending up in the same place.”

How did you get into racing?
I was born in Plymouth and Carl Kulow lived around the corner. I would ride with him to the track and Happy Laack who ran the races was a relative. When I moved to the Milwaukee area in the middle 60’s I would find a way to get to Hales Corners. It was always something I wanted to do. One of Jan’s and my first dates was to Hales Corners. Boy did I buffalo her. She had NO idea what she was in for.

Who do you need to thank?
Crew: Over the years – way too many to get them all. In my Sportsman days and early Dirt Late Model Days, I had three guys that made me look good. Ken Czubkowski worked with me over thirty years and was meticulous with preparation. Dave Young and Ernie Olson also were very instrumental for me. The four of us did everything on my Sportsman cars. Bob and Tony Zidar owned my first Dirt Late Models and we raced locally and traveled extensively for four years. Without their financial support, I would have been out of this rat race in 1980. Mike Randerson built us some really nice and competitive cars. Duane Bower owned a Ray Callahan Bullitt racecar and asked me to drive it in 1985. It was probably the premier dirt car at the time. He bought a couple more in the years we raced together. In the winter of ‘92, Gary Vercauteren convinced me to try the MidAm series so Larry Richards built me a car. Later on, Denny Norton and I spent the winter of 2002-2003 building the MidAm car I still have today. Kenny Richards asked me if I would like to drive his Sportsman car in 2013 and we had good luck with that car. Dan Mech offered me his Legends car for three years too. The latest victim to let me drive his cars is Bill Tandetzke with the Modifieds. We had to reassemble one that sat for ten years. When he brought it to my house covered in ten years of dirt on a moving cart, Jan said, “You are going to race THAT?” With the help of Tom and Jeff Jasinski, we put it together in two weeks and I won with it at the Dells the first time out. Over the years many more people have helped make me look good.

Sponsors: St. Francis Auto started it all on my Sportsman. Concrete Raising Inc, Heiser Trailer Sales, Miller Brewing Co., Central Services, and Diamond Wheels have all been very helpful over decades of turning money into noise. Performance Unlimited, Outlaw Chassis and Lynch Superstores also helped me along the way. Once again, through the years, way more companies pitched in to help me.

Anyone else: Jan for writing the checks all these years.

What is your real job?
Jan and I own Quality Auto Repair Inc. in West Alli – 35 years in business and somehow she still puts up with me.

For the Modifieds this year you created the Prietzel’s Quality Auto Repair Triple Crown Bonus, a contingency bonus based on finishing positions. Why did you choose to do that?
Jan and I talked about it after the first two shows for the Modifieds were cancelled. It was a way that we hoped to get more cars to come and try Slinger. I talked with Todd Thelen and he was very receptive to the idea. Since there were only three shows remaining, we thought it would be an extra incentive to race.

Please name the many different divisions you have run. Are they any left that you want to try?
Dirt Sportsman, Dirt Late Model (Pro-Star, NDRA, Hav-A-Tampa, USAC), dirt and asphalt Legends, asphalt Sportsman (MidAm, Tundra, etc. with different rules packages), MidAm Trucks, Road Racing with MidAm, SCCA, TransAm and Nationwide, ice racing and Modifieds. Lots of different cars in lots of different venues. One thing I have never driven is a winged Sprint Car. I think that could still tickle my fancy. I never drove an asphalt super late model either, that could be something to try.

You are known as “The Franklin Flyer”. How did you get that nickname?
In 1981 we were going to race the National 100 at Phenix City, Alabama. Tony Zidar of Concrete Raising wanted something different on the car. He said that since I lived in Franklin, we should make it the Franklin Flyer. That’s how it started.

How did you get your car number(#1)
On the Modified, it came on the car.

What was your first street car?
A ‘61 Ambassador.

Which Slinger driver (past or present) do you respect the most?
Not one in particular. I have seen many, many very good drivers at Slinger over the years (both dirt and asphalt). 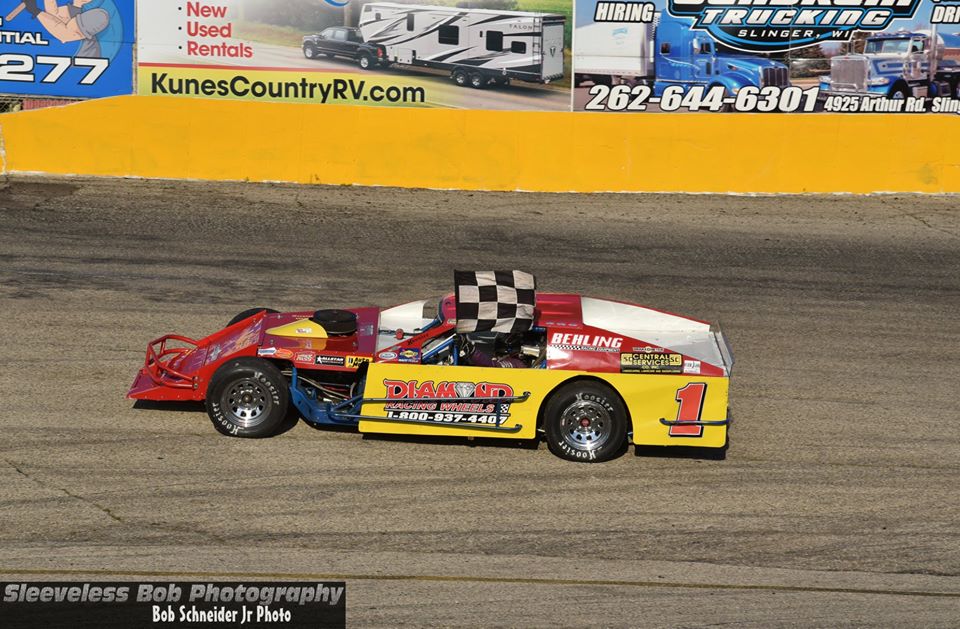