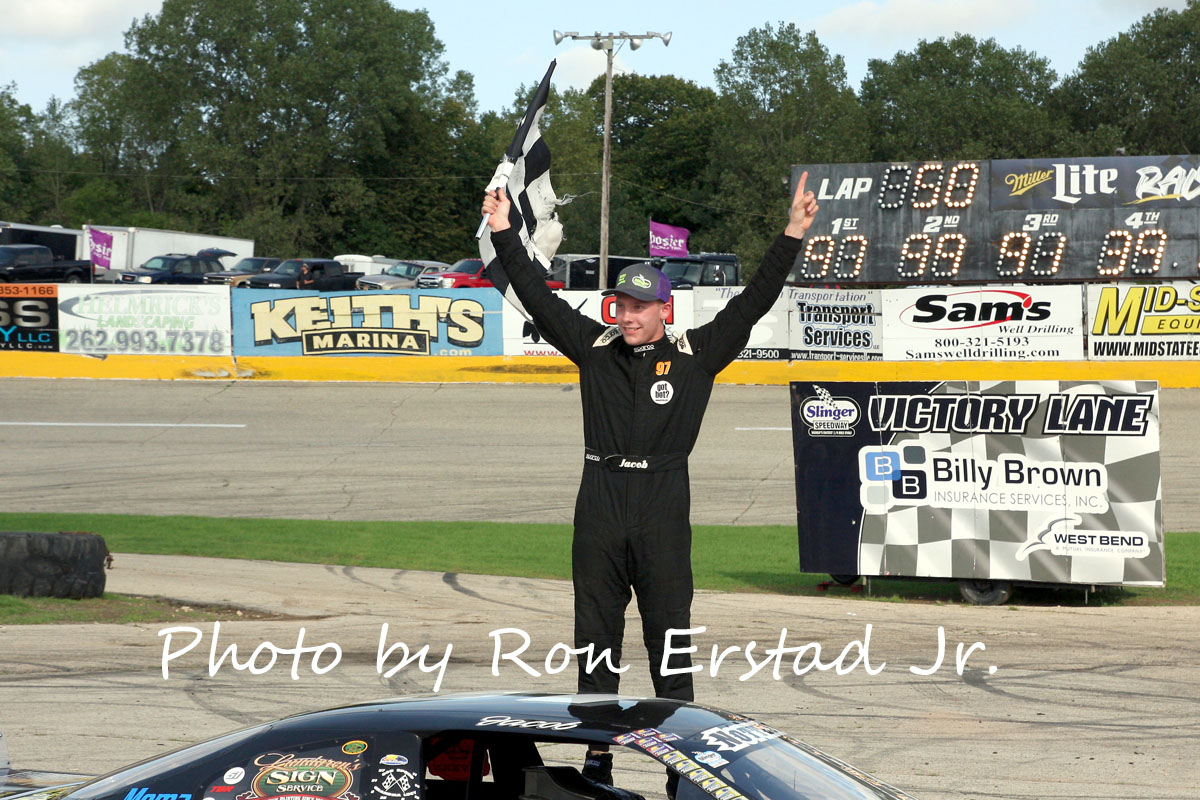 Tom Berens paced the opening two laps before Tom Jasinski took a turn at the point, taking the lead on lap three. Jacob Nottestad had worked his way up to the second spot by lap five when Ryan Gutknecht became the first of the championship contenders to experience problems when he tangled with Nick Egan in turn one while racing for fifth place to produce the caution flag. Gutknecht appeared to have the damage minimalized when Egan took the blame for the incident which in effect returned Gutknecht to the fifth position. However, a flat tire on Gutknecht’s car relegated him to the pits for repairs and he rejoined the race deep in the field. Nottestad took advantage of Gutknecht’s misfortunes and quickly charged to the lead as racing resumed on lap six. Jasinski and Berens kept Nottestad honest in second and third place respectively while Zach Prunty and Cole Thomas began to slice their way forward to challenge the top five. Gutknecht also worked his way back toward the front, edging closer to the top five following caution flags on laps 21 and 29 for single car spins. Nottestad would not be denied on each restart though and he continued to maintain his lead as the laps began to click away. Berens moved around Jasinski for second place and Prunty and Thomas did so as well to advance to third and fourth place respectively. Gutknecht sat in sixth place and received one last chance to catch Nottestad when the caution flag appeared again with just four laps to go for another single car spin. Berens tried to challenge Nottestad for the lead over the final laps but once again Nottestad prevailed and he drove the victory, leaving Berens to settle for second. Cole Thomas finished a strong third just ahead of Zach Prunty who finished fourth. Gutknecht finished in fifth and fell short in the championship fight as Nottestad’s victory was enough to clinch the season championship. Tom Jasinski finished sixth followed by Tyler Schley and Nick Egan in seventh and eighth respectively. Ryan Craine and Joe Shelby rounded out the top ten finishers.

“Man this is awesome to be back to back champions, I didn’t think we could do it,” an excited Nottestad stated from victory lane, “A few weeks ago we were down a lot of points and we rattled off two feature wins and we were in contention and we knew what we had to do.”

“To be honest with you, I’m just glad to bring the car home in one piece after that race,” Gutknecht said later on from his pit area, “We weren’t even sure we were going to race this year so to finish second in points is still pretty good.”

Joe Shelby and Zach Prunty were the winners of the late model heat races and Nick Egan was the fastest qualifier after circling the speedway in 12.092 seconds.

Ricky Gebhard won the 25-lap Slinger bee feature after run away leader Billy Braun broke out under the allotted 15.2 second lap time on the final lap resulting in a disqualification just feet from his first victory. Numerous drivers broke out in the final laps which scrambled the running order and at the checkered flag, Brady Held finished second and secured the track championship. Misty Benn finished in third place while Brandon Mennicke and Ryan Savage rounded out the top five. Slinger bee heat races were won by Tom Elsinger Jr. and Misty Benn while Brandon Mennicke was the fastest qualifier after turning in a lap in 15.235 seconds.

Del Schuler joined his father Randy as a feature winner at the Slinger Super Speedway as he won the 25-lap Super Cup main event for his first career victory. Brandon Vines finished second ahead of Rob Baaske and Mick Ellis in third and fourth respectively. Sean Eurick crossed the finish line in fifth. Brandon Vines and Landon Hocking were the winners of the Super Cup heat races and Rob Baaske set fast time for the division with a lap at 15.073 seconds.

Carter Nilson was the winner of the Bandolero 25-lap feature over Alex Hartwig and Anna Price. Tucker Bodendorfer and Cohen Henze rounded out the top five finishers. Keagen Benz won the first Bandolero heat race and Carter Nilson won the second heat race. Alex Hartwig was the fastest qualifier by lapping the speedway in 14.498 seconds.

The Slinger Super Speedway has one final event on the 2020 season calendar with the inaugural Wisconsin Invitational bracket-style racing event scheduled for Sunday afternoon September 27th. 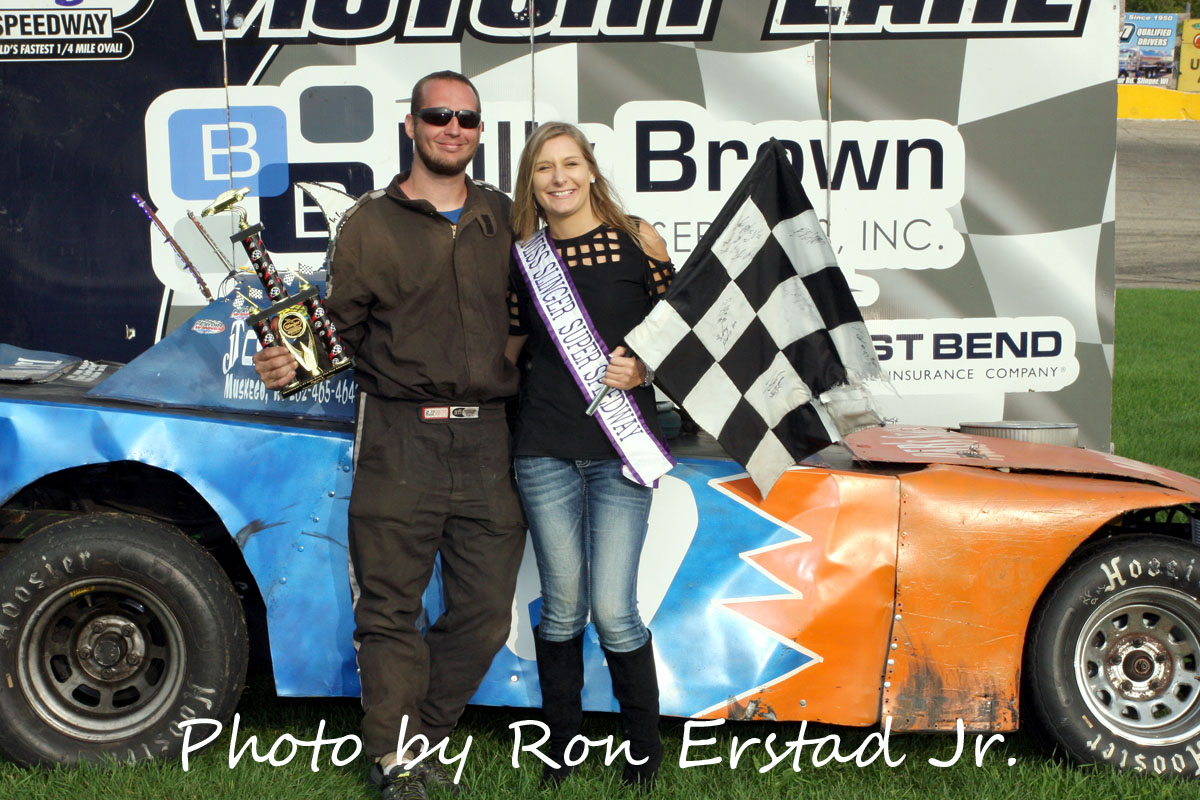 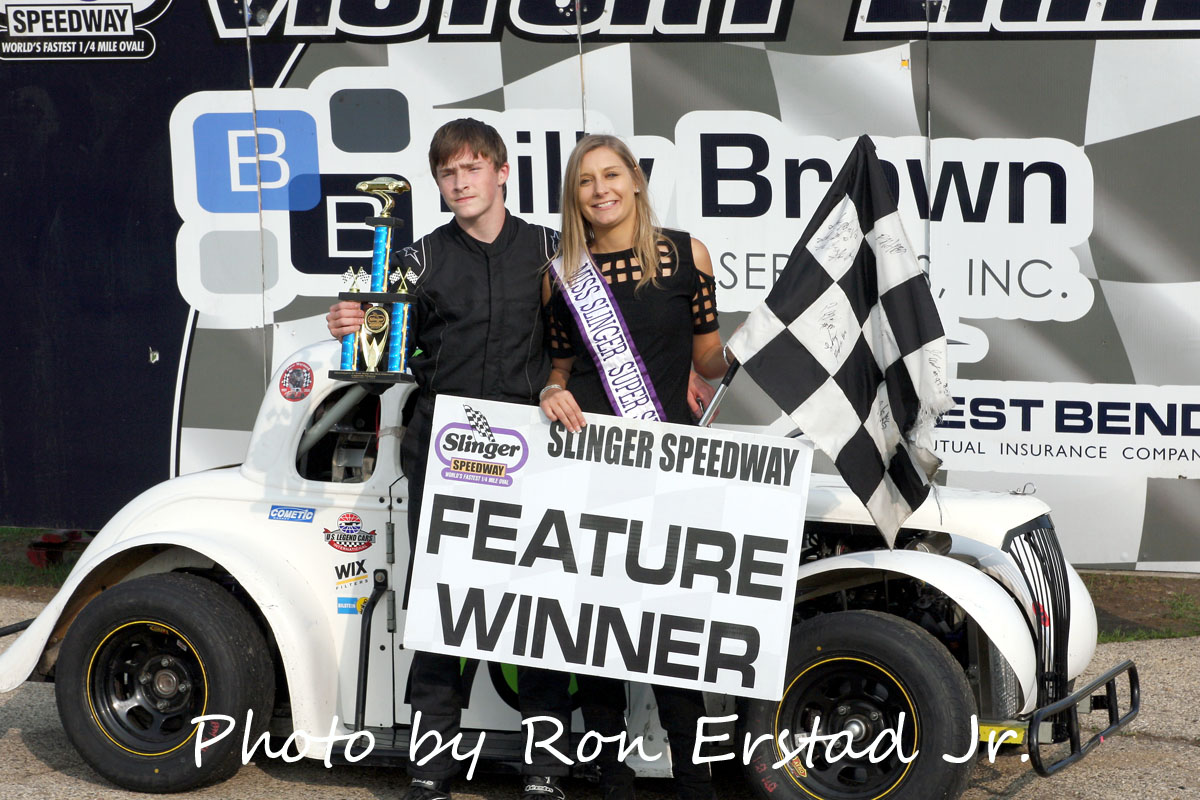 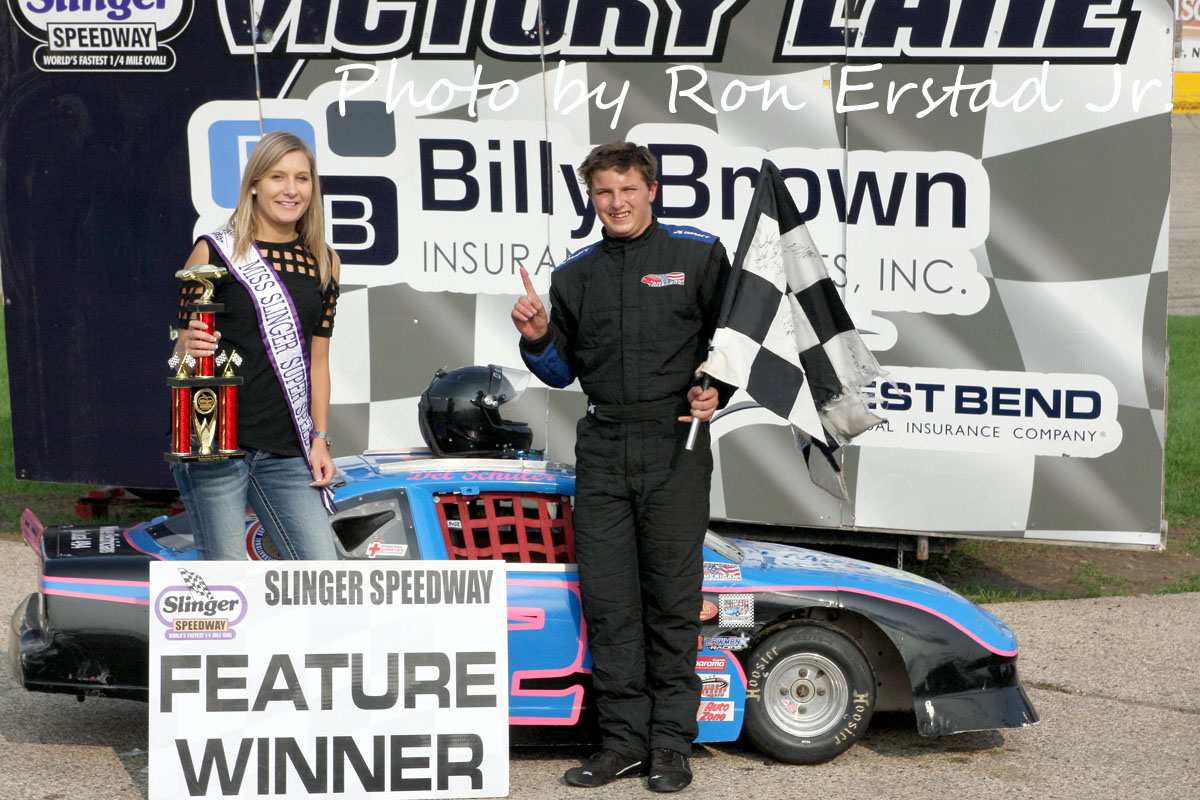 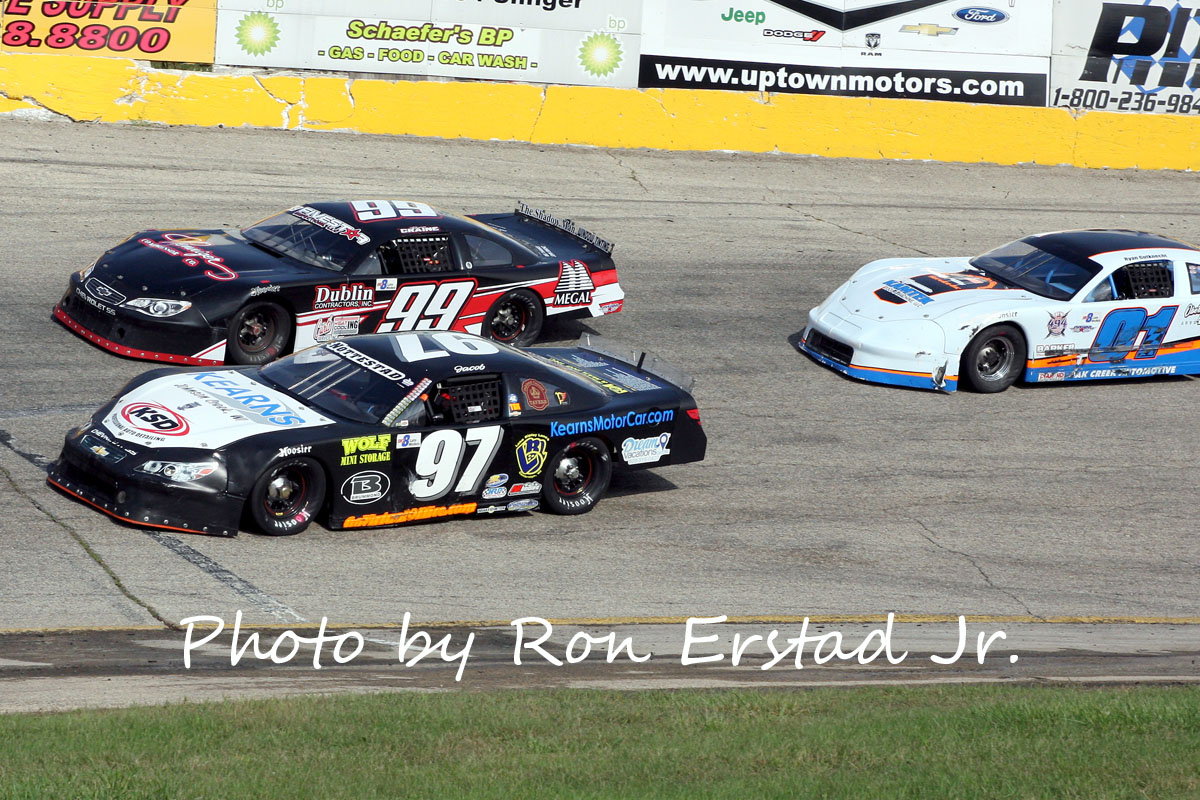 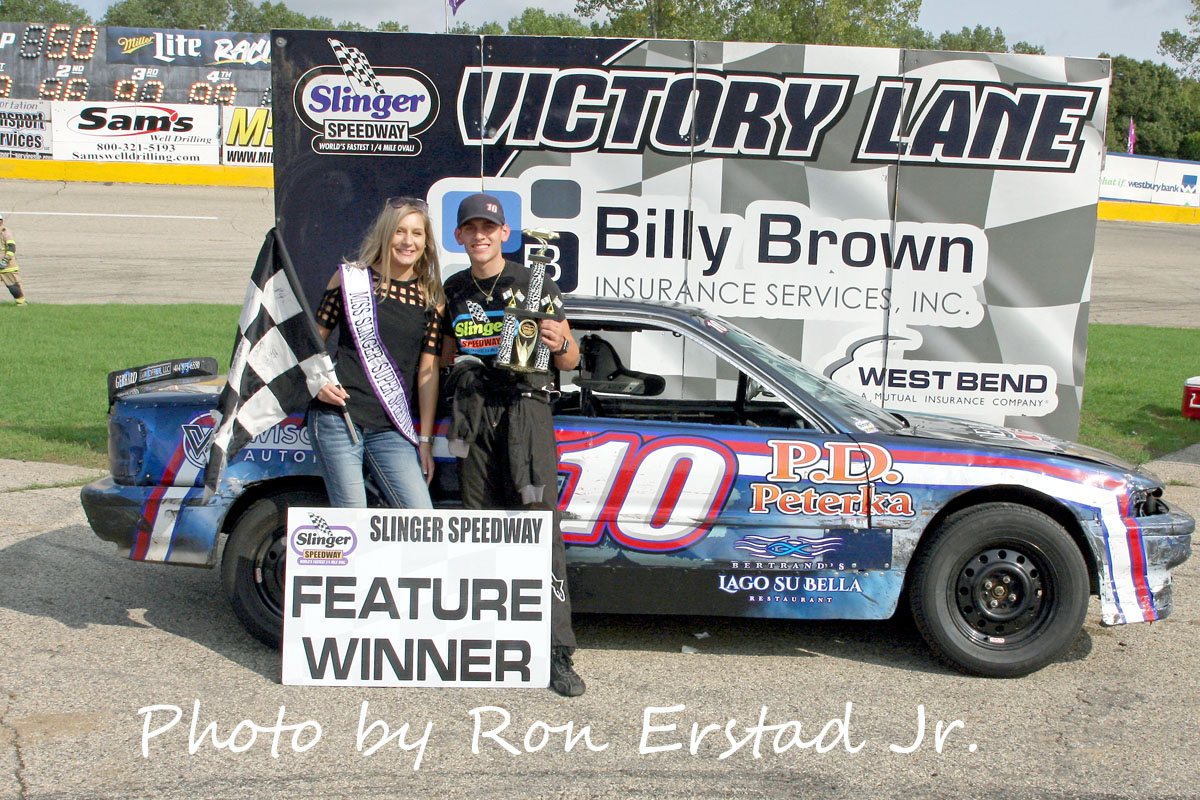 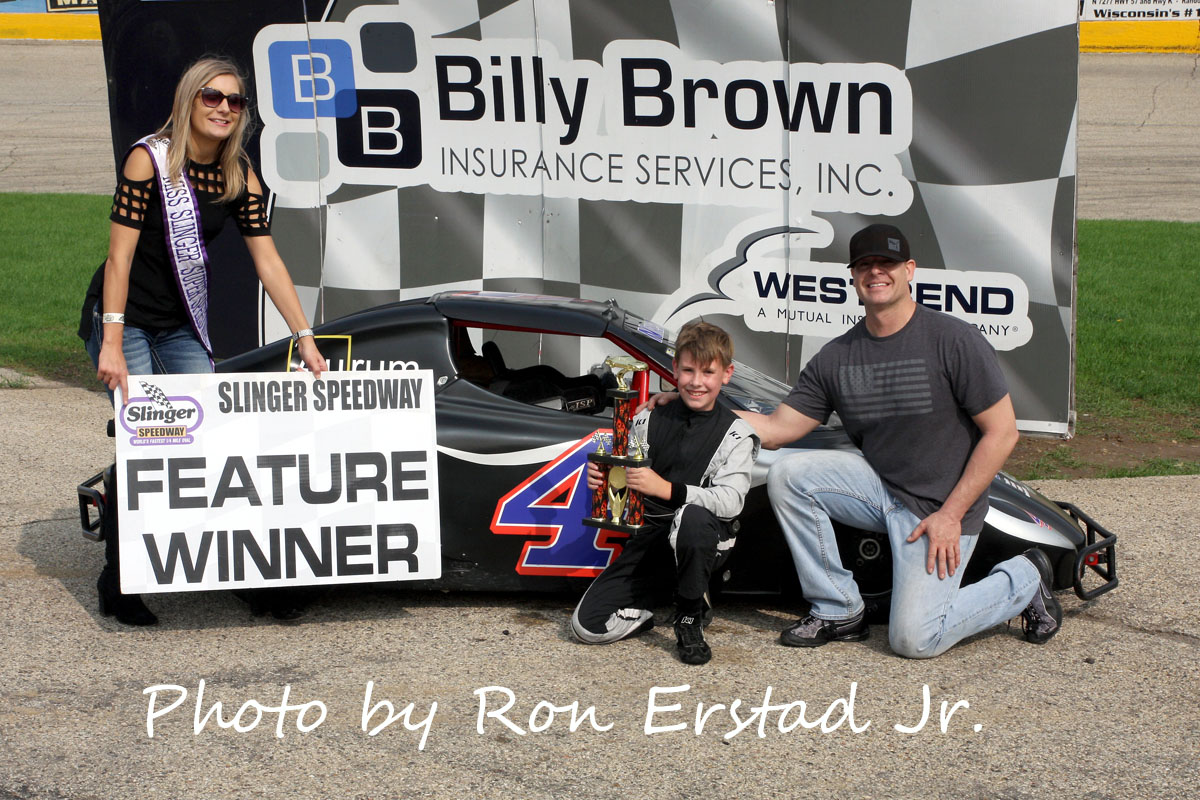 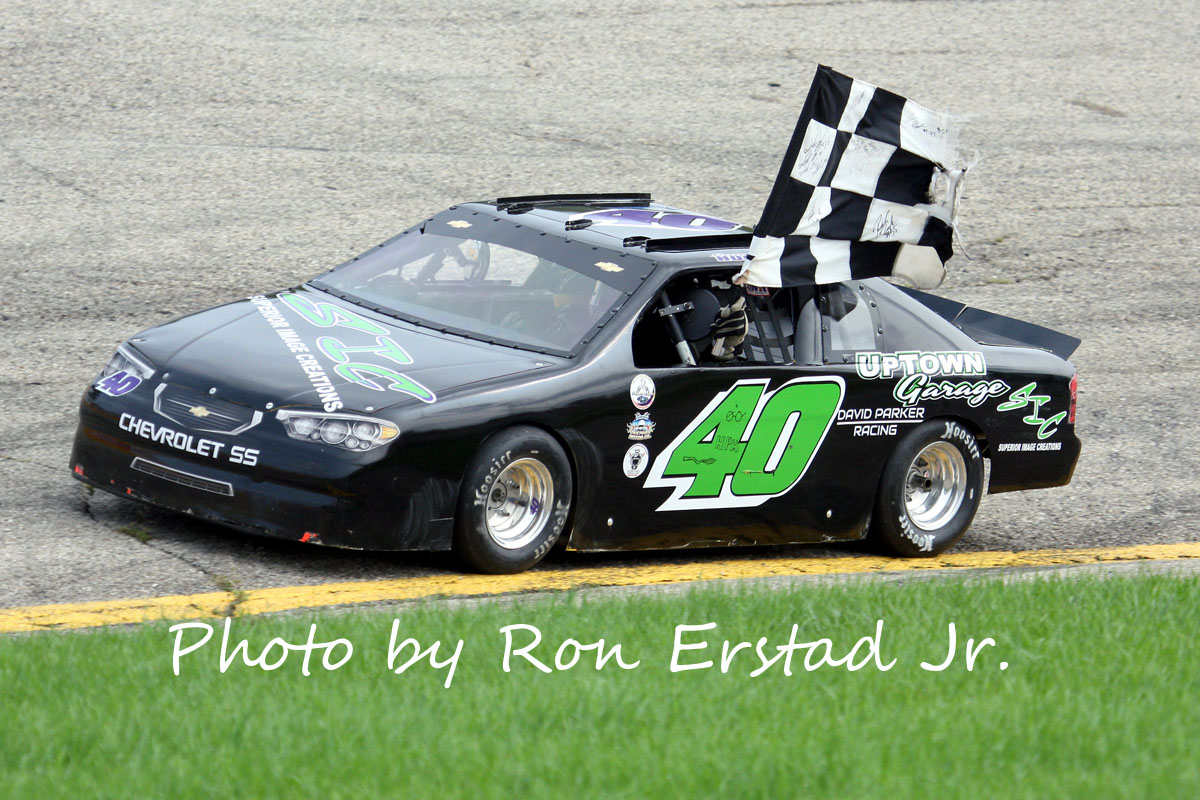 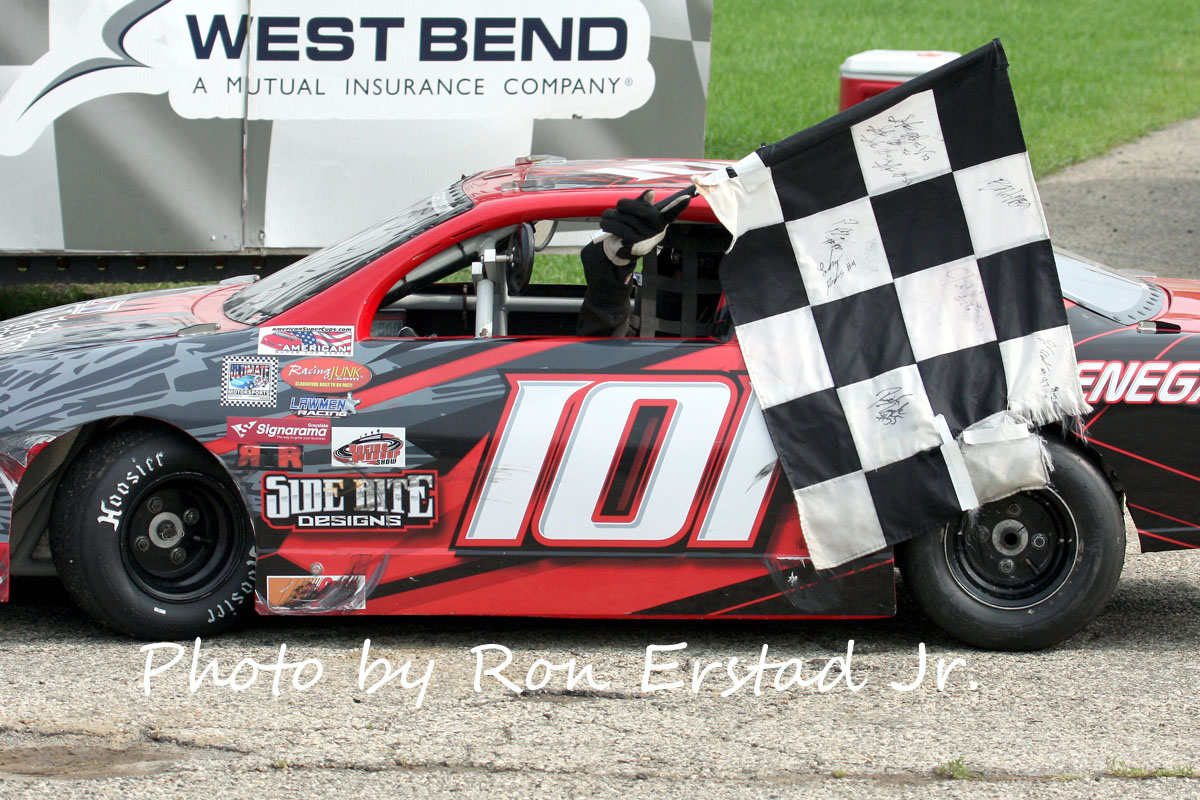 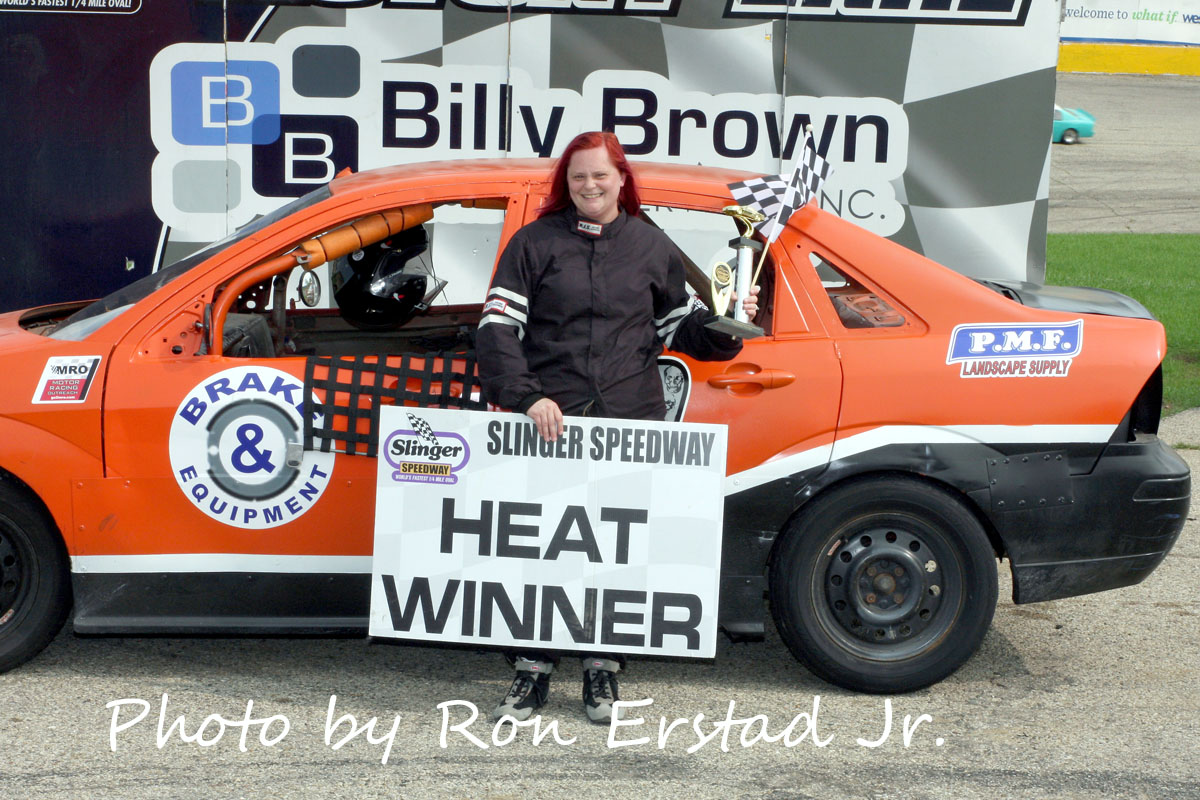 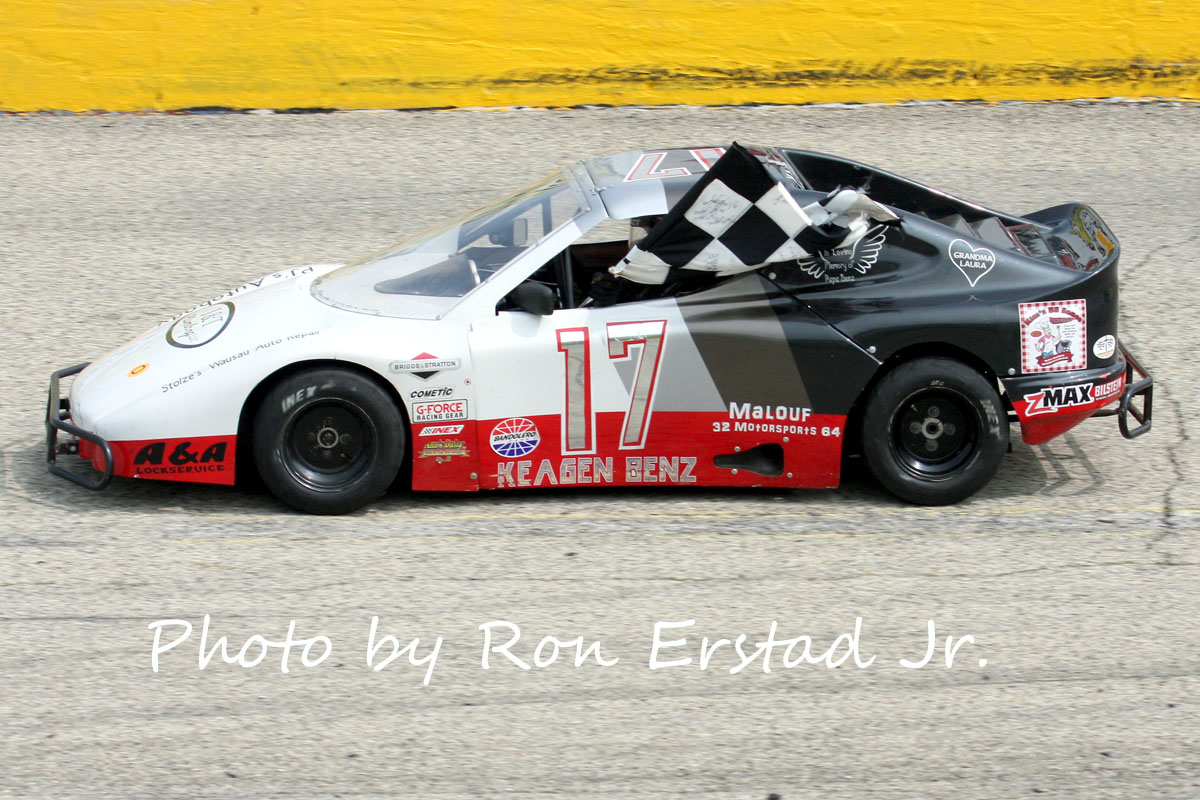 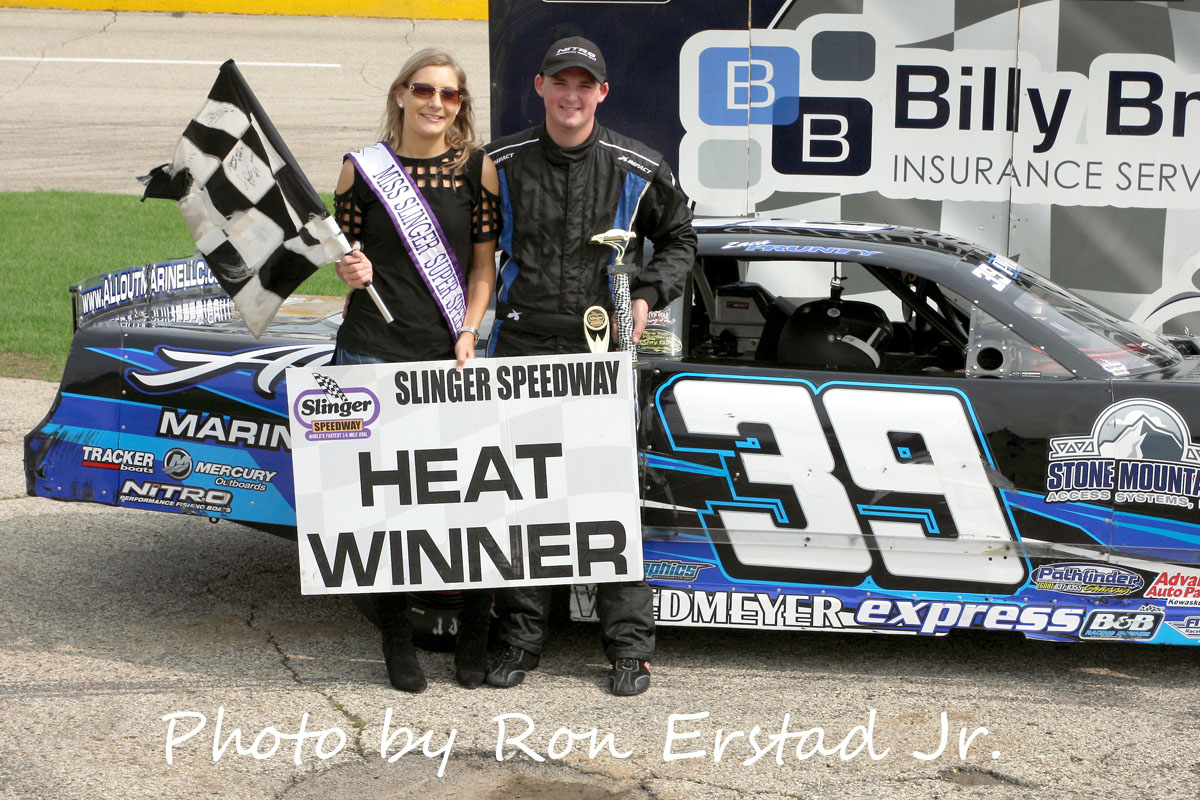 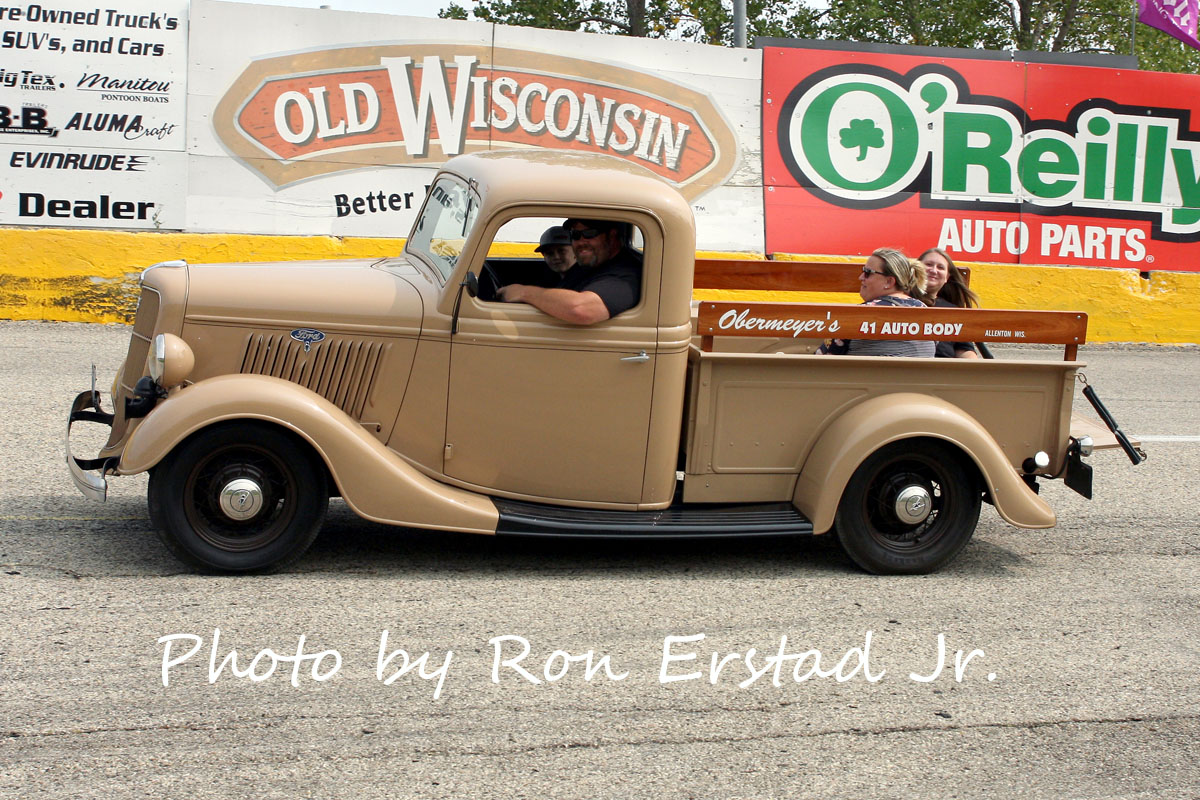 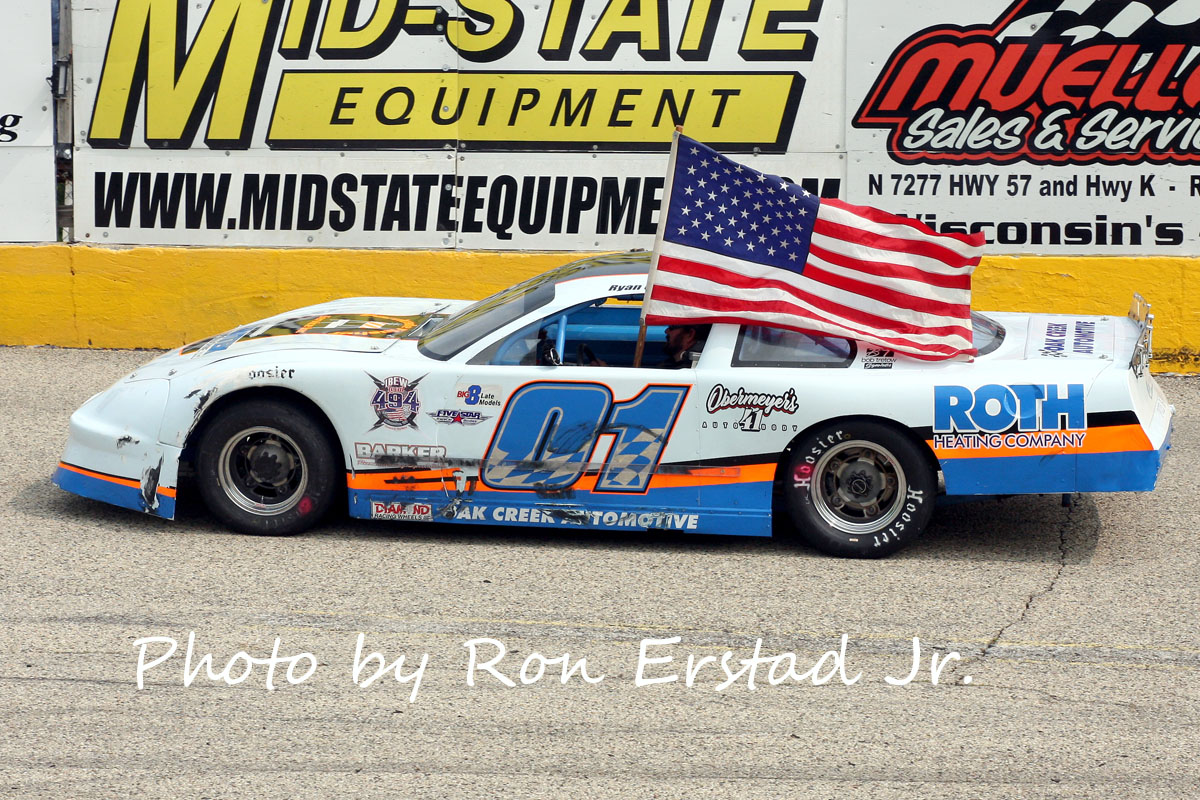 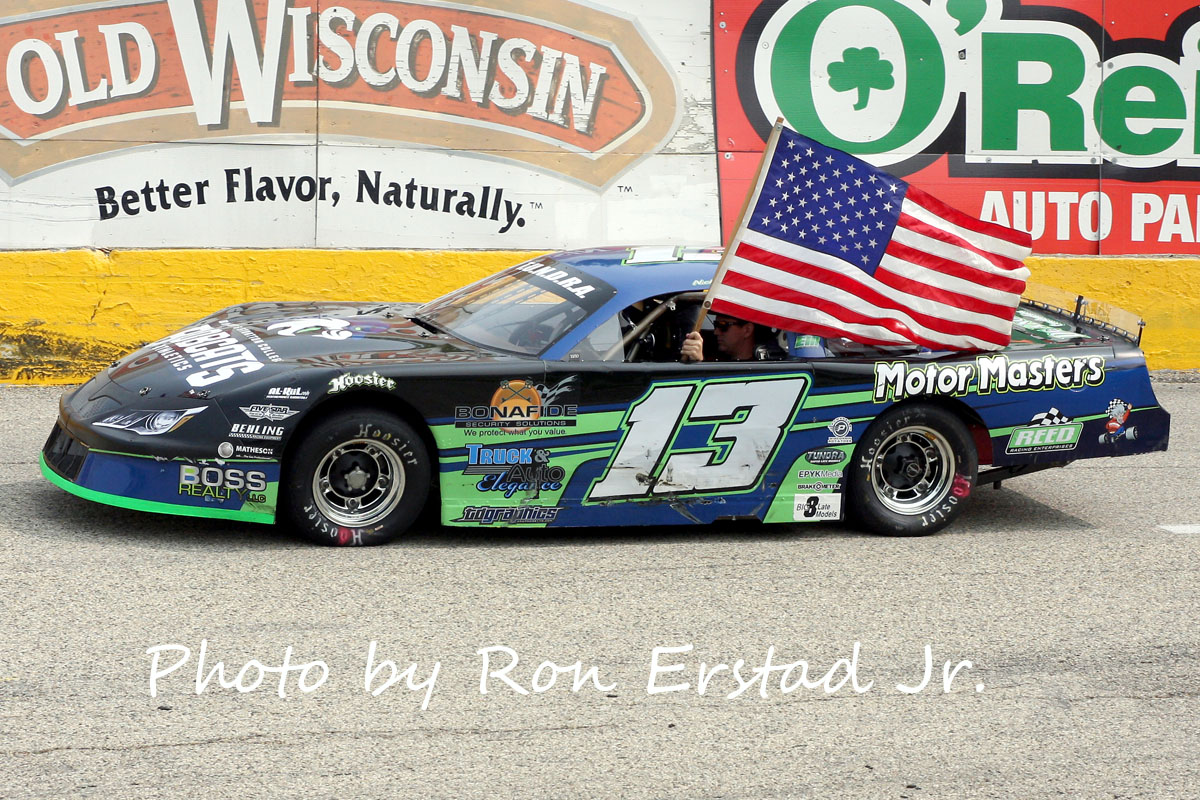 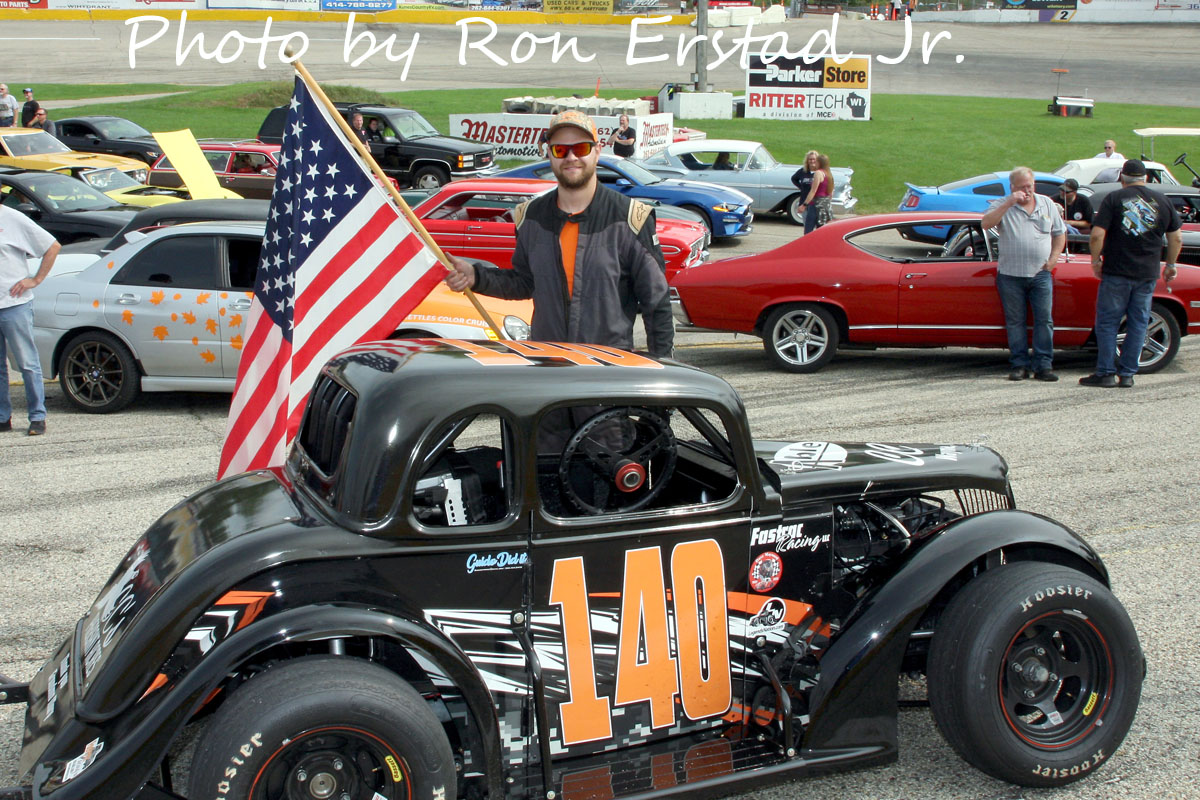