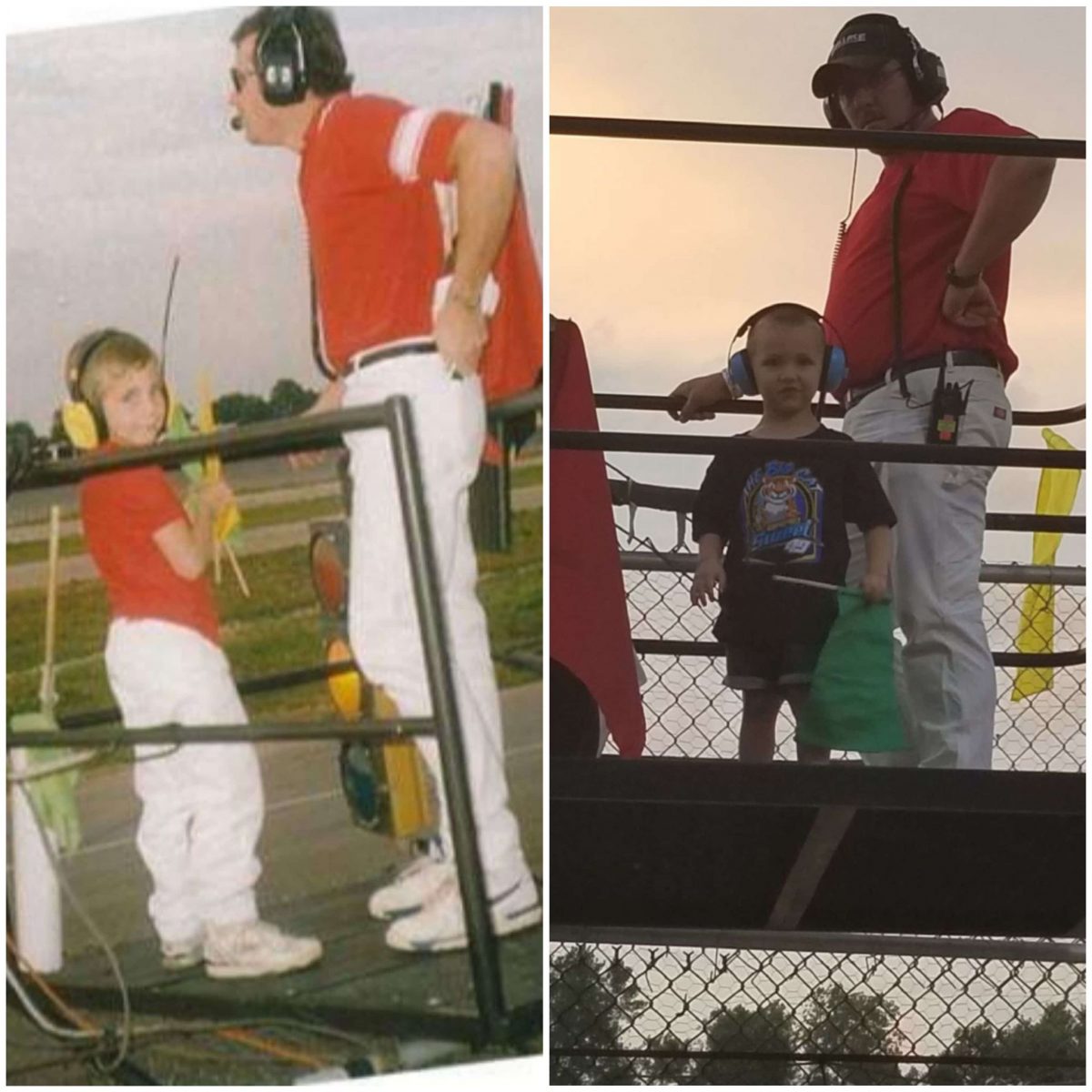 Slinger Speedway Flagman
We welcome Tim back to the flagstand for the 2021 season!

How did you get into flagging?
It started when I was five or six; my dad was the flagman at Lake Geneva Raceway. My brother and I had our little sets of flags standing behind him every Saturday night and we would be imitating the flagman just like the kids do now. After Lake Geneva, he went to Wilmot and was flagging there when I was probably about 12. For practice and qualifying I’d take over the flagging position while he was on the infield. Then he’d come up in the stand and flag the races. After Wilmot, he went to spot for Jamie Wallace and I took over the flagging for the Wisconsin Lions Club. They had a few exhibition races each year…4 or 5. They actually traveled to Jefferson, Lake Geneva, Columbus, and Slinger at the time; Sid [Pit Director at Slinger] was trying to get me to come there to flag full-time. I finally caved and came there in ‘09 and 2010. I also flagged for the WSA (World Snowmobile Association), where guys like Tucker Hibbert and Blair Morgan raced. My dad, brother, and I were part of the regional series and the national series. I also flagged the X Games in Aspen.

What do you like about Slinger Super Speedway?
The speed, excitement, close racing.

What is your real job?
I am an Assembly Department Supervisor at Certified Power Train in Elkhorn. We make off-road vehicle drive shafts and drive shaft components for places like Caterpillar and John Deere.

Is there anyone you need to thank?
I wouldn’t say “thank”, but you could probably put that I “blame” my dad for getting me into it (laughs).

Why do you want to flag at Slinger?
I still haven’t decided that (laughs). I liked it when I was there before; I got along with most of the drivers. It’s the same reasons why I like Slinger..the excitement, the speed, the close racing. Slinger Nationals is pretty cool – it’s always fun to be up in the flagstand when you have the 26 best in the country there.

What is your favorite memory at Slinger?
The time that Dick Trickle was in the flagstand with me to throw the honorary green flag for the Nationals.

Tell us about your family.
My wife, Shannon, and I got married in 2013. We have a 5-year-old boy, Reed, and we have another boy on the way who will be here in August.

If you could have dinner with any two people (alive or dead, real or fictional), who would they be?
Martin Truex, Jr – he’s my favorite NASCAR driver and he has all the same hobbies as I have, like hunting and fishing.
Dale Earnhardt, Sr – he’s the one that I rooted for at a very young age and got me hooked on racing and NASCAR.

The final question is one we bet our Junior Flagmen are wondering…are they still welcome in the flagstand?
I always bring kids up in the stand when I can. I think it’s cool that they think it’s the “glorious job”. Get them into it before they realize what it really entails! 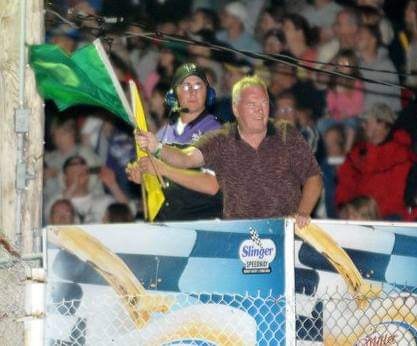