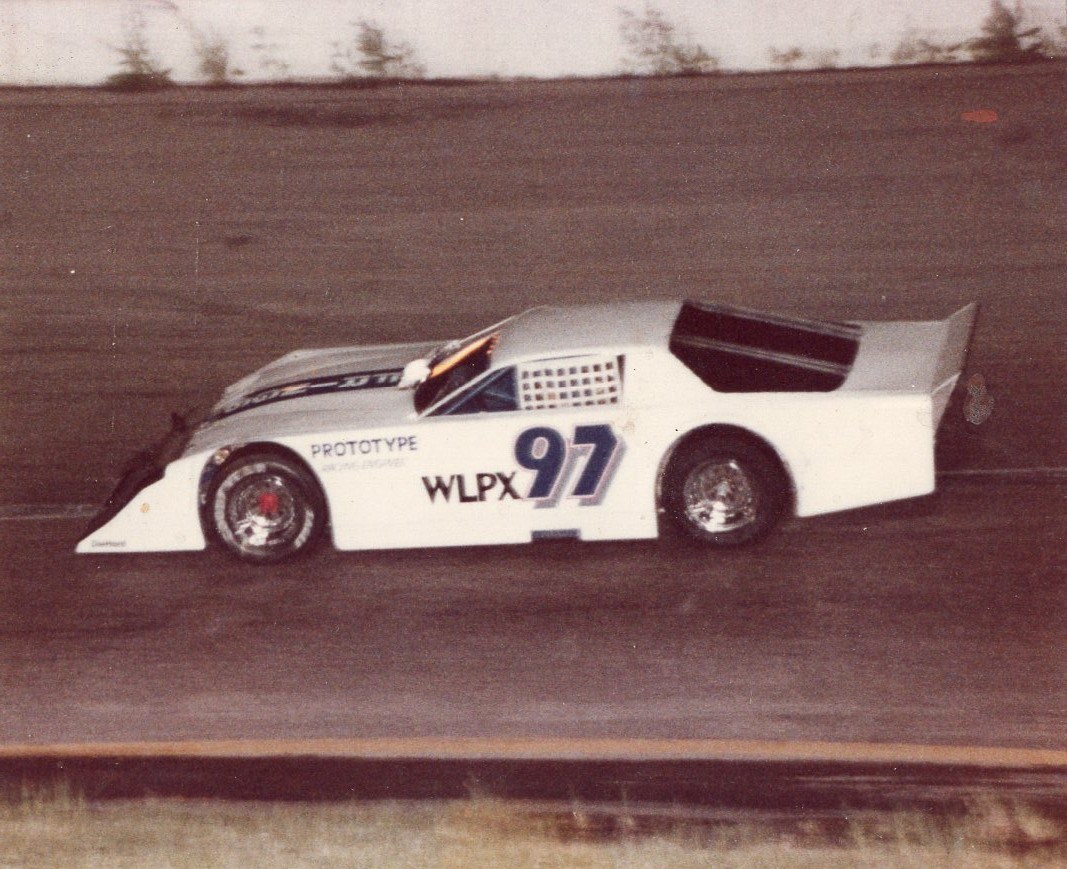 How did you get into racing?
My dad liked racing back when coupes, hard tops…whatever you want to call them, took over from the midgets. We built a ‘34 Ford and raced it and then we built a couple of ‘37 Fords and raced at Beaver Dam and Oakfield. Building cars was something I always wanted to do. Before I went in the Air Force, Carl Kulow had a ‘39 Chevrolet coupe with a GMC engine and they put a Ford front axle in it. I just thought, “Boy, I want to do something like that someday”. Then, in 1963 Eastern WI Racing Association opened up the rules, they had about 15 rules that left it wide open and I said, “Here’s a chance for me to build the next thing to a super modified and be legal. Eastern WI opening up those rules…they couldn’t believe anybody could go that radical as I did with building their cars, leaving it wide open for me. Incidentally that car the following year I sold it to Benny Pritzl and he won the championship with the first modified I built in 1964. Getting paid for something you love to do, man that’s a big turn on. I had a lot of heavy hitters driving my cars.

You shared a building with Alan Kulwicki…
Yea, this is my building and I moved my family down here [Concord, NC] in the summer of 1986. Then, I flew back to WI; I had a late model stock car to finish building, and my shop wasn’t sold yet. I got my three kids in school, and then I moved here. I contracted to have this building built in January 1987. It was done and I moved in February of 1987. Alan Kulwicki rented the space next door. [And Alan had driven a Frings car prior to that…] In 1982, Alan had befriended Jim Brown, who had money to spend to buy him a car and it took Fast Eddie Cluka to talk Alan into getting a car from me. Thanks to Fast Eddie, he was instrumental in convincing Alan. He said, “How can you not go with a car from Dennis?”

You have a lot of stories from days gone by in racing…
You need to go to Dennis Frings Race Cars on Facebook. I’m writing my memoirs there, and I have one more to go. A lot of people have asked me to write a book, but I don’t have enough material. I didn’t race, I built the cars and I went to some races. In 1983, I built a car just for the Slinger Nationals. Who should I put in that car? Alan Kulwicki, right? He was as fast as anybody could be at that quarter mile. That story about 1983 is in my memoirs. [Another story…] Everybody thinks Mark Martin only ran Howe and Dillon cars…Dillon, Dillon, Dillon, but I used a picture [on the Facebook page] of a car I built that Mark Martin drove in 1984. In Mark Martin’s podcast #25 he says that year he raced a “bad fast Frings car” and he won a lot of races with that car. That car was getting old already too – raced in 82, 83 and then 84.

You have been referred to as “low-key but high tech”…
Well you know you can buy advertising, right? It’s just that. I happened to have the opportunity to talk to Chris Economaki from National Speed Sport News, and it might be sour graphs, but it was always Howe and always Dillon. When I introduced myself on the phone, I said, “I’m Dennis Frings. I’m low key”. He said, “I know you. I know your cars well.” He put in there, an editor’s note, “but high tech”.

In 2008, you were inducted into the Southeastern WI Short Track Hall of Fame. Were you surprised by that?
Yes, I was extremely surprised, and what surprised me even more was I didn’t realize that they had so much respect for me. John Surges said they had considered me in the first ballot! See, I was inducted on the second ballot. I’m extremely proud of that. That’s why I had to write my memoirs, to let people know what I have done. Now I’m forever getting emails; they are still bringing up my cars. I’ve got some great fans!

You built a “tunnel car” for Nationals…
Yes, that’s right! I had a true ground effects tunnel. Some guys have tried to streamline the underside of cars – this was a ground effects tunnel that created a vacuum…a partial vacuum. I couldn’t go beyond the rear end so from the front spoiler to where the frame kicked up in back, it created a partial vacuum. That’s why I built it — as an experiment. But at Slinger the speeds aren’t great enough and you’re right on someone’s bumper all the time. In NASCAR they would call that “dirty air”. On a half mile, it would be good for a couple of seconds. I sold that car to Rick Carelli from Colorado. I never heard much about it other than Mike Harvick, the father of Kevin Harvick, became the crew chief and he would call me about setup.

What are you up to these days?
Well, I just build my hot rod collection, but I completely run out of steam doing that. I got into building flathead Ford engines simply because I have an employee who is really good at it. So I gotta keep an eye on him. I help him out a little bit, I have to order parts. Finding these old engines that aren’t cracked is really difficult.

What was your first street car?
A 1935 Ford coupe; it came out of New Jersey and in Wisconsin it developed a knock. The guy sold it to an ex-truck driver of my dad’s and he fixed it up and I bought it from him. I was 17 or 18. Beautiful car! When I went in the Air Force, I drove it to Washington, DC, and when I came back from overseas I drove it to Fordland Air Force Base in Missouri. I sold it there. I got married, and this was 1957 and I bought a ‘55 Ford convertible.

Which Slinger driver (past or present) do you respect the most?
Somebody that probably doesn’t get as much credit as he should is John Ziegler. He won the Slinger championship in 1981. My wife (my ex-wife now) I took her to Slinger, and I said you watch Johnny Ziegler, how smooth he is. I’m telling you, on that quarter mile track he’s inside, outside, holes you didn’t know where there. She said, “How can you say he’s smooth, how does he do that?” I guess she didn’t want to give me any credit for the car. (laughs) I need to mention Al Schill too; he was a great customer of mine. I built him a modified in 1969 and without any testing clean he went to Lake Geneva and had a clean sweep! I built him a second car in 1970 and then I built him a late model around 1972. Then I built him the coil-over car in 1982, which he won the Slinger championship in 84, 85, 86, 87, 88! Five years in a row with the same car! You need to go to my memoirs and see that car being wrecked. That car was…nobody would have fixed that car, but I did and it ran the rest of the year.

Any last thoughts you want to share?
One more thing I want to say about Mark Martin in the DFRC (that’s what I prefer to call my cars … Dennis Frings Race Car), I think he won the Slinger Nationals and he said, “I started 12th and I passed them all on the outside!” For the great Mark Martin to be proud of starting 12th and passing everyone on the outside…that’s quite a feat! 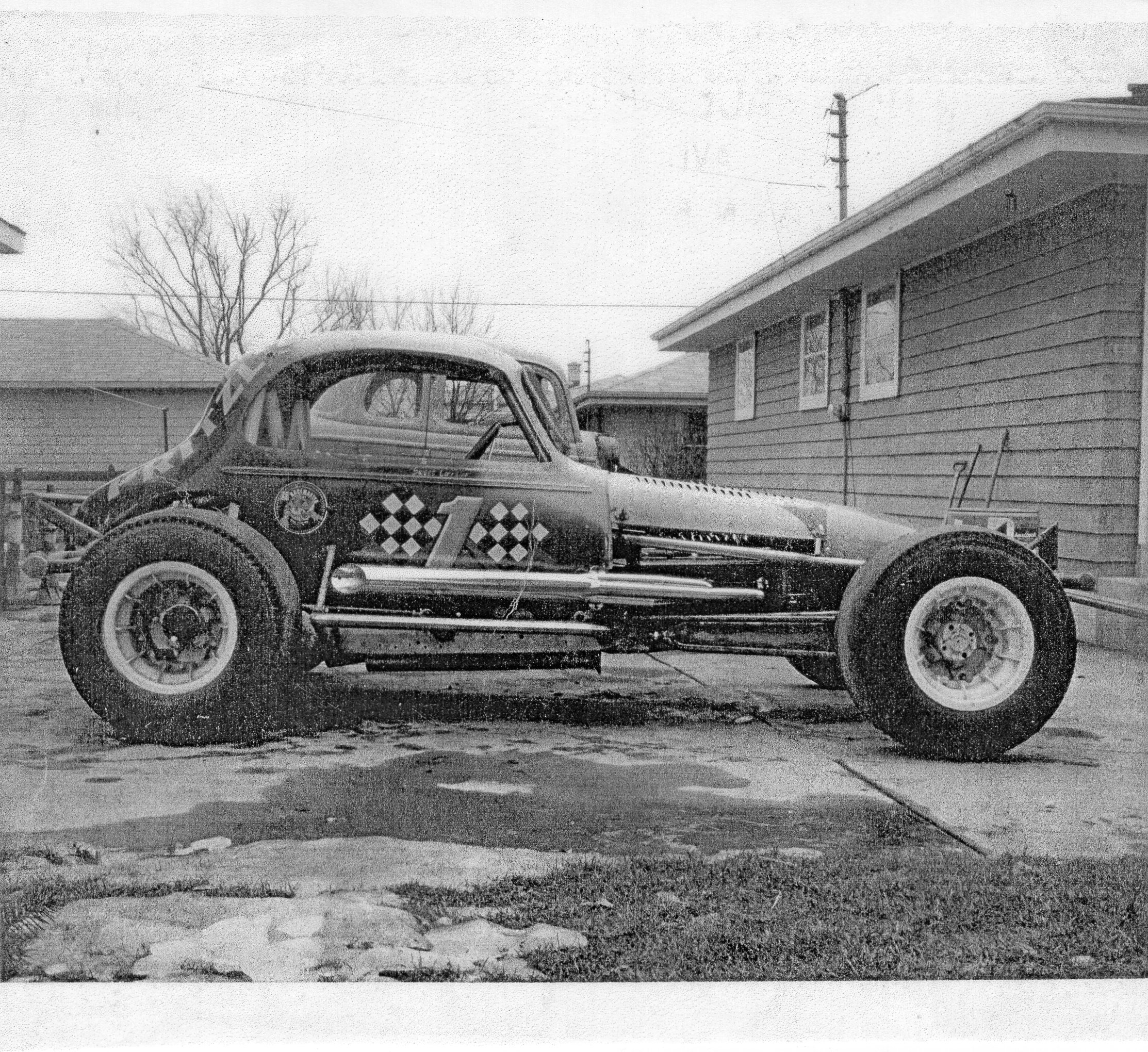