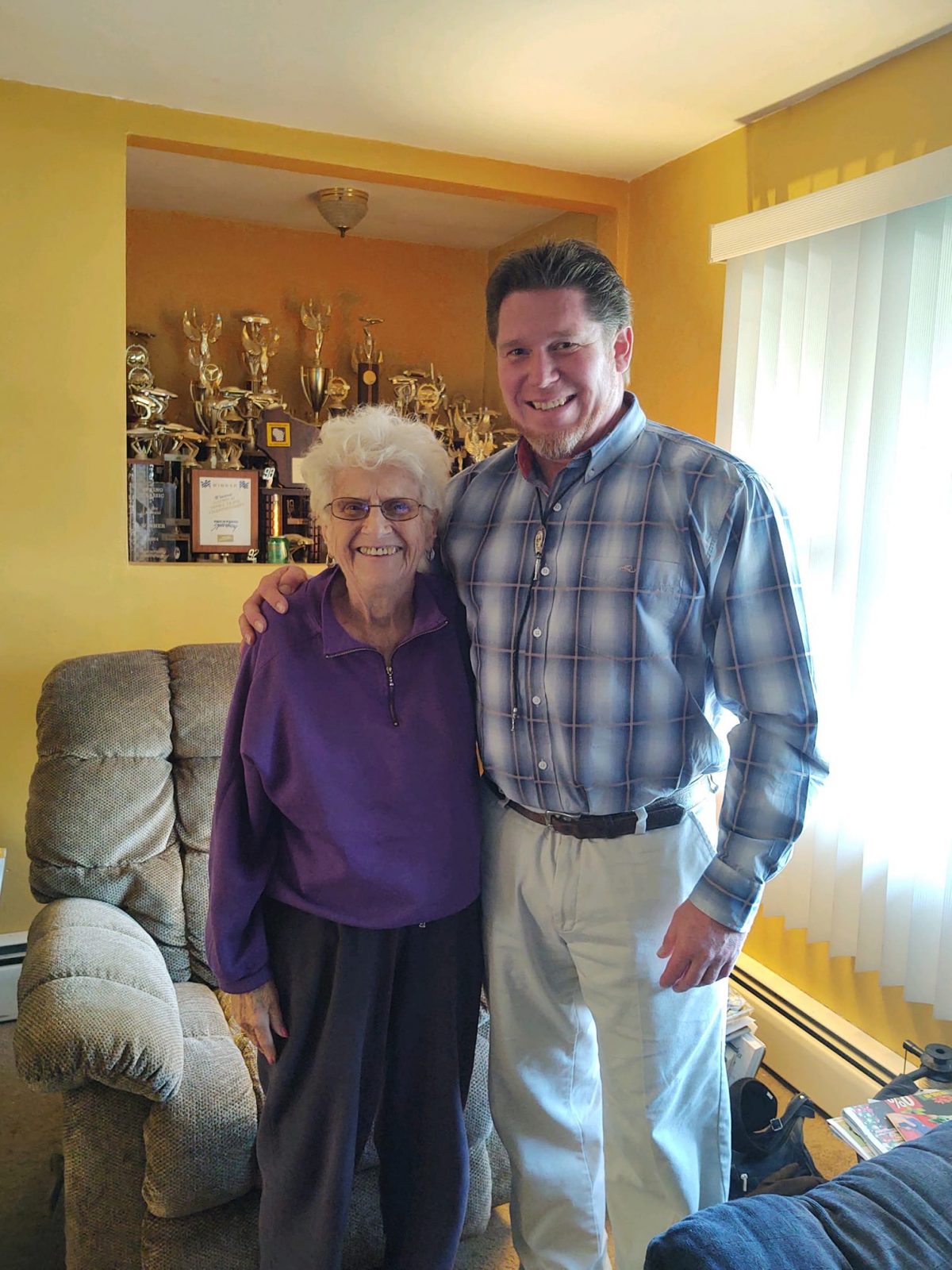 How did you get into racing?
My dad. He raced my whole life, so growing up that’s all I knew. My dad got it from his dad, so I’m truly a third generation racer.

What do you like about Slinger Super Speedway?
Fast! Everything about it…it’s very challenging as the setup guy. It’s very challenging as a driver – mentally and physically. It’s a very demanding track. I love racing when it’s demanding and you can wear guys out, so to speak. Plus, I grew up there. My dad started racing in 1991, so geez… do the math, how long ago was that…30 years?!?! 30 years ago – Wow!

Who do you need to thank?
Crew: Chris Sorensen – he’s a full time guy (well, an after work full time guy) and helps me a lot; Steve Hedlund – he’s really good; Mike Indermuehle – met his sister in the grandstands when we were kids and became friends. Then Mike and I became friends, and have been for 30 years. Now he helps me, so it’s kind of cool. My spotter, Chad Misslich – he’s a former Late Model racer and we’ve always been friends. He loves racing so this is his way of staying in it. Sponsors: Co-Lin Metals, Rock Valley Antiques, Jammer Racing Engines, Stanley Steamer, Insurance King (good buddy of ours, goes to all the races), The Corner Pub and Ixonia Pub.

What is your real job?
I don’t even know! A fabricator, I guess I’ll just call myself a fabricator…freelance fabricator. I stay busy – work every day. A buddy of mine owns a shop, and he lets me work out of part of it, and I work for him too so it works out for both of us. I get my freedom that way to go race.

Do you have any pre-race traditions/superstitions/foods/etc
Not really. I’m moody. I’m a moody son of a b*tch, I know that. I’m just very quiet. I don’t like to eat. I like to stay focused. After the races I’ll joke about everything under the sun, but when it comes to pre-race it’s all business. I’m not superstitious or anything – just staying focused.

What is your favorite racing memory at Slinger?
Winning the Big 8 race! I think it was 2010 and we drove home that night, well that next morning and we put the trophy on Jammer’s doorstep about 6:00 in the morning. That trophy is still in his engine shop. That was cool, it was a big night for all of us – really huge. That was the first Big 8 show at Slinger and we won it. That was a big deal!

How did you get your car number/letter (#X)?
I always wanted ten when I was growing up. You know you dream about what number you are going to be someday when you are a racecar driver. I drew a lot when I was a kid, so I’d draw numbers all the time. I always thought I’d be #24 because my birthday is on the 24th, but then Jeff Gordon came along and I didn’t want to be like somebody else. So I came up with ten and once the radio sponsorship came along it was a great marriage. Then we came up with the Driver X deal on a bar napkin. Gregg McKarns and I were trying to put the radio deal together and it just happened that our number was ten, it didn’t have anything to do with the sponsorship. We got to drinking beer, the bar napkins were flying, the Sharpies came out and we came up with the Driver X. Back in the day you had the heroes, people rhyming with numbers and things like that which people would latch onto from the grandstands. So we thought it would be cool to have a “Driver X”, like a phantom driver.

If you could have dinner with any three people (alive or passed), who would they be?
Just me, my dad and my grandpa. It would be kind of cool to sit there and see what racing stories we could all put together. My grandpa passed when I was very, very young so I didn’t really get to hear his stories so it would be cool to hear them now.

Which Slinger driver (past or present) do you respect the most?
My hero was Robbie Reiser when I was a kid. I studied his lines. I believe I’m a good qualifier at Slinger Speedway, and I’ll say that I am because I studied him so much that I run his line well. He was a great qualifier. He taught me how to go fast at Slinger. 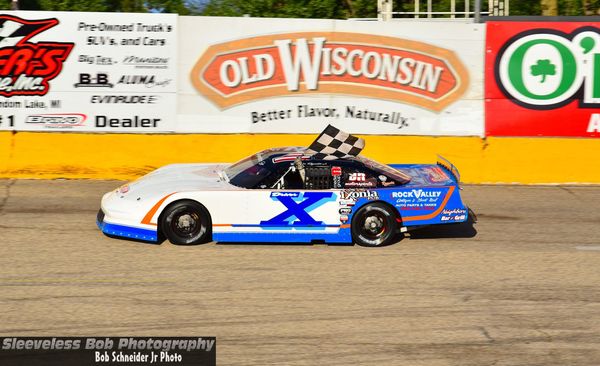