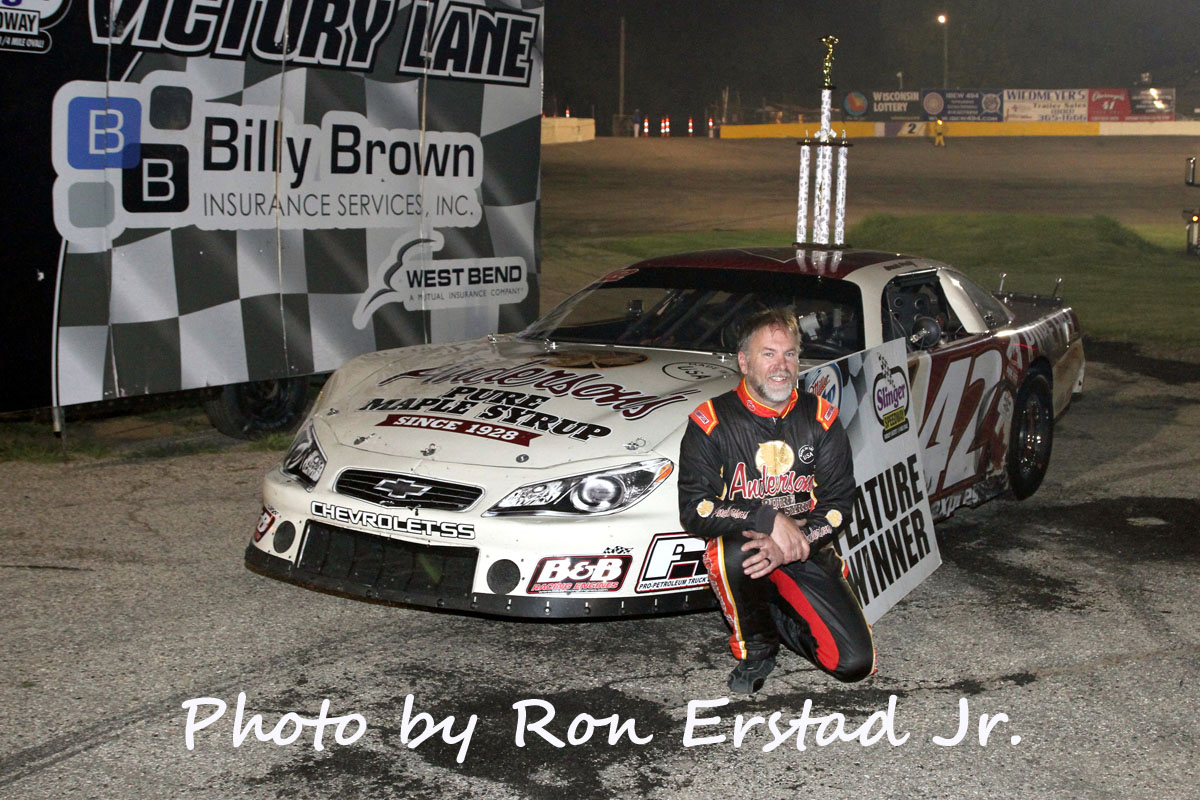 Slinger, Wis., May 30—Dennis Prunty outdueled Luke Fenhaus on a final restart with six laps to go and then held off a hard charging Fenhaus to win the E.H. Wolf and Sons Memorial Day Weekend 80-laps super late model feature Sunday night at the Slinger Speedway.

Prunty led the opening 46-laps of the main event before Steve Apel was able to muscle by for the lead as the front runners worked lapped traffic. Luke Fenhaus was also able to slip by Prunty a few laps later and he began to track down Apel for the lead. Fenhaus made numerous looks to Apel’s inside as the laps wound down and he was able to ease alongside Apel for the lead on lap 74. As Apel and Fenhaus raced side by side, lapped traffic loomed ahead and Fenhaus was able to squeeze out front after the leaders leaned on each other while passing a lapped machine. As the pair swept into turns one and two while continuing to race hard, Fenhaus looped around after slight contact with Apel’s bumper to draw the caution flag with six laps to go. Apel utilized the “tap out” rule and accepted blame for the incident which allowed Fenhaus to remain in the lead with Dennis Prunty in second. Fenhaus chose the bottom lane for the restart Prunty took advantage of the outside groove to edge ahead as racing resumed. Fenhaus could pull to Prunty’s door in the closing laps but he was unable to maintain the momentum off the turns and Prunty took the checkered flag by a half car length.

“I knew I had too much air in my tires and needed a caution to get the air down as I had about a 20-lap car and needed a break,” Prunty stated from victory lane, “I finally got the break.” I’ll tell you what when he gave me the outside I was saying ‘what is he thinking?” Prunty continued, “I probably pinched him twelve times in six laps there but who wouldn’t?”

“I couldn’t do anything, my right front got too cold and there was just so much grip on the right front after that caution and I just pushed up into him every lap. “Fenhaus explained afterwards, “I couldn’t do much more.” I screwed up on the restart and I should’ve took the top as I probably could’ve rolled better there,“ Fenhaus continued, “It was a Rookie mistake.“
Brad Keith finished a strong third as his results have improved each week.

“The car was pretty good tonight and over the winter the guys changed a lot of stuff and we’ve been trying to get it back to where it needs to be.” Keith said . “I think after tonight we know which way we need to go and I think we will only get better.”

R.J. Braun finished fourth and Rich Bickle completed the top five finishers. Steve Apel rebounded from his tangle with Fenhaus to finish sixth while Alex Prunty was seventh ahead of Nick Wagner in eighth. Brad Mueller and Ryan DeStefano rounded out the top ten finishers in ninth and tenth respectively.

Brad Keith was the winner of the super late model fast dash and Luke Fenhaus was the fastest qualifier with a blistering lap of 11.129 seconds.

Zach Greer was the winner of the 25-lap Super Beez feature over Dale Kiley-Schaefer and Brandon Tackes. Collin Saegert and Mitchell Strobel finished fourth and fifth respectively. The Super Beez heat races were won by Carson Strese and Dale Kiley-Schaefer. Todd Buckley set a new track record in qualifying after turning in a lap at 13.462 seconds.

Alex Hartwig was the winner of the 20-lap Bandolero feature. Ayrton Brockhouse took the checkered flag in second while Lincoln Cain finished third. Axel Oldenhoff finished fourth and Paxton Benz finished fifth. Bandolero heat races were won by Mason Obermeyer and Carter Nilson while Alex Hartwig was the fastest qualifier with a lap at 14.585 seconds.

The Speedway Guest Car event was won by the Raceway Bar and Grill backed entry while Russ Lorbiecki closed out the evening with a victory in the Figure 8 race. 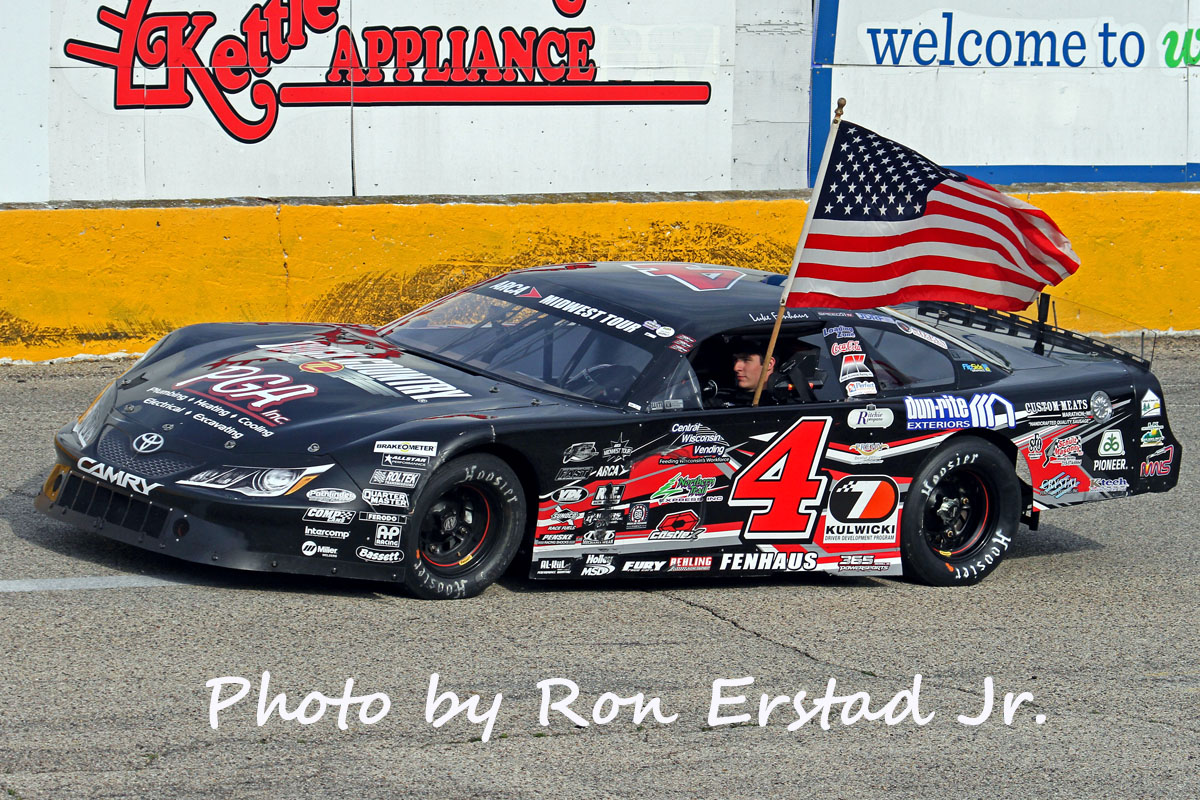 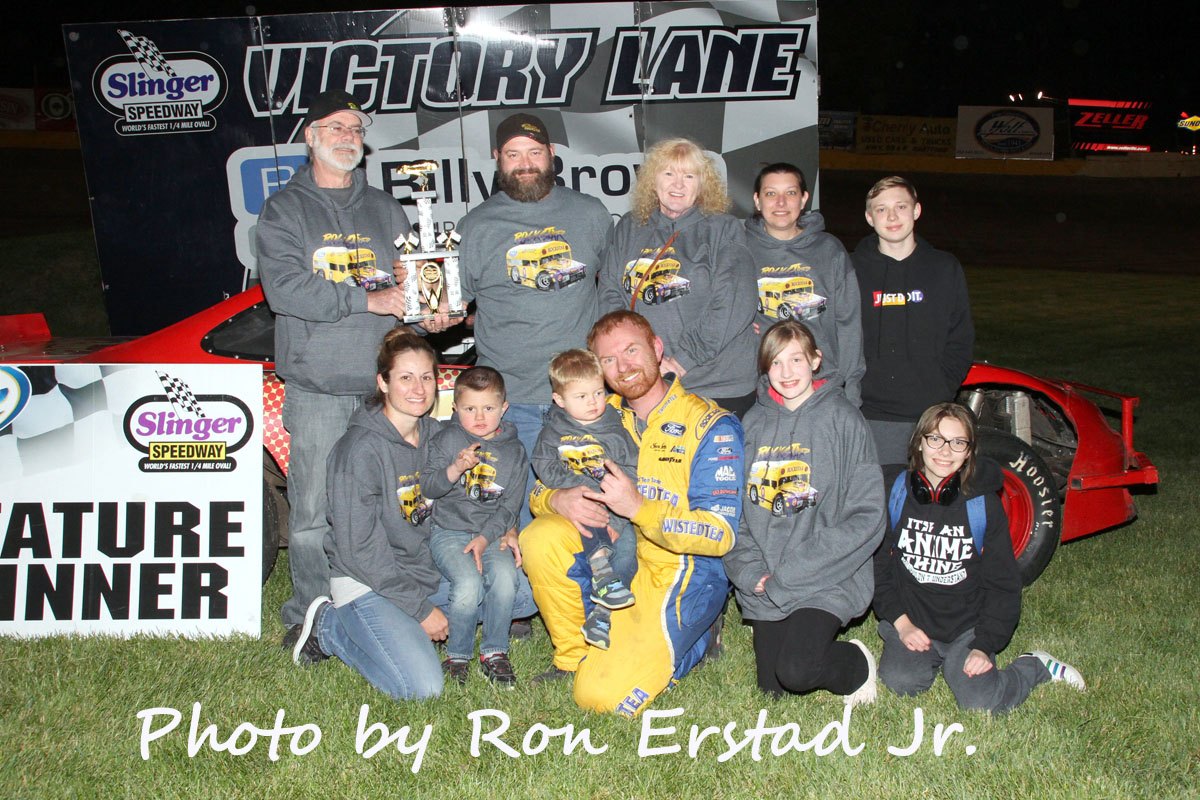 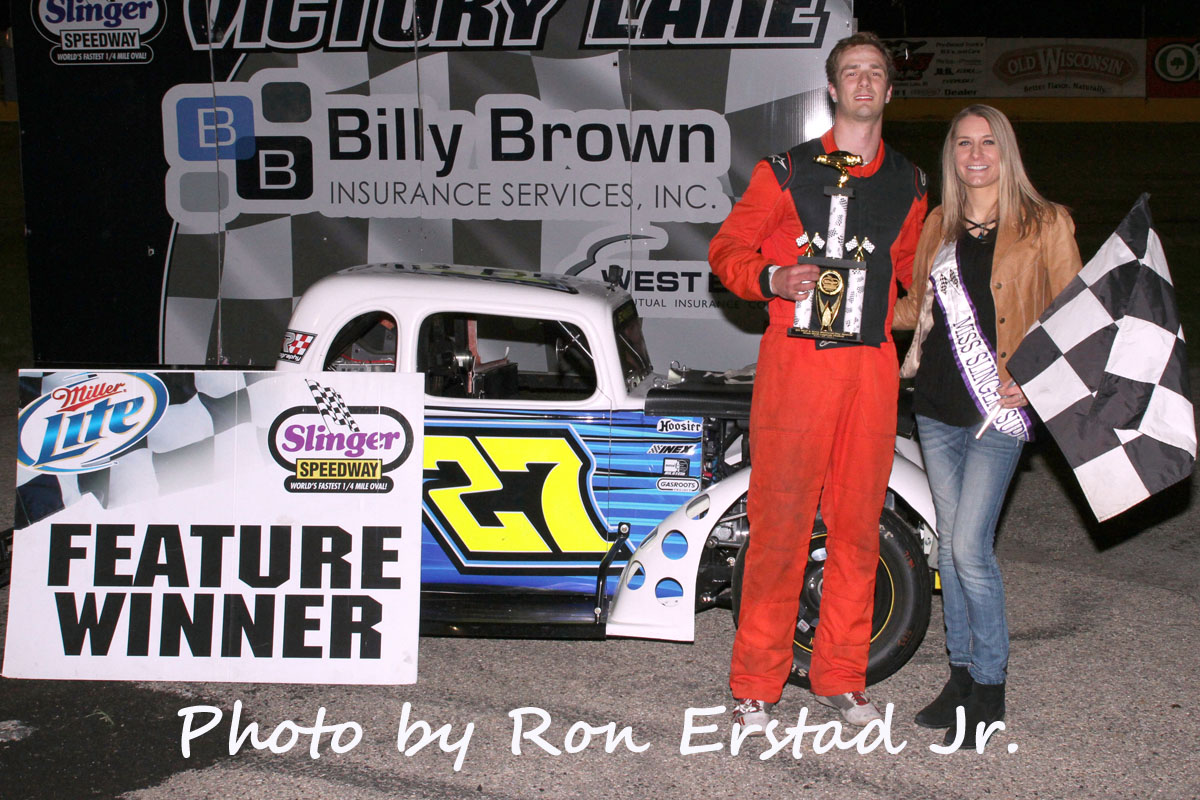 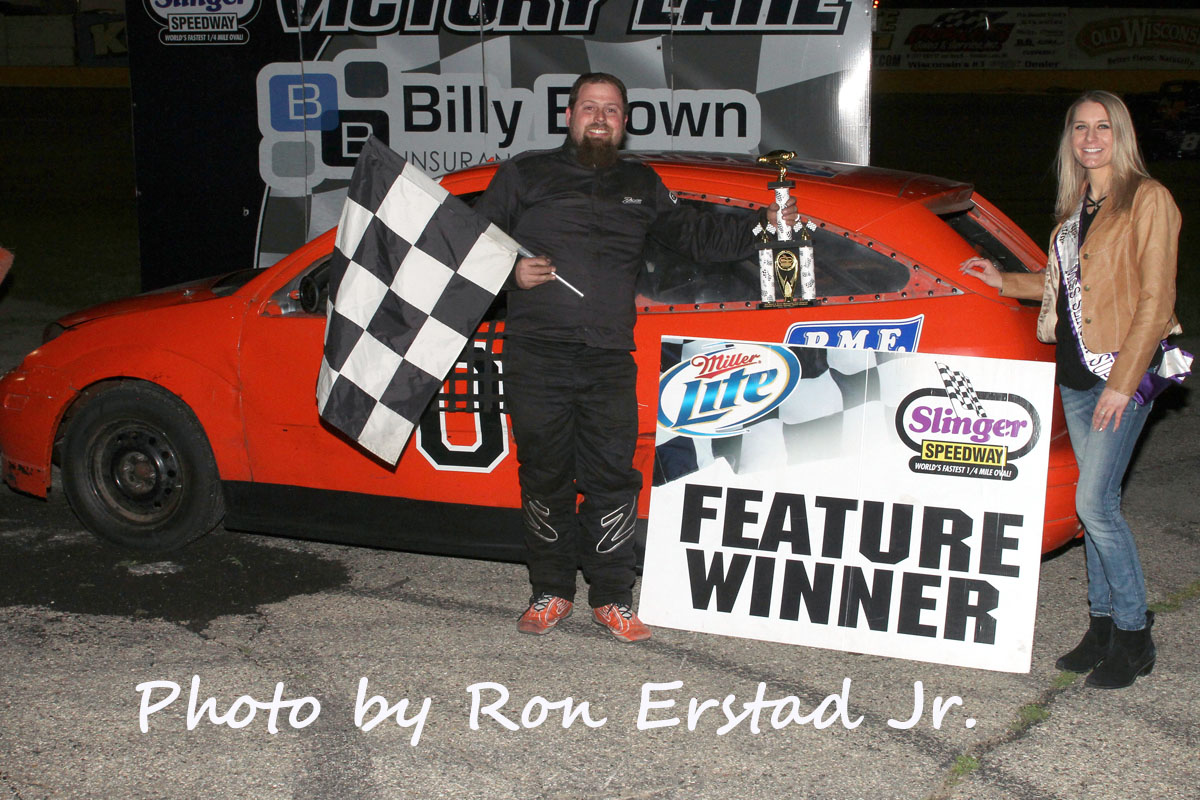 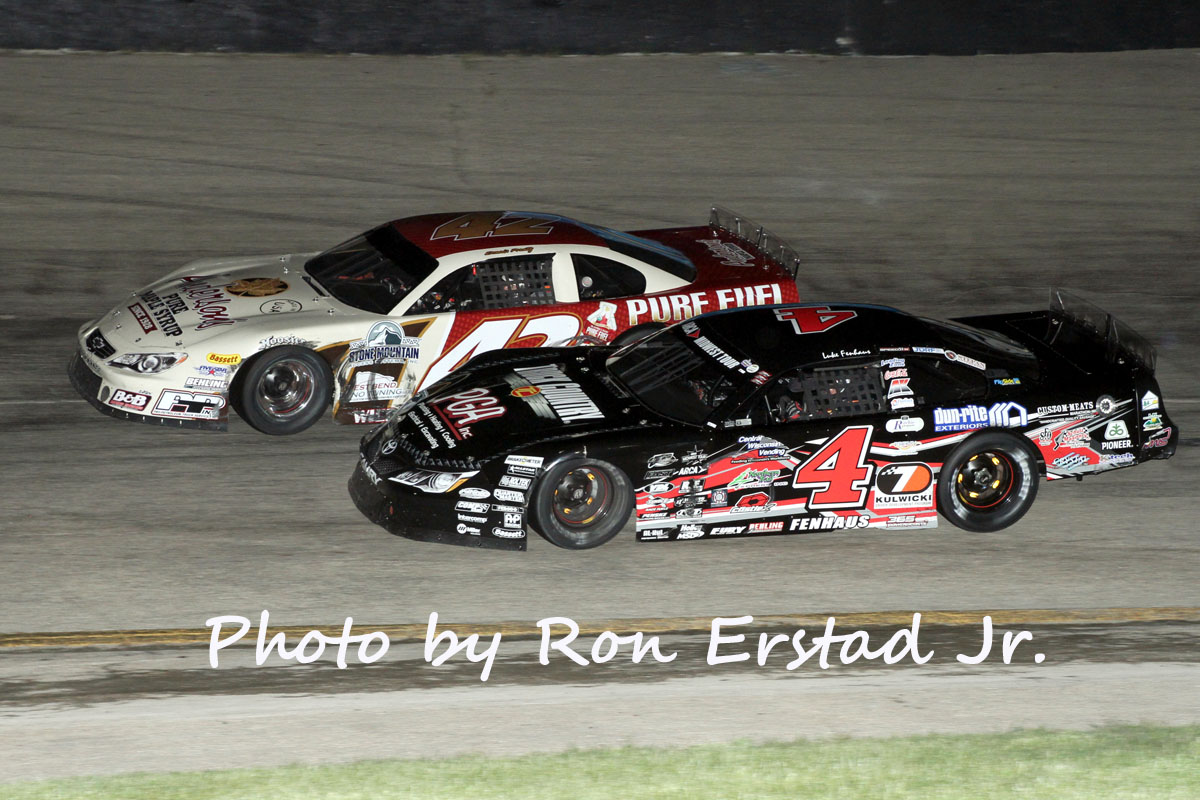 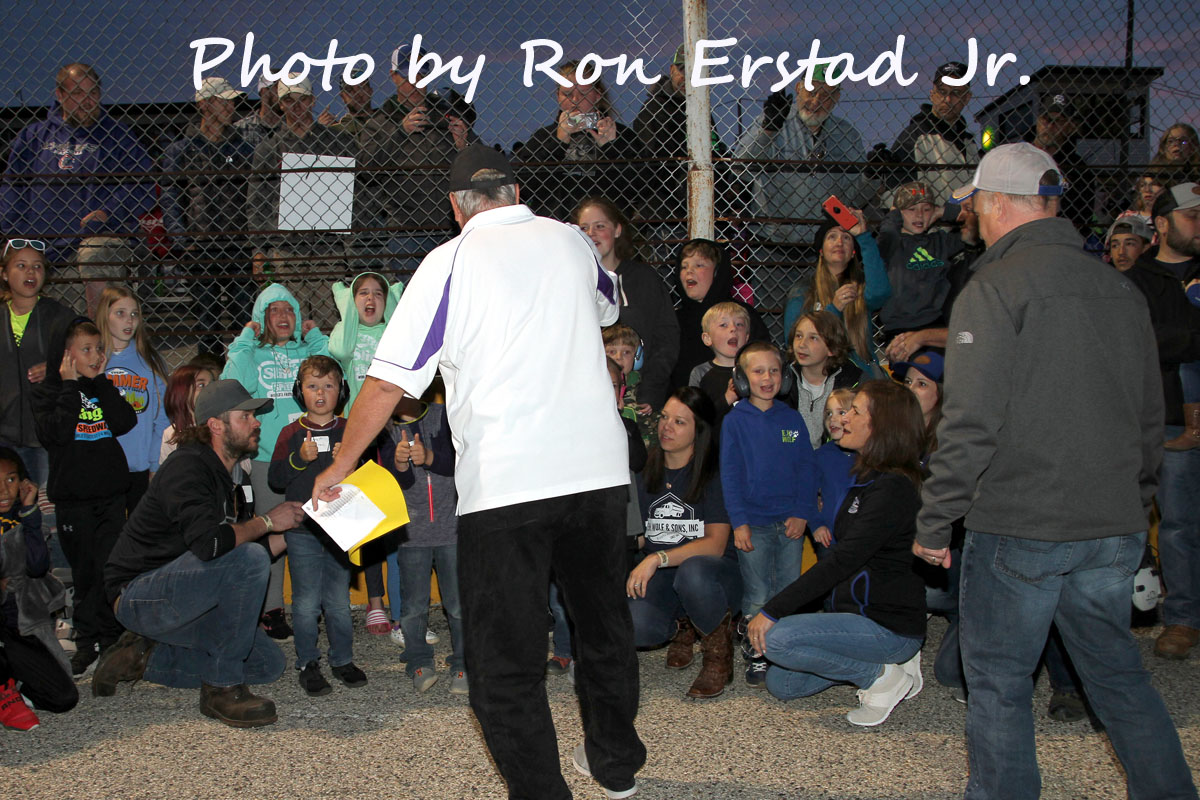 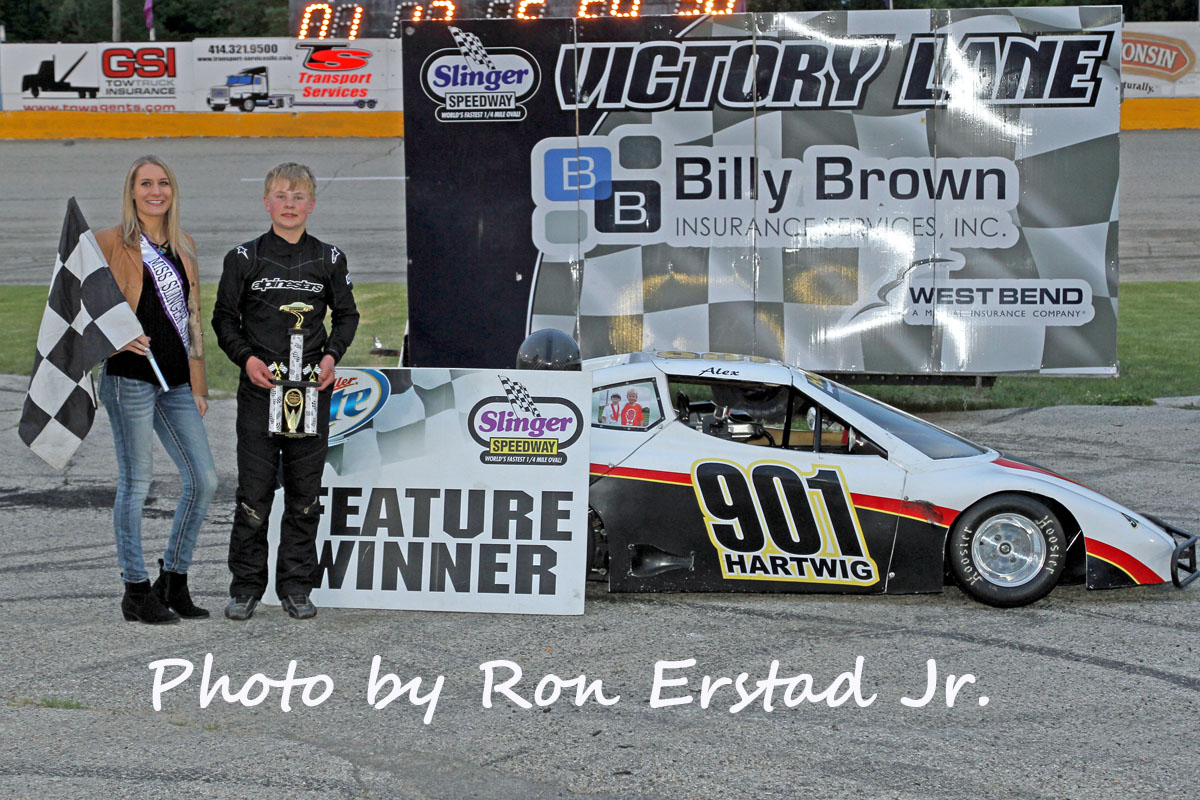 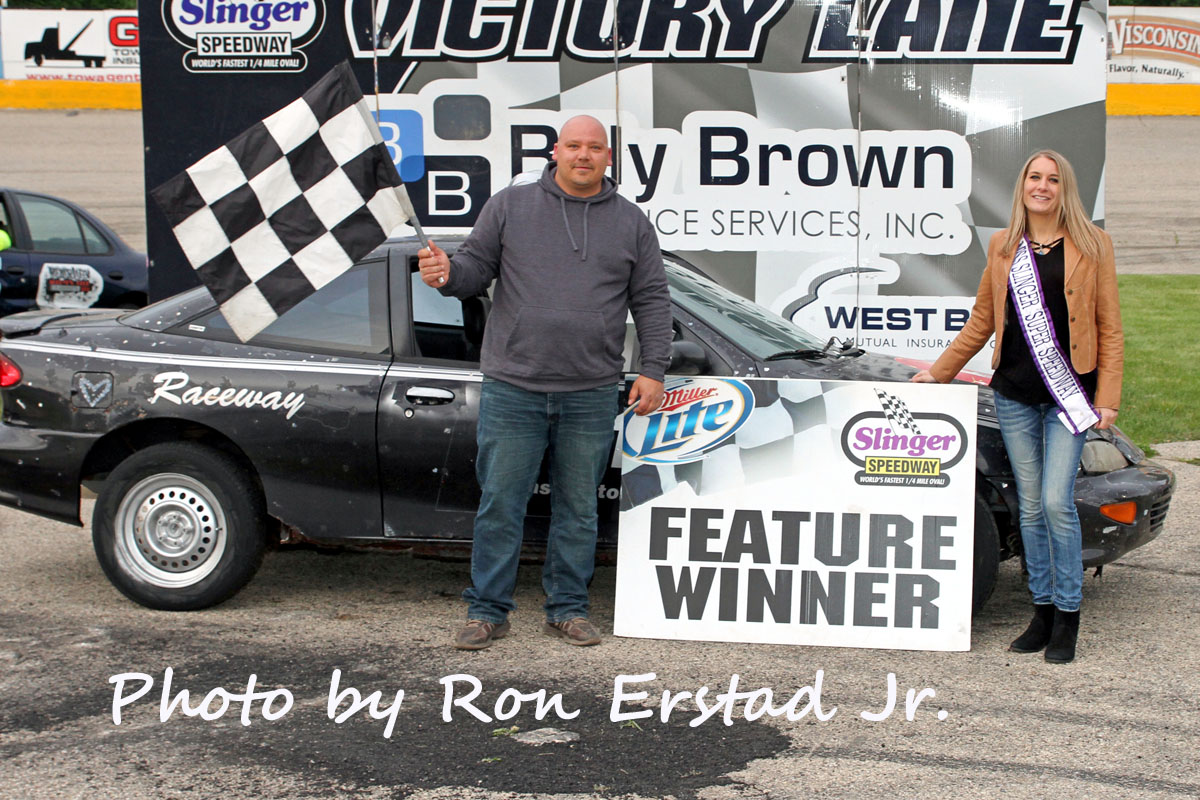 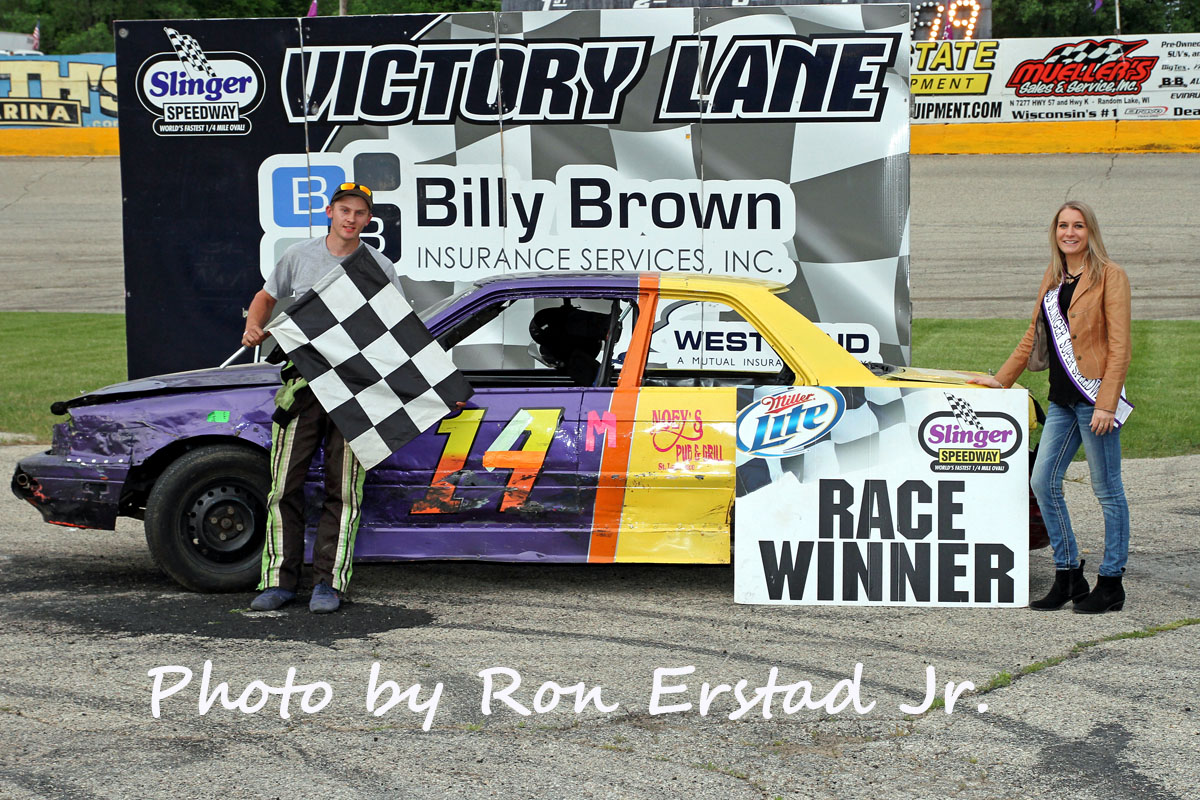 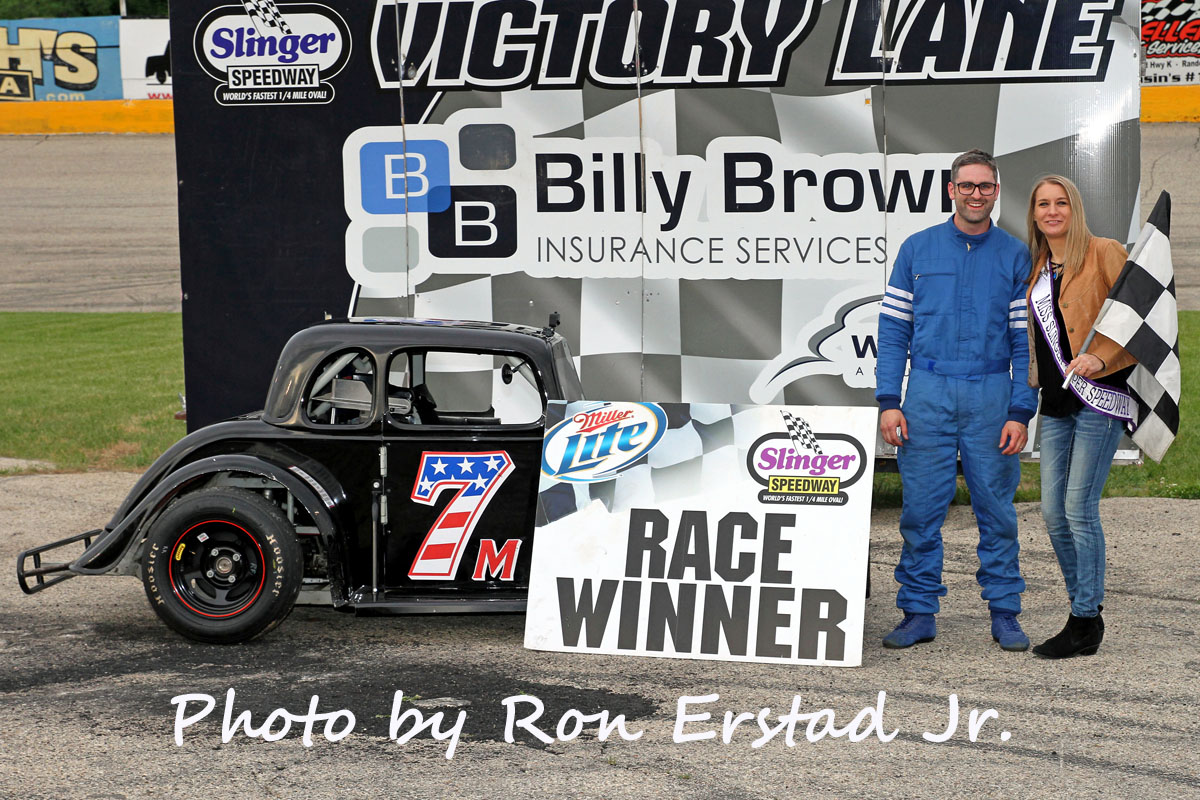 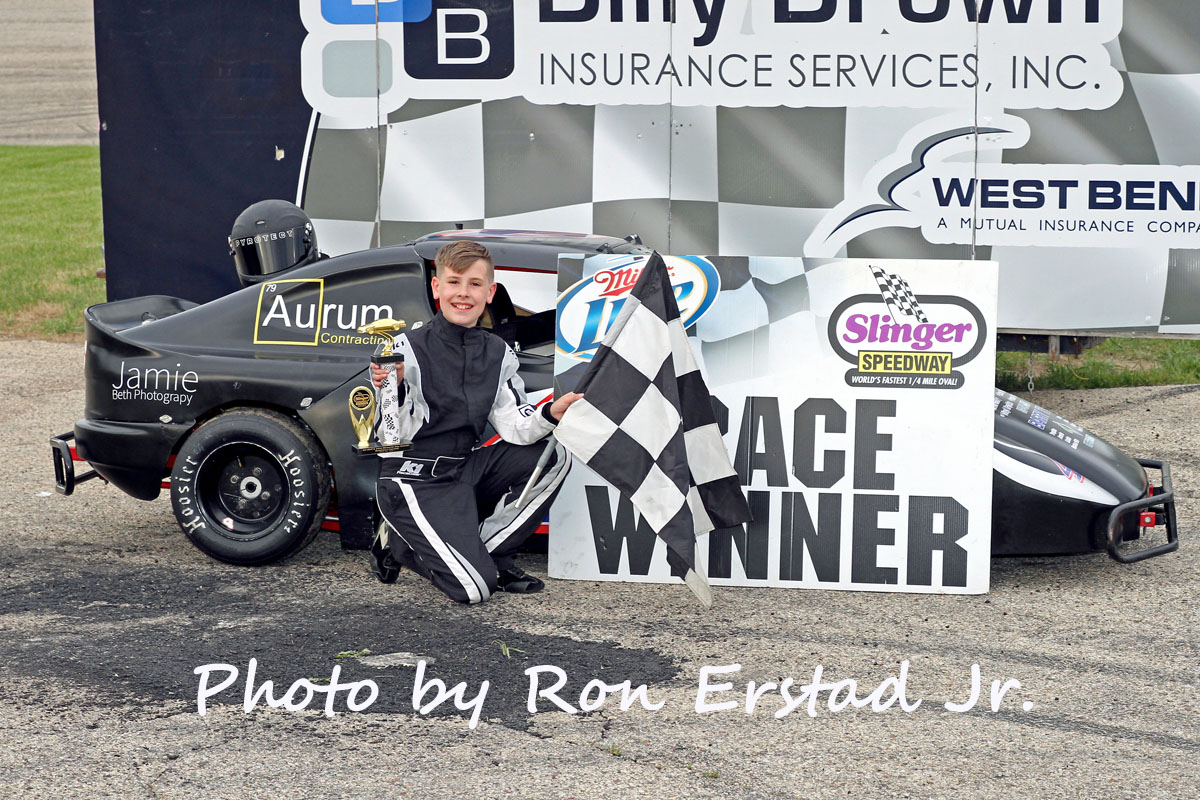 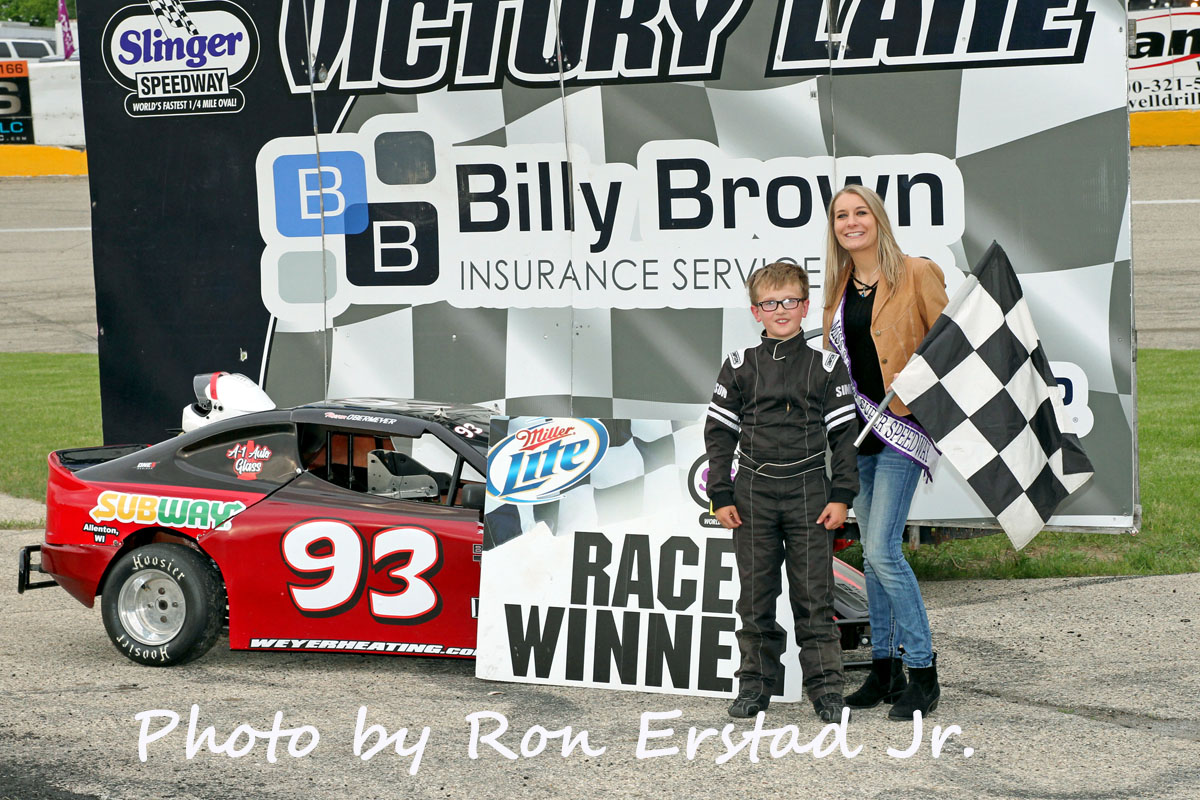 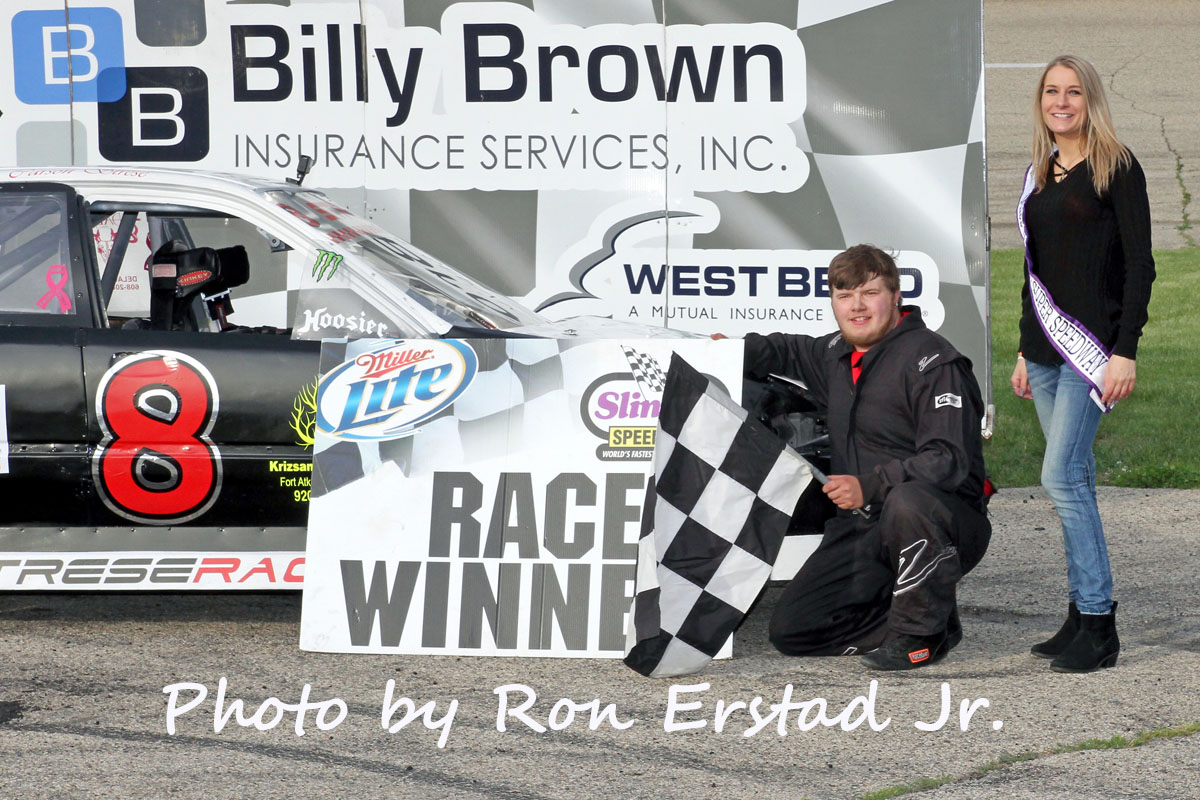 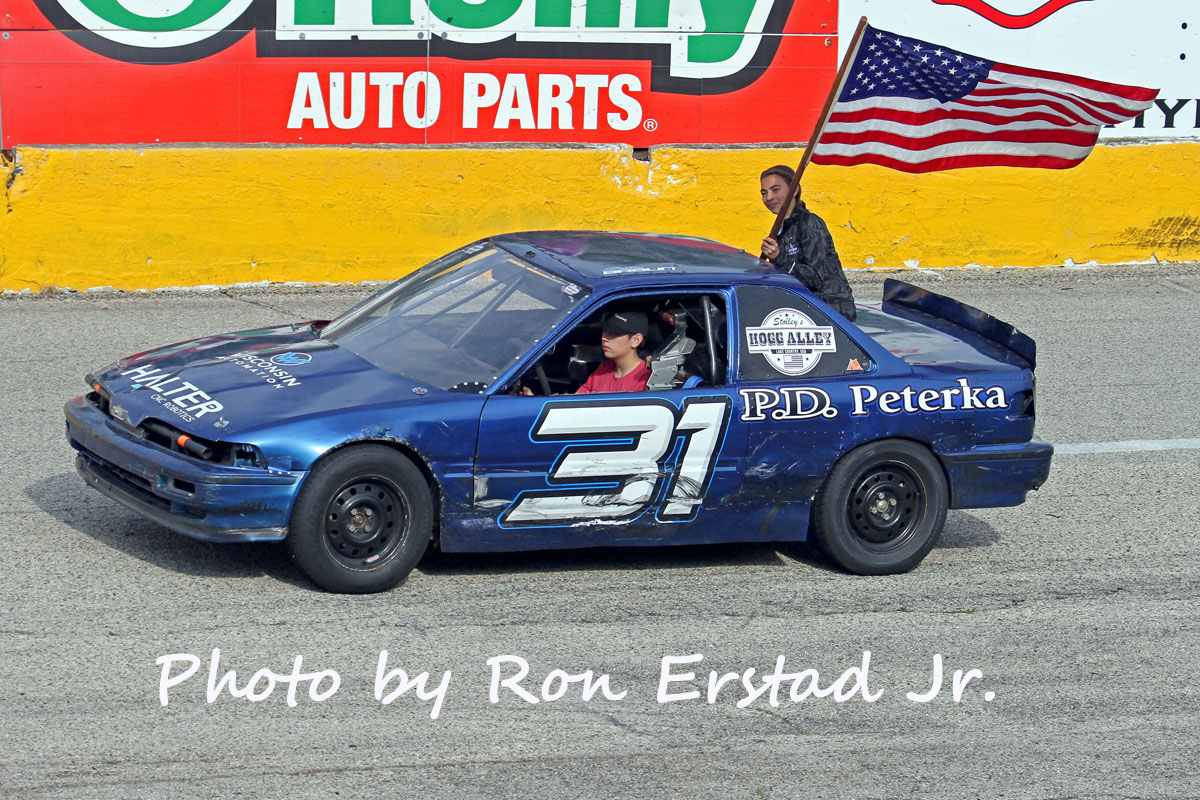 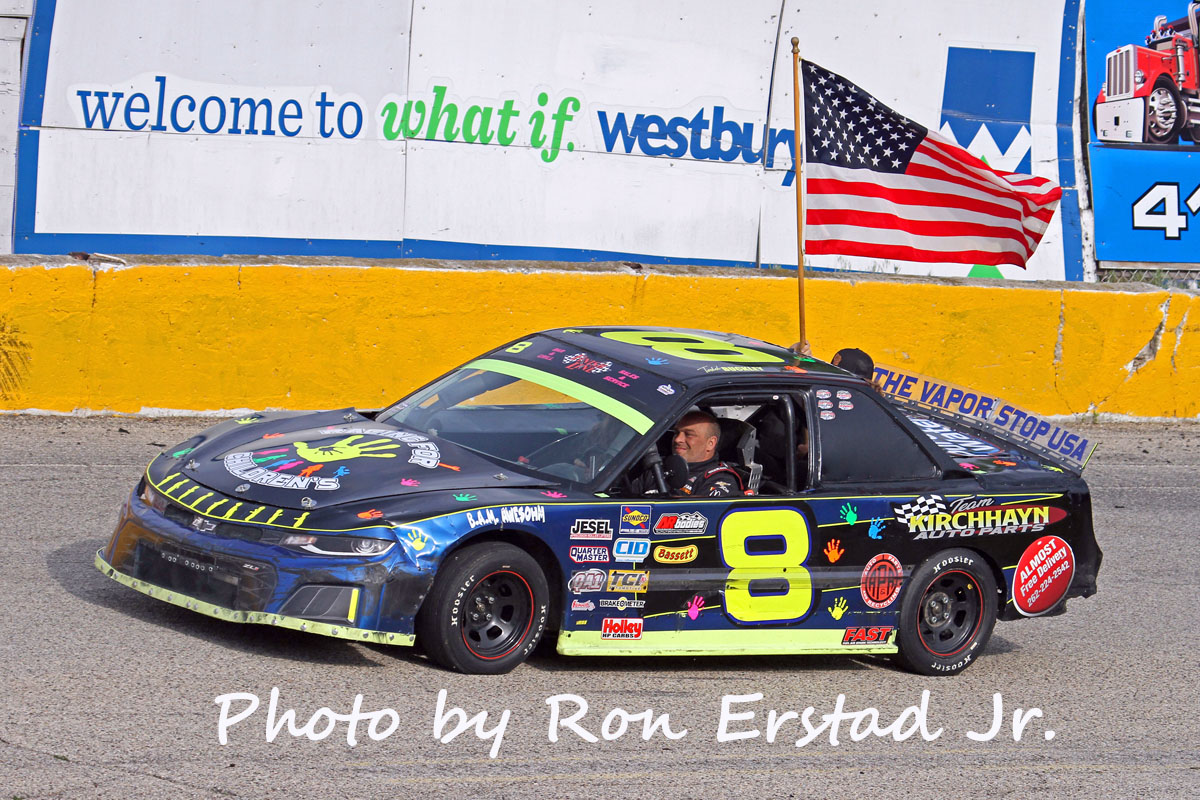 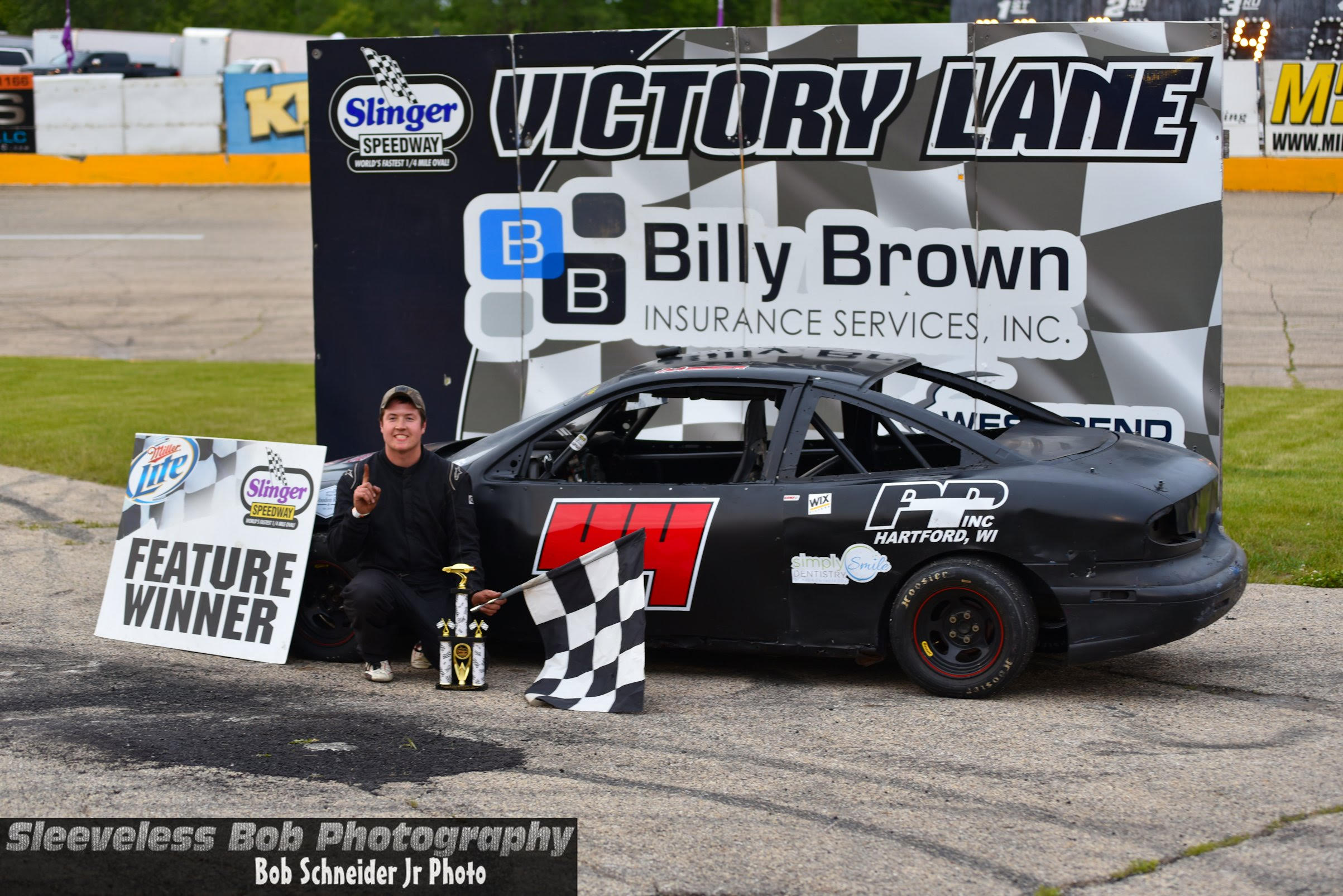