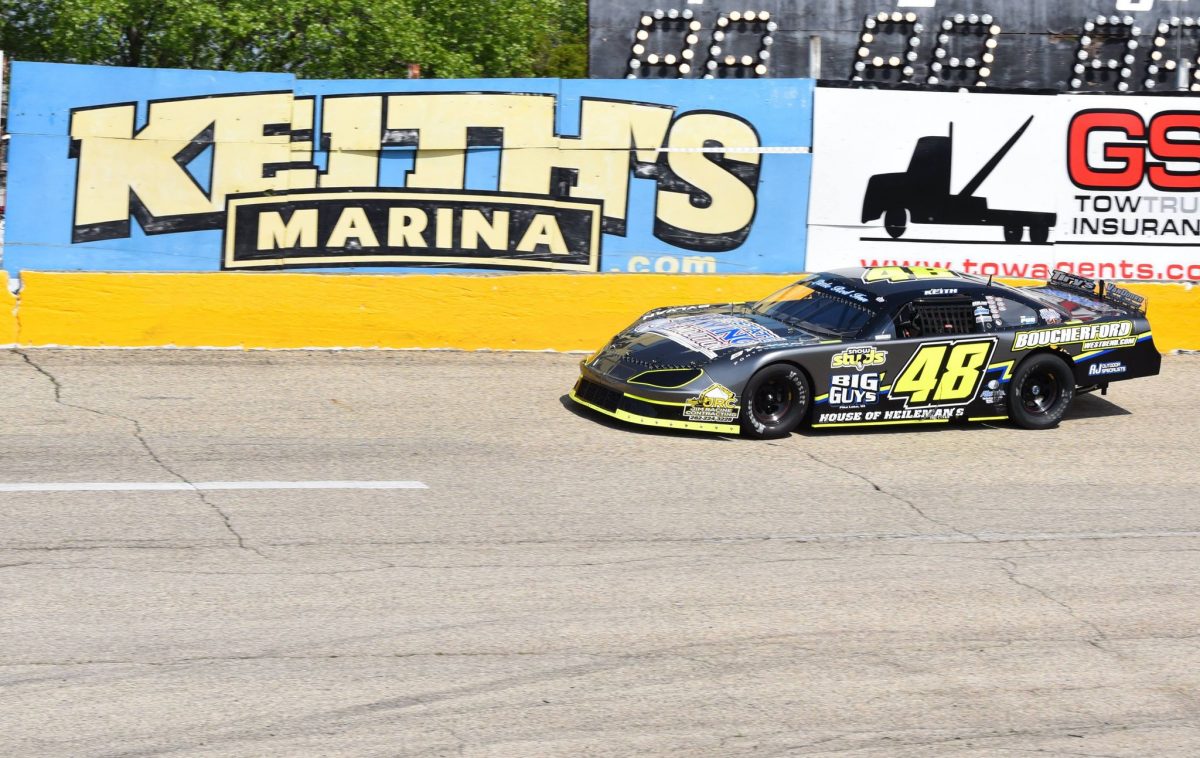 How did you get into racing?
When I was a junior in high school, there was an Enduro car and pickup truck combination for sale on the Wal-Mart bulletin board. As crazy as that sounds. My buddies and I were drinking beer and decided to go buy this whole conglomeration. We took the motor from the pickup and put it in the car and ran the Slinger Enduro…2001 it was. It got postponed because of 9/11 and then we ended up running a couple of weeks later. We blew up the motor and Troy Zagel worked at EVS in Saukville – he got me another motor. We went to Lake Geneva and actually ran really well there, so we decided to build a new car over the winter and started running full time in 2002.

What do you like about Slinger Super Speedway?
The diversity. You have to be pretty much spot on if you want a chance of winning. It’s close to home and you get to see a lot of family and friends who come out to support you.

Who do you need to thank?
Crew: I’ve had a lot of crew guys over the years, some have come and gone, some are still with us. Craig Claerbout, Ross Schuppel, Dusty Krebs, Steve LaMonte, Justin LaMonte, Mitch Cook, and Brian Heinonen–my spotter. Sponsors: Interstate Sawing, Keith’s Marina, Sylvan Boats, Gordie Boucher Ford, Let’s Get Roasted Catering, Tally Ho Restaurant, Pea Pod Photography, Jeff’s Spirits on Main, Little Red Inn, AJ Outdoors, Allstate Insurance-Penny Jo Zagel, Reed Racing Enterprises, Swede’s St Killian, Big Guys on Pike Lake. Anyone else: Pretty much my crew, as you can tell it’s 90 degrees out and they are here working on the car. It takes a lot, everyone is getting older and has families and it’s not always so easy to find time to help. I also need to thank my wife, Kelly, and kids, Hadley and Brayden, and my parents, Tim and Julie.

What is your real job?
I just recently started in Sales at Keith’s Marina. Before that, for 18 years I did all the rigging and a lot of grunt work. If anyone needs a boat, come see me!

Tell us about this Sunday night’s Race Against Cancer.
My dad is a big promoter of doing stuff to help people in the community or to just help people in general. Four years ago he got hooked up with Chix4ACause, and they kind of put their heads together and came up with this Race Against Cancer event. Over the years we’ve raised a lot of money, met a lot of new people, and had different people come to races who had never been there. They just saw that we were raising money for people with cancer. We had a bunch of people who were cancer survivors come out, and even people who have received money from this charity. All the money goes locally, it’s not for a nationwide deal. All money is given back in a small county area here. So hopefully this year will be our biggest one yet!

Do you have any pre-race superstitions, traditions, etc>
I don’t have any pre-race traditions, but I don’t ever have much of an appetite on Sundays until after racing is over. Usually my food before racing is Chewy Sprees, Swedish Fish, and some licorice. Ask my crew…there’s so much candy in the trailer! I’ll just walk in and out nibbling. I have no desire to eat.

How did you get your car number (#48)?
I was originally number 24 in the Enduro series. When I went Midwest Sportsman series racing in ‘03, number 24 was taken, so I just doubled the number. There was no other rhyme or reason behind it, just nobody had taken that number.

What is your favorite memory at Slinger?
2004 – Keith’s Marina night, which was 4th of July night. I won my first Midwest Sportsman feature…actually my first true feature of any type. [Craig Claerbout jumps in here and walks us through it…The last half of the race, you had a good 8-10 car lead and your dad was nervous as hell. I was watching with him, and I was like, “He can handle it, he’s just fine out there. He’s solid as a rock”. It wasn’t a nail biter, but it was one of those where it can only get worse, but it wasn’t going to happen. I think there was a restart with like 15 to go and you just controlled that and re-established your lead. It was not as nail-biting as your first Super Late Model win.]

What Slinger driver, past or present, do you respect the most?
Al Schill. I didn’t get to race against him a lot, but he was one of those guys who ran you clean. He liked drinking beer after the races, and always had good chicken in his trailer. Him and Gwen are just enjoyable people to have a beer with after the races. 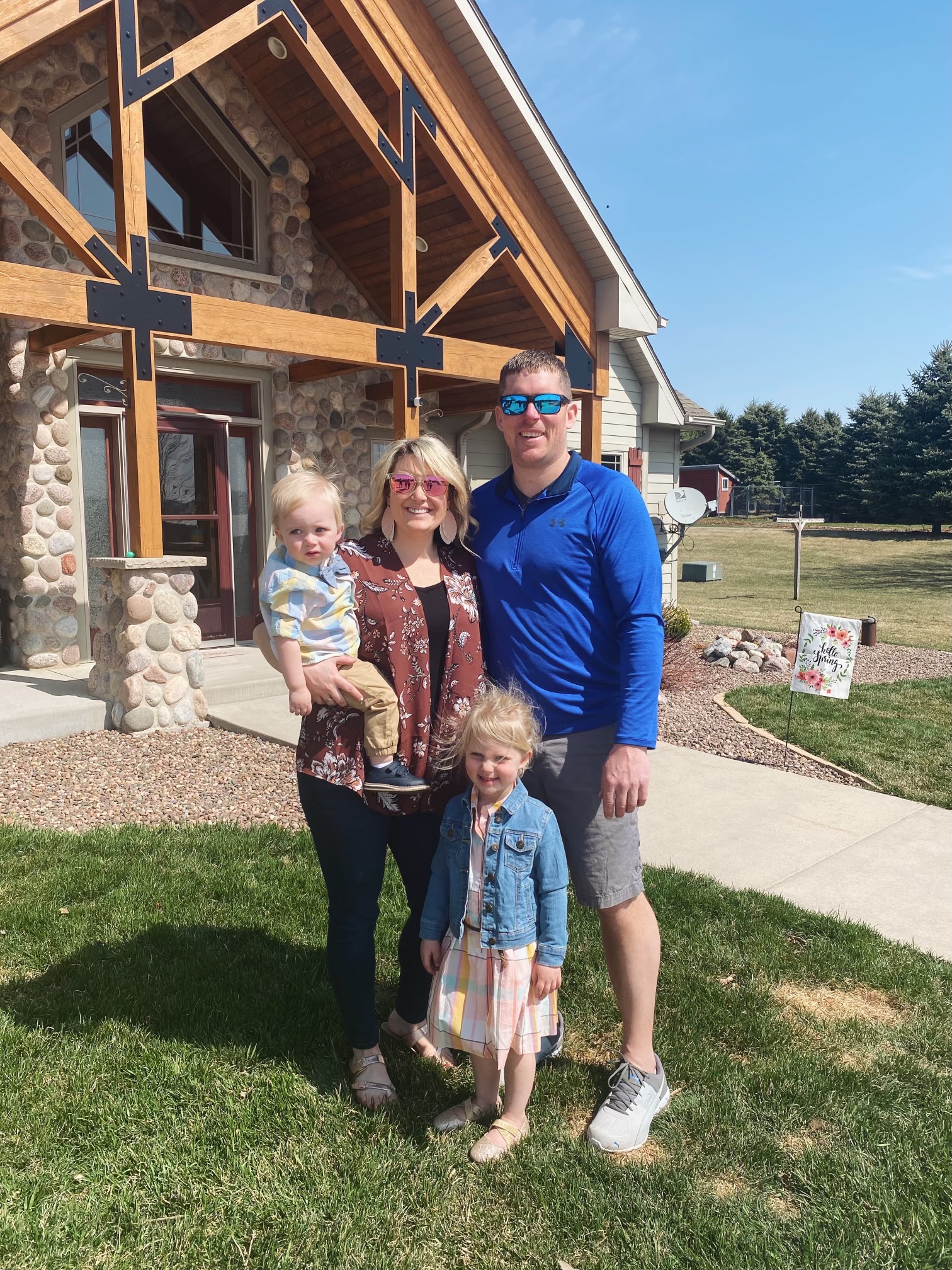